The European Union will increase financial aid and delivery of weapons to Ukraine, German Finance Minister Annalena Baerbock said on Monday ahead of a special Foreign Affairs Council in Brussels.

"We will increase financial means for the purchase of military goods to 1 billion euros, in order to make clear, we stand with full solidarity on Ukraine's side, we stand for the protection of the civil population in Ukraine," Baerbock told journalists.

Germany will also ensure that weapons sales from German producers will be carried out as quickly as possible. "Ukraine needs further weapons," she said, without providing any further details due to security concerns.

"This is about life and death, we are in the middle of a war and therefore absolute caution is needed about stating which weapons are to be delivered and where," Baerbock added.

"We are experiencing the Russian government continuing to escalate its rhetoric with regard to nuclear weapons as well as NATO territory," she said.

"We work on consequently closing sanction loopholes," she said. "Those who benefit from this war“ must be sanctioned, including their family members, Baerbock said.

A Russian attack on a shopping center in the Podilskyi district of the Ukrainian capital of Kyiv left at least eight people dead, according to the Ukrainian Prosecutor General.

Here's a look at before-and-after images of the shopping center:

The CEOs of ExxonMobil, JPMorgan, Bank of America and other major companies are scheduled to meet with top Biden officials at the White House on Monday to discuss Russia’s invasion of Ukraine, a White House official told CNN.

The off-the-record briefing will be hosted by the National Economic Council and National Security Council and will led by Treasury Secretary Janet Yellen, Commerce Secretary Gina Raimondo and other senior officials, the White House official said.

The meeting comes as the war in Ukraine, and the West’s punishing sanctions on Moscow, cast a shadow over the world economy. Supply disruptions impacting food, energy and other commodities threaten to exacerbate a 40-year high in inflation.

The summit will include business leaders from a cross-section of the economy, the White House official said, including the CEOs of oil producer ConocoPhillips, refinery giant Marathon Petroleum, clean energy company Invenergy, banking leader JPMorgan, manufacturers Dow and US Steel and food-and-agriculture firms Land O’Lakes and Cargill.

Separately, US President Joe Biden is scheduled to meet with leaders of Corporate America on Monday evening at the Business Roundtable’s Washington office.

That Business Roundtable meeting will focus on the US response to Russia’s war with Ukraine, the administration’s plans to lower costs for families, efforts to boost hiring and tackle the climate crisis, the White House said.

Ukrainian President Volodymyr Zelensky made an appeal to Germany to save the capital city of Kyiv, in a televised address to the nation on Monday.

Kyiv, used to be called a “new Berlin,” similar in its spirit of “openness, emotion, freedom in the squares, sincerity of the people, clubs and parties,” Zelensky said. “Now Kyiv is closed. It is silent in anticipation of a new air raid siren that will force people into shelters.”

Zelensky played a 20-second clip of an air raid siren, calling it a sound Ukrainians have been hearing "for hours, days and weeks."

"The sound of the siren is something Ukrainians live with, work with and try to sleep. They treat their wounds; they give birth to babies and die," he added.

Both Europe and Germans specifically "have the power" to place pressure on Russia, Zelensky said, saying that without "your trade, your companies and banks Russia will not have the money to fund this war."

He reiterated calls from Ukraine to close European ports to Russia, relinquish Russian energy sources and cut off the supply of goods to Russia.

"I am sure that peace is possible. But you must act to reach it. Each of you in Germany, in Europe. So that Kyiv could be called a new Berlin again, so that our streets and our squares are as safe as yours," Zelensky said.

On Twitter, the WHO said there have now been 52 verified attacks on health care in the past 25 days since Russia invaded Ukraine.

“This is unacceptable,” it tweeted. “Health care must always be protected.”

David Beckham handed over control of his Instagram account Sunday to a doctor in Ukraine in a bid to highlight the "amazing work" of medical professionals caring for patients amid the Russian invasion of the country.

Throughout Sunday, the former England football captain, who has been a UNICEF Goodwill Ambassador since 2005, enabled Dr. Iryna -- head of a perinatal center in Kharkiv -- to show his 71.6 million followers the conditions under which she and her colleagues are working.

During the takeover, organized by UN children's agency UNICEF, Iryna, who is identified only by her first name, posted clips and images from the facility in Ukraine's second-largest city on Beckham's Instagram Stories and revealed how the war had affected her role and the work of her team.

Iryna said she now works "24/7," adding that while her team were "probably risking (their) lives" working during the conflict, "we love our work." 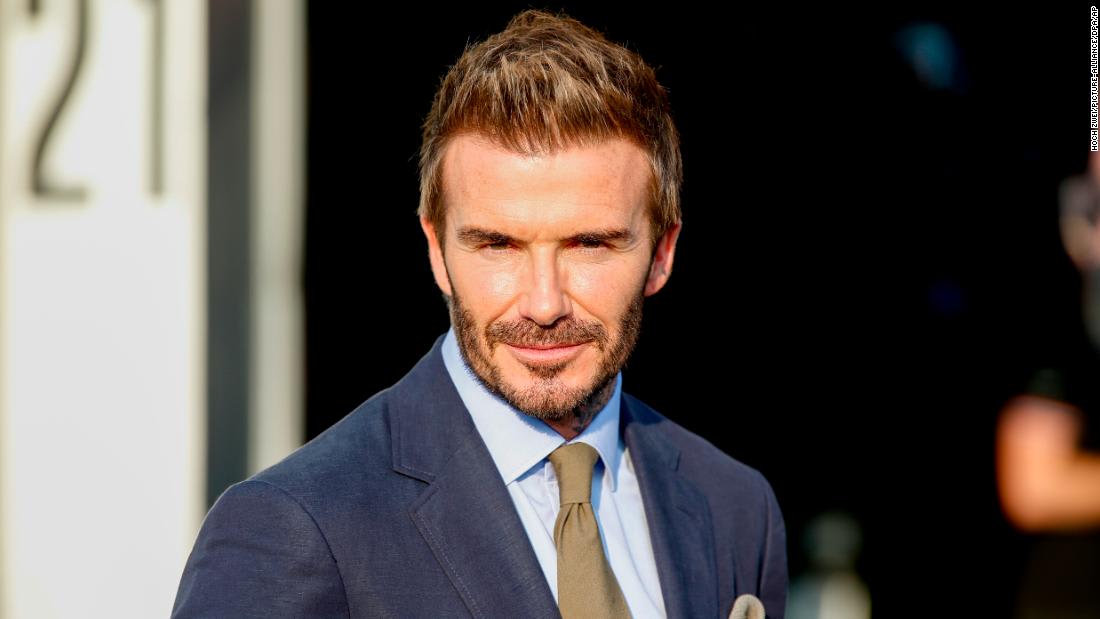 Ukrainian Defense Minister Oleksii Reznikov said the defenders of Mariupol had played a "huge role in destroying the enemy's plans," as he gave an update in which he claimed Russian forces were stalled elsewhere but acknowledged a "difficult situation" nationwide.

By confronting so much Russian firepower in Mariupol, Reznikov said on Facebook, "so many tens of thousands of lives throughout Ukraine were saved. Today Mariupol is saving Kyiv, Dnipro and Odesa. Everyone must understand this."

Reznikov claimed that Russian ground forces elsewhere were stalled. This, he said, was why Moscow was "making desperate attempts to push Belarusian troops into the hell of war in Ukraine."

Reznikov said Russia "no longer dreams of capturing Kyiv, and they are out of breath in the Chernihiv & Sumy regions and receiving painful blows near Kharkiv, in the Mykolaiv, Kherson and Luhansk regions." 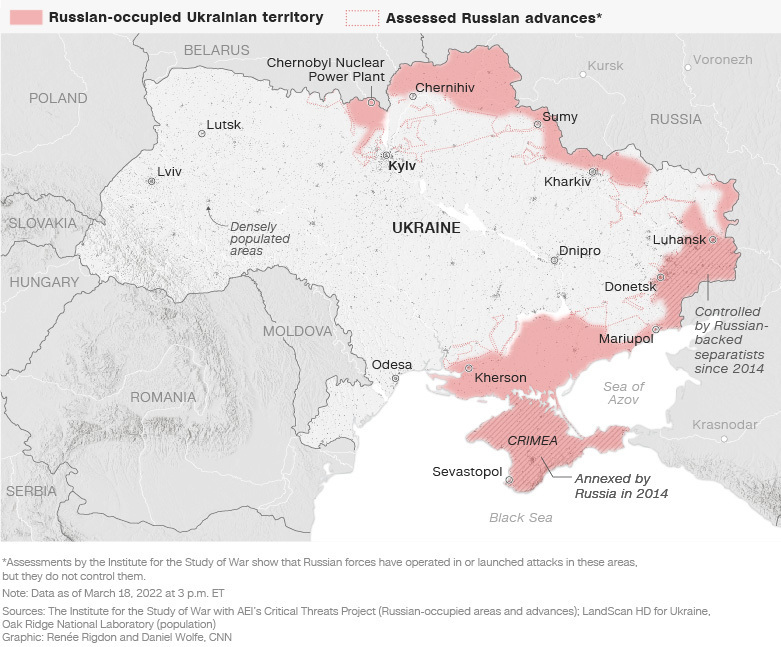 Chernihiv and Sumy, in the country's north, are surrounded and have been heavily damaged but are still under Ukrainian control. Meanwhile, the southern city of Kherson is occupied by Russian forces but has seen persistent civilian protests, and there were further protests at the weekend in the southeastern town of Enerhodar after the deputy mayor was detained.

Russian troops in southern Ukraine are “still attempting to circumvent (the southern city of) Mykolaiv as they look to drive west towards Odessa,” Britain's defense ministry said late Sunday. Russian naval forces, it said, "continue to blockade the Ukrainian coast and launch missile strikes on targets across Ukraine."

Kharkiv has been subject to heavy missile and rocket attacks since the invasion began on February 24 but is not yet completely surrounded, according to Ukrainian officials.

Reznikov said that after 25 days of combat, "we are taking losses. The enemy is destroying our cities and undermining our economy. The situation is very difficult.

"But as long as our army, which is reinforced by reserves, is preserved -- we will fight. And we will win!"

The fallout from Russia's invasion of Ukraine and its impact on food and energy markets could have serious effects on the fight to curb the climate crisis, the UN chief has warned.

UN Secretary General António Guterres said that "the fallout from Russia’s war in Ukraine risks upending global food and energy markets -- with major implications for the global climate agenda," in comments to The Economist Sustainability Summit.

"As major economies pursue an 'all-of-the-above' strategy to replace Russian fossil fuels, short-term measures might create long-term fossil fuel dependence and close the window to 1.5 degrees. Countries could become so consumed by the immediate fossil fuel supply gap that they neglect or knee-cap policies to cut fossil fuel use," he added.

A major UN-backed report, published last month, found the impacts from human-caused climate change were larger than previously thought and warned of irreversible impacts if the world exceeds 1.5 degrees Celsius of global warming.

Some background: Following Russia's invasion of Ukraine, the prices of key agricultural products produced in the region have skyrocketed. The biggest problem is wheat, a pantry staple. Supplies from Russia and Ukraine, which together account for almost 30% of global wheat trade, are now at risk. Global wheat prices hit an all-time high earlier this week.

Another major problem is access to fertilizer. Essential for farmers to hit their production targets for crops, it's never been more expensive, as exports from Russia grind to a halt. Output in Europe has also plunged thanks to the surging price of natural gas, a key ingredient in nitrogen-based fertilizers like urea.

The situation is ringing alarm bells for global health experts. The cost of corn, soybeans and vegetable oils has been jumping, too.

The Russia-Ukraine crisis has also sent oil prices surging over the past month, driving gasoline prices in the United States to record levels. Although prices have since pulled back from their recent highs, oil soared back above $100 a barrel on Thursday on renewed concerns about the impact to Russian energy suppliers. 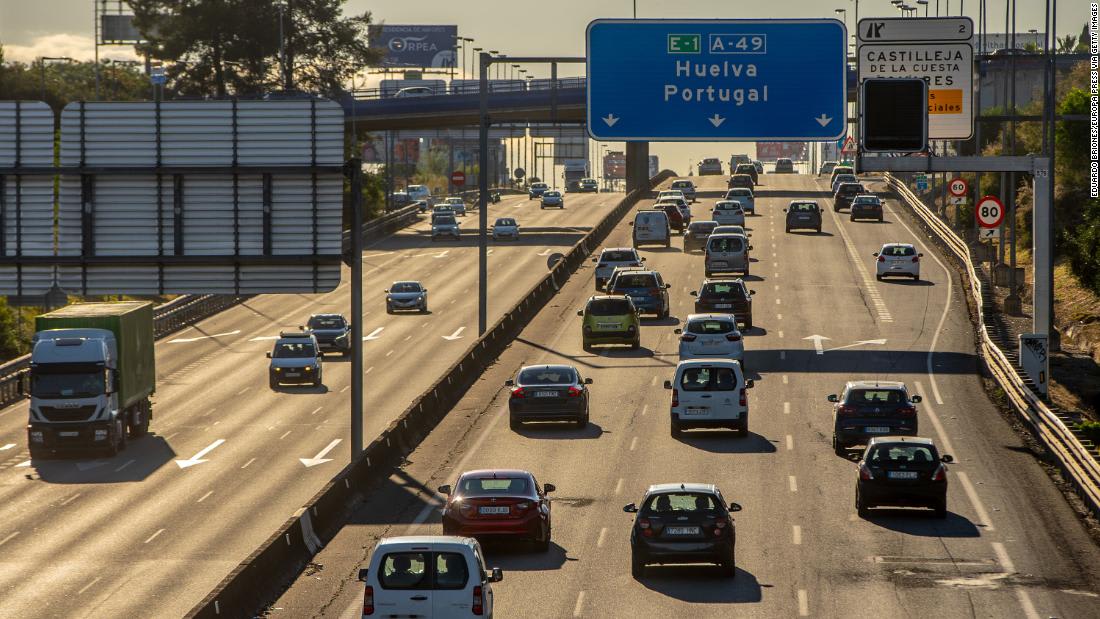 Actors Mila Kunis and Ashton Kutcher have raised over $30 million for Ukrainian refugees who are fleeing the country amid the ongoing Russian invasion.

The couple, who first rose to fame on the sitcom "That '70s Show," previously vowed to match all donations to the fundraiser up to $3 million.

In a video shared on Kutcher's Instagram, the couple thanked supporters for their donations. "Over 65,000 of you donated," said Kunis. "We are overwhelmed with gratitude for the support."

She pointed out that while the donations will not solve the crisis, "our collective effort will provide a softer landing for so many people as they forge ahead into their future of uncertainty." 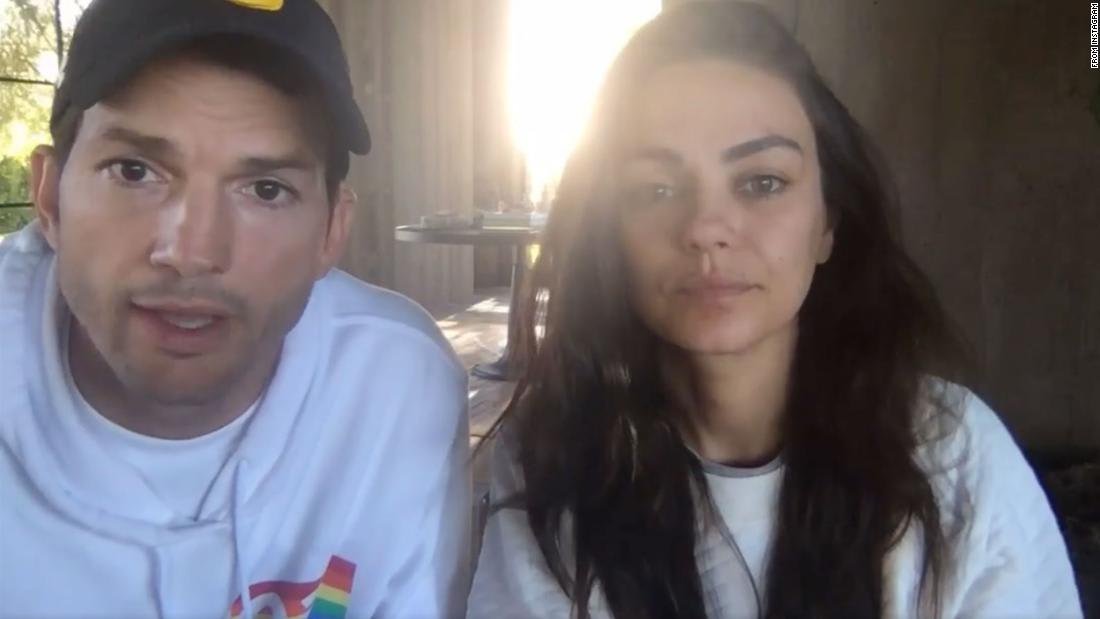