Ukrainian President Volodymyr Zelensky on Sunday called the Russian siege of the port city of Mariupol a "humanitarian catastrophe," claiming that Russian forces had taken over 2,000 children out of the city as part of what Ukrainian officials have described as a wave of civilian deportations to Russia.

Asked in an interview with independent Russian journalists to describe the situation, Zelensky said, "The reality is this: The city is blocked by the Russian military. All entrances and exits from the city of Mariupol are blocked. The port is mined. A humanitarian catastrophe inside the city is unequivocal, because it is impossible to go there with food, medicine and water. The Russian military is shelling humanitarian convoys. Drivers are being killed."

Zelensky added that Russian forces have engaged in the "forcible removal of people" to Russia.

"According to our information, more than two thousand children were taken out, that means stolen," Zelensky said. "Their exact location is unknown. They can be there with or without parents. All in all, it's a disaster. I can't tell you what that looks like at all. It's scary. They hold them like souls for an exchange fund."

CNN cannot independently verify claims about the number of children taken out of Mariupol and other towns into Russia. A pro-Russian separatist on Sunday said around 1,700 people are being "evacuated" daily to Russia from Mariupol and other cities.

Zelensky painted a grim picture of the situation in the city, which has been shattered by weeks of fighting.

"To make you understand in the city there are corpses lying on the roads, on the sidewalks," he said. "Corpses are just lying around – no one cleans them – of Russian soldiers and citizens of Ukraine."

The Russian military on Sunday confirmed strikes on fuel depots in Lviv and outside of Kyiv Saturday, saying it had targeted fuel supplies for Ukrainian troops.

At least five people were reportedly injured after at least two missiles struck Lviv, a city in western Ukraine that had been previously spared the worst of Russia's brutal onslaught.

Ukrainian President Volodymyr Zelensky has repeated his plea to international partners for stronger military assistance, saying his country is only asking for 1% of NATO's tanks and planes. In a video message posted to social media Saturday, Zelensky said the need to strengthen common security in Europe was raised during his two conversations with Polish President Andrzej Duda.

Here are more of the latest headlines in the Russia-Ukraine conflict:

The next round of talks between Russia and Ukraine will be held in the Turkish city of Istanbul on Tuesday, according to the Turkish presidency.

A statement from the Turkish Presidency's Communications Directorate said during a phone call on Sunday that Turkish President Recep Tayyip Erdogan and his Russian counterpart Vladimir Putin "agreed that the next meeting of the Russian and Ukrainian delegations will be held in Istanbul."

Erdogan and Putin discussed the "latest situation in the Russia-Ukraine war" and the negotiation efforts between Russia and Ukraine, according to the Turkish Presidency readout of the call.

"During the meeting, President Erdogan underlined the necessity of establishing a ceasefire and peace between Russia and Ukraine as soon as possible and improving the humanitarian situation in the region and stated that Turkey will continue to contribute in every possible way during this process," the statement continued.

Brig. Gen. Kyrylo Budanov, the head of Ukraine's Defense Intelligence Agency, said Russia’s operations around Kyiv had failed and it was now impossible for the Russian army to overthrow the Ukrainian government. Putin’s war was now focused on the south and the east of the country, he said.

“There is reason to believe that he is considering a 'Korean' scenario for Ukraine. That is, [Russian forces] will try to impose a dividing line between the unoccupied and occupied regions of our country. In fact, it is an attempt to create North and South Korea in Ukraine.”

Budanov said Russia remained intent on establishing a land corridor from the Russian border to Crimea, and said he expected to see an attempt to unite Russian-occupied territories into a single entity.

“We are already seeing attempts to create "parallel" authorities in the occupied territories and to force people to give up [the Ukrainian] currency,” Budanov said, adding that he expected Ukrainians to resist Russia’s political efforts.

The lengthy video interview, posted in full on Zelensky's Telegram channel, featured questions from some of Russia's most prominent independent journalists, including author Mikhail Zygar and Tikhon Dzyadko, the editor-in-chief of the recently shuttered channel TV Rain.

"Russia must know the truth," Zelensky said. "Russian journalists from the Zygar YouTube channel, TV Rain, the Meduza portal, and the Kommersant and Novaya Gazeta publications received answers to all questions."

Roskomnadzor followed with a statement on Telegram noting that some of the outlets have formally been branded as "foreign agents" by the Russian government.

"Roskomnadzor warns the Russian media not to publish this interview," the statement said. "The media outlets conducting the interviews will be subject to scrutiny to determine the extent of responsibility and the appropriate response to be taken." 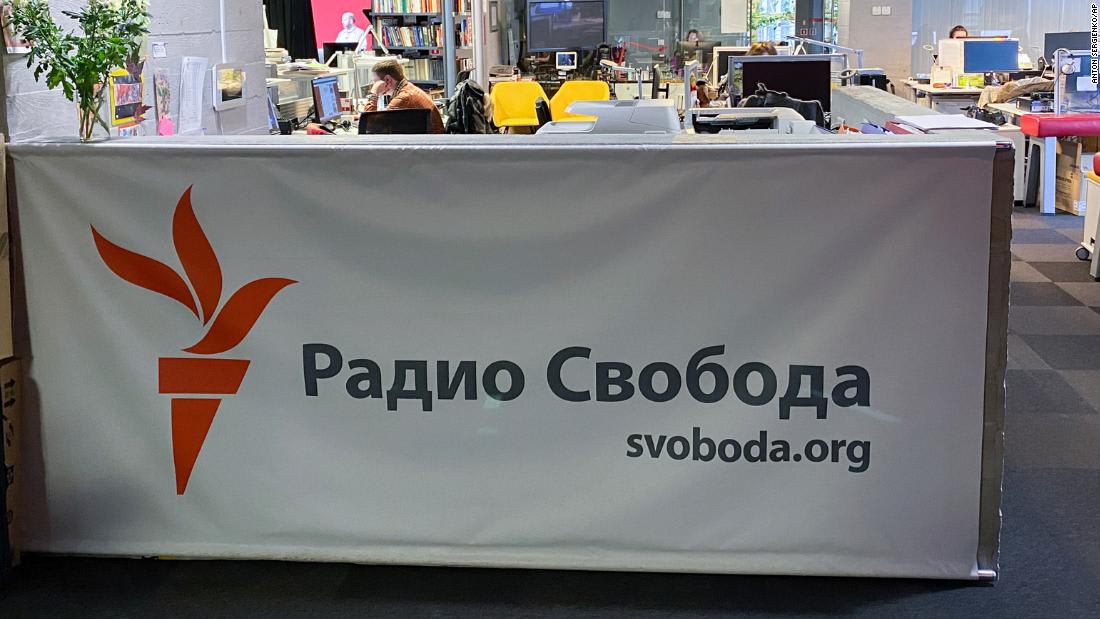 "On March 28, the educational process will resume in the capital — in online format," Klitschko said in a statement on Telegram. "It will be more adapted to current conditions. And using different educational platforms for students."

Klitschko added: "An important task today is for the city to live and work even under such strict martial law. They [the Russians] are trying to intimidate us. That will not work! We will not give up!"

Qatar’s Minister of Foreign Affairs, Sheikh Mohammed bin Abdulrahman Al-Thani, told CNN’s Becky Anderson in an interview that investment in Russia is currently “under a lot of review” and Qatar is not thinking about increasing its investments there until there is a “better environment and more political stability.”

“Right now with the current situation we are not thinking about any new investments there. Even in Europe, until we have some clarity on the stability of the situation … Well, not entire Europe, but the areas where we are feeling that there are some tensions or we might have any political risk, because we have to look at it from all the dimensions,” Al-Thani told CNN on the sidelines of the Doha Forum.

The Qatar Investment Authority (QIA) has sizable investments in the Russian oil giant Rosneft, which Al-Thani said was a decision made based on “commercial assessment and is still ongoing,” however, will not increase for the time being.

While Qatar’s stance is against any act of aggression or the use of power against a sovereign country, the foreign minister says he has been keeping his communication channels open with all parties. He said he speaks to his Russian and Ukrainian counterparts frequently to “offer our help or contribution to de-escalate the situation and put an end to this war," and was in Moscow recently meeting with Russian Foreign Minister Sergey Lavrov.

“What I believe and from my conversation with my counterpart there in Russia is that they are willing to engage on the demands that they have put forward. Now, how far the Ukrainian government is willing to give on those demands, this is really the Ukrainian government and Ukrainian people’s decision … We should focus on having a ceasefire, humanitarian corridors, bringing the humanitarian assistance to Ukraine and instead of having this conflict and disagreement in a battlefield, to be around the table,”

Qatar has often played a mediation role in de-escalating conflicts and bringing adversaries to the table, especially between the Taliban and the United States and between the West and Iran over the JCPOA. The Foreign Minister told CNN he believes this policy is the best way forward.

The French foreign minister Jean Yves Le Drian said during the Doha Forum that there will be "collective guilt" if we do nothing to help Mariupol.

Speaking at the Doha Forum to CNN's Becky Anderson, Le Drian said "there is an invading power, which to reach its own ends, it is taking a population hostage in Mariupol. This is truly unacceptable."

"I think we're at a tipping point where beyond the Ukrainian crisis, the parameters of stability and security in Europe are challenged," he added.

The next round of negotiations between Ukraine and Russia will be held live from March 28-30 in Turkey, Ukrainian negotiator David Arakhamia said on Facebook.

He did not specify where in Turkey the two delegations would meet as of Monday.