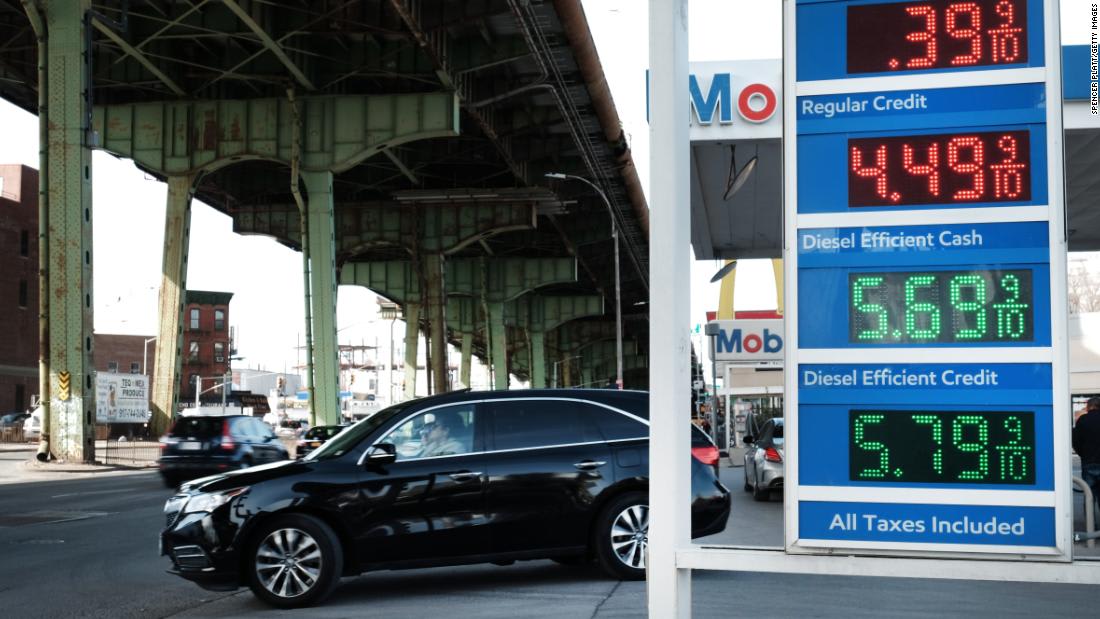 Half of the Ukrainian city of Irpin has been destroyed, according to Oleksandr Markushin, the city's mayor.

Markushin revealed the assessment during a press conference on Wednesday, saying “We can see 50% of the city and the critical infrastructure has been destroyed and the rubble has not been cleared yet."

Russian forces had attacked the city of Irpin in recent days, but the city is now under full Ukrainian control as Ukrainian forces fought back, according to the mayor in a separate CNN interview earlier Wednesday.

The mayor said that despite the fighting, many individuals still remain in the city.

“Of the restored water and energy supply, this has not yet happened and it is too dangerous because the city is constantly shelled,” Markushin also shared.

British Foreign Secretary Liz Truss is visiting India on Thursday as part of a “diplomatic push” to counter Russia’s invasion of Ukraine, according to a news release from the British Foreign Office on Wednesday.

“In a meeting with India’s External Affairs Minister Subrahmanyam Jaishankar, the Foreign Secretary will say Russia’s invasion of Ukraine underlines the importance of democracies working closer together to deter aggressors, reduce vulnerability to coercion and strengthen global security”, it added.

The foreign minister “wants to counter Russia’s aggression and reduce global strategic dependence on the country ahead of key NATO and G7 meetings next week,” it also added.

“Deeper ties between Britain and India will boost security in the Indo-Pacific and globally, and create jobs and opportunities in both countries,” Truss said.

“This matters even more in the context of Russia’s unprovoked invasion of Ukraine and underlines the need for free democracies to work closer together in areas like defense, trade and cyber security,” she added.

“India is an economic and tech powerhouse, the world’s largest democracy and a great friend of Britain, and I want to build an even closer relationship between our two nations,” she also said.

The head of British spy agency Government Communications Headquarters (GCHQ) said Putin has massively misjudged the situation in Ukraine and that some Russian soldiers have refused to carry out orders.

Speaking during a trip to Canberra on Thursday at the Australian National University, Sir Jeremy Fleming, Director of GCHQ, the UK's Intelligence, Cyber and Security Agency said, “it increasingly looks like Putin has massively misjudged the situation. It’s clear he misjudged the resistance of the Ukrainian people.”

Fleming said Putin over-estimated the abilities of the Russian military to secure a quick victory.

“We’ve seen Russian soldiers — short of weapons and morale — refusing to carry out orders, sabotaging their own equipment and even accidentally shooting down their own aircraft,” he said without specifying when or where this took place.

“Even though we believe Putin’s advisers are afraid to tell him the truth, what’s going on and the extent of these misjudgments must be crystal clear to the regime,” he said.

Fleming also said the National Cyber Security Center has seen “sustained intent from Russia to disrupt Ukrainian government and military systems” and has seen indicators suggesting Russia’s cyber actors are looking for targets in countries that oppose the Kremlin’s actions.

He also said it is “clear” that Russia is using mercenaries and foreign fighters to support its forces — including the Wagner group.

“The group works as a shadow branch of the Russian military, providing implausible deniability for riskier operations,” Fleming said, adding that Wagner is now prepared to send large number of personnel into Ukraine to fight on the Russian side.

“They are looking at relocating forces from other conflicts and recruiting new fighters to bolster numbers,” he said, “These soldiers are likely to be used as cannon fodder to try to limit Russian military losses.”

On the role of China, Fleming said there are risks for Russia and China associated with the two countries aligning too closely on the Ukraine conflict.

“Russia understands that long term, China will become increasingly strong militarily and economically. Some of their interests conflict; Russia could be squeezed out of the equation,” he said.