President Joe Biden said Tuesday the atrocities being uncovered in Ukraine qualify as genocide, a designation he'd previously avoided but that he now believes is warranted as scenes of devastation emerge from towns once overrun by Russian troops.

"I called it genocide because it's become clearer and clearer that (Russian President Vladimir) Putin is just trying to wipe out even the idea of being Ukrainian. The evidence is mounting," Biden told reporters in Iowa after using the term earlier in a speech.
"It's different than it was last week, the more evidence that's coming out," he continued. "Literally, the horrible things that the Russians have done in Ukraine — and we're going to only learn more and more about the devastation."
"We'll let the lawyers decide, internationally, whether or not it qualifies," he concluded, "but it sure seems that way to me."

It was a dramatic rhetorical escalation in the US view of what is happening on the ground in Ukraine, which Biden has previously deemed war crimes. And it appeared to be the latest example of the President allowing his emotion-driven views of the war to outpace official US policy toward the conflict, even as he was voicing a position held by many Americans horrified by the scenes of brutality in Ukraine.

"True words of a true leader @POTUS," Zelensky wrote on Twitter. "Calling things by their names is essential to stand up to evil. We are grateful for US assistance provided so far and we urgently need more heavy weapons to prevent further Russian atrocities." 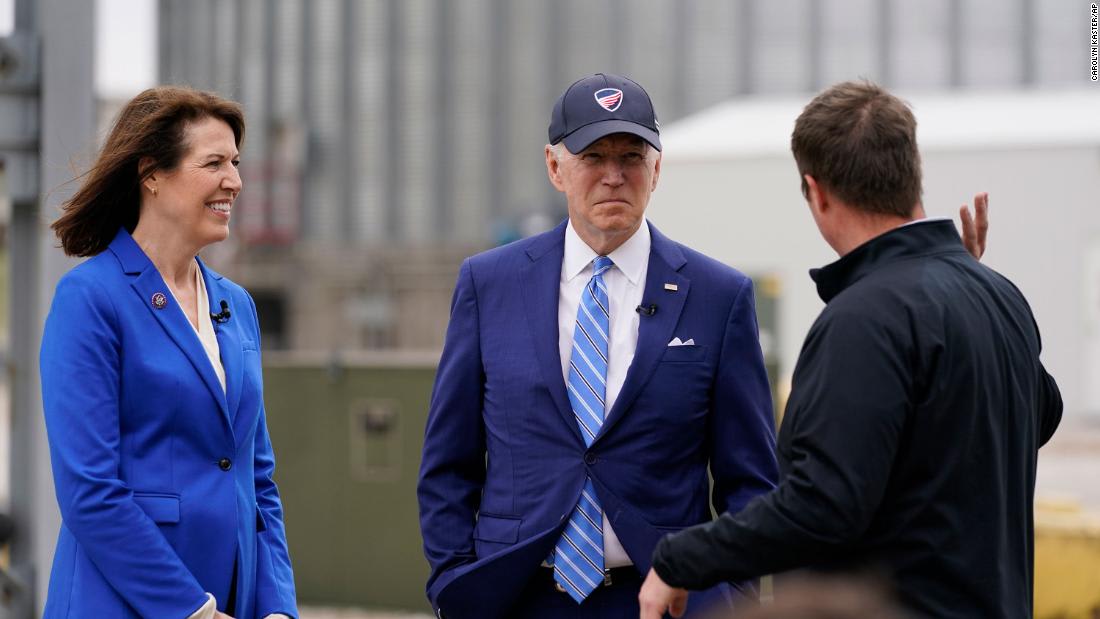 Zelensky posted a photo of a handcuffed and disheveled-looking Medvedchuk wearing fatigues, with the caption: "A special operation was carried out thanks to the SBU [the Security Service of Ukraine]. Well done! Details later."

Prior to Russia's invasion, Medvedchuk had faced allegations of treason in Ukraine and had been under house arrest. His whereabouts had been unknown in the weeks following the invasion. Some observers speculated that Medvedchuk or one of his allies might be the Kremlin's preference to lead a puppet government in Ukraine if the Feb. 24 invasion succeeded in toppling Zelensky.

Putin ties: Medvedchuk was sanctioned by the US in 2014 "for threatening the peace, security, stability, sovereignty, or territorial integrity of Ukraine, and for undermining Ukraine’s democratic institutions and processes."

But the businessman also served as a go-between for Moscow and Kyiv after the outbreak of the Donbas conflict in 2014 by leveraging his personal ties with Putin. In a 2019 interview with filmmaker Oliver Stone, Putin acknowledged that he was godfather to Medvedchuk's daughter.

"I would not say that we are very close but we know each other well," Putin said. "He was [former Ukrainian] President [Leonid] Kuchma’s chief of staff, and it was in this capacity at the time that he asked me to take part in the christening of his daughter. According to Russian Orthodox tradition, you can't refuse such a request."

Medvedchuk also had notoriety in Ukraine for his role as the Soviet state-appointed defense attorney for the Ukrainian dissident poet Vasyl Stus, who died in a Soviet labor camp in 1985.

In a statement, SBU head Ivan Bakanov said, "You may be a pro-Russian politician and work for the aggressor state for years. You may hide from justice lately. You may even wear a Ukrainian military uniform for camouflage … But will it help you to escape punishment? Not at all! Shackles are waiting for you. And for the same traitors of Ukraine as you!"
Bakanov added, "Pro-Russian traitors and agents of the Russian intelligence services, remember — your crimes have no statute of limitations. And there are no hiding places where we wouldn’t find you!"

CNN was not immediately able to reach a legal representative for Medvedchuk.

"Now, security requirements are one thing, and the issues of regulating relations over Crimea, Sevastopol and Donbas are taken out of the scope of these agreements. That is, we have again returned to a dead-end situation for ourselves and for all of us," he added, speaking alongside his Belarusian counterpart Alexander Lukashenko at a news conference.

Putin vowed that he "will not stop military operations" in Ukraine until Moscow succeeds.

The Russian leader also dismissed the reports of atrocities in the Ukrainian town of Bucha as “fake” and compared them to “fake” reports about the use of chemical weapons in Syria by the Assad regime.

"There were provocations in Syria, when the use of chemical weapons by the Assad government was planted. Then it turned out that it was fake, the same fake is in Bucha,” he said.

CNN saw firsthand a mass grave while on the ground in the Kyiv suburb, and at least 20 bodies were seen on just one street.