In the past two weeks, unaccompanied Ukrainian minors, mostly teenagers, have entered the US through the southern border after leaving their war-torn country, according to a source familiar with the US Health and Human Services’ Office of Refugee Resettlement (ORR) shelter services.

Most of the minors have flown into Mexico and then made their way to the US southern border, according to the source.

In some cases, this source says, family members living in the US have met the Ukrainian minors in Mexico, and US immigration authorities have separated the children from their relatives at the border, per government policy.

Under US law, if the relative who is with the minor is not their parent or US legal guardian, the minor is classified as unaccompanied.

How many are in US care? An Health and Human Services (HHS) spokesperson did not answer CNN’s questions about how many Ukrainian children are in US care and where.

While in US government care, unaccompanied children meet with a case manager at least weekly and connect with family at least twice a week, according to HHS.

This source says that in the past two weeks, between 20 and 30 unaccompanied Ukrainian minors have entered the US via the southern border. According to the source, based on the data available it’s difficult to tell a total tally at any one point in time.

According to the latest data, as of April 14, 2022, nearly 10,000 children are in HHS custody. In fiscal year 2021, most of the unaccompanied migrant children in HHS care were from Central American’s northern triangle countries of Guatemala, El Salvador and Honduras.

US Customs and Border Protection sent CNN an email saying that the agency is unable to provide comment at this time.

Where are they? The same source says that most of the Ukrainian children are being placed in ORR shelters in the states of Washington, California and New York. Several unaccompanied Ukrainian minors have been reunited with their families in the US since the first child arrived about two weeks ago, the source said.

Some of the children have said that they are in the US to wait out the war and hope to return to their home country once it is no longer at war, this source said.

Ukraine claims that it hit Moskva with missiles, causing it to sink. Russia has insisted the reason for the sinking was a fire. On Friday, the United States supported Ukraine's account, with a senior defense official saying that it believes that two Ukrainian Neptune missiles hit the Russian warship in the Black Sea.

But what does the loss of the Moskva mean for the Russian war effort?

The biggest effect may be on Russian morale. As the flagship of Russia's Black Sea fleet, the Moskva was one of its most visible assets in the Ukraine war. Though Moscow carefully manages news about the war in Russia, it will be hard to hide the sudden absence of such a large ship.

And its loss will raise doubts about Russia's warfighting abilities, whether it was due to enemy action or accident.

"Both explanations for the sinking of the Moskva indicate possible Russian deficiencies -- either poor air defenses or incredibly lax safety procedures and damage control on the Black Sea Fleet's flagship," analysts Mason Clark, Kateryna Stepanenko and George Barros at the Institute for the Study of War wrote in their daily war briefing.

Carl Schuster, a former US Navy captain, said the doubts went all the way to the Kremlin.

"It raises questions about naval competence 10 years after (Russian President Vladimir) Putin announced he was going to restore the navy's capabilities, morale and professionalism," Schuster said.

"It seems he has not been able to keep any of his promises for any of Russia's military services," Schuster said, noting Russia had suffered setbacks on land too.

But analysts are split on what impact the sinking will have on the Russian invasion.

The ISW analysts see it as a relatively minor blow, saying the ship was mostly used for cruise missile strikes on Ukrainian logistic centers and airfields. Russia has land-based systems and strike aircraft that can do the same thing, they said.

However, they added that if it was indeed a Ukrainian missile that led to the sinking, the Russian navy would have to rethink its operations, possibly moving ships farther from Ukrainian territory and adjusting their air defenses.

In Washington, Pentagon spokesman John Kirby said the Moskva's main mission was air defense for the Russian forces in the Black Sea.

"It will have an impact on that capability, certainly in the near term," Kirby told reporters.

The prosecutor's office in the northeastern region of Kharkiv says at least 10 people have been killed, including a 7-month-old baby, as a result of shelling by Russian forces.

The office of the gGeneral prosecutor said on Telegram that at about 4:30 p.m. local time Friday, Russian forces used multiple rocket launchers against the industrial district of Kharkiv.

"The shelling killed ten civilians, including a 7-month-old child. Another 35 people were injured. Several residential buildings were damaged and destroyed."

Earlier, Oleh Syniehubov, head of the Kharkiv region military administration, had reported shelling of residential areas of Kharkiv. He said 34 people were injured, including three children, and seven people were killed.

There has been an increase in attacks on Kharkiv and Ukrainian towns in Donbas to the south in recent weeks as the Russians' focus shifts to the east of Ukraine. Civilian casualties have been rising amid missile, artillery and rocket attacks on several cities and on people trying to leave the region. 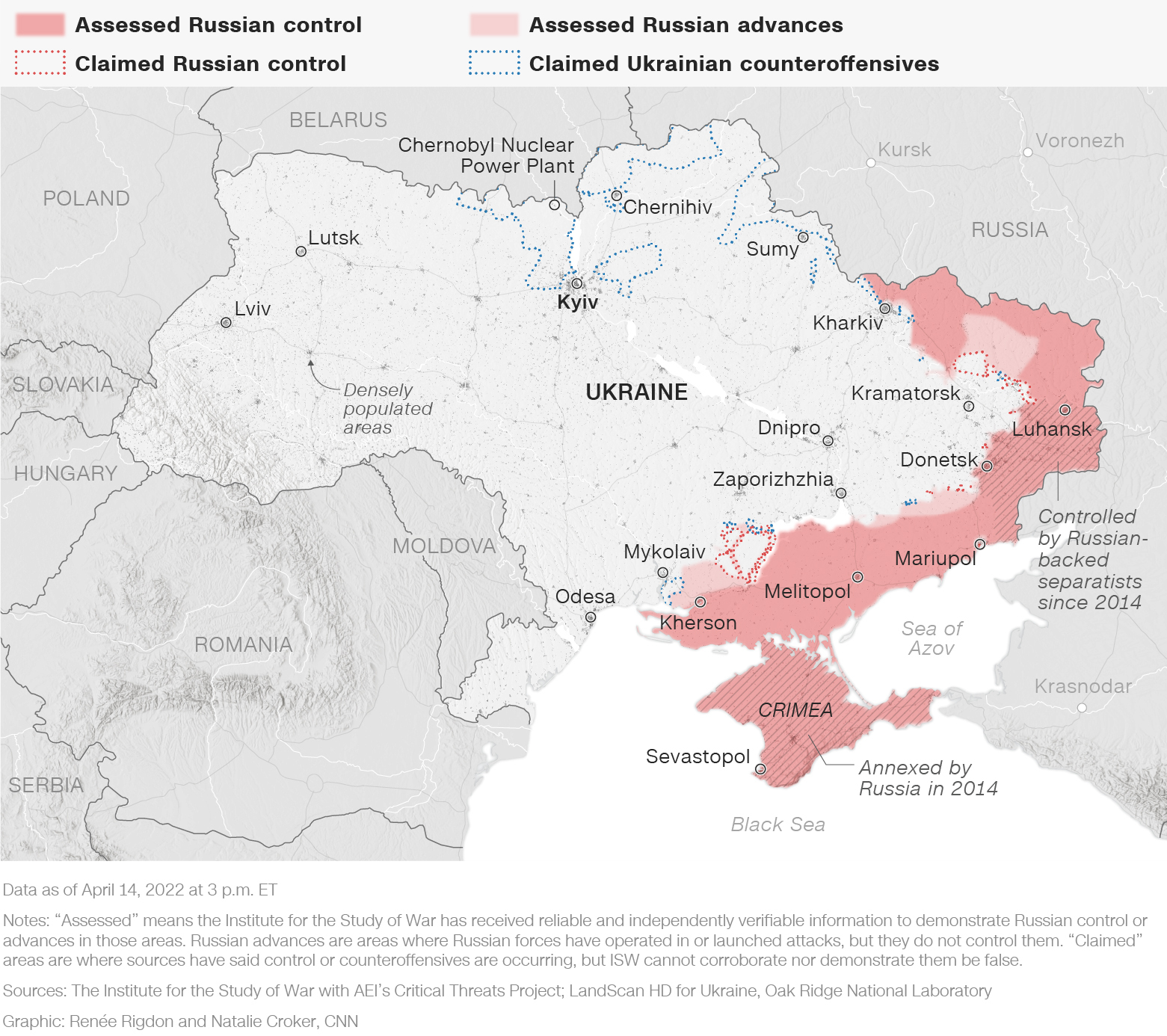