The Soviet victory flag from World War II is beginning to appear across occupied parts of Ukraine ahead of Russia's May 9 WWII Victory Day celebration.

May 9 has since become a revered holiday in Russia and the flag an important icon.

The flag was also placed atop the regional council building in the Russian-occupied town of Henichesk in Kherson province. A statue of former Soviet leader Vladimir Lenin was reinstalled in front of the council building earlier this week, CNN has previously reported.

Two European officials told CNN that Russian forces are feeling "self-imposed pressure" to achieve any semblance of a victory ahead of Russia's May 9 Victory Day celebration. Russia generally marks the holiday with a military parade through Red Square and a speech from President Vladimir Putin.

As Russian troops bear down on the besieged southeastern port city of Mariupol, Ukrainian President Volodymyr Zelensky has warned his forces don't have enough "serious and heavy" weapons. Some 120,000 people remain trapped in the city, he said.

Russian forces in Ukraine's Luhansk region have taken central Rubizhne and the nearby village of Kreminna, videos circulating on social media show.

CNN has geolocated and verified the authenticity of the videos. CNN is not airing the propaganda videos, which were published on Wednesday, as they were produced and released by Russian-backed separatist forces and pro-Russian media outlets.

In the videos from Rubizhne, significant destruction is seen in the city's center and northern districts. Russian forces and Russian-backed separatists appear to be moving freely in Rubizhne.

On Tuesday, Luhansk regional military administrator Serhii Haidai pushed back against reports that Rubizhne had fallen, instead saying that Russian and Russian-backed separatist forces controlled only parts of the city. However, he did tell CNN that 80% of the Luhansk region is under Russian control.

In Kreminna, a town roughly 7 miles (11 kilometers) west of Rubizhne, Russian-backed separatist forces were seen in the video installing Russian and separatist flags on government buildings.

Some context: Rubizhne is part of a cluster of small towns and villages that were in Ukrainian hands but lie close to two breakaway pro-Russian statelets inside eastern Ukraine.

Kreminna was earlier taken by Russian forces, Haidai said Tuesday, adding that Ukrainian troops had withdrawn from the city and taken up new positions.

The US will announce a new round of security assistance to Ukraine “in very short order,” White House press secretary Jen Psaki said Wednesday evening, as Russia’s brutal invasion continues.

Psaki told CNN that Russia’s test launch of an intercontinental ballistic missile would not change the White House’s posture in aiding Ukraine, vowing that the US would proceed in providing both military and security assistance.

US President Joe Biden, she said, will “have more to announce on the next round of security assistance in very short order. You’ll hear more soon.”

CNN previously reported that the US is prepping another $800 million military assistance package for Ukraine, according to three senior administration officials and two sources familiar with the planning. 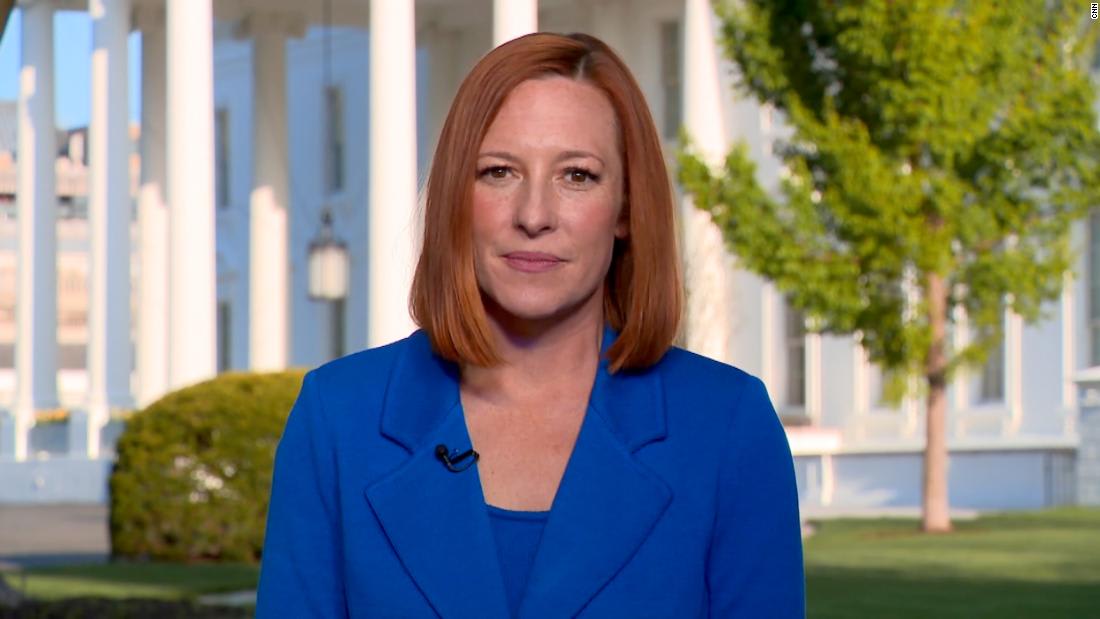 The Ukrainian Air Force has added about 20 more operational aircraft to its fleet because of an influx of spare parts, according to a senior US defense official.

Though the official wouldn’t specify which country provided the aircraft parts, the official said Wednesday that the US and other countries worked “to get them the parts they need to get them in the air.”

The flow of spare parts has allowed Ukraine to expand its fleet of operational military aircraft, despite Russia’s ongoing invasion. They have more aircraft now than they did three weeks ago, the official said.

But on Wednesday, the senior defense official walked that back, saying that Ukraine had not received more aircraft, but had in fact received aircraft parts to make more of their existing aircraft functional.

Still, the official intimated that at least one country was considering sending Ukraine more aircraft.

“I was given to understand that an offer made by another country had actually been effected,” the official said. “That offer has not been effected, so I was ahead of where things actually were.” It is not known which country has made such an offer.

The US has committed to sending Ukraine 16 Mi-17 helicopters, but the administration has declined to get involved in a transfer of Mig-29s from another country to Ukraine via the United States.

Zelensky has asked other eastern European countries with the fourth-generation airframes to send them to Ukraine, but no country has yet agreed to do so.

On Wednesday, the official Twitter account of Ukraine’s Air Force said, “Ukraine did not receive new aircraft from partners! With the assistance of the US Government, @KpsZSU received spare parts and components for the restoration and repair of the fleet of aircraft in the Armed Forces, which will allow to put into service more equipment.”

Ukraine’s Air Force has been part of its aerial defense network, which also includes S-300 surface-to-air missiles and portable anti-aircraft missiles. The combination of platforms has prevented Russia from establishing air superiority over Ukraine and controlling the skies.

Despite the constant bombardment from Russian missiles and artillery, as well as the strikes on military bases, Ukraine’s Air Force has remained largely intact, though it has suffered some losses.

In early March, approximately two weeks into the war, the defense official said Ukraine has 56 fighter aircraft, which comprised about 80% of their fixed-wing fighters. But the Ukrainians weren’t using their aircraft much, flying only 5 to 10 missions per day, the official said.

Ukrainian President Volodymyr Zelensky said on Wednesday that the country's forces don’t have enough "serious and heavy" weapons to defeat the Russian army in the southeastern port city of Mariupol.

He outlined two potential ways to end the standoff in the city: “First, it involves serious and heavy weapons […] at the moment we don't have enough of these weapons to free Mariupol. The second path is diplomatic. So far Russia hasn't agreed to this.”

“We don’t know when we can unblock Mariupol. And I say this openly, that all the boys in Mariupol want our victory, they want a free city, none of them are going to surrender to the enemy. This is their internal feeling, this is what they are,” he added, speaking alongside European Council President Charles Michel in Kyiv.

Zelensky also said that the “few thousand” Ukrainian civilians who fled the besieged city of Mariupol through evacuation corridors to Russian occupied territories is not currently known.

Thousands of civilians have successfully left Mariupol through corridors agreed upon with Russia, but “unfortunately a few thousand civilians went to Russian occupied territories, and we don’t know the fate of these thousands of people,” he added.

Ukraine is “ready for any format of swaps of our people for the Russian troops that they left behind, the bodies and the wounded that they abandoned here," he said.

The Russian defense ministry announced Wednesday that it had conducted a test launch of its intercontinental ballistic missile, the Sarmat.

The missile was fired from a silo launcher at 3:12 p.m. Moscow time at the Plesetsk State Test Cosmodrome in the Arkhangelsk Region of northern Russia toward the Kura test site on the Kamchatka Peninsula in Russia's far east.

The defense ministry's statement said that it landed in the “designated area in Kamchatka."

The ministry noted that after the completion of a test program, the Sarmat would go into service with Russia's Strategic Missile Forces. The RS-28 Sarmat is designed to replace the Soviet-era Voevoda ICBM, known by the NATO designation SS-18 Satan.

Russia’s President Vladimir Putin congratulated the military on their successful missile test, saying it would “give thought to those who are trying to threaten Russia," according to the ministry statement as quoted by the state-run TASS news agency.

The Sarmat was one of the weapons Putin mentioned in a 2018 speech boasting of new weaponry he said would render NATO defenses "completely useless." US officials played down the threat at the time.