Austrian authorities have identified the perpetrator in Monday night’s attack as an Austrian-born 20-year-old named Fejzulai Kujtim, according to state news agency APA.

Austria's Interior Minister Karl Nehammer said at a Tuesday news conference that the attacker had served time in prison after being convicted of trying to travel to Syria to fight for ISIS as a teenager.

He was sentenced in April 2019 to 22 months in jail, but freed eight months later on December 5, as he was considered a young adult and therefore eligible for conditional release.

Speaking at the news conference, Nehammer said there will be further questions about the deradicalization program the attacker went through.

Correction: A previous version of this post incorrectly stated what part of Austria Fejzulai Kujtim was from. He was from Moedling, a suburb of Vienna.

Vienna Police President Gerhard Puerstl said 18 homes have been searched in connection with the attack in the Austrian capital on Monday night, and that 14 people have been taken into custody.

Austrian Interior Minister Karl Nehammer is giving an update to the media on last night's attack in Vienna.

He started by saying that the number of victim is higher than previously thought: four people have been killed and 22 are injured.

Nehammer also gave more information on the attacker, who was shot and killed by the police. The minister said the shooter was neutralized within nine minutes of the attack.

He was a 20-year-old dual citizen of Austria and North Macedonia. Nehammer said the attacker had a previous criminal record and had "attempted affiliation" with the Islamic State.

Pope Francis has joined the foreign dignitaries renouncing the attack in Vienna. The head of the Catholic Church said he was praying for the victims and their families.

"Enough violence! Let us together strengthen peace and fraternity. Only love can silence hate," he said in a tweet.

The deadly attack in Vienna on Monday unfolded in six locations across central Vienna, according to an Austrian law enforcement source speaking to journalists on Tuesday. 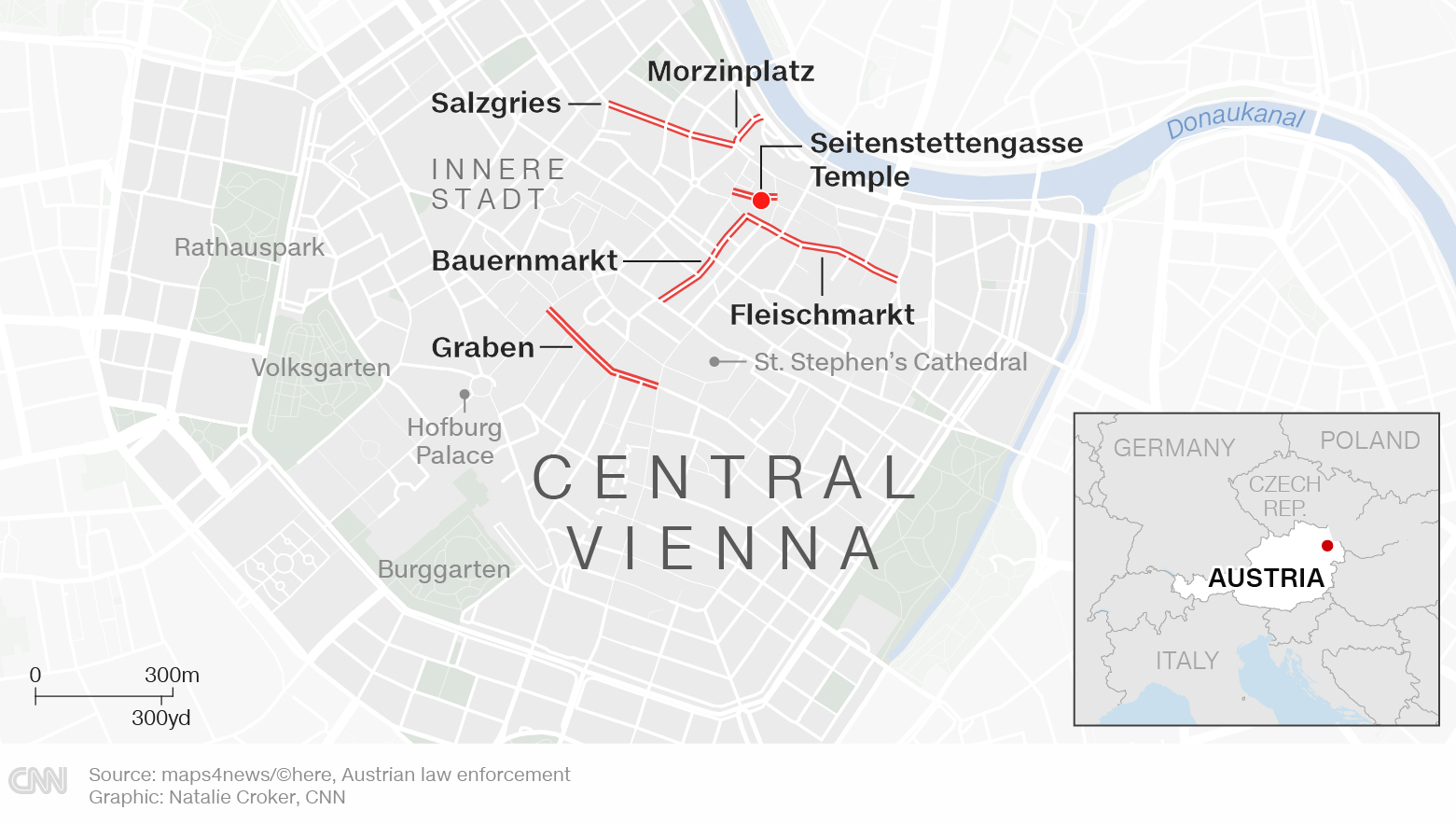 Werner Beninger was having a dinner with his wife at a restaurant in central Vienna when the attack unfolded nearby last night.

"All of a sudden shots rang out from one direction and I thought at first that they were fireworks," he told CNN.

Then, I heard it also from other directions and the shots came closer and then I realised that this is a volley of shots."

Beninger said he heard "many" shots. "It must have been continuous fire," he added.

He said people fled into the garden of the restaurant, when special police unit -- known as WEGA -- arrived and told everyone to hide in the basement.

"There were roughly 50 people and we waited it out in the basement. We stayed there until 1:00 or 1:30 in the morning," Beninger said.

A curfew is now in place between 8 p.m. and 6 a.m. Restaurants and cafes are only allowed to operate take-out and delivery services. Gyms are closed and cultural events are cancelled. Shops can remain open, but have to limit the number of people inside to make social distancing possible.

Authorities have released more information about Monday's deadly terror attack in the Austrian capital of Vienna. 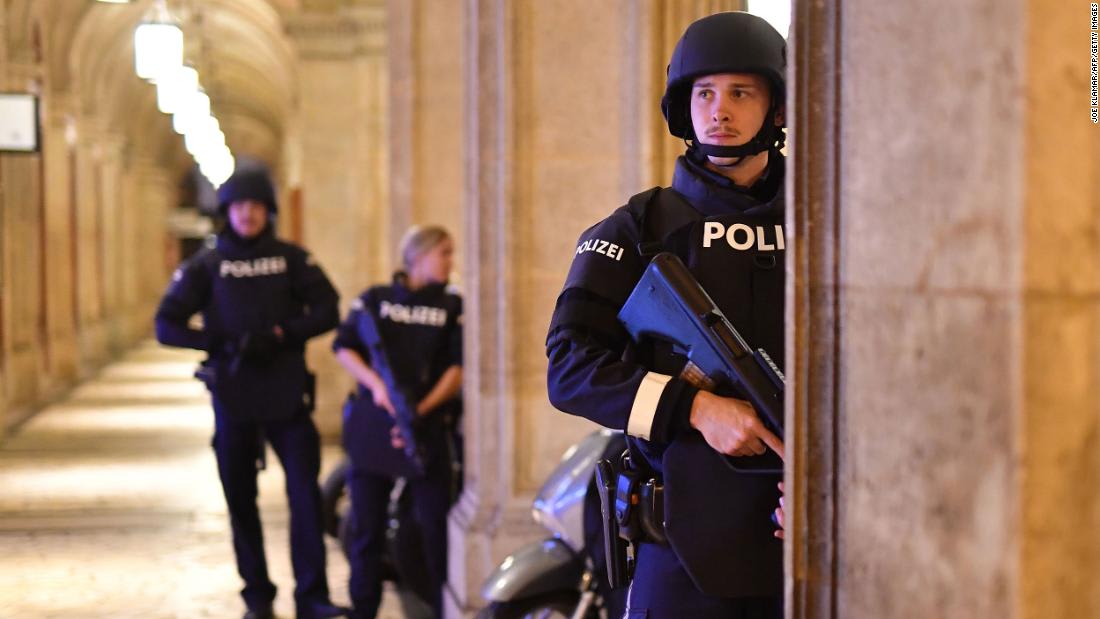 The deadly attack in Vienna on Monday struck "in the heart" of the Austrian society, Austria's President Alexander Van der Bellen said in a televised address on Tuesday.

"There was an attack that in its coldness was the worst in our history. We are thinking of all injured victims who are fighting for their lives," Van der Bellen said, adding the attack "was obviously to attack everybody in a free society."

In the Austrian political system, the president plays mostly a ceremonial role. Chancellor Sebastian Kurz is the head of the government.