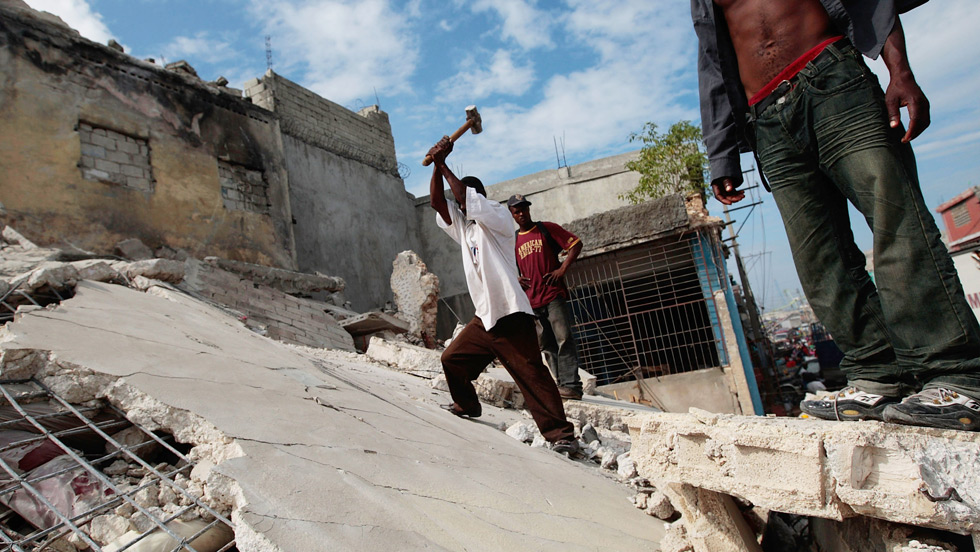 A man uses a sledgehammer to try and break through the rubble in Port-au-Prince, Haiti, on Tuesday, January 19. Haitian authorities have recorded 72,000 deaths so far. 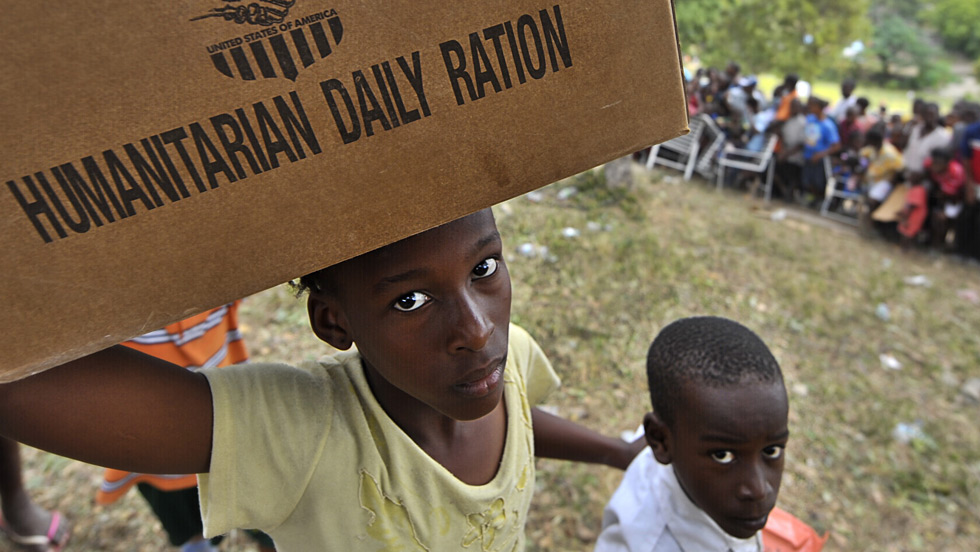 A Haitian child carries food at a refugee camp in Port-au-Prince on Tuesday. 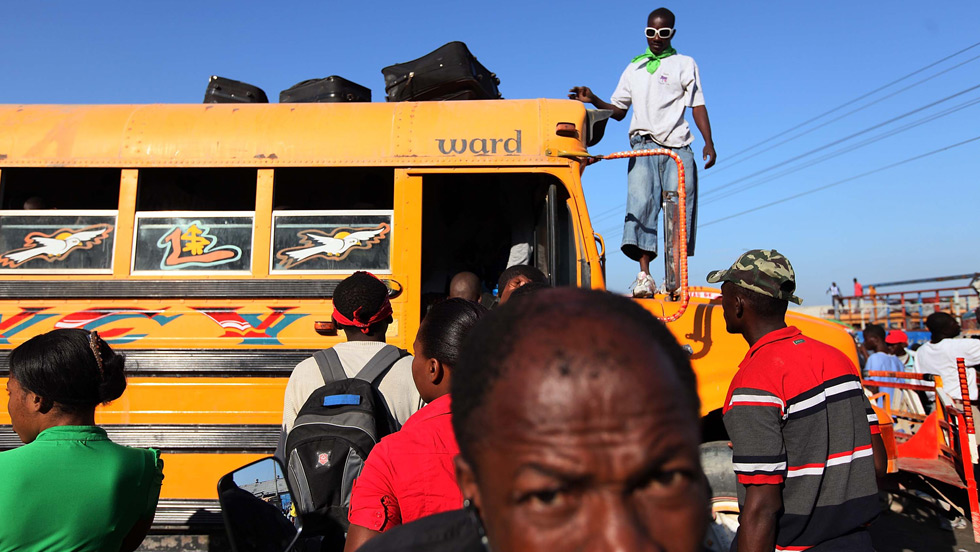 People board buses Tuesday to travel outside the ruined capital. 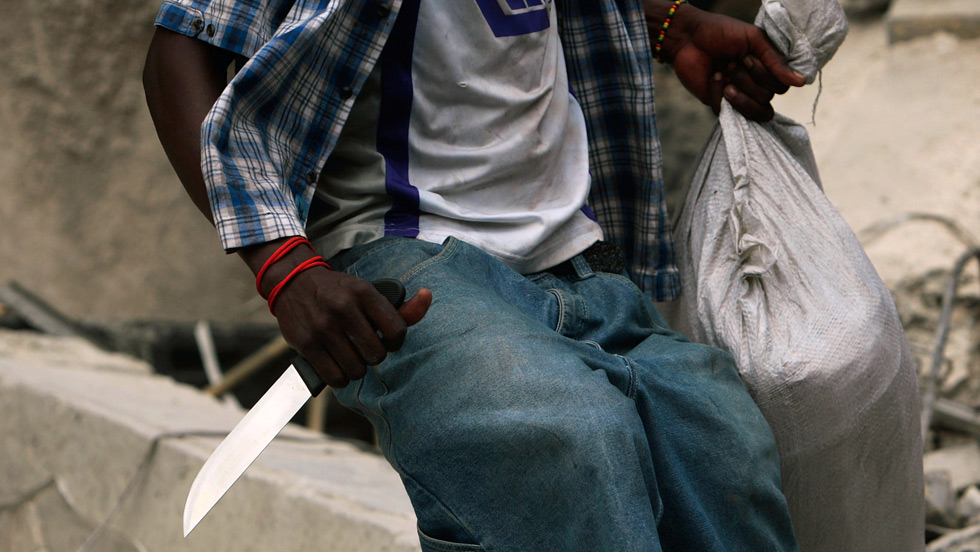 An armed Haitian man carries a bag out of a destroyed shop Tuesday in downtown Port-au-Prince. There have been reports of sporadic looting and violence. 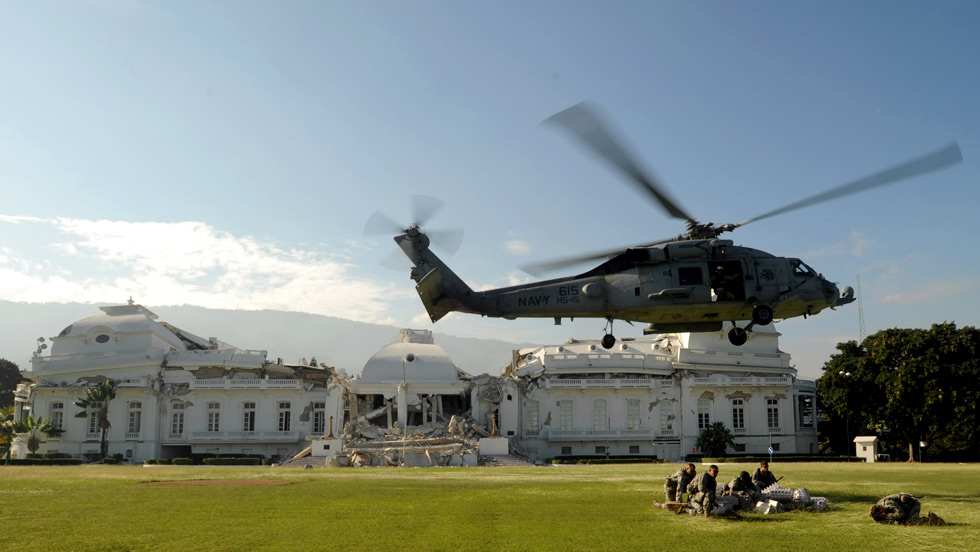 A U.S. Navy helicopter lands in front of the damaged presidential palace in Port-au-Prince on Tuesday. 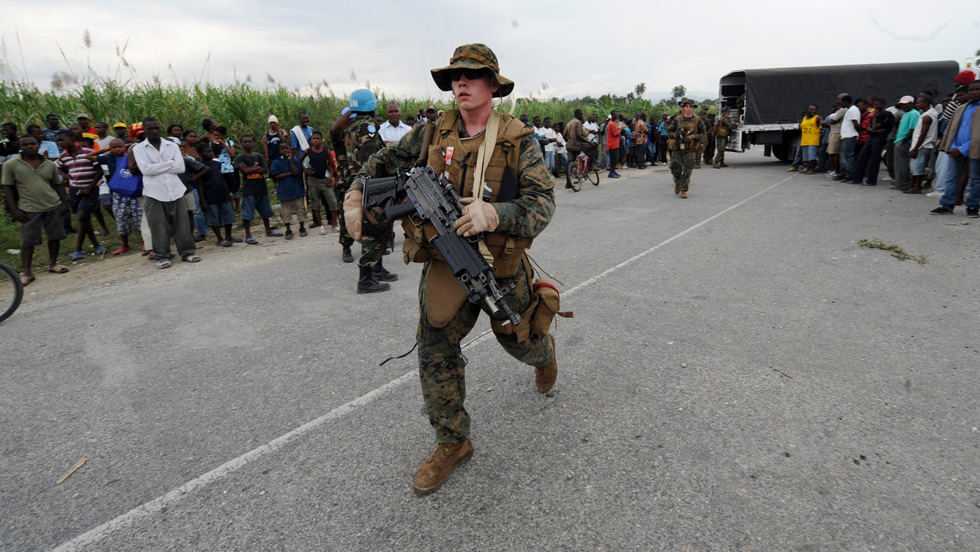 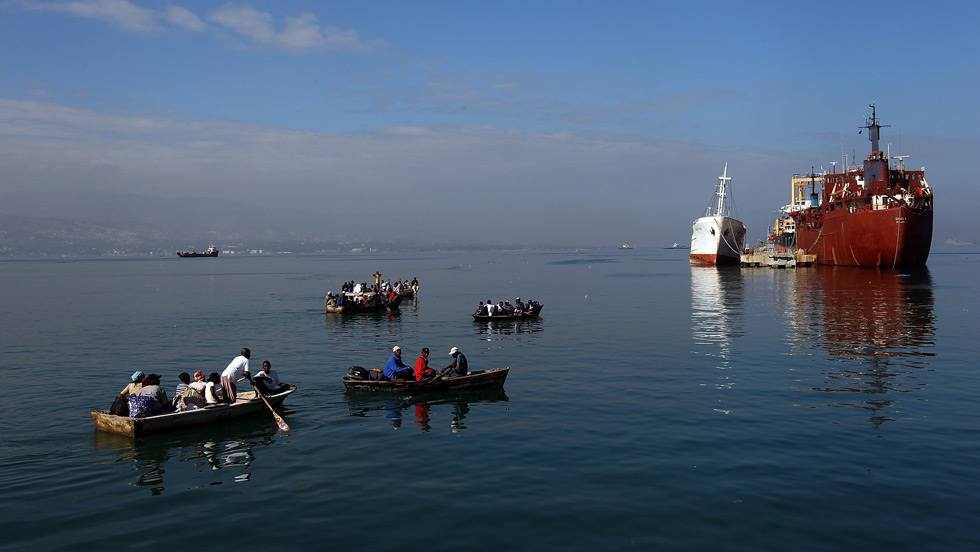 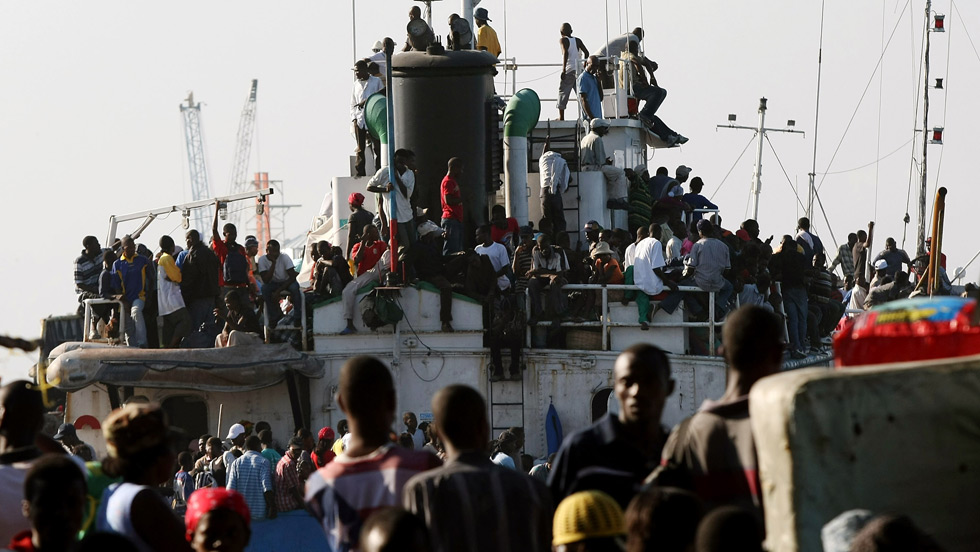 A ferry overloaded with residents departs a small port Tuesday in Port-au-Prince.

Page 1 of 6
Previous Gallery | Next Gallery