Part of complete coverage on
Aiming for Gold

10 to watch in Sochi

The Winter Olympics is almost upon us, with an action-packed 18 days of world-class competition in prospect. But what should the sports-loving public look out for? Who will be hitting the headlines as well as the podium? And who are the individuals carrying the hopes of a nation on their shoulders? CNN World Sport profiles 10 athletes to watch in Sochi. 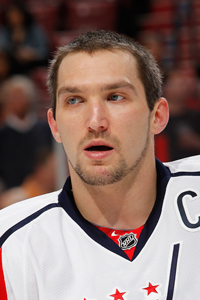 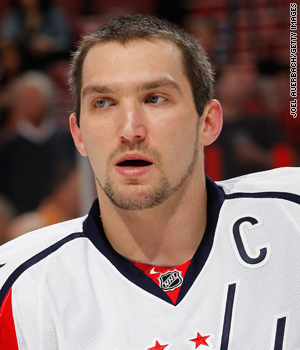 He's the pinup boy of Russian ice hockey, was the first to carry the Olympic torch after it was lit at Mount Olympus in Greece in September 2013, and is expected to lead the charge as his team tries to deliver gold in front of a fervent home crowd. So, no pressure then. Ovechkin's career has been littered with individual honors, but the two-time world champion suffered the disappointment of sixth place at the Olympics four years ago and fourth in 2006. With Russia hosting the Games, this surely represents the 28-year-old's best chance to clinch gold.

After gaining a reputation for being a party animal, Ovechkin says his engagement to tennis star Maria Kirilenko has changed him, telling the Washington Post he is "no longer a wolf in the forest anymore."

He's the star player for the Washington Capitals in the NHL but, although he has been named regular season MVP three times since 2008, his team has been beaten in the playoffs in the last six seasons. Could Sochi be the time he finally gets his hands on the biggest title of all? 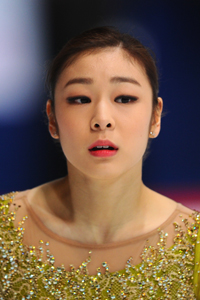 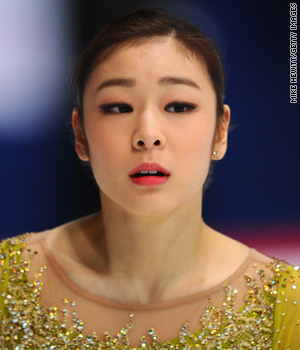 One of South Korea's biggest sports stars, Kim is aiming to do something no figure skater has done since 1988 -- retain her ladies' singles gold. Her performance at the Vancouver Games four years ago earned her a world-record score.

Kim's grace on the ice has led some commentators to call her the greatest skater of all time, and retaining her gold would go a long way to cementing that moniker. Her pull in her home country is such that she helped to sell out the most recent national championships in just 15 minutes. She won, of course, coming close to matching her world-record score.

A goodwill ambassador for the United Nations, she has donated thousands to charity in order to assist victims of natural disasters and served as an ambassador for the successful Pyeongchang bid to host the 2018 Winter Olympics. Though she played a large part in attracting the Games, she won't be competing as she's stated her intention to retire -- aged just 23 -- after Sochi. Fans of figure skating should enjoy her while they can. 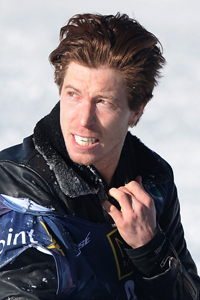 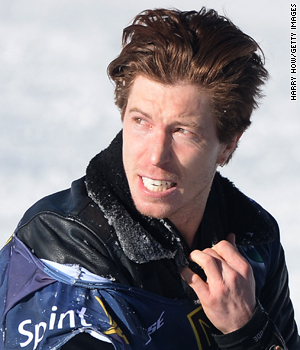 The vacuum of celebrity glamor created by Lindsey Vonn's injury might well be filled by another American -- Shaun White. The snowboarder is a rare thing when it comes to winter sports -- a household name -- and he commands almost as many column inches as ski champion Vonn, even though his famous flowing red locks have now been shorn. With Vonn and beau Tiger Woods absent from Sochi, this could be primetime for White. If, that is, he brings home the gold.

Having successfully defended his halfpipe title four years ago in Vancouver with a record score, he's odds on to repeat the feat in an event in which he is seen as peerless. But, just a few days before competition was due to begin, the 27-year-old pulled out of a debut staging of slopestyle, which focuses more on tricks and jumps on a specially designed course littered with obstacles -- a decision he said he hadn't taken lightly. Even though his events have been halved, White will still make a Sochi-sized splash if he can make it a hat-trick of halfpipe titles. 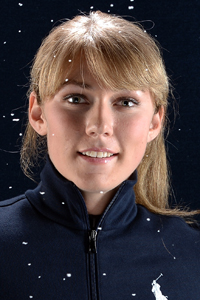 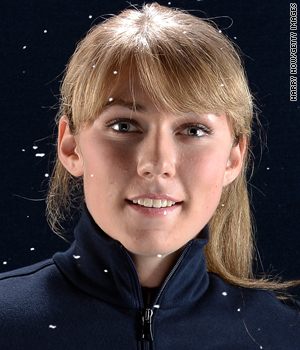 Another athlete set to benefit from the big Lindsey Vonn-shaped hole at the Games is teenager Mikaela Shiffrin -- the very definition of a skiing prodigy. The Colorado native became the youngest American to win a national title just a few weeks after her 16th birthday and now, two years on, she has won a World Cup title and took gold in the slalom at the 2013 world championships. She was voted Colorado's athlete of the year, alongside Denver Broncos' veteran quarterback Peyton Manning.

Shiffrin's star is steadily rising -- she's already appeared on "The Late Show with David Letterman" -- and a breakthrough performance in Sochi would send her profile soaring. But if you thought she might be feeling the pressure as a favorite to win gold, then think again.

"It's really cool," she told the U.S. ski team's official website. "Imagine being in my position. I'm 18 and I'm going to the Olympics. It's one of my dreams come true." 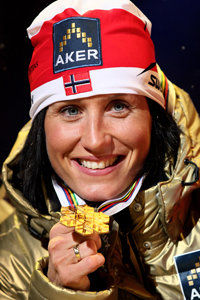 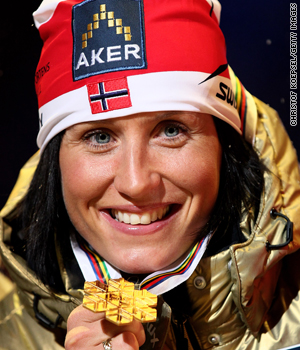 Nobody won more gold medals at the 2010 Games in Vancouver than Marit Bjoergen -- the pride of Norway. The cross country skiing star won in three events -- the individual sprint, individual pursuit and 4 x 5 km relay -- as well as silver in the 30 km classical and the 10 km classical.

She is the most successful cross country World Cup skier of all time, amassing 63 victories by the end of 2013, but she lost the overall title to Polish rival Justyna Kowalczyk, largely due to missing a chunk of the season after being hospitalized with an irregular heartbeat.

Bjoergen's achievements in Canada were slightly marred when Kowalczyk accused her of cheating. She received special dispensation from the World Anti-Doping Agency to use an asthma medication that was on its banned list, leading Kowalczyk to claim her rival "wouldn't have won without her medicines." Expect more fireworks in Sochi as they go head-to-head again. 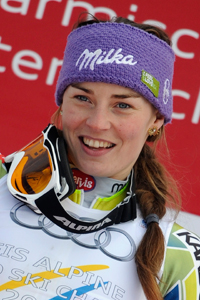 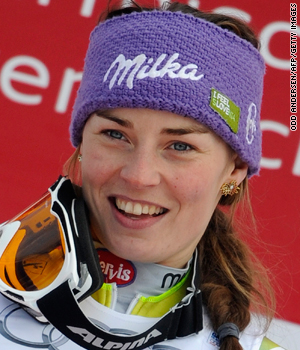 The Slovenian might be 12 years senior to Mikaela Shiffrin, but she is in the form of her life, just as her career enters its twilight phase. In the 2013 World Cup she reached the podium 24 times on her way to amassing more points in a season than any other skier in history. Maze can also boast a place in two exclusive clubs as she is one of only six women to have won races in all five World Cup events, and one of three to win in all five disciplines in a single season.

But despite all these accolades, the 30-year-old has yet to add an Olympic gold medal to that list, even though Sochi will be her fourth Games appearance. She finished runner-up in both the Super-G and the giant slalom in Vancouver -- her best return at the Olympics -- but with five titles to go for in Russia, this could finally be her time to land a crown she calls "the most important of the lot."

Maze's talents don't stop at skiing: she released a song in 2012 called "My Way is My Decision" that has had nearly half a million views on YouTube. 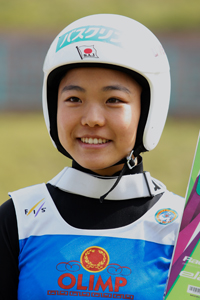 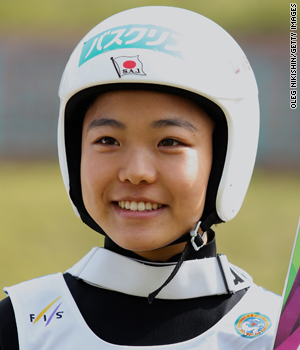 Another child prodigy, the Japanese schoolgirl is the overwhelming favorite to win the historic first women's ski jumping title in Sochi as the event makes its long-awaited Winter Olympics debut. The 17-year-old won the overall individual World Cup title last season and has won eight of nine events in this campaign, including a recent victory in front of her home fans near Tokyo. Takanashi is a colossus of the sport despite standing less than five feet tall.

Ironically, her biggest role model in the sport is also her closest rival -- Sarah Hendrickson, who beat Takanashi to gold at last year's world championships. The 19-year-old has returned from knee surgery in time to be named in the U.S. team and the pair's battle in Russia will be intriguing. In the past Takanashi has traded minus points for her landing technique in favor of jumping greater distances, but she's improving all the time and is odds-on to top the podium. 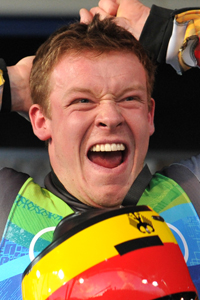 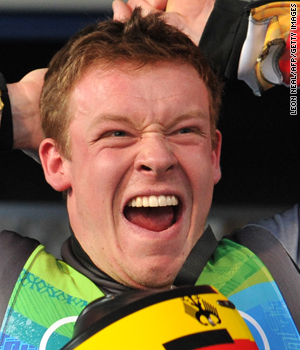 The German had already made waves in the luge before his Olympic debut, becoming the sport's youngest world champion in 2008, aged just 18, as well as setting a world-record speed of 95.68 mph. Two years later in Vancouver, he was crowned the youngest champion in Olympic history when he secured gold, clocking the fastest time in all four rounds. But the event was overshadowed by the tragic death of Georgia's Nodar Kumaritashvili during a training run on the notoriously fast Whistler track. Loch later attended a memorial service to the fallen luger.

Now 24, he has gone from strength to strength since his Olympic triumph, completing a "double double" by winning the overall World Cup and the world championships in both 2012 and 2013. Coached by his father Norbert, who represented East Germany in the luge at the 1984 Games, Loch counts his mentor as Georg Hackl -- a three-time Olympic luge champion.

Loch has a genuine chance to match the Bavarian's feats, starting in Sochi, if he can block out the pressure on his shoulders using his favored technique, in which he goes into his own "mind tunnel." 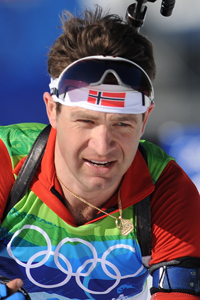 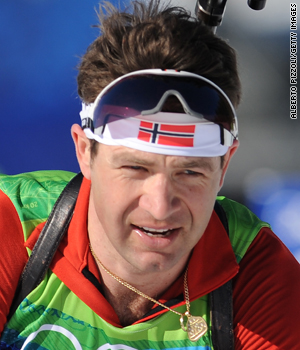 The Norwegian biathlete is one of the greatest Olympians of all time, having accrued a total of 11 medals over five Winter Games, stretching back to Lillehammer in 1994. His haul of four golds from four events at Salt Lake City in 2002 was a new record. The 40-year-old only needs one more medal across his potential five events in Sochi to pull level with compatriot Bjorn Daehlie as the Winter Games' most decorated athlete.

Bjoerndalen won his first medals at Nagano in 1998, in the sprint and the relay, before his unprecedented clean sweep in Utah. His skiing prowess is such that he has also won a cross-country World Cup race, and a sign that he's still at the top of his game came with his gold at the 2013 world championships in the Czech Republic.

Bjoerndalen has stated his intention to retire after Sochi and what better way to sign off than by beating the record-breaking haul of Daehlie? 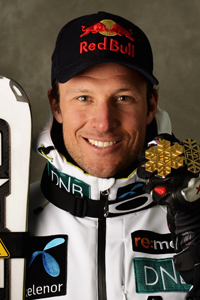 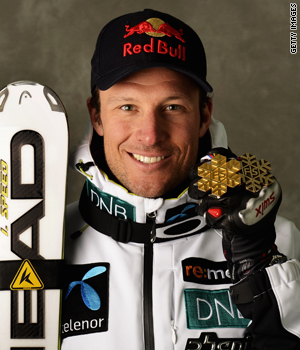 "My aim is to arrive in Sochi as the favorite. That's something I can do by myself. I don't need any luck for that." Norwegian skier Aksel Lund Svindal is not quite favorite, being second behind defending champion Marcel Hirscher in the overall World Cup standings. But in a hugely competitive field, the 31-year-old has more than held his own over the past seven years, claiming the World Cup crown twice -- in 2007 and 2009. He's left every world championships since 2005 with at least one medal, winning his fifth gold last year.

Svindal bagged three Olympic medals in Vancouver, one of each color, and is hotly tipped to retain his Super-G title. His prowess in speed events is formidable and he could also medal in his three other alpine races.

Svindal, who dated fellow skier Julia Mancuso until the pair announced their split in September 2013, says the main thing he has learnt from his sport is to "go hell for leather" -- so it is safe to say he'll be leaving it all on the mountain when he hits the slopes in Sochi.