Satellite images taken Monday, March 24, show about 300 objects, ranging in size from 6 feet to 50 feet, that could be related to Malaysia Airlines Flight 370. The images, taken by a Thai satellite and released publicly on March 27, are focused on an area about 125 miles from where a French satellite spotted potential debris the day before. Full story » 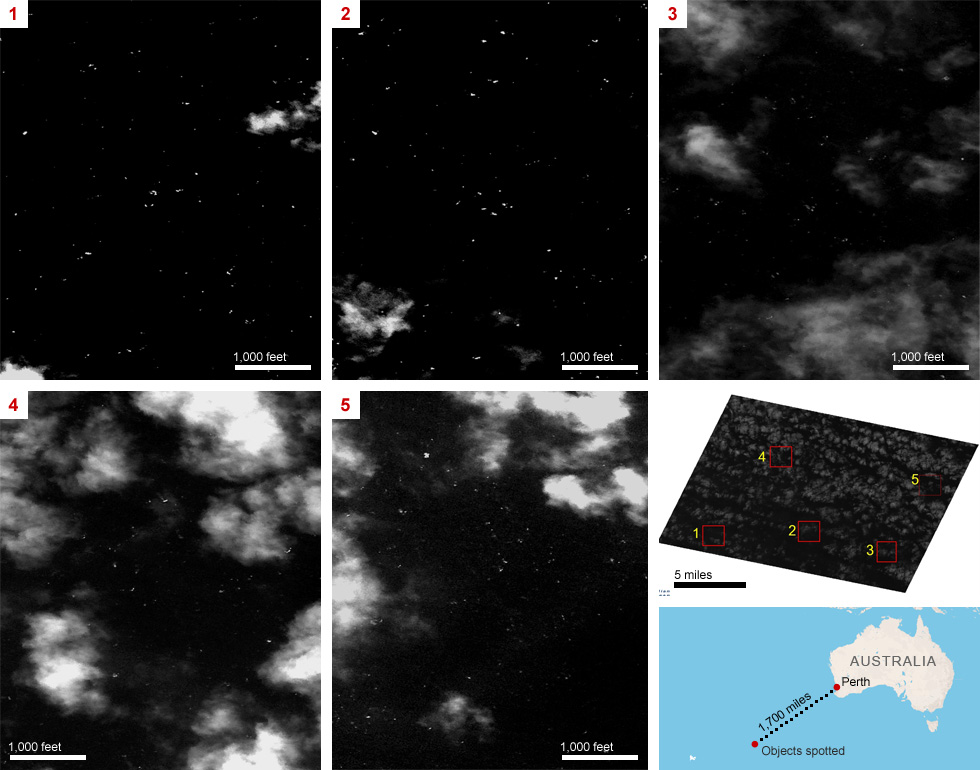 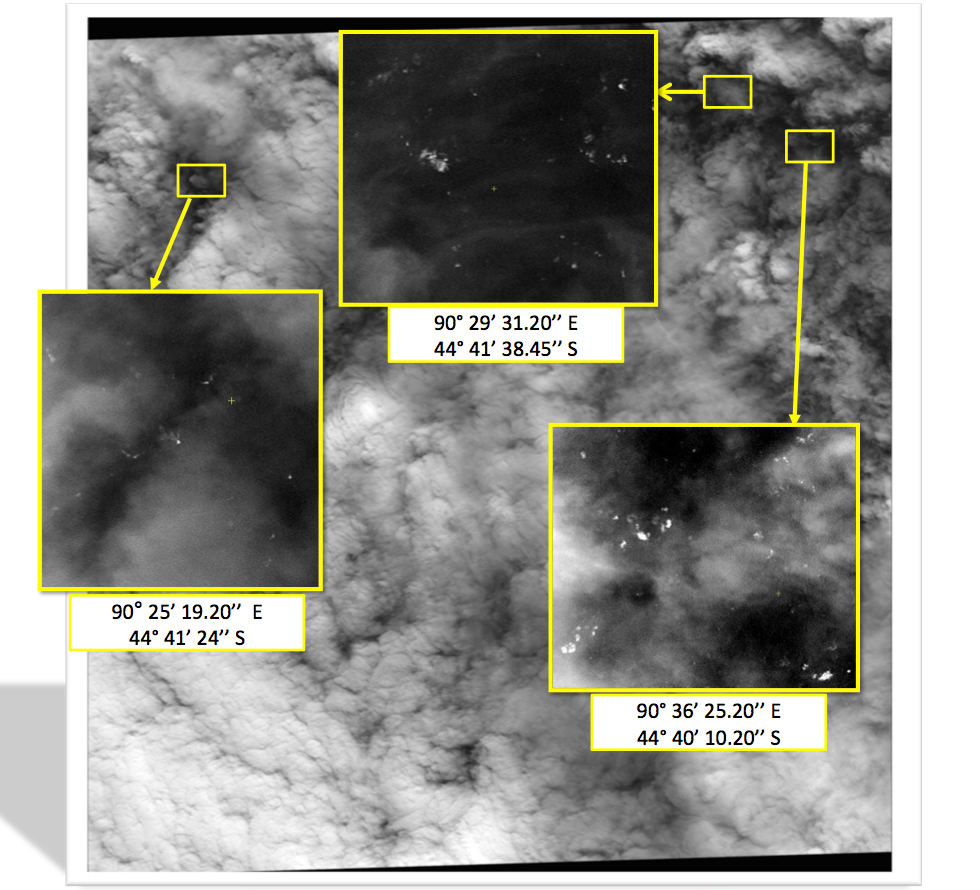 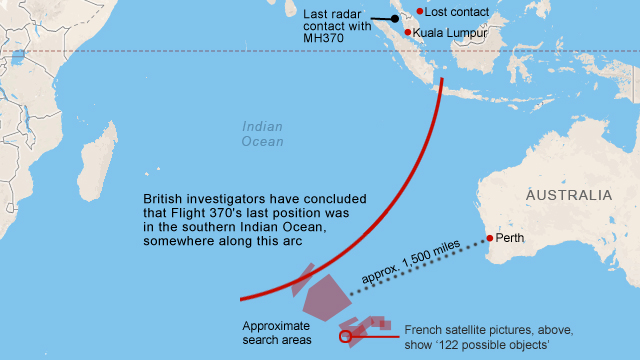 Some of the objects were as much as 75 feet long and appeared to be solid, a Malaysian official says.

The Australian Maritime Safety Authority released images showing objects possibly associated with missing jetliner. The images were taken in the southern Indian Ocean on March 16 and released to the public on March 20. 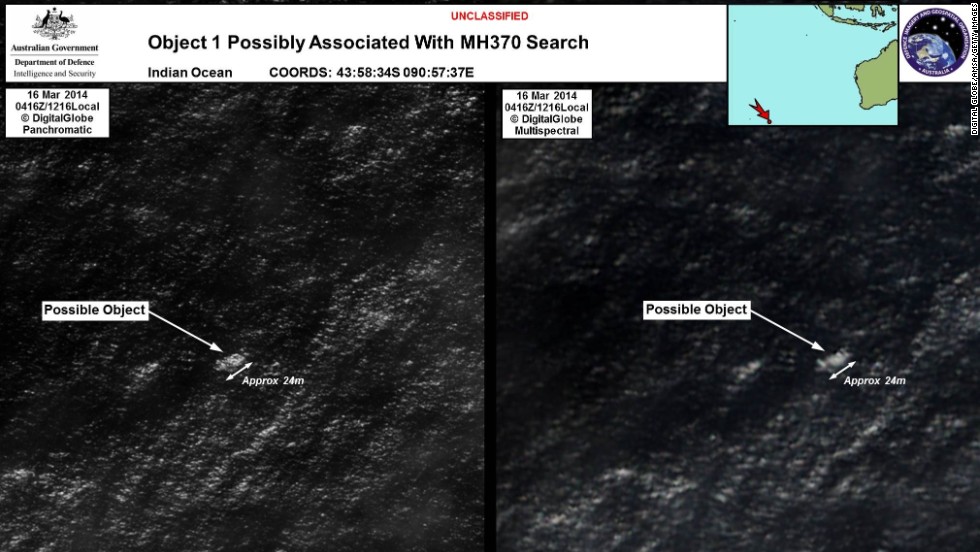