India, the most populous democracy on the planet, is about to hold elections that will seat a new parliament and prime minister. It will be the largest democratic event in history. India's election commission is charged with what has been called the world's largest event management exercise, making sure that democracy doesn't falter in the vastness of the numbers.

About 15,000 candidates from 500 political parties are vying for 543 seats in the Lok Sabha, or lower house of Parliament. Those candidates are expected to spend about $5 billion on campaigning. That's second only to the most expensive U.S. presidential campaign -- $7 billion in 2012. Parliamentary elections in India are held every five years, unless the government is dissolved before that. This year will be India's 16th election since independence in 1947. The voting begins Monday and the numbers are mind-blowing. 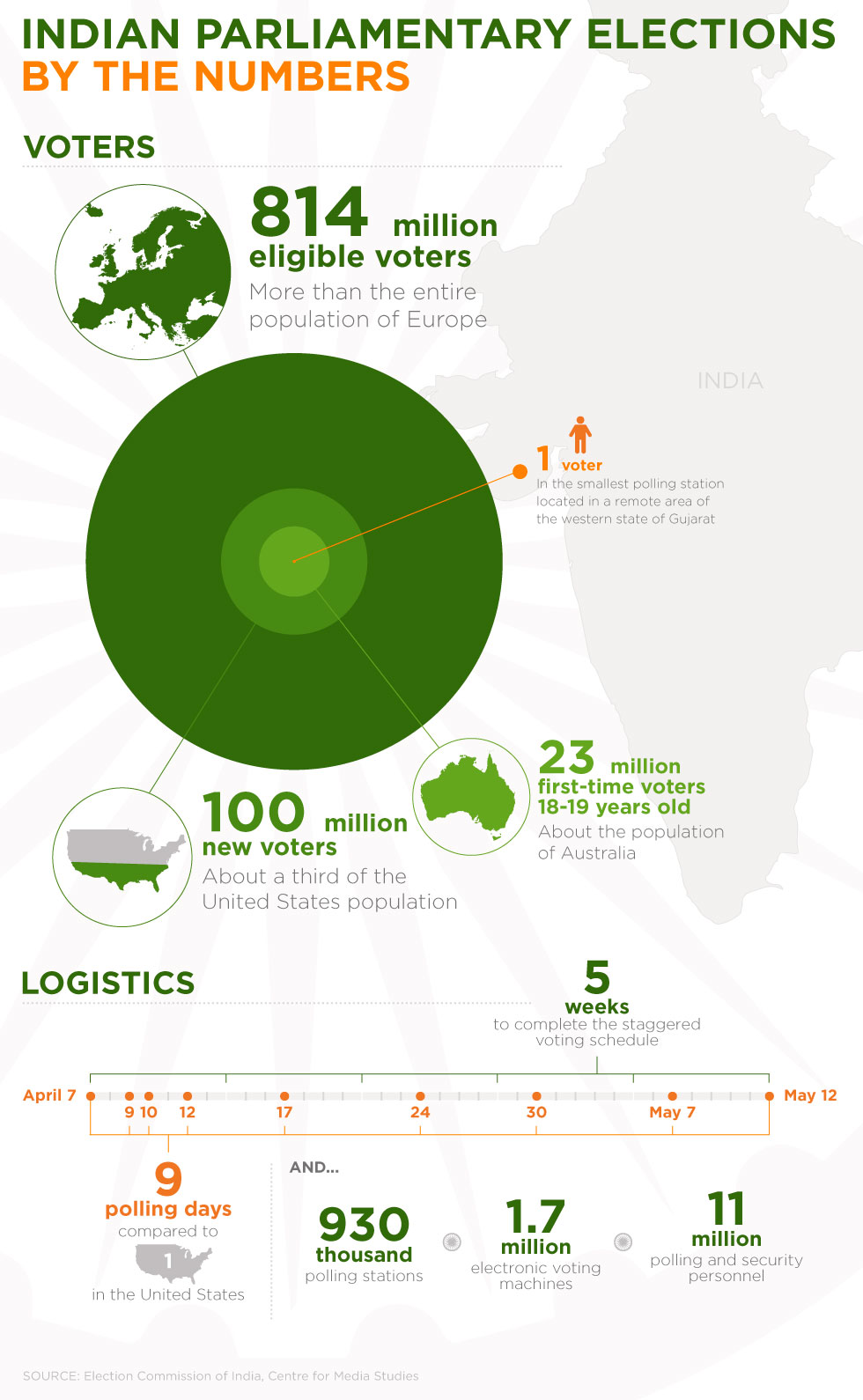