Arab partners then joined U.S. forces to conduct two waves of airstrikes against ISIS targets, focusing on the city of Raqqa, the declared capital of ISIS' self-proclaimed Islamic State. Areas to the east were also hit. 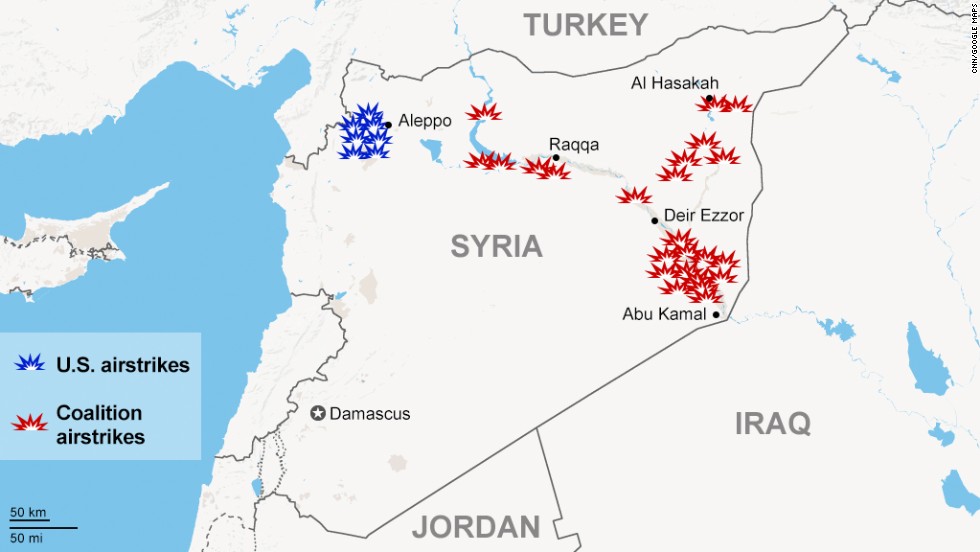 Partners in the region

Bahrain, Jordan, Qatar, Saudi Arabia, and the United Arab Emirates (UAE) all assisted with the operation against ISIS, the U.S. military said.

In all, 200 pieces of ordnance were dropped by coalition members, and four dozen aircraft were used, a U.S. official told CNN. About 150 of the munitions used were precision-guided. The United States fired 47 Tomahawk missiles, eight of them against Khorasan targets.