Mountain Turnpike twists through dense oak, hickory and spruce trees and keeps winding, like a slithering snake, through the mountains that separate Virginia and West Virginia. But on a clear day, looking south from the Monongahela National Forest, what looks like a giant white Lego structure emerges from this sea of green.

And that's about when it starts. Your cell phone drops reception. Your radio spins, unable to pull up any stations. You can shake your phone all you want, but it won't help. If you're a city slicker accustomed to continuous connectivity, you might start to panic.

Keep driving and hook onto the Potomac Highlands Trail toward that magnificent structure. You eventually reach Green Bank, population 143, best known as The Quietest Town in America. Where cell phones and wireless devices are banned, their use potentially prosecutable by law.

Technology is constantly changing how we live and communicate. But in Green Bank, it is the presence of some of the most sophisticated technology on Earth that preserves this rural enclave, a throwback town to yesteryear.

Great American Stories is an occasional series on the unexpected places and unforgettable characters that help define the country.

This is where you come to get away from the United States. Here, instant connectivity is extinct. Even microwaves are frowned upon by the region's scientists.

It's not that people are backward or fearful of technology. Quite the opposite.

A cell phone emits about 3 watts and can swamp the sounds that are teaching astronomers how the Milky Way was formed and how it is still evolving. So, cell phone use is limited in the National Radio Quiet Zone, a 13,000-square mile area that limits radio frequency in the eastern half of West Virginia and parts of Virginia, stretching to the Maryland border.

The quiet zone gets drastically more restrictive the closer you get to Green Bank, home to the world's largest steerable radio telescope, the Robert C. Byrd Green Bank Telescope, operated by the National Radio Astronomy Observatory.

The main telescope weighs 17 million pounds, spans about 2 acres wide and stretches 485 feet into the air. Several smaller telescopes are sprinkled around it amid 2,700 acres of parkland. Leave your phone and digital camera behind.

The telescope can hear sounds from hundreds of millions of miles away and attracts some of the leading researchers in the world.

"What we have here is an amazing combination of a very rural atmosphere with extremely high technology," says Jay Lockman, the principal scientist of the Green Bank Telescope.

"If you want to hear quiet noises, you need to keep the noise down."

He laughs when quizzed about the lack of cell phone usage here. "For the last 5,000 years, human beings have managed to flourish without this," he says, "so to me it seems a little odd that people now find the absence of cell phones something worth discussing."

The white Dodge Ram pickup looks like something from "Ghostbusters." Giant omnidirectional antennas are attached to its roof, and its passenger seat has been replaced with a receiver, Doppler system and spectrum analyzer.

The truck listens for anything that can disrupt sounds from outer space. When it rumbles down the back roads of West Virginia, residents are known to unplug their microwaves so they don't get busted.

Today, as the truck lumbers, the spectrum analyzer senses a constant spewing stream of energy. "It's very, very prominent," says Jonah Bauserman, one of two men known as the "RFI police" with the observatory. RFI, or radio frequency interference, can come from many things: a cell phone, microwave oven, wireless device or arcing power line.

Bauserman cuts the truck across a field to a power pole along a fence line between a home and observatory property. He steps from the vehicle and pulls out a weird antenna-like device called a yagi stick and waves it like a magic wand.

And there's his answer. A cable line has been chewed by a varmint. Nearby are groundhog holes. "I'm pretty sure that's our culprit right there," Bauserman says.

Yes, a hungry groundhog may have just ruined an astronomer's search for water on the moon -- a study going on at the observatory at this exact moment.

Stories abound at the lab of other "RFI" problems over the years. Like the tale of the dog and his blanket. That was more than a decade ago, when scientists noticed a sporadic, intense signal coming from nearby.

It turned out to be a heating pad in a doghouse. When the dog got wet and slept on the blanket, the heating pad sent out bursts of energy that disrupted work at the observatory. The solution: Scientists bought a waterproof heating pad. "We're happy, the dog's happy."

Cute as those stories might be, this is no laughing matter. Imagine being a scientist who waits a lifetime to use the telescope -- only to have data lost because of a wet dog.

"At best, you weed through your data, trying to toss out the interfering signals," Lockman says. "At worst, it just kills your work completely."

Some people 'really freak out'

White picket fences adorn the yards of early 20th century homes in Green Bank, and a quaint business strip includes an arts center, antique shop and quilt and basket store. Like most small towns, Green Bank is anchored by a school, post office, Dollar General and barbershop. Its library was designated the nation's No. 1 rural library in 2003.

One gas station serves the town.

There are no stoplights. In fact, there are only three in all of Pocahontas County. An Oldsmobile-turned-GMC dealership is closed. The Church of God stands at the south of town.

Folks square dance here and bring gelatin salads with marshmallows to their socials. They have ham radios and landline phones. They do have the Internet, either with dial-up service or Ethernet cable.

A few confess to having Wi-Fi, a fact that annoys Bauserman and others at the telescope.

He points toward the main road and the homes with guilty parties using Wi-Fi. He tries to find an alternative to knocking on their doors, often making sure astronomers switch to different frequencies so their work won't be disrupted and residents can live their lives. He's never had to seek prosecution.

"We don't want to have a riot on our hands."

Beyond the residents who stray from the rules, arcing power lines and cut cable lines that are not capped are most problematic. Satellites beaming down and aircraft using radar can cause problems, too.

Within a mile of the telescope, only diesel vehicles are allowed because spark plugs could overwhelm the sounds from galaxies. Workers communicate using walkie-talkies on very specific frequencies.

There are about 25 to 30 homes on observatory property for employees. Anyone living there signs a waiver not to use microwaves or wireless devices.

More than a dozen high-end radio telescopes exist around the world, including in Australia, China, India, Japan, France and Sweden. The observatory here was founded in 1956, and its first telescope began operating in 1959. Astrophysicist Frank Drake soon used the telescope to search for extraterrestrial intelligence, the first time anyone used modern equipment to search for life beyond Earth. (He didn't hear anything.)

Power lines, radar, radio and spark plugs back then were the biggest source of interference. The area was chosen because of the small population in Pocahontas County and because the mountains provide a nice protective barrier from interference.

But that was long before today's wireless-reliant society. Policing the 25,000 tourists who visit the observatory every year can be a challenge.

"Some people when they come here really freak out because they can't have access to their little devices," Lockman says.

He and his family moved here two decades ago. He loves the combination of high-tech science and country living. In fact, he gets annoyed by folks when he travels beyond Green Bank.

"To tell you the truth," he says, "it seems pretty strange and annoying to see people always diddling with their devices and not paying attention to what's going on around them."

Many residents around Green Bank feel the same: like, what's wrong with the rest of America to be so attached to a phone?

Katherine Lafleur breaks down in tears outside her home over the country's love for their cell phones -- because devices meant to keep us in touch have made us out-of-touch.

"When they're in the restaurants, often you'll see two people having dinner together," she says, "but they're both on their cell phone."

Hanna Sizemore admits she was one of those addicted-to-her-device Americans. She grew up in Green Bank, went off to college and eventually landed a job with NASA in Silicon Valley while her husband worked at Google.

Not having a cell phone in the house now, she says, is part of the tradeoff of living here. "We're in a little bubble of the past here," she says. "The mandate to disconnect really helps you think carefully about interaction with technology."

She points to her backyard -- a gorgeous view of the Allegheny Mountains. "It's amazing," she says. "It's kind of a little oasis."

Harold Crist is 90 and taught many of the residents here in the 1950s when he was a teacher at the high school. He remains the regional sage.

Not having a cell phone in his house in neighboring Arbovale is no sweat off his back. He rigged electricity up to the old place around 1935. Try living in these parts during frigid winters with wood stoves and blankets, he says.

"I've been fortunate to go from the beginning of the automobile and the airplane to today," he says.

Crist admits living with some inconveniences because of the giant telescope. He once had the "RFI police" show up at his door. Turned out his electronic doorbell was interfering with the lab. They hauled his doorbell off, tinkered with it and returned it retrofitted to conform to lab rules.

Far from complaining about their circumstances, residents in these parts fear their secret will get out -- that vacation spots will pop up advertising this refuge from connectivity. They've already seen an influx of about a dozen "electrosensitives," people who believe electromagnetic frequencies are the source of their illnesses.

Folks here relish their place in history as America's quietest town, where researchers study galaxies, the ice sheets on Europa, and the complex molecules found in clouds between stars.

If there's life out there, they'll hear it first. They just won't be able to notify anyone by cell phone. 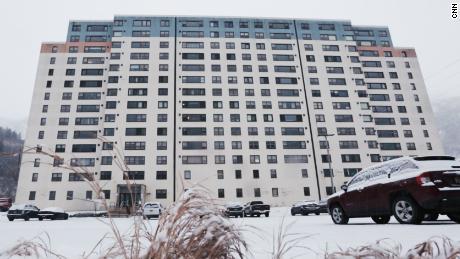 Whittier, including its hospital, school and city government, functions within one self-sufficient structure: a Cold War behemoth. 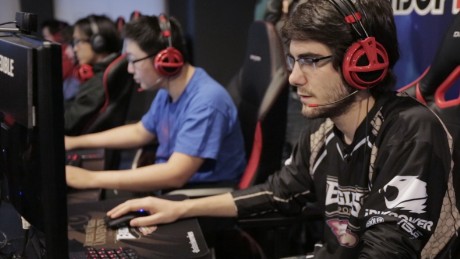 The dozen or so students we met last spring had earned scholarships to play video games while pursuing college degrees in subjects ranging from computer networking to business to design.