CNN asked people to leave us a voicemail and tell us their love stories. They told us about the magic of falling in love, the moment they knew they were in love, the one that got away.

Here are some powerful stories we heard: some are bold and some are sweet, some are hopeful possibilities and others tearjerking lifelong romances. 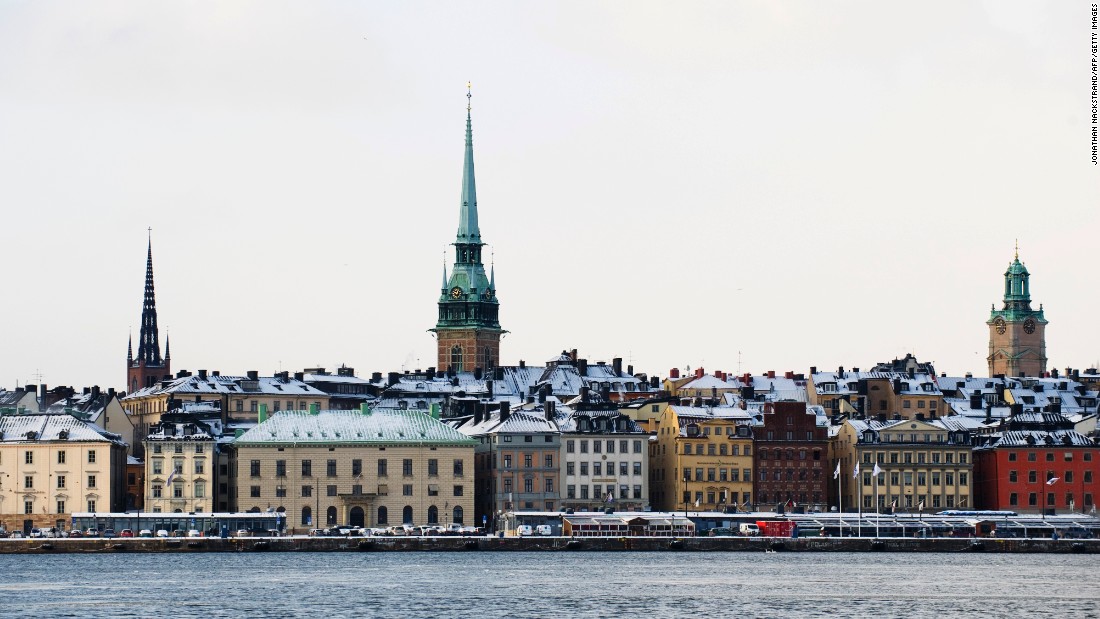 "I know this is crazy and I’ve only known you for a few days, but I’m in love with you and you just needed to know."

One snowy evening in Stockholm, two strangers met in a cafe. The only open table was next to her. This is their love story.

I was in Stockholm for the very first time about a year ago, visiting some friends for Christmas. And I was walking down the street, in the old city center, it was Christmas day and it got dark there very early.

And I saw this beautiful girl walking ahead of me and she walked into this coffee shop and I kept on going because I wanted to journal, I was sort of in a bad mood. But after about five minutes of walking, it was cold out, it was dark, and I hadn’t found another good coffee shop, so I turned around to go back in where I saw she had entered.

Just so happens that there’s only one table open, and it happened to be the table next to her. So I took out my journal and I was writing. And after about 30 minutes of me writing and her reading, I said something to her, and we started talking and one thing leads to another and we end up spending the next few hours talking together. And the next few days.

We went ice skating and we walked through and explored all the museums we could and we took photographs together, and I met her family. She’s French, I’m from the United States, from Michigan, and Amelie is from Lyon, and she was studying translation so she spoke really good English but her family hardly spoke at all.

And so I was at lunch with them and she was translating and we were laughing and generally just had a wonderful time.

And this one night, I was walking her back to her hotel, and it was late, it was about 2:30 in the morning, the snow was coming down, the sun - not the sun - the light sort of beaming on us, it was perfect. The streets in Stockholm were empty and quiet and majestic. And I gave her this little gift, this flannel shirt that she had seen and she wanted and I gave her a kiss on the cheek and said good night to her and I turned around and I was walking across the street.

And I heard someone scurrying after me, we’re the only ones on the street, it’s really late. and she turns around and she’s huffing and puffing and she’s like, “You know, Michael, I know this is crazy and I’ve only known you for a few days, but I’m in love with you and you just needed to know.”

And this is after a few days of ceaseless time together and I just smiled and said that I loved her too, gave her a kiss, and we just stood there hugging and looking at each other.

It was a very special moment. And we ended up dating long distance thereafter. 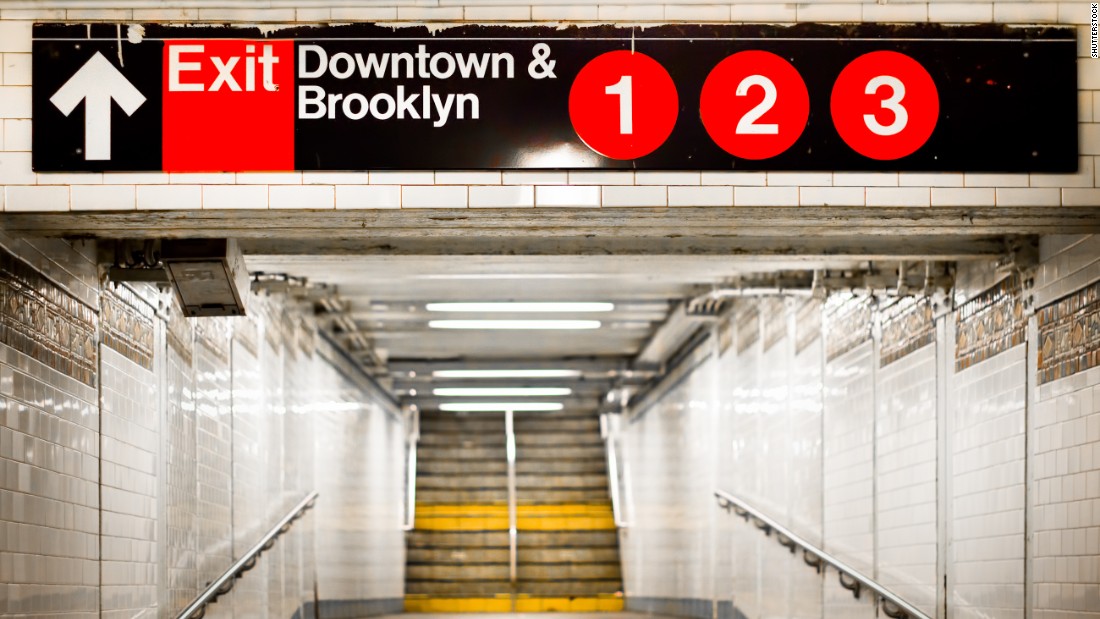 "My train pulls into Times Square and she steps onto my subway car... and she ends up sitting next to me."

He thought theirs was going to be just another failed New York City love affair, and then she walked onto his subway car.

I met her in a bar in Brooklyn, I walked into the bar, we were headed to a friend’s birthday party, and it was in the back of the bar, in a separate room, and we walked past her, she was sitting at a table with her friends.

And I looked to the left and I looked back to my buddies and I said, “I’m going to buy this girl a drink.”

And they were like, “What are you talking about? We just got here. We haven’t even said hi to our friend yet.”

So I asked to buy her a drink, she was about to leave, but she nonetheless reluctantly agreed.

We ended up sitting at the bar the whole evening and talking and really enjoying one another’s company. And I walked her home. Roughly a week later, we were gonna go on our first date.

And about an hour before i’m gonna leave the office and head to the bar -- I worked on the Upper West Side at the time. She texts me and says, “Hey listen, I’m sorry, I just got out of a thing and I don’t think I wanna see anyone right now. I just got out of a serious relationship,” something along those lines. And at the time I had been single and in New York City for a long time, and I thought to myself, “Okay bar girl, that’s fine,” and just added it to the list of failed love affairs as a single person in New York.

And I leave the office and get on the 2-3 train to head back towards Brooklyn where I live. And my train pulls into Times Square and she steps onto my subway car, about 45 minutes, an hour after we had texted one another. And she ends up sitting next to me. I knew we were going to the same place, we were going to the same neighborhood. We had met in our neighborhood bar. So by the time we got back to Brooklyn, which was maybe a 45 minute subway ride, I had convinced her to come out with me again. Not that night but another night, she had already made plans with friends in that brief period of time.

And lo and behold, years later, after some other ups and downs, which I can tell you about some other time, we are, in fact, still dating. And soon I’m going to ask her to be a little bit more than that. 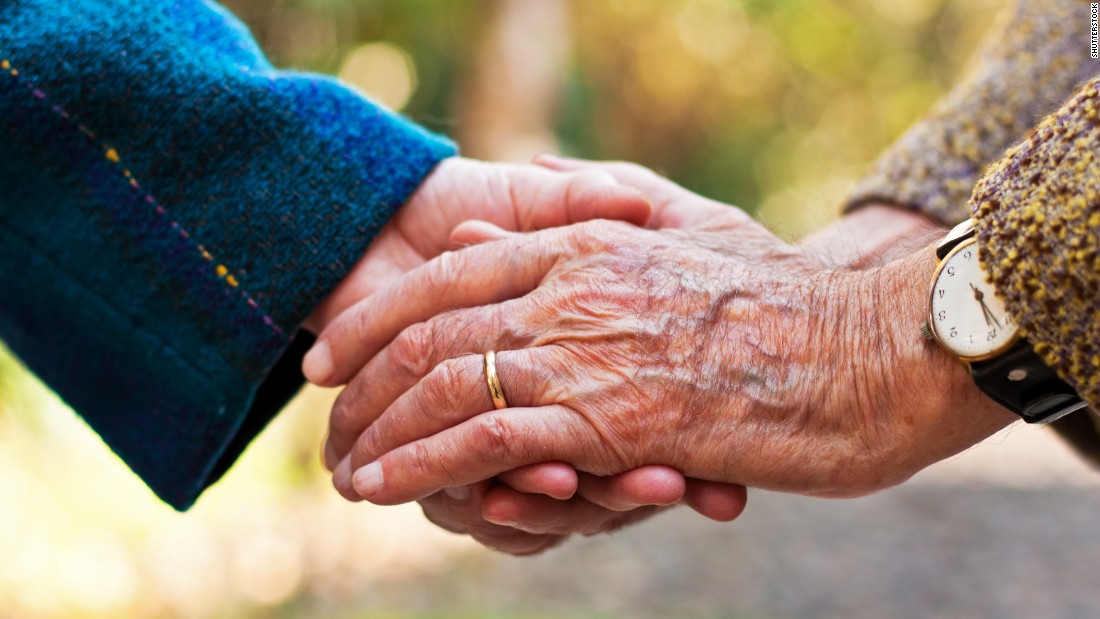 "He was the love of my life... and it was just a chance meeting."

It was just a chance encounter over 39 years ago, and he ended up being the love of her life.

The sign said you can proceed unless stopped by an MP. He had seen me before, and recognized my car and stopped it, got my license and wrote down my name, took down my license number.

And after I left, he called the DMV and got my phone number and that night he called me.

Three months later we got married and two months after that he went to Vietnam.

He did come back, we were married for 39 years, he passed away five years ago. He was the love of my life and it was just a chance meeting, and he was Mr. Right for me. And that’s my story. Thank you. Bye. 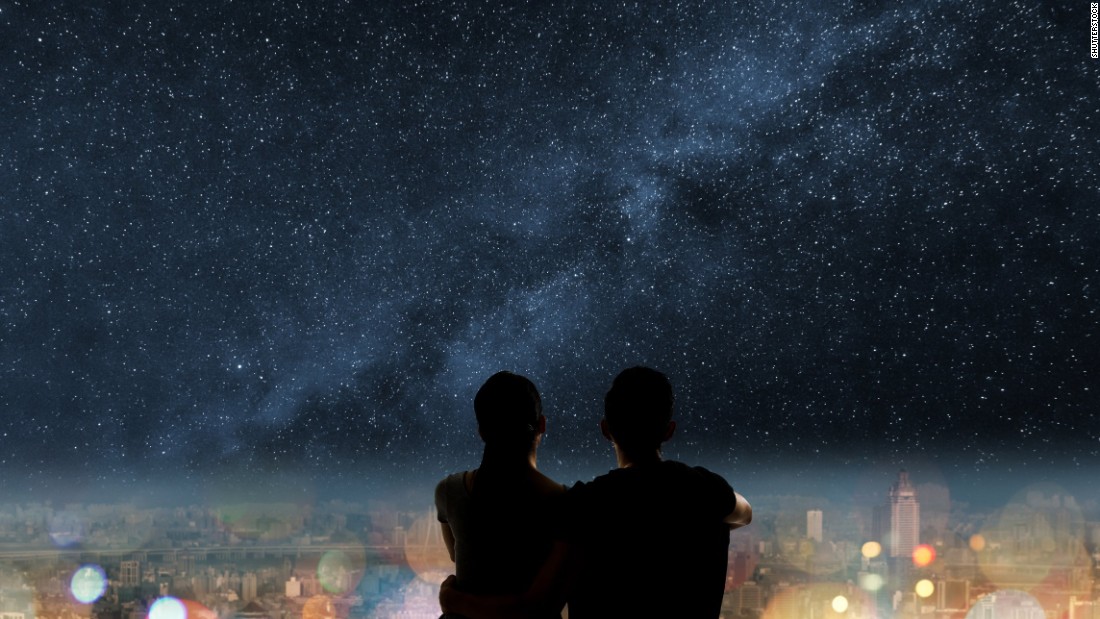 "He makes my heart melt. He absolutely makes me nervous, in a good way."

He makes her nervous, in a good way, and she’s falling in love with him. But is he the one that got away?

I was working for a landscaping company and I met this guy, who remains unnamed, and he was working for them as well. He seemed really nice and cute and had his shit together, trying to get his kids back, just like me.

He’s in a program and I’m trying to get into a program, so we have a lot in common.

I just think he’s awesome and he makes my heart melt, he absolutely makes me nervous, in a good way, a way that I haven’t felt in a long time, or really ever felt.

I think he’s the one that got away though. I’m not sure. He hasn’t called me in a few days. But I’m falling in love with him. 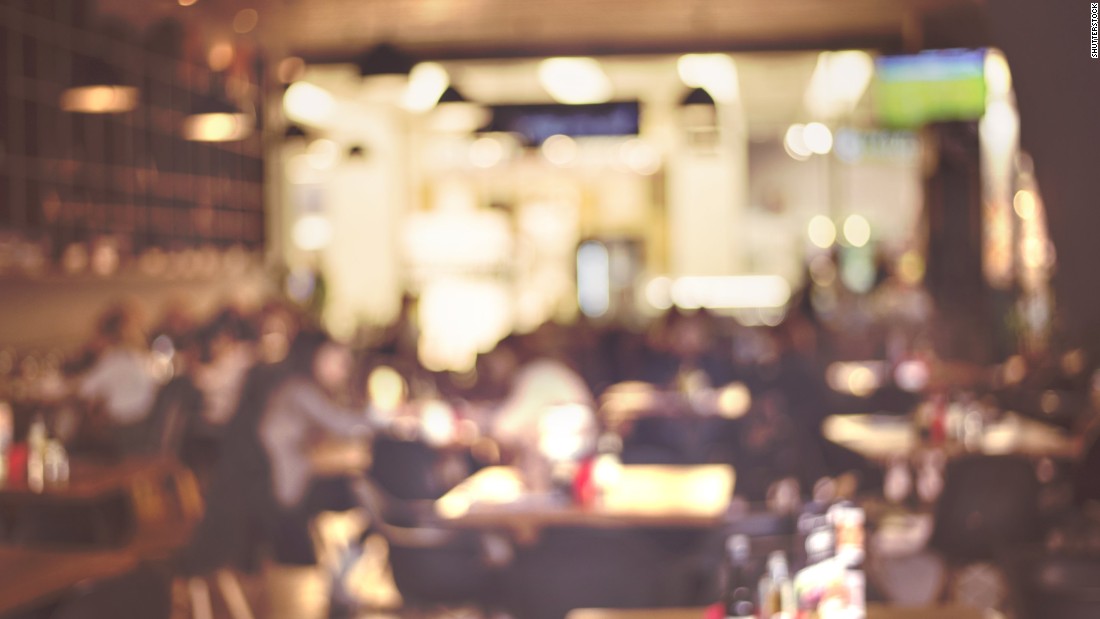 "I got up, and walked across the room, and looked at him and said 'kiss me.'"

She didn’t know who he was. She had never seen him before. When she saw him, she just knew he was the one.

I had had a bad night at work, and a girlfriend said, “Hey, let’s go out. we’ll have a couple of drinks at the restaurant.” It was a Thursday and we never go out on Thursdays. So we went. And we had a couple of drinks.

And I looked up, and he came walking into the room. And I had no idea who he was, I’d never seen him before, I just knew he was the one. So, I got up, and walked across the room, and looked at him and said “kiss me.” And he kissed me and that was five years ago and we’re now married. And it’s been perfect. So… that’s our love story. 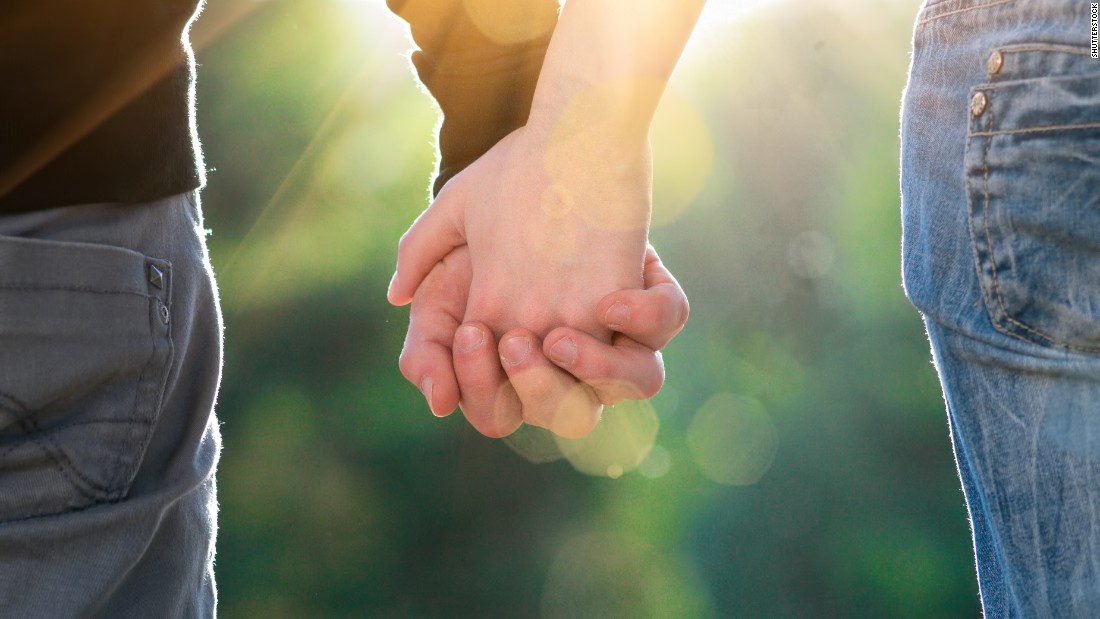 "Even though I’ve made mistakes, she still wants to be with me and she trusts me."

Their love story isn’t about how they met or the moment they knew; it’s about how to make a marriage work.

I’ve failed as a husband in many ways, far too long to explain in this voicemail. But the thing about Alexis that I love the most is that she believes in me, she comforts me, she encourages me, even though I’ve made mistakes, she still wants to be with me and she trusts me and she loves me.

I can only hope to be as good of a husband to her as she’s been a wife to me and I look forward to spending many, many more years with her. 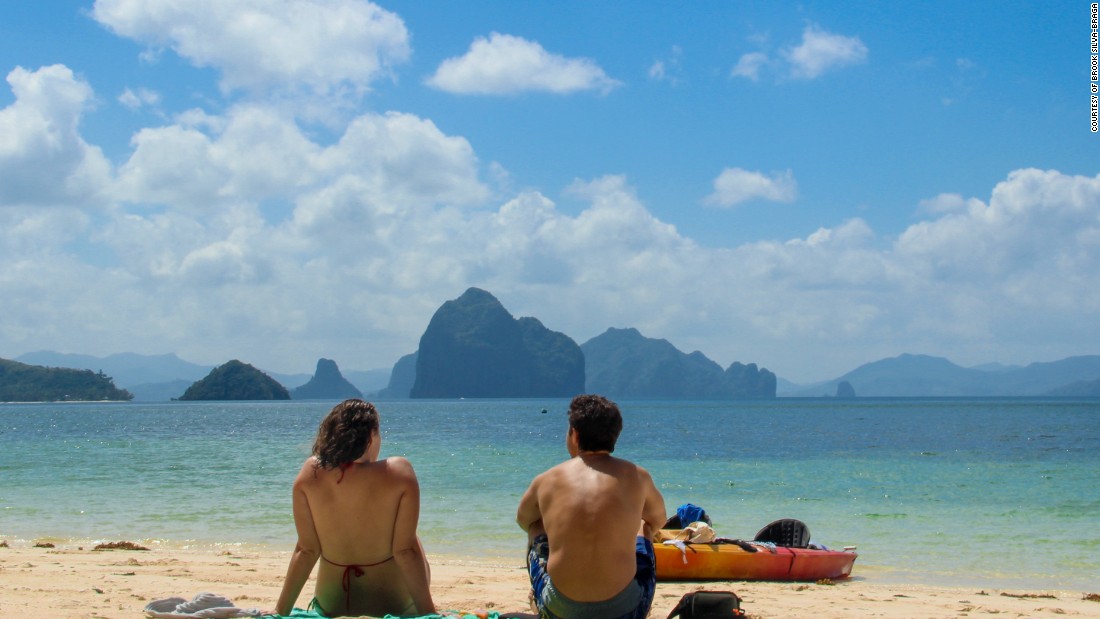 They wanted to know their relationship would work, so they created a series of tests, just to make sure. This is the story of their marriage test, and of their love.

Him: So our love story started when a mutual friend introduced us.

Her: But we lived in different places.

Him: Oh, actually, sparks didn’t fly. We were just friends.

Her: Maybe we should start over.

Him: No, no keep going. Jill, haven’t we learned not to start over? Actually, after being friends, we then, we dated for a while. Then we had to start over.

Her: And I thought that was the end.

Him: But then we got back together. And that’s how we made up this test. So then we made this, we’re like, we already broke up once, so maybe we should really be sure. so we made all these activities to see if we’d be good at being married.

Her: We traded credit cards.

Her: Borrowed a baby.

Him: Yeah, we took care of baby jack, 9 month old jack for a weekend.

Her: We confirmed our sexual chemistry.

Him: That’s right, and improved upon it, hopefully. We gave each other sexual performance reviews. That was a funny night.

Him: And then, here we are.

Her: We made it through forty dates.

Her: Brook asked me to marry him.

Her: And now we’ve been happily married for a year.

Him: Boom! The marriage test, success.

Her: Yeah, it works.