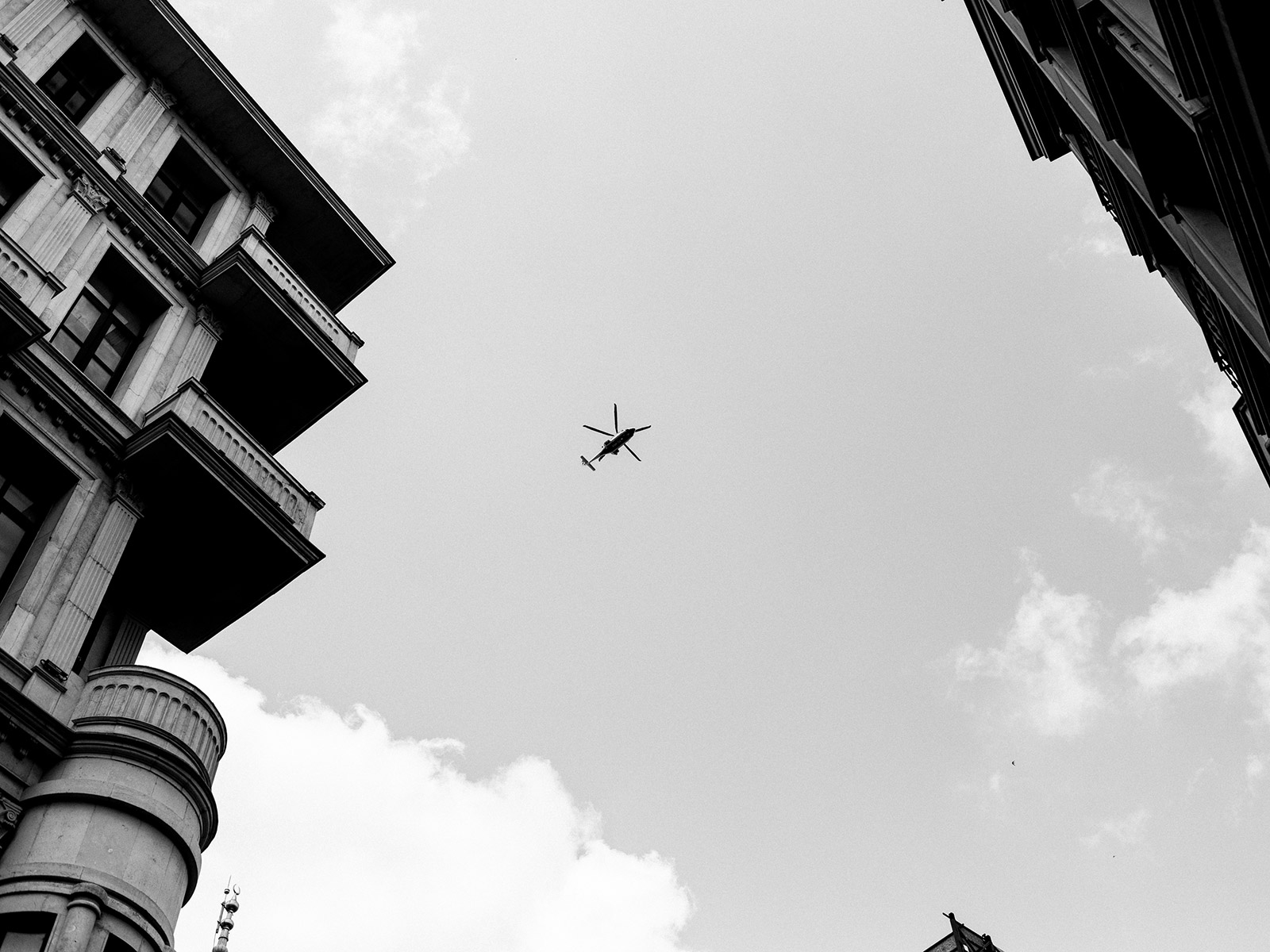 Turkey in the shadow of terror

In the wake of Istanbul's latest terror attack, a Turkish photographer finds a story all too familiar Photographs by Furkan Temir/VII Mentor Program for CNN
Story by Lyric Lewin, CNN

When the media rushed to the scene of the attack at Istanbul’s Ataturk airport, photographer Furkan Temir took a moment to mentally prepare before going in.

Temir was born and raised in Turkey and has become all too familiar with these catastrophic scenes of violence. He has been photographing the aftermath of terrorist attacks since he was a teenager.

“I feel the responsibility,” said the 21-year-old. “I would like to tell our story.” 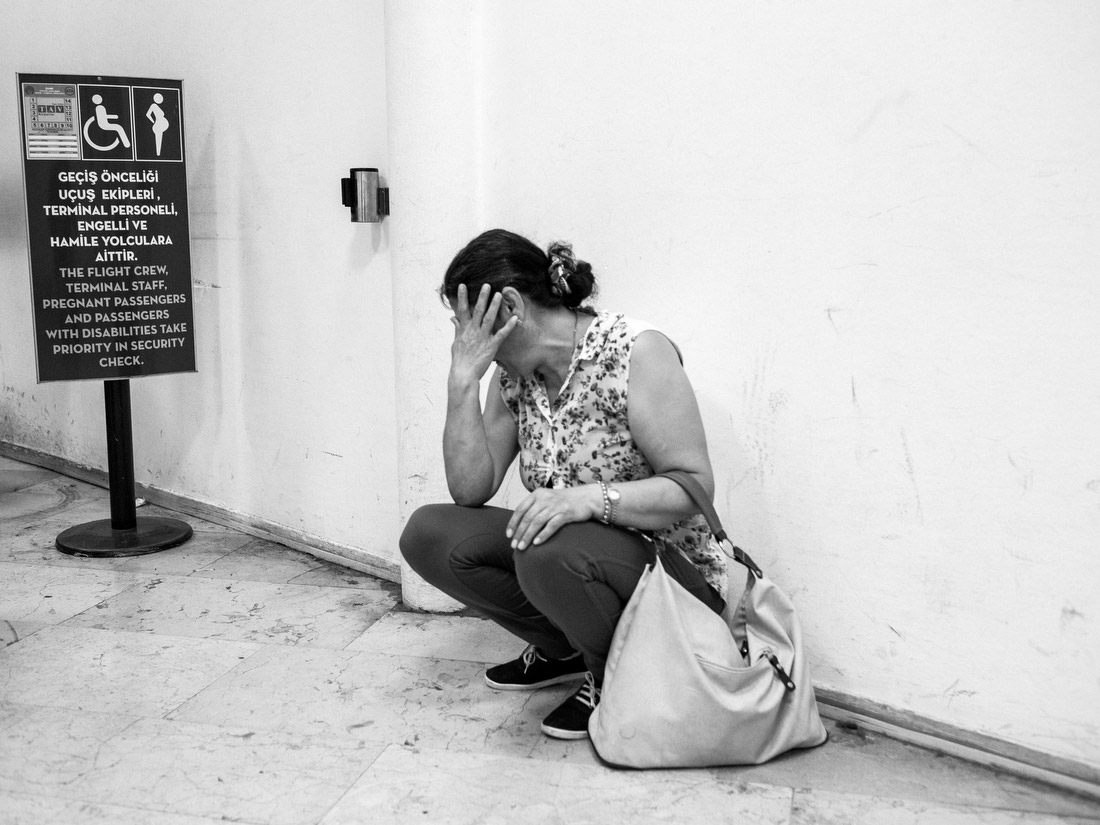 An employee at Istanbul's Ataturk airport cries after hearing an explosion.

At least 44 people were killed in the airport attack, and nearly 240 were wounded.

This is starting to become a grim reality for the people of Turkey, where there have already been at least seven other deadly attacks this year. A man rides a ferry across the Bosphorus. Photographer Furkan Temir says many people tend to stay home in the immediate aftermath of terror attacks.

Temir spoke about this constant threat, saying many Turks are holding their breath, just waiting for the next attack.

“Right after these bombings,” he said, “the whole country is in shock. … Most of the time, people don’t go outside for the next few days because they are afraid.

“After one week, normal life is starting to (return), but after one month (people fear) another (attack) is coming and everything turns back again.” 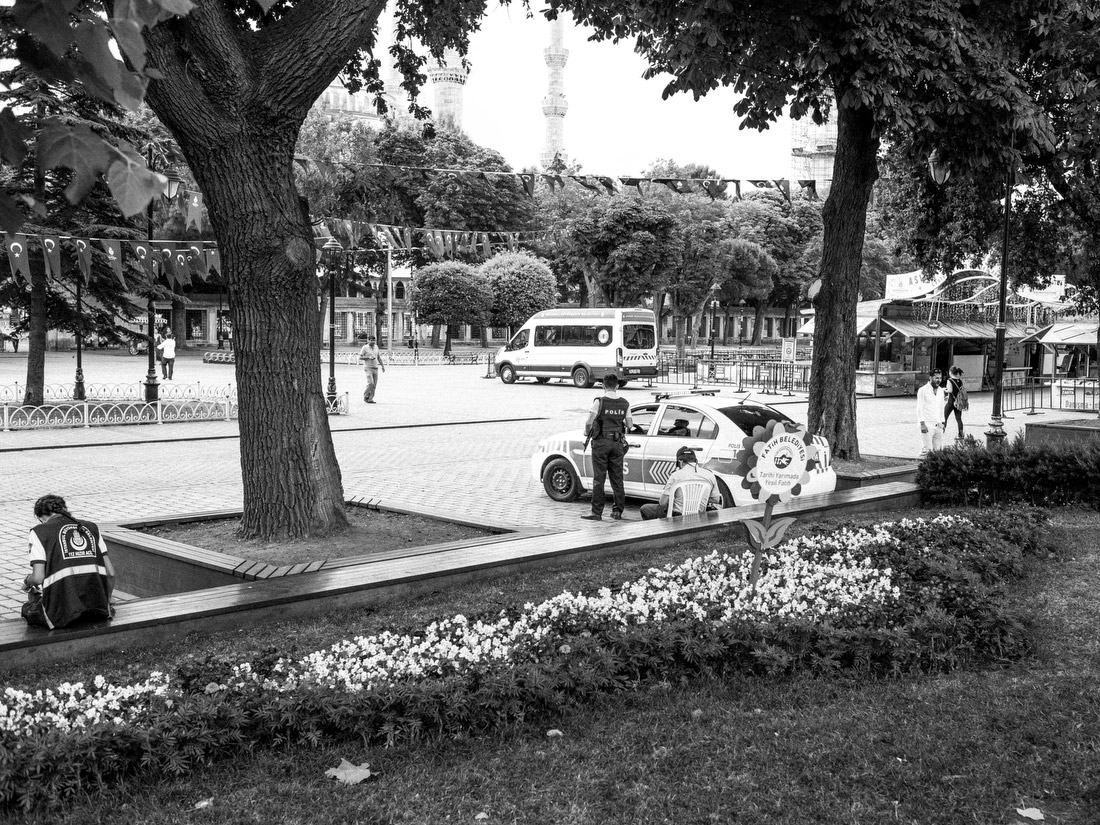 Just six months ago, 13 people were killed in a suicide bombing here at the Sultanahmet Square in Istanbul. 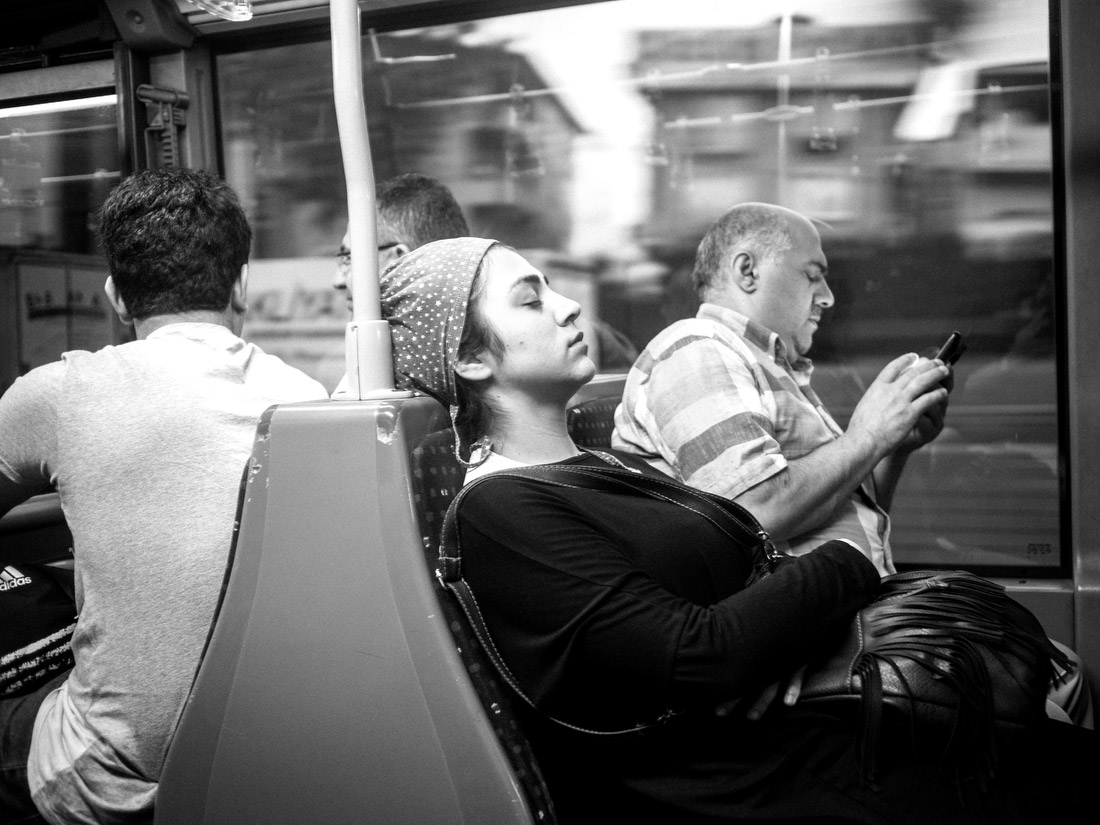 The entrance to the Vezneciler subway stop, where there was a deadly explosion earlier this month.

Temir spent two days photographing Istanbul and its people in the aftermath of the airport tragedy.

Like many of his peers, he is well-equipped to tell these stories as he knows the context, history and cadence of daily life in Turkey. When breaking news hits close to home, he does not frantically dart into the fray of coverage; he thoughtfully approaches people, talks with them and earnestly asks how they are feeling before he raises his camera.

He arrived at the airport early Wednesday, hours after the attack began, and the premises were already being cleaned to reopen for business. 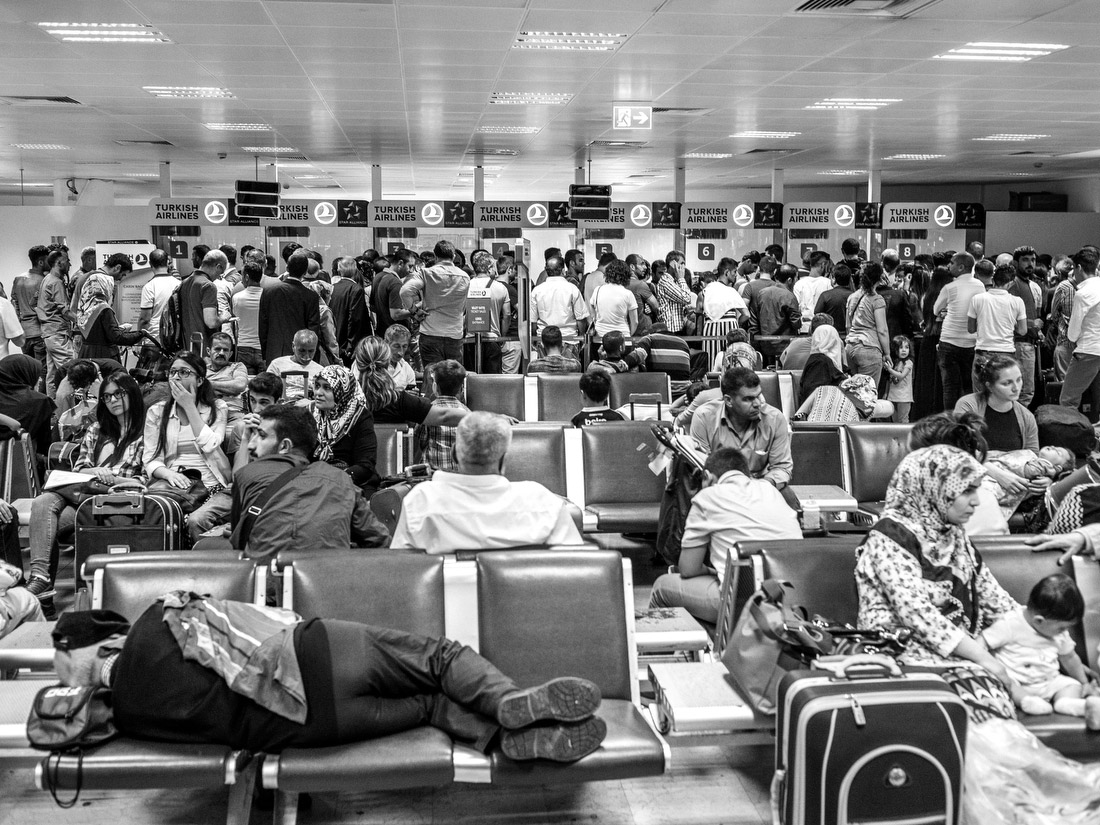 Passengers wait for their delayed flights.

Some of the airport security, many of whom just lived through the traumatic experience, were asked to stay and continue working. One airport worker was heading home when she heard another blast. Temir witnessed her breakdown as she screamed and crumpled to the floor. “Enough!” she sobbed. “I just want to go home.”

Temir said the government temporarily blocked social media for security reasons. But this also inhibited people from being able to communicate.

“We were not allowed to use Facebook, and because of that we couldn’t easily get the news,” he said. 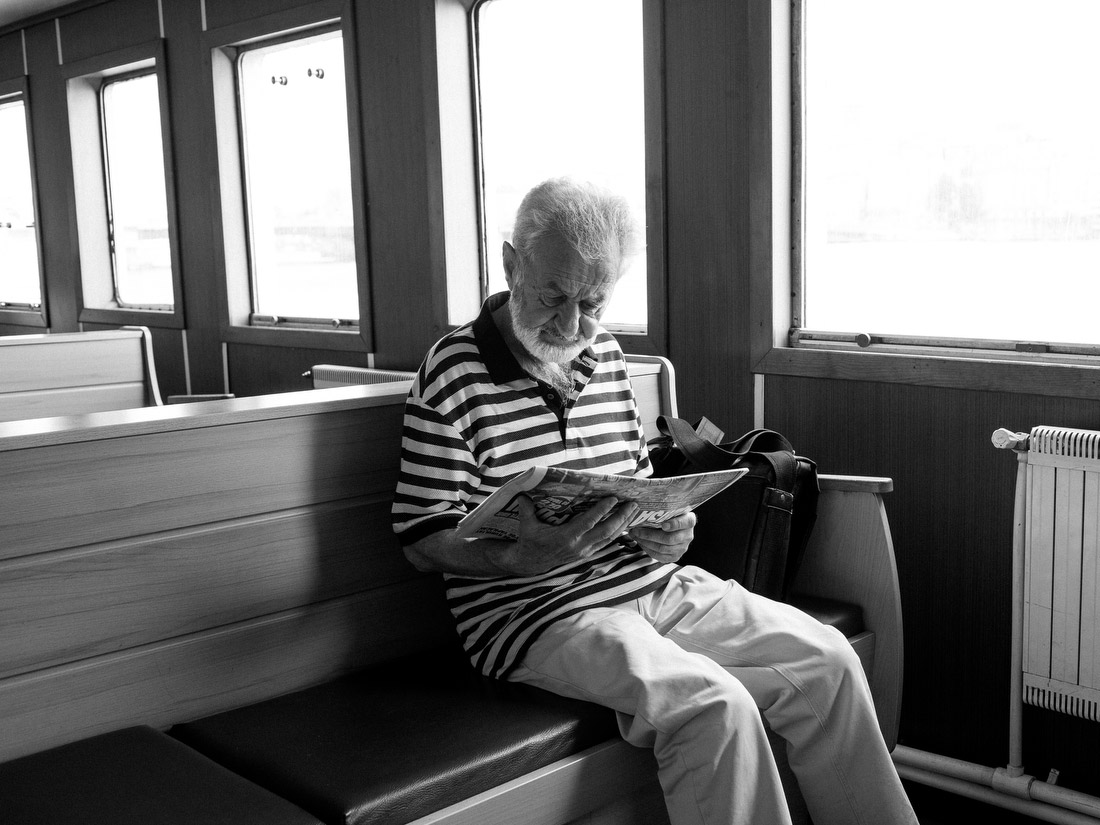 A man reads about the airport attack on a ferry. 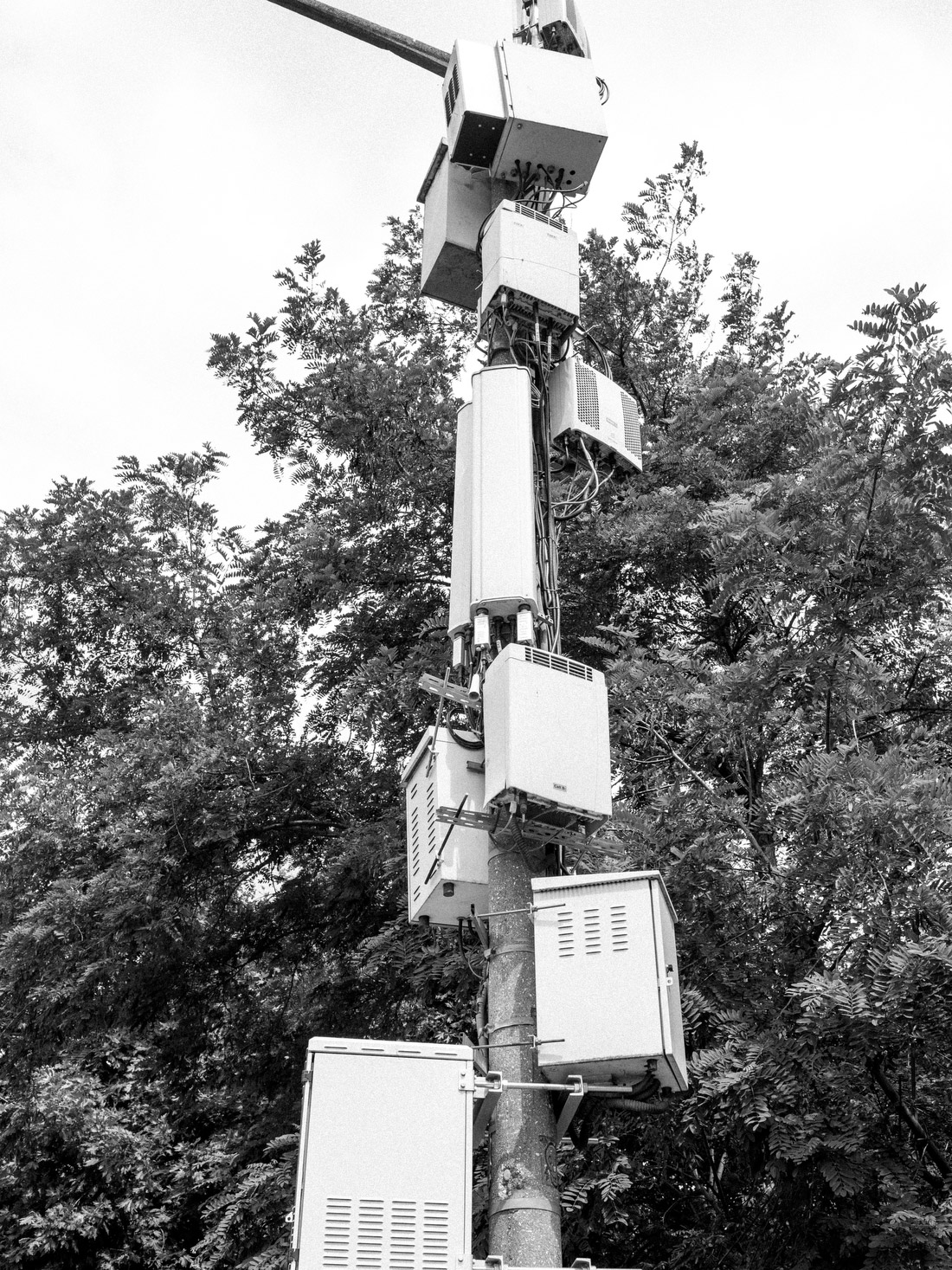 A wireless tower in the Sirkeci quarter of Istanbul. After the airport attack, the government temporarily blocked social media for security reasons. 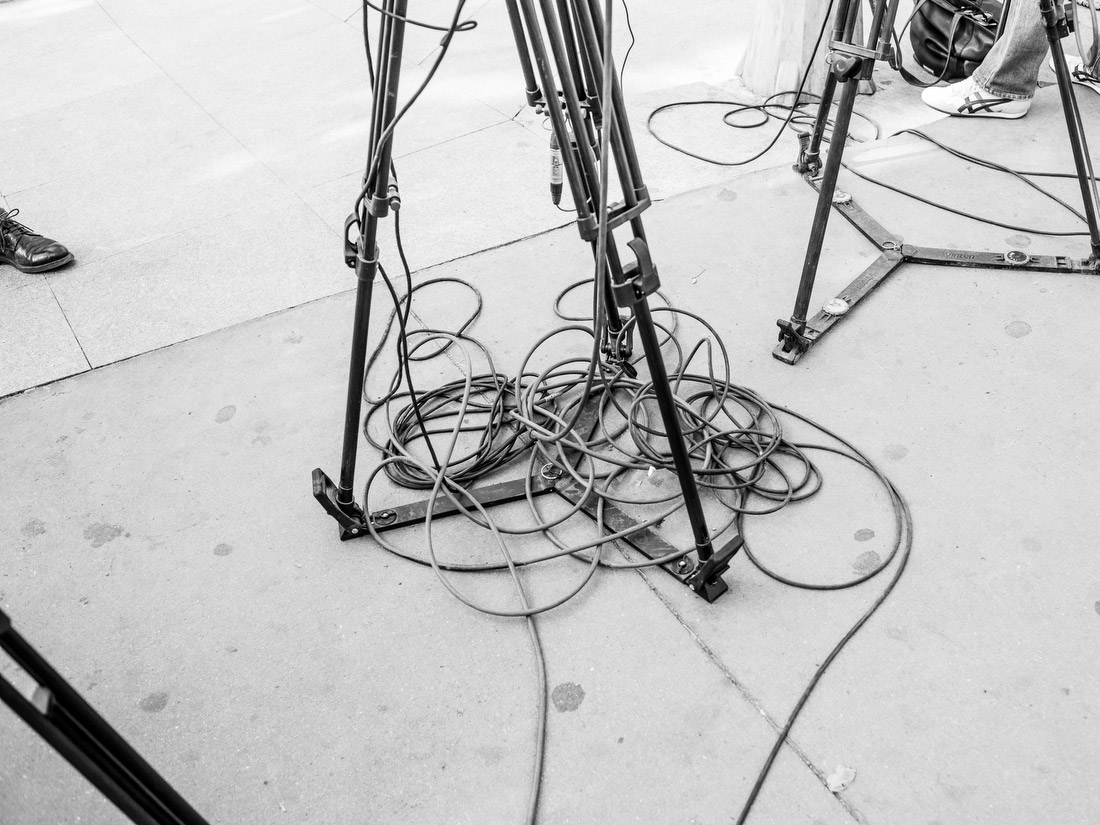 In the aftermath of the attack, many media organizations broadcasted live from outside a hospital.

The next day, Temir went to two different funerals — one for taxi drivers who were killed and another for airport workers. Many of the airport employees left work for 30 minutes to attend the funeral.

Temir said the experience was emotional, as close to 500 people crowded next to one another shoulder to shoulder, tears streaming down their faces and palms turned upright in prayer as officials spoke and read passages from the Quran. 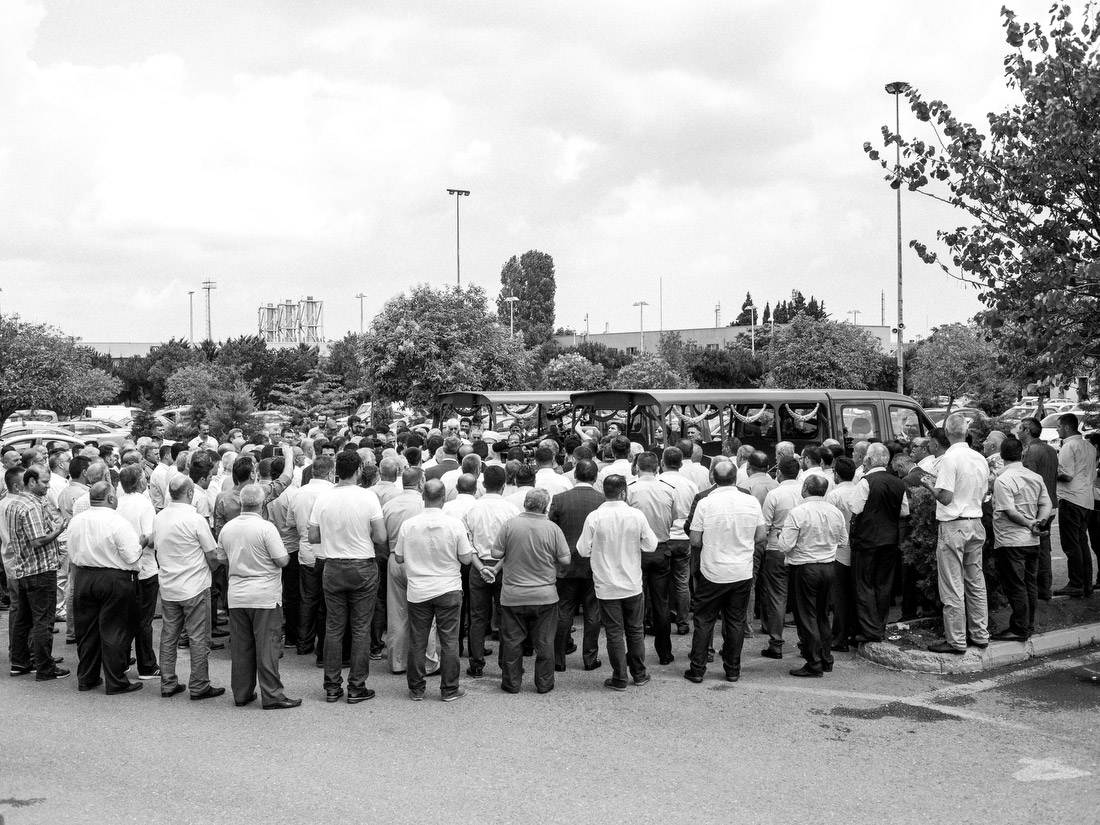 Funerals are held for some of the taxi drivers who lost their lives in the attack.

One of the worst parts in the aftermath of a terrorist attack is the weight of suspicion burdening innocent people in Turkey, the photographer said.

“People are looking at each other like suspects. If you are wearing a leather jacket in the summer, or if you have a beard … it’s so confusing because everybody is afraid of everything and everyone.”

Even as Temir travels around for assignments, he sees police become stressed as they eye his bulky bag, slung over his shoulder, carrying his camera equipment and laptop. He can’t remember the last time he felt light and at peace out in the streets of Istanbul. He points back to a few years ago before the Gezi Park protests.

But even then, he says, it was not really freedom. “It’s complicated.”

He knows ISIS is the whole world’s problem and that Turkey isn’t fighting that battle alone.

“When something happens in Turkey, I always see it in the magazines and newspapers,” he said. “When the attack comes from ISIS, the world reacts.” 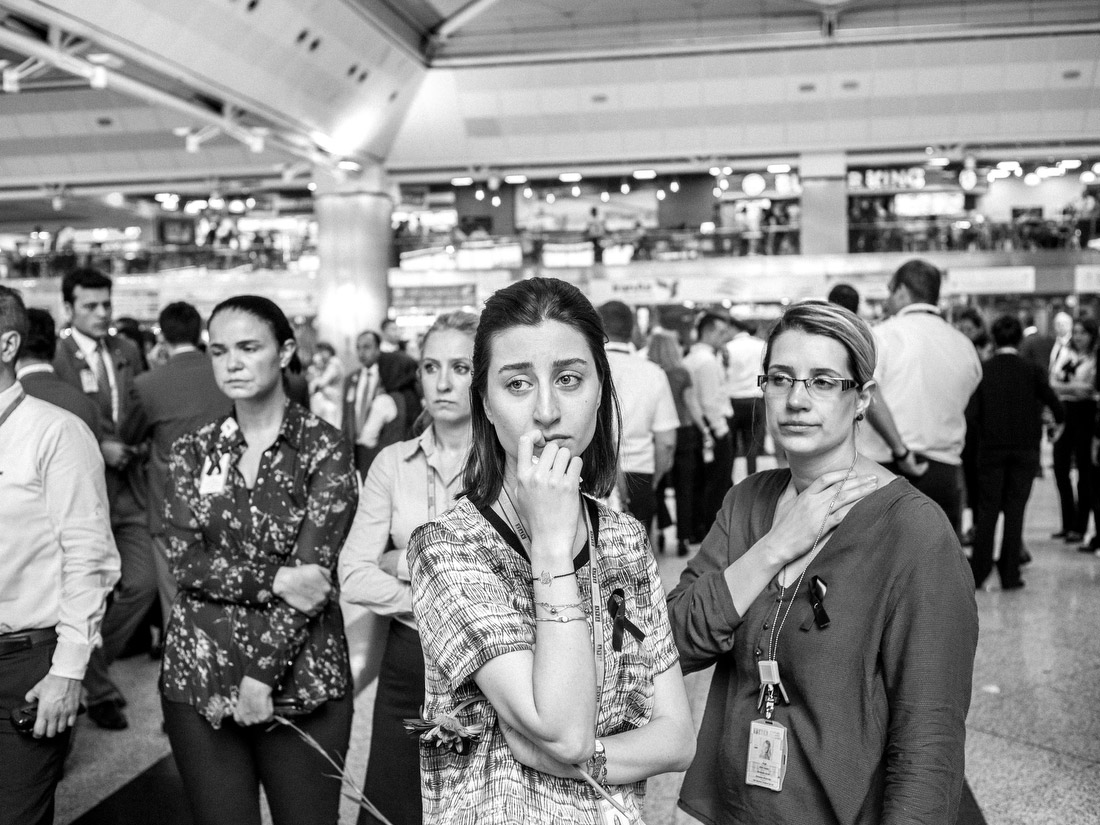 A memorial is held for airport personnel who lost their lives. 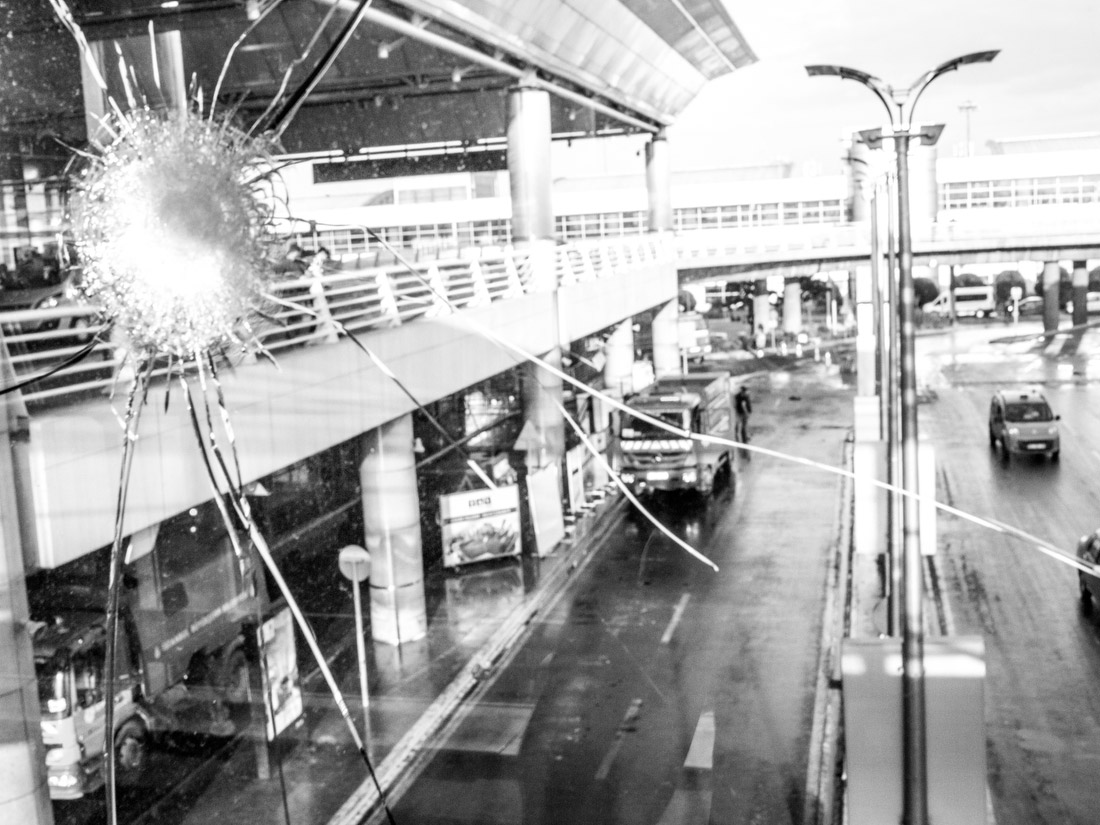 Many parts of the airport were damaged in the attack. 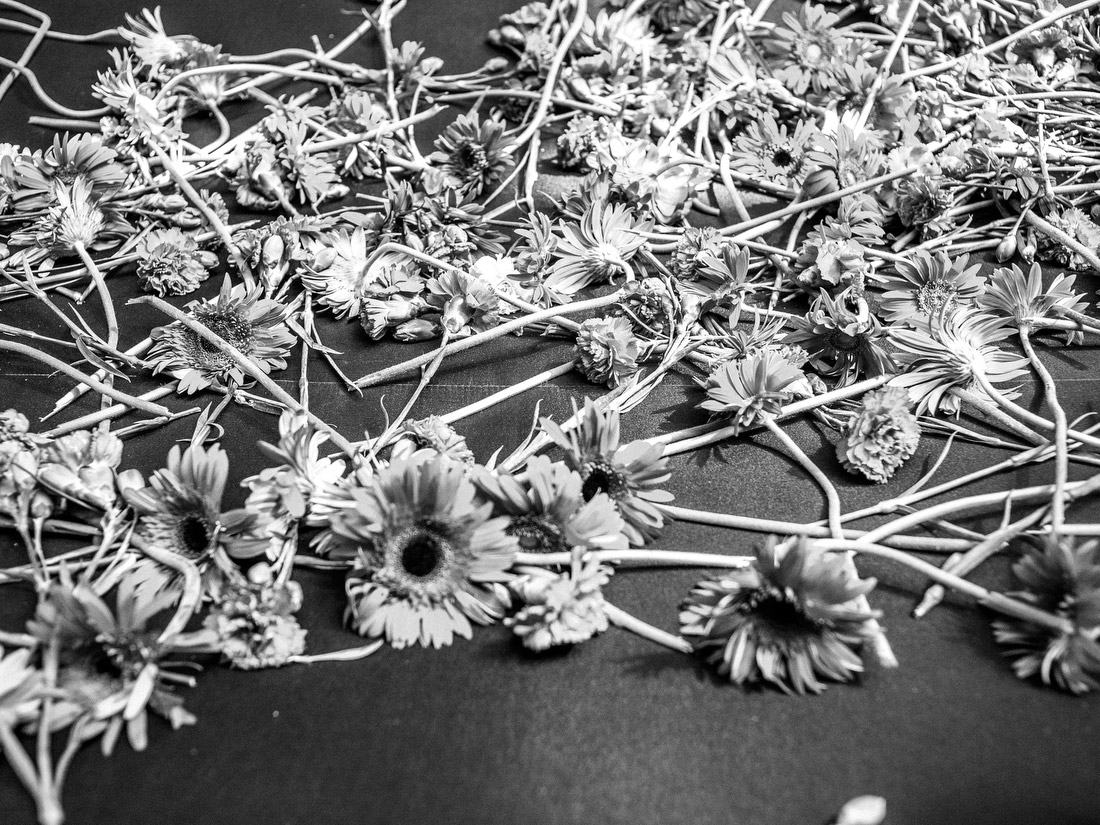 Flowers are seen at the memorial for the airport workers.

And he is not worried about devout Muslims whose faith remains unshaken from the terrorists who try to twist it.

When asked what his hope was for Turkey and where people would go from here, Temir was silent for a moment and then drew breath slowly.

“At this moment, it’s really hard to say anything because we are almost sure that next month will be another suicide bombing,” he said. Turkish ﬂags fly in front of the airport.

Furkan Temir is a Turkish photographer based in Istanbul. He is represented by VII as part of its Mentor Program. Follow him on Facebook, Instagram and Visura.