More than 3,000 children lost a parent on that awful day. Fifteen years later, in a world rocked by terror, this group has hard-won wisdom to share. Here, in their own words, is a glimpse into their journeys.

CNN worked with Tuesday’s Children, an organization formed after the 9/11 terrorist attacks, to interview and survey dozens of teens and young adults who lost a parent that day. This presentation contains excerpts from those interviews, edited for length and clarity.

Since 2001, the organization has served more than 2,000 children, says executive director Terry Sears. “I have watched these children grow from bereaved, vulnerable victims to become strong young adults committed to making this a better world. They are tomorrow’s leaders.”

Ten of the 9/11 children, now ages 14 to 29, were featured in a Town Hall hosted by CNN’s Brooke Baldwin. They spoke about their loss, the last 15 years — and why the terrorists failed.

More in this series 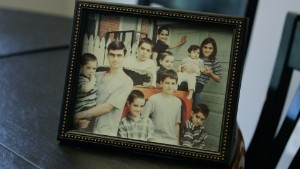 First they lost their dad on 9/11. They were ages 11 months to 15. Then they lost their mom. Meet the Palombos: Anthony, Frank Jr., Joe, Maria, Tommy, John, Patrick, Daniel, Stephen and Maggie -- a family that's the epitome of true grit. 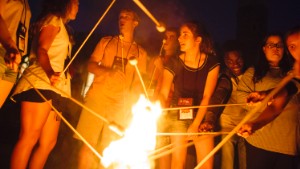 A place to belong

It’s a summer camp with a distinction: Participants are young people touched by terror. This year, 55 of them -- from a dozen countries -- gathered on a campus in Pennsylvania, where they found renewal and hope in their common bond. 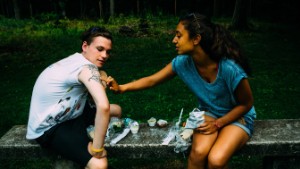 Bound by terror: ‘I’ve got you’

She faced al Qaeda militants in a courtroom. He put Osama bin Laden's image on a punching bag and let loose. She's from France; he's a "child" of 9/11. They're two strangers who share a tragic bond: Each lost a father to terrorism.

Design and development by Sean O’Key and Alberto Mier