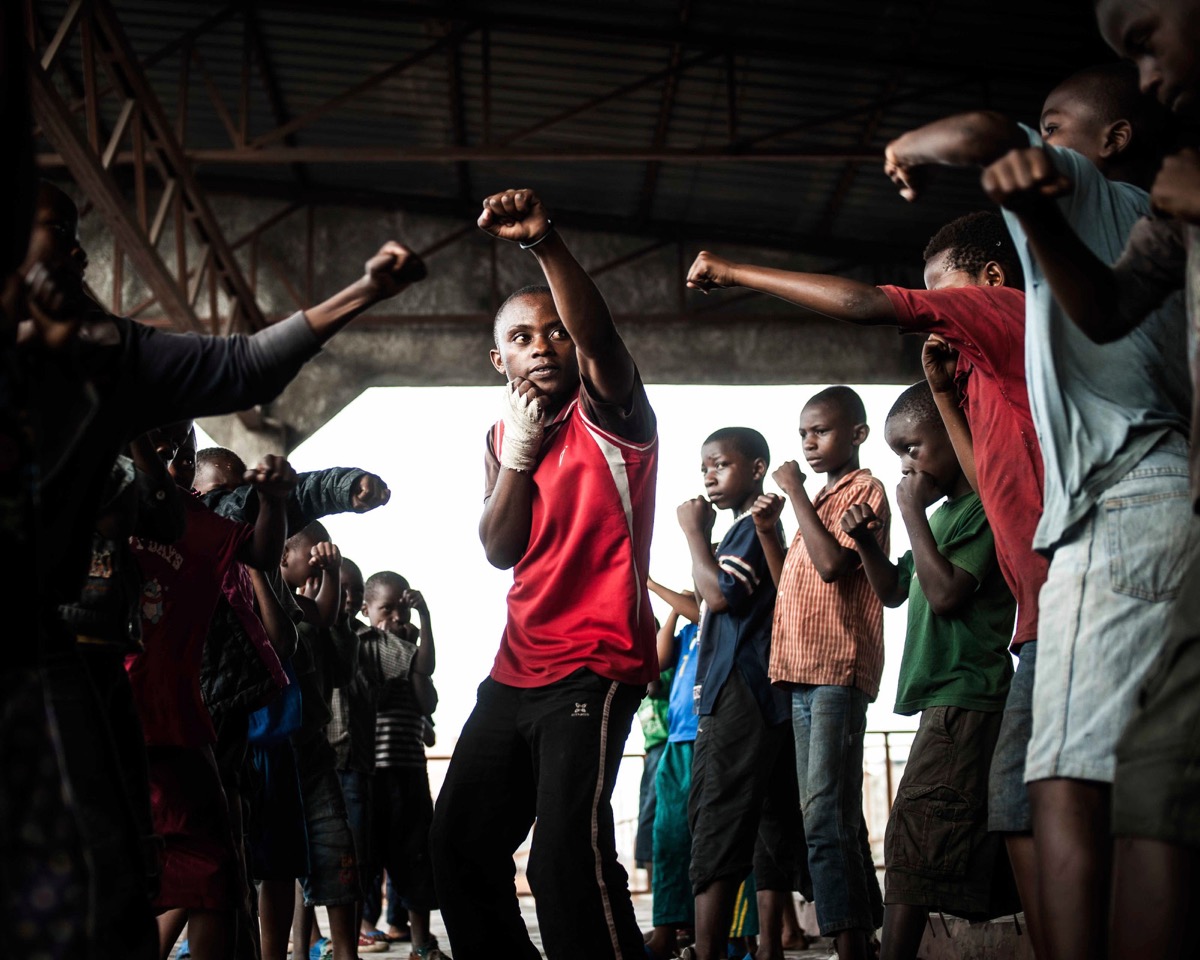 For much of the last 20 years, the Democratic Republic of Congo has been mired in armed conflict.

And it’s often been children doing the fighting.

Thousands have been recruited as child soldiers over the years -- an issue the United Nations called “endemic” in 2013.

"The recruiters promise you money, women and lasting gratitude,” he told photographer William Dupuy. “But the only thing you find in the forest is death, hunger and hell. I know; I experienced it."

Bagunda, a former child soldier, became the country’s boxing champion in 2008. Now he and other ex-soldiers teach the sport to street children in Goma.

"Our country has abandoned its children, but I haven’t,” said Bagunda, who goes by his boxing name Kibomango. “I am like them, a street child, but everyone knows me as the champion of champions. It gives the kids some hope of being something other than a shégué (a term for street children in Goma)."

Dupuy visited the school in 2015 and photographed what they call the “Friendship Club.” 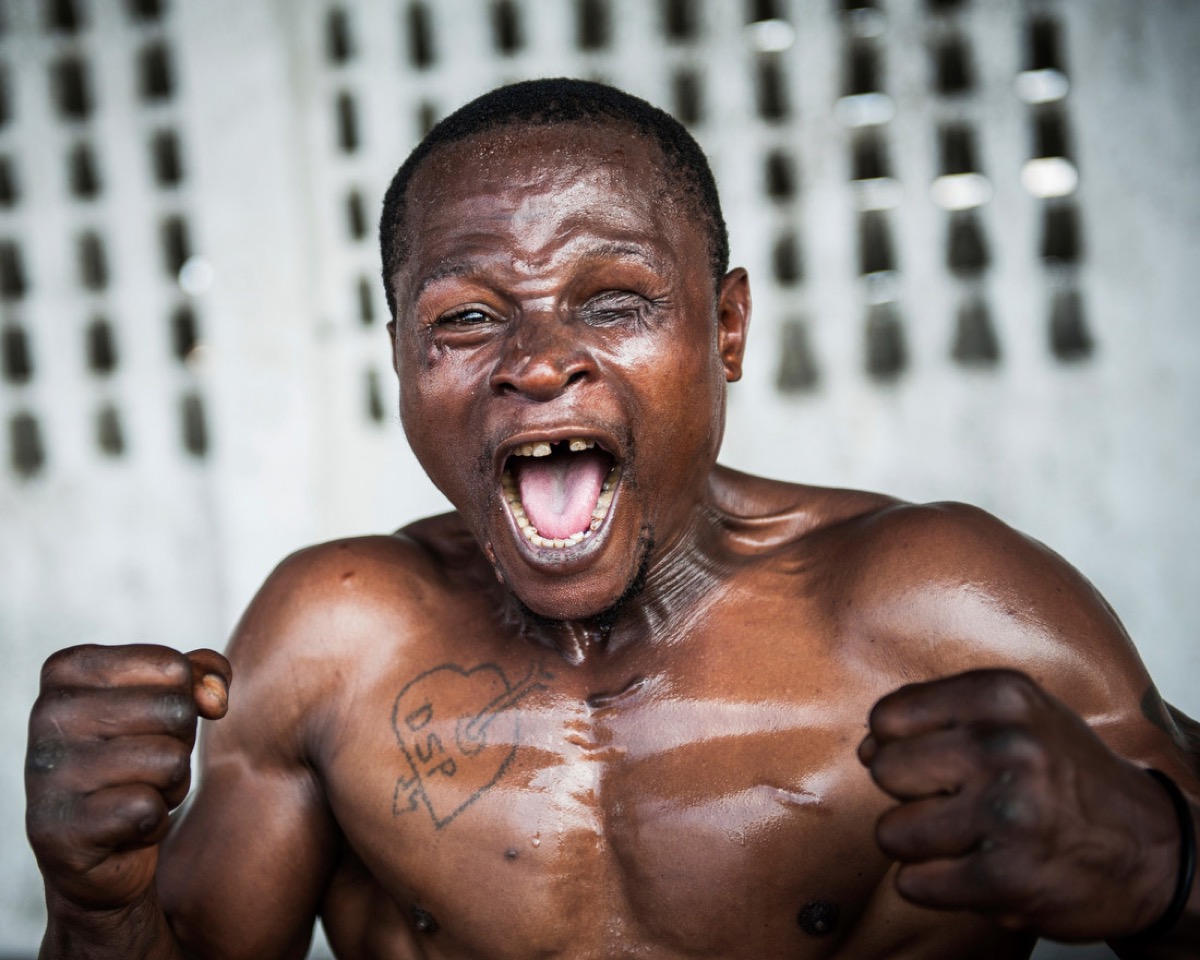 Kibomango was Congo’s boxing champion in 2008. The former child soldier lost his left eye to shrapnel. “His physique is like his life,” photographer William Dupuy said. “Violent, scarred and rough.” 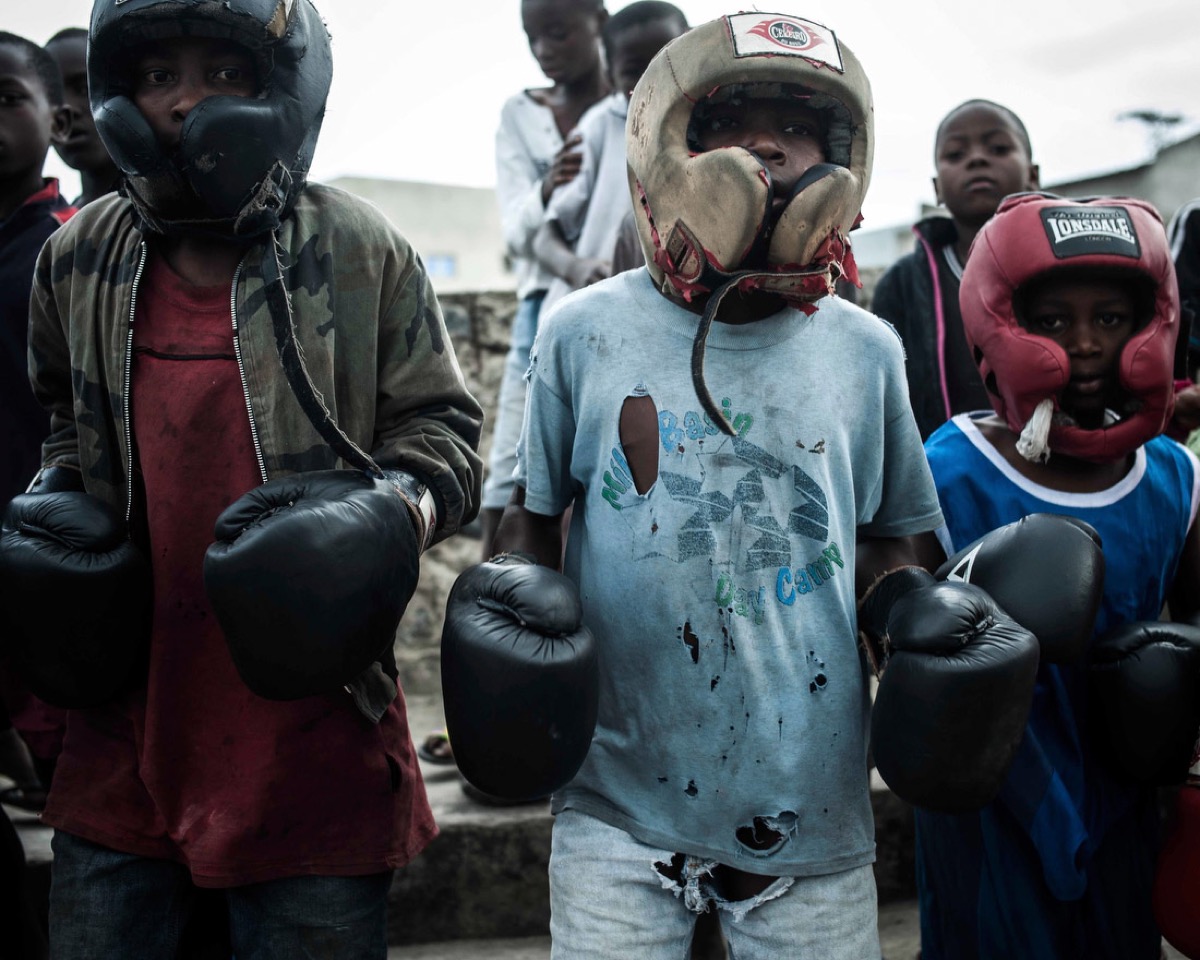 The training sessions at Goma’s “Friendship Club” give the children confidence. They are often orphans, Dupuy said. 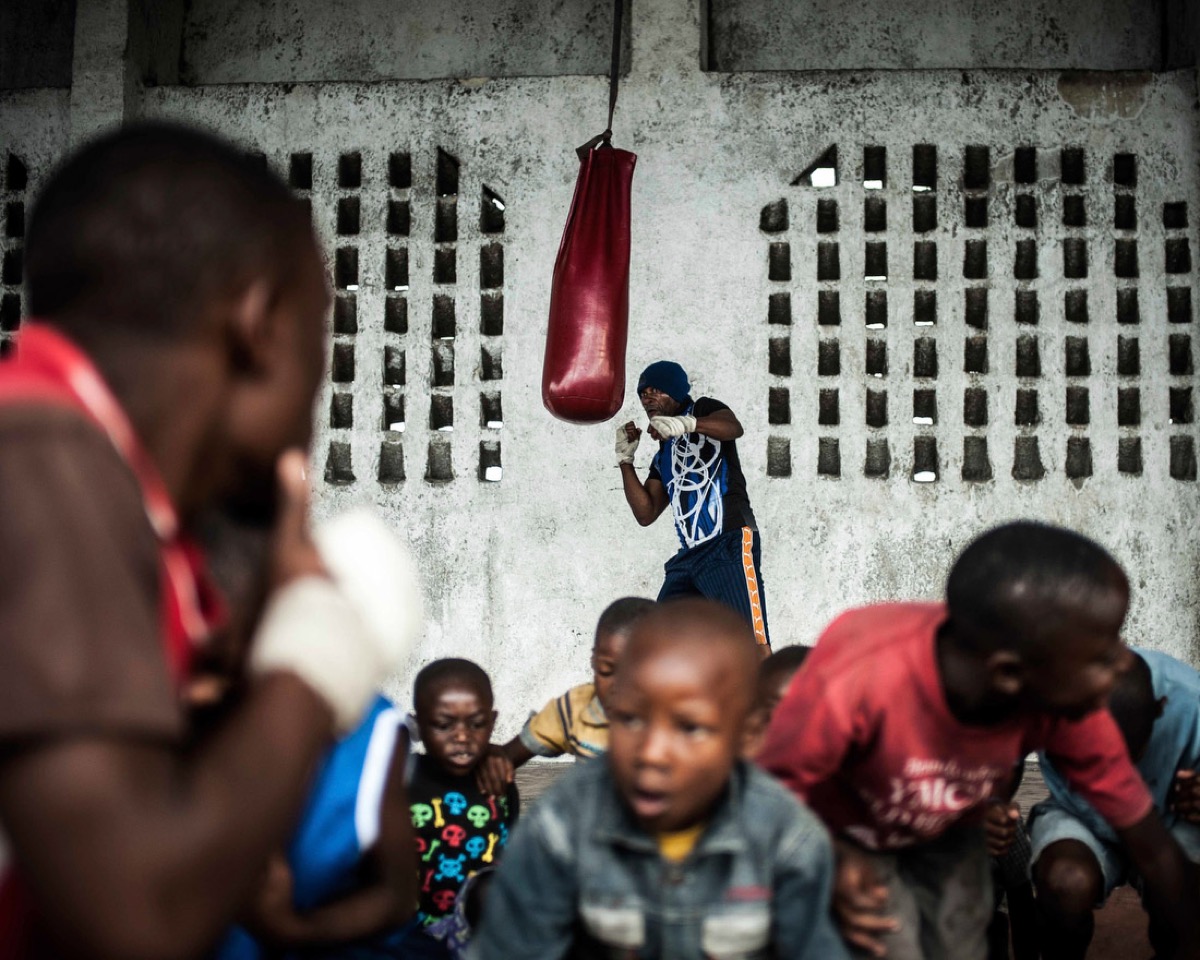 Children listen to the instructions of various coaches. An experienced boxer in the back trains on his own. 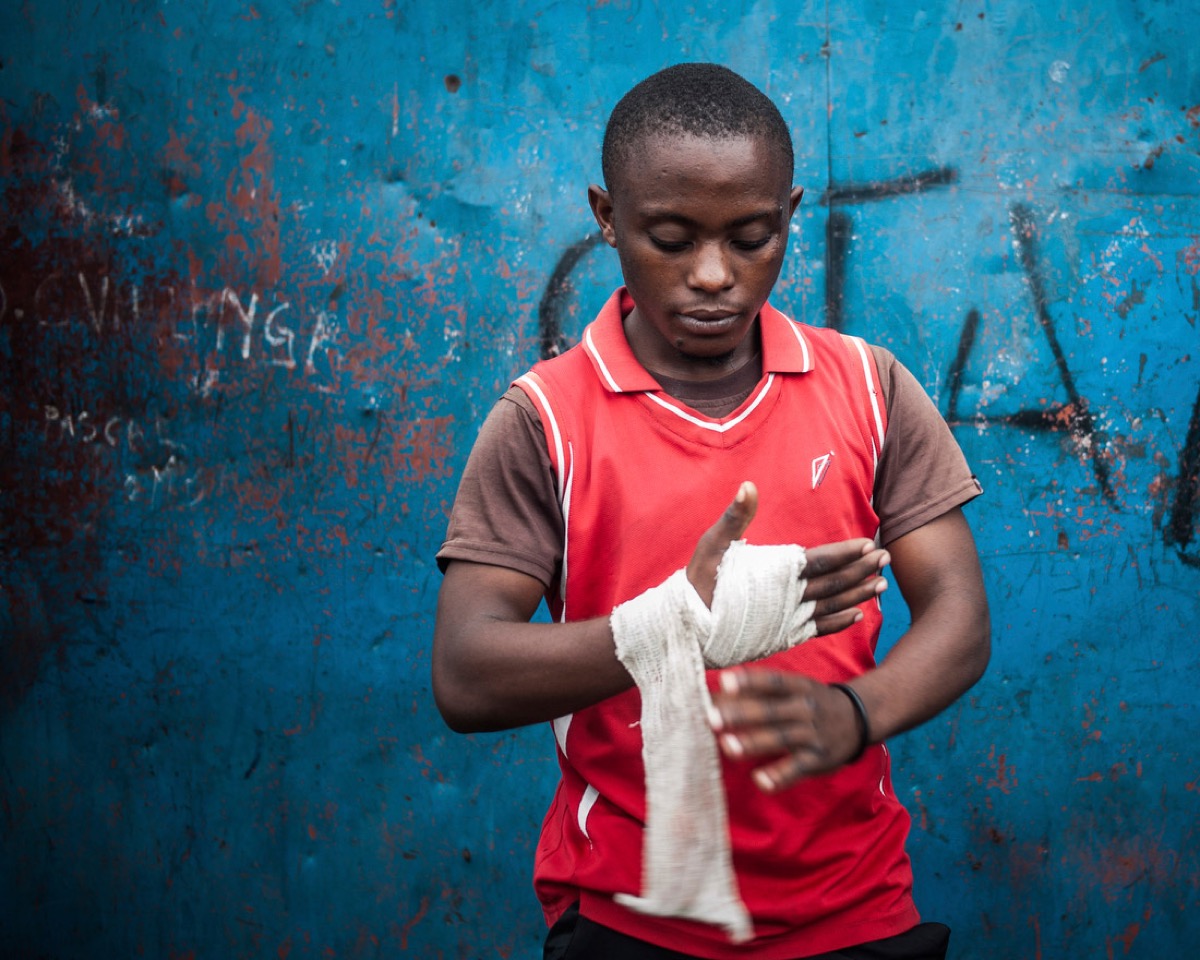 Eritier Shababyere was 16 when he was kidnapped on a road. He spent three months as a child soldier for a rebel group. “I saw kids being killed because they asked for more food,” he told Dupuy. When Shababyere managed to escape, he went to Goma and met Kibomango, who taught him to box and helped him find work. 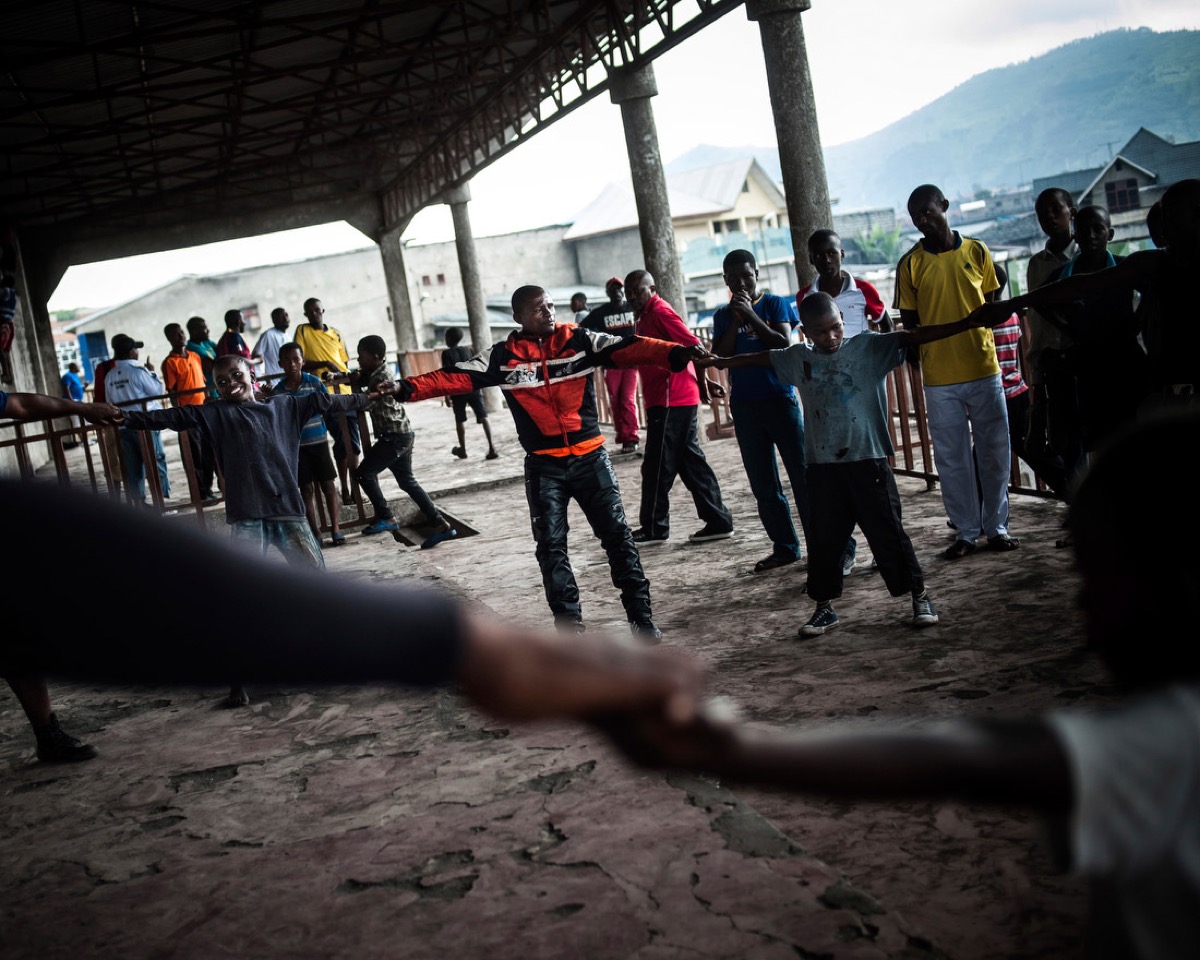 Kibomango locks hands with students. “He begins to yell, ‘I am strong,’ and with one voice the (children) respond, ‘I am strong,’ ” Dupuy said. They also repeat “I am proud” and other affirmations. 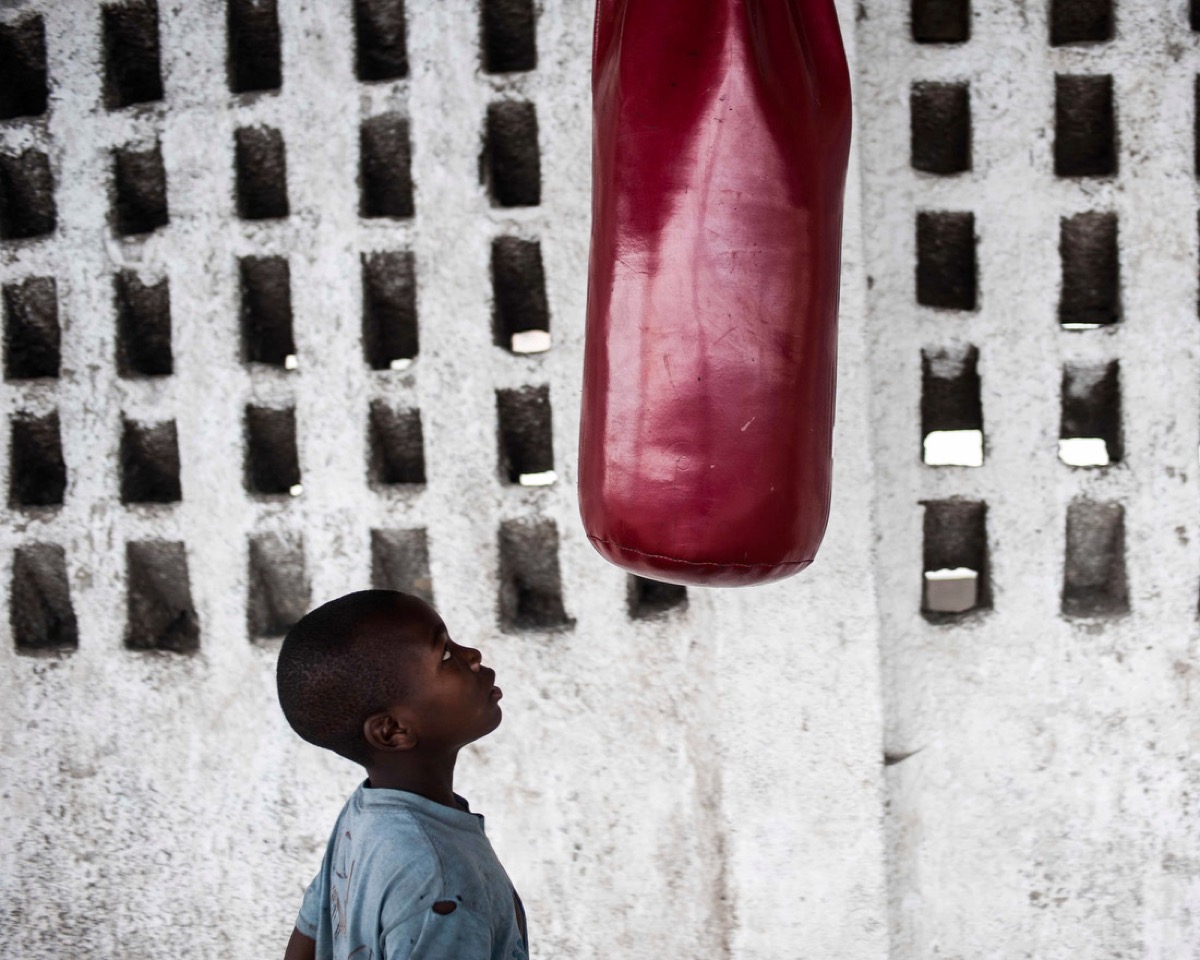 A child looks up at a punching bag that’s too high for him. Dupuy said that on his first trip to the province of North Kivu, he was arrested by child soldiers who were “armed with rifles bigger than themselves.” He wanted to learn more about the issue. 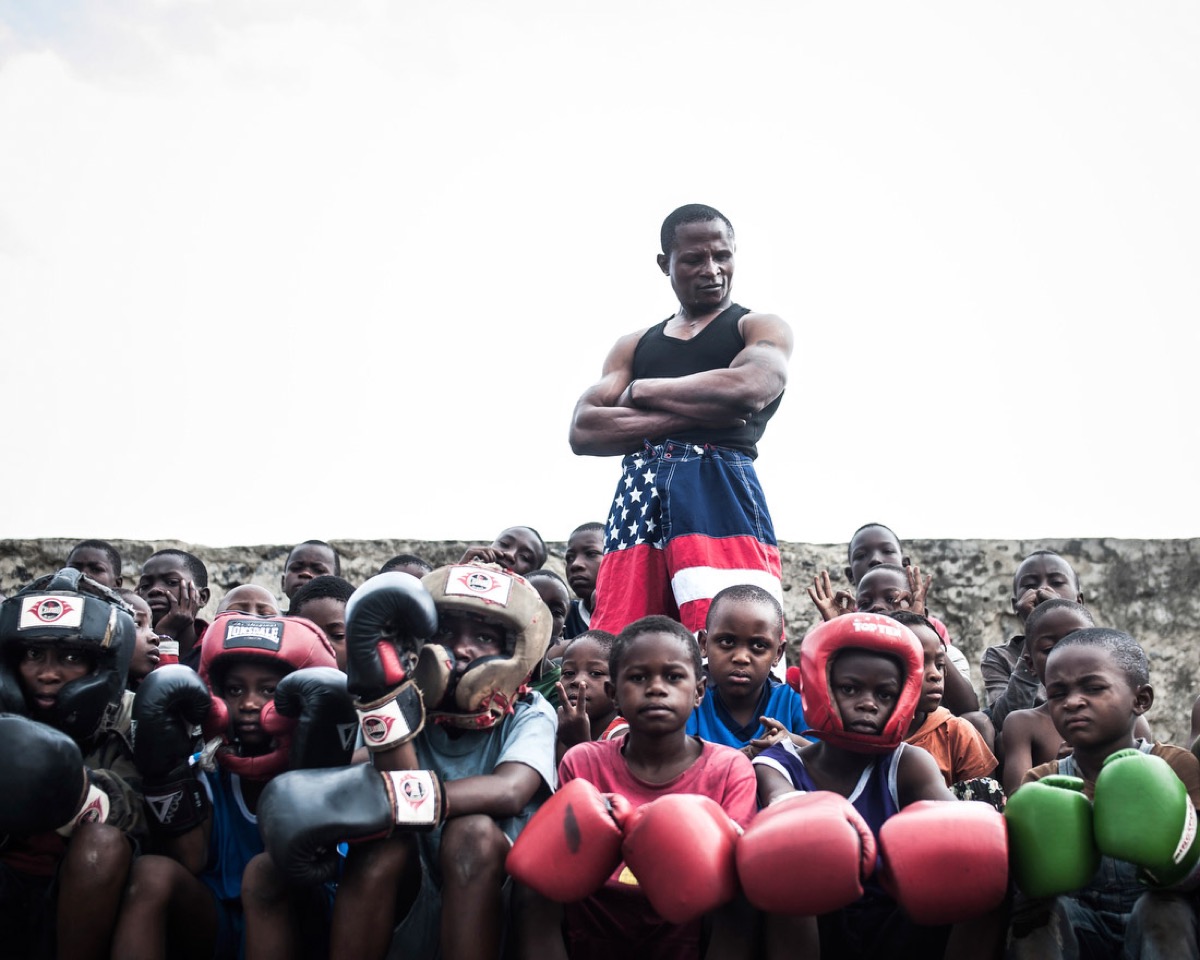 Kibomango stands among some of his students. “There are more abandoned children in this country than anywhere in the world,” he told Dupuy. 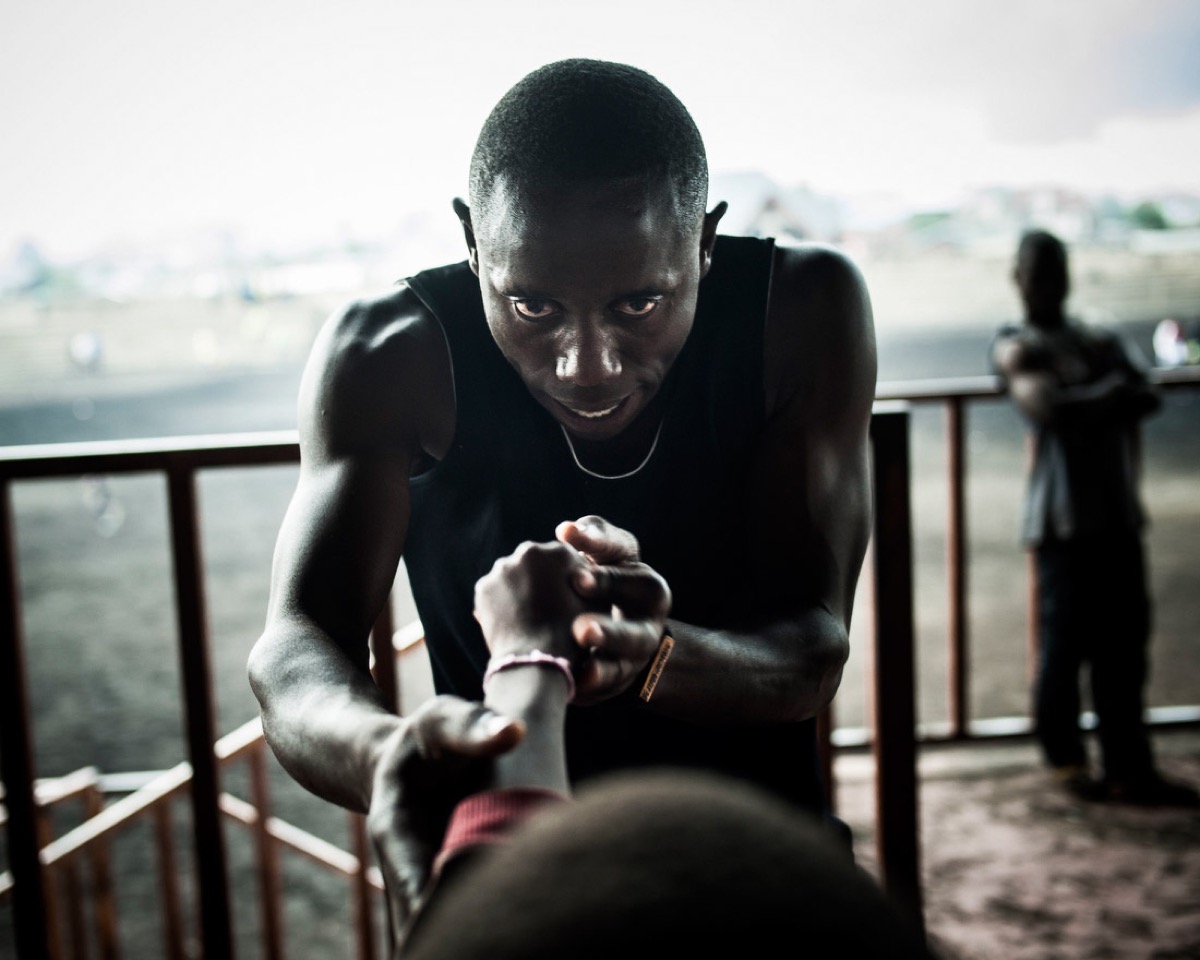 All the teachers at the club are former child soldiers. “When I ask Quedrique if it were a criteria, he answers in a surprised tone, ‘But we are all child soldiers.’ As if it weren’t possible to be anything else,” Dupuy said. 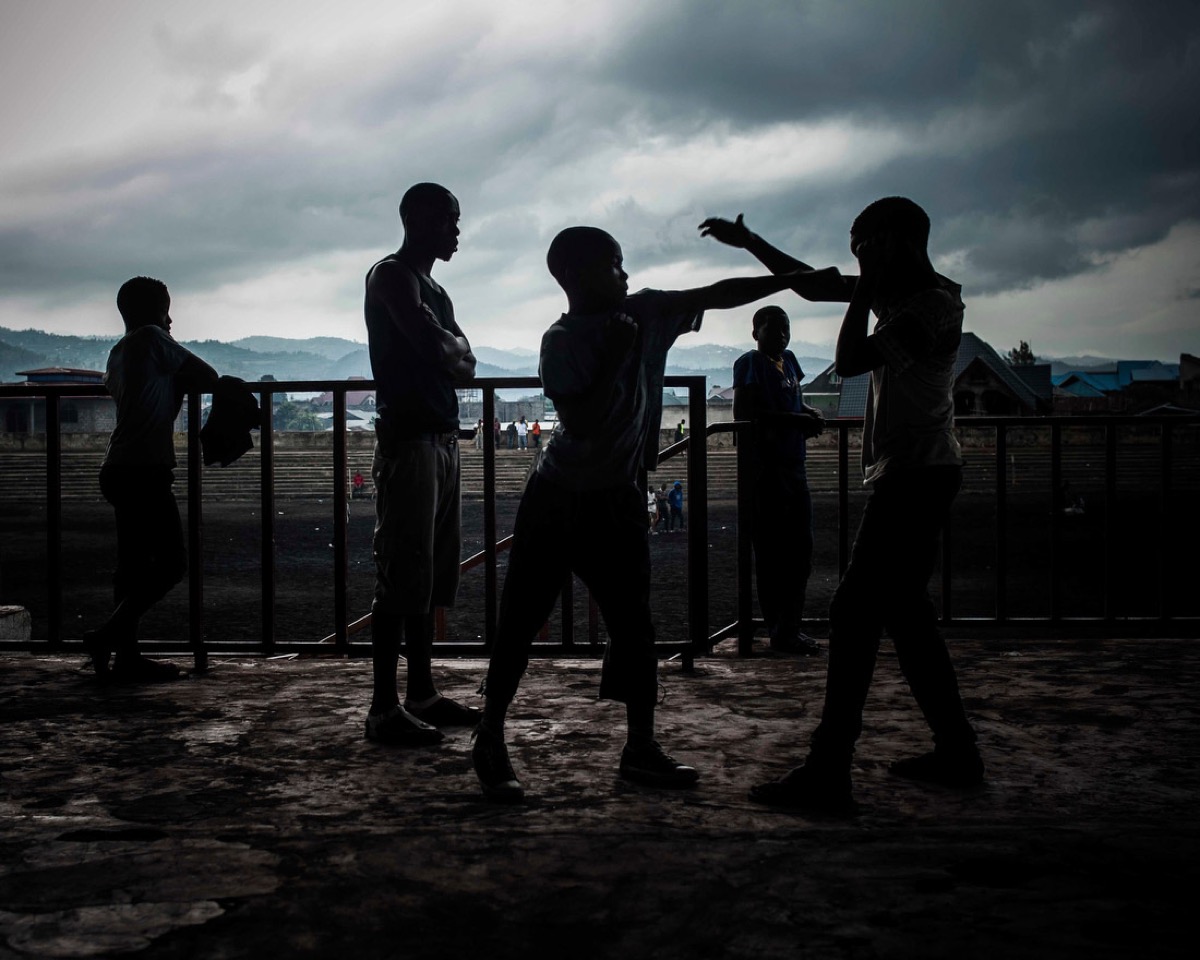 Children practice their skills together. 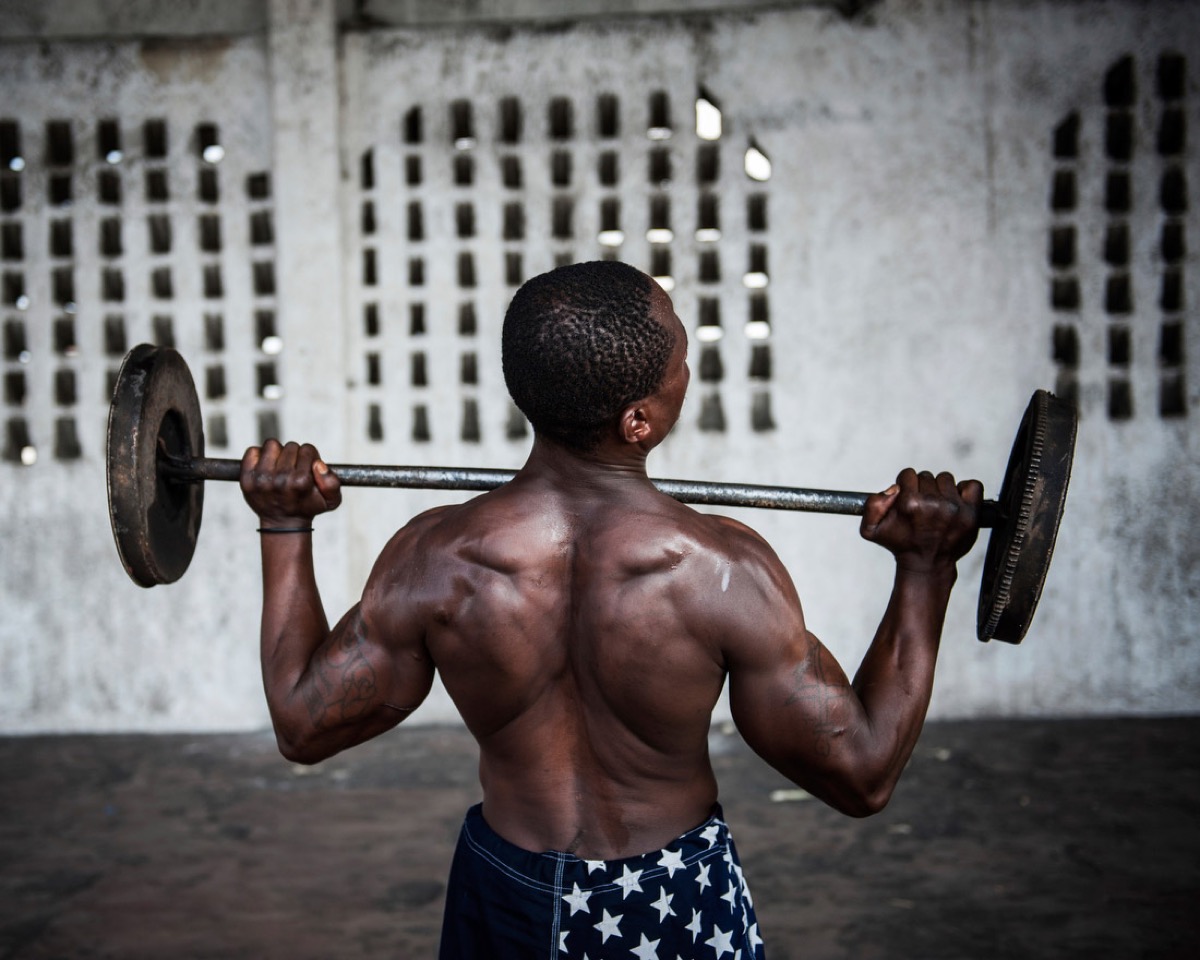 Kibomango lifts weights at the end of a lesson. 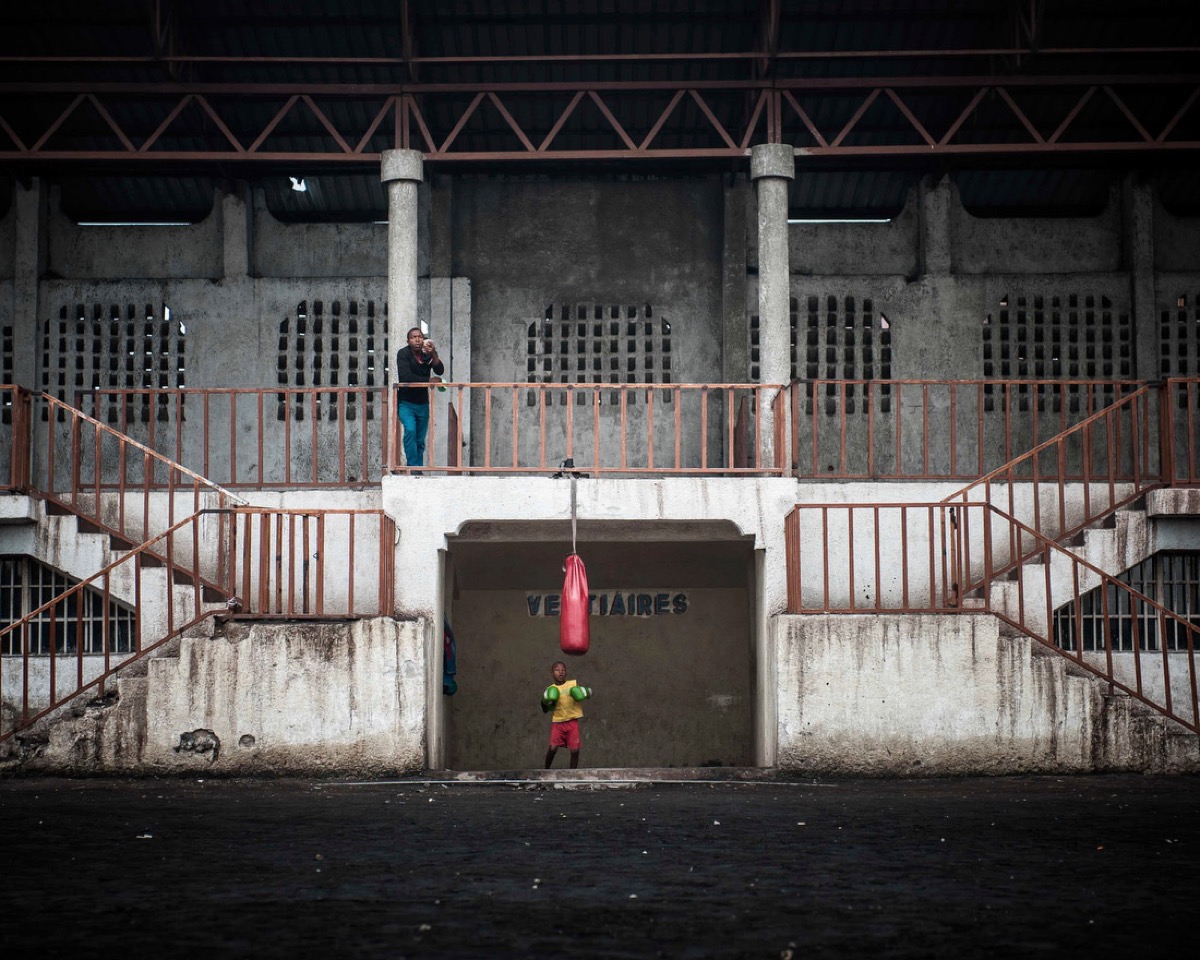 Training sessions are held at 6 a.m. at a stadium on the edge of a slum. They are open to everyone. Those who show up late have to do five laps around the stadium field. There are also people who just show up to watch. “People who don’t train but watch make the most of my advice, too,” Kibomango said. “They listen, and maybe tomorrow you’ll find them sweating along with us.”