The solar eclipse,
in pictures

Many Americans took time out of their busy Mondays to watch a total solar eclipse — the first to cross the country since 1918.

From coast to coast, people donned special safety glasses to take in the rare occurrence. Some attended viewing parties along the eclipse’s path of totality. Others just stepped out of their office or home to catch a glimpse.

Check out some of the best photos from the eclipse, which took a couple of hours to make its way from the West Coast to the East. 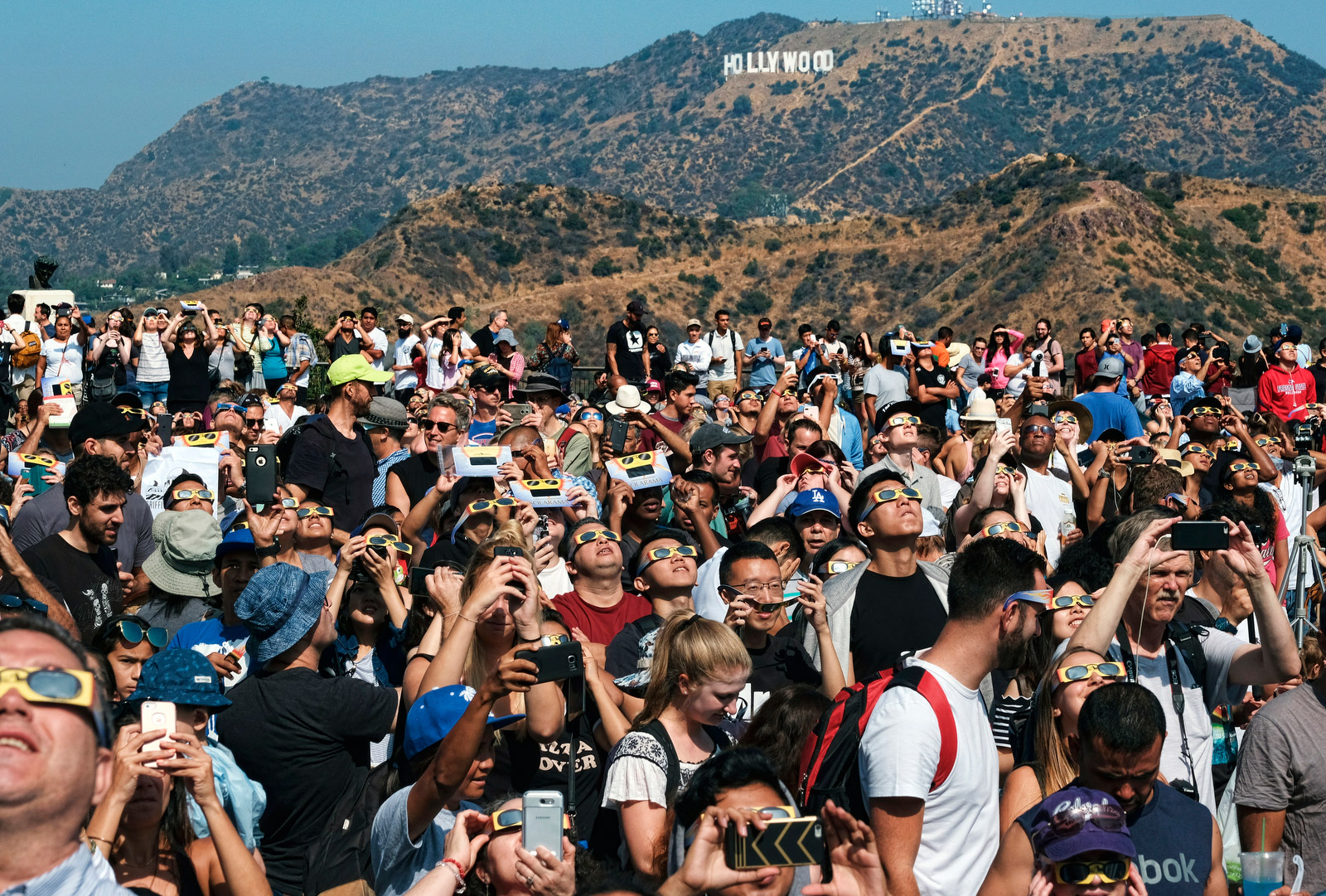 A crowd gathers in front of the iconic Hollywood sign to watch the eclipse at the Griffith Observatory in Los Angeles. Richard Vogel/AP 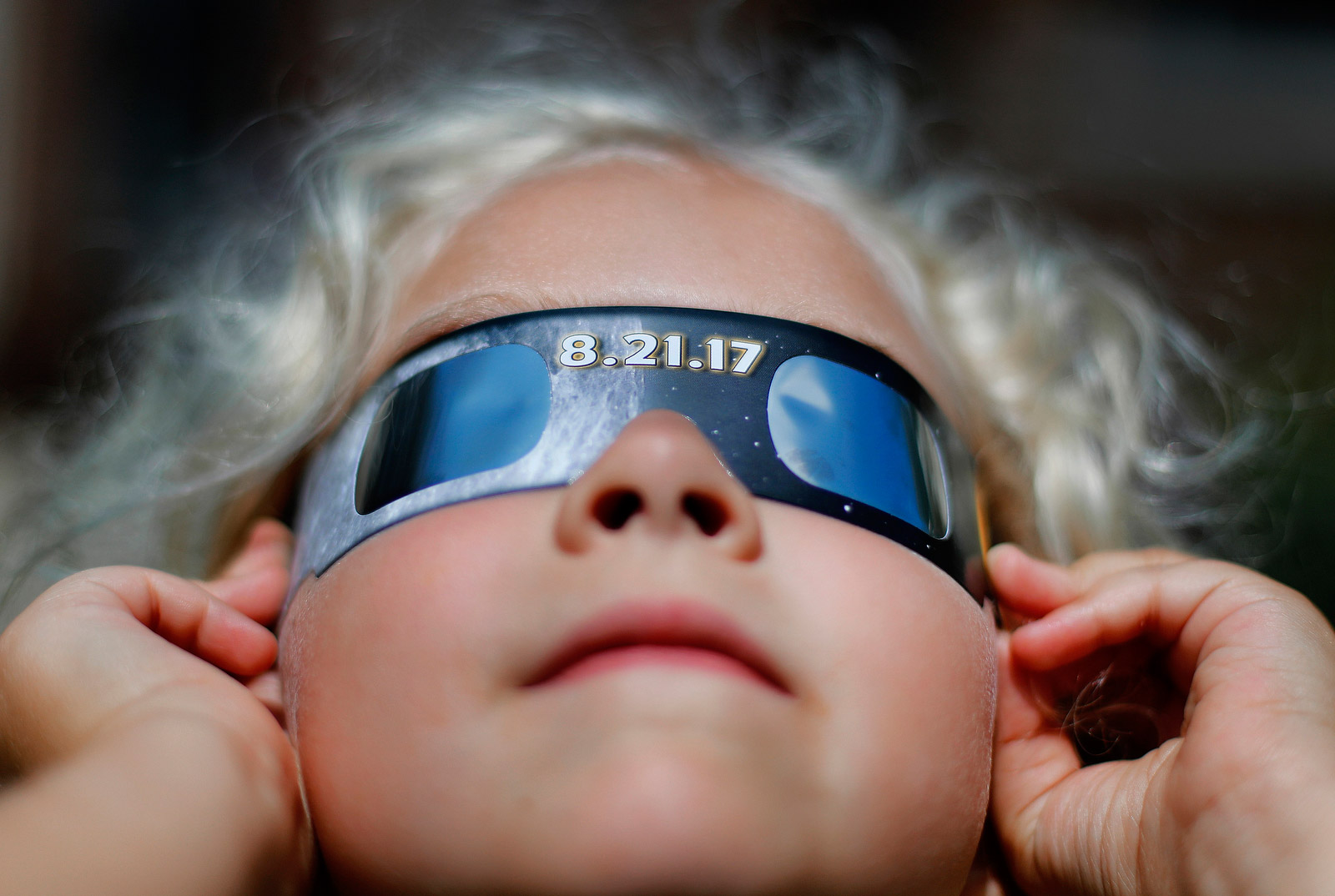 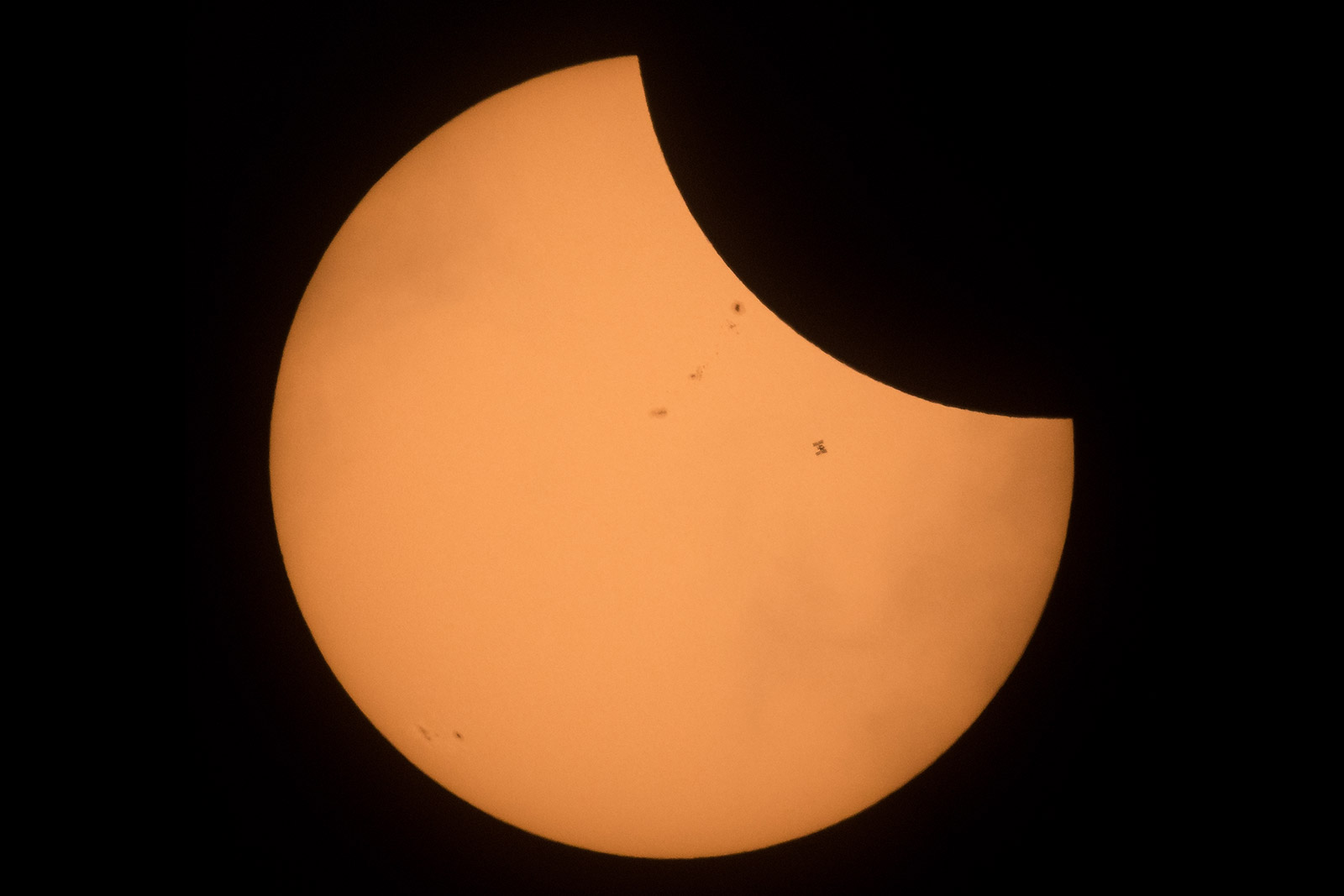 The International Space Station passes in front of the sun in this photo taken near Banner, Wyoming. Joel Kowsky/NASA 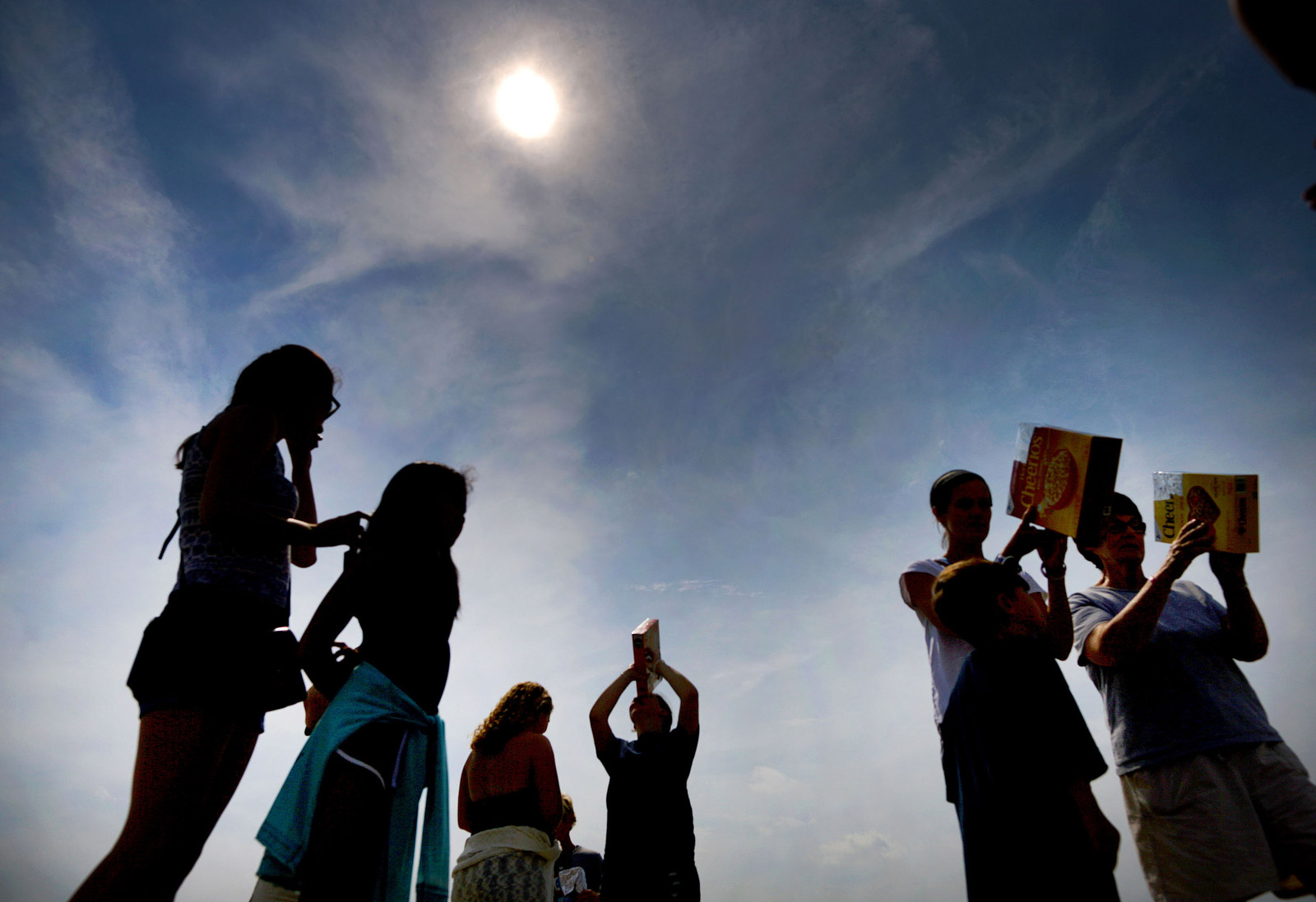 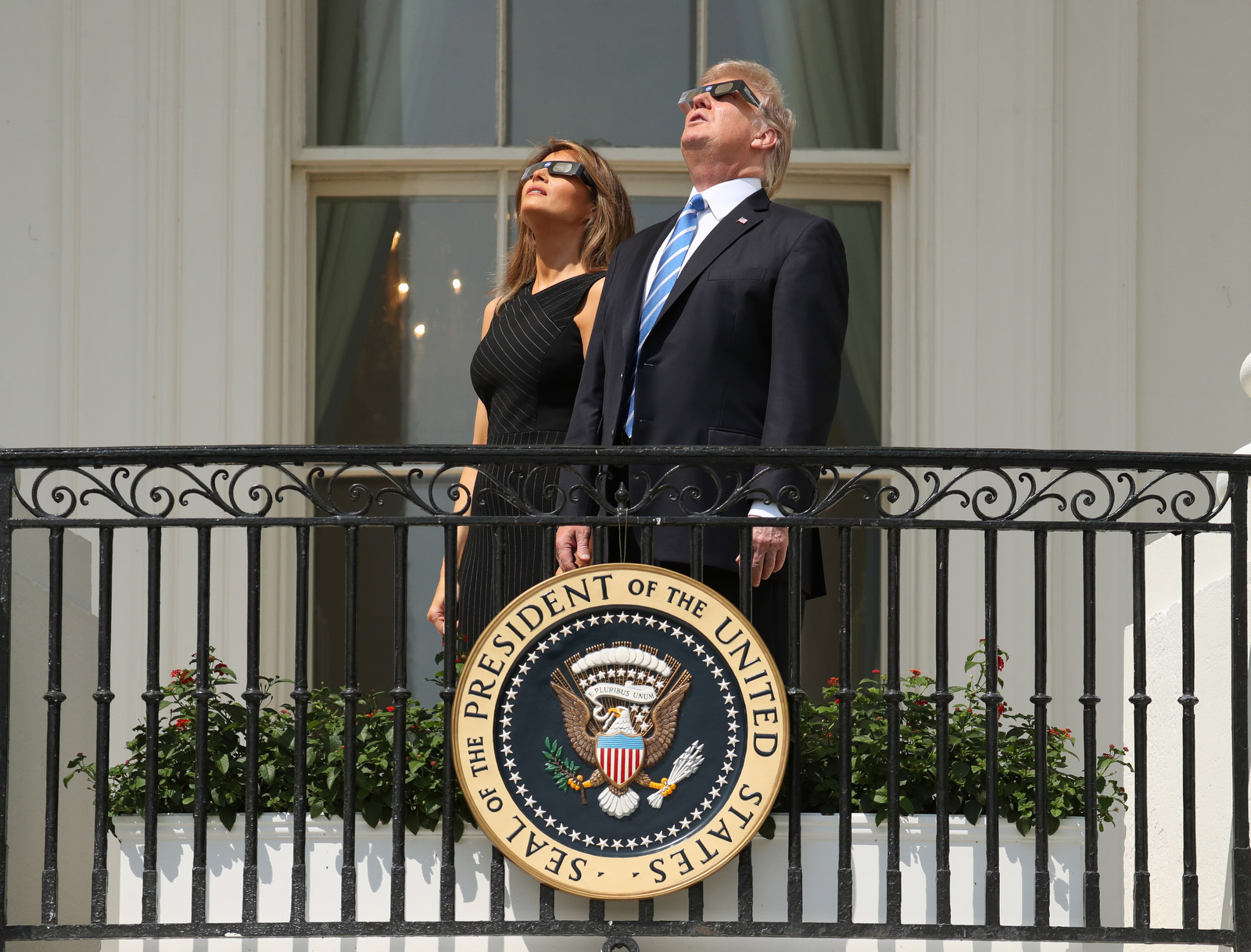 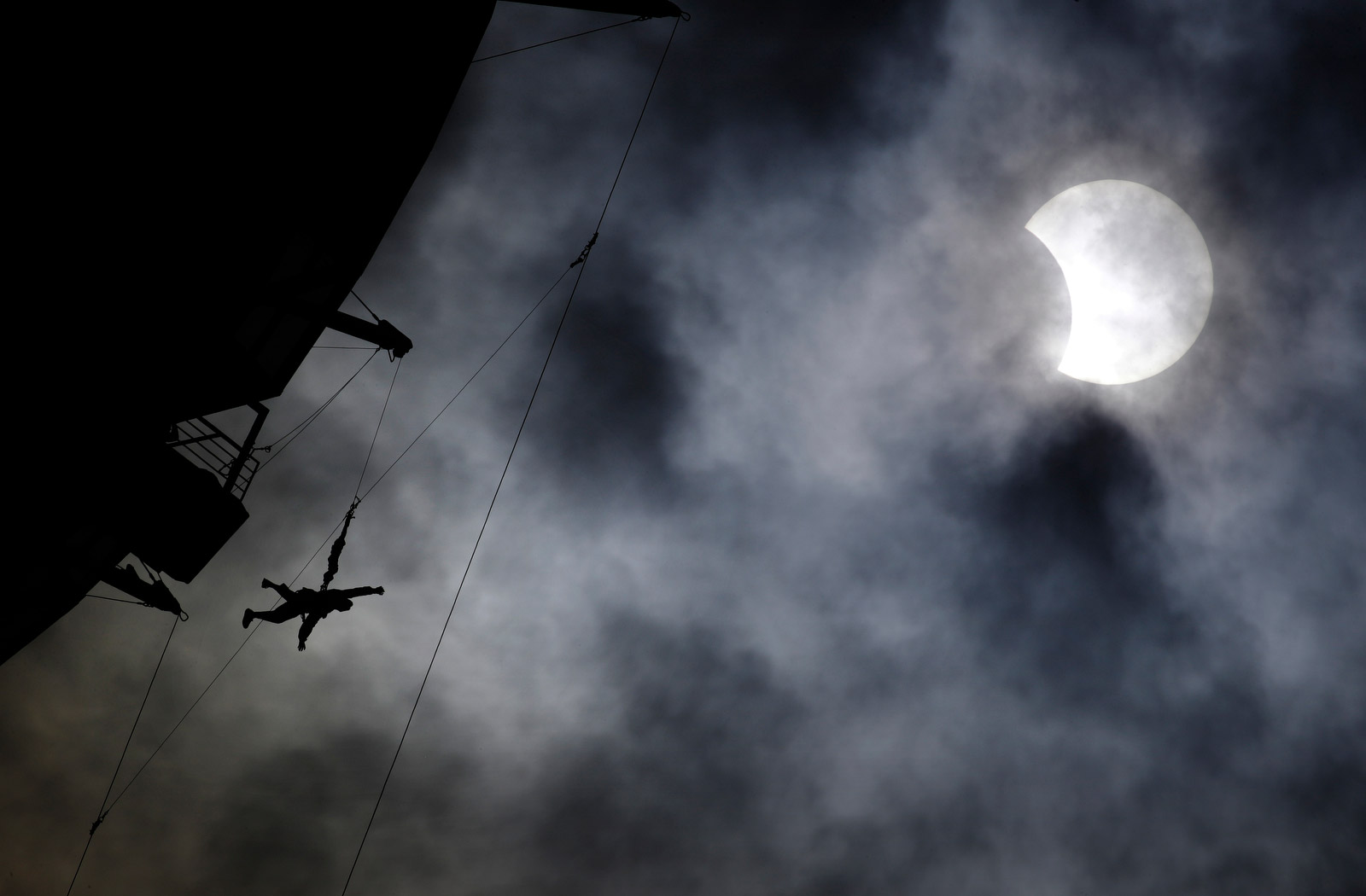 A person bungee-jumps off the Stratosphere hotel and casino in Las Vegas. John Locher/AP 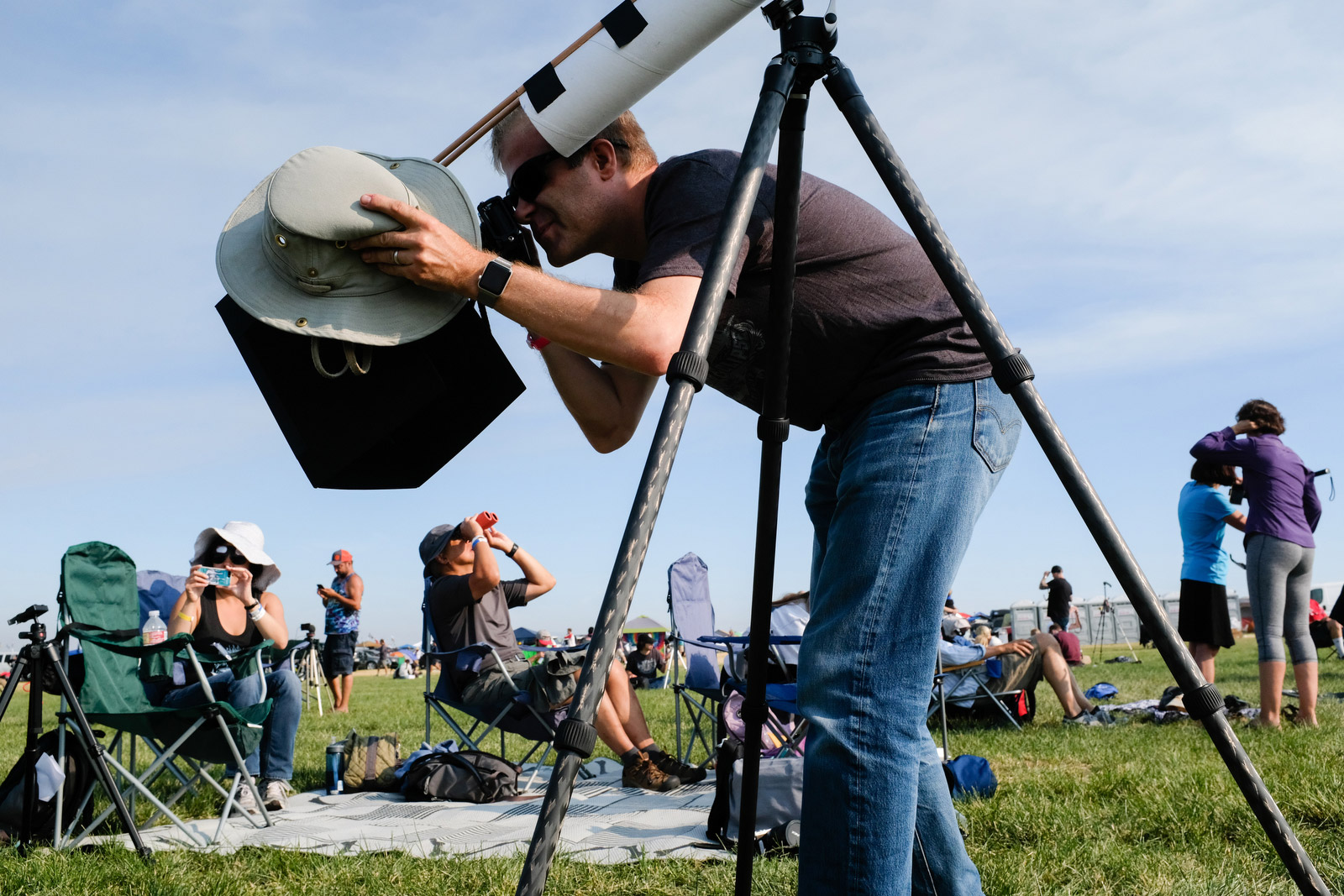 Scott Atwood observes the first stages of the eclipse through a homemade pinhole viewer in Madras, Oregon. Rob Kerr/AFP/Getty Images 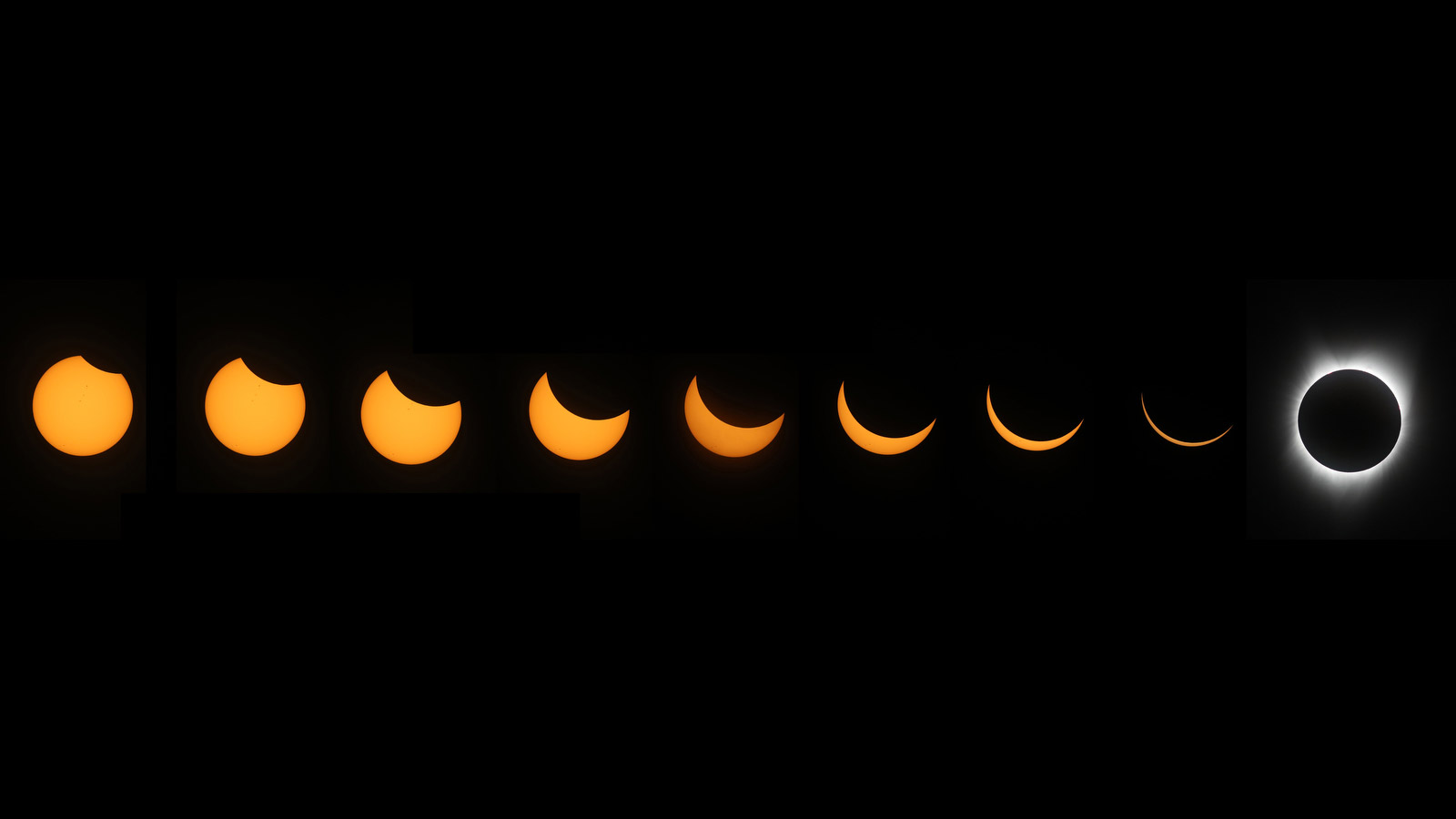 Multiple exposures were combined to produce this image of the eclipse’s stages, as seen from Casper, Wyoming. Justin Sullivan/Getty Images 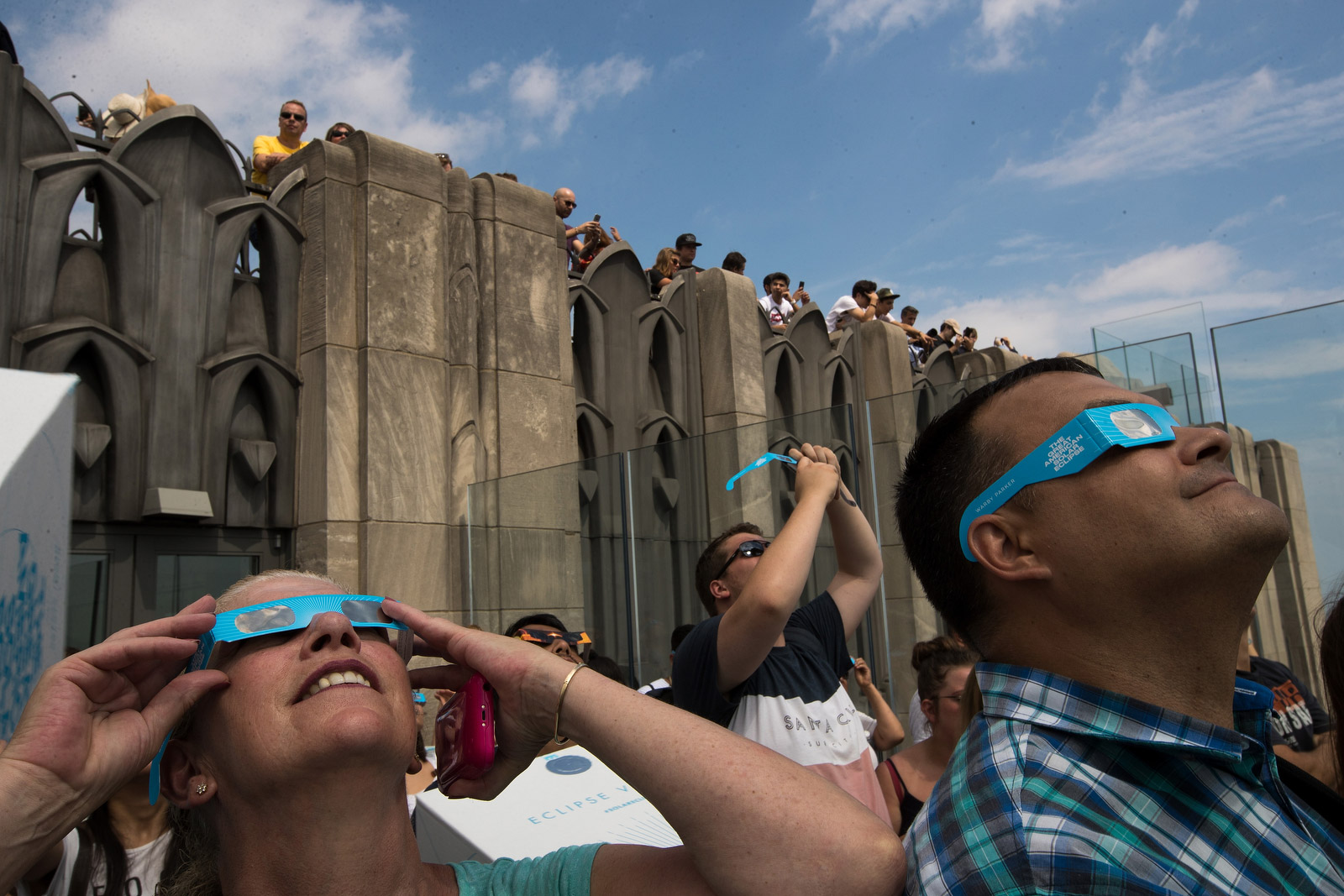 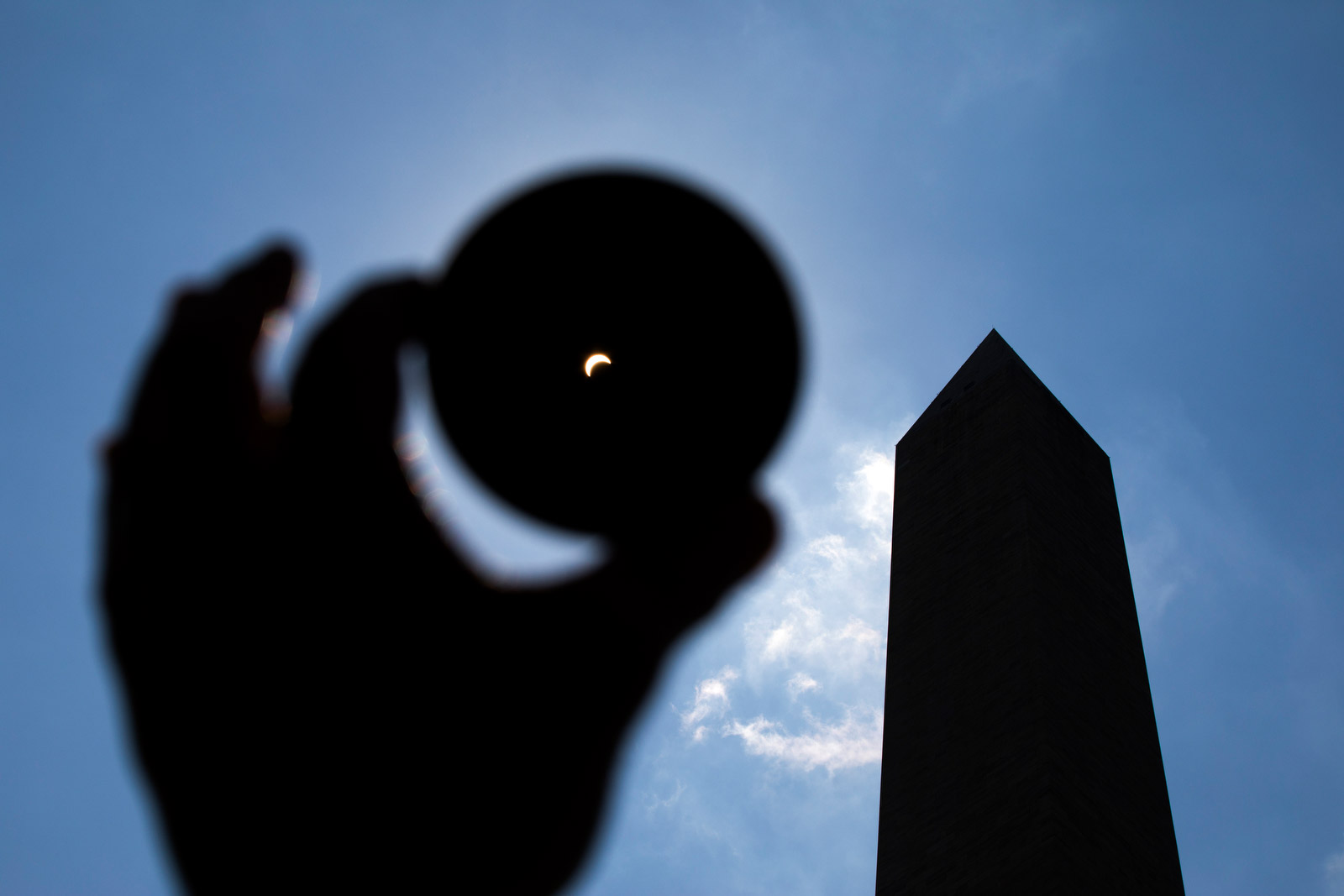 A view of the eclipse through a solar filter near the Washington Monument. Jim Lo Scalzo/EPA 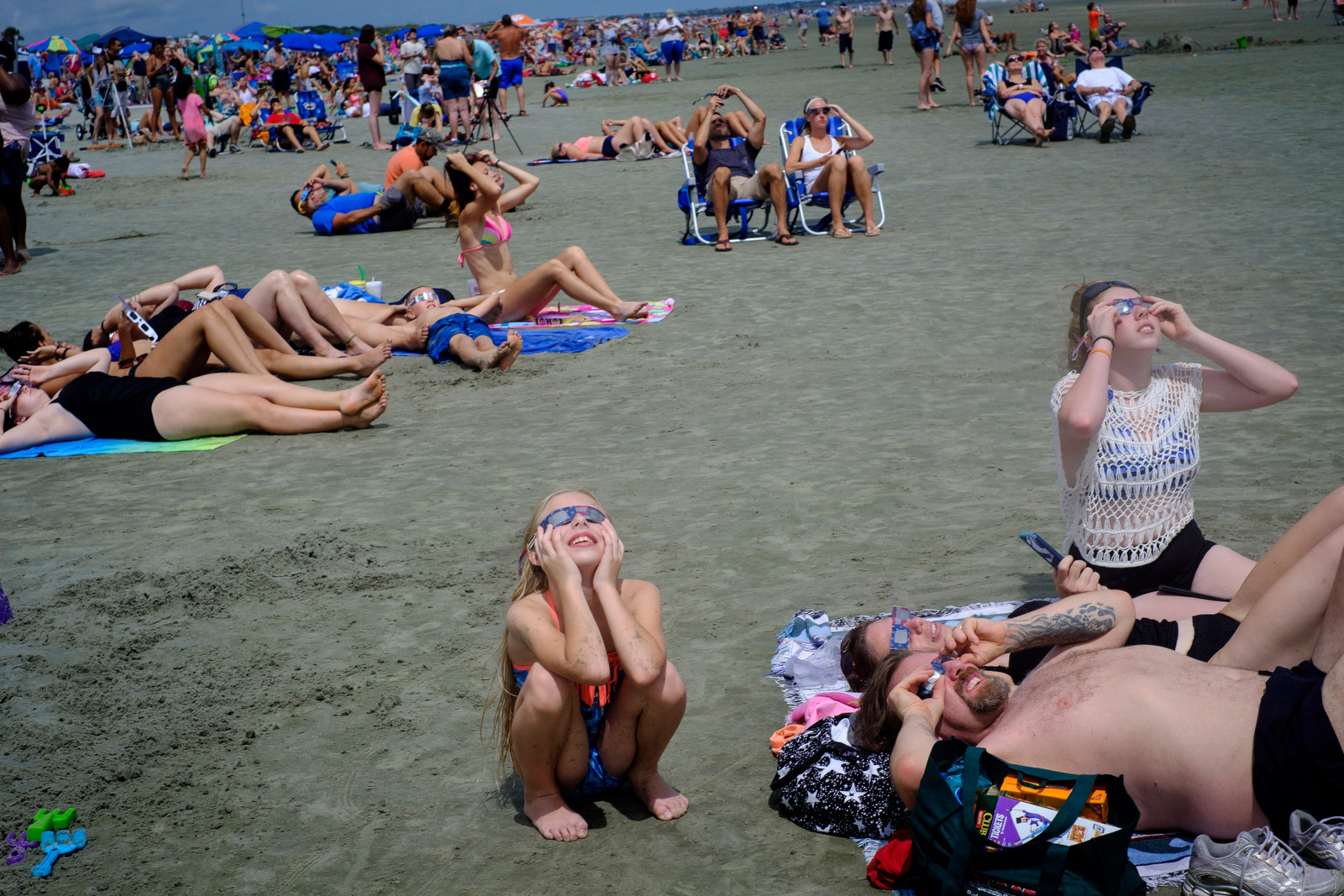 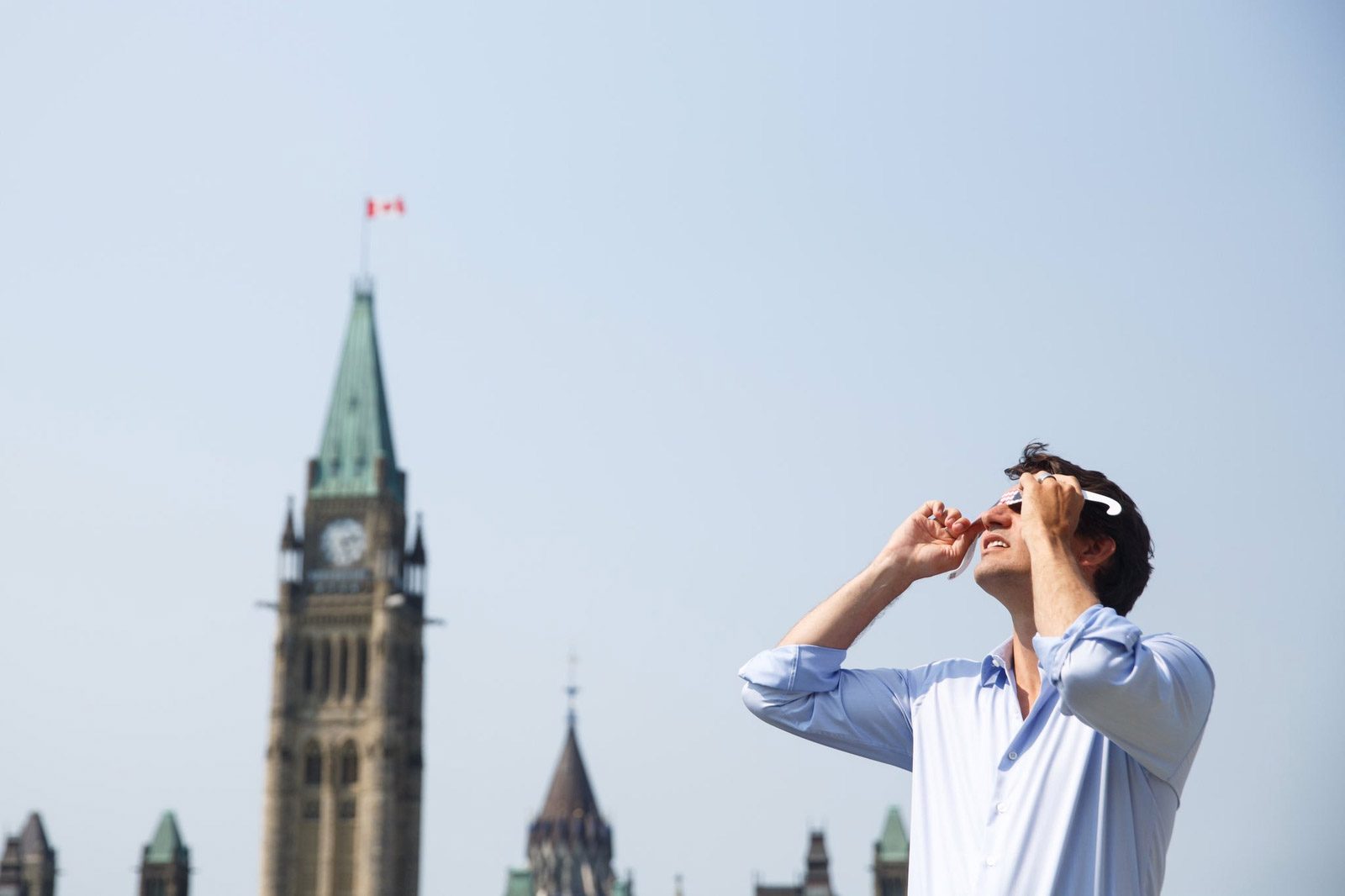 Canadian Prime Minister Justin Trudeau was able to see a partial solar eclipse from Ottawa. “That was amazing,” he tweeted. Justin Trudeau/Twitter 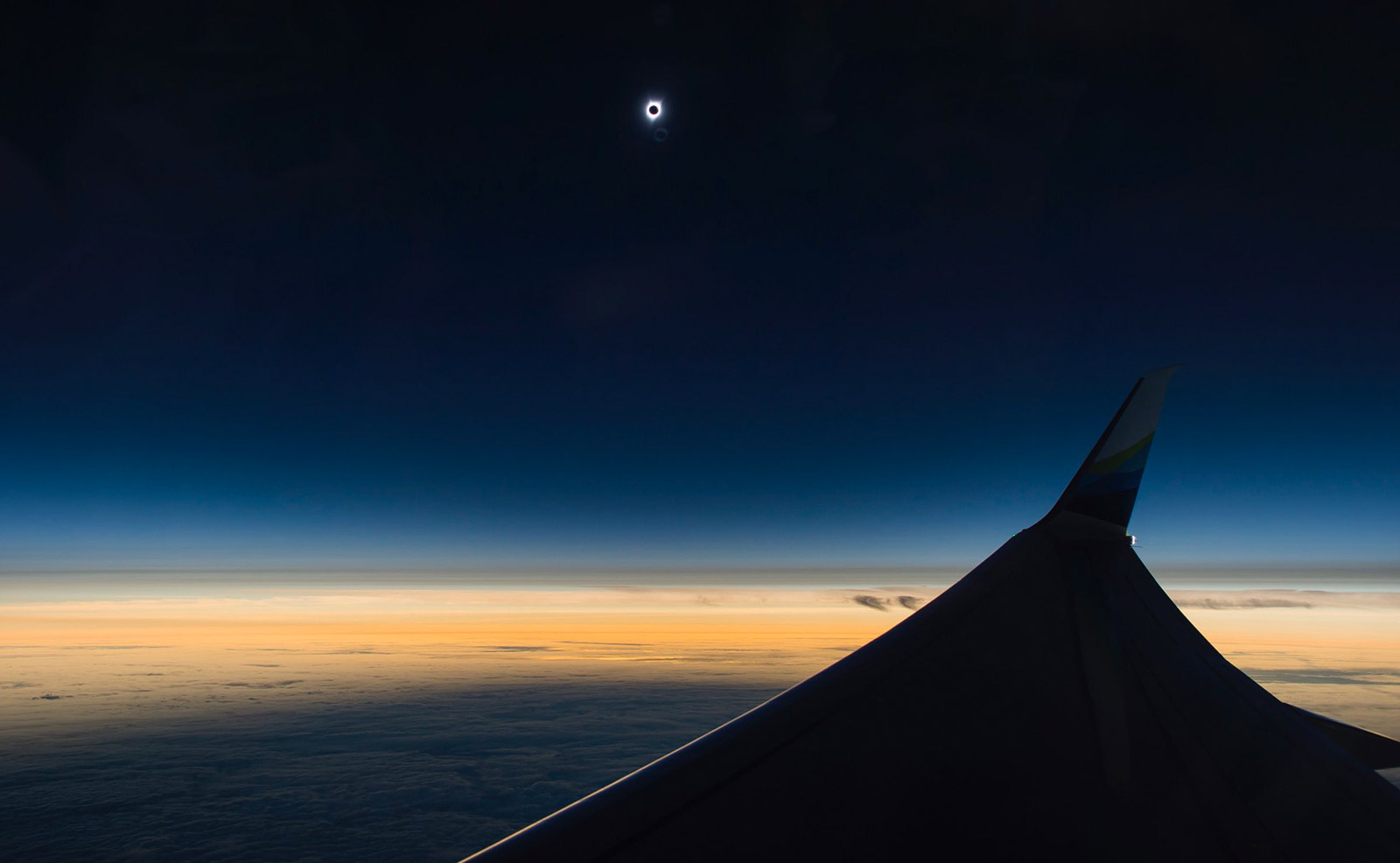 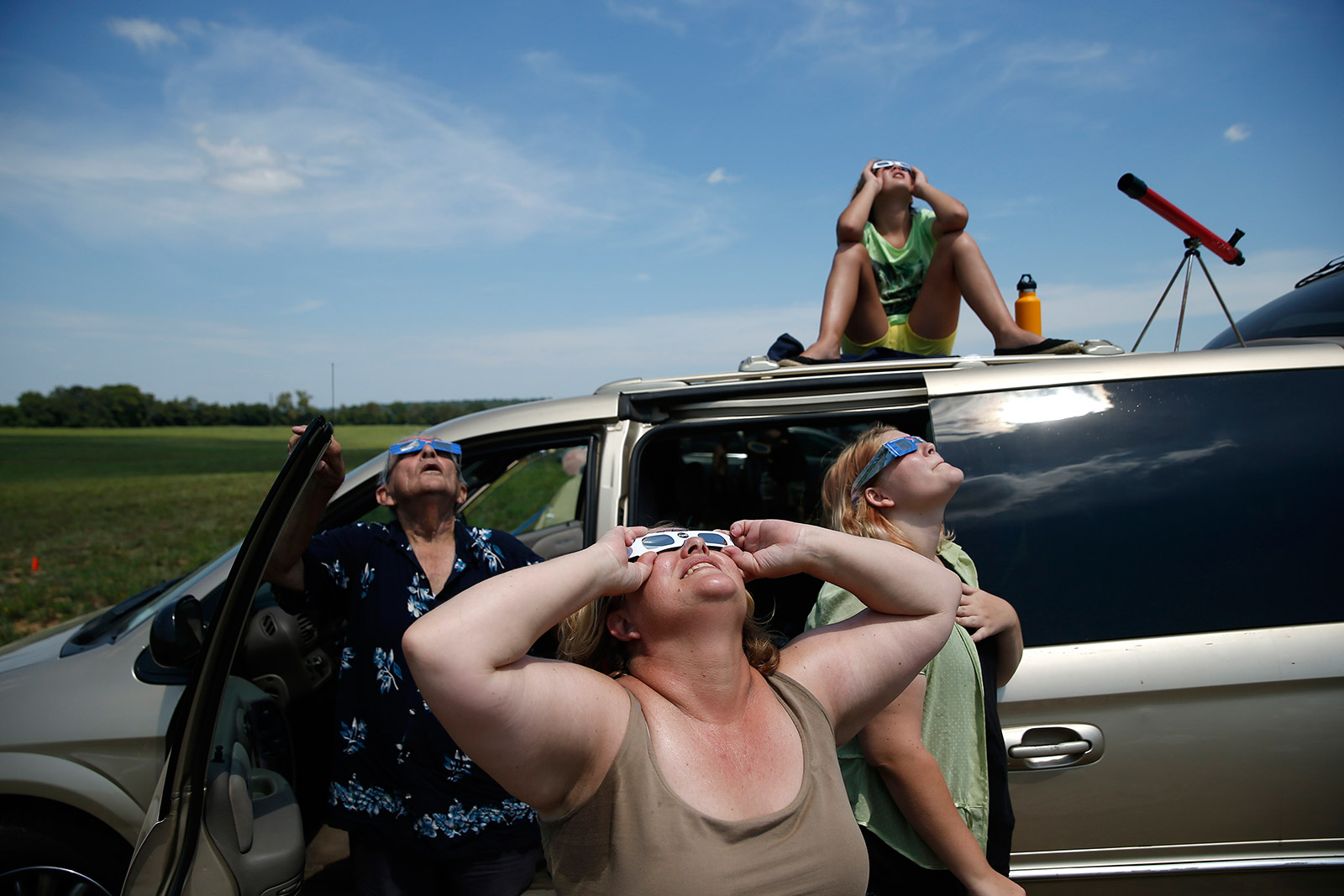 People watch the eclipse outside of a minivan in Hopkinsville, Kentucky. Jessica Rinaldi/The Boston Globe/Getty Images 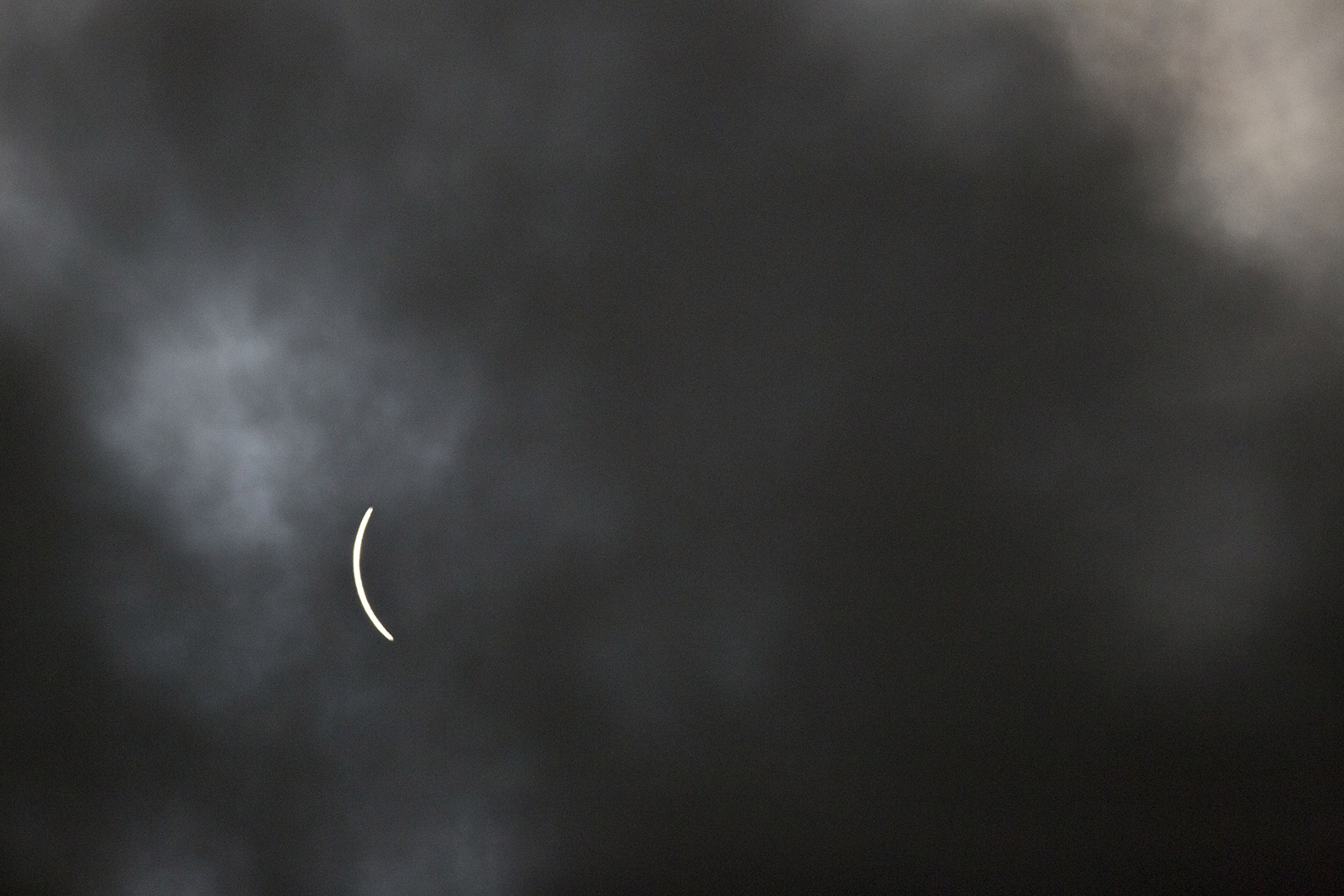 A sliver of the sun remains visible through a passing cloud in Carbondale, Illinois. Carbondale witnessed totality for two minutes and 38 seconds. Daniel Acker/Bloomberg/Getty Images 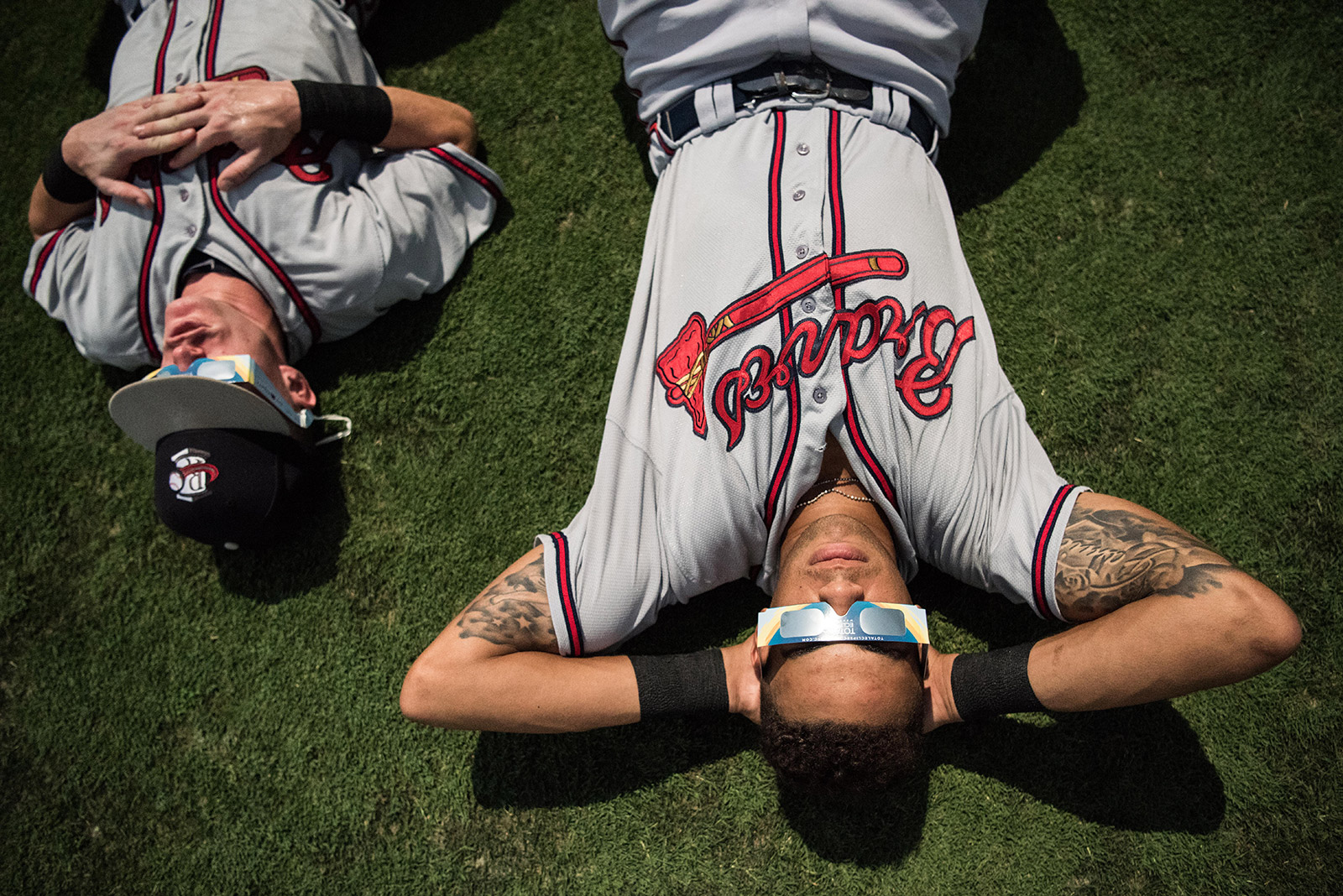 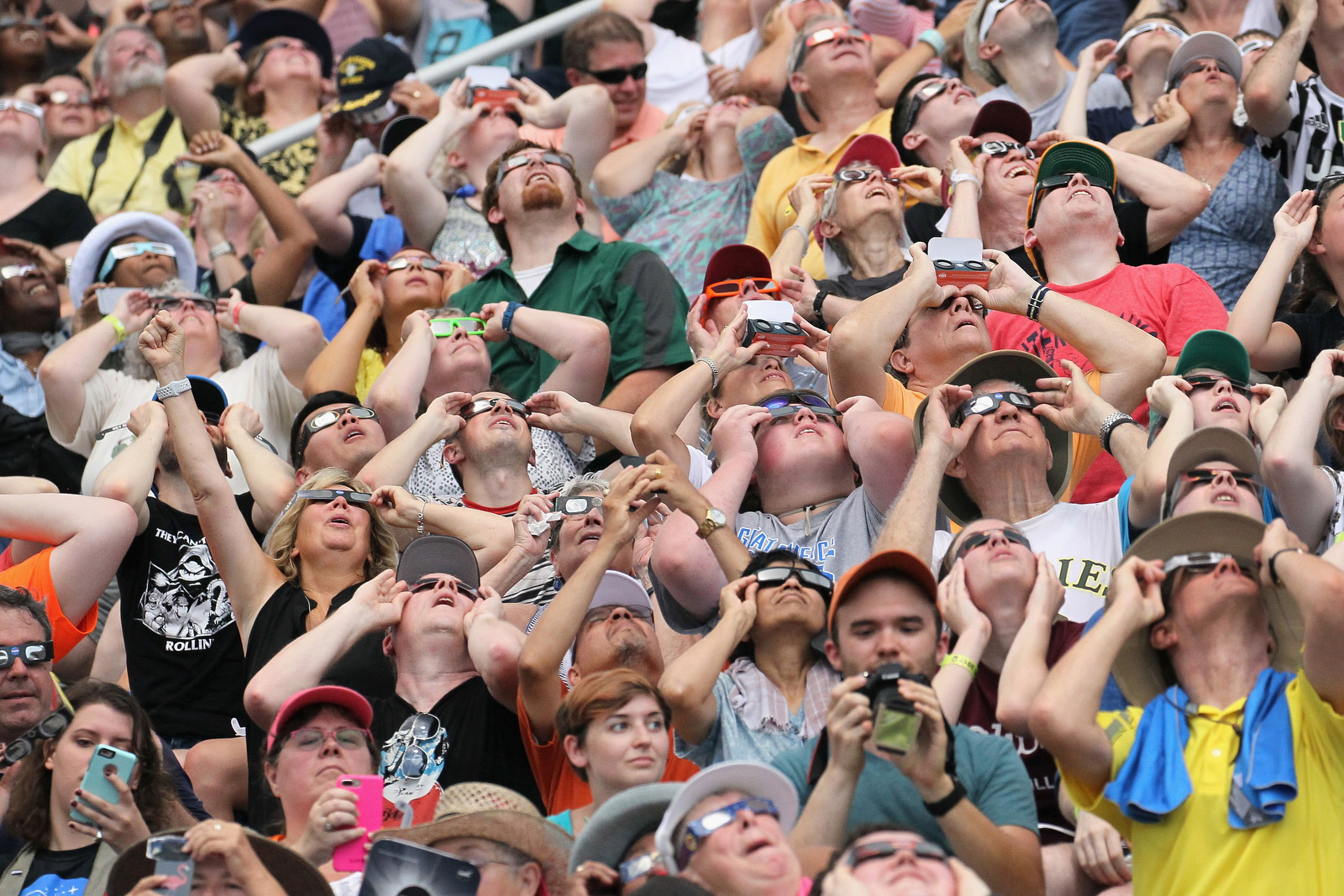 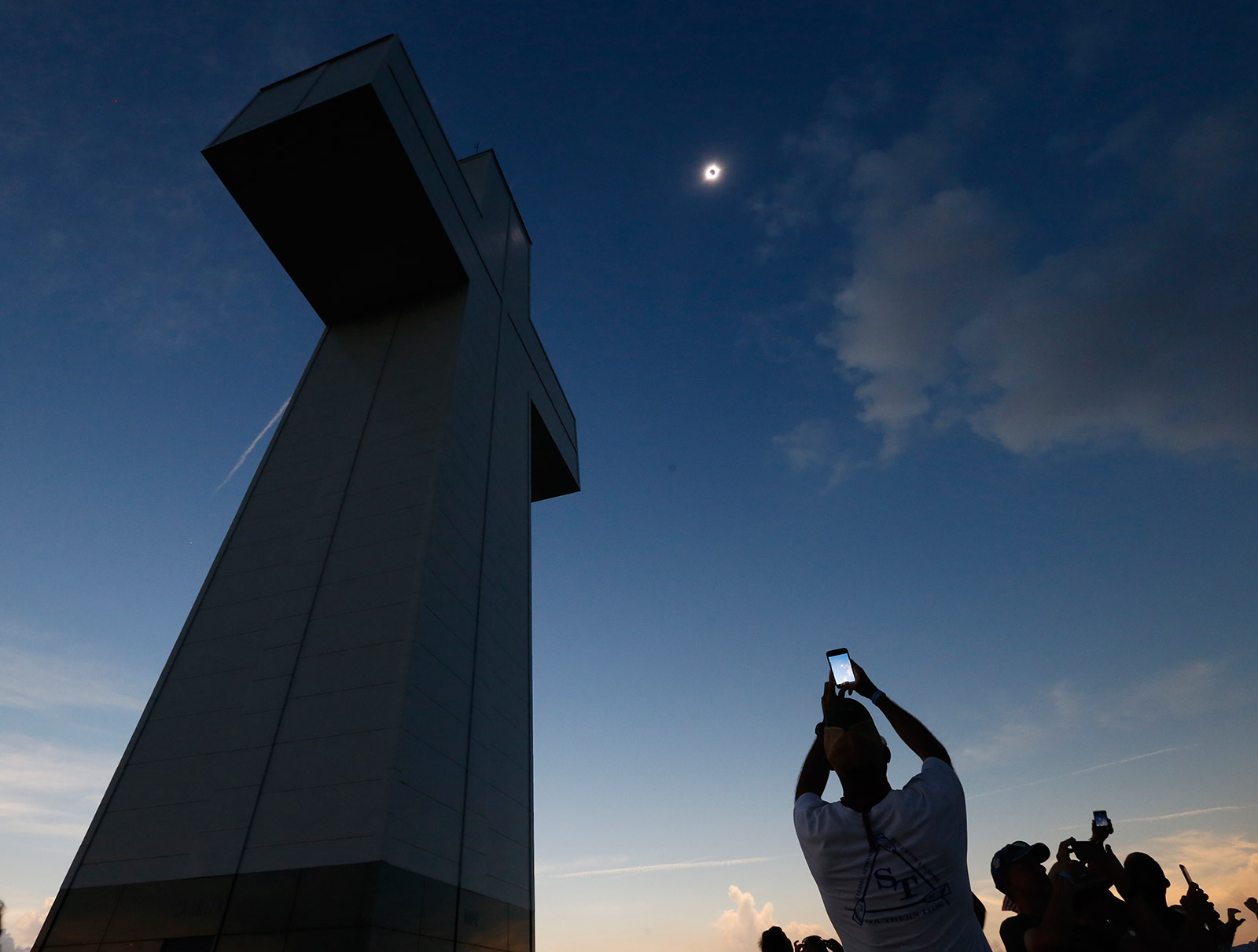 People take photos of the eclipse at the Bald Knob Cross of Peace in Alto Pass, Illinois. Charles Rex Arbogast/AP 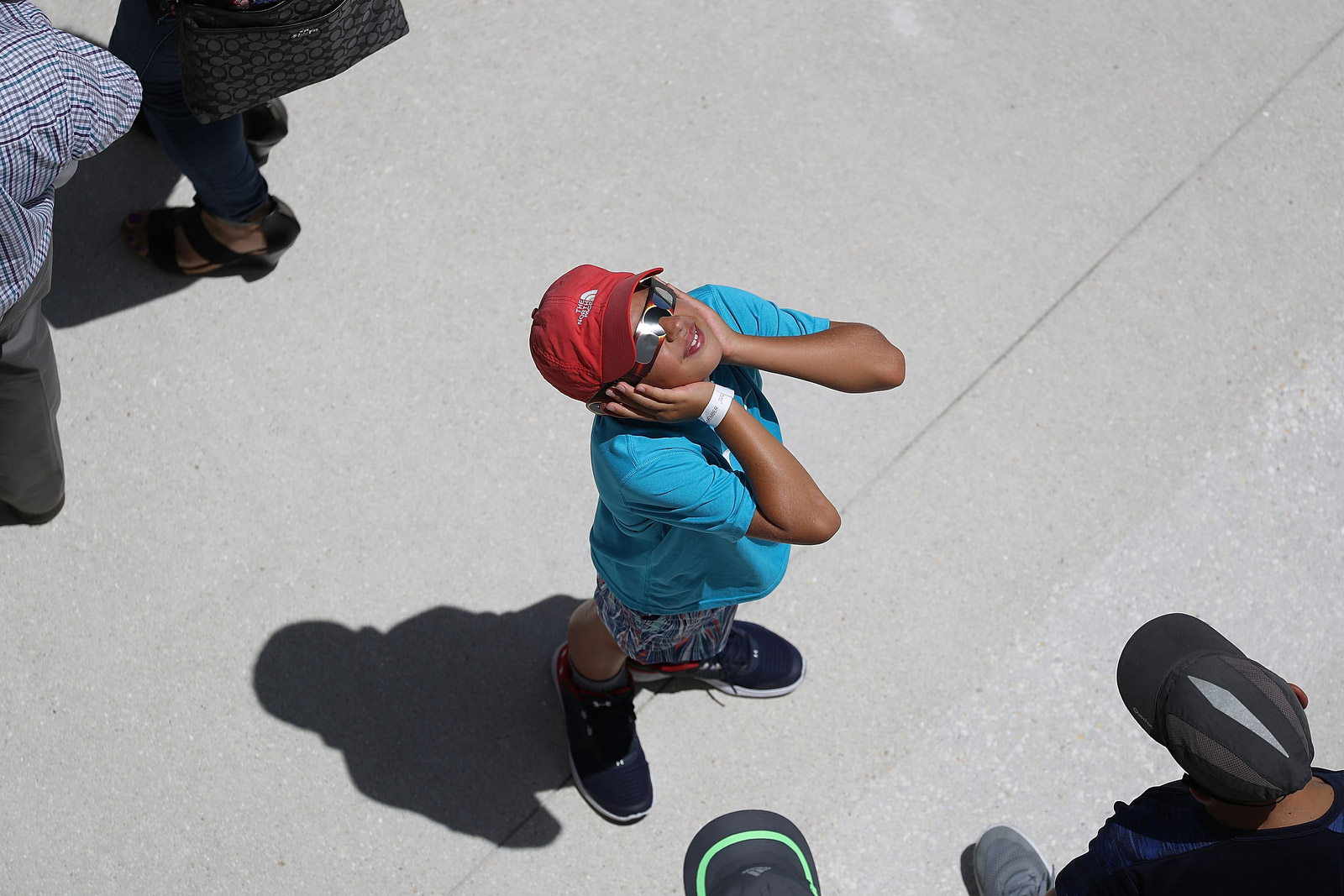 A youngster in Miami watches the eclipse from the Phillip and Patricia Frost Museum of Science. Joe Raedle/Getty Images 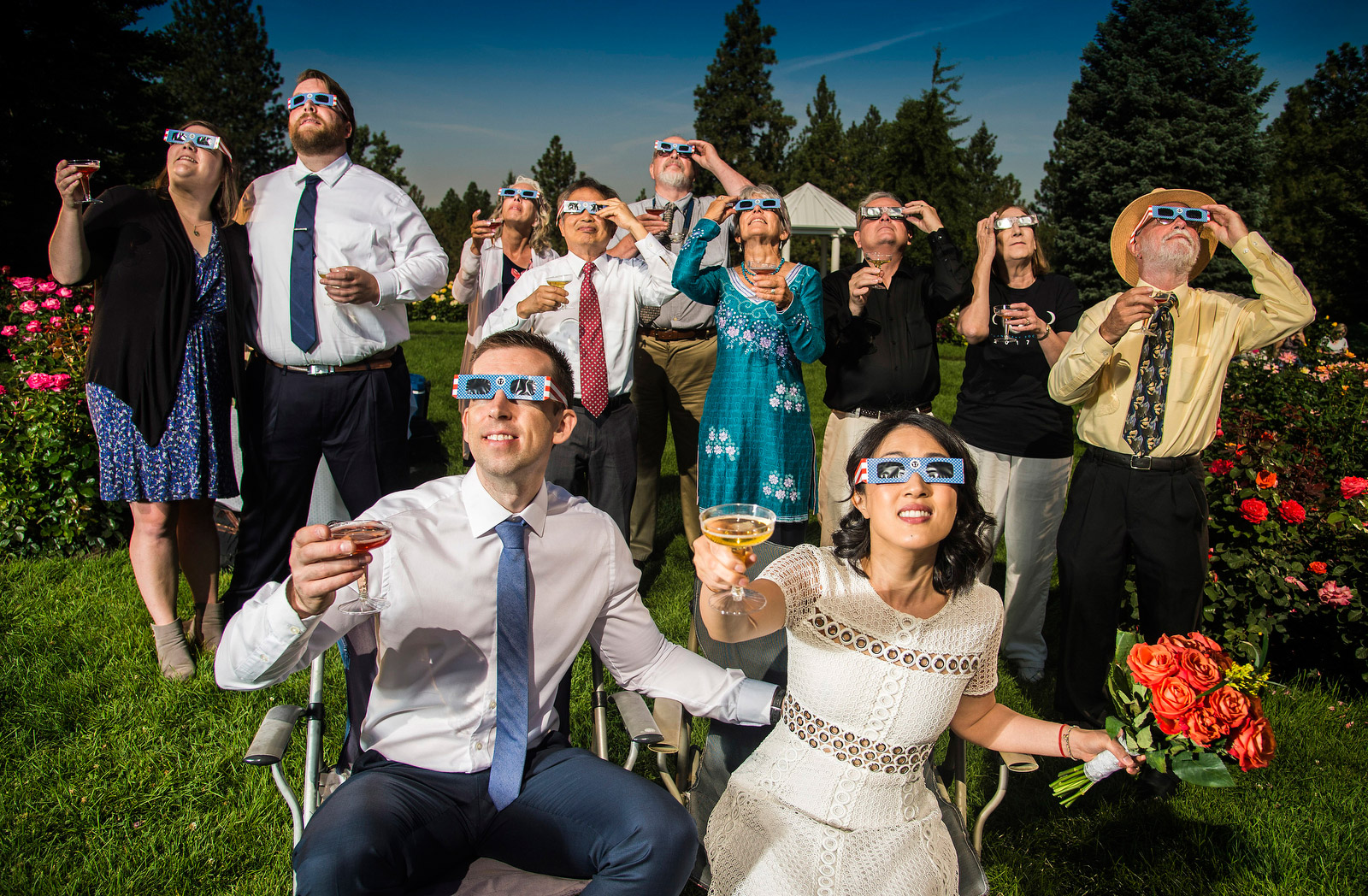 After their wedding ceremony, Nathan Mauger and Connie Young toast to the eclipse in Spokane, Washington. Colin Mulvany/The Spokesman-Review/AP 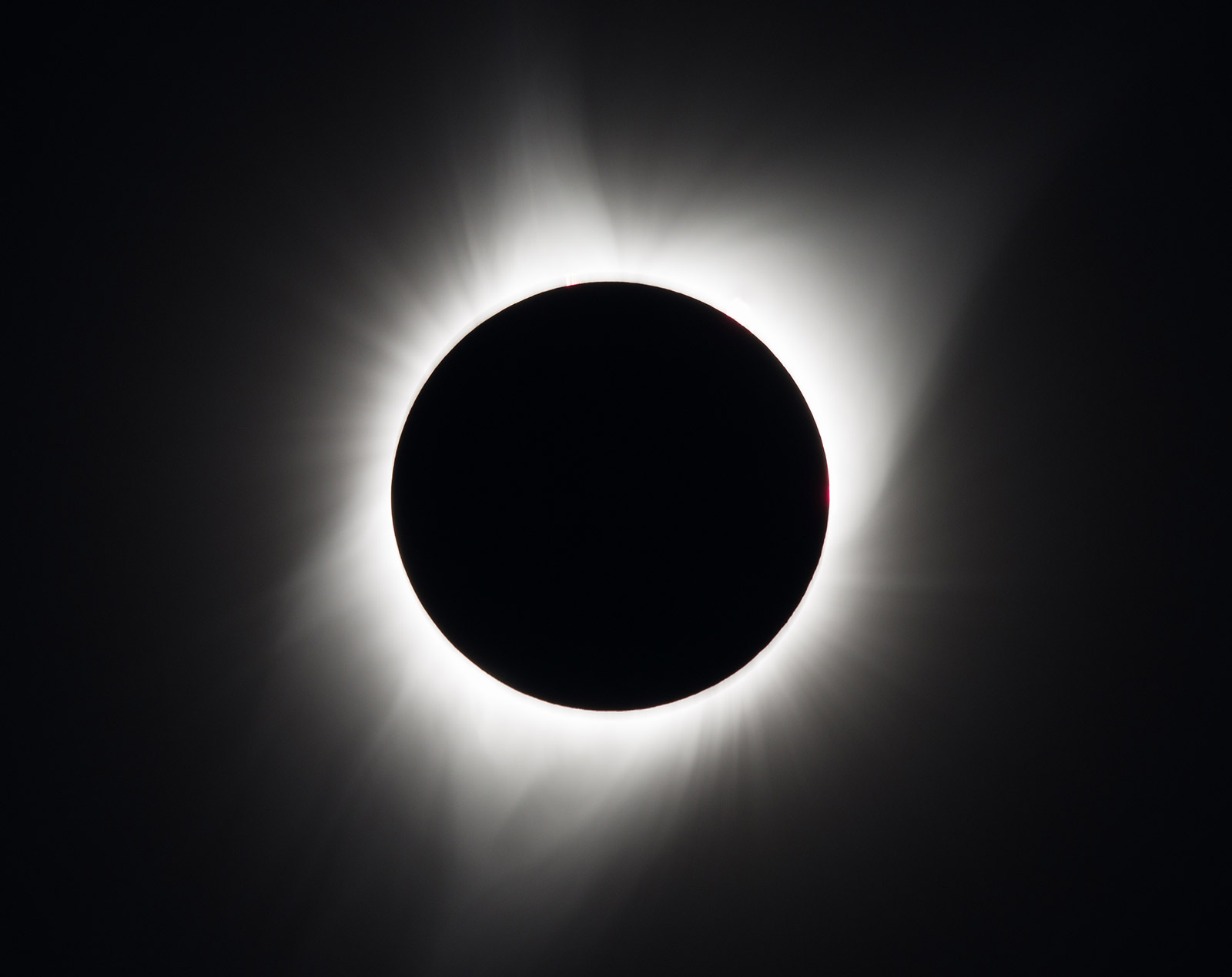