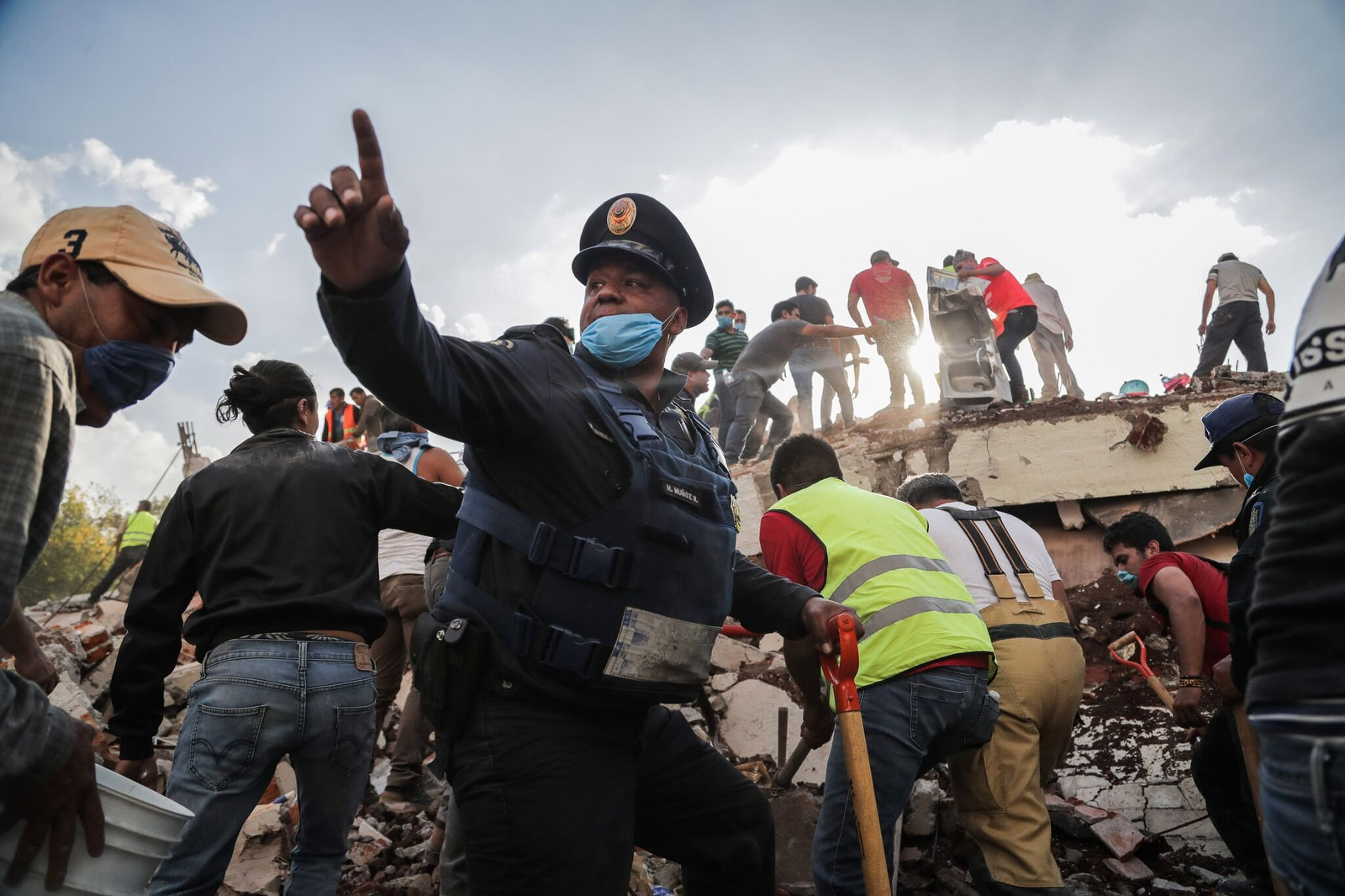 A magnitude 7.1 earthquake rocked central Mexico on Tuesday, killing more than 200 people, leveling buildings and knocking out power to millions.

The quake rattled the country’s capital, Mexico City, and came exactly 32 years after a devastating quake killed an estimated 9,500 people in and around the city in 1985.

Mexico is still recovering from a magnitude 8.1 quake that hit earlier this month off the country’s southern coast. That quake, which killed at least 61 people, was the strongest quake to hit the country in 100 years, according to President Enrique Peña Nieto. 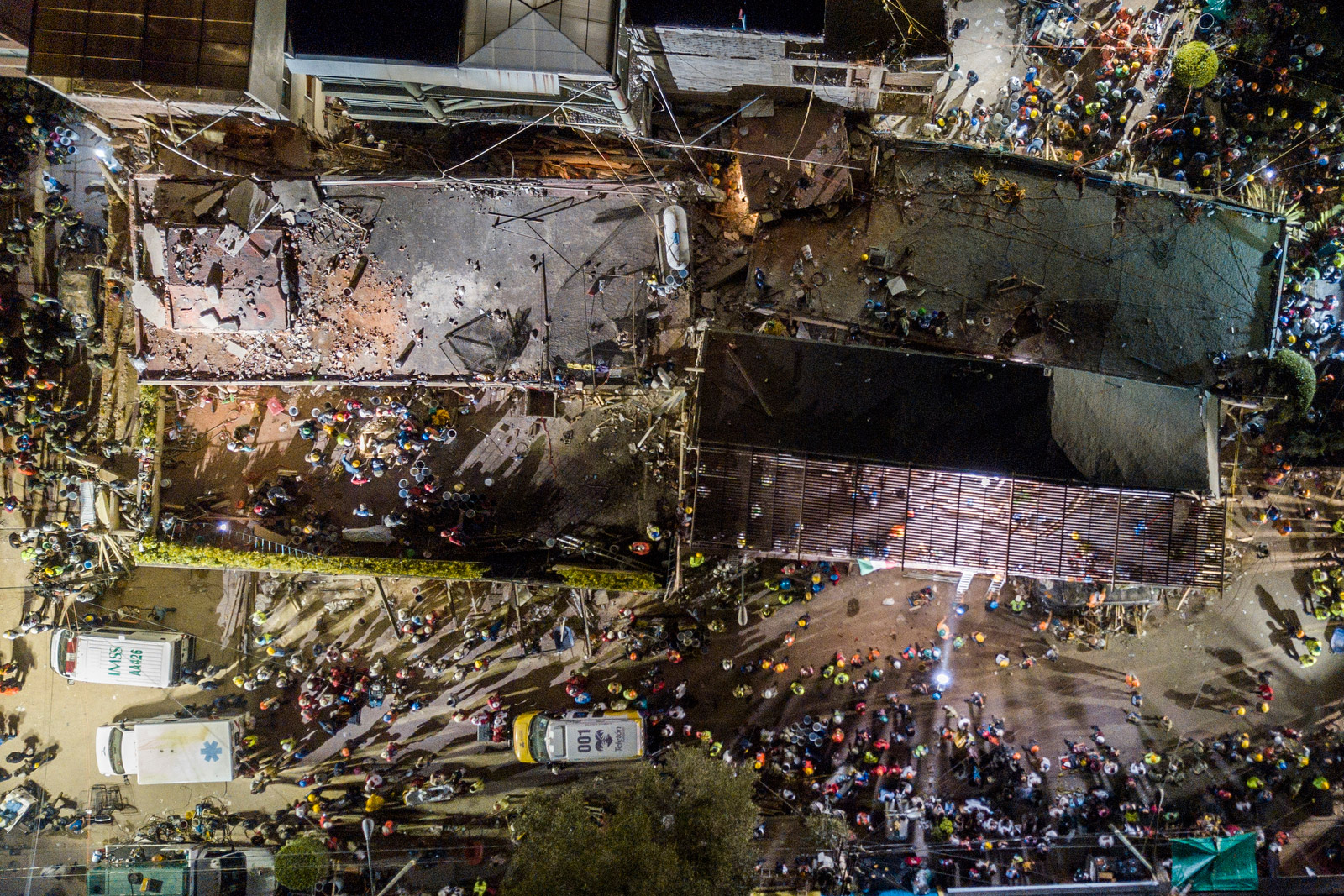 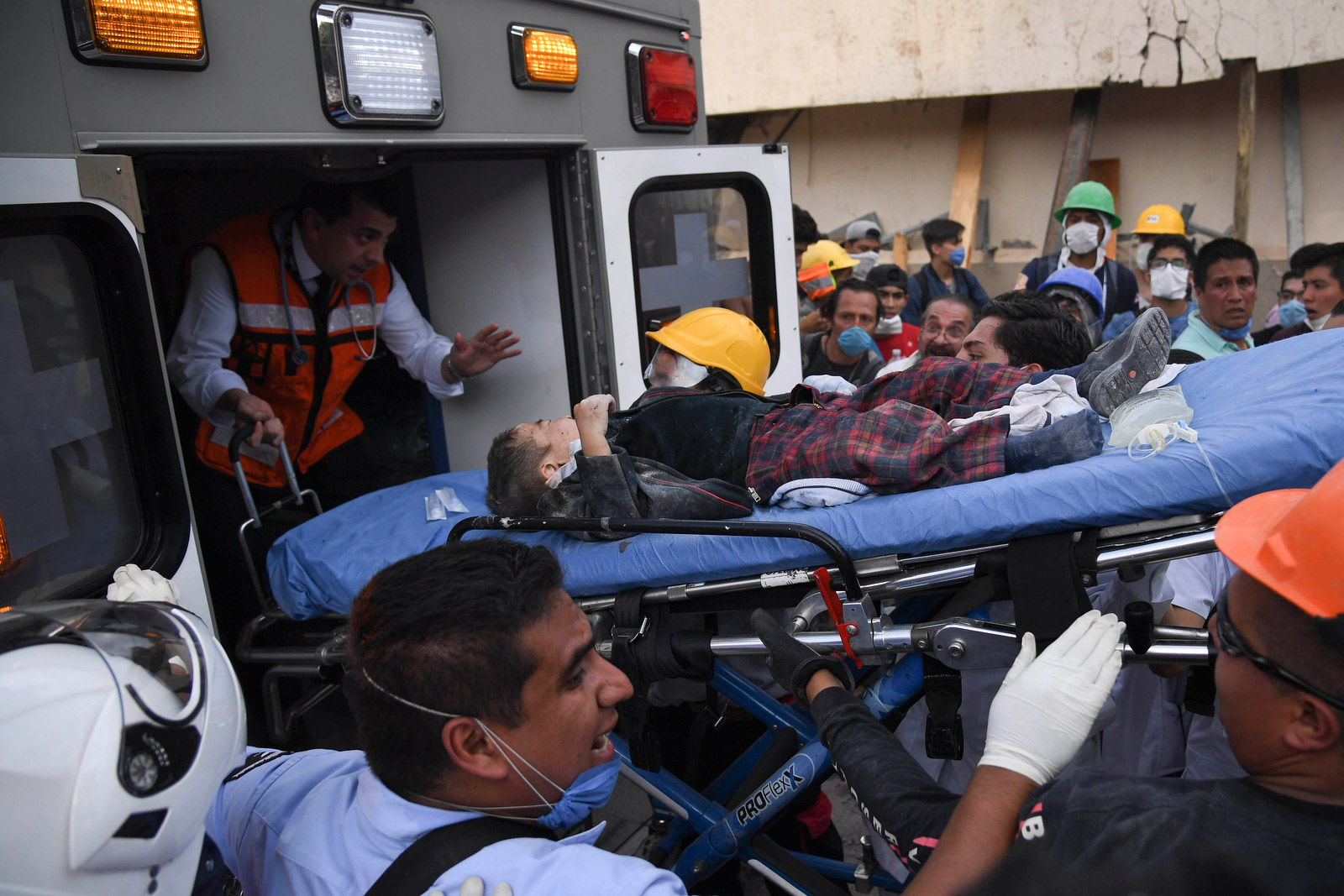 A rescued child is helped away from the collapsed school on Tuesday. Guillermo Perea/GDA/El Universal/AP 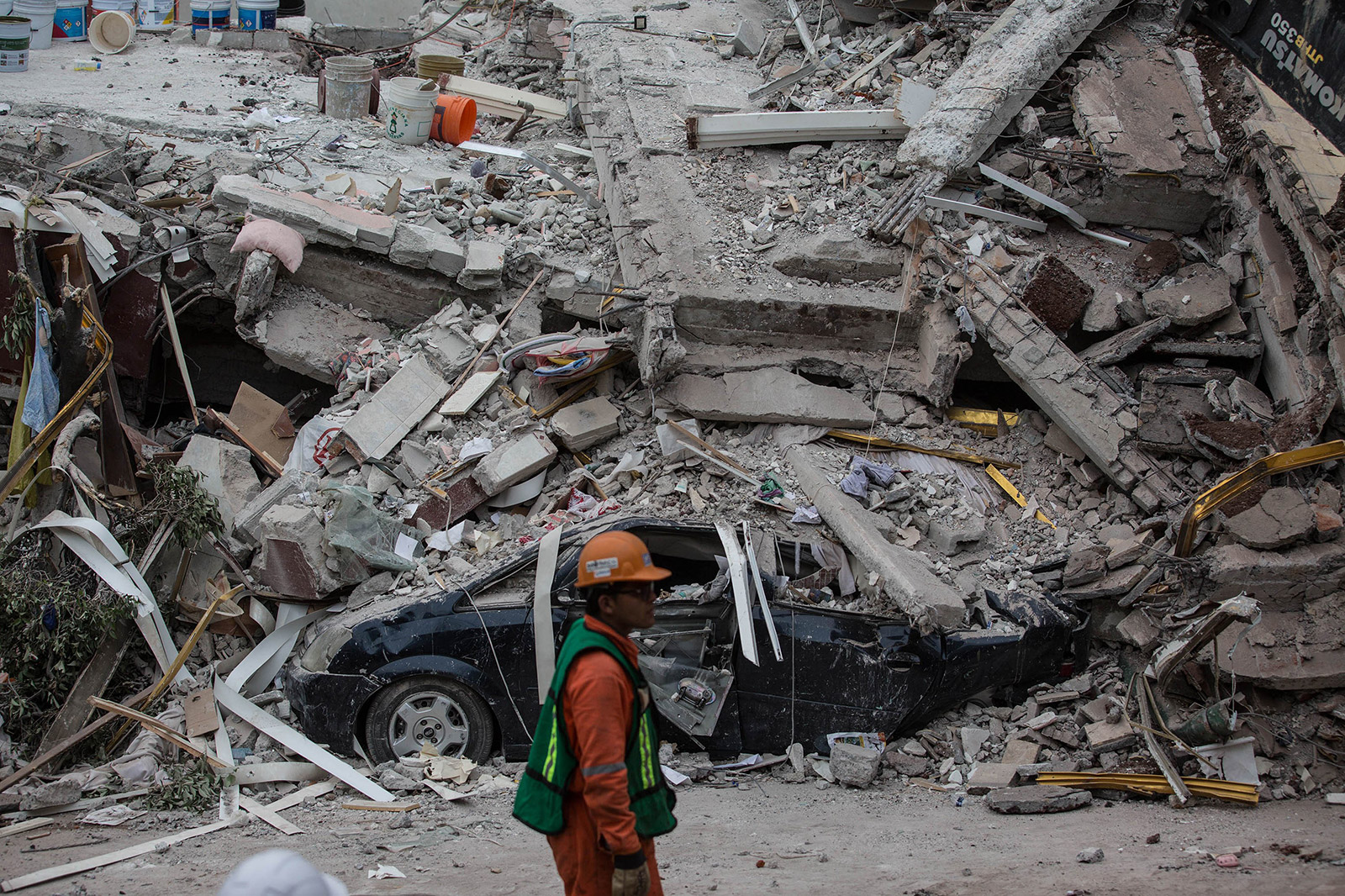 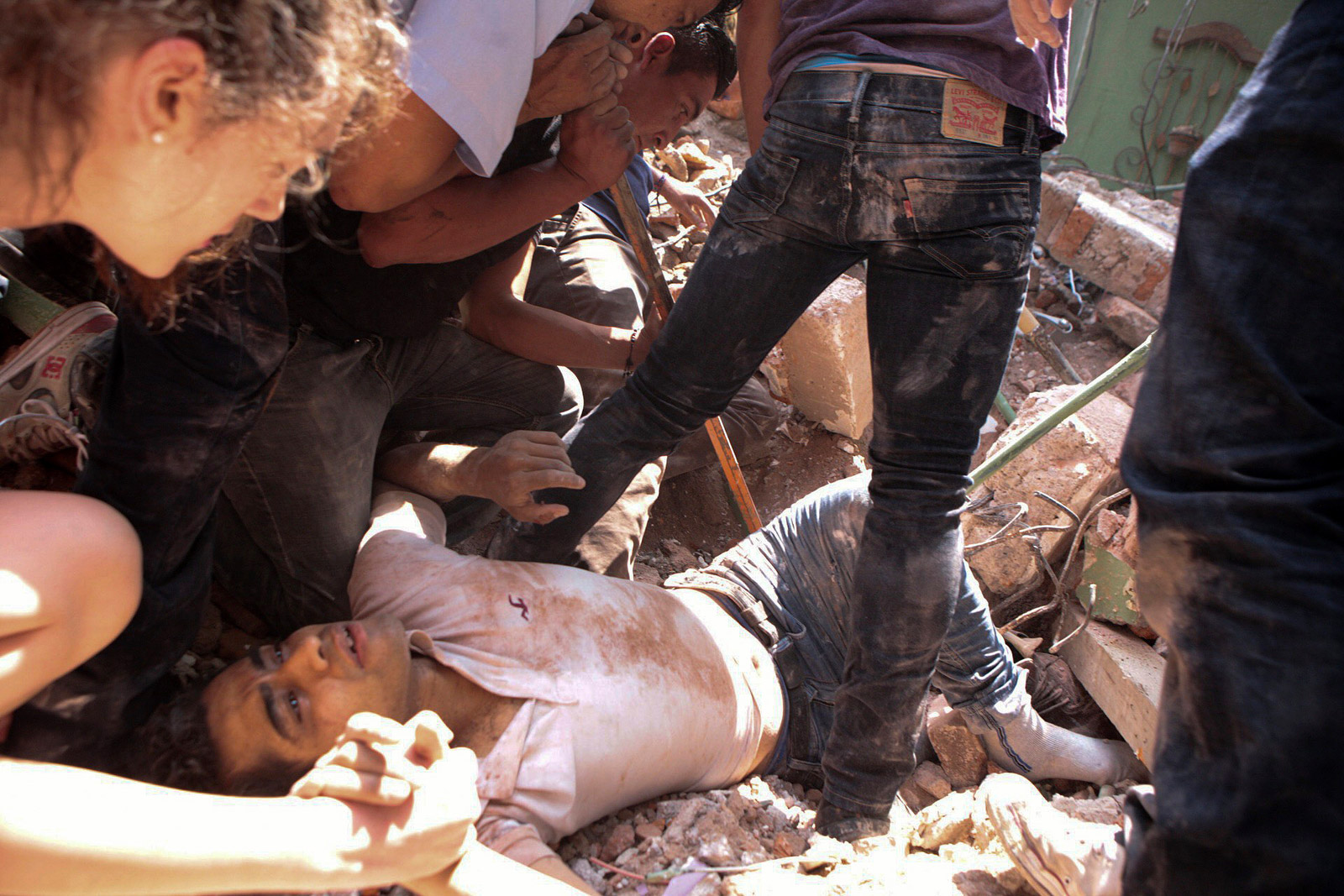 A man is rescued from a collapsed building in Mexico City’s Condesa neighborhood on Tuesday. Pablo Ramos/AP 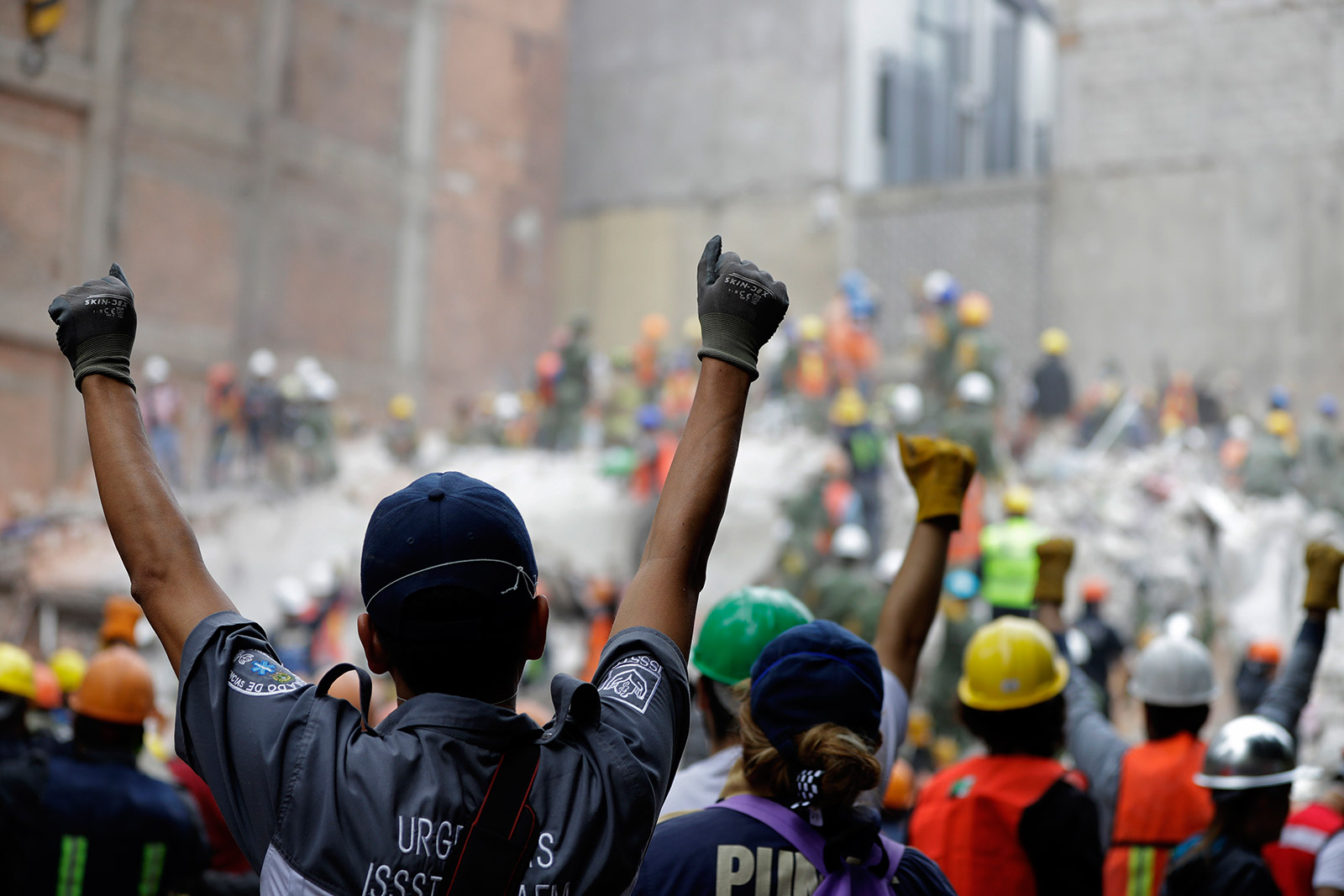 Rescuers hold up closed fists Thursday, signaling that silence is needed as a flattened building is searched for survivors. Natacha Pisarenko/AP 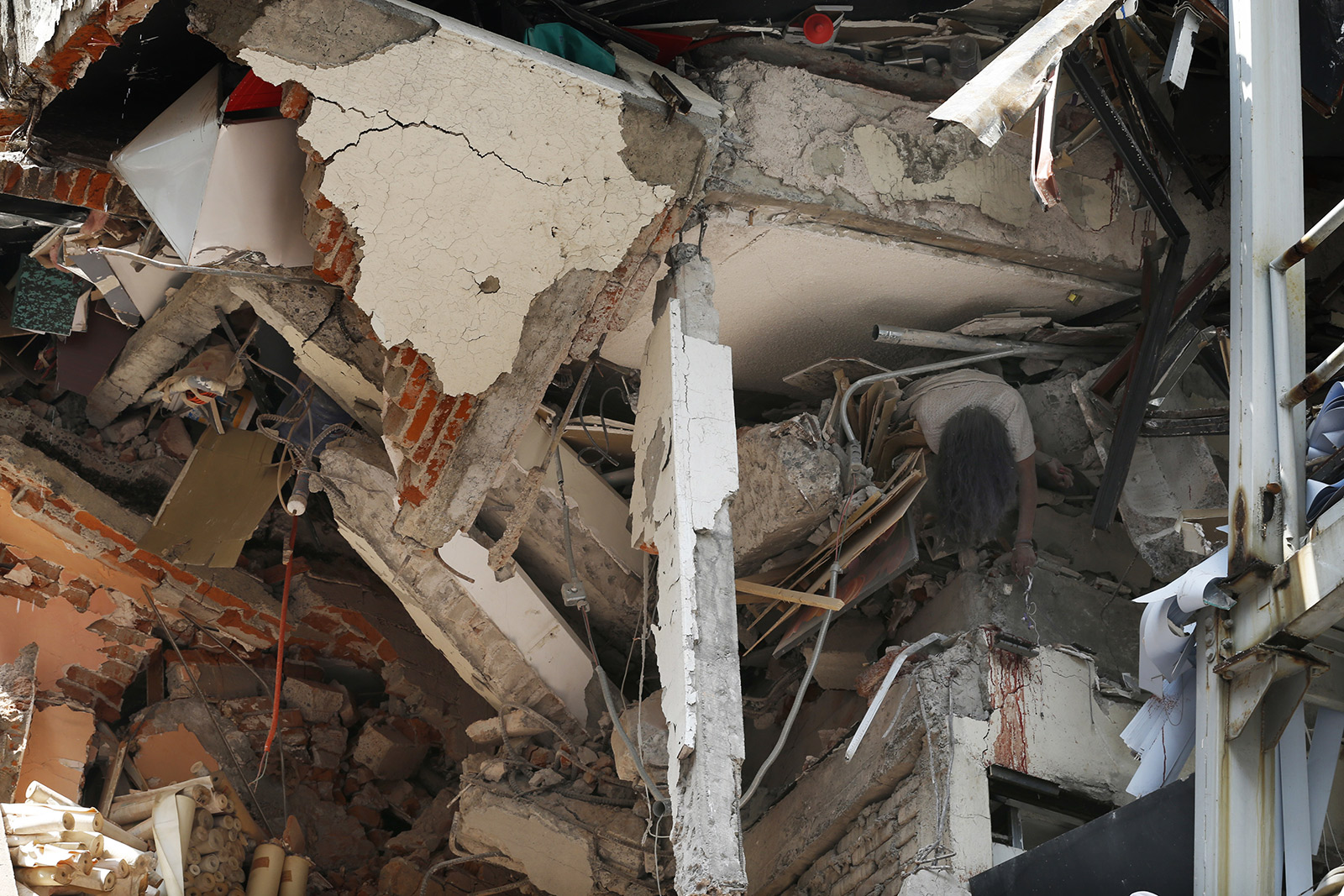 A woman’s crushed body hangs in a collapsed building in Mexico City on Tuesday. Marco Ugarte/AP 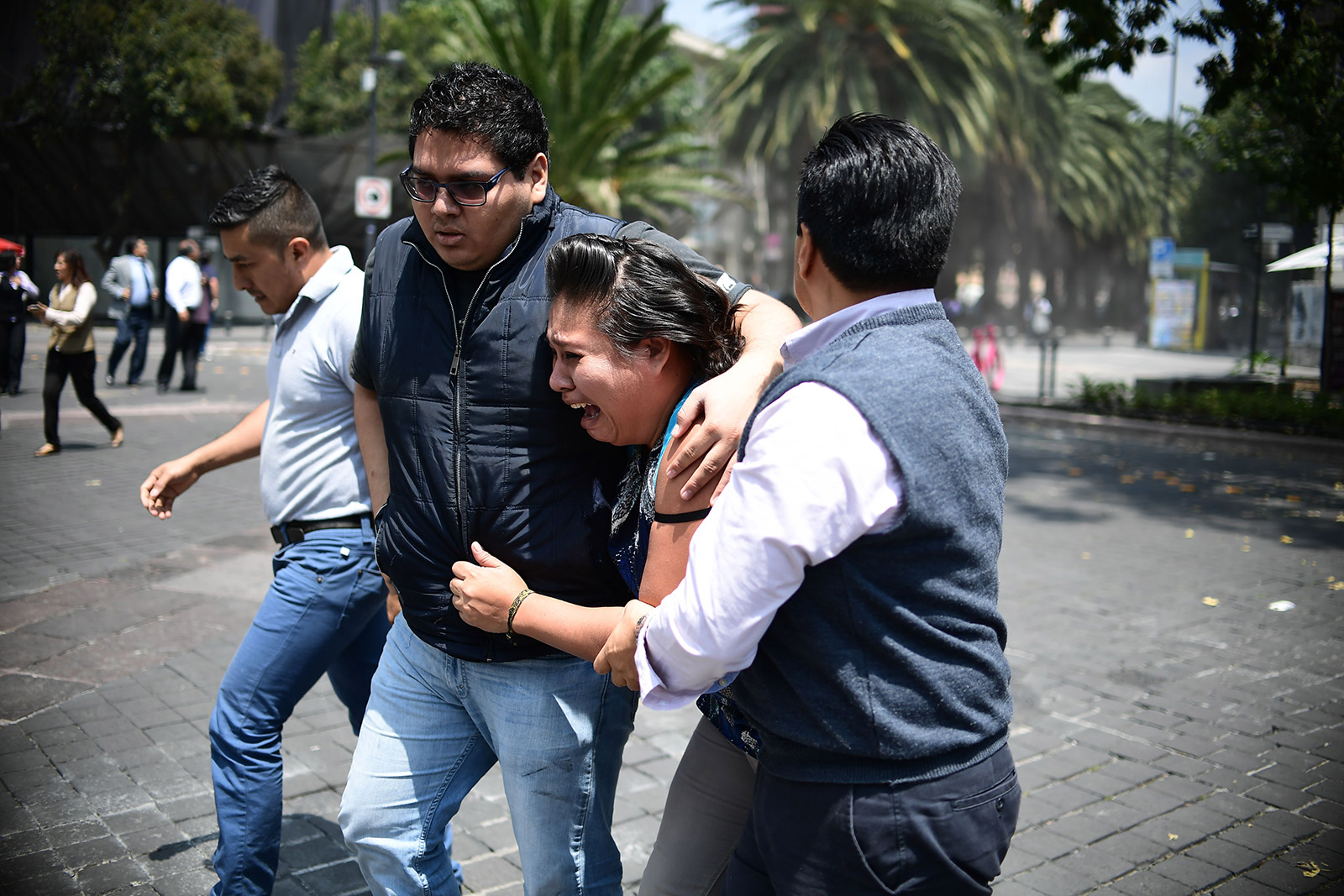 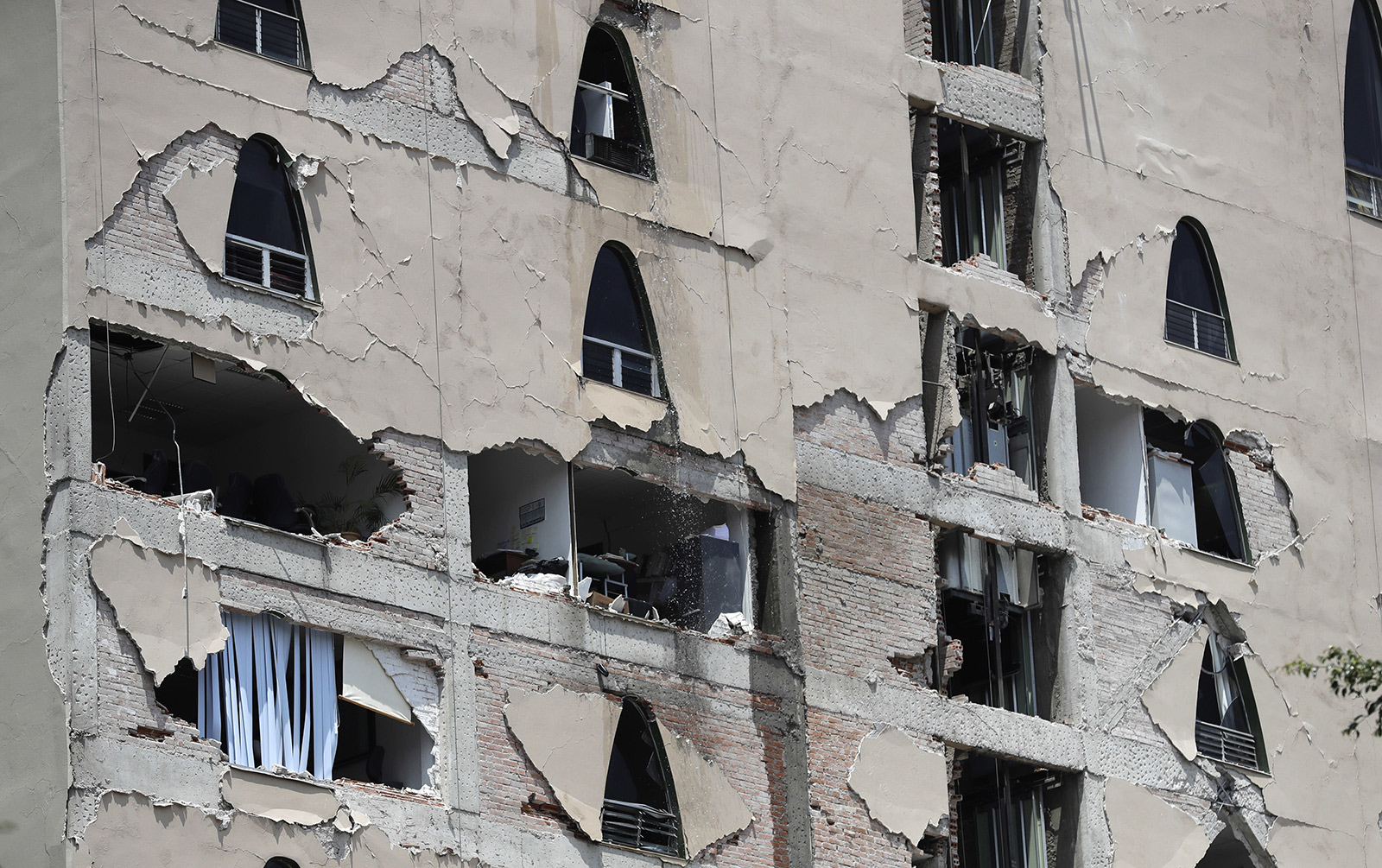 A damaged building is seen in Mexico City after the quake. Rebecca Blackwell/AP 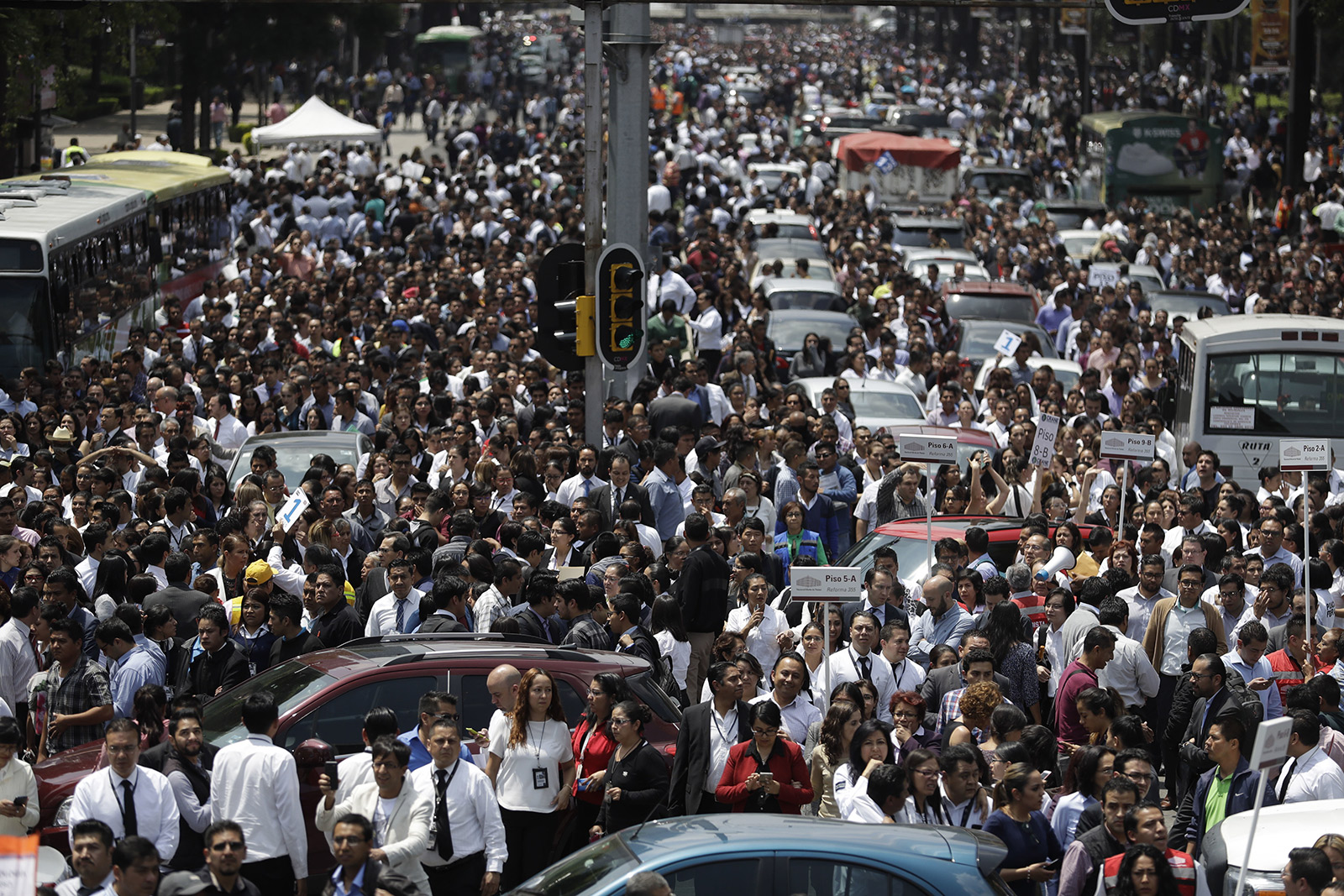 People gather on a Mexico City street after office buildings were evacuated because of the quake. Rebecca Blackwell/AP 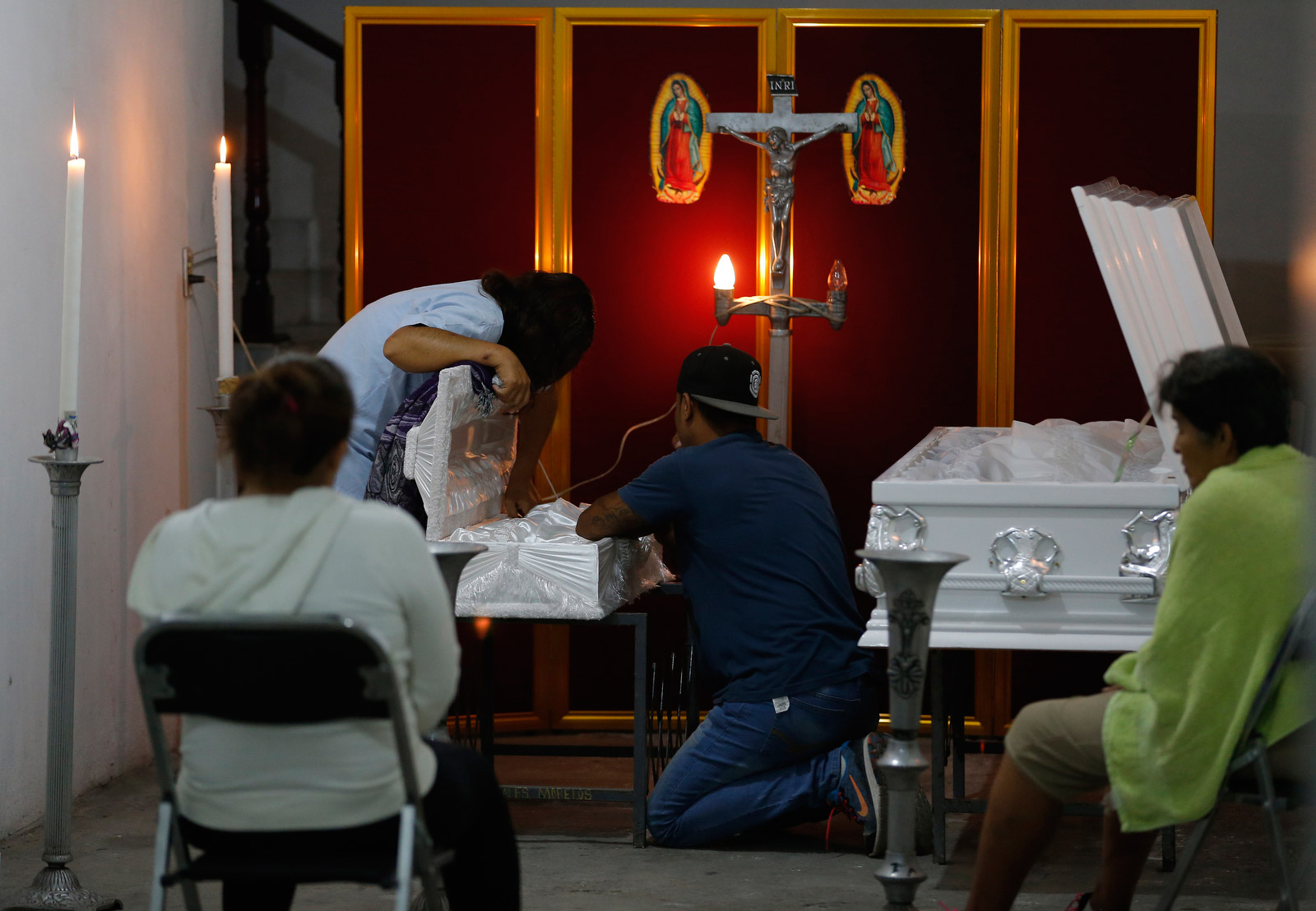 Family members attend a wake for toddler Daniel Novoa and his aunt Marta Cruz after they were killed in Jojutla, Mexico. Eduardo Verdugo/AP 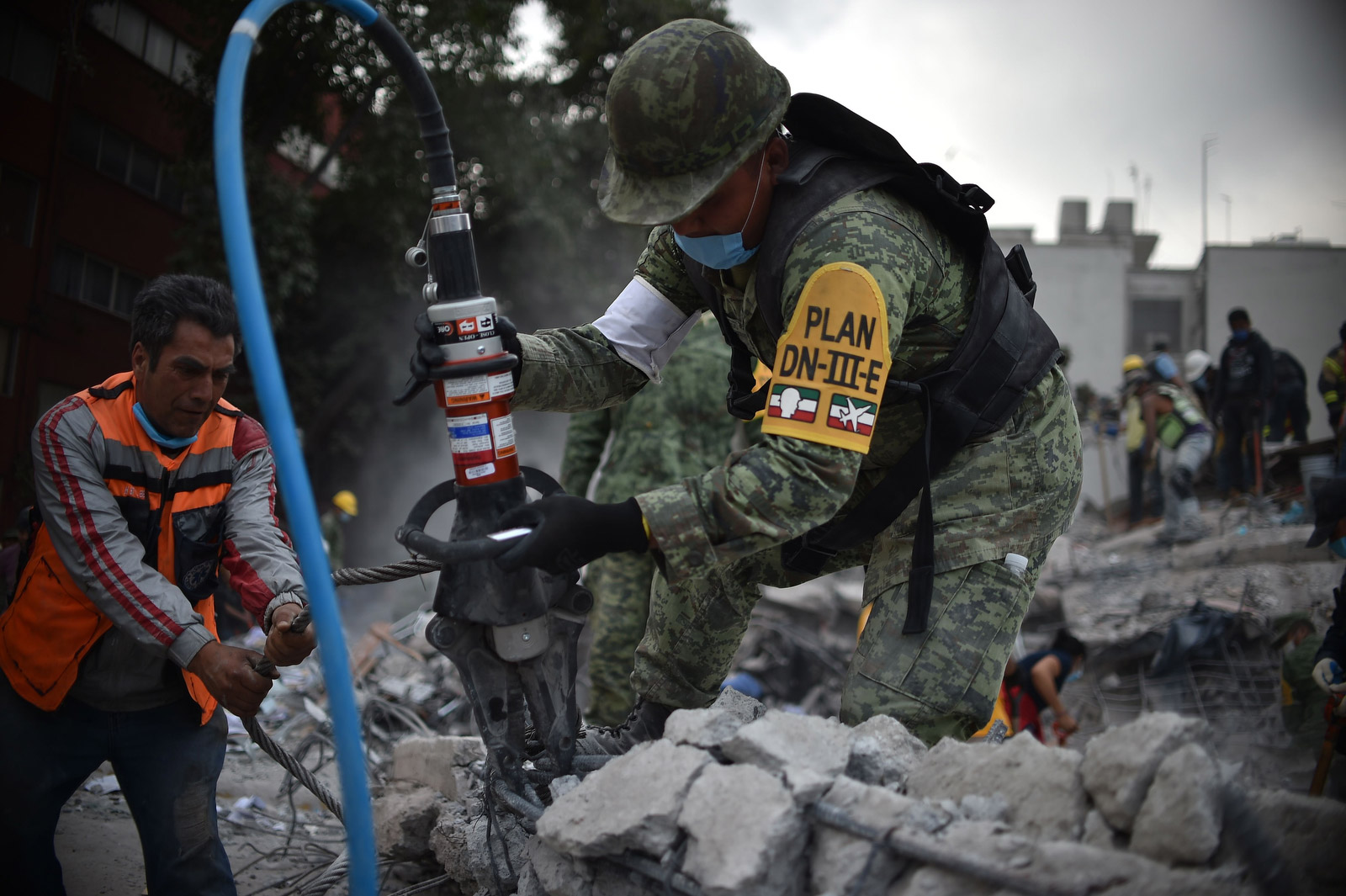 Rubble and debris is removed from the site of a flattened building in Mexico City on Tuesday. Yuri Cortez/AFP/Getty Images 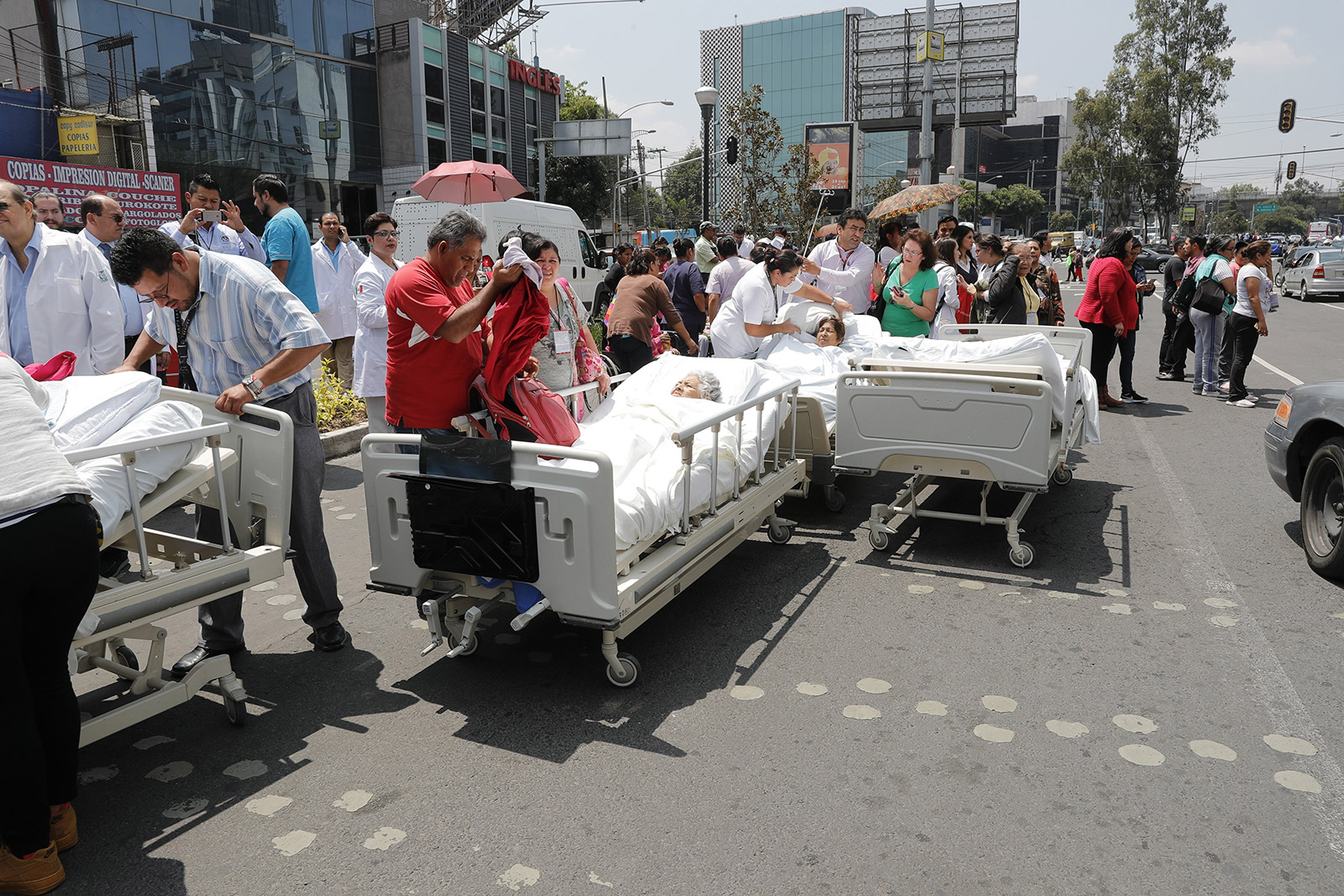 Patients from a Mexico City hospital receive treatment outside after the hospital was evacuated on Tuesday. Jose Mendez/EPA 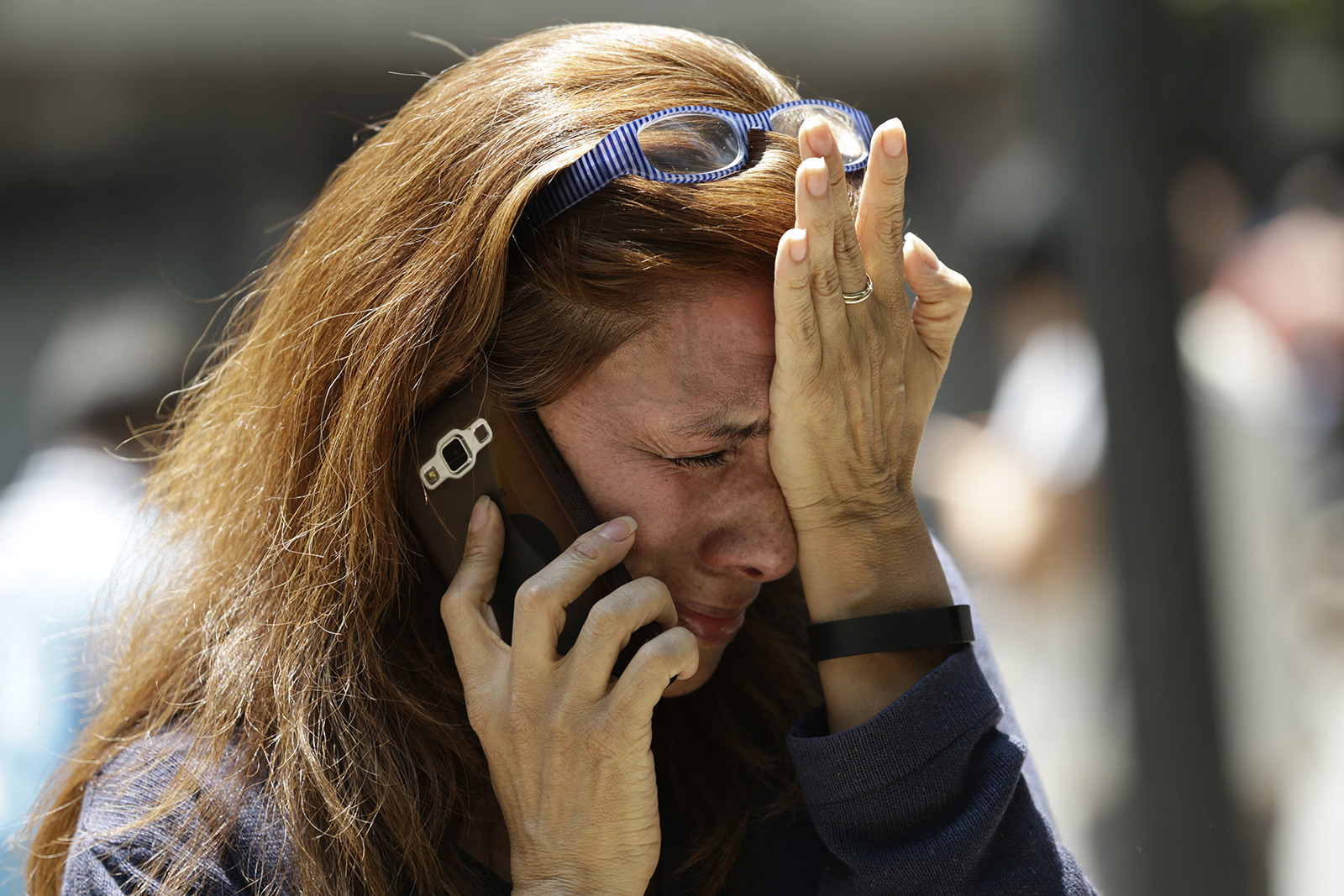 A woman in Mexico City tries to reach people on her cell phone after the quake. Marco Ugarte/AP 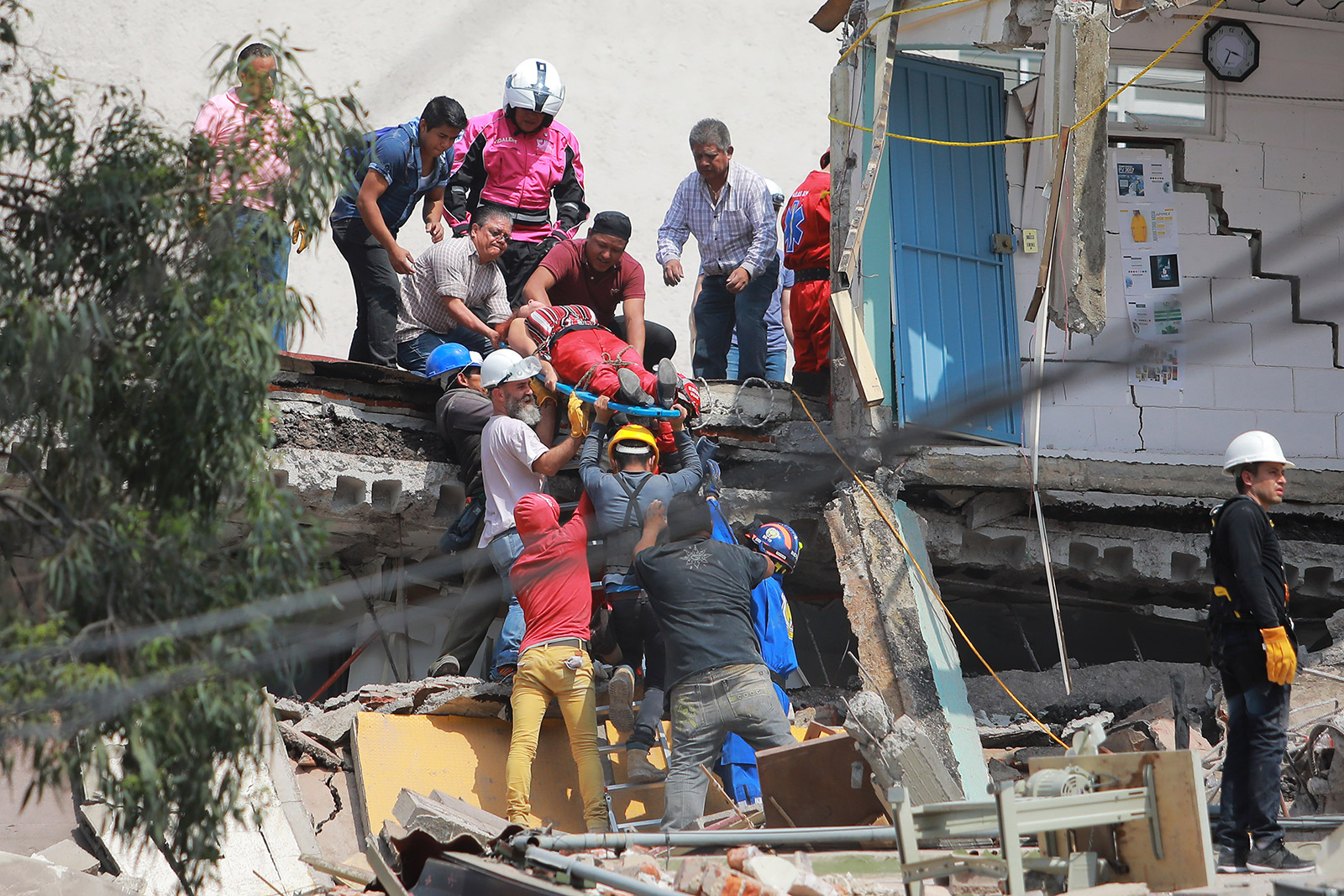 A survivor is pulled out of rubble Tuesday in Mexico City. Hector Vivas/Getty Images 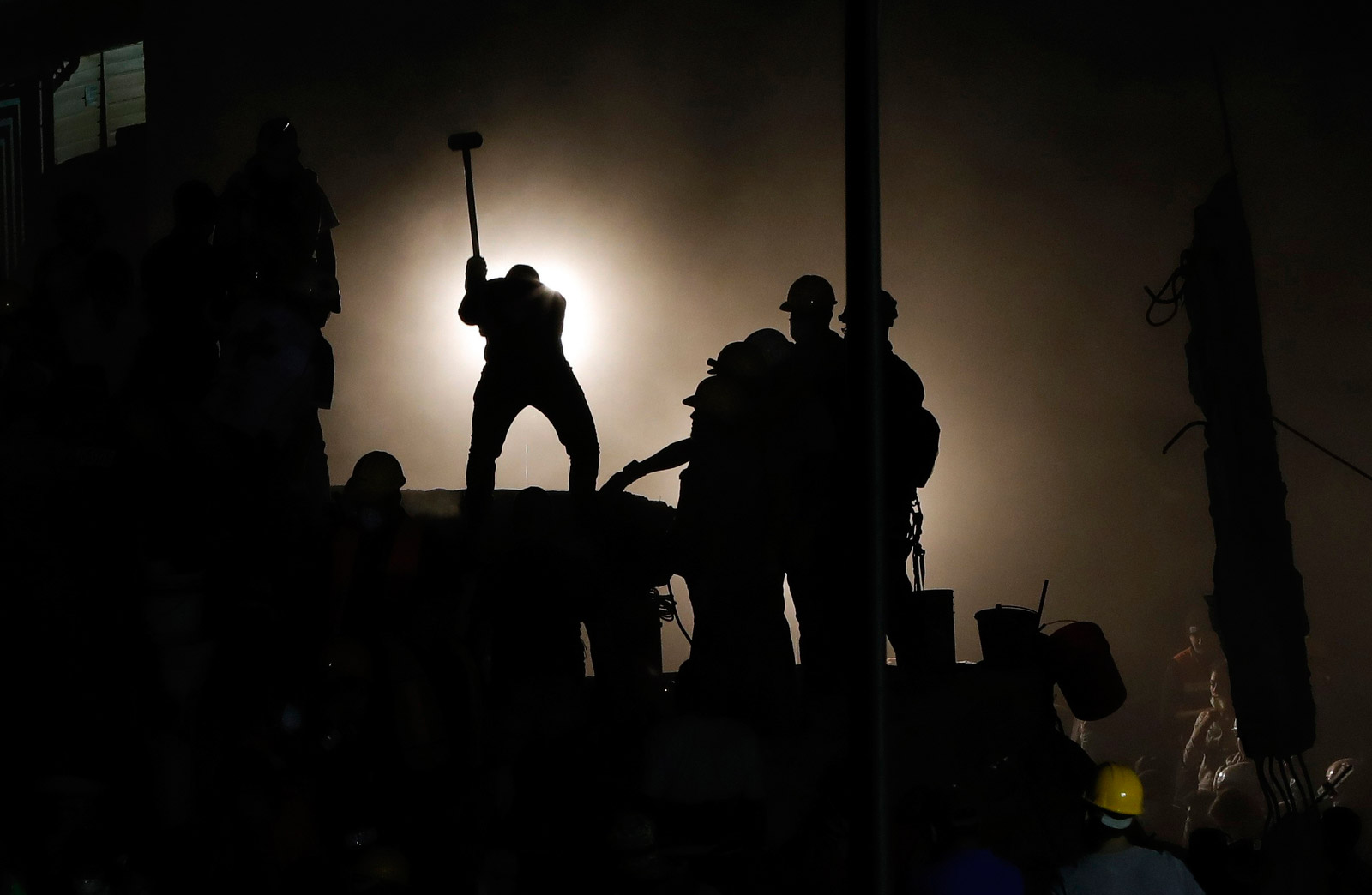 Rescuers search for victims under a building’s debris in Mexico City. Jose Mendez/EPA