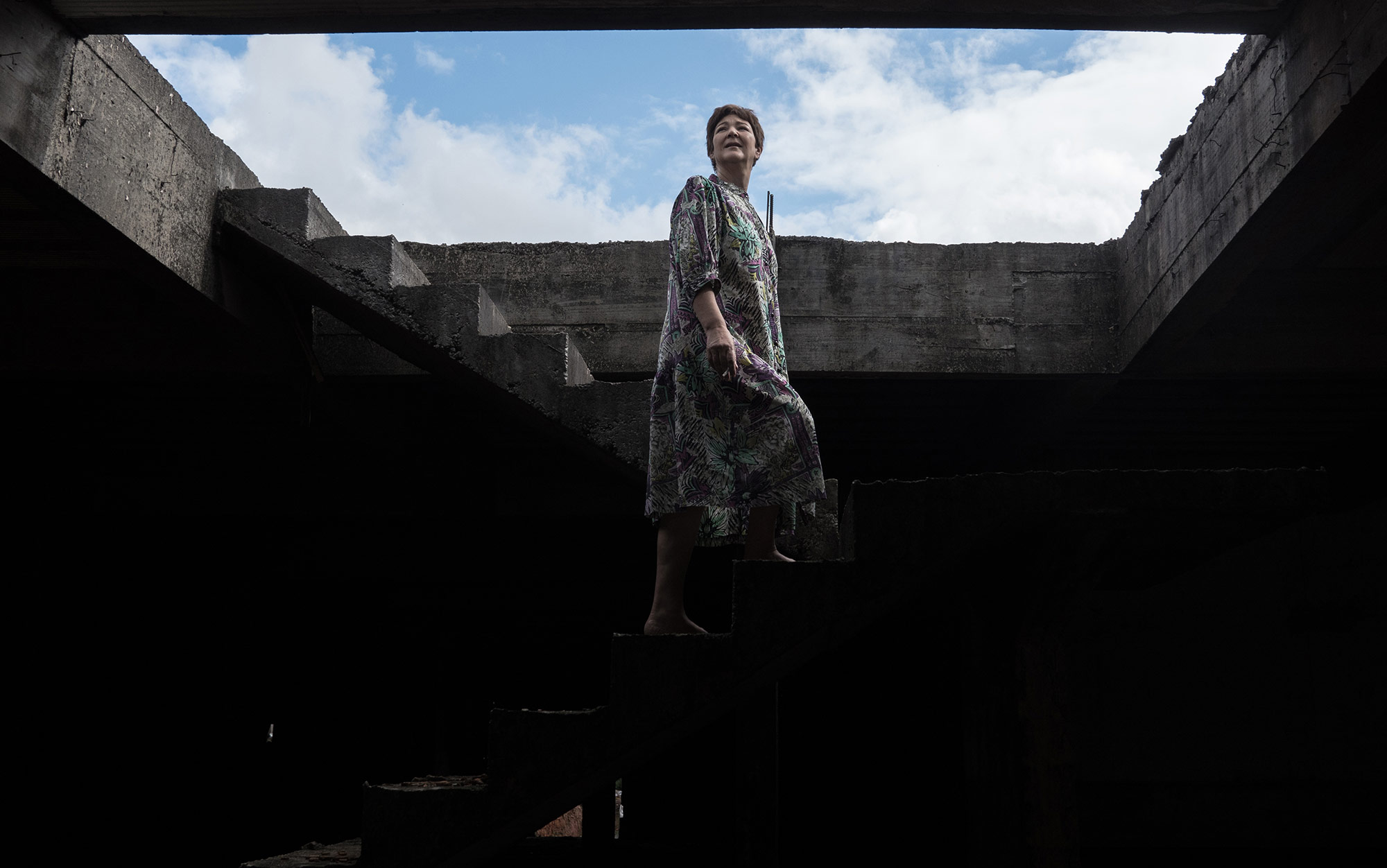 Out of the shadows: A mother’s struggle with mental illness

Isabella Lanave was 10 years old when her mother, Fatima, was diagnosed with bipolar disorder.

Things would only get worse.

Lanave remembers her mom being hospitalized several times and trying to commit suicide.

“I was never present in these moments, but my stepfather was,” said Lanave, now 24. 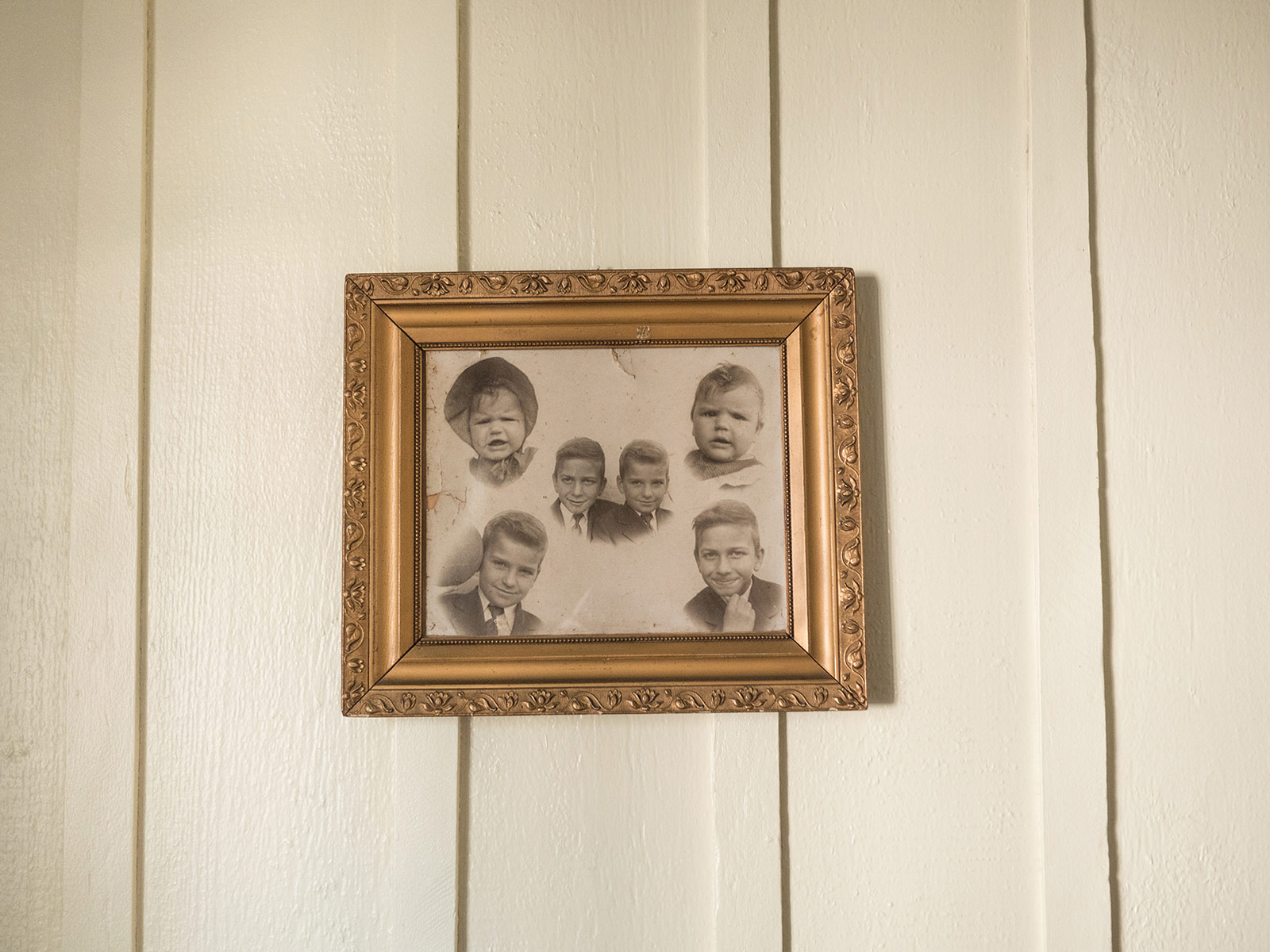 Fatima’s siblings are seen on an old photo in her mother’s house in Curitiba, Brazil, in November 2017. 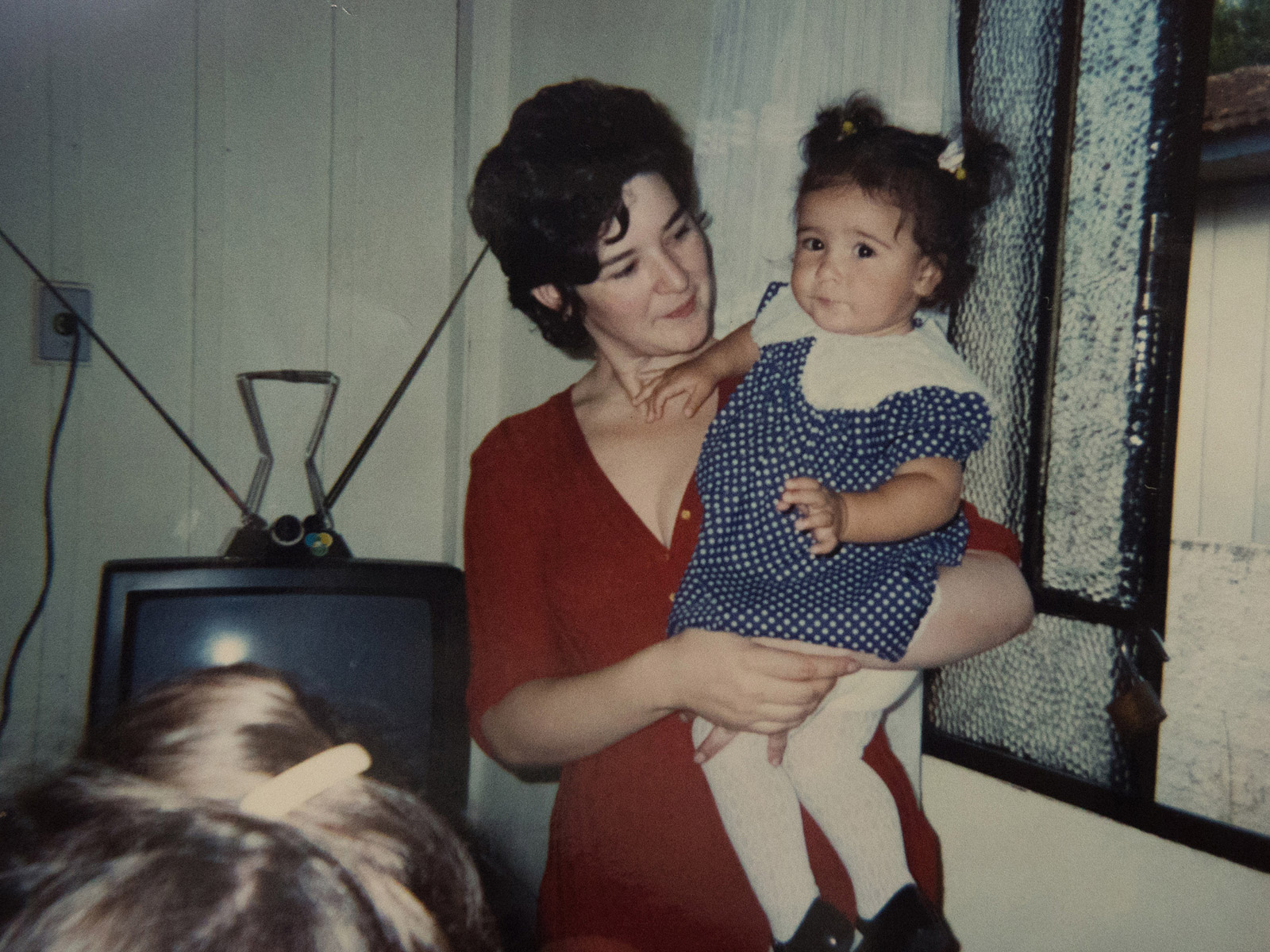 Fatima holds her daughter, Isabella, in 1996.

She detailed several of her mother’s suicide attempts, the most recent of which came in April 2017. The family got a call from police saying that two men physically kept her mother from jumping off a bridge in her hometown of Itajai, Brazil.

Lanave came home and stayed with her mom for two days straight until there was vacancy for her at a clinic. 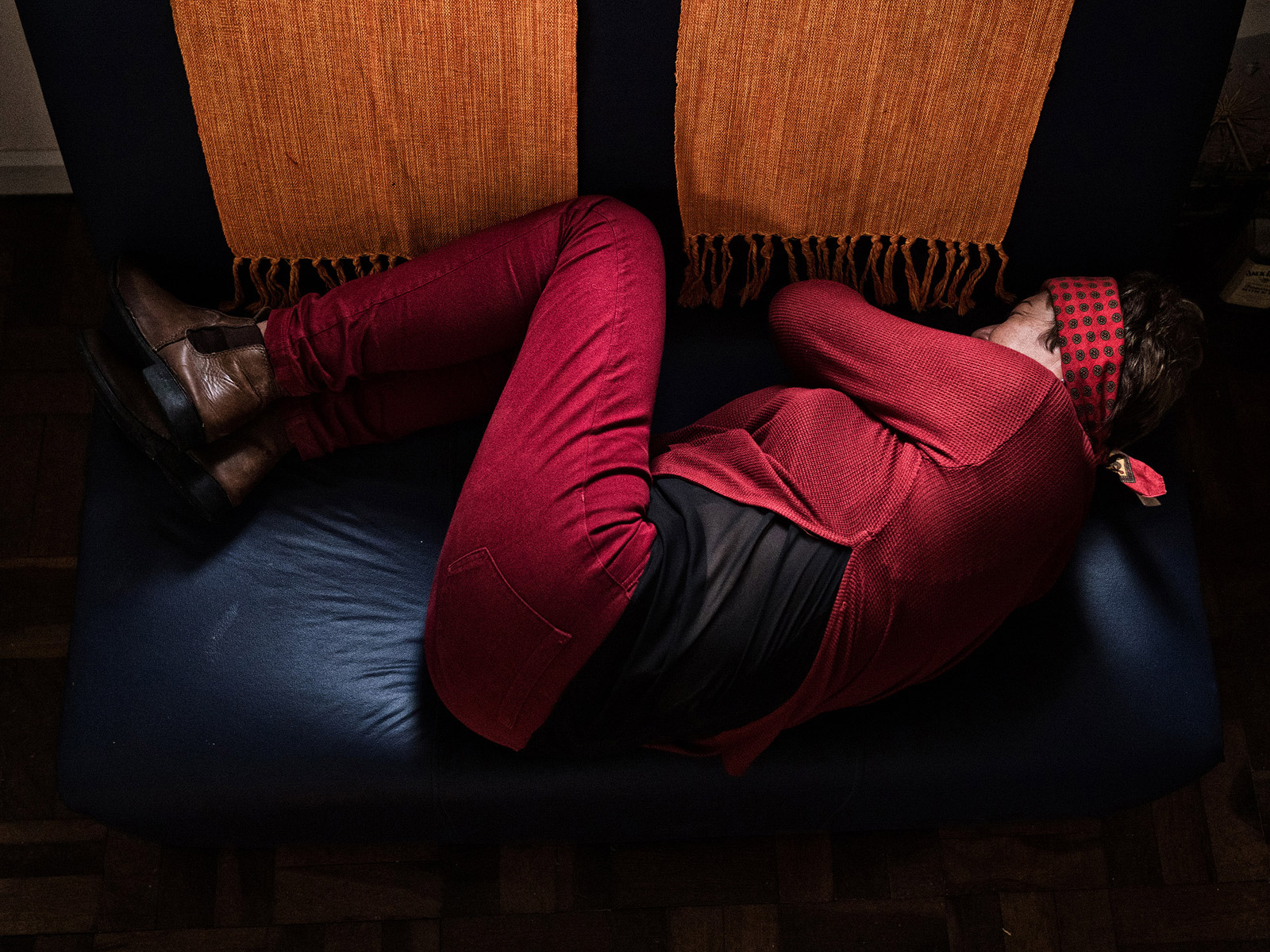 Fatima lies on a sofa in April 2017. She tried to commit suicide that month, her daughter said. “Laying on the sofa, she would tell me, ‘I want to go back to my mom’s uterus.’ ”

Lanave’s mother is on medication, Lanave says, but every day can still be a challenge. Bipolar disorder is a mental illness marked by manic highs and depressive lows.

“One day she calls me to say she loves her life, and another time she says she wants to die,” Lanave said. “This is the most difficult thing for me. … There is nothing that I can say to her to change this feelings. I feel so useless.”

For most of her life, Lanave would push herself away from her mother when things would become difficult. But now, she is choosing to get closer instead. 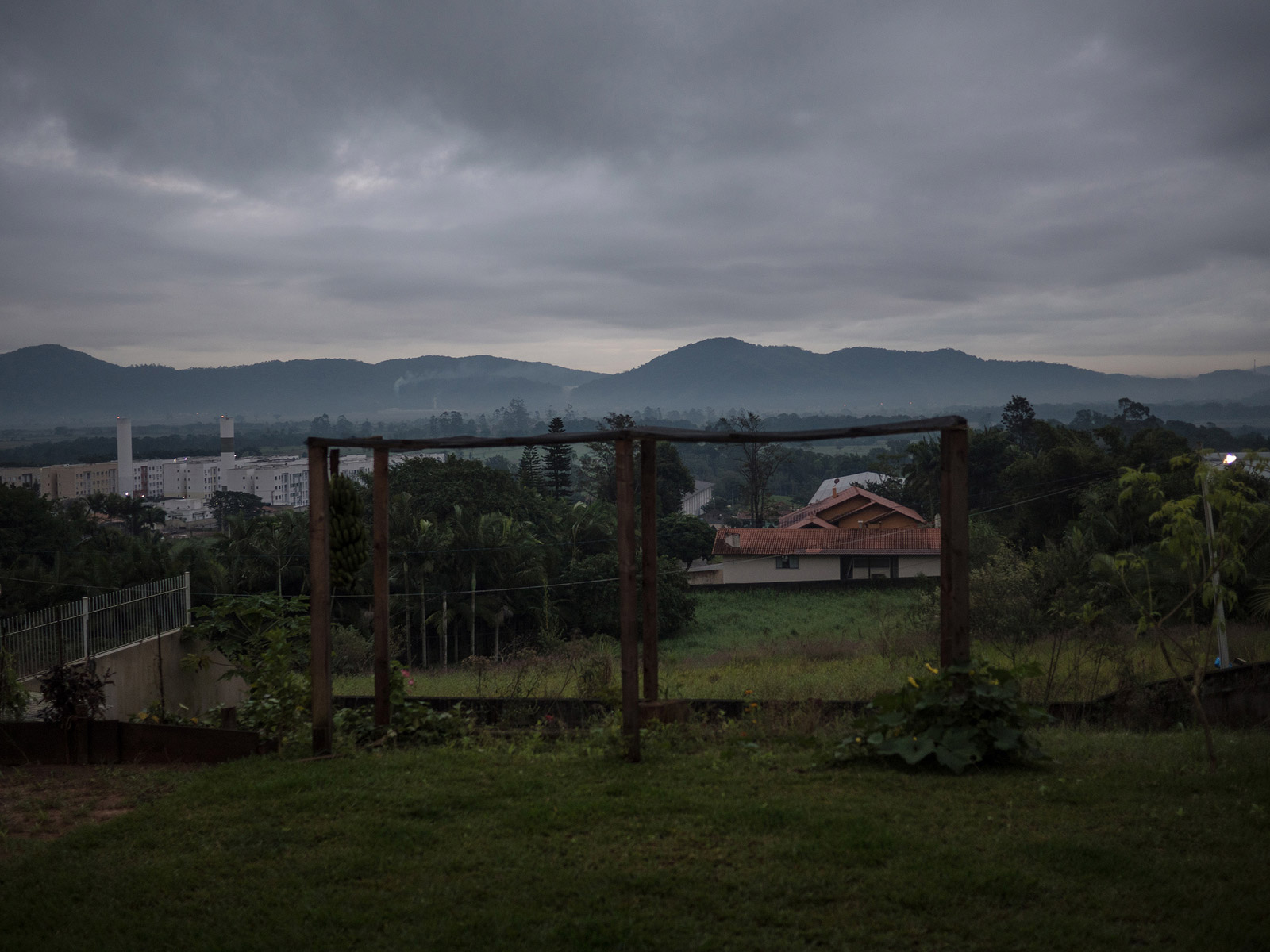 A look outside Fatima’s room in Itajai, Brazil. The view is something that relaxes her for few moments.

Lanave, a photographer, started going to a therapist in 2016, and it was the first time, she said, that she began to think deeply about her feelings and her complicated relationship with her mother.

“I had feelings that I needed to talk about before it exploded inside of me,” she said. “Photography was a way to express them.”

She started taking more photos at home and asking her mom how she was feeling. She wanted to connect and form a better understanding about what her mother was going through. The result was “Fatima,” an ongoing photo project about their relationship. Fatima likes the camera, her daughter says. She studied theater until she was 20.

“We started to talk about her past, her wishes and her bad feelings,” Lanave said. “I began to listen to her and take her feelings in consideration. I realized that even though her feelings were strange to me, they were real for her.”

At the beginning, Lanave would take pictures of her mom living her life, almost like a documentary. Then it became more of a collaboration.

“My mother and I started interacting more and creating together,” Lanave said. “We started thinking about places, clothes and symbols to tell our story.” 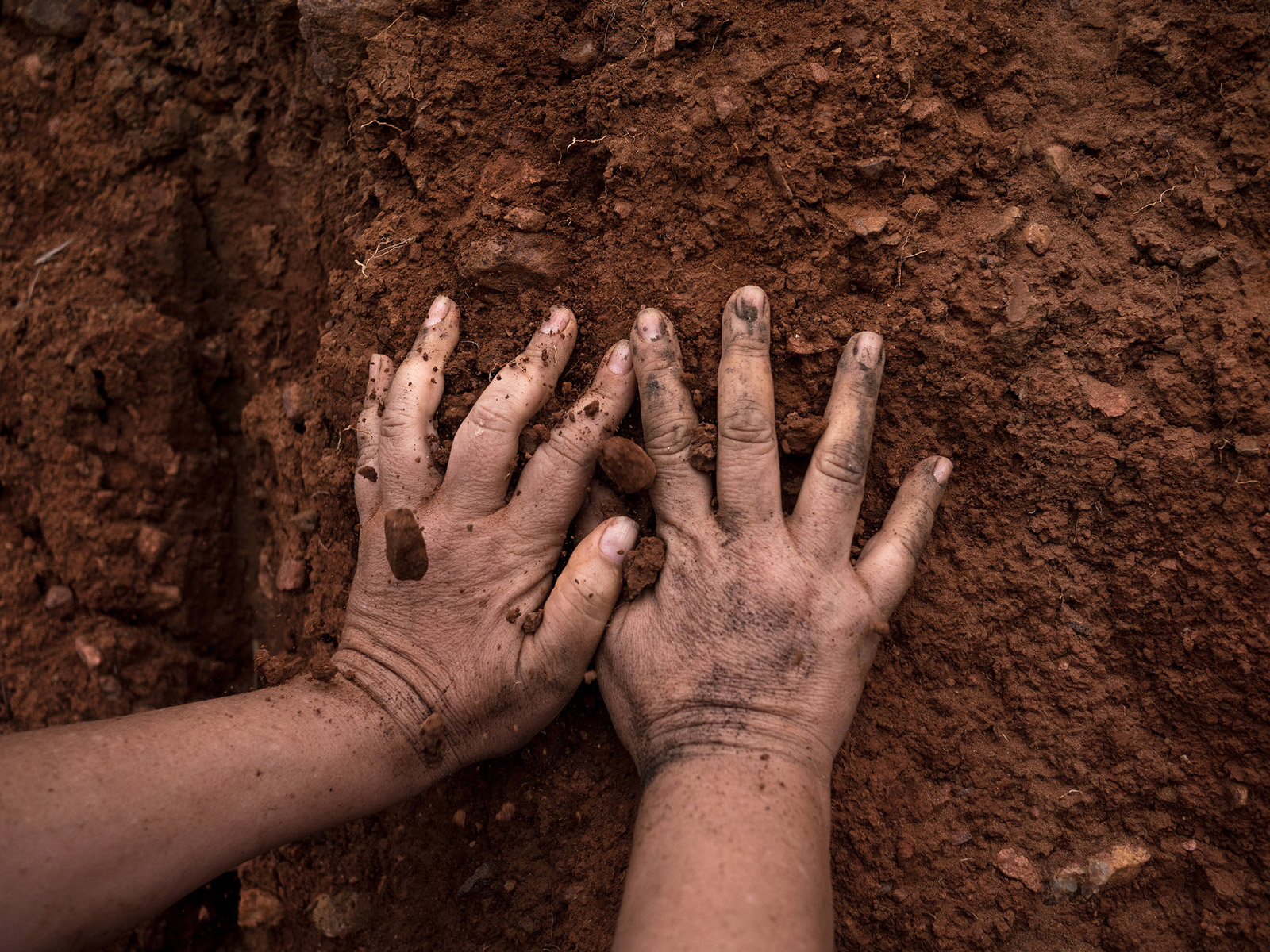 Working in the garden is a form of therapy for Fatima these days. 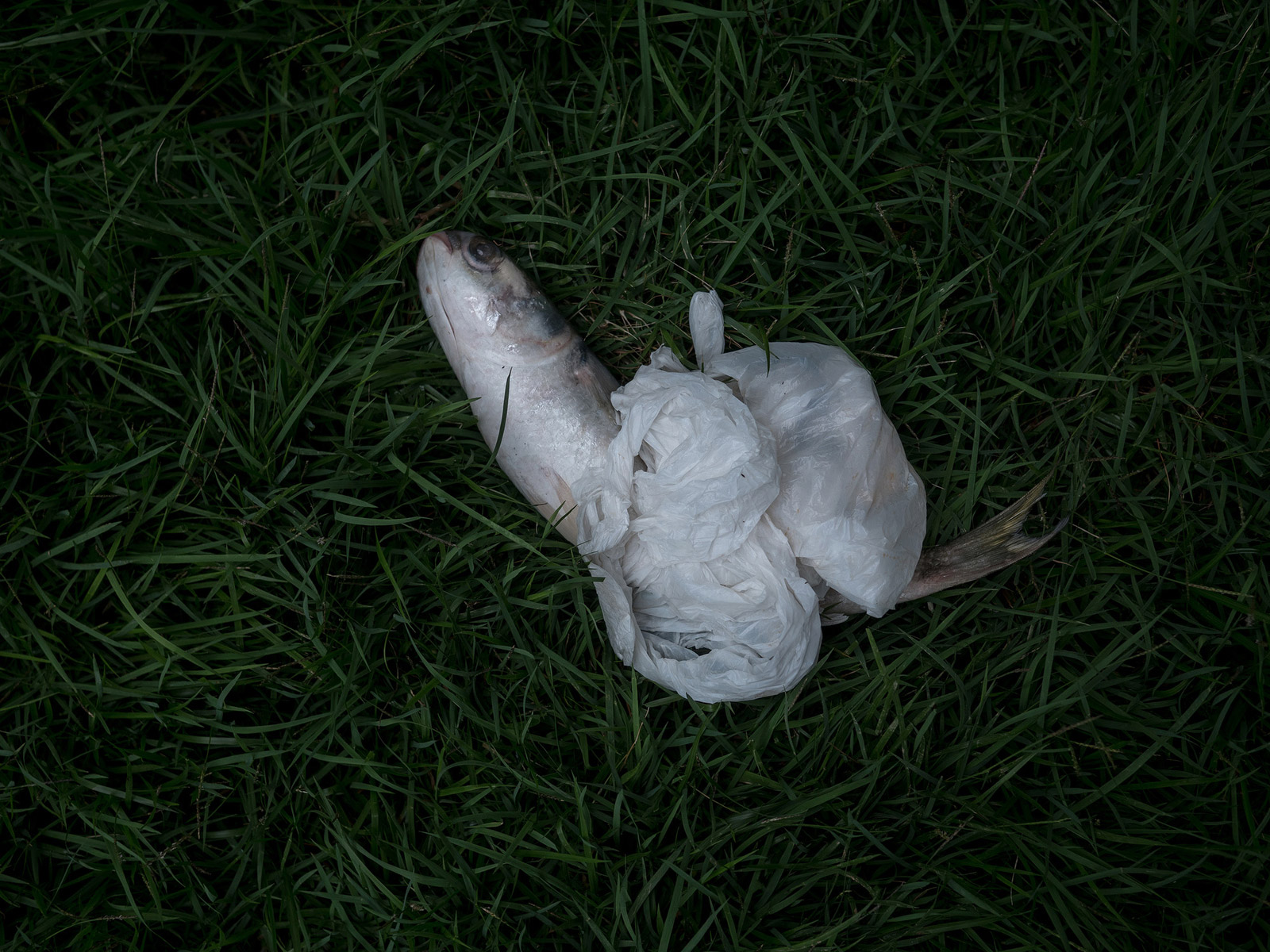 A dead fish in Fatima’s grass. Fatima’s mother died in a car crash when Fatima was a child. She was a cook and taking home fish for the kids when the accident happened. To this day, Fatima doesn’t like to eat fish because the smell reminds her of her mother’s death.

The symbolism is heavy in the photo at the top of this story, which has Lanave’s mother walking from the dark depths of an abandoned building to a clear sky above. Lanave said it’s related to finding one’s place in the world.

Another photo shows the beautiful countryside outside her mother’s room. The view is something that her mother uses to relax herself. 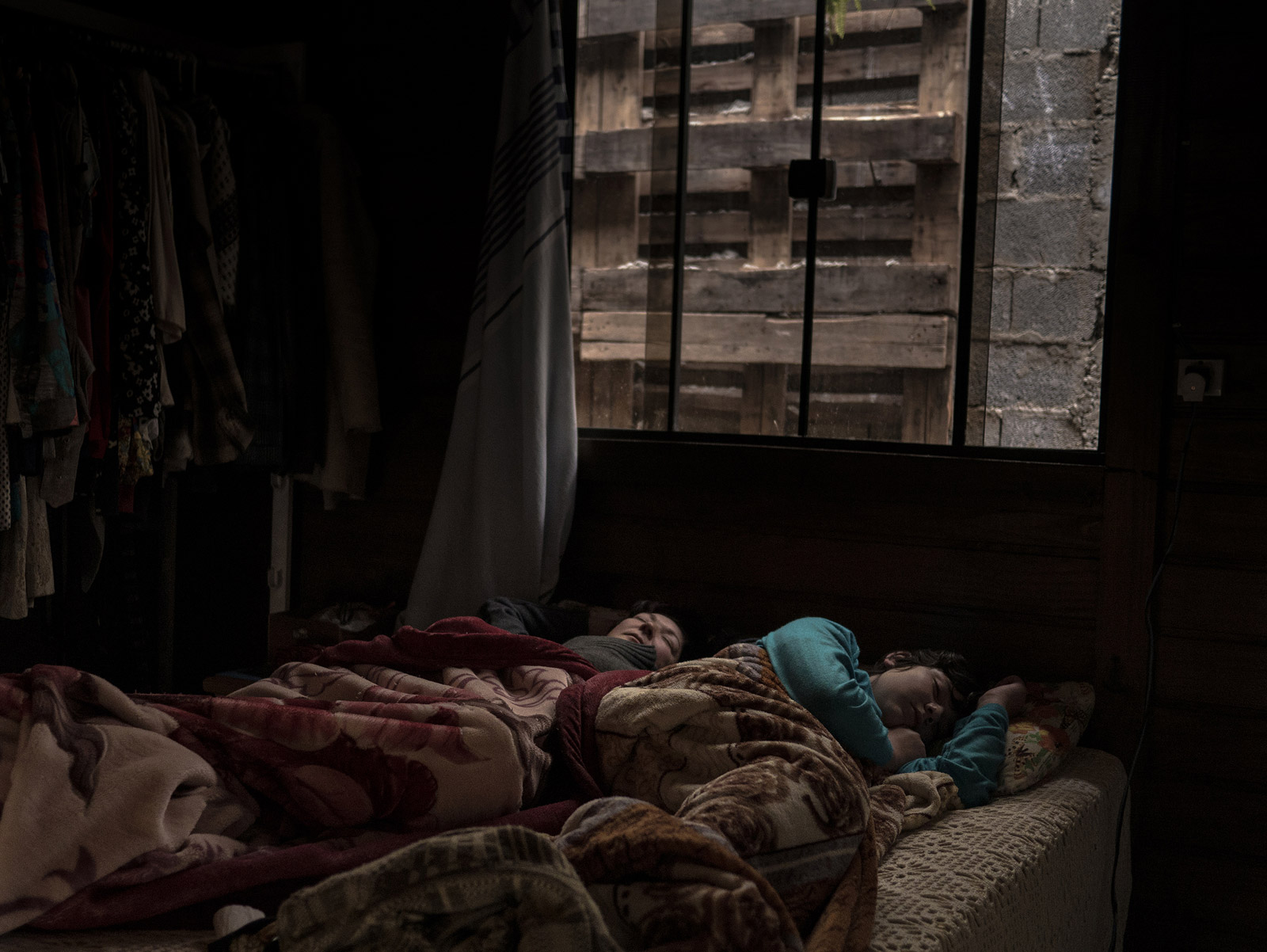 Lanave said her mother is a strong and expressive person who is not shy about anything and likes to be in front of the camera. She studied theater until she was 20, before she worked in a clothing store and then as a nurse.

“Today she takes care of her house and the garden,” her daughter said. “Taking care of the garden is something that she loves, it’s like a therapy for her.” She also recently started a theater course. 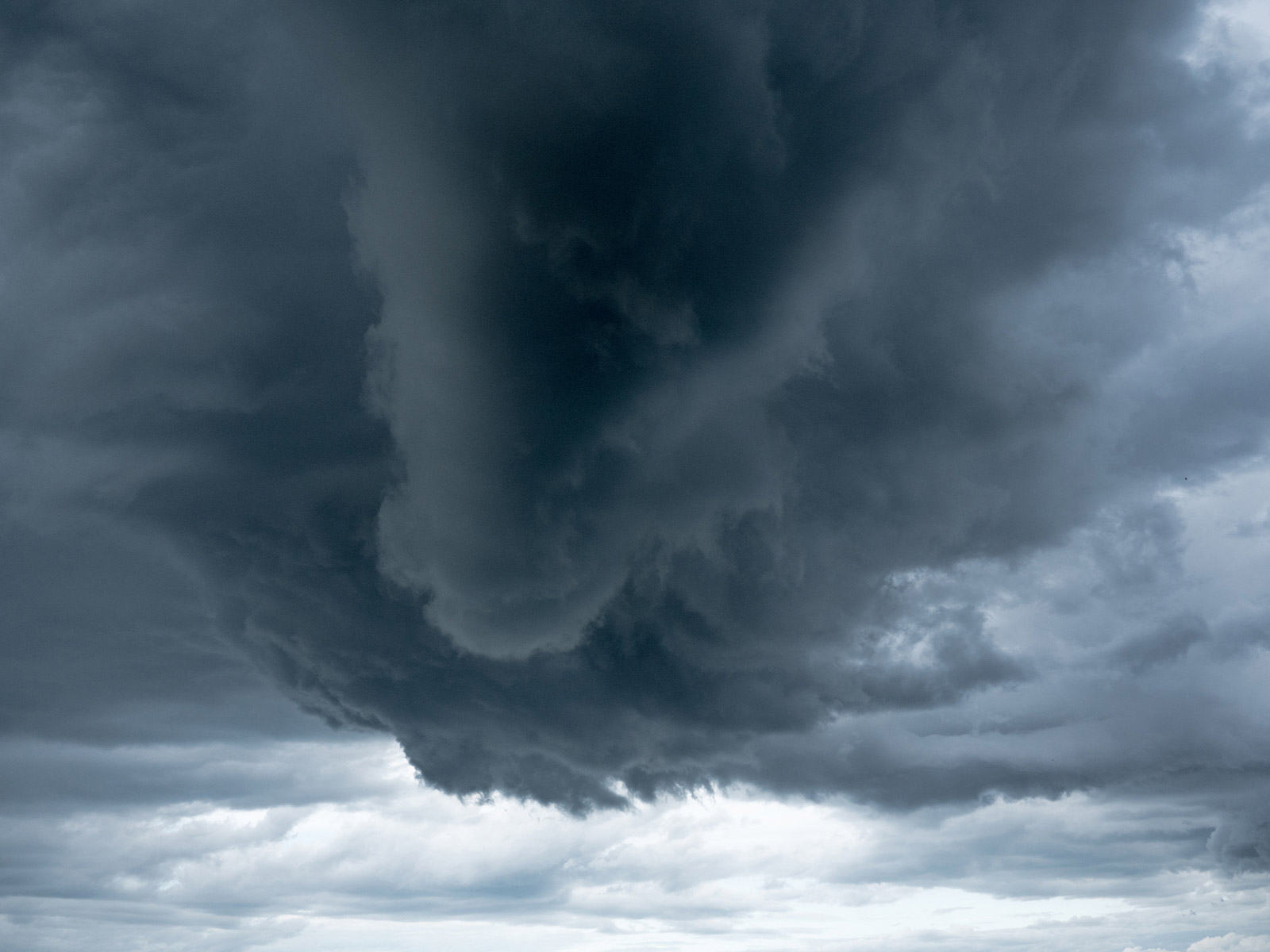 Lanave took this photo after she found a poem that her mother wrote about black clouds in the sky. “It isn’t my sky,” Fatima wrote.

Lanave hopes the photo project will shine more light on mental illness, which she says can still be something of a taboo subject. Even in her extended family, she said, it could be difficult to have a serious conversation about the topic.

Working on the project has also given Lanave a fresh perspective on her mother’s struggles. Instead of rebelling against the reality of her mother’s situation, Lanave has started to accept that “this is how things are,” and from there two are working on improving their relationship and how they communicate. 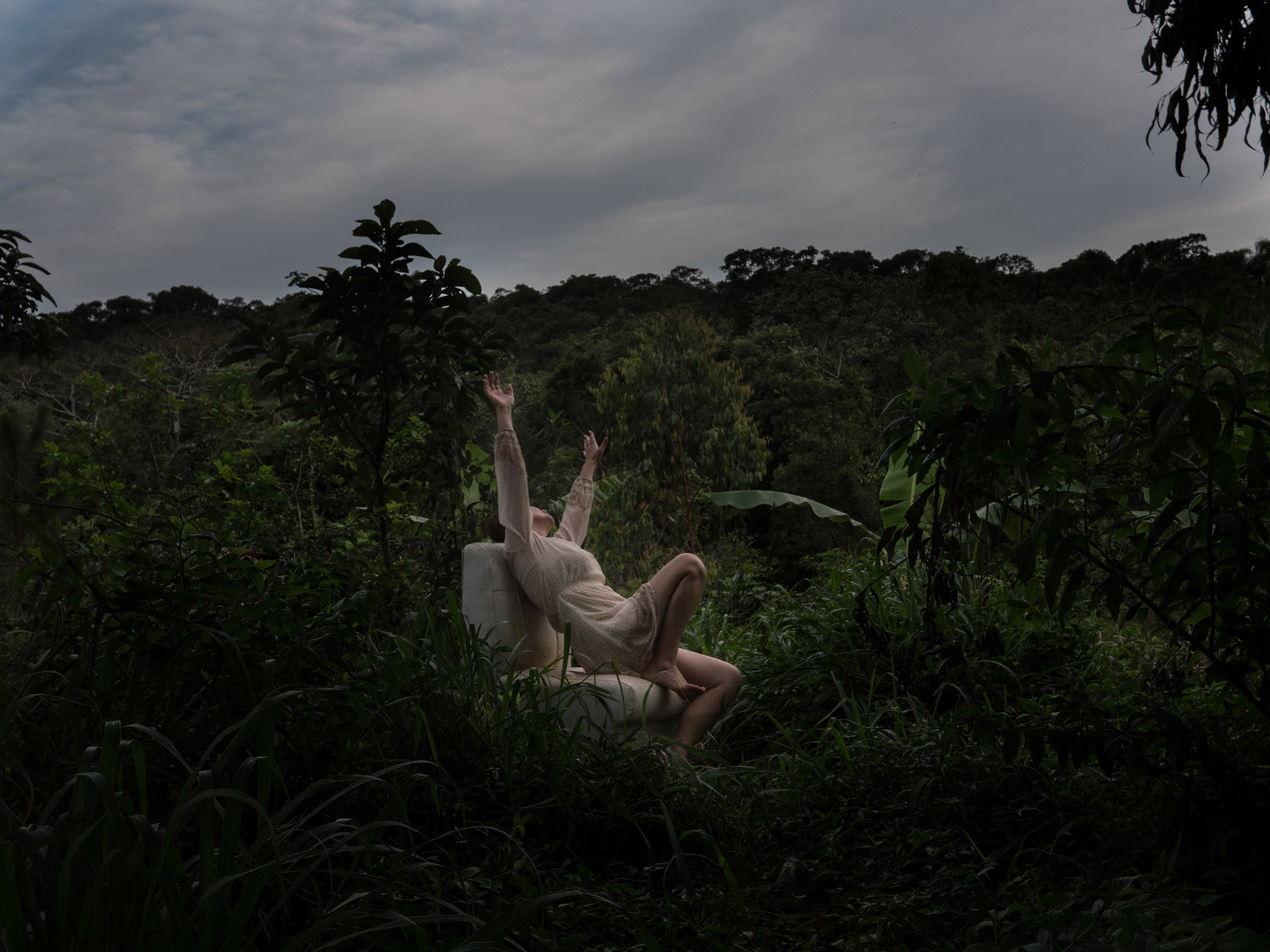 Fatima poses for a photo in a neighborhood forest.

Lanave now calls her mother “an inspiration” for enduring everything she has while still keeping her expressive personality.

“Talking about what we experience every day requires courage and strength,” she said.