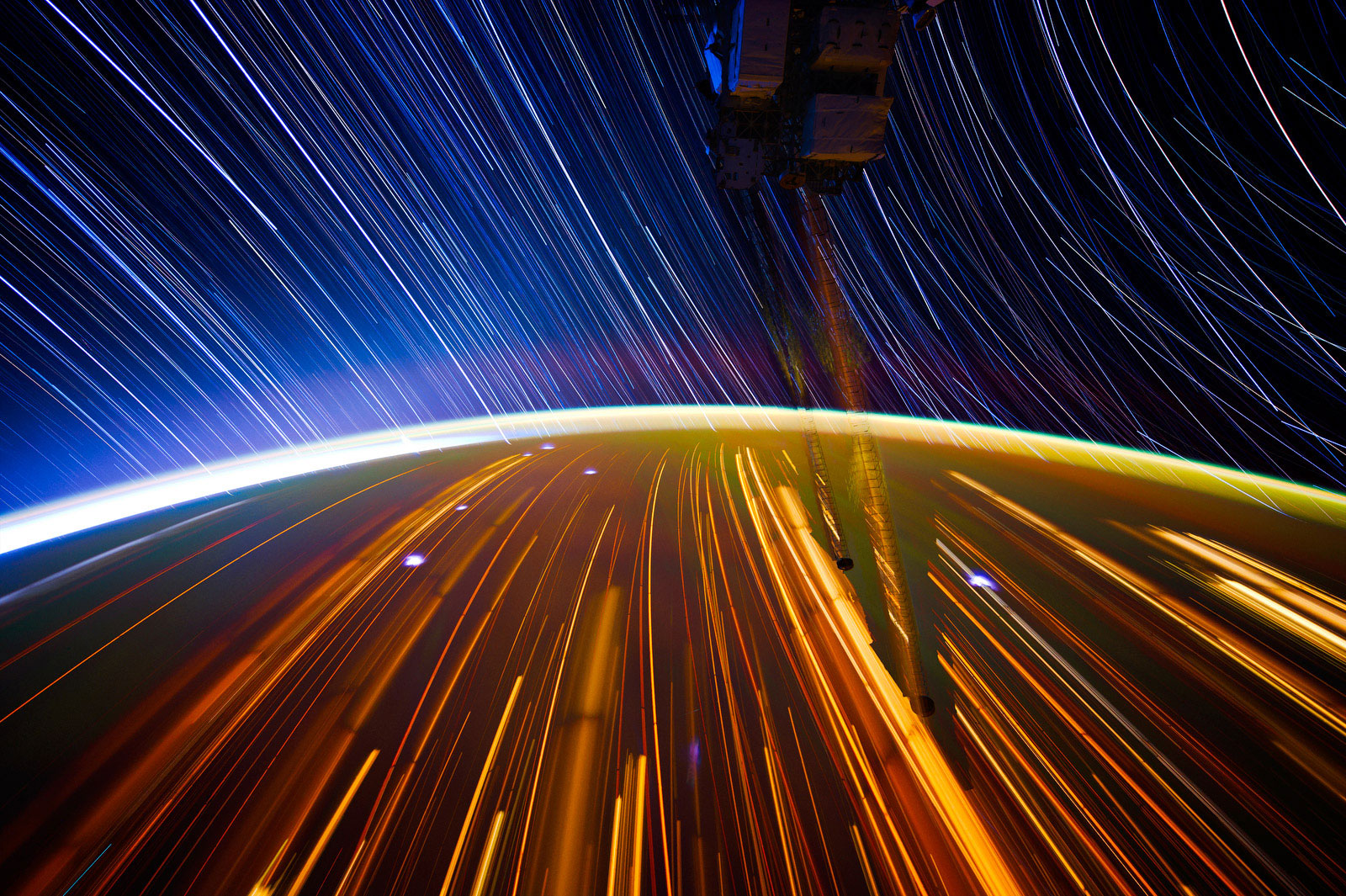 This long-exposure photo was taken from the International Space Station as it orbited Earth. At the top are stars. At the bottom is Earth, with cities lit up at night. The white spots are thunderstorms.

This long-exposure photo was taken from the International Space Station as it orbited Earth. At the top are stars. At the bottom is Earth, with cities lit up at night. The white spots are thunderstorms.

With three space missions under his belt — and more than a year aboard the International Space Station — NASA astronaut Donald Pettit has experienced something that very few humans have.

And he believes it is his duty to share his stories with everyone.

“If you go someplace and do something and you come back and you don’t tell anyone, it's almost as if it was never done,” he said. “You have the memories, but nobody else does.”

For Pettit, a big part of telling stories is through photos. And perched on the International Space Station, with one of the greatest views in the galaxy, he was able to take breathtaking images of Earth and its atmosphere. 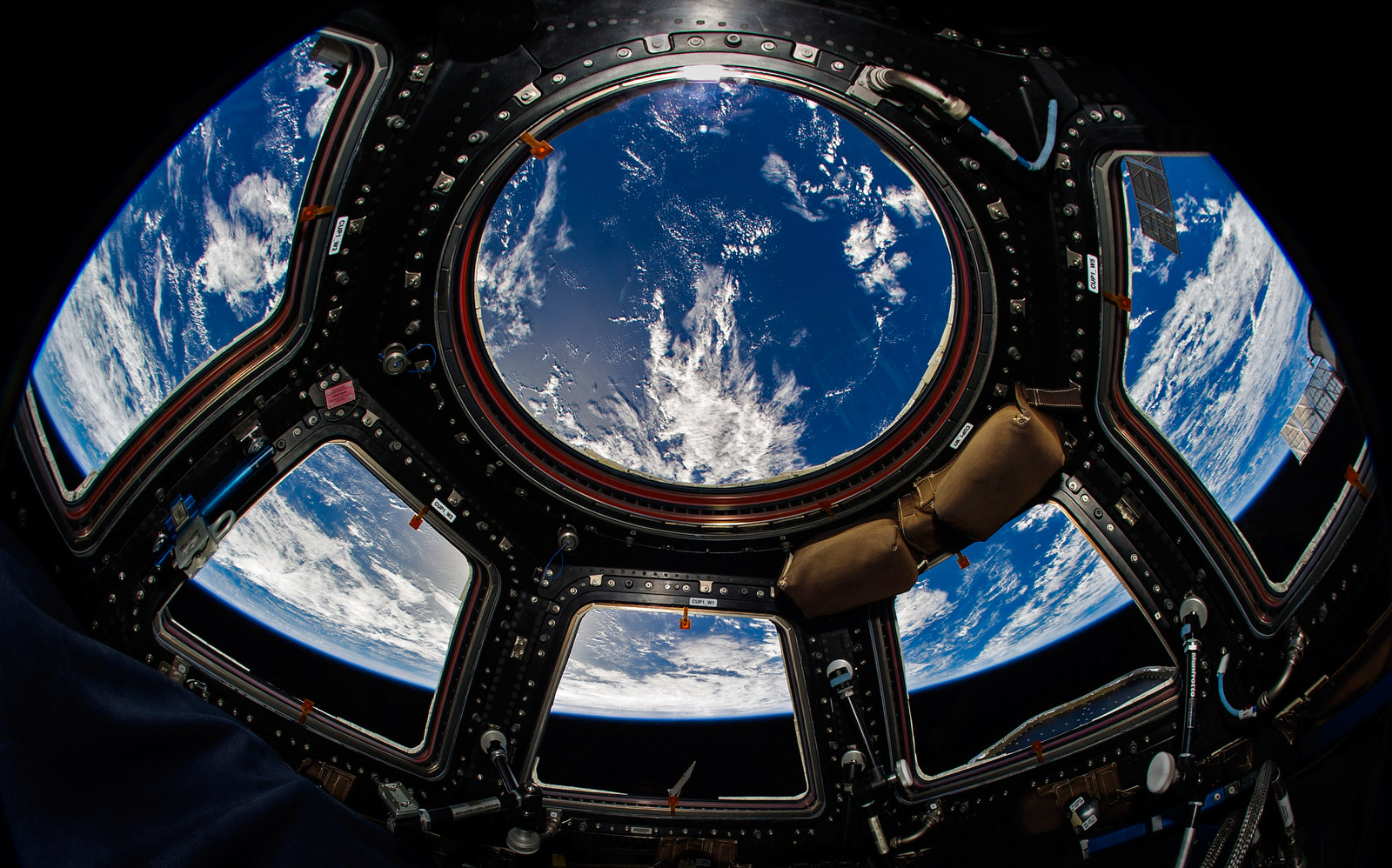 A view from the cupola of the International Space Station.

Many of Pettit’s photos look as though they belong in an art museum.

Auroras, with their swirls of green and red light, resemble a painter’s brush strokes. Stars streak across the horizon in beautiful patterns. And when you zoom in on Earth at night, city grids and their bright gold lights form fascinating shapes on a pitch-black landscape.

“To travel in space is to be awestruck, over and over and over,” Pettit explains in his book, “Spaceborne,” a compilation of his best photos and some taken by his crewmates. Over his three missions in space, he said, they took about 600,000 photos. 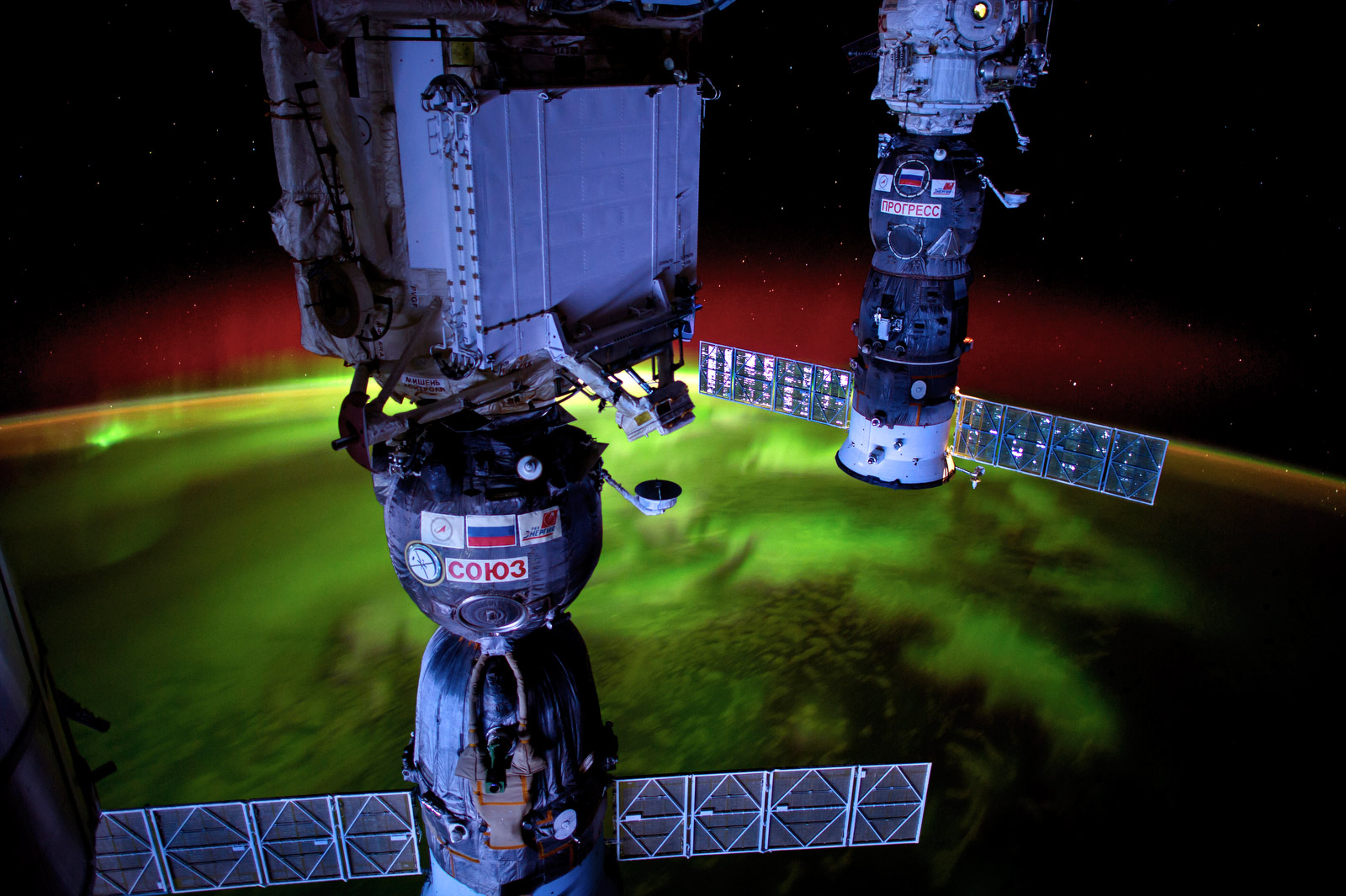 Some of the most dramatic photos can be taken at nighttime.

Aboard the International Space Station, a camera is never too far away.

“Generally each crew member has their own camera that they can use at their discretion and they can set it up the way they like. And then the rest of the cameras are staged by the windows,” Pettit said. 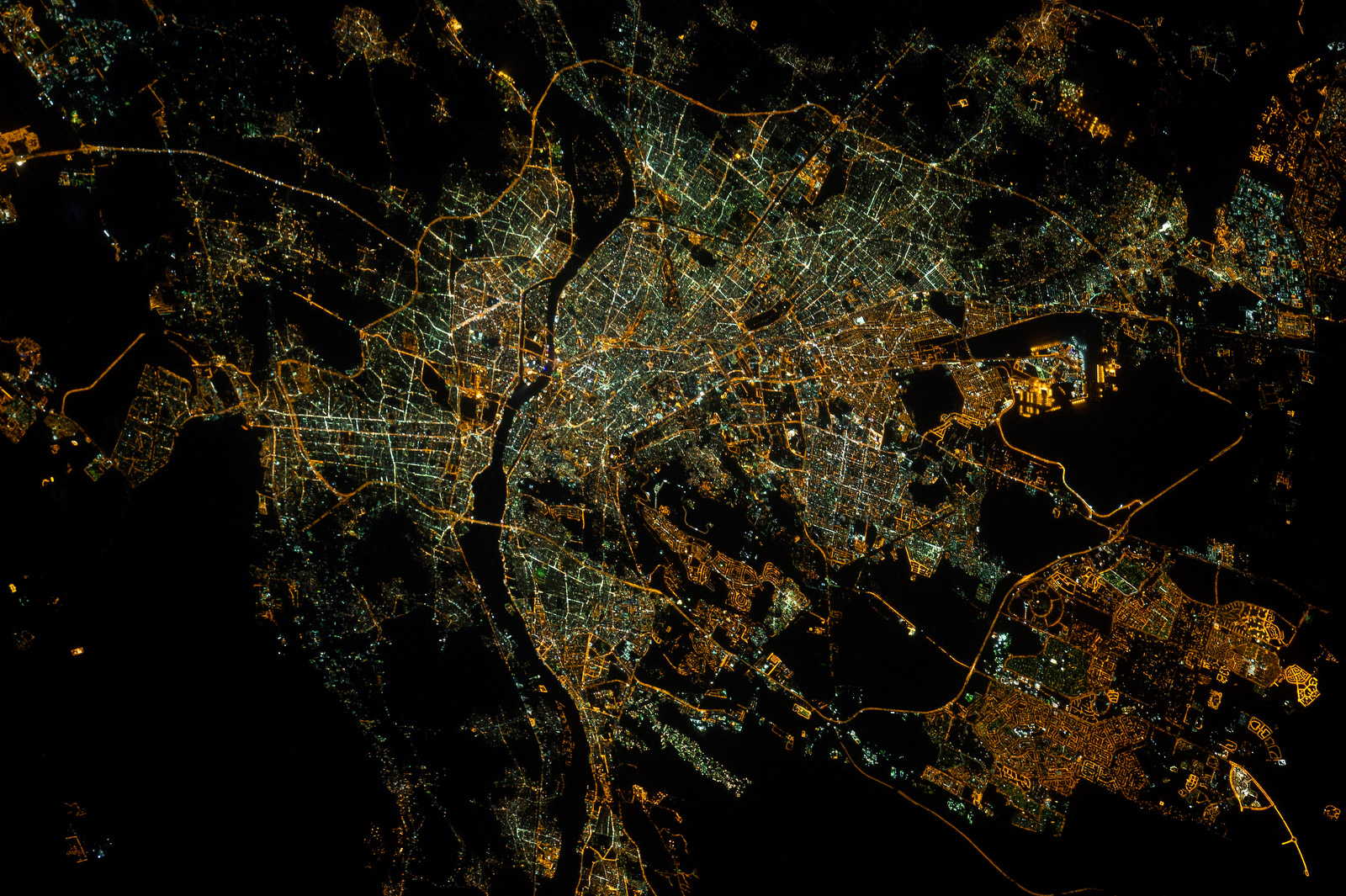 The Egyptian city of Cairo, as seen from orbit.

Preparation is key. When a thunderstorm occurs on Earth, or maybe an erupting volcano or some other kind of unpredictable event, there’s no time to change lenses.

“You have maybe three or four seconds to get that shot, or your orbital position will change and it won’t be the composition you really wanted,” Pettit said. “So you have to be ready. We never turn our cameras off, and if you have a (memory) card that's getting full we'll change it out. We'll make sure the batteries are fresh. If you need a camera, you just grab the camera off the Velcro tab it's stuck on and start shooting.”

Lining up the perfect shot can be tough when you’re confined in a small space and limited by where the windows are located. It’s not like you can just move an extra few feet or stop the space station’s orbit. 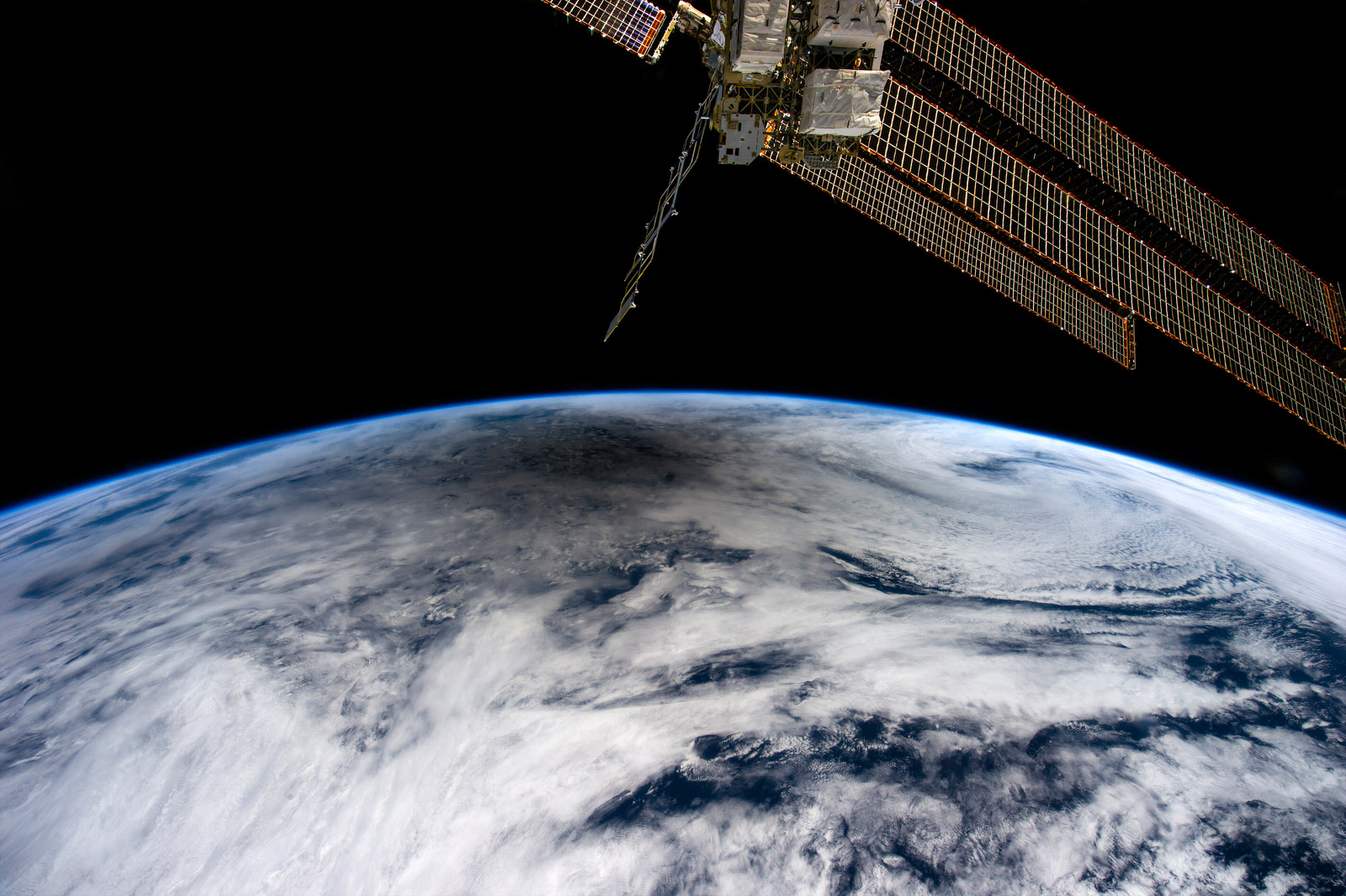 This photo shows an annular solar eclipse off the eastern coast of Russia’s Kamchatka Peninsula in May 2012.

Exposure is another challenge. “The brightness ranges are wider than what you're used to on Earth, simply because you're exo-atmospheric and the sun is really, really bright,” Pettit said.

Forget about shooting automatic. The camera’s algorithms are designed for lighting on Earth, Pettit said, and they’re easily fooled when the extreme black of space is in the same shot with the extreme white of Earth’s clouds. 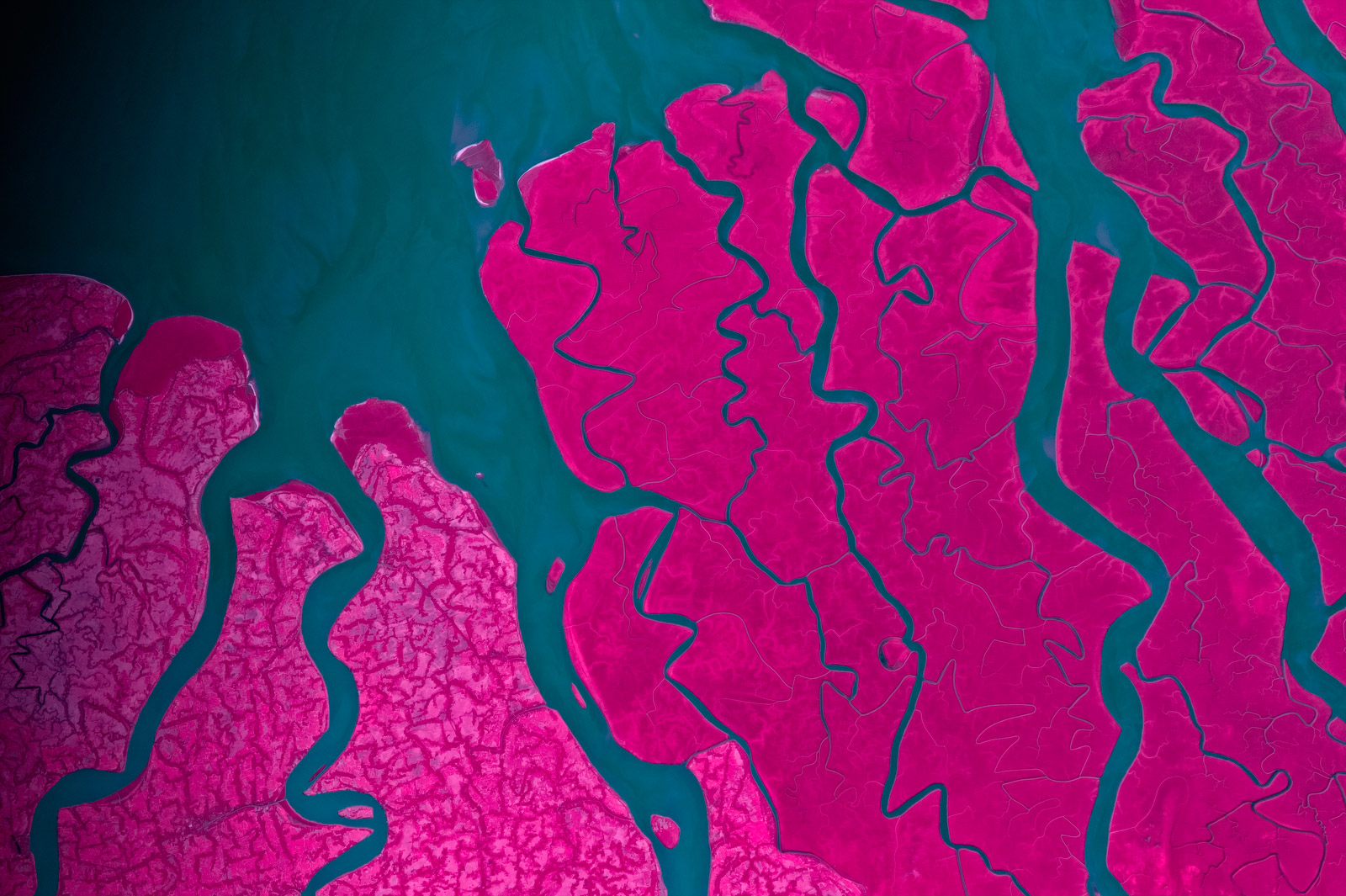 An infrared photo of the Ganges River delta in India.

After three trips to space, Pettit has become an expert on taking photos in space. He has even written an in-house guide for other astronauts to follow.

Typically, astronauts aboard the space station work 12-14 hours a day, five days a week, Pettit said. On Saturdays, they work 6-8 hours, and then they have Sundays off duty and are able to do whatever they like to relax and recharge. Some use this time to send emails or watch movies or, like Pettit, take more photos.

Photography has been a passion of Pettit’s since he was a child.

“I started off with one of those Kodak Brownie cameras,” he said. “I think I shot 127 film, and I spent all my allowance on film. And then Mom and my older brother had a dark room, so they taught me how to develop the film and then I'd print it.” 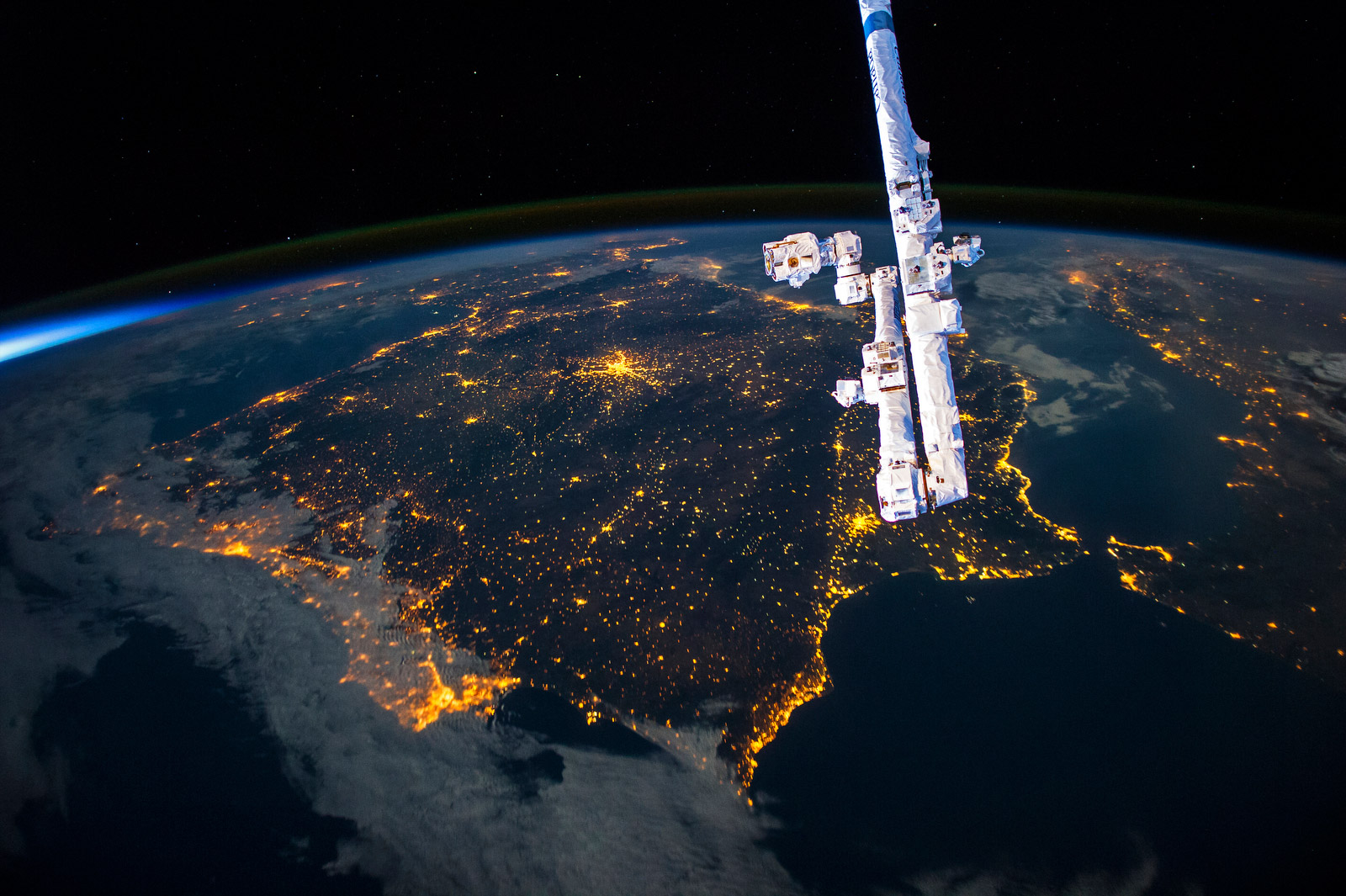 Spain and the Strait of Gibraltar are seen at night.

His favorite shot from space is the one of star trails at the top of this story. It’s also the cover of his book.

Star trails are long-exposure shots — up to 30 minutes long for Pettit — and they’re chock-full of cool scientific phenomena. 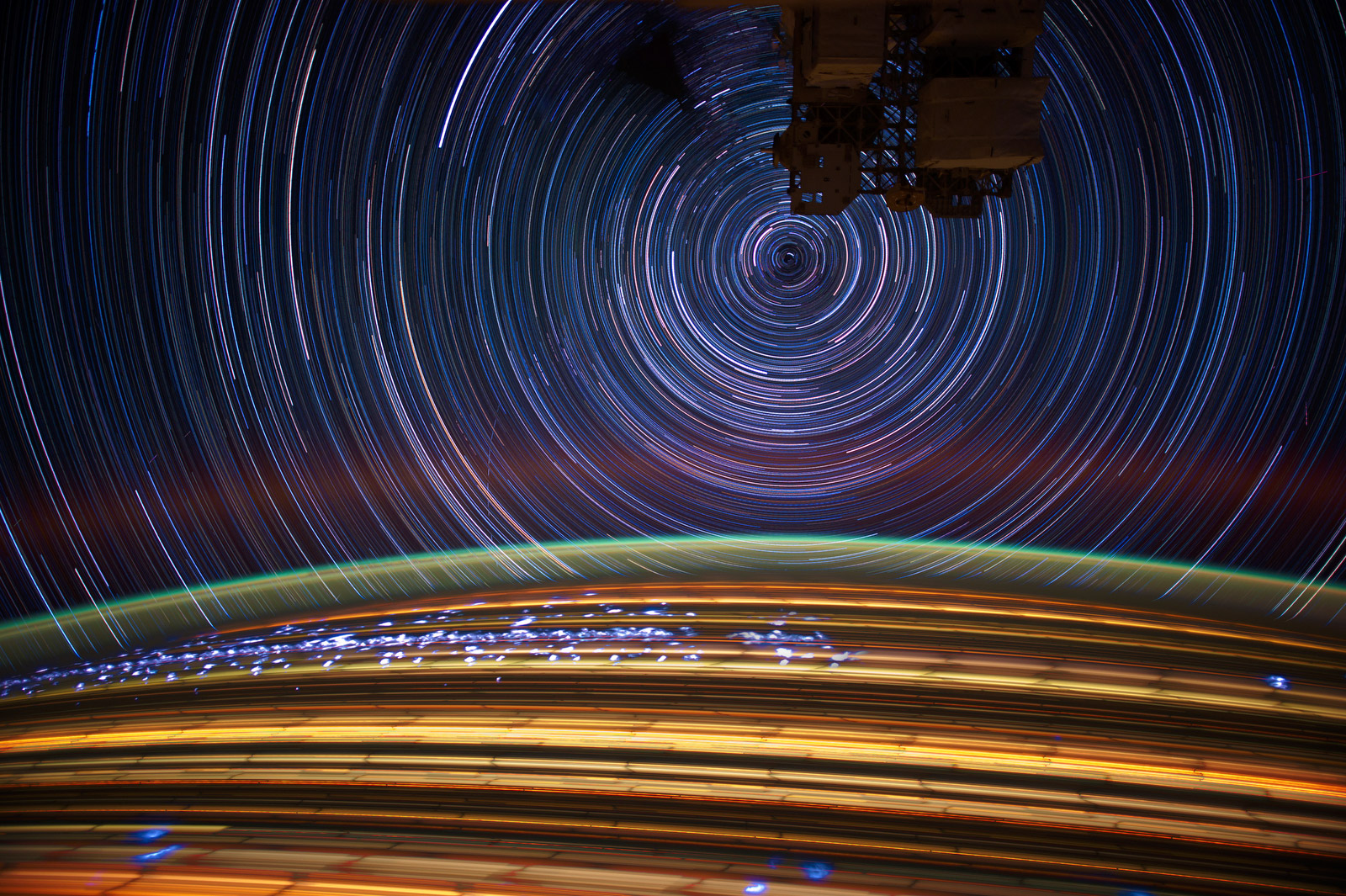 This long-exposure photo was taken from the International Space Station as it orbited Earth.

When he’s not in space, Pettit works at the Johnson Space Center in Houston, assisting the crews who are on the space station. He spends about 30 hours a week honing his astronaut skills — underwater spacesuit training, simulator runs and the like — so he’s ready to go back to space if called upon. And of course, he’s always happy to share his stories with the public.

Last summer, he spoke at an eclipse event in his home state of Oregon.

“I've been able to photograph two total solar eclipses from orbit, and I just saw my first total eclipse from Earth,” he said. “Now I've completed the whole circle.” 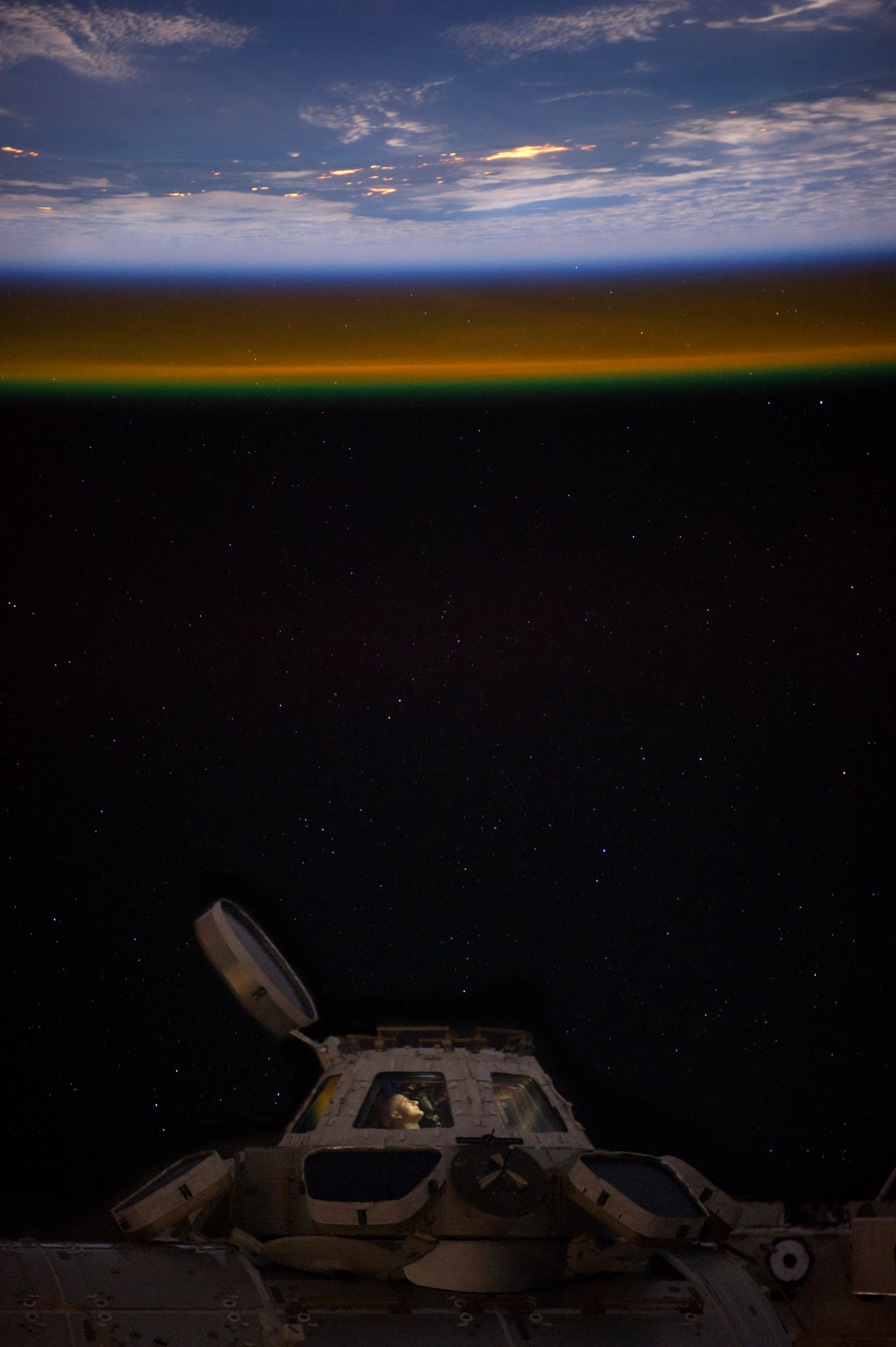 Pettit peers out of the space station cupola.

Donald Pettit is a NASA astronaut who works at the Johnson Space Center in Houston. He has logged 370 days aboard the International Space Station. Some of his best photos from space are compiled in his book, “Spaceborne.” Follow him on Facebook and Twitter.