Brought to you by CNN Global Projects

A journey to a continent in distress

The Antarctic is the planet’s last true wilderness. Its rugged landscape is almost terrifying, yet utterly intoxicating.

Nature rules here; it is the sort of place that reminds you of how small you are. But if you look carefully enough, there are signs that human activity is harming one of the planet’s most remote ecosystems.

The wildlife here can be adorable or awe inspiring, but it is also under threat. And so too is this region’s ability to offset our carbon dioxide emissions and regulate our planet’s temperature.

CNN accompanied Greenpeace to Antarctica in March, for the last month of its campaign to raise awareness about the need to protect the Antarctic’s waters.

Throughout that voyage, we learned how the changes that happen here could have a colossal impact on the planet.

Antarctica covers around 5.4 million square miles, making it bigger than Europe. The Transantarctic Mountains divide it into the eastern and western regions.

Climate change has had a huge effect on parts of the continent. While East Antarctica hasn’t seen widespread warming, temperatures on the Antarctic Peninsula have increased by up to 3.2C in the last 60 years – that’s around 10 times the global average.

Temperatures are also rising beneath the surface of the Southern Ocean. Last summer, Chilean scientists logged a water temperature rise of 3C off the Antarctic Peninsula.

Warmer temperatures mean that Western Antarctica’s ice sheet has been losing mass; some ice shelves have collapsed and some glaciers are retreating. Although partly offset by increased snowfall, scientists fear this ice loss could be a major contributor to global sea-level rise.

The Southern Ocean that surrounds Antarctica performs a vital service for the planet by absorbing heat and CO2. In all, the Earth’s oceans absorb and store about a third of our carbon emissions, and the Southern Ocean is responsible for about 40 percent of that.

But when CO2 dissolves in the ocean it makes the water more acidic. That acidification especially impacts keystone creatures within the food chain, which could in turn affect the animals that eat them -- and, as scientists are discovering, affect all of us.

This small shrimp-like crustacean is part of an ocean ecosystem that helps sequester carbon. Near the ocean surface, phytoplankton -- microscopic marine algae -- take CO2 from the atmosphere. When they are eaten by other creatures, including krill, that carbon eventually ends up on the ocean floor, where it can be sequestered for millennia.

In these icy depths, the richness and diversity of life and its functions has scientists in awe. Research on these organisms, including sponges and bryozoans, is still relatively new, but it shows that they are also helping to capture and store carbon.

Researchers with the British Antarctic Survey recently discovered another way that krill help sequester carbon. They found that krill swarms move down within the water column to depths of up to 2,000m. Once they have gorged on phytoplankton, they sink.

This means that their carbon-rich fecal pellets are released at the bottom of the swarm which gives it a much better chance of reaching depth. Researchers say this behavior alone could sequester as much carbon as annual UK residential greenhouse gas emissions.

Krill are present in vast numbers in the Southern Ocean, but some studies show that their numbers have declined in recent decades. Sea ice is important to the survival of krill larvae, and they may be impacted by a loss of sea ice in the parts of the ocean where they thrive.

While fishing for Antarctic krill has fallen since its peak in the 1980s, there’s been a recent revival to service a growing demand for dietary supplements containing omega-3 fatty acids, and to provide feed for fish farms.

Krill fishing is highly regulated in the Southern Ocean but it occurs in areas that are also feeding grounds for whales, seals and penguins. Because krill is a keystone species for the Antarctic food web, a sustained fall in krill numbers could have a significant impact on the many animals that feed on it.

Chile and Argentina have proposed creating a buffer zone that would ban all fishing close to the Western peninsula. Germany has put forward a similar proposal for the Weddell Sea, which would create the world’s largest ocean sanctuary, bigger than the existing Ross Sea protected area at the south of Antarctica.

Watch to learn why krill are so crucial

Microplastics are pieces of plastic that have been worn down by the elements into tiny fragments, smaller than 5 millimeters.

You might think that Antarctic waters would be free of plastic pollution but Chilean scientists have found microfibers in the digestive tracts of Antarctic clams. They are trying to determine if these plastics are a byproduct of human activities in Antarctica, but the researchers suspect they originate from elsewhere.

Last year, British Antarctic Survey revealed that recorded levels of microplastics in the Southern Ocean are five times higher than would be expected to come from just local research stations and ships, although the source is not yet known.

On this expedition, Greenpeace took eight seawater samples: seven were found to contain microplastics and fibers.

Greenpeace also tested snow and water samples for toxic compounds known as PFAs -- chemicals used in stain and water-repellent outdoor gear, as well as in food packaging. All the samples tested positive for PFAs, some of which Greenpeace say have been transported globally through the air and deposited in the Antarctic during snowfall.

Why you should care

Its icy landscape may look like an unspoiled wilderness, but the truth is that mankind’s footprint looms large across Antarctica. We still have much to learn about it, but science is revealing just how vulnerable this remote continent is to the actions that humans take half a world away.

And we are discovering that just as Antarctica’s future is dependent on us, we are reliant on it for our own survival. Our lives are intimately linked to this ecosystem at the end of the earth. 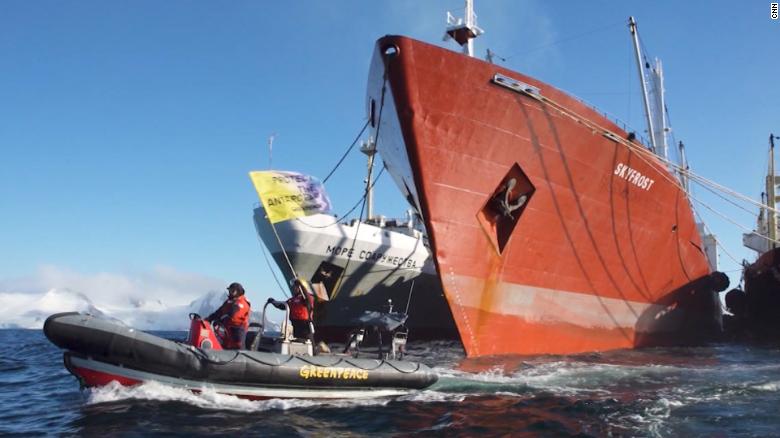 Greenpeace operation to protect the Antarctic 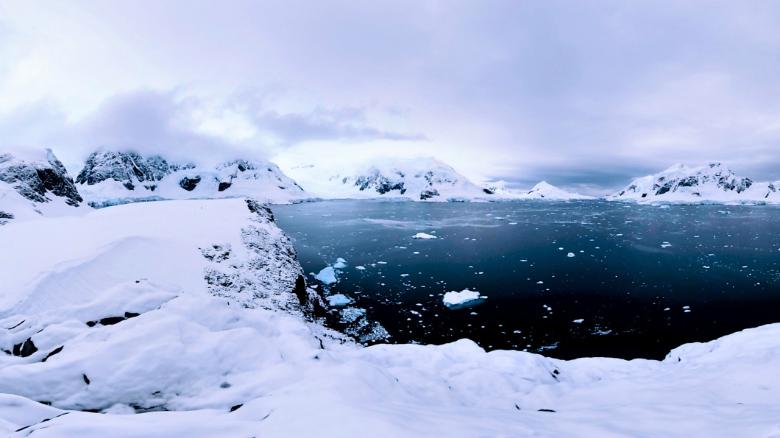