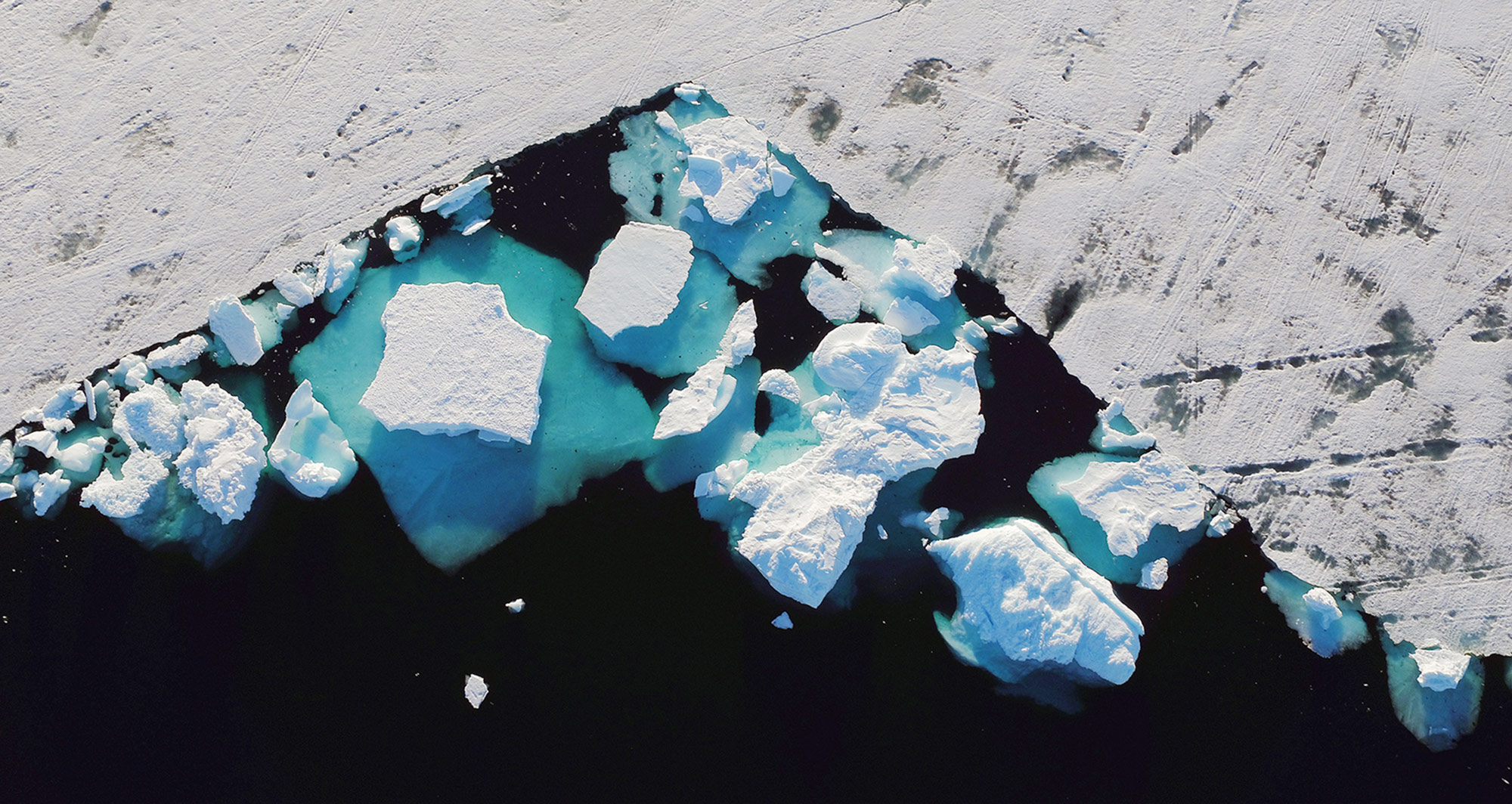 What it’s like at the ground zero of climate change

It’s not easy to photograph climate change, a slow, subtle process that develops over time.

But when a glacier breaks up, the images can be breathtaking — and a sobering reminder of the trouble we are in.

Reuters photographer Lucas Jackson managed to document one of these moments when he was in Greenland with scientists in 2018.

“They said the mass of that ice was the equivalent of Lower Manhattan from roughly 34th Street all the way down,” Jackson said.

After seeing such a massive chunk of ice rumble into the sea, Jackson said he fully grasped the urgency of the issue.

“It was interesting watching that, thinking about how much ice that is from that one event — and that there's thousands of these glaciers around Greenland and that's happening constantly.”

Greenland is often considered by scientists to be ground zero of the Earth’s climate change.

The massive island is in the Arctic, which is warming twice as fast as the rest of the planet, and it is the largest contributor to the rising sea levels that could become catastrophic for coastal cities around the world. 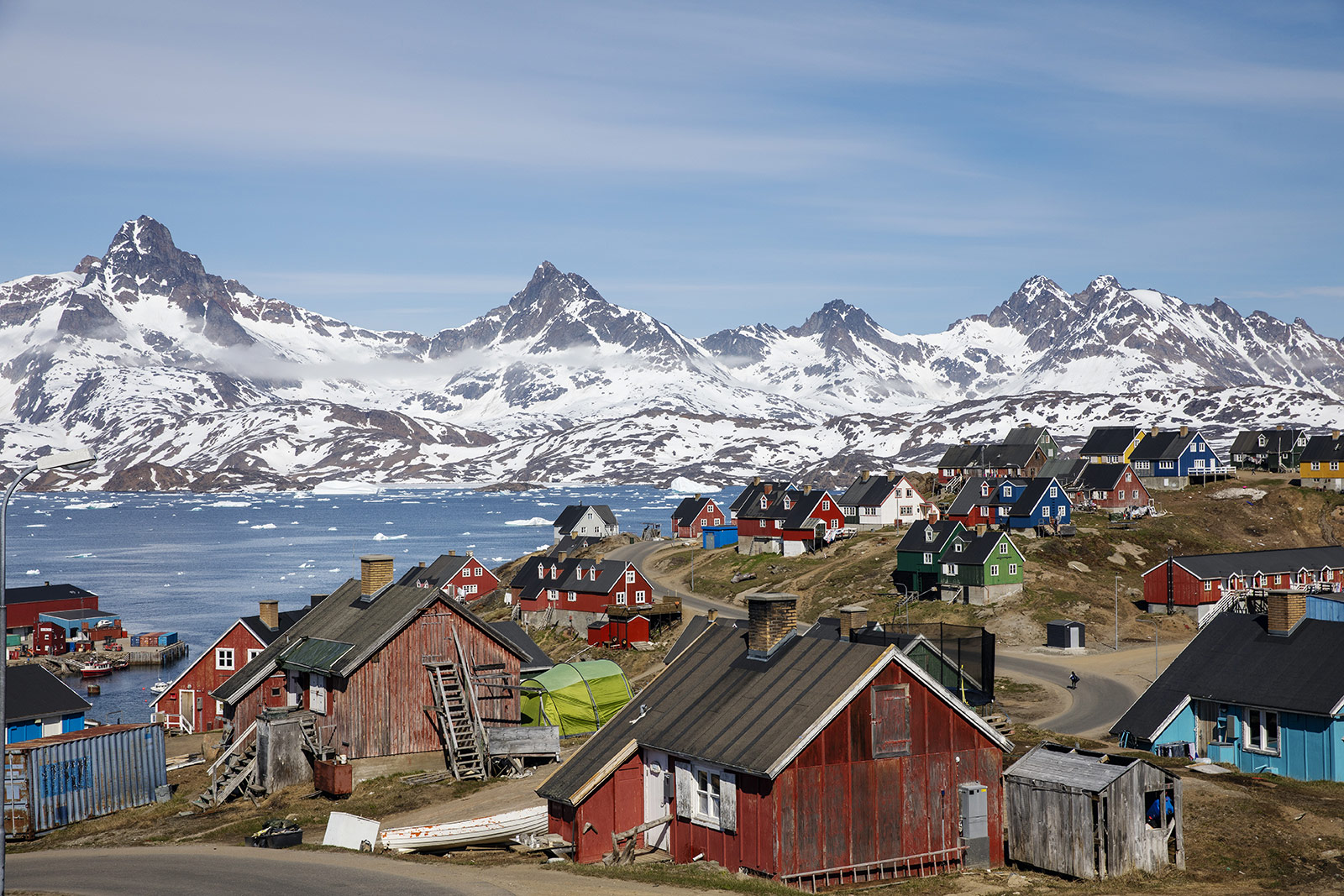 Snow-covered mountains are seen behind the tiny town of Tasiilaq, Greenland, in June 2018. 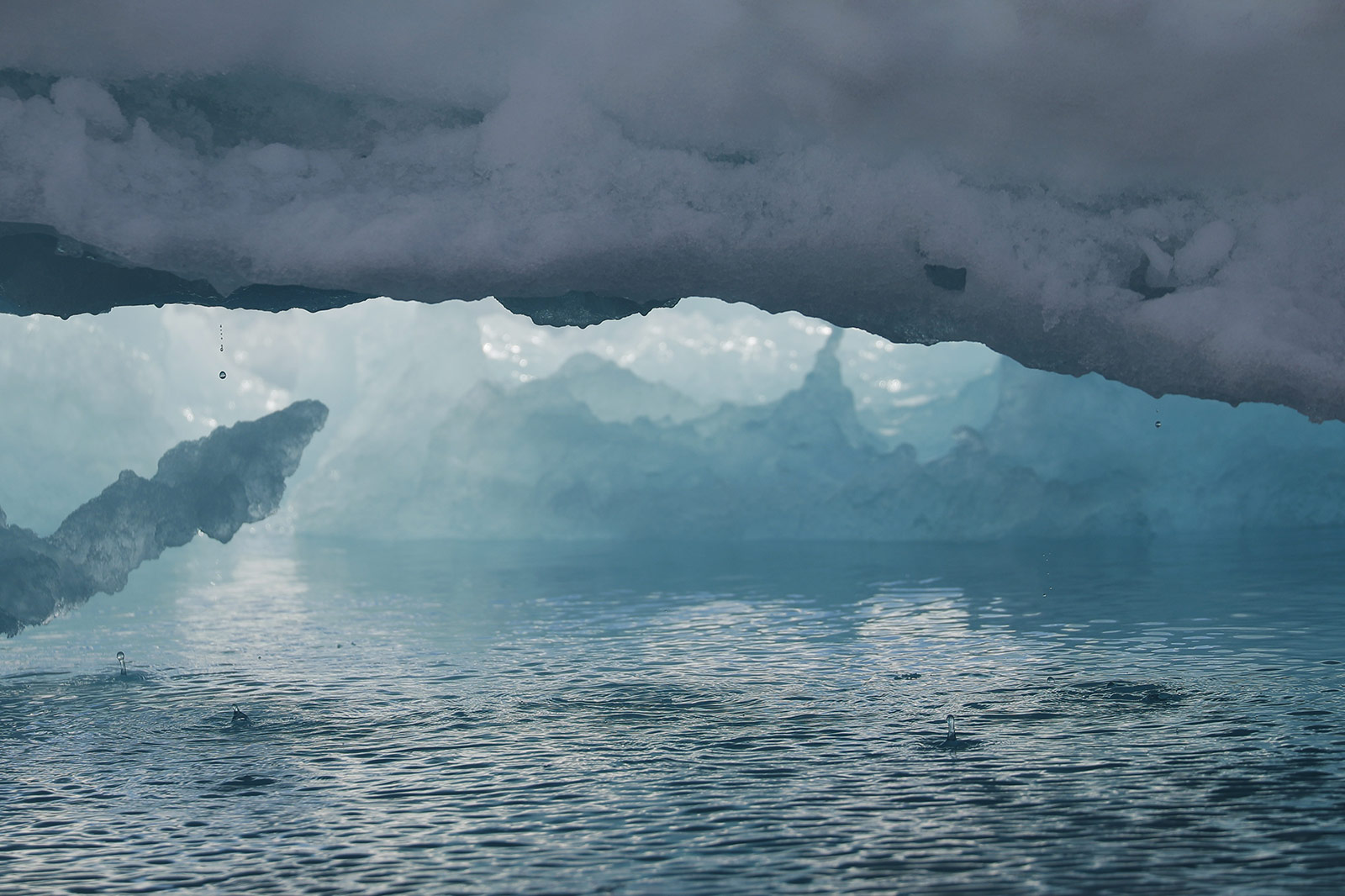 Water melts off an iceberg as it floats in a fjord near Tasiilaq in June 2018.

The average sea level has risen by about 7-8 inches since 1900, according to a major climate report released by the Trump administration in 2017. Almost half of that has happened in the last 25 years.

What will the next 100 years look like? Or the next 20? How fast will the waters continue to rise, and when will it put cities at risk? That’s what scientists are still trying to pinpoint. 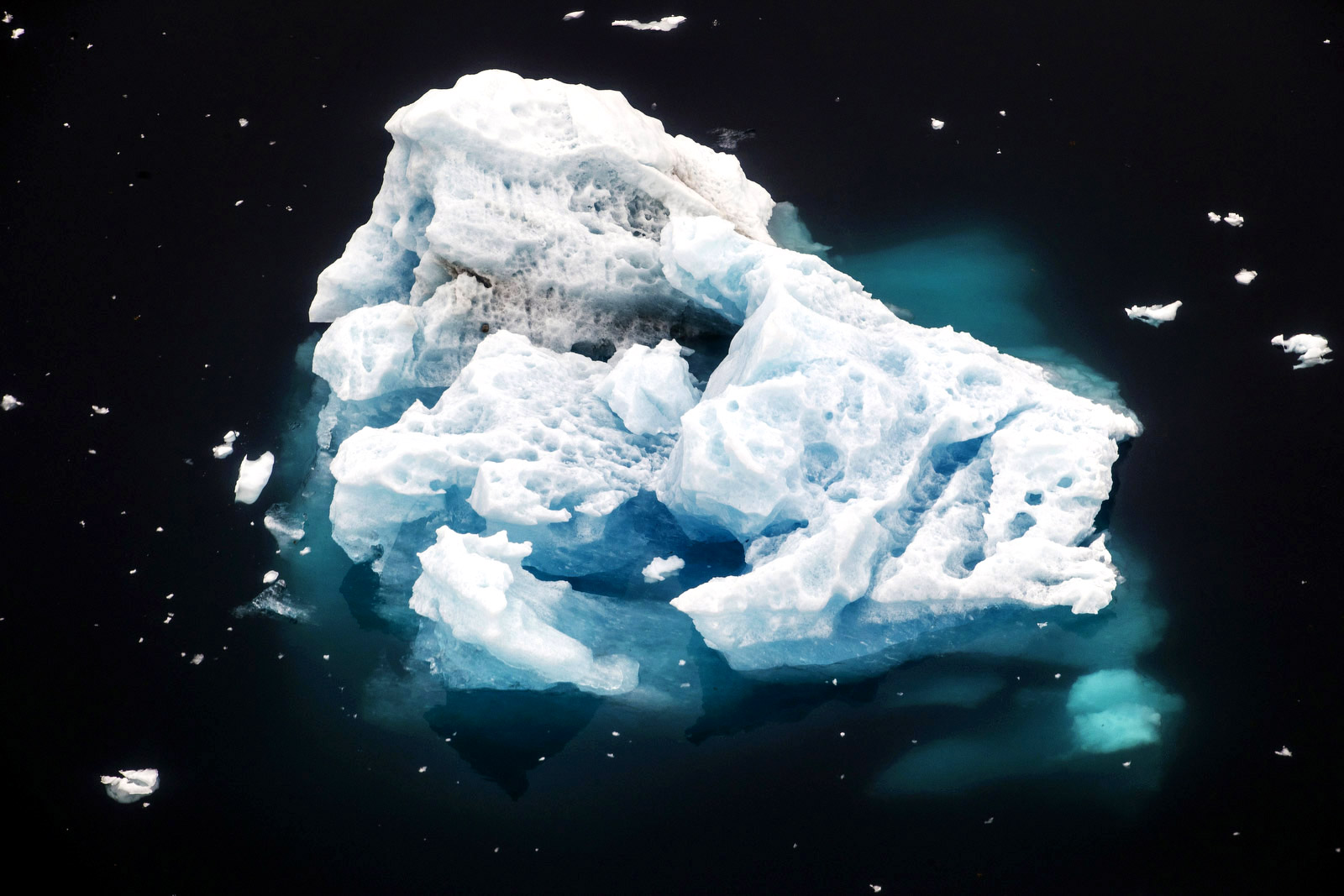 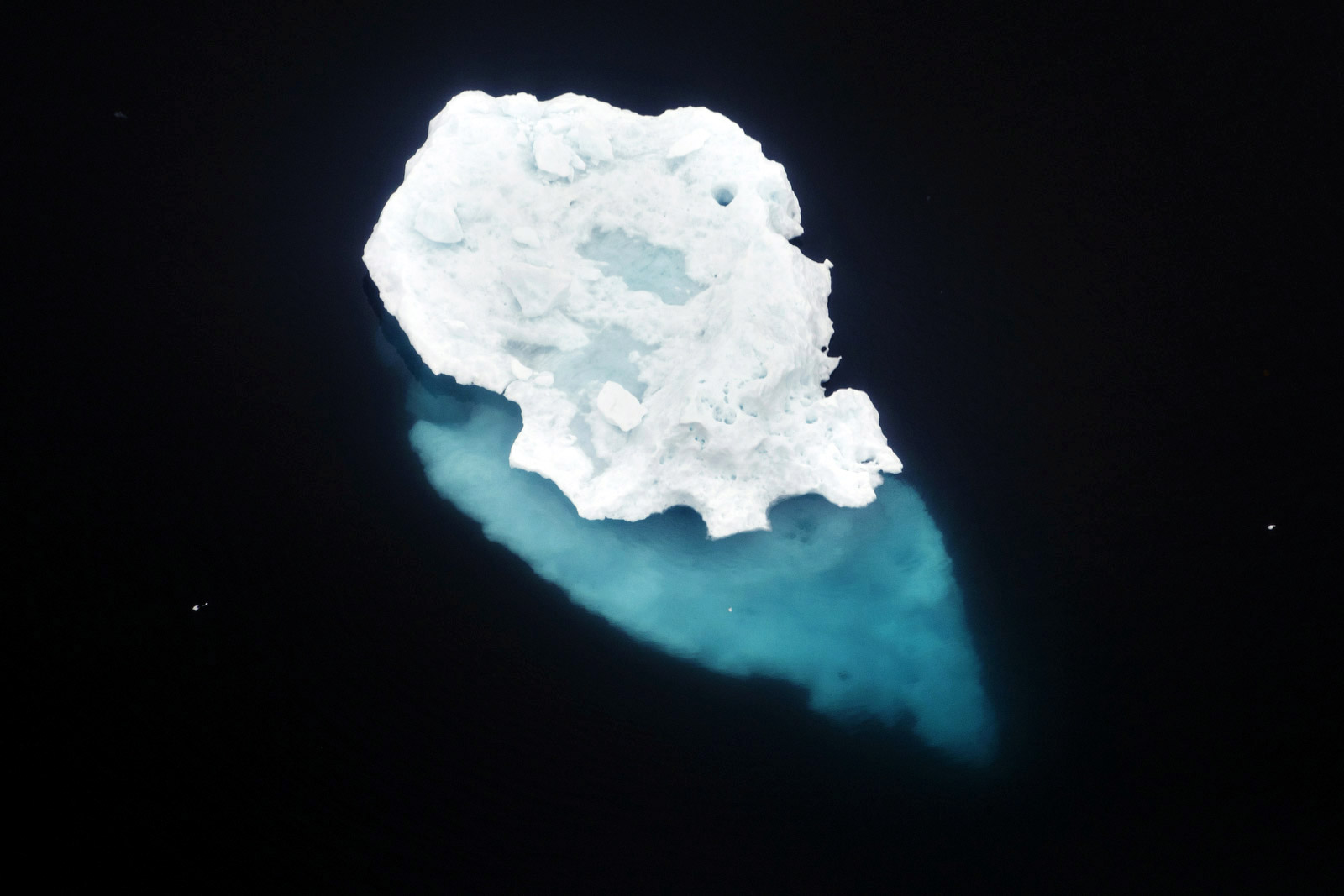 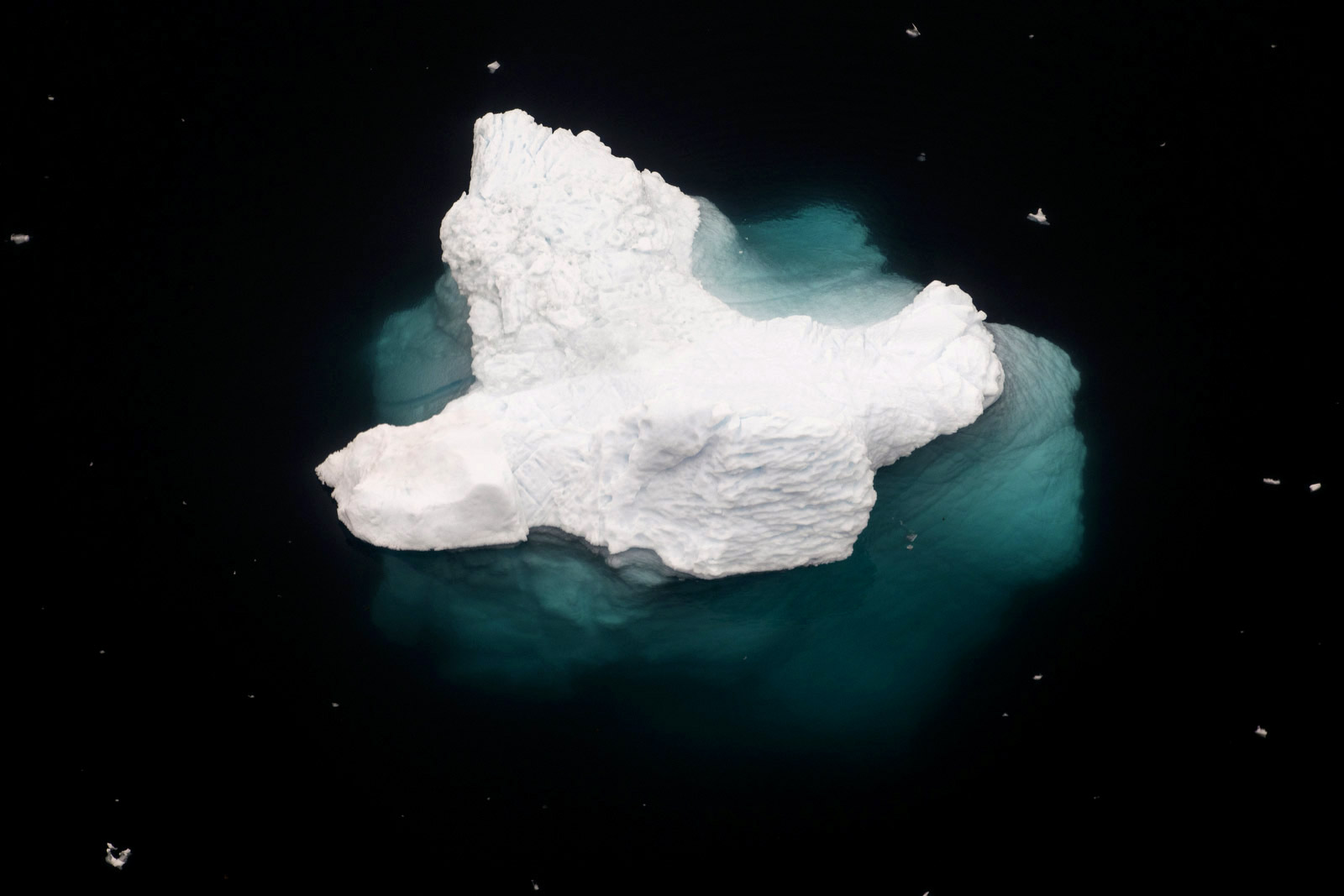 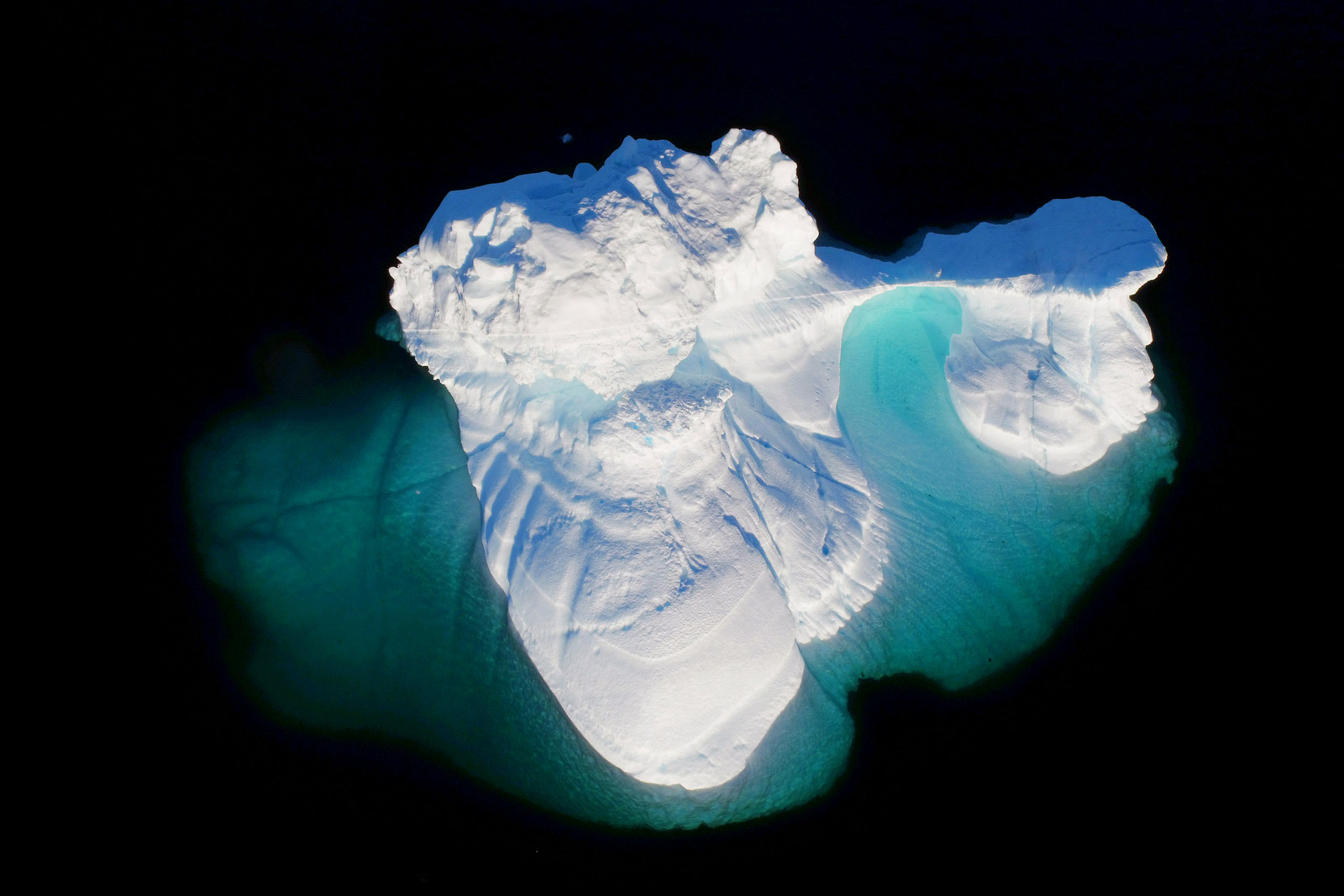 Aerial views of icebergs floating in a fjord near the town of Tasiilaq.

Before heading to Greenland, Jackson had been warned. But not about the melting ice.

“Literally every person I talked to that had ever been to Greenland said it's great except there's clouds of mosquitoes so big that you think you're going to die,” he said. “That worried me a little bit. Apparently because there's just a lot of standing water there.” 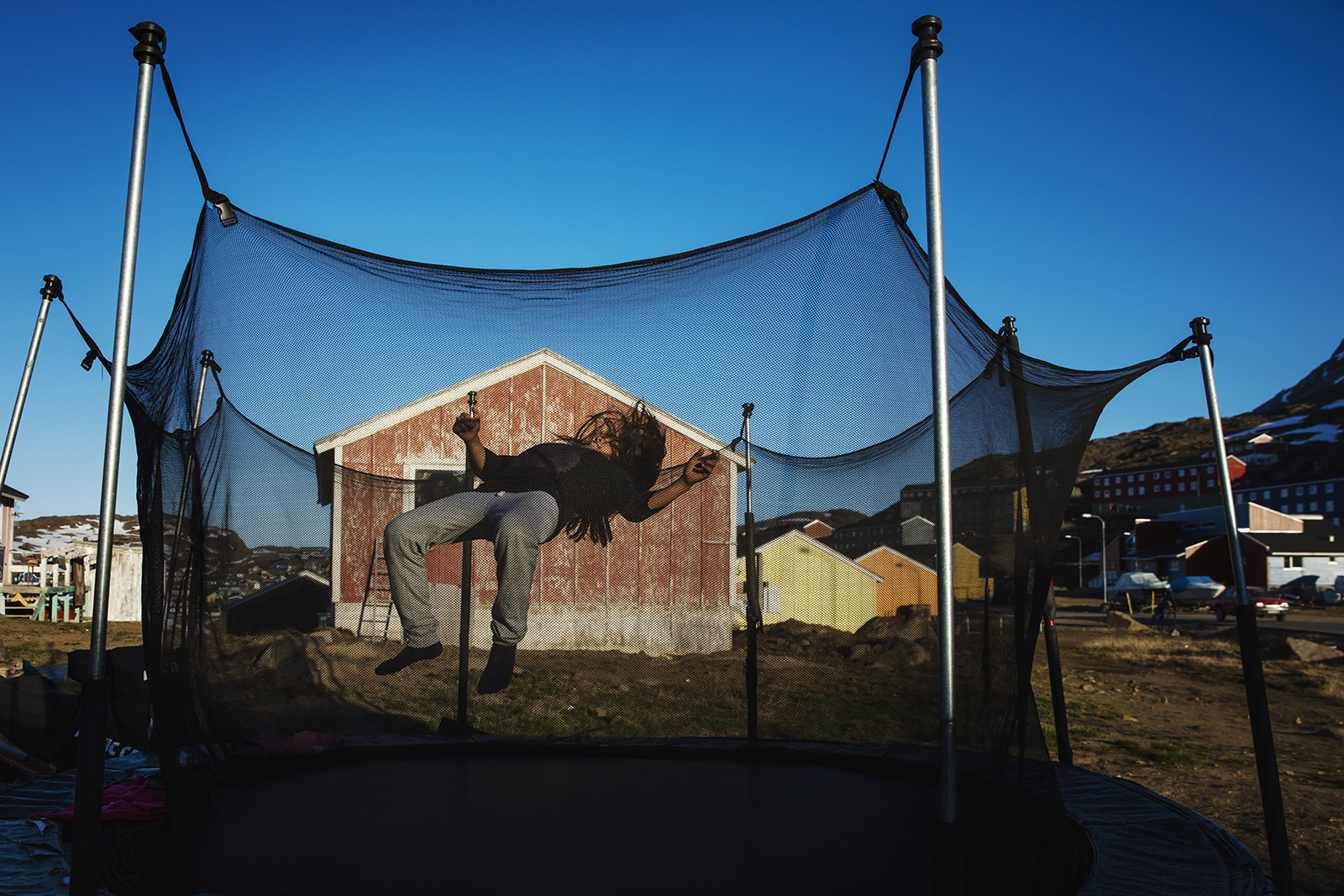 A young girl plays on a trampoline in Tasiilaq. 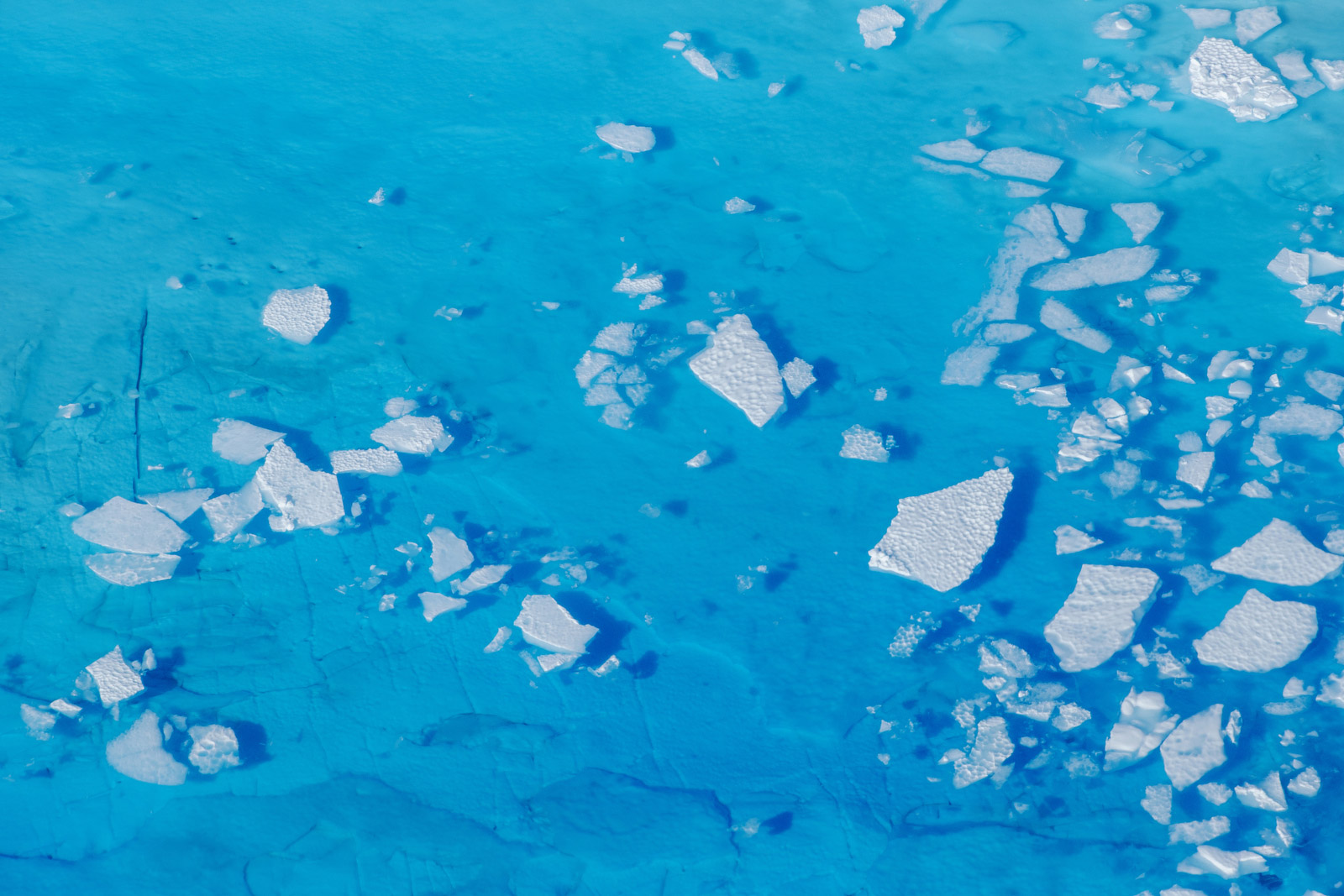 Chunks of ice float inside of meltwater pools that were on the top of Greenland’s Helheim glacier in June 2018.

Jackson lucked out because he went during the summer solstice, at the end of mosquito season. And the temperatures weren’t too cold, he said — above 30 degrees Fahrenheit mostly, dropping into the upper 20s at night.

Nights near the Arctic Circle, however, are much different than the nights that most of us are accustomed to.

“The sun would basically just kind of spin around the horizon all day, and then it would dip down for two or three hours and then come back up again,” Jackson said.

Jackson used to work in Alaska, so he came prepared.

In addition to all his camera equipment, he brought not one but two sleep masks — just in case he lost one. They’re critical, he said, to maintain a sleep schedule when the sun is rarely down.

Plus the lower sun offered some of the most dramatic light, so when many of the scientists were sleeping, Jackson would use that time to work and get some of his best shots. 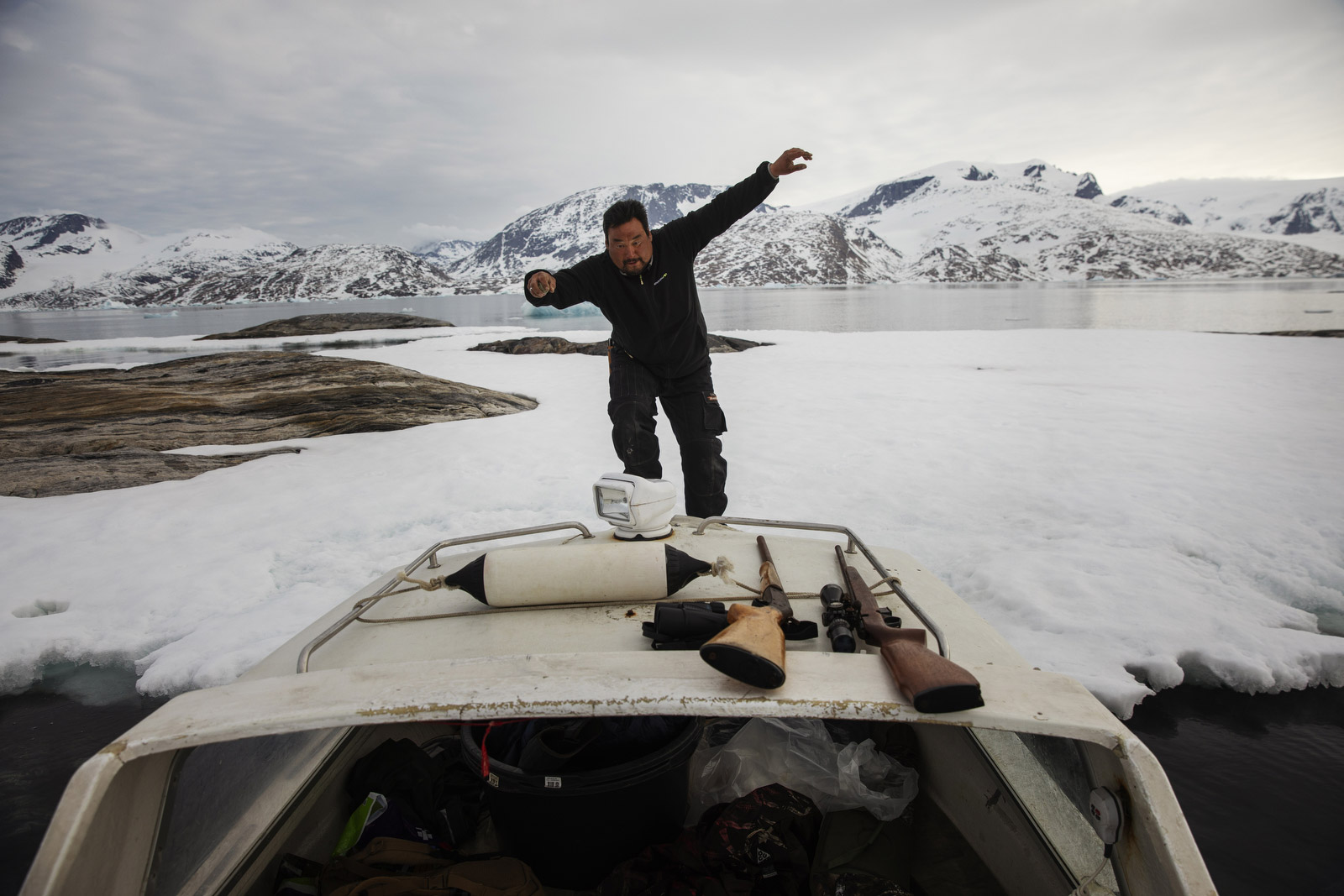 Seal hunter Henrik Josvasson jumps back onto his boat after searching for puffin eggs near Tasiilaq. 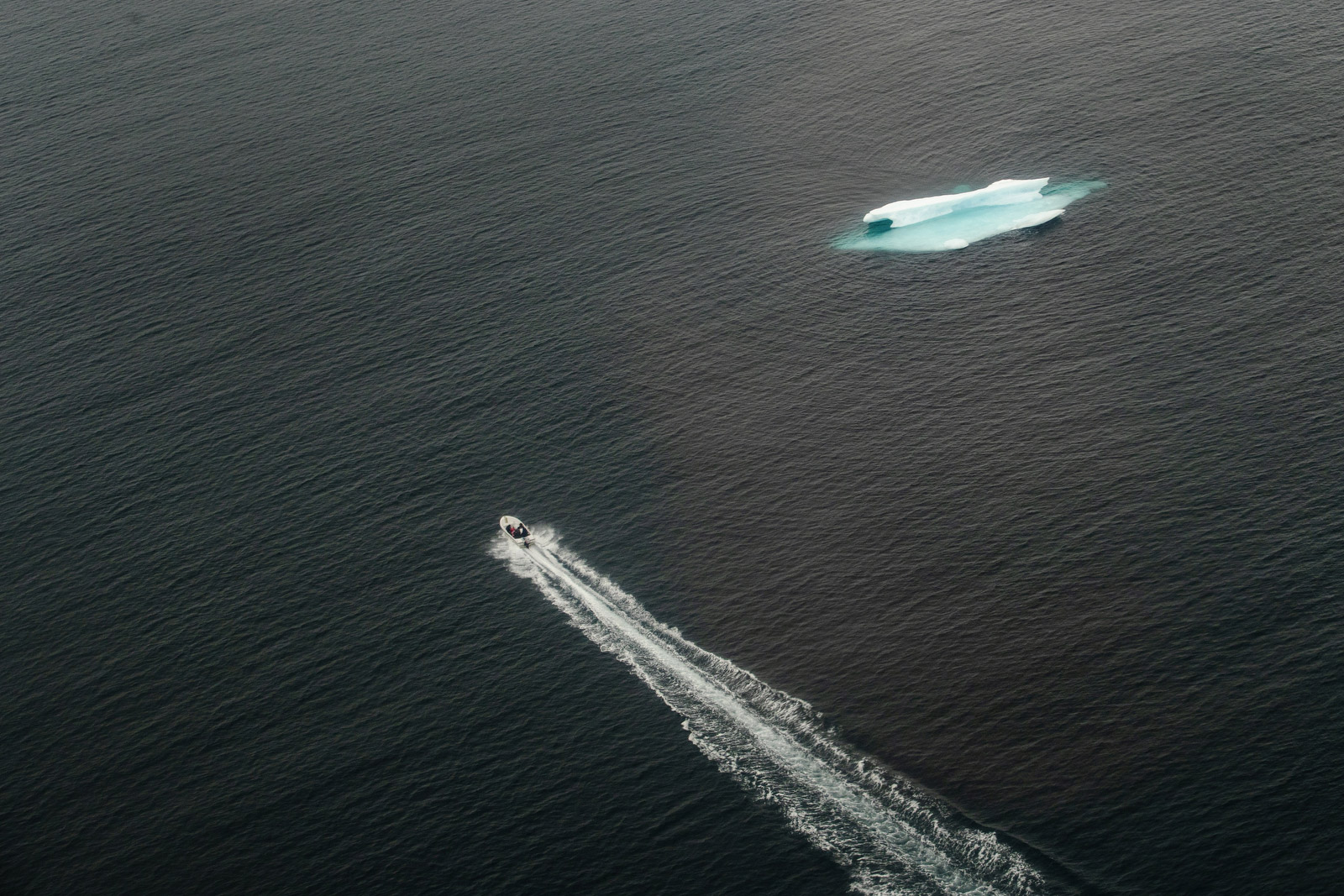 A small skiff motors past an iceberg in the open ocean near Tasiilaq in June 2018.

He brought three still cameras and a drone to get aerial shots of the melting glaciers. He also accompanied scientists as they flew airplanes back and forth for hours, using radar to get data from the water below.

He photographed the scientists at work and in camp, and he spent some time in Tasiilaq, a town in east Greenland. There’s only about 2,000 people who live in the town, but on an island this remote, it still qualifies as the seventh-largest. 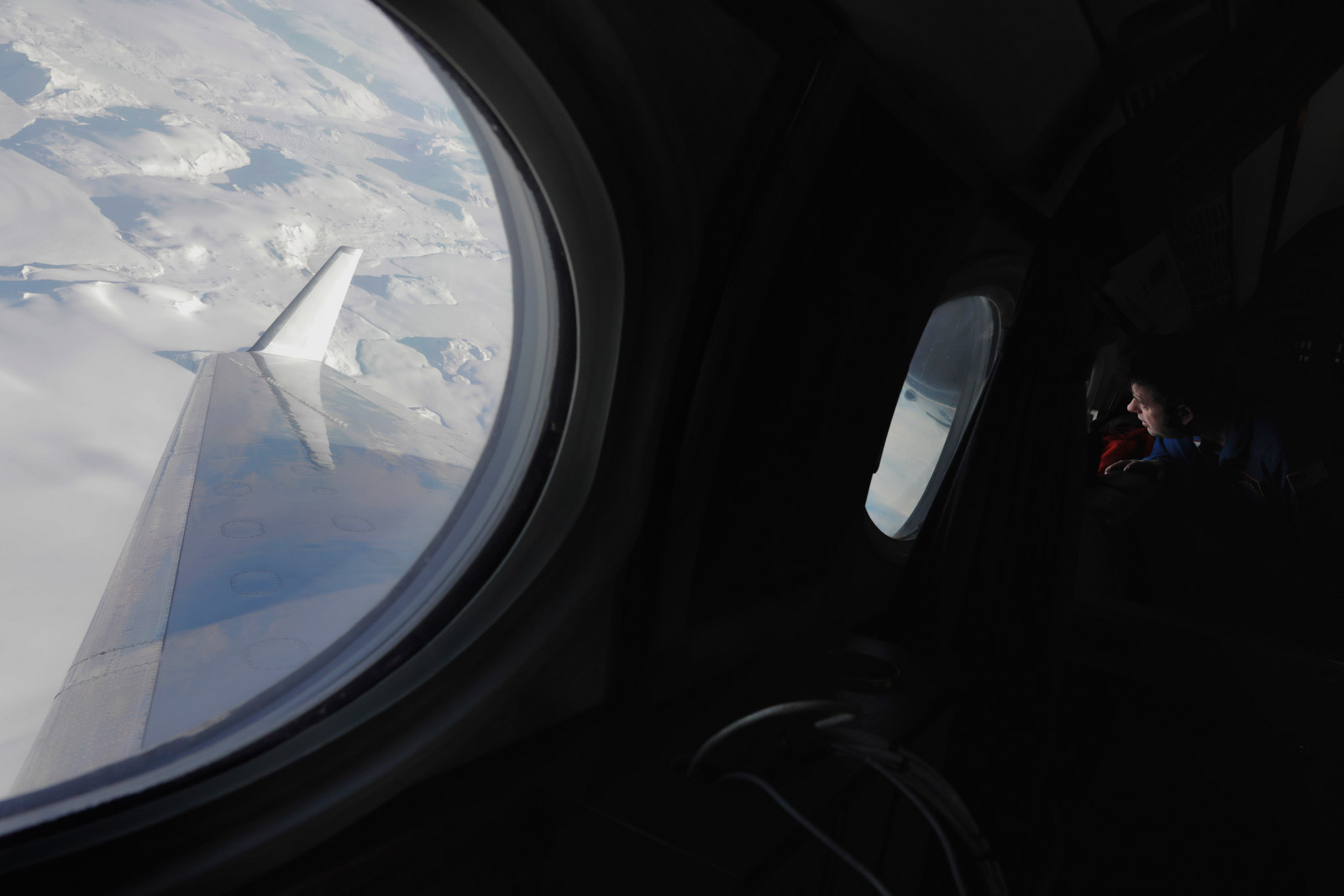 NASA investigator Josh Willis looks out at the ice while flying above Greenland in March 2018. 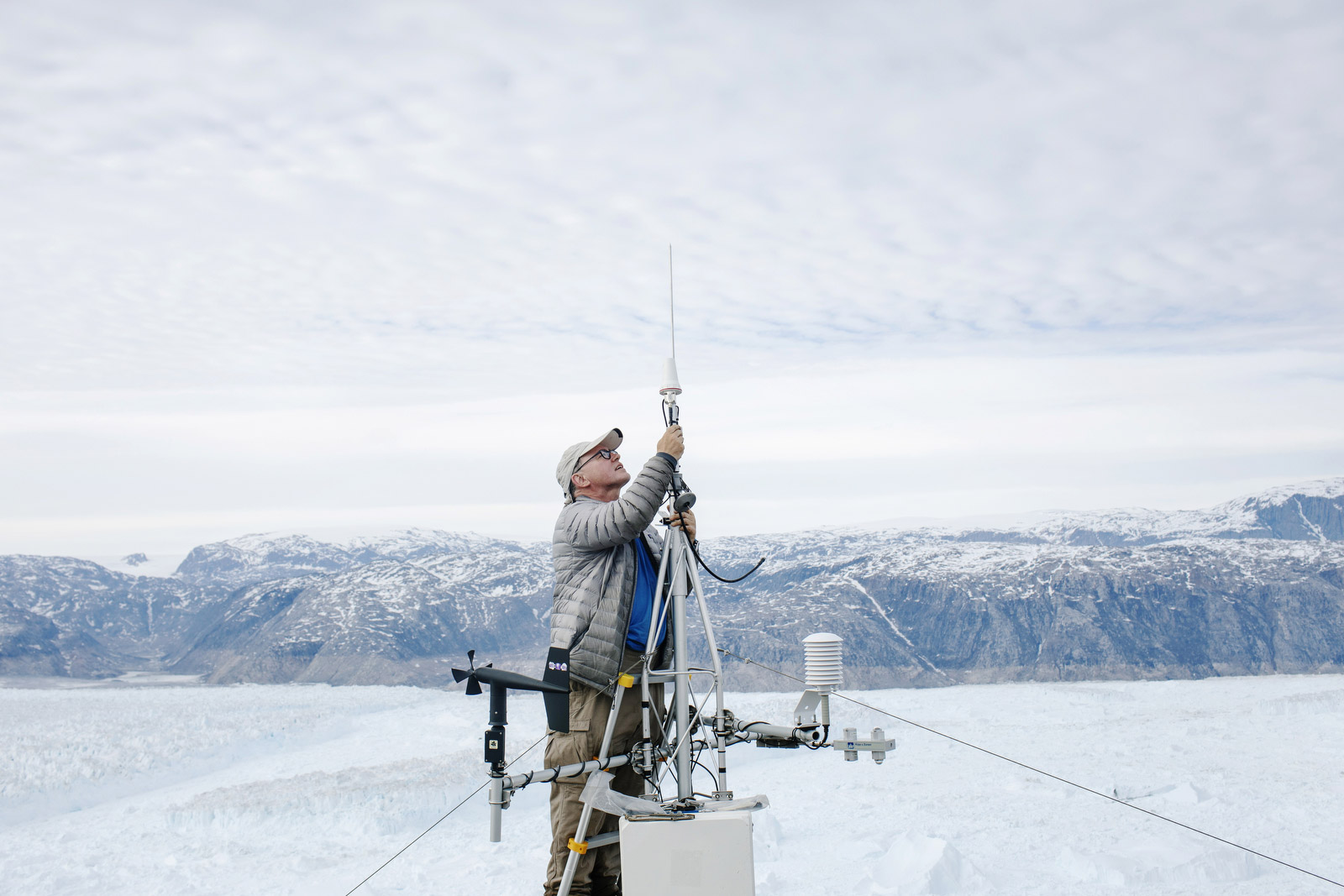 David Holland, an oceanographer from New York University, repairs a broken GPS module at his research camp above the Helheim glacier.

Antarctica’s ice mass is also shrinking, but Greenland makes much more sense for NASA to study from a logistical standpoint. It’s much more accessible.

“In one summer they can do a certain amount of research that could take them years to get in Antarctica because the logistics are so difficult and it's such a unforgiving environment,” Jackson said. 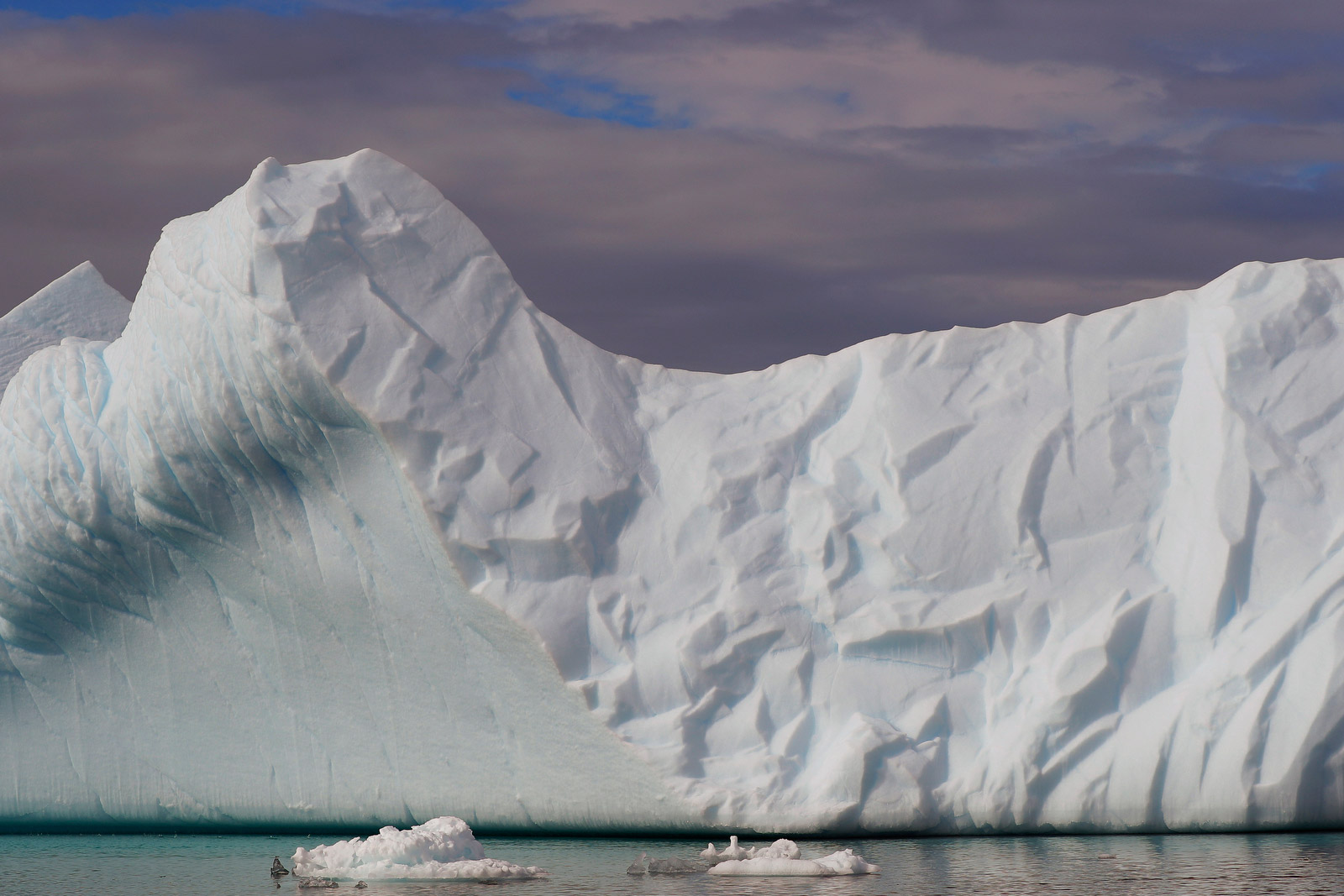 An iceberg floats near Tasiilaq in June 2018. 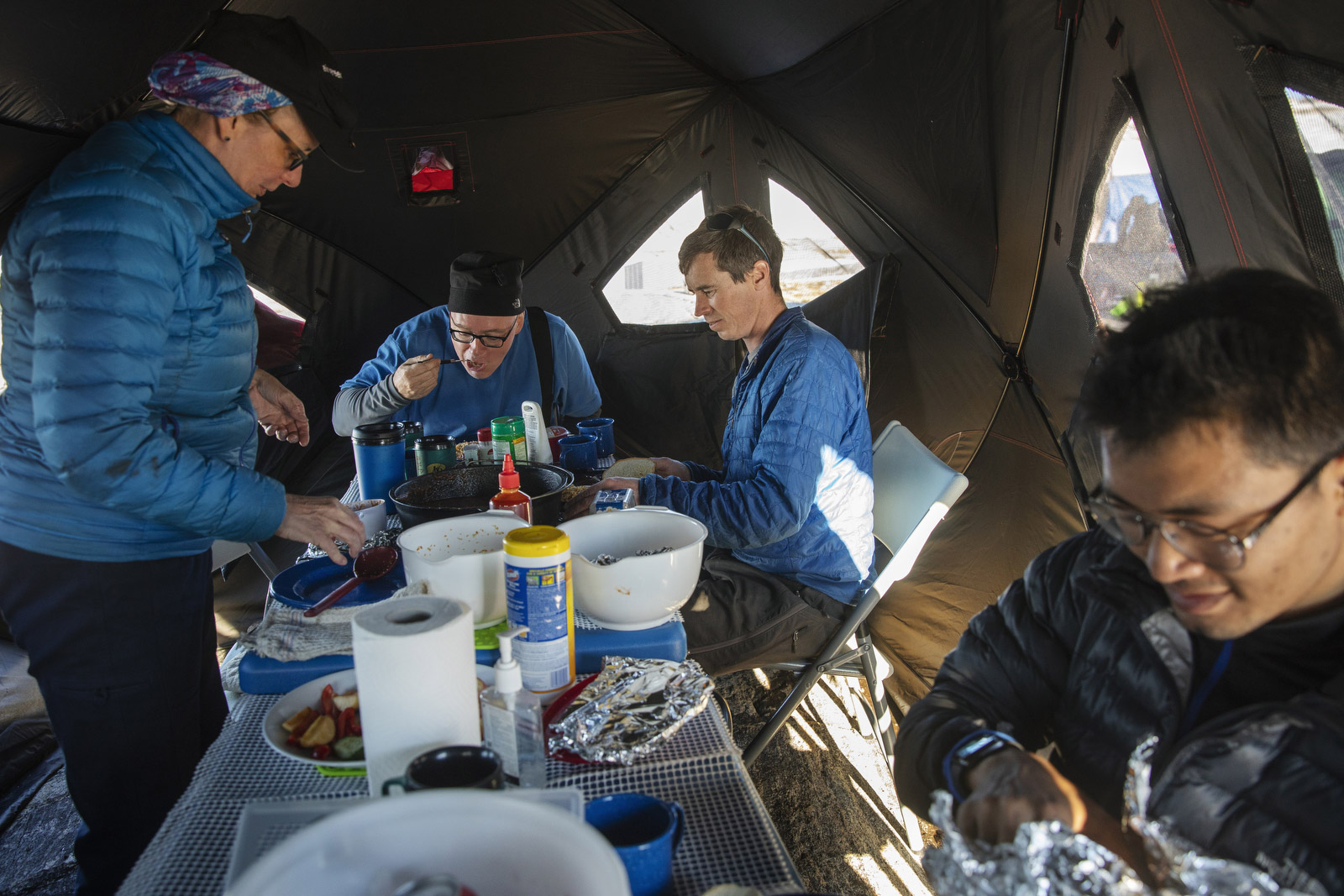 Scientists from New York University eat together at a camp set up on the side of the Helheim glacier.

The stakes are high. NASA’s Jet Propulsion Laboratory has an online tool that shows how rising sea levels could one day flood major cities such as Miami, New York, Mumbai and Shanghai.

And some remote island nations, which sit right above sea level, are also threatened. 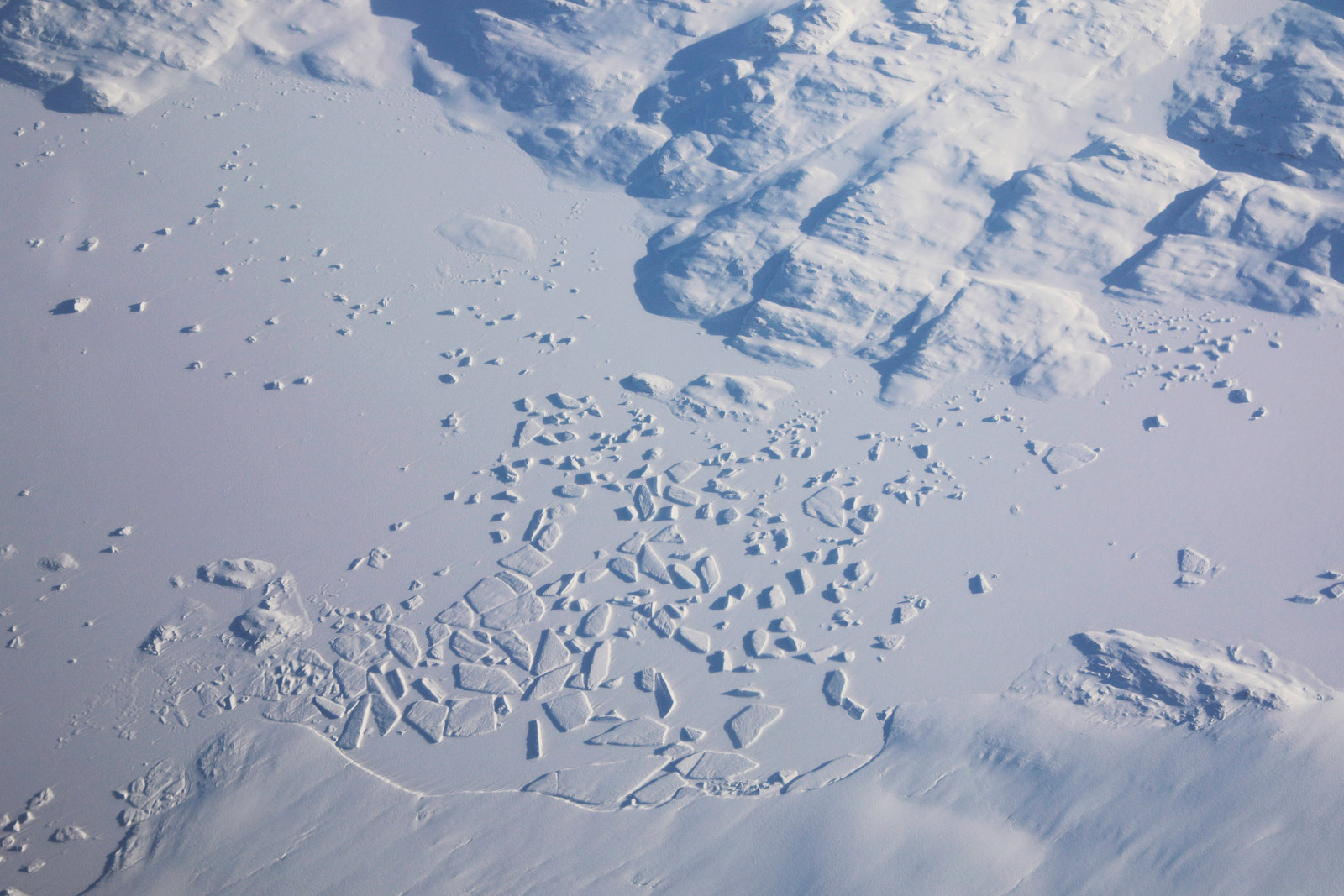 The end of a glacier is seen from above in March 2018. 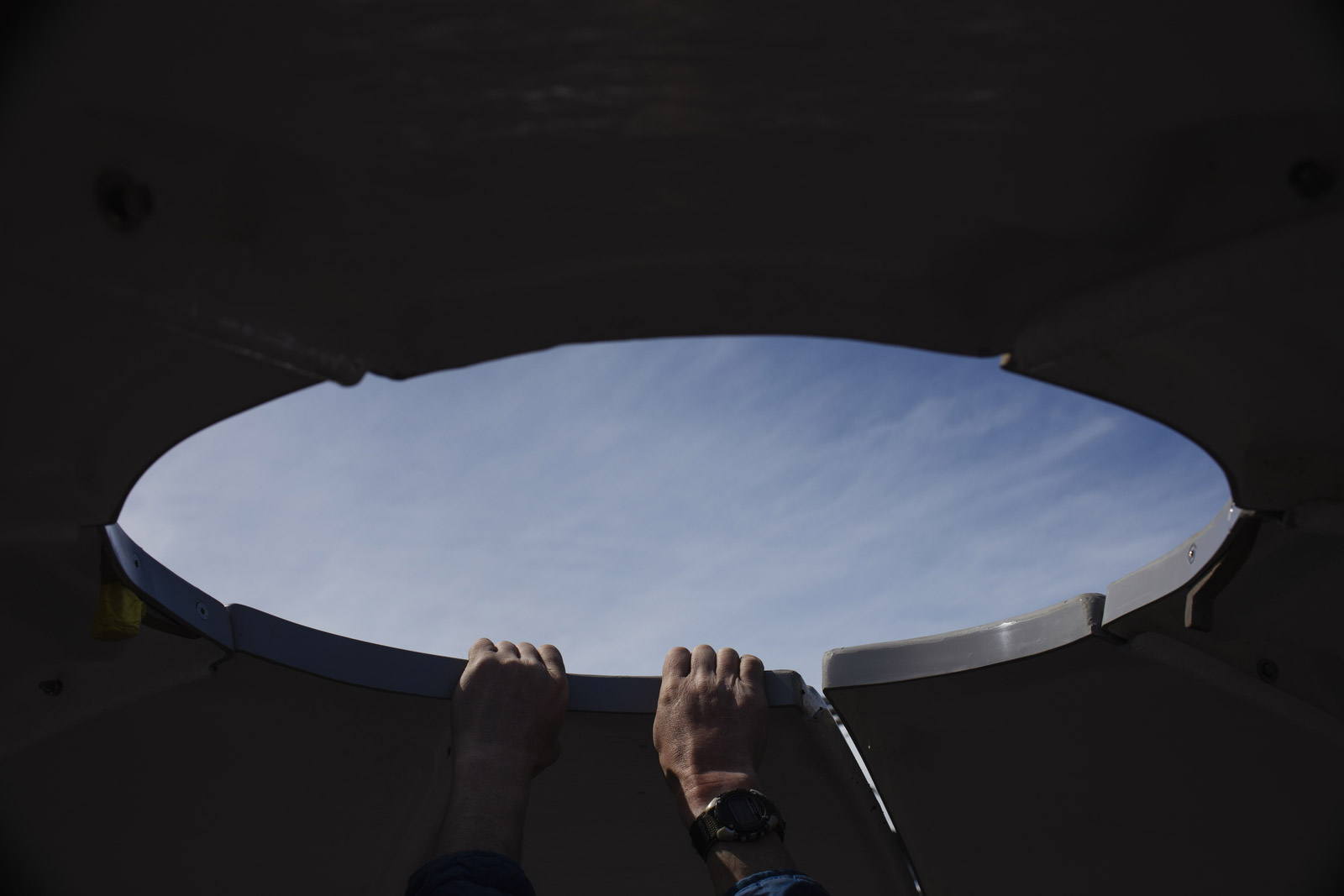 Brian Rougeux, a safety officer from New York University, works to build a semi-permanent structure in a science camp on the side of the Helheim glacier.

It’s not a coincidence that NASA’s Arctic mission is called “OMG,” for Oceans Melting Greenland.

“I think it’s shocking how quickly our planet is changing because of our footprint, and a name that carries with it an element of surprise seemed right for this mission,” said Josh Willis, the project’s principal investigator.

The five-year project, which is examining how warm ocean water is speeding the loss of Greenland’s glaciers, will end in 2020. 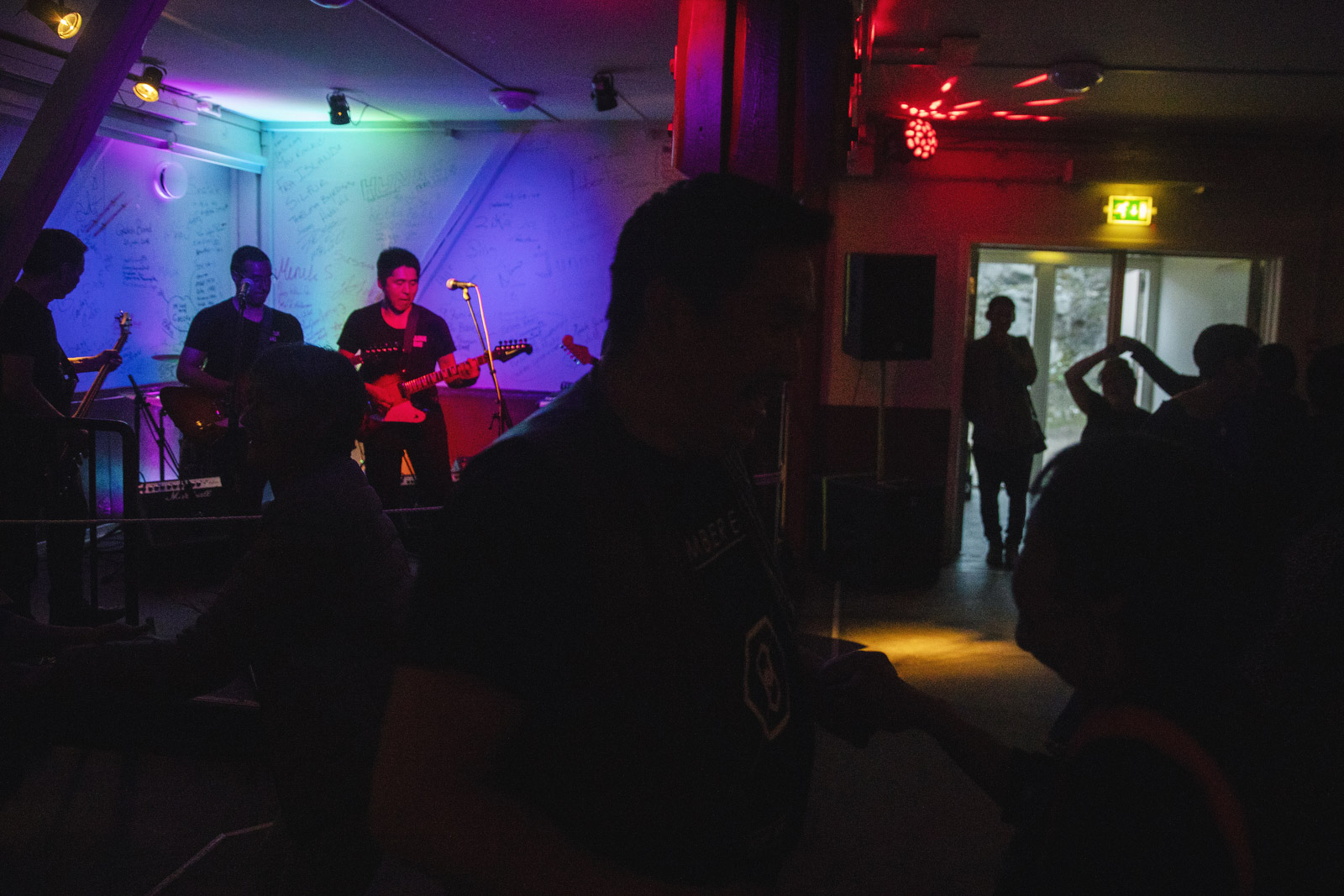 A band plays music late at night in Tasiilaq. 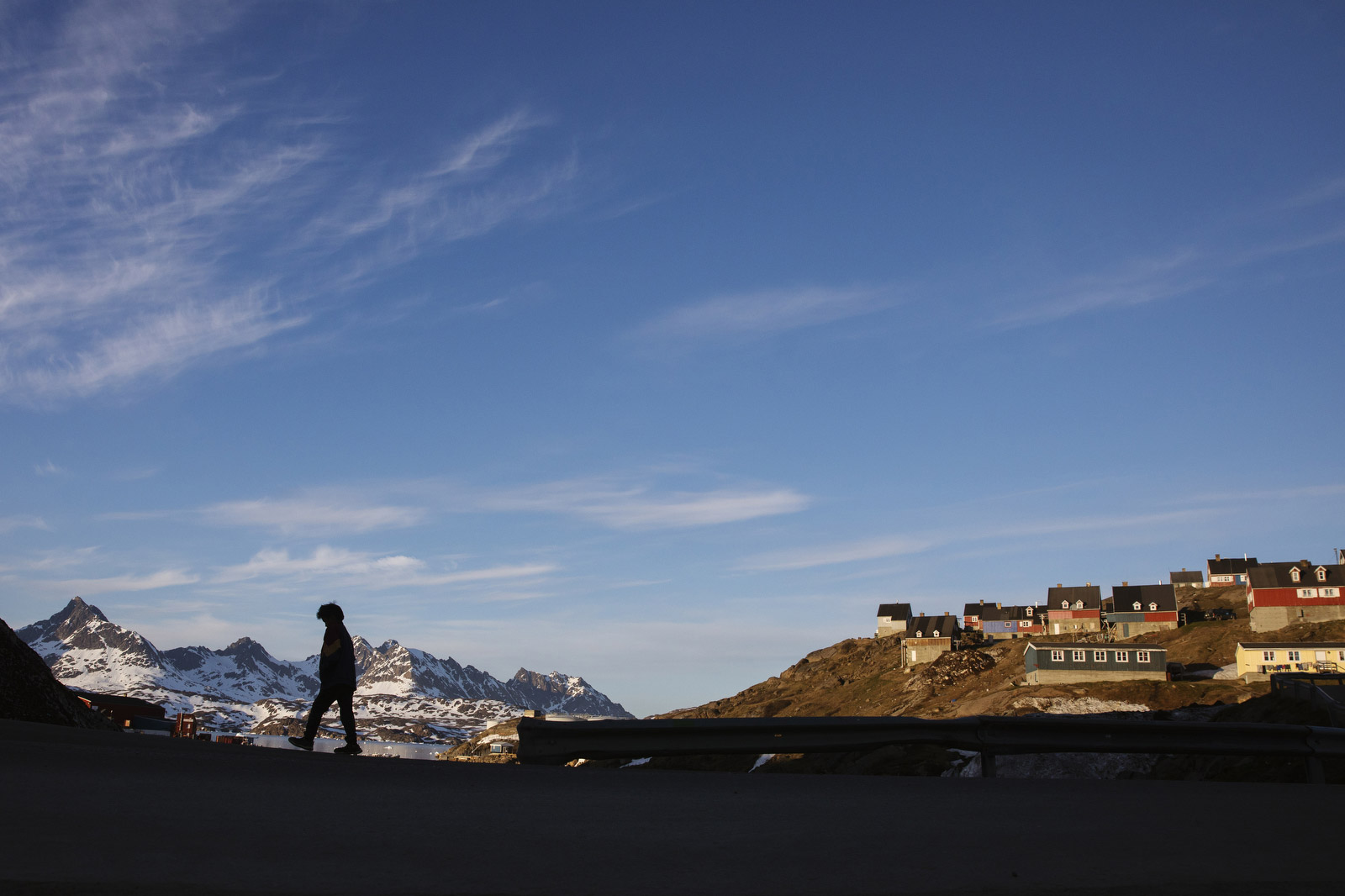 A man in Tasiilaq walks along a road in the evening sunshine.