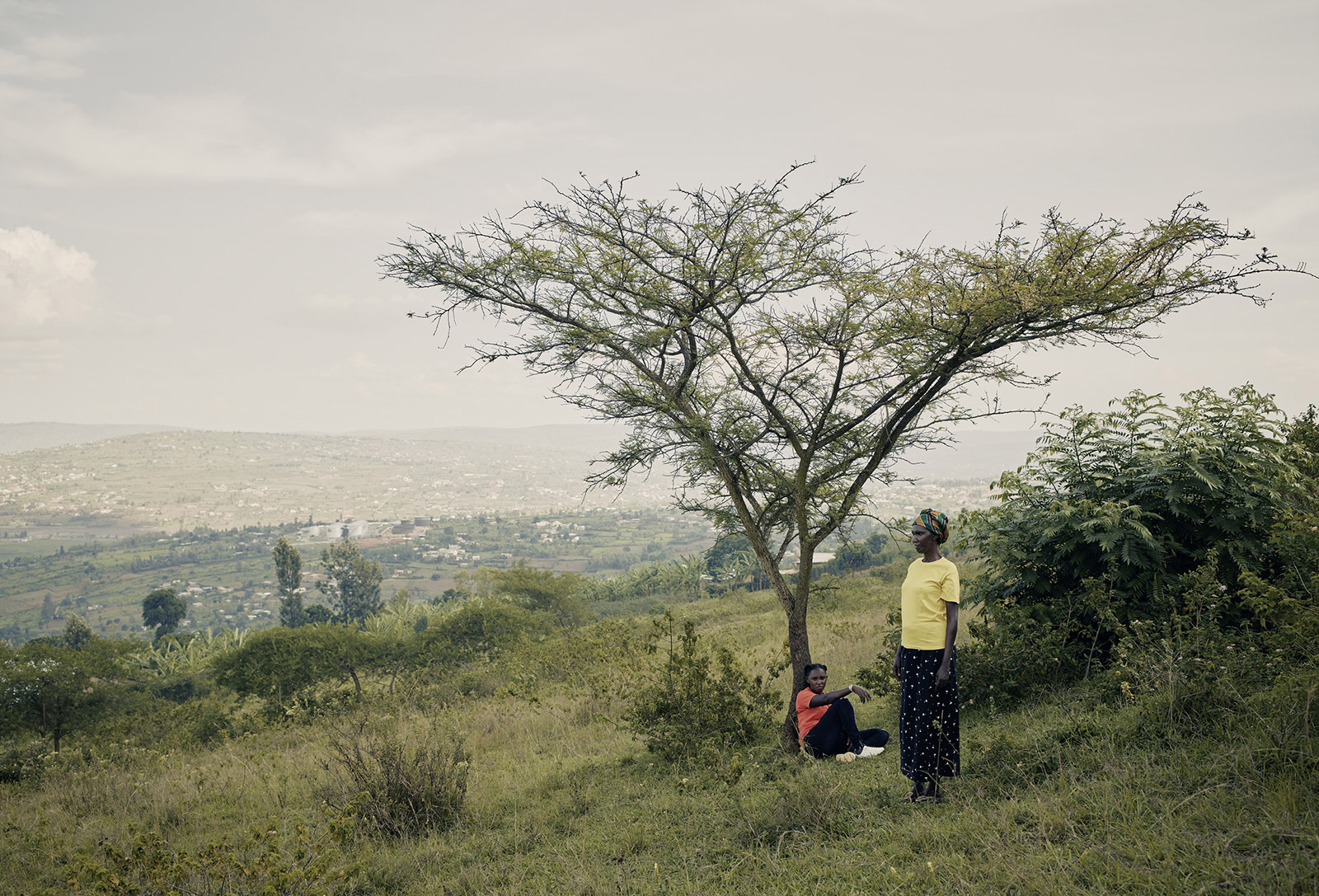 Editor’s note: The Rwandan survivors of rape and their children featured in this article are not named as a courtesy to protect their identities.

The distances between the women in the photographs hint at the challenges in their relationships.

They share the same features and are locked in familial poses that one might see in a photo album to mark a birthday or graduation.

But the expressions and demeanor tell a different, darker story. Few of the women smile. There is little lightness in their interaction.

They are the lesser-known victims of Rwanda's genocide, 25 years after it happened. 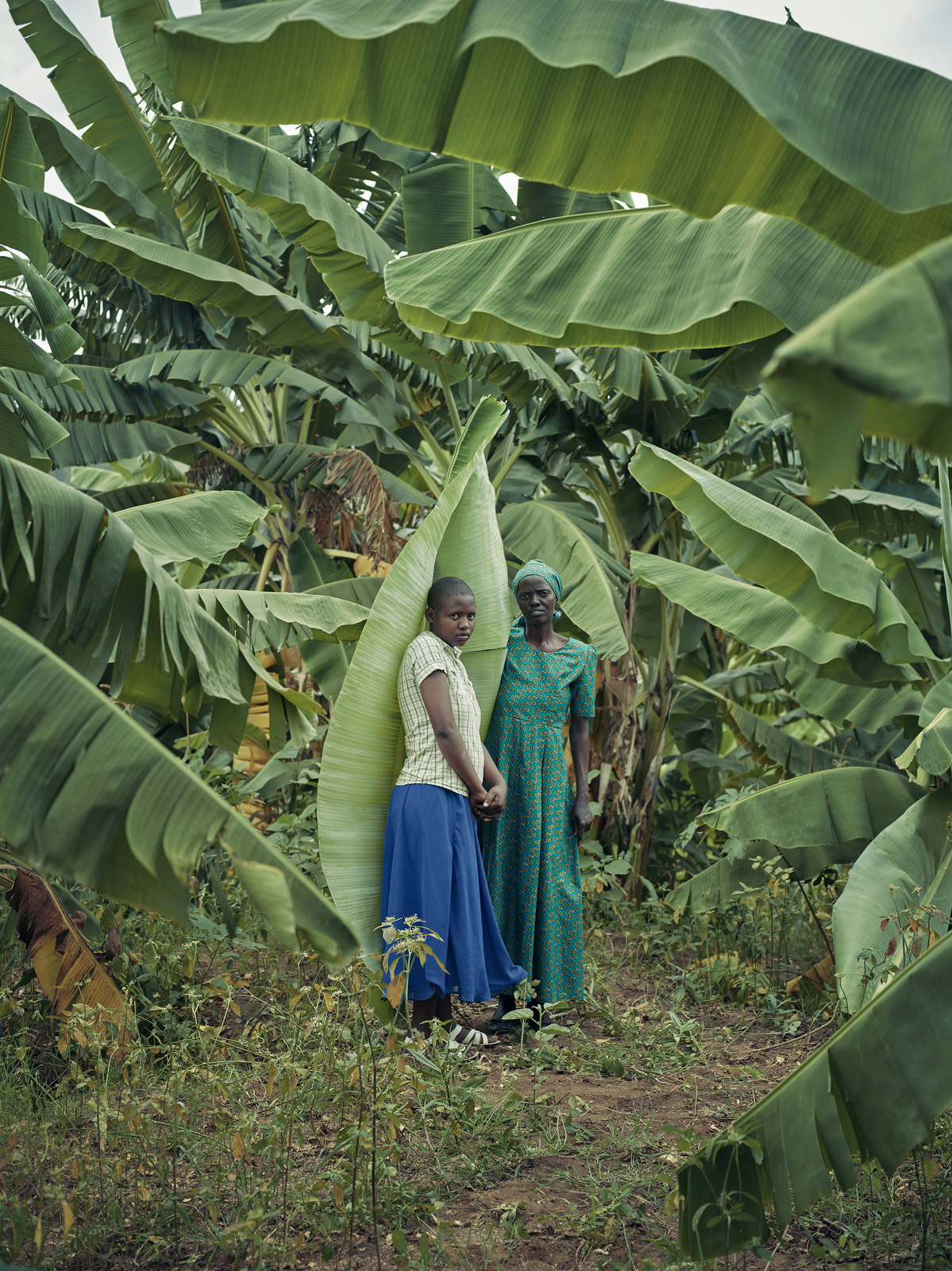 The woman on the right told the book’s authors her daughter means everything to her and she said she wishes she could do better as a mother. But the mental and physical wounds of the genocide have scarred her deeply. She often feels weak, and she says the attackers stole her life. 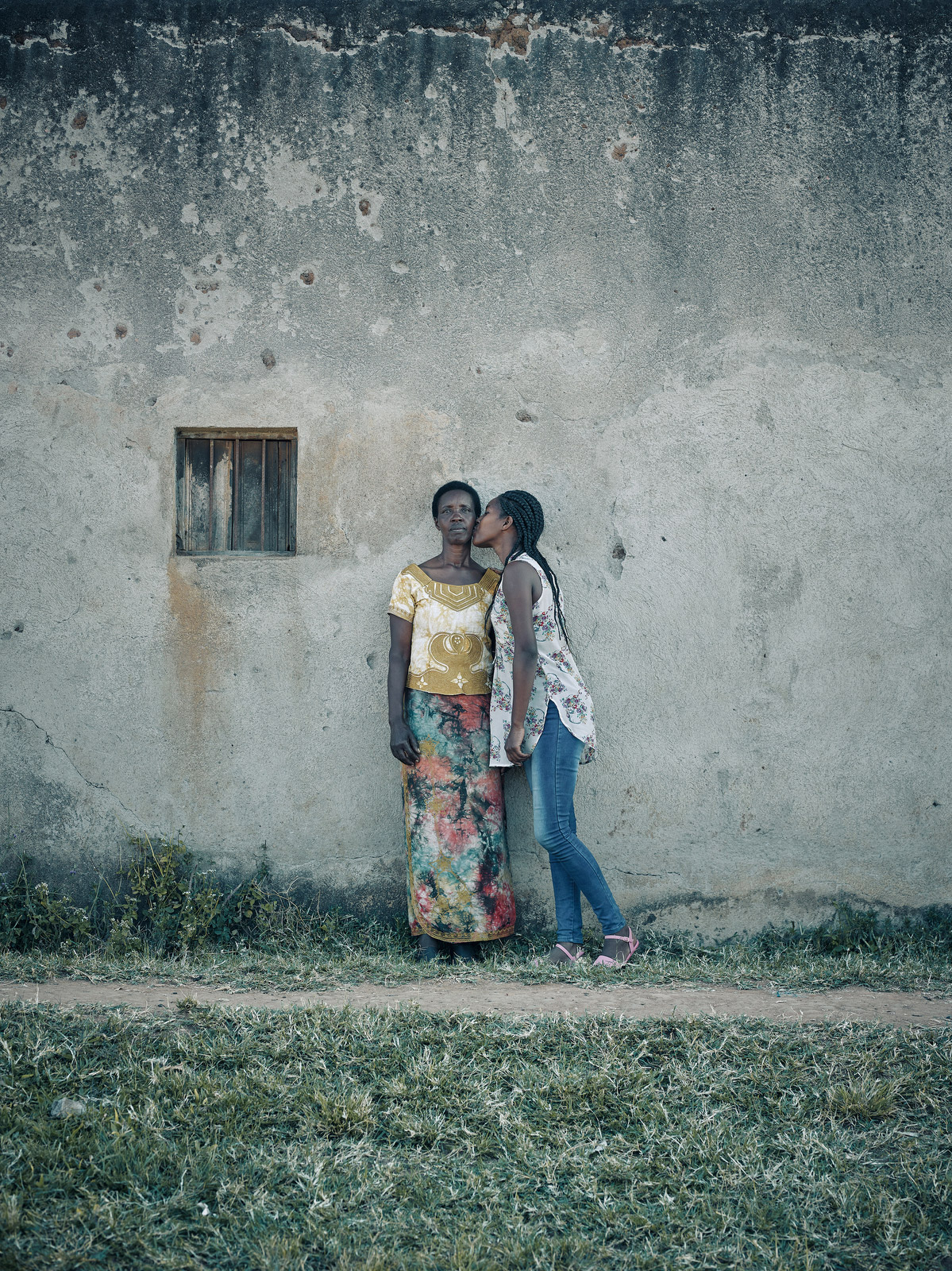 When she realized she was pregnant, this mother attempted to abort the baby herself. At first she hated her child, she told the book’s authors, but over time she learned to love and appreciate her and now she works hard to support them both.

An estimated 800,000 people were killed in a little over three months when Hutus turned on their Tutsi neighbors in 1994.

During those 100 days of extreme violence, many women suffered at the hands of militias. According to UN figures, as many as 250,000 were raped. British NGO Survivors Fund (SURF) estimates that 20,000 children were born to women as a result of rape.

Their story is chronicled in “Rwandan Daughters,” a new book of photos by celebrated German photographer Olaf Heine that highlights the harrowing ordeals of these forgotten victims of the genocide.

It is hard to overstate the trauma inflicted upon those women. In many cases, the violence resulted in lifelong disability or HIV infection. The victims often witnessed the murder of their families at the same time. 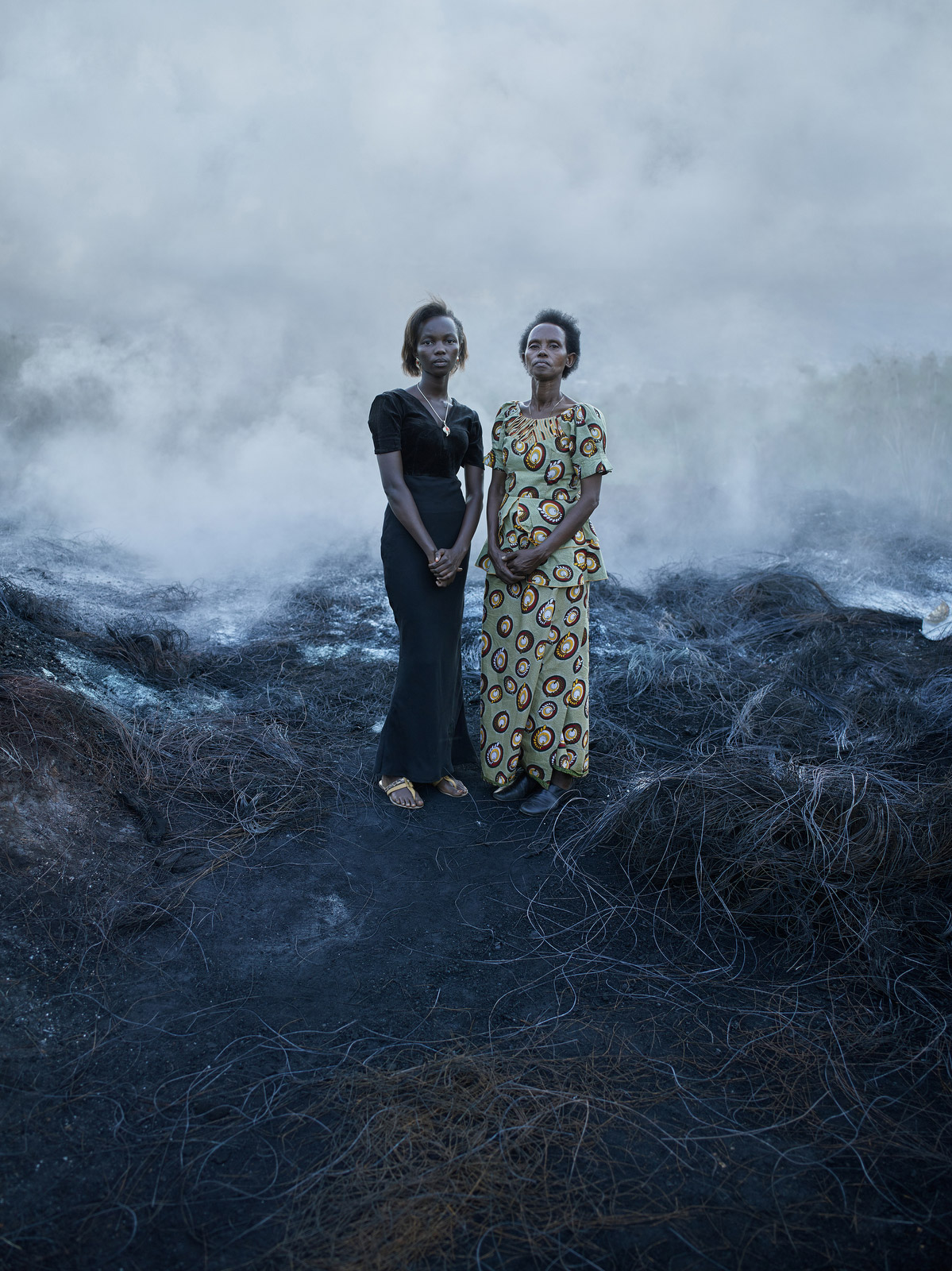 Every member of this mother’s family was killed during the genocide. She only barely survived herself, pregnant as a result of rape. But the love and joy of her daughter have helped her to live with the trauma, she said. 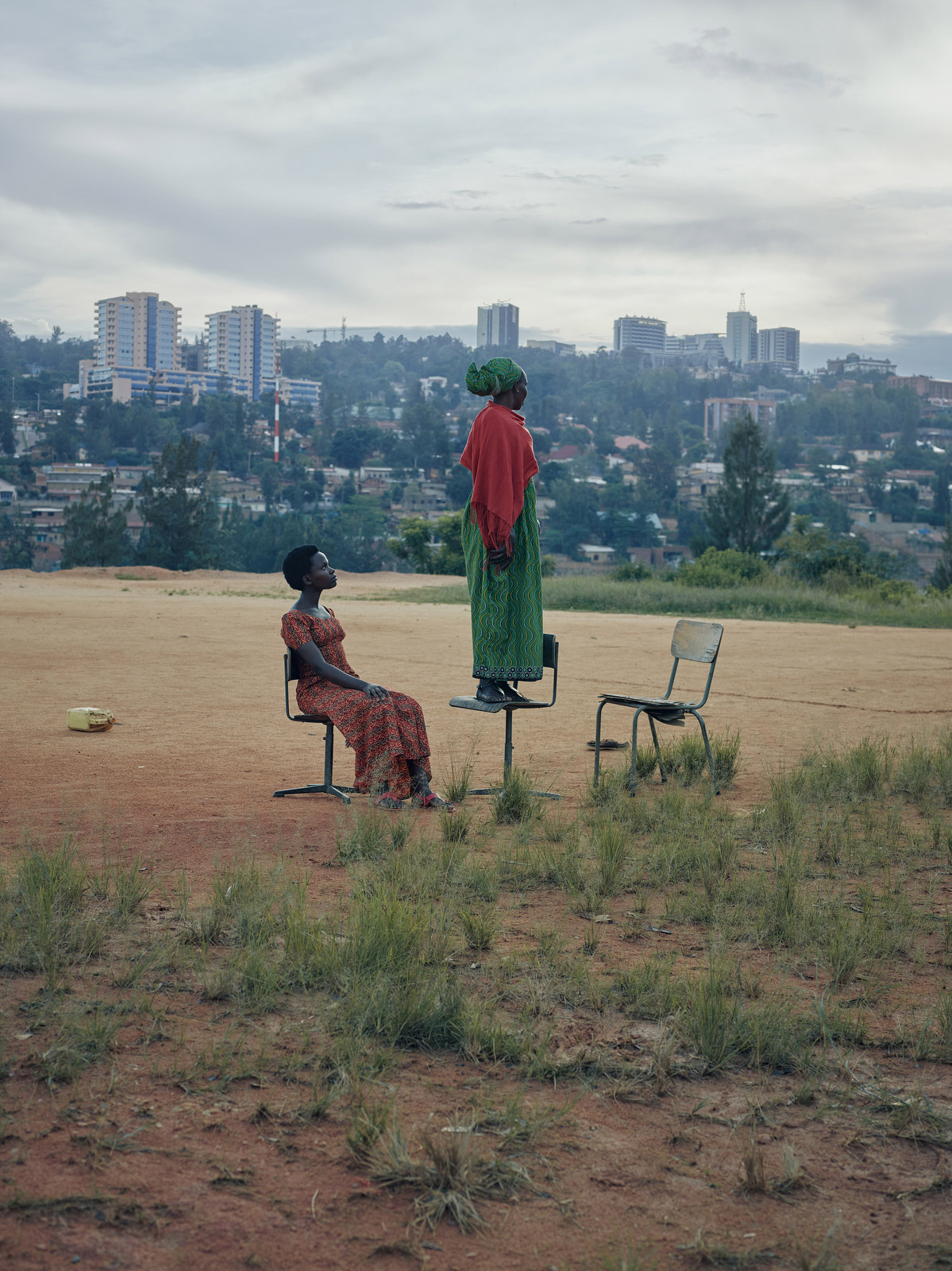 This mother was 15 when she was raped, and she spent many of the following years isolated and alone. Support from fellow survivors allowed her to talk and grieve.

The photos in “Rwandan Daughters” place mothers alongside their children who were born of rape. Mothers, daughters and sons are photographed at the locations where the crime was committed. CNN is only featuring the mothers and children who consented to have their story in the media, all women.

The images, and interviews conducted by German journalists Antje Stahl and Andrea Jeska, draw out some of the complexities of their often-tortured relationships.

In the book, many of the mothers admit to resenting their daughters and sons, who they say are constant reminders of the horror they experienced — and a source of ongoing stigma in a conservative society.

Others have found a way to process their grief and love their children. As one survivor is quoted in the book: “If I hate my daughter, I am no different than the murderers who wanted to destroy us and our country with their hatred.” 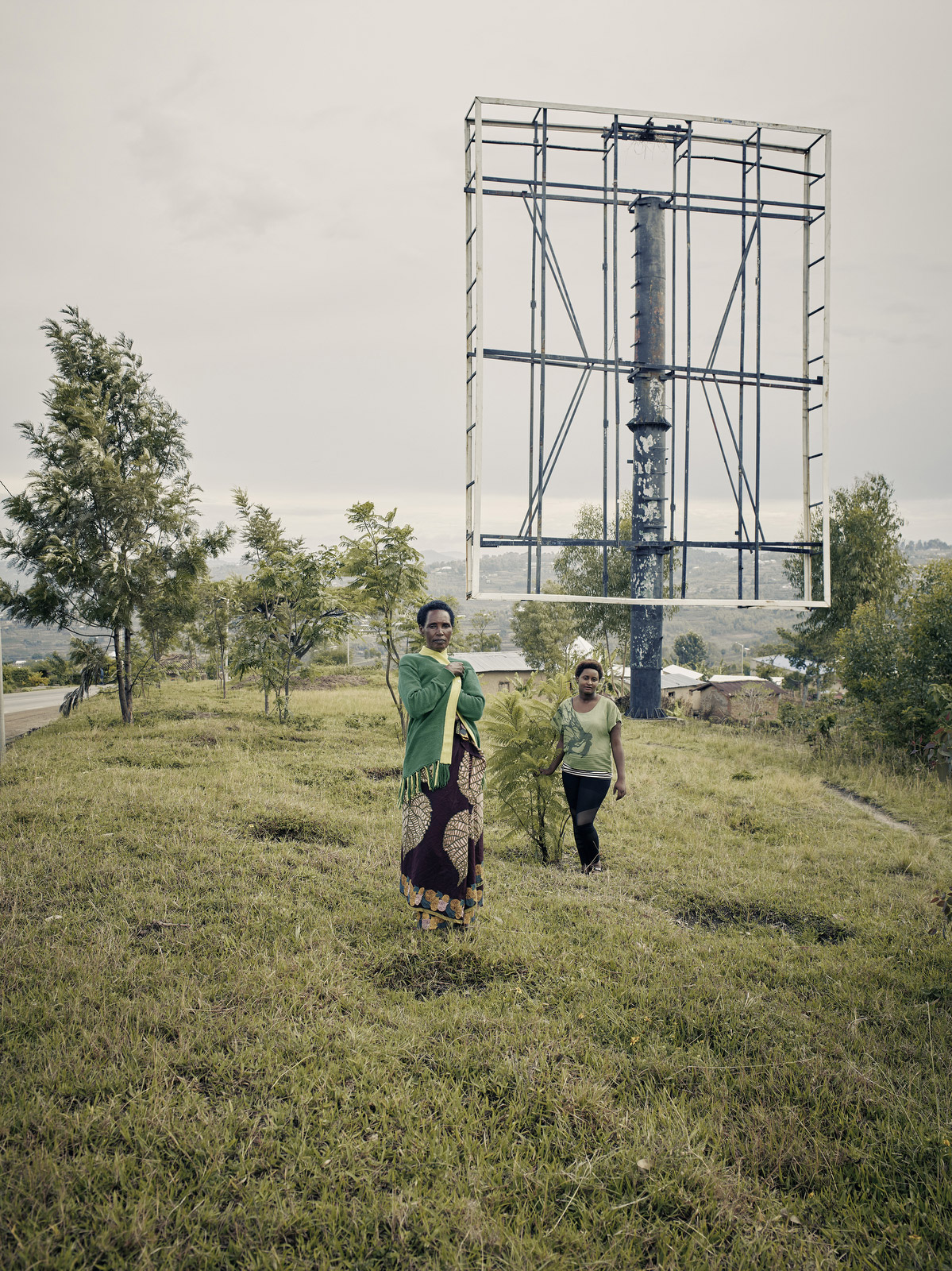 This mother’s life changed in five minutes — the time it took the men to kill her family and leave her pregnant. Those minutes still shape her life. 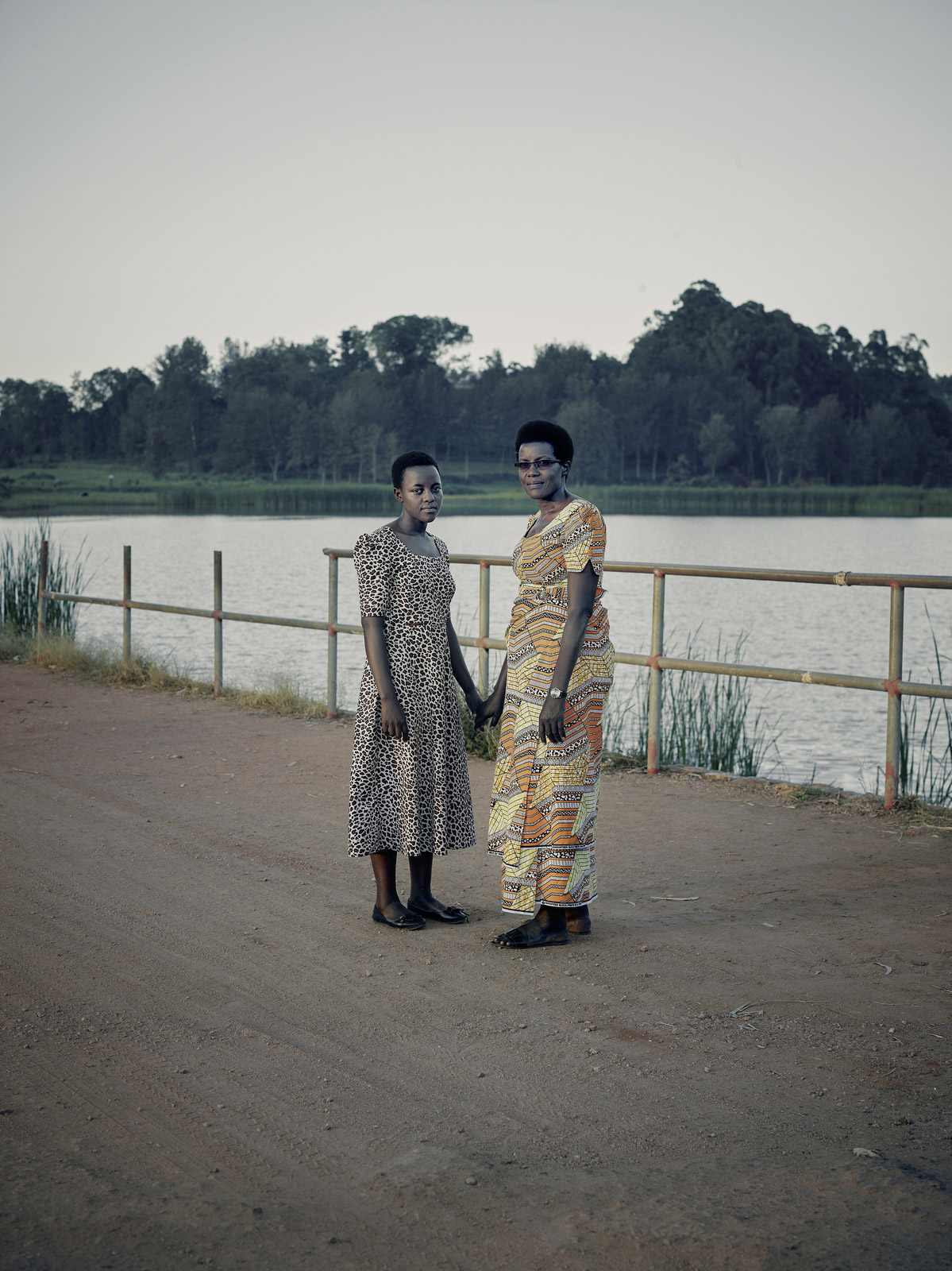 Before she was raped, this mother watched as her husband and three children were killed. But she decided to keep the child, and she thanks God that she did.

In a nation where a whole generation of men was slaughtered, there are practical as well as psychological barriers to forging relationships with men.

In many cases, the women photographed must learn to love and support each other because they make up their entire family.

For their part, the daughters navigate the challenge of absent and hated fathers. In some cases, they too are HIV positive.

“My family is dead,” says one mother in the book. “I was the only one who survived. I never got married again. I live with my daughter. We are coping.” 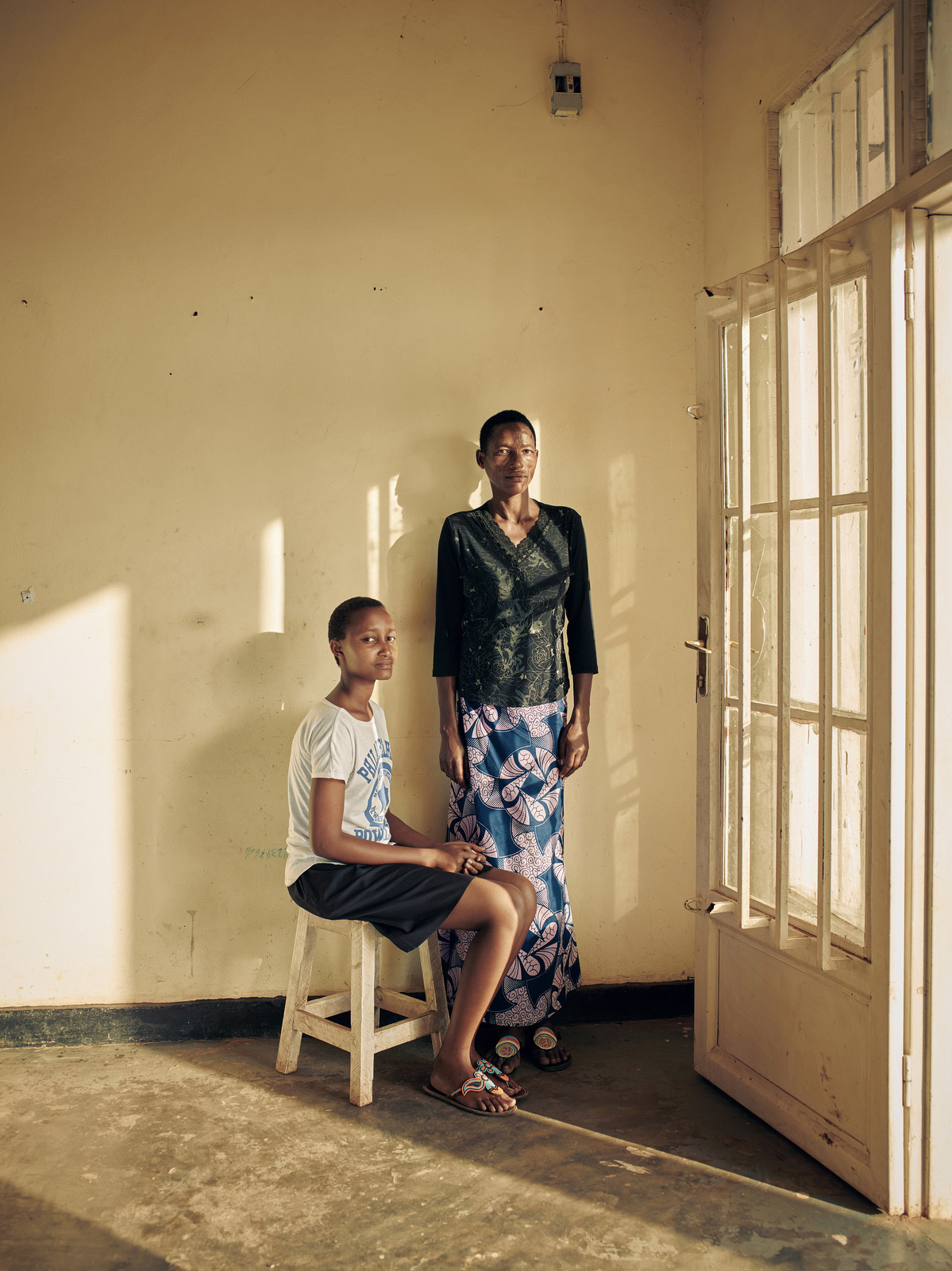 The daughter in this photo knows little of the circumstances of her conception. There is usually silence between her and her mother. The daughter studies law and campaigns on behalf of the deaf. 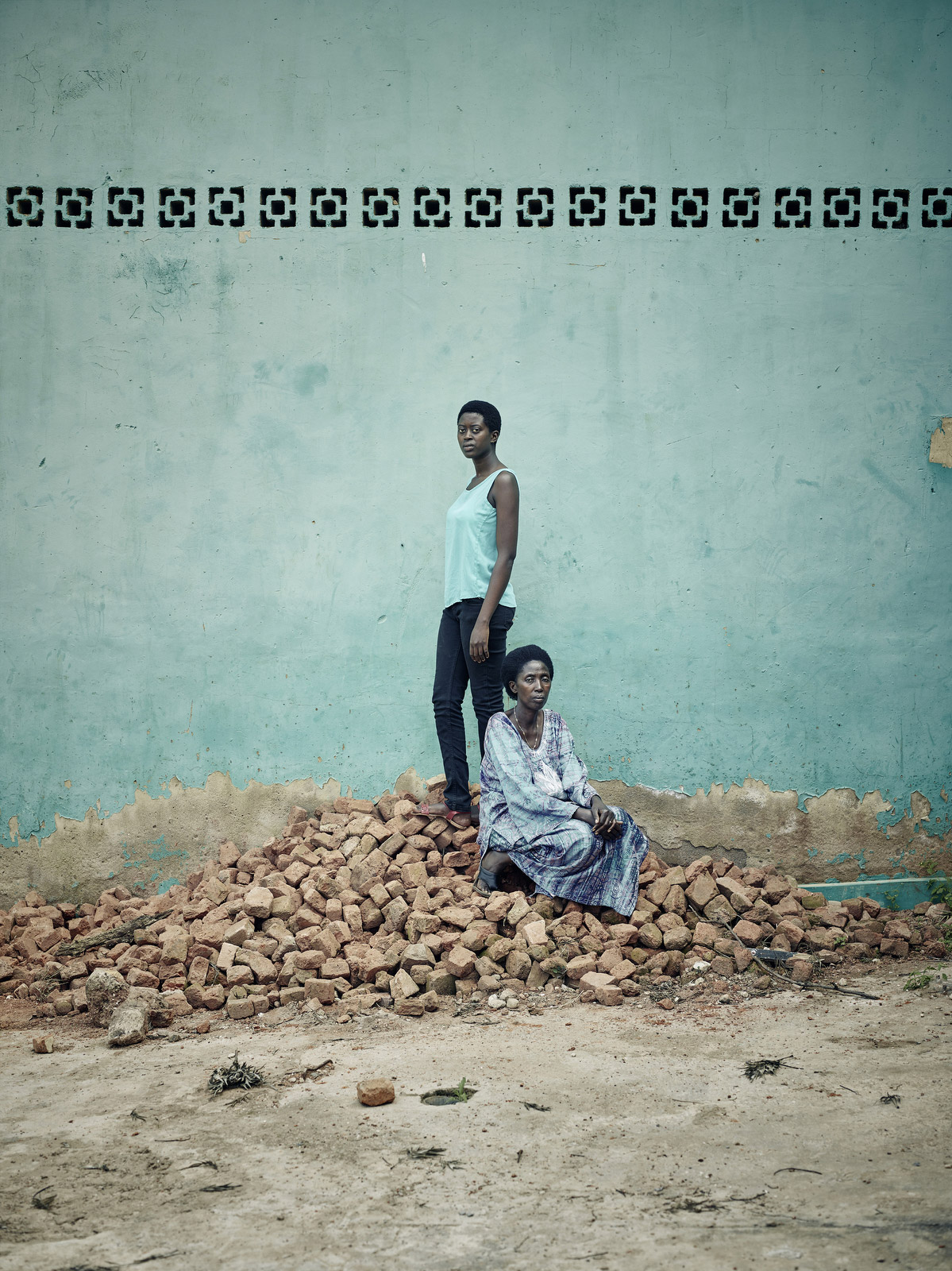 Like the so-called “rubble women” in Germany after World War II, Rwandan women rebuilt their country with hard physical labor, street by street. This mother says her trauma made it difficult to see the point of rebuilding at the time.

The women were photographed over two years between 2016 and 2018, in a project backed by German charity Ora Kinderhilfe and facilitated by Rwandan NGO Solace Ministries, which provides support for survivors.

Photographer Heine said the shoots were often difficult and emotional experiences for the women reliving their trauma. But they were determined to tell their stories.

“On several occasions during the project I met women that were in tears,” Heine said. “But every single one of them wanted to hang in, confront herself and finish off what they came to do.”

“I decided not to lead and direct the women too much,” he said. “I wanted to see how mother and daughter would move and behave in front of the camera and thus reveal a little bit about their relationship to us.” 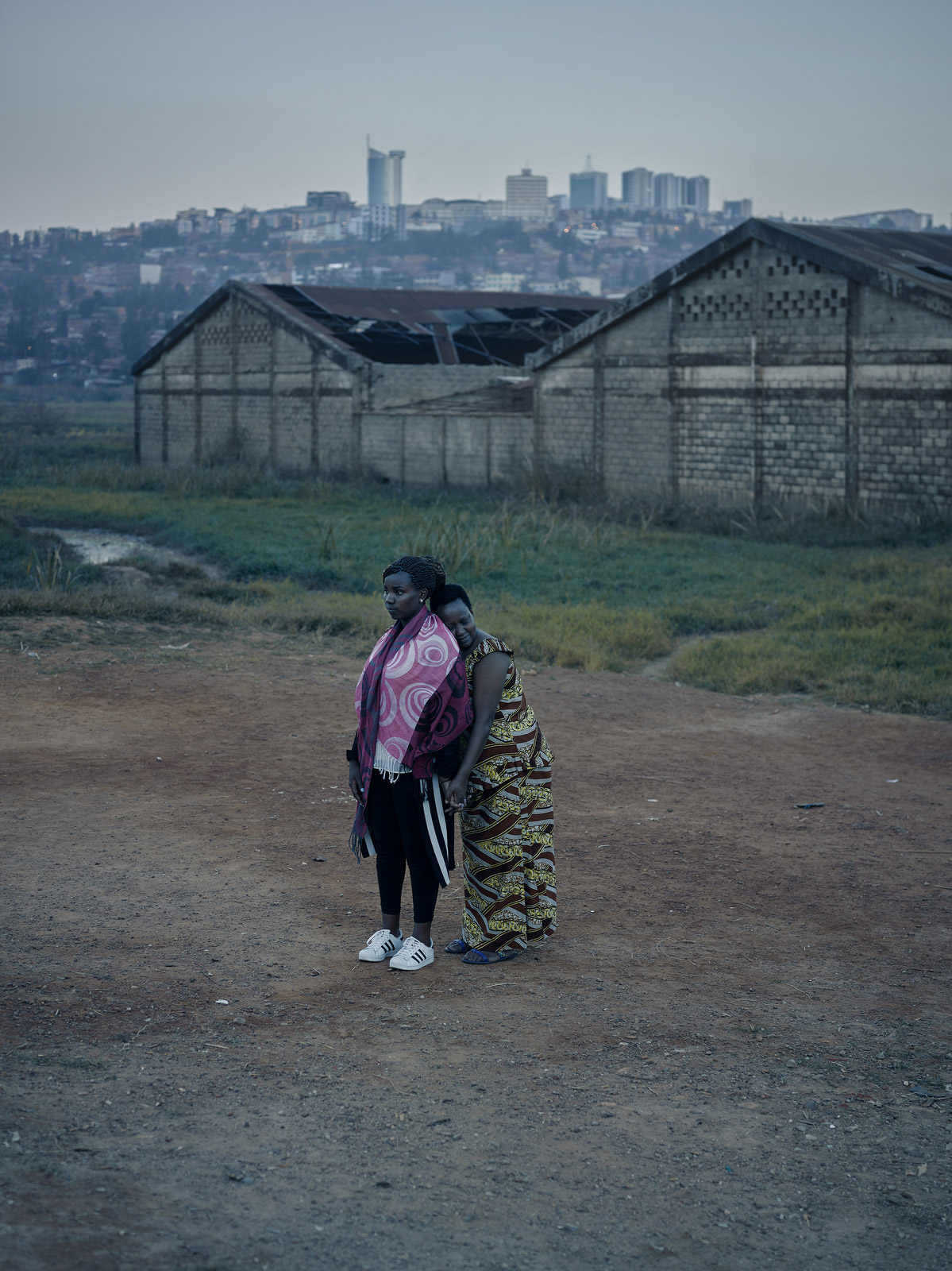 This mother told the book’s authors that she found it difficult to accept her new daughter but she had to set an example for her other children. 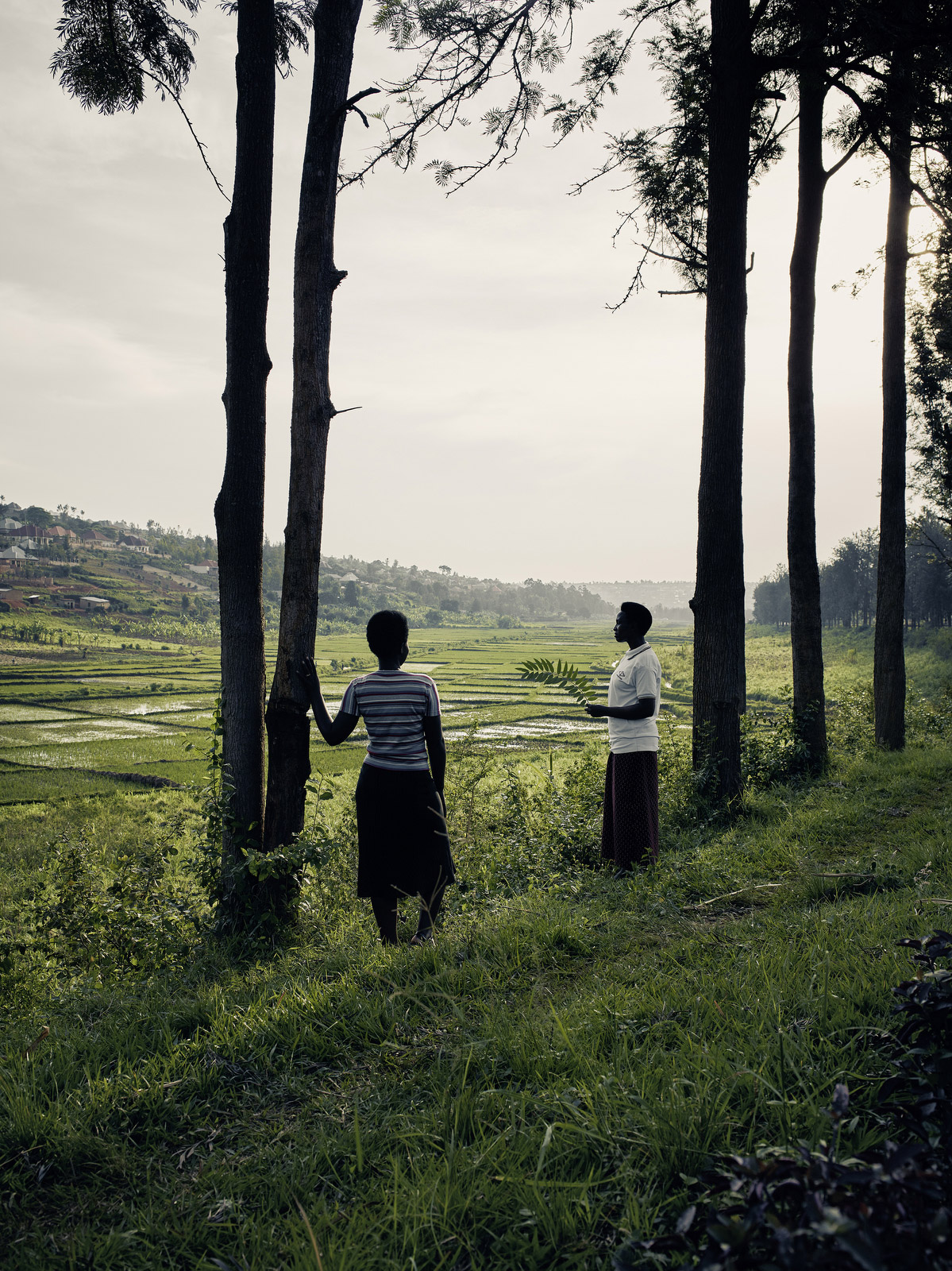 This mother still wonders why her life was spared. She told the book’s authors she feels shame at what was done to her.

Stahl, who interviewed many of the featured survivors, said they have sought consolation in different ways.

Some have learned to love and appreciate their daughters. Others embraced the church and communal sessions with other survivors, where a priest preaches forgiveness as a path to healing.

Today, Rwanda prides itself on a progressive attitude toward gender equality. In 2018, half of the places in the 26-seat cabinet were held by women.

But not everyone believes they can be healed. “The genocide destroyed my life,” says one survivor in the book.

Olaf Heine is a German photographer based in Berlin. His book “Rwandan Daughters” will be published by Hatje Cantz.