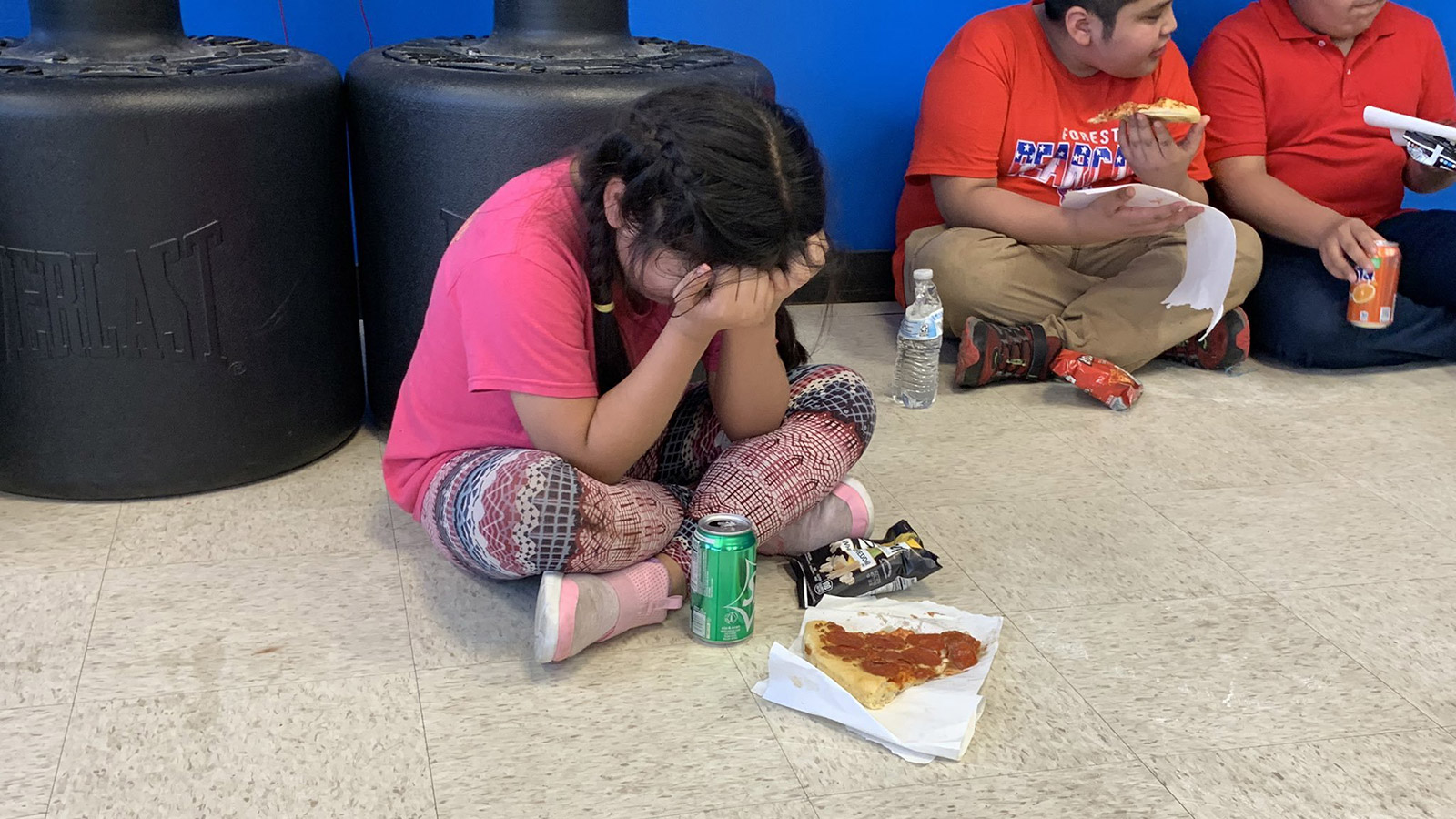 A girl cries into her hands at a gym in Forest, Mississippi, where residents took in children until they could be reunited with their parents. Volunteers distributed food and drinks, but some children appeared to be in no mood to eat. Alex Love/WJTV

A girl cries into her hands at a gym in Forest, Mississippi, where residents took in children until they could be reunited with their parents. Volunteers distributed food and drinks, but some children appeared to be in no mood to eat. Alex Love/WJTV

When the unprecedented immigration raids were over, only the children remained.

Some sobbed inconsolably. “Let my parents be free,” one girl cried. “I need my dad. He’s not a criminal.” Others clutched backpacks on a first day of school they would probably never forget.

The latest salvo in the Trump administration’s hardline stance against immigration came Wednesday at seven Mississippi food-processing plants. Immigration officials described it as the largest single-state workplace enforcement action in US history.

In all, some 680 undocumented immigrants were rounded up in six cities, leaving friends, neighbors and, in some instances, strangers to temporarily care for children who did not know whether they would see their parents again, according to CNN affiliate WJTV.

By Thursday, about 270 migrants detained by Immigration and Customs Enforcement were released after being ordered to appear before federal courts, according to an agency spokesman. About 30 were released at the plants soon after the raids, including nursing pregnant mothers.

A parking lot near a plant in Morton became an impromptu staging area for people waiting to hear from loved ones they had last seen when they left for work in the morning.

One woman said she was there to provide the comfort of a familiar face in case members of her church had been caught up in the sweeps. She wondered how the local economy would survive without the tireless labor of immigrants.

In a video broadcast live on Facebook, bystanders sought to comfort an 11-year-old girl who implored an officer to see her mother. The officer assured the girl her mother would not be deported.

The raids likely added to an already heightened sense of anxiety in many US immigrant communities days after a gunman who apparently espoused anti-immigrant views killed 22 people at a Walmart in El Paso, Texas. 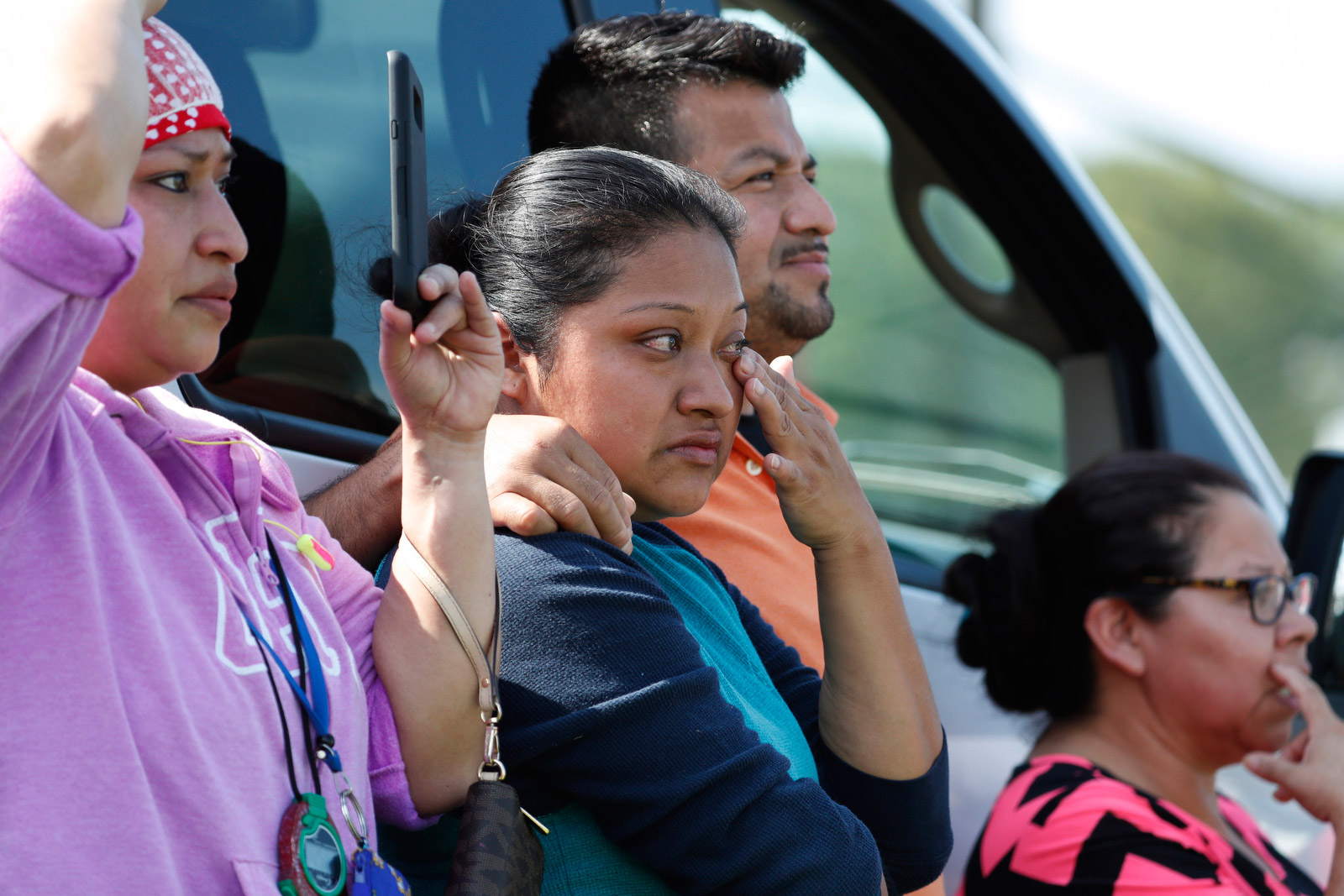 At the Koch Foods plant in Morton, friends and co-workers watch as immigration authorities carried out what they called a historic immigration enforcement action across the state. Rogelio V. Solis/AP 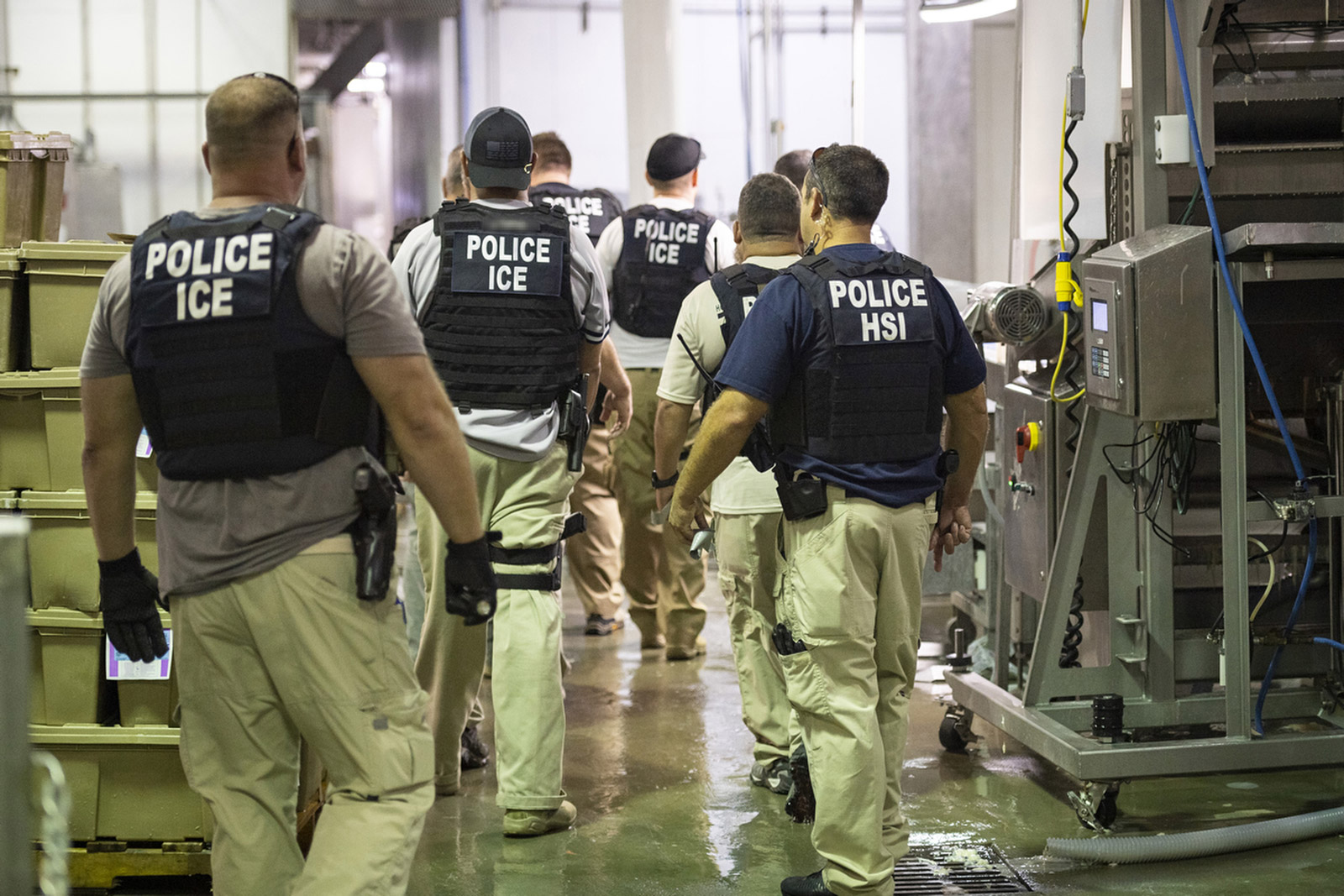 Federal agents sweep through an agricultural processing plant in Canton — one of a series of statewide raids that led to the detention of nearly 700 undocumented immigrants. A. Mason/ICE 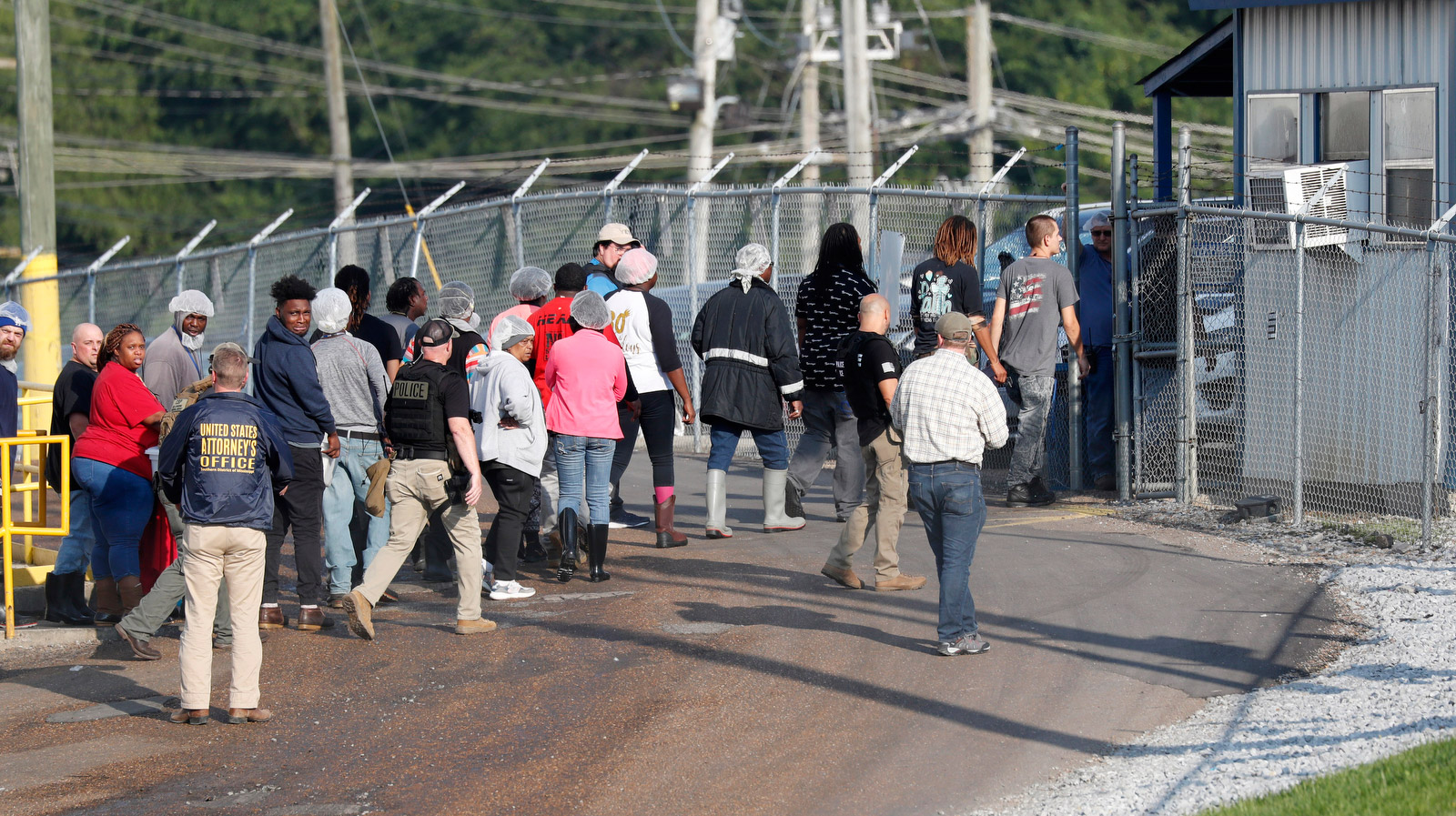 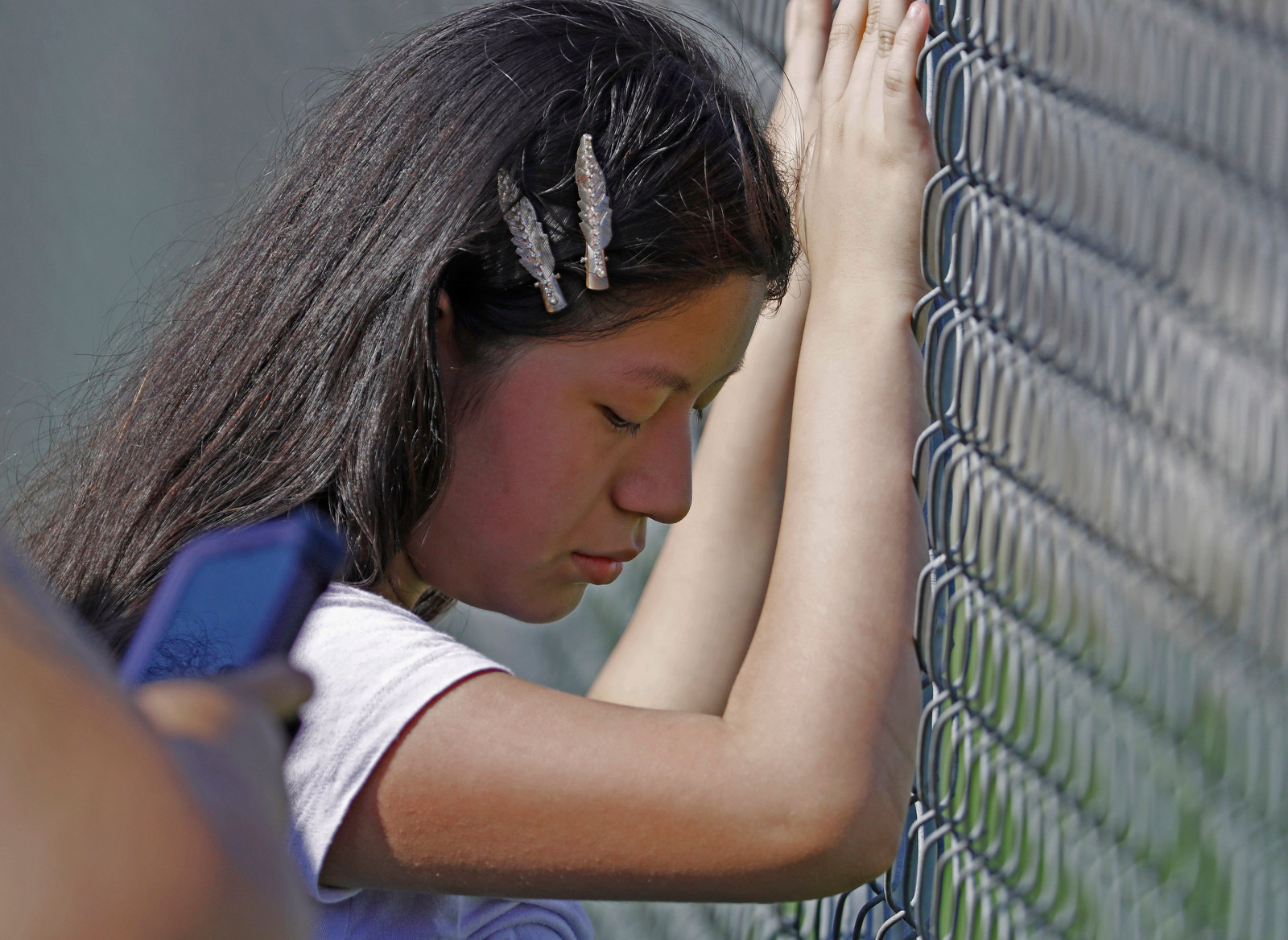 A young woman keeps her hands up against a chain-link fence at the Morton plant. Rogelio V. Solis/AP 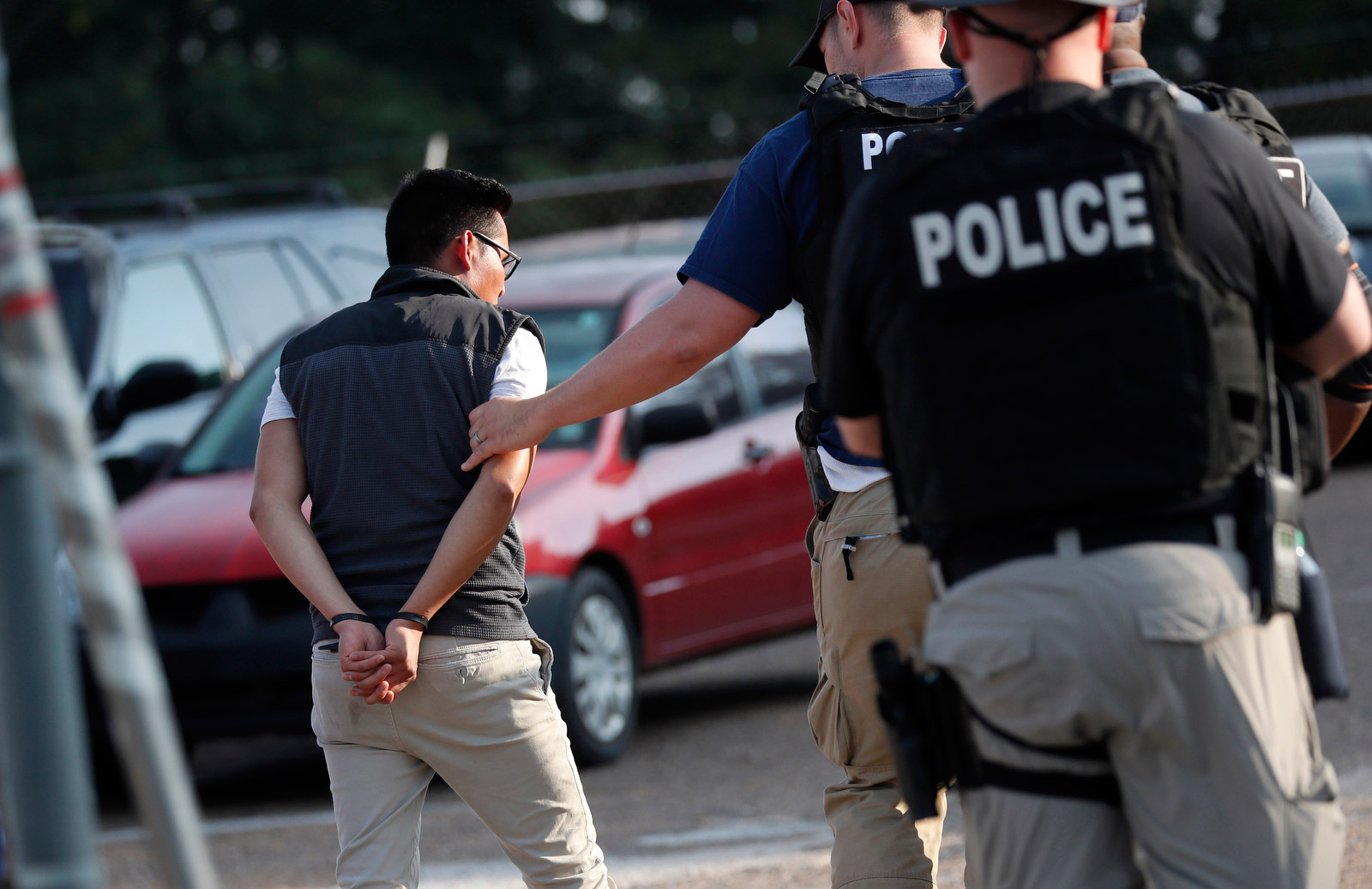 A man is taken into custody at the Morton plant. Rogelio V. Solis/AP 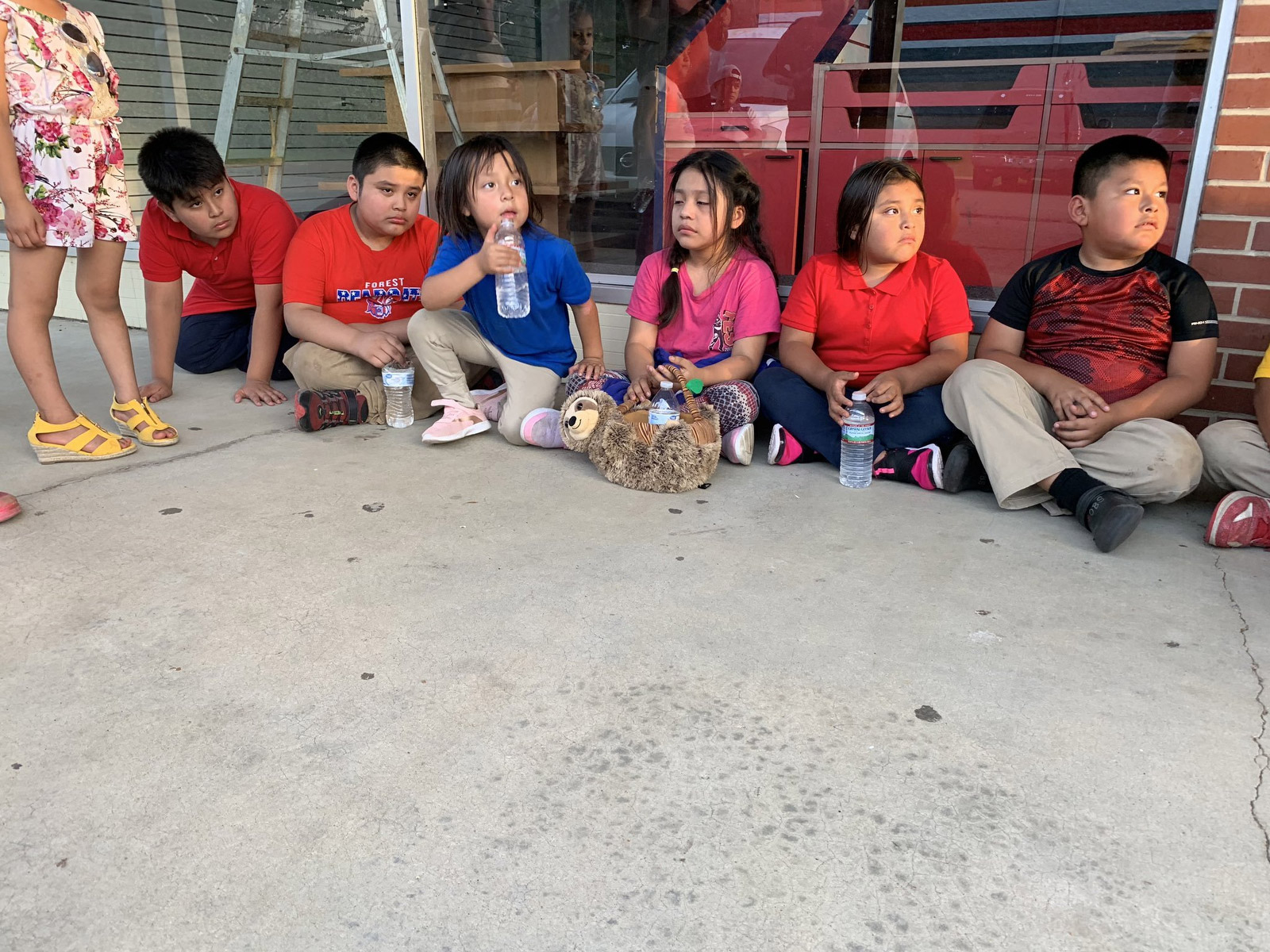 When the raids were over, only the children stayed behind. They spent hours at a local gym in Forest waiting for news about their parents. Alex Love/WJTV 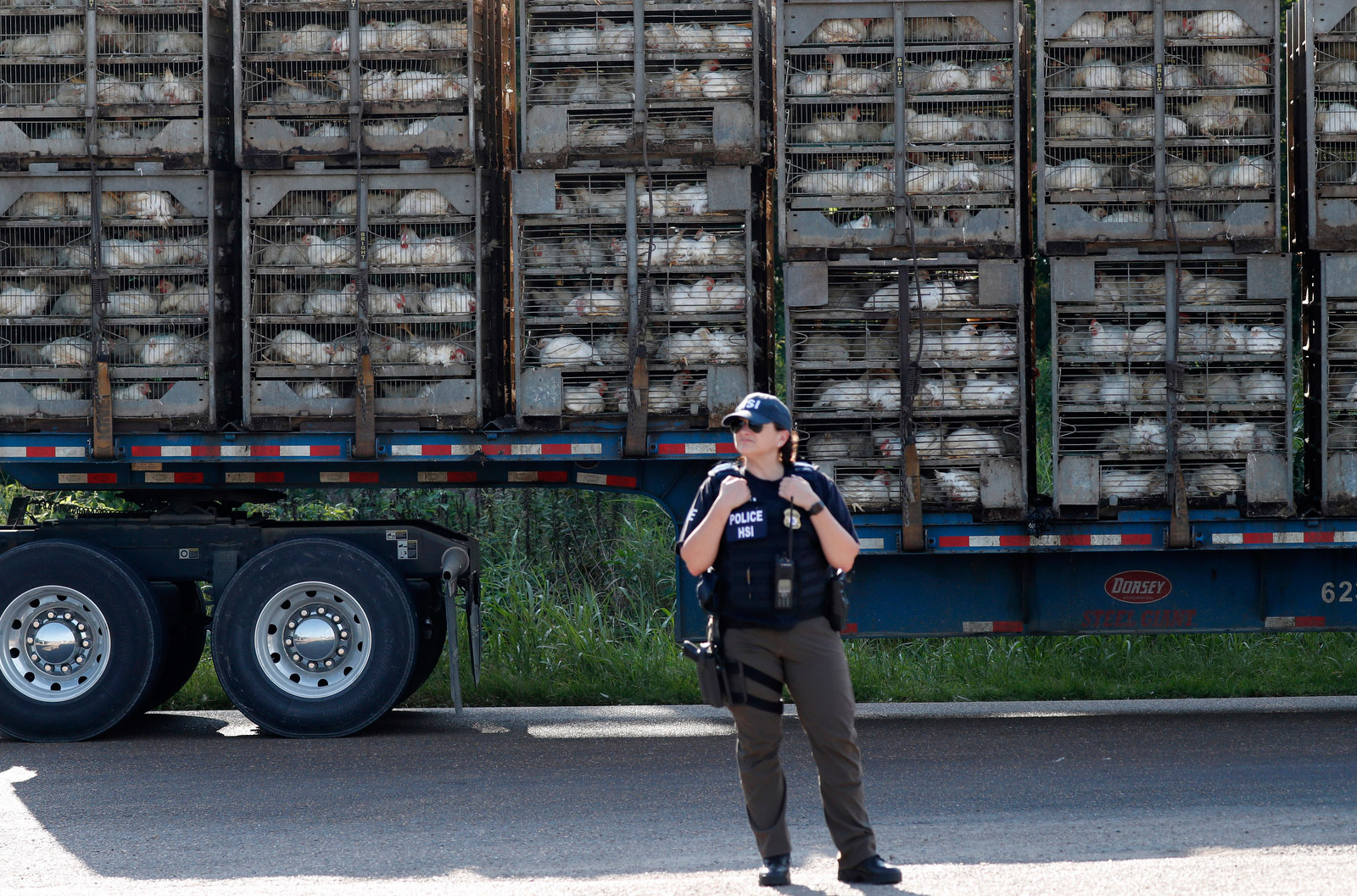 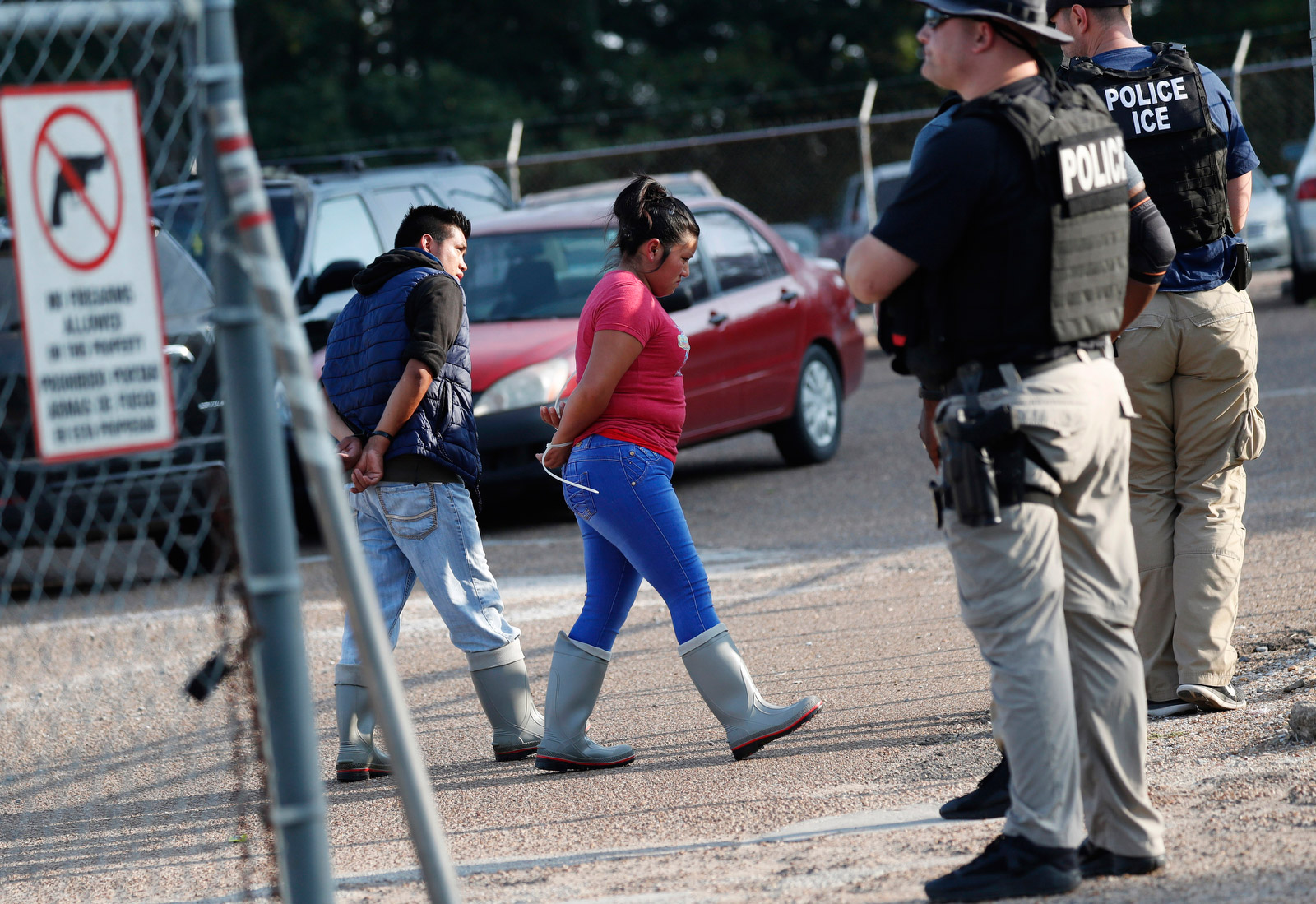 Two people are taken into custody. Officials said the series of raids were planned more than a year ago. Rogelio V. Solis/AP 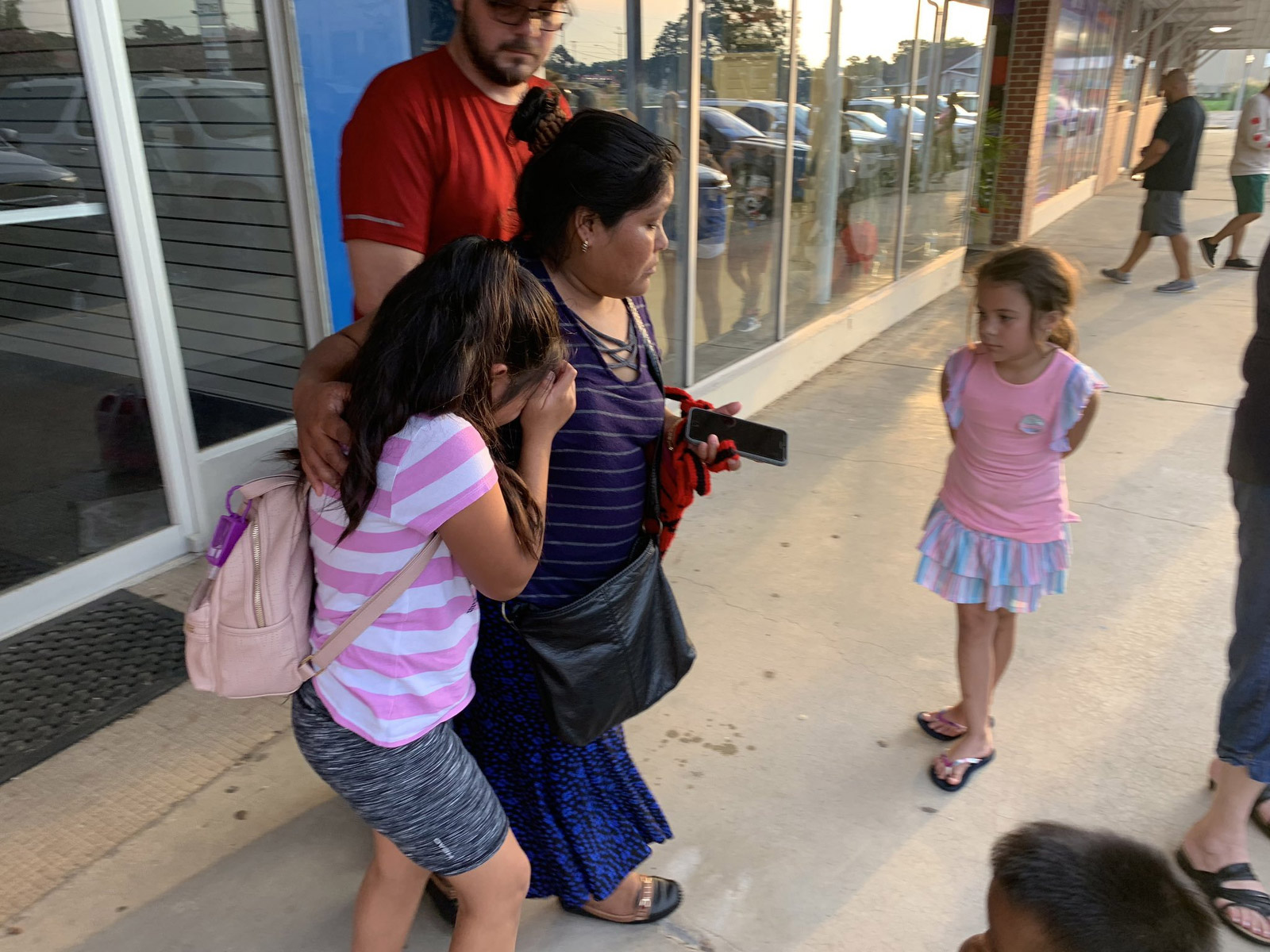 A little girl covers her face as she is escorted to a gym in Forest to await news about her mother’s detention. Alex Love/WJTV 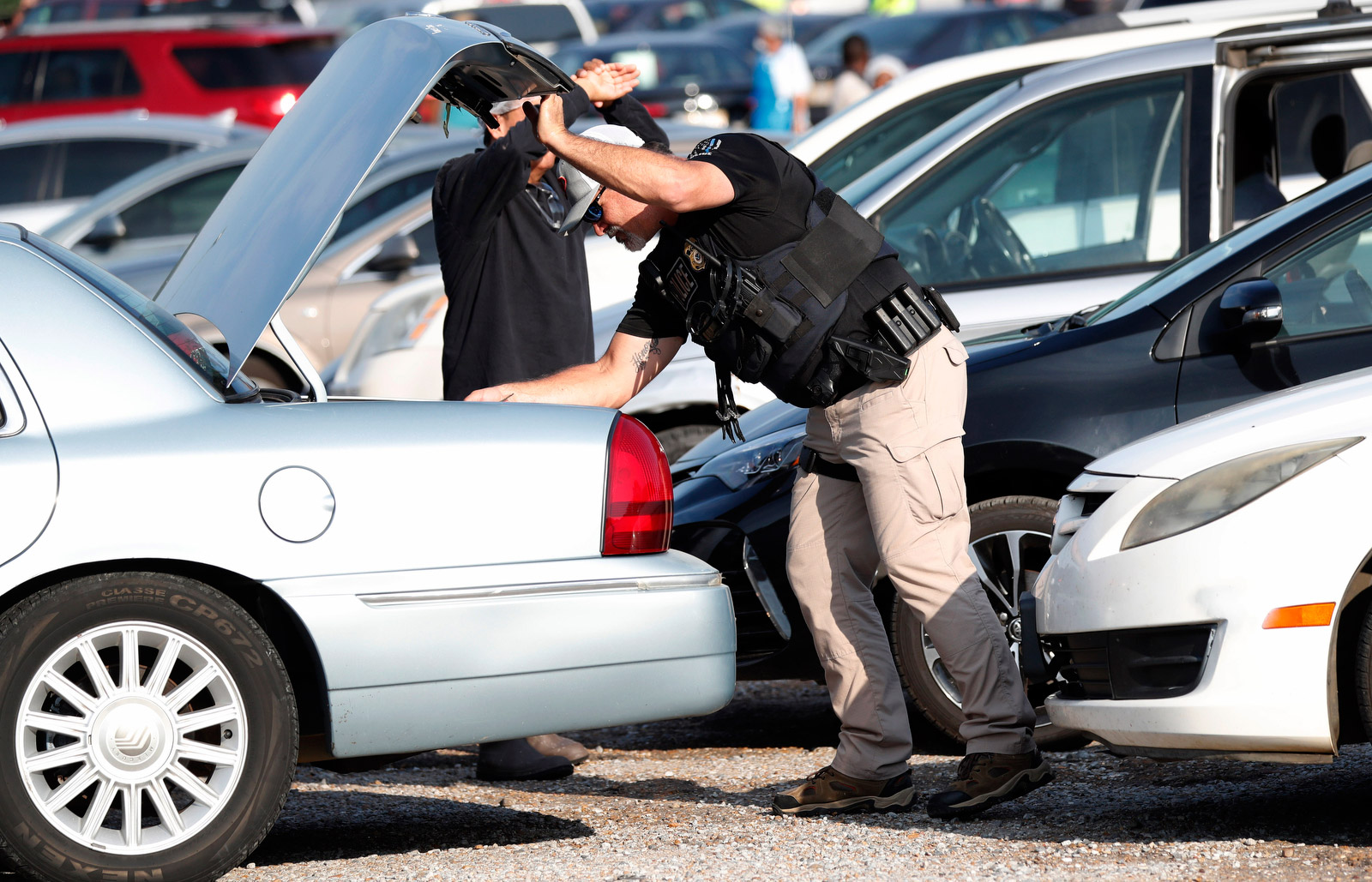 A federal agent searches the trunk of a car leaving the employee parking lot at Koch Foods. Rogelio V. Solis/AP 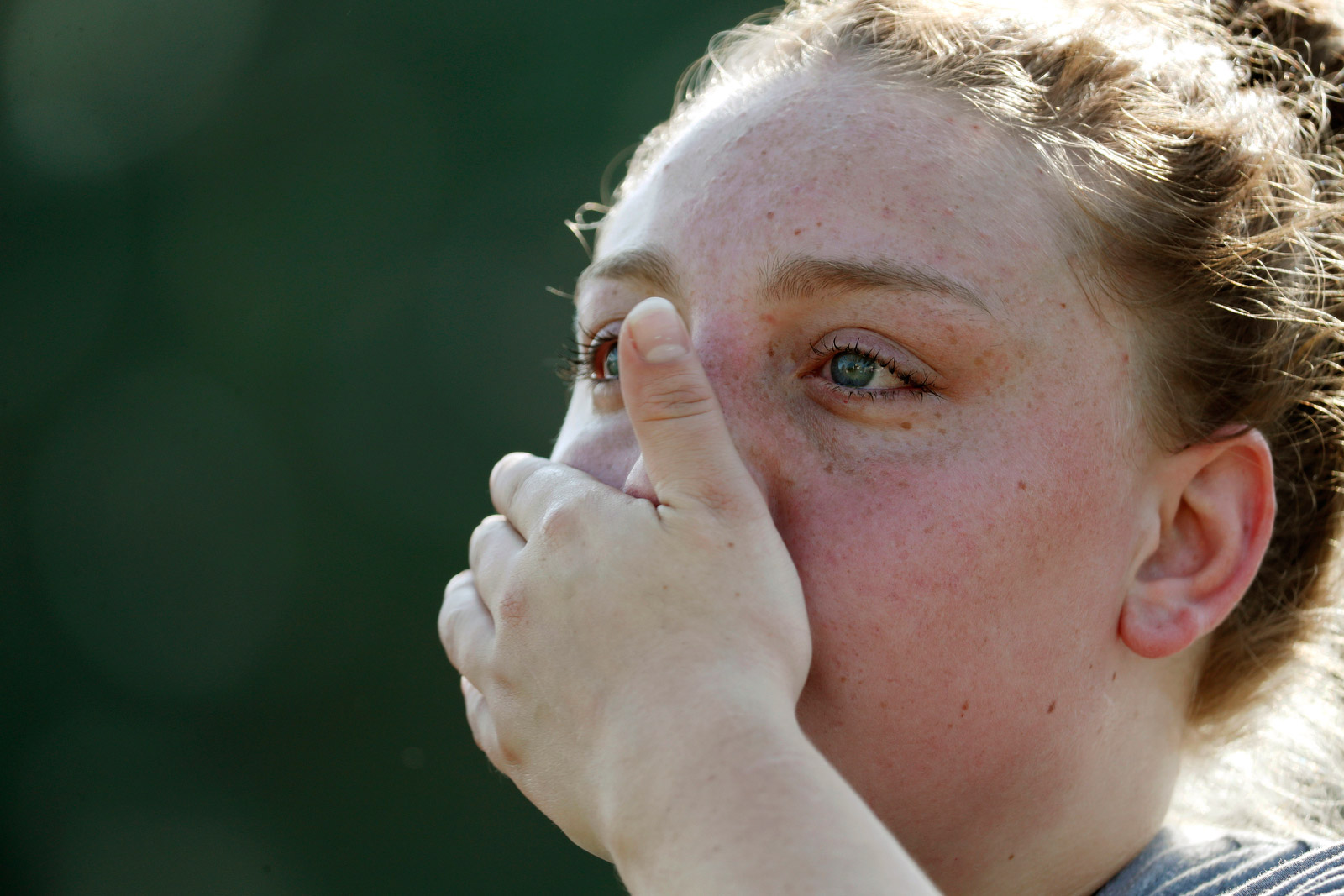 A worker at the Morton plant watches federal agents sweep through the facility. Rogelio V. Solis/AP 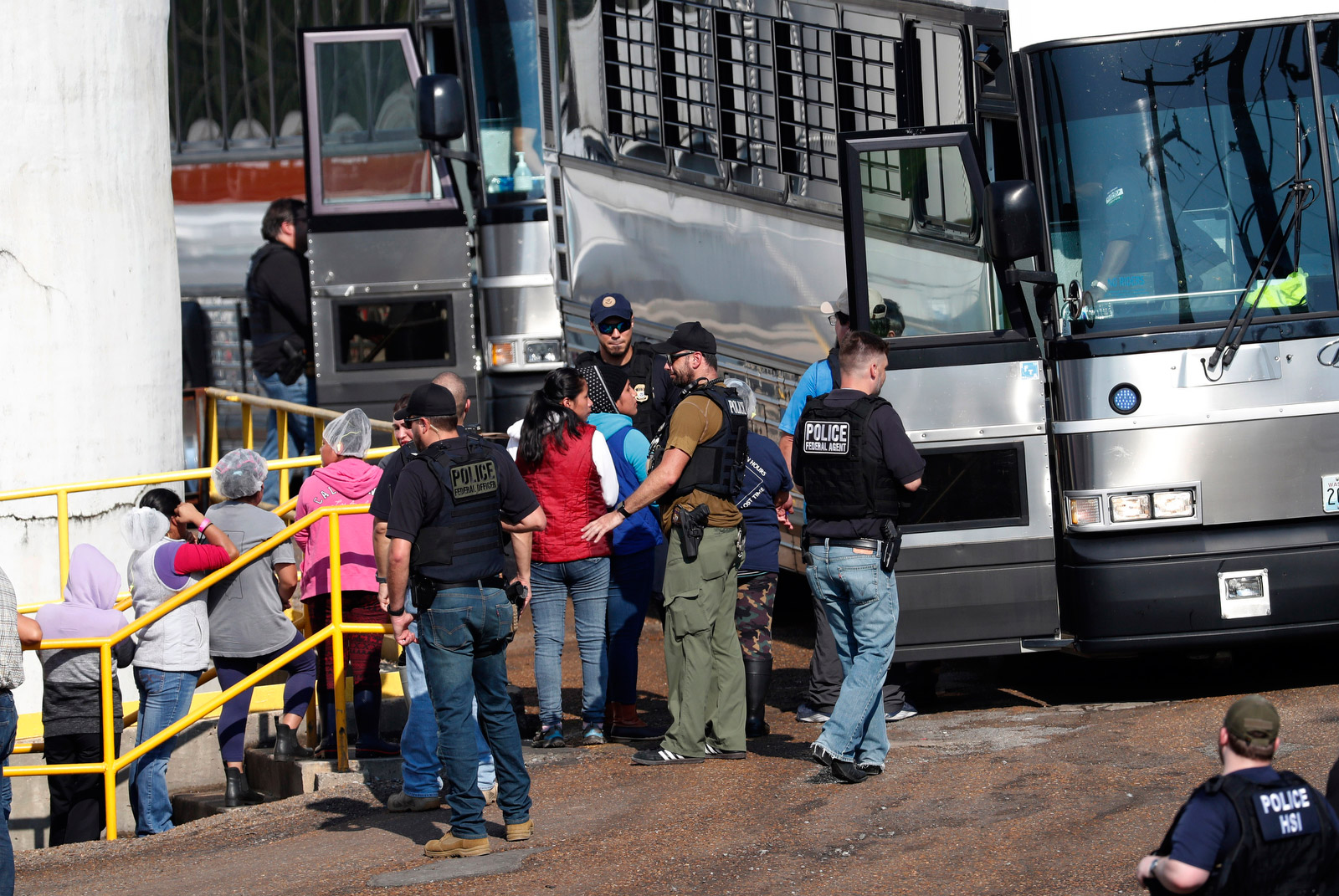 Workers in Morton are escorted onto buses to take them to a processing center. Rogelio V. Solis/AP 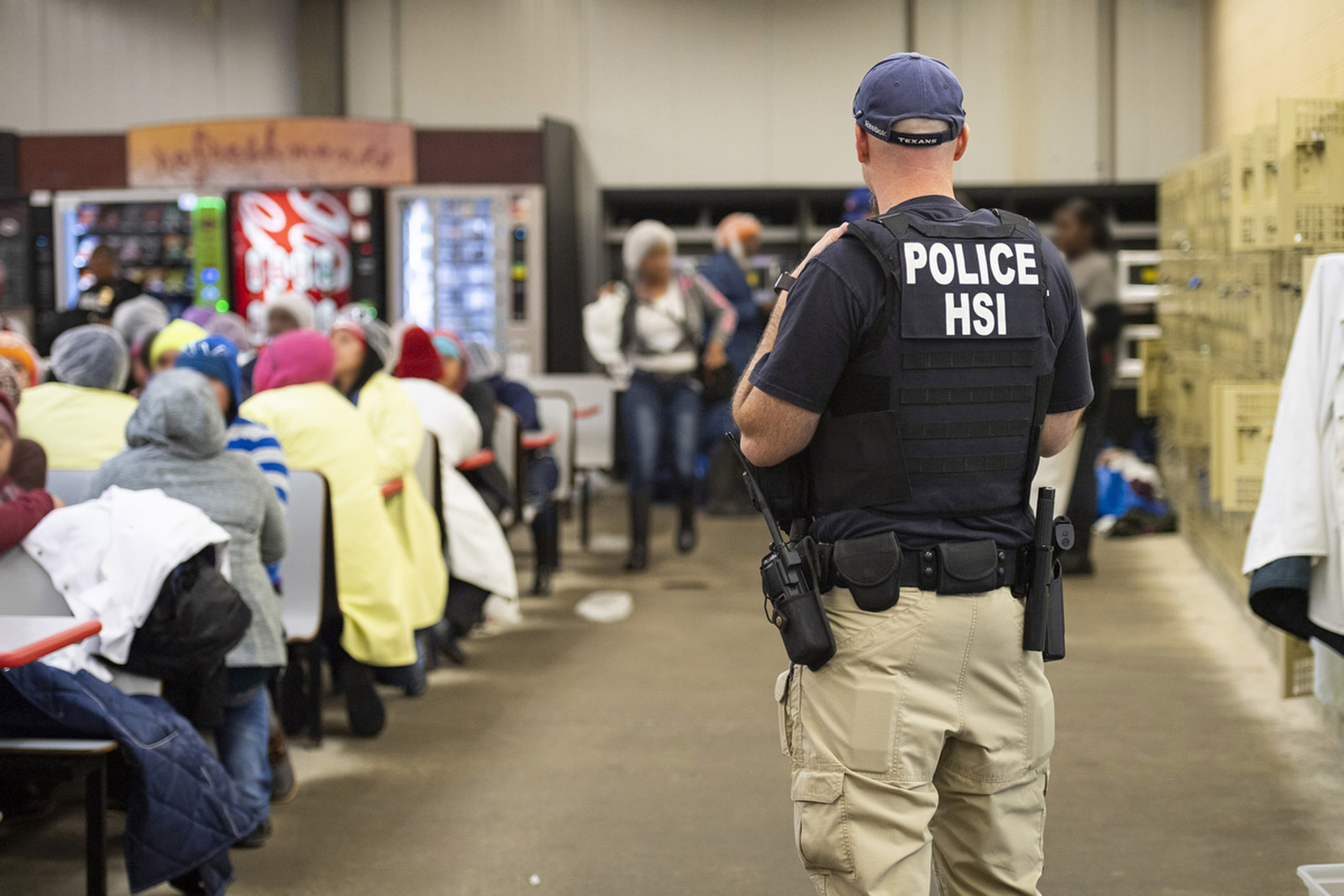 A federal agent looks on as workers gather at an agricultural processing facility in Canton. A. Mason/ICE 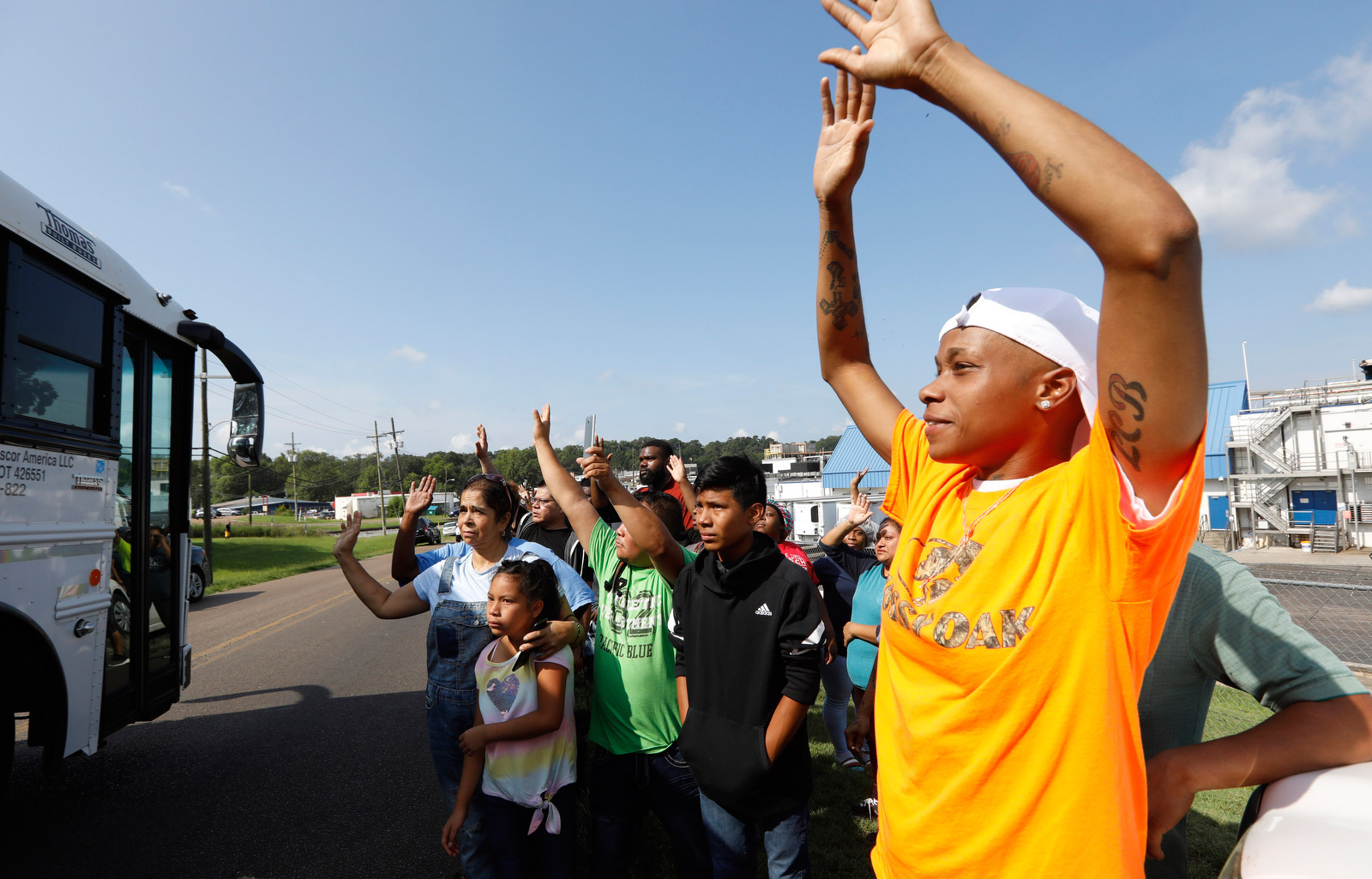 Friends, co-workers and relatives wave as busloads of undocumented immigrants are taken away from their work site in Morton. Rogelio V. Solis/AP