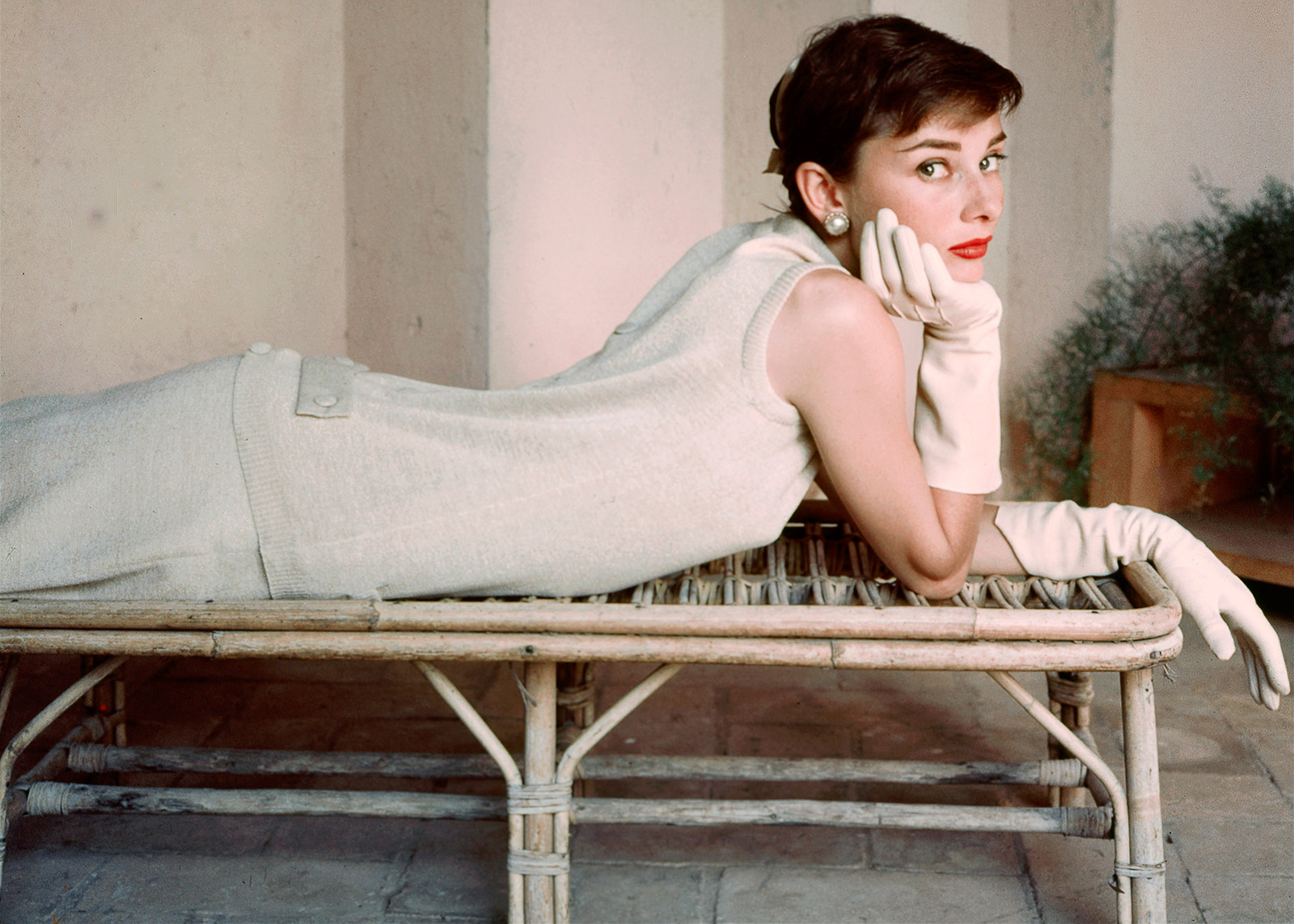 Audrey Hepburn is photographed for Glamour magazine at a farmhouse in Cecchina, Italy, in 1955. She was there filming “War and Peace.” The Norman Parkinson Archive/Iconic Images/ACC Art Book

Audrey Hepburn is photographed for Glamour magazine at a farmhouse in Cecchina, Italy, in 1955. She was there filming “War and Peace.” The Norman Parkinson Archive/Iconic Images/ACC Art Book

Audrey Hepburn was a photographer’s dream.

The camera loved her, of course. It’s one of the reasons the actress remains an icon today, more than 25 years after her death.

But she was also a pro who was a joy to work with.

“She never kept you waiting,” says Douglas Kirkland, a celebrated photographer who worked with Hepburn on a couple of her films. 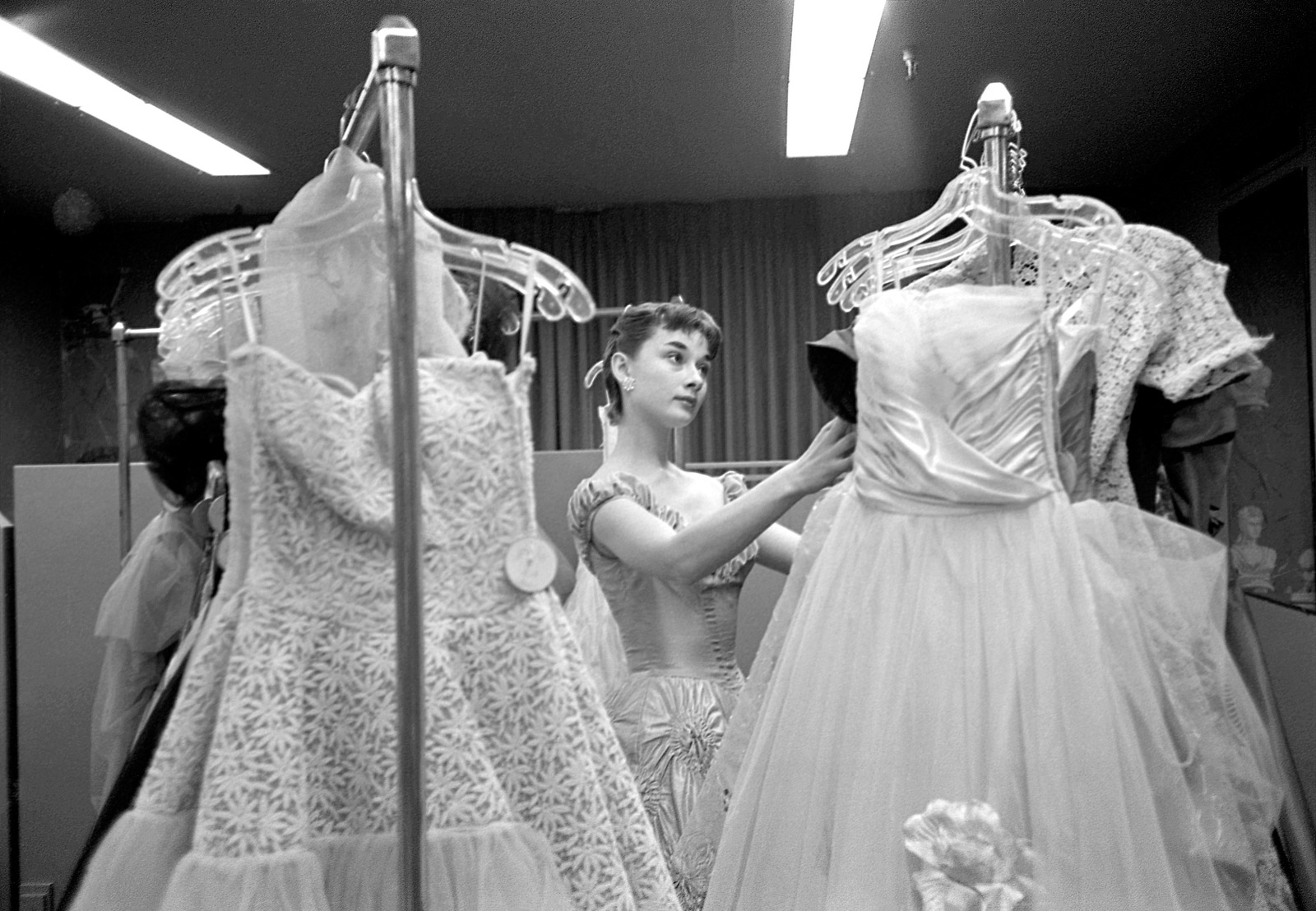 Hepburn is photographed backstage at the Fulton Theatre, preparing for her Broadway debut in the play “Gigi.” Lawrence Fried/Iconic Images/ACC Art Books

In a new book, “Always Audrey,” Kirkland describes what made Hepburn so special.

“She was always working for the camera,” said Kirkland, who has photographed countless movie stars over his career. “She knew what her best angles were, and when she came to our set for setups or stills, she was always prepared, ready and on time with her wardrobe and hair done precisely.

“She was superb in every way. Truthfully, I wish there were more Audrey Hepburns today.” 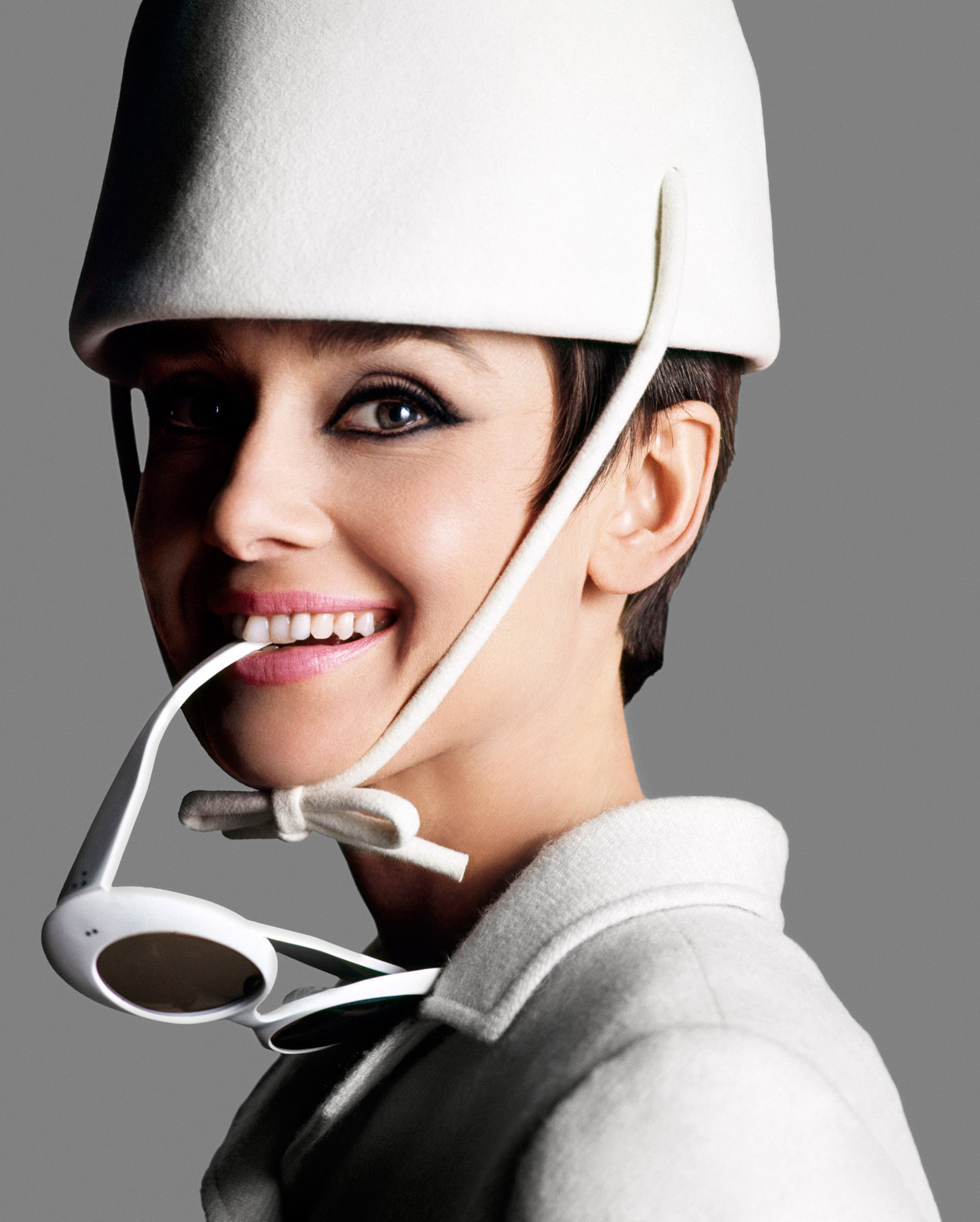 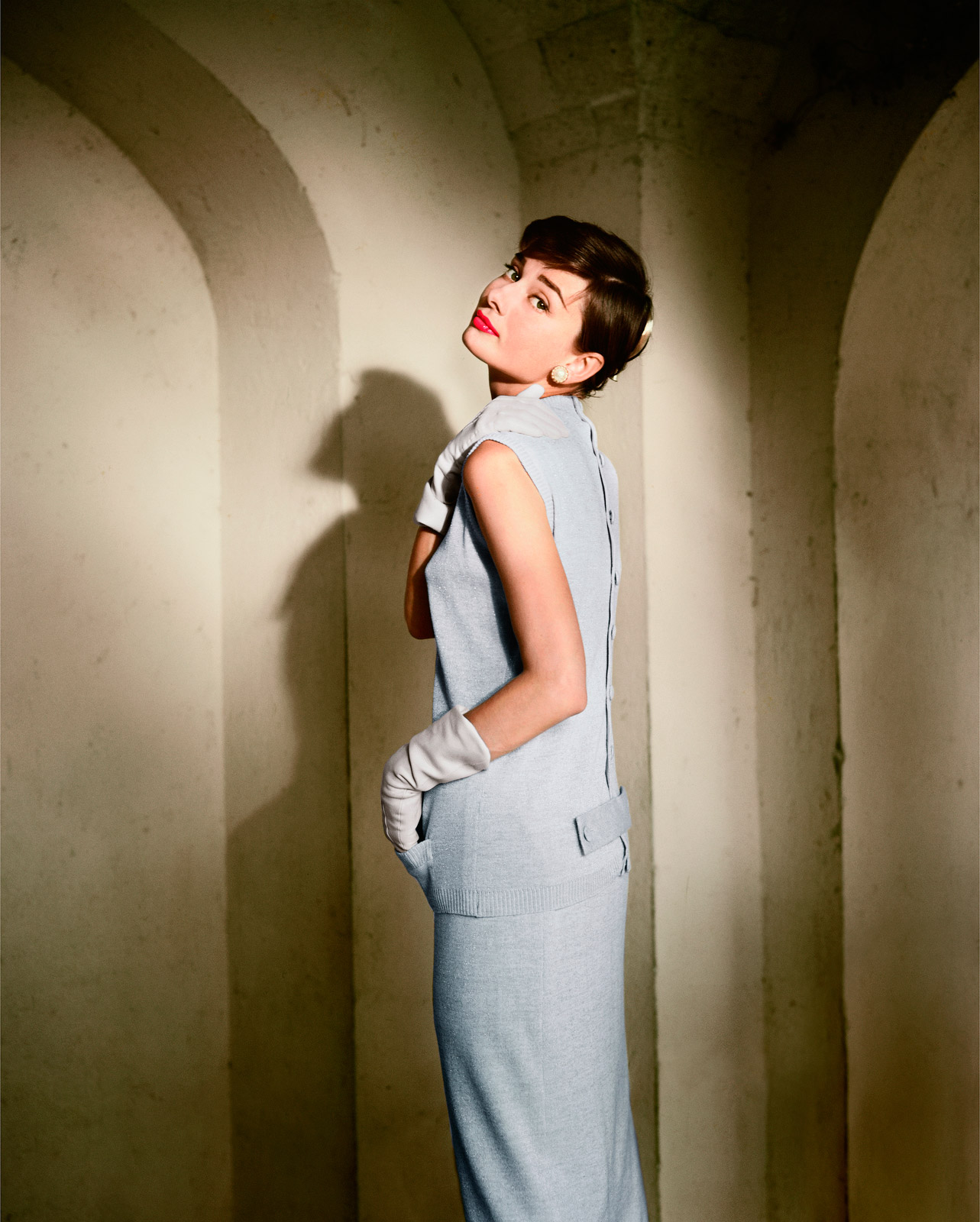 Kirkland is one of six photographers whose work is featured in “Always Audrey.” The book shows Hepburn on and off stage, at different stages of her career.

Many of the photos are rare. Some have never been published before. 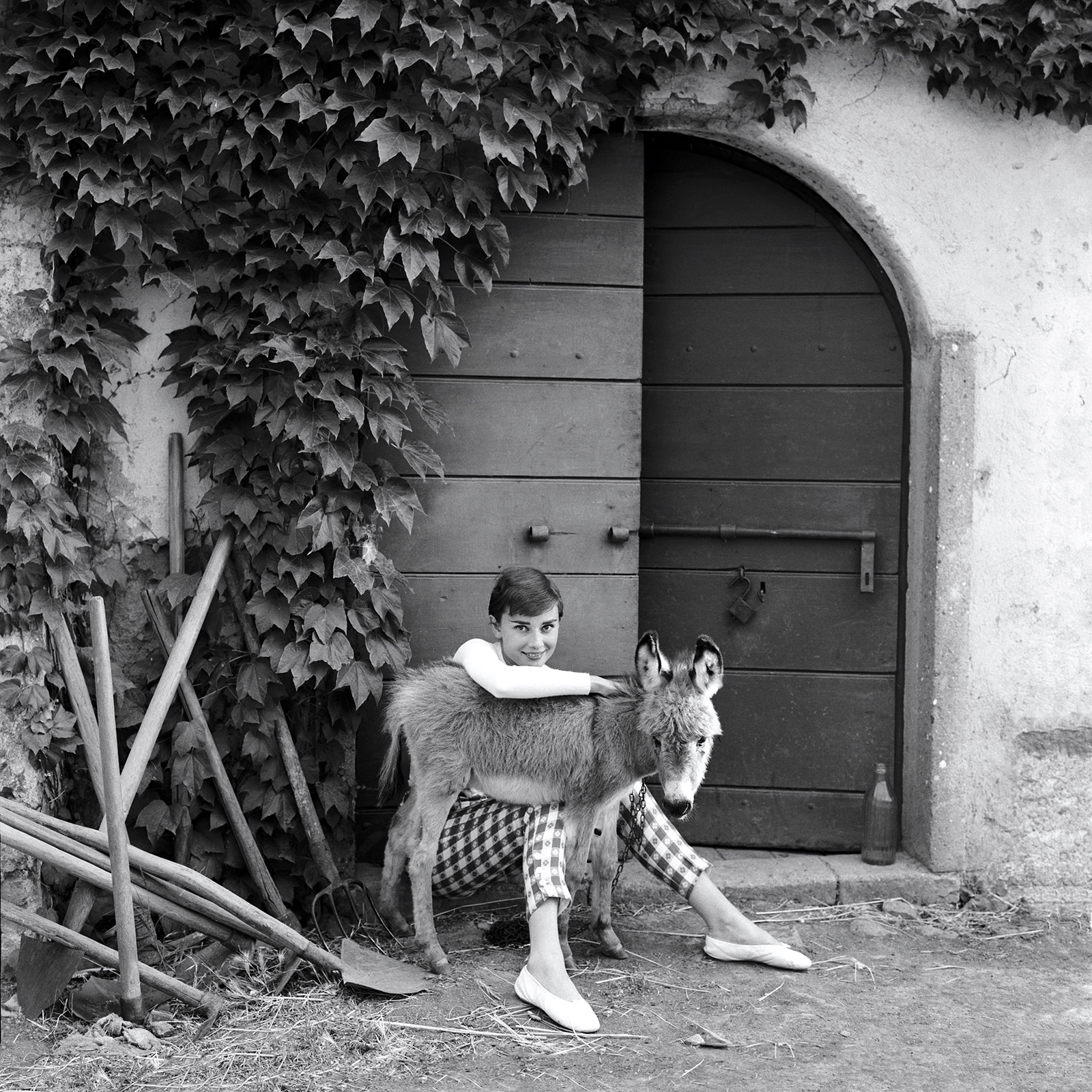 The idea for the book came as they went through the archives of Lawrence Fried, an award-winning photographer who covered movie stars, famous musicians and even world leaders such as John F. Kennedy.

“We were just absolutely struck by the Audrey Hepburn photos,” she recalled. “This is young Audrey in New York City when she just got the role of ‘Gigi’ on Broadway, right before she became the star that she is today.”

That was in 1951. Two years later Hepburn starred in her first Hollywood film, “Roman Holiday,” and she went on to win the Academy Award for best actress. 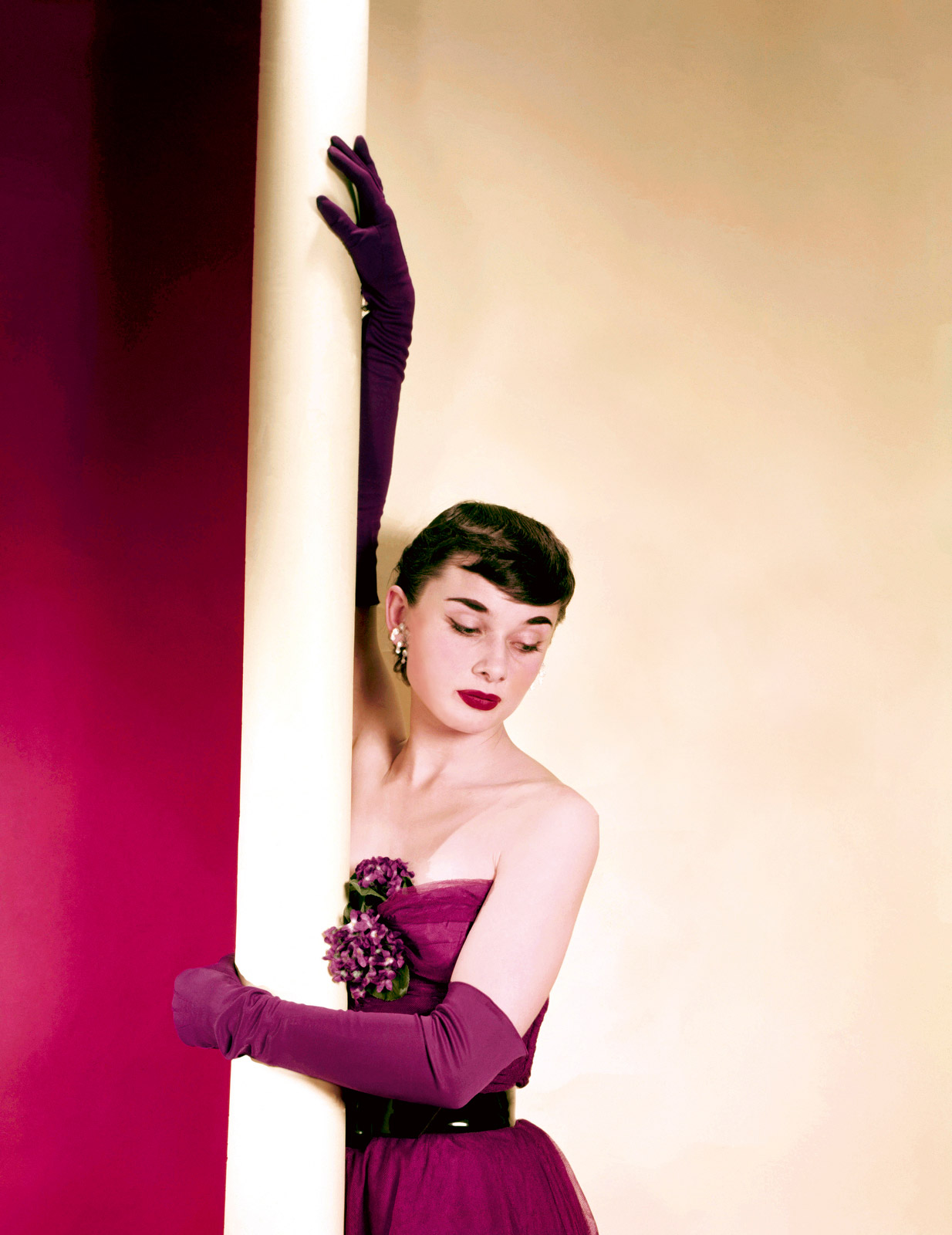 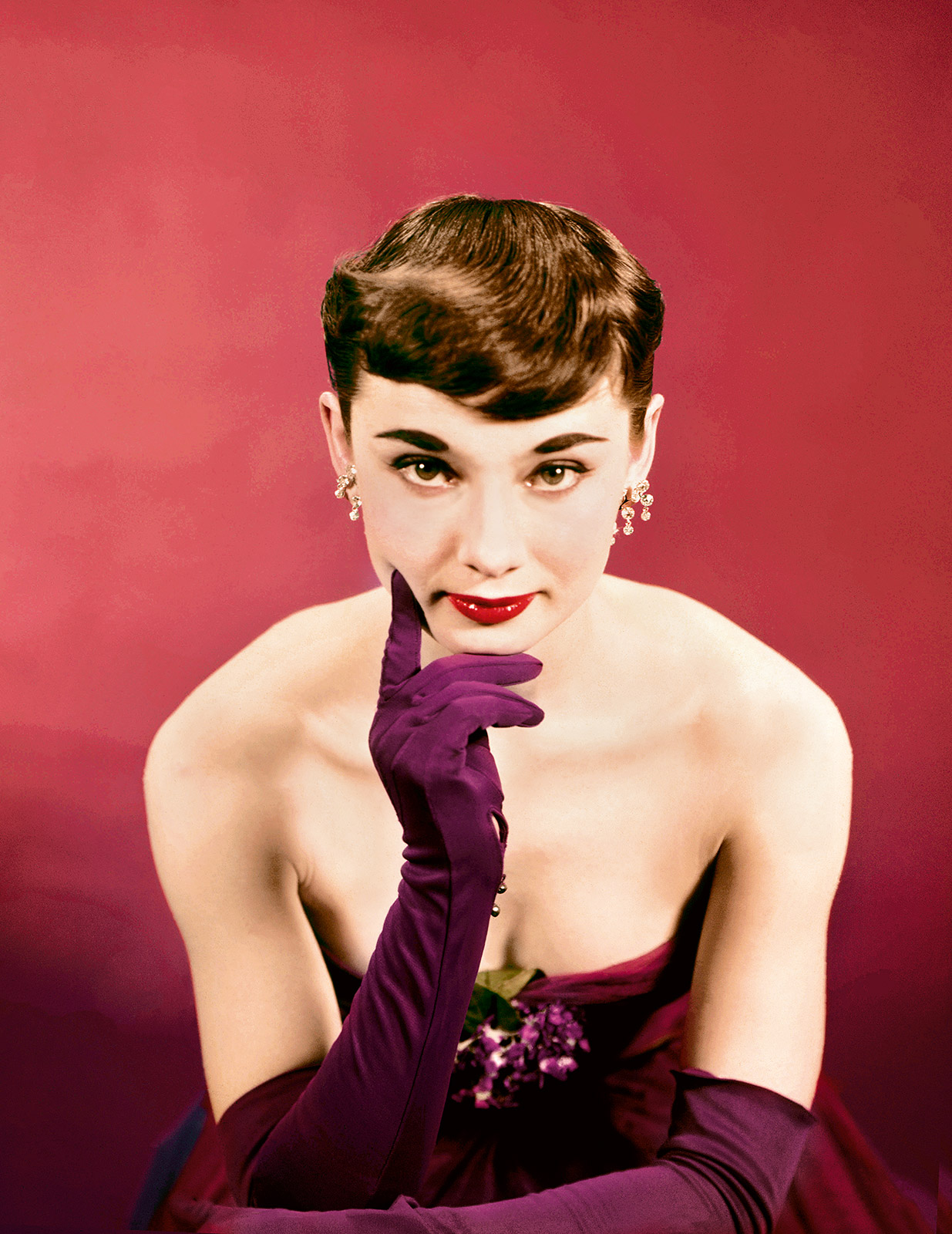 Hepburn is one of just 15 people who have won an Academy Award, a Grammy Award, a Tony Award and an Emmy Award. Lawrence Fried/Iconic Images/ACC Art Books

Over the next decade, Hepburn starred in films such as “Sabrina,” “Funny Face” and “Breakfast at Tiffany’s.” Legendary photographers jumped at the chance to work with her, and she was eager to give them her best, Kania said.

You have to remember that there weren’t dozens of television programs back then to promote a new movie and sell tickets. There wasn’t social media. Stars depended on publicity from magazines and newspapers, and they put their trust in photographers to show them in their best light. 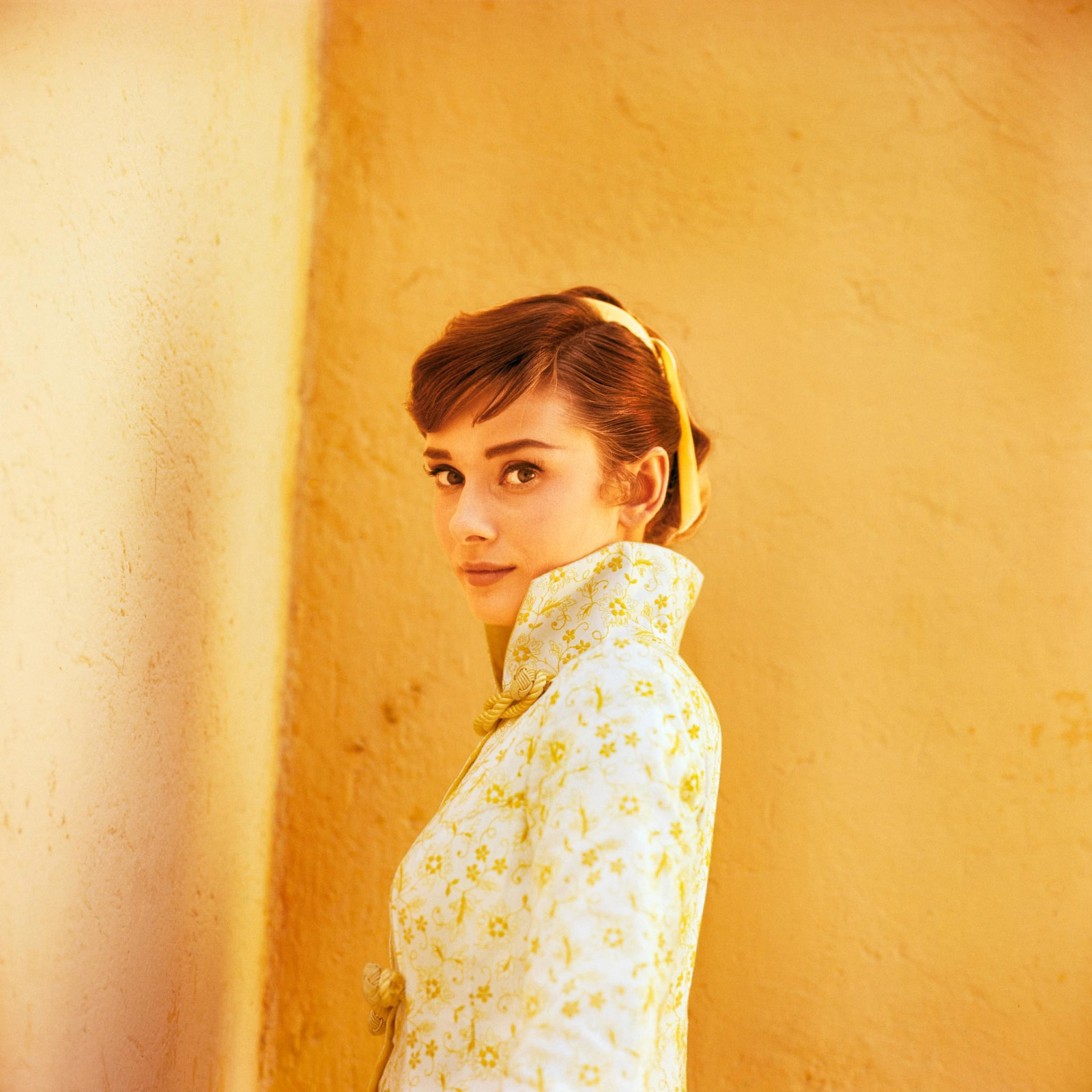 Hepburn on the set of “War and Peace” in 1955. Milton H. Greene/ACC Art Books

Hepburn seemed to know this as much as any celebrity at the time. She also knew herself and what worked for her on camera. 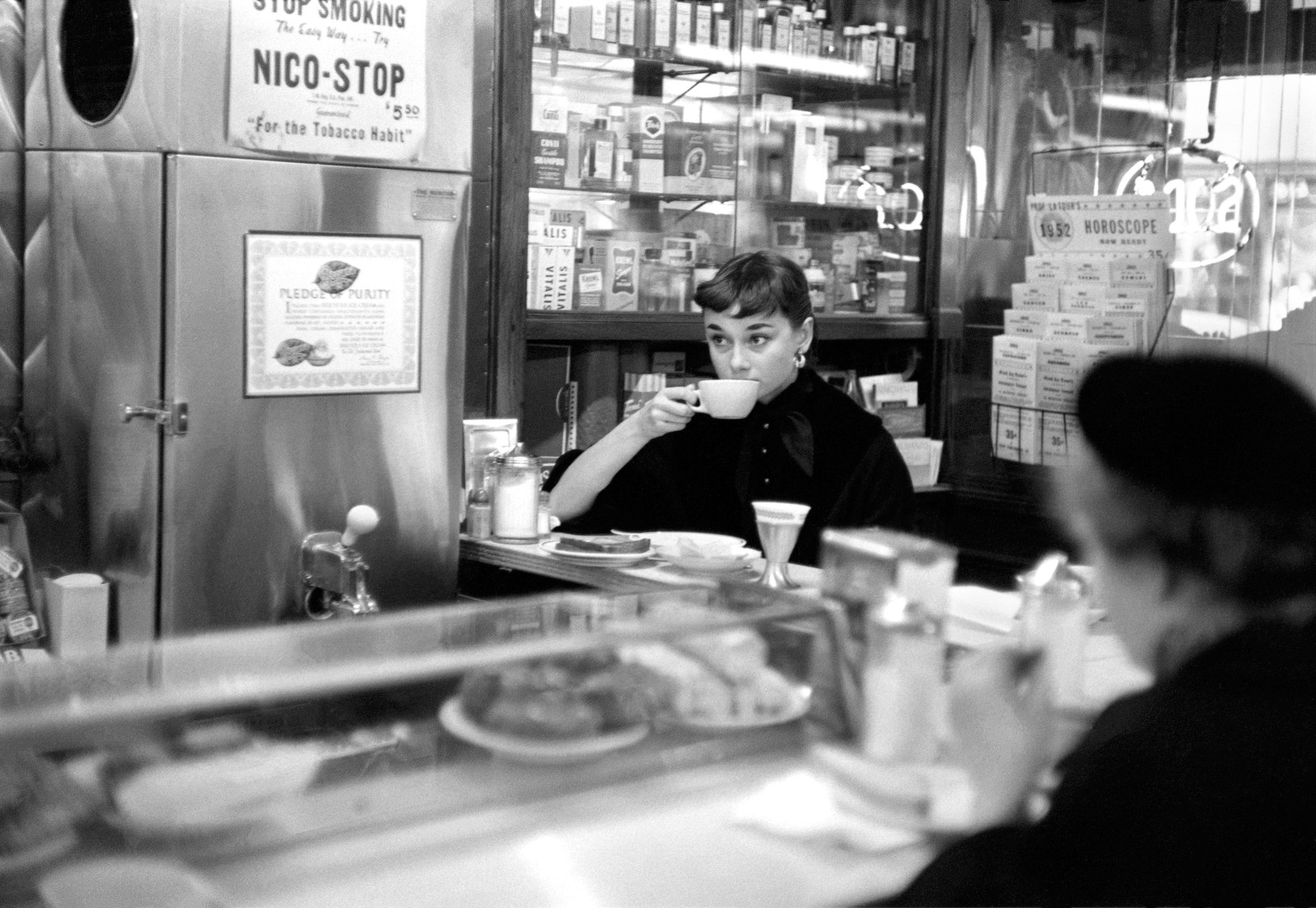 Hepburn is photographed in New York City in 1951. Hepburn, starring on the Broadway play “Gigi” at the time, was on the verge of superstardom. Lawrence Fried/Iconic Images/ACC Art Books 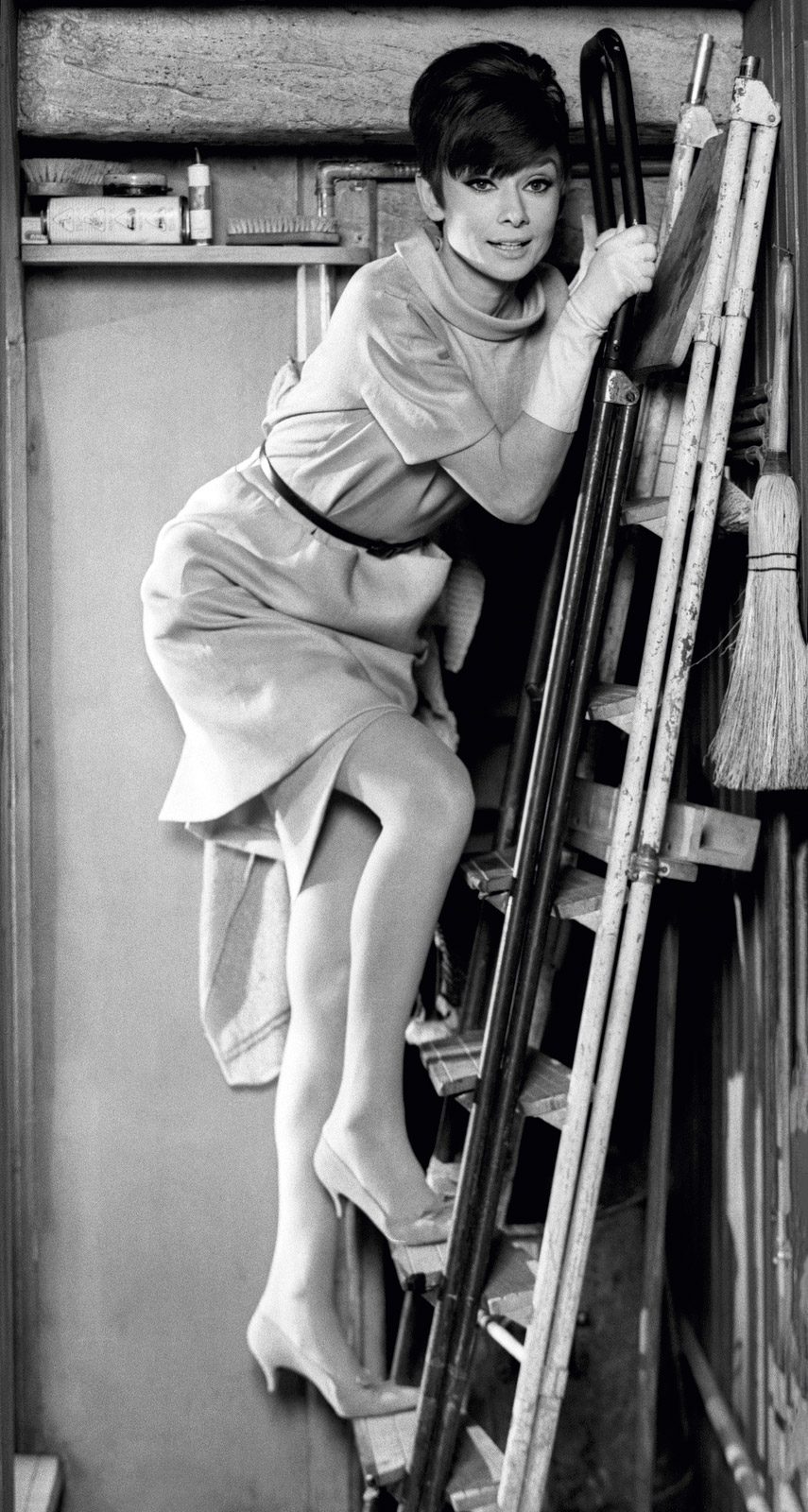 Hepburn on the set of the 1966 film “How to Steal a Million.” Terry O'Neil/Iconic Images/ACC Art Books 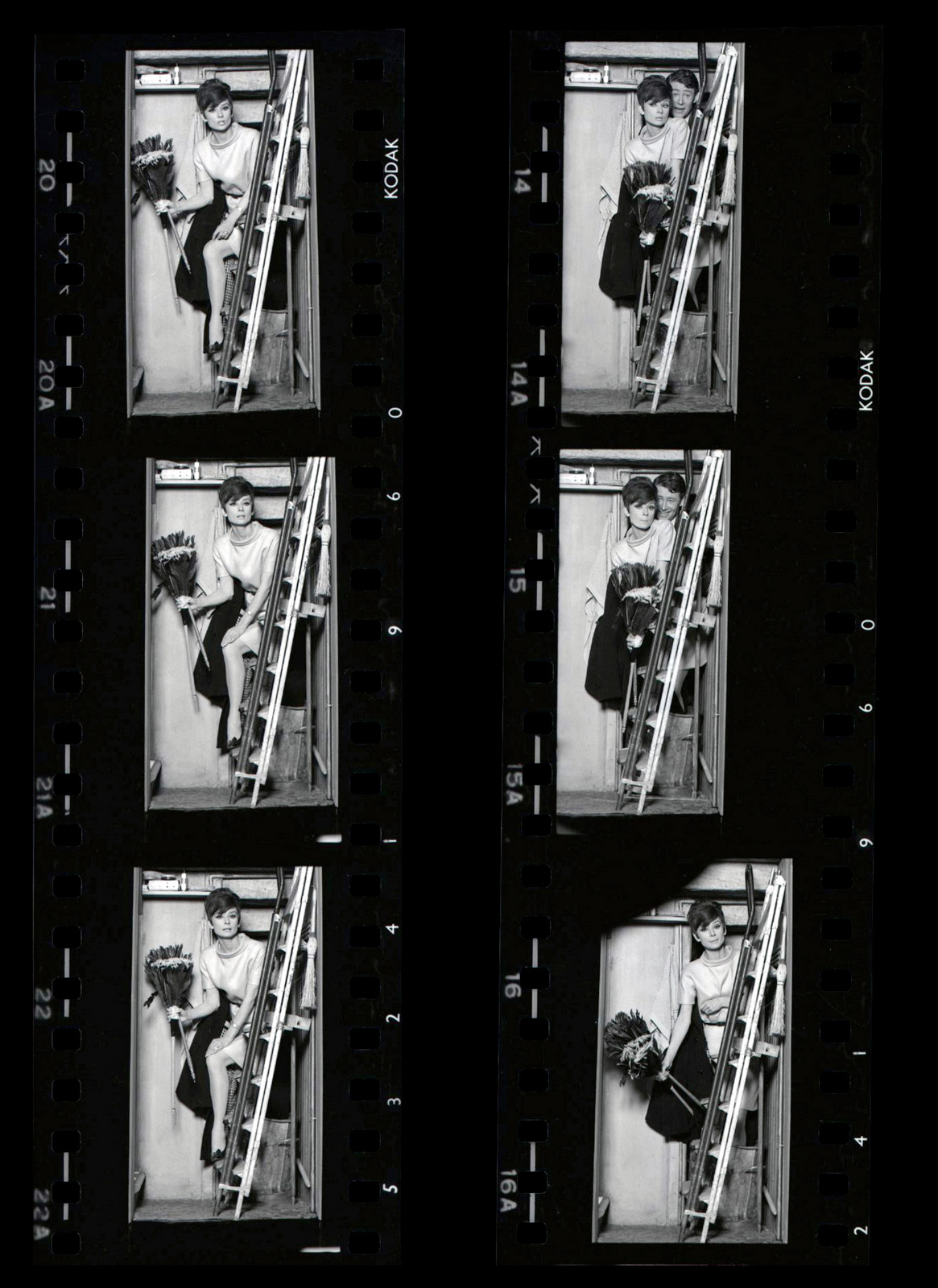 Contact sheets from the “How to Steal a Million” photo shoot. Terry O'Neil/Iconic Images/ACC Art Books

O’Neill worked with Hepburn on the sets of two films: “How to Steal a Million” and “Two for the Road.”

But he says in the book that he hopes his photos portray what Hepburn was like off camera.

“She was one of the most kind and generous people I’ve ever worked with,” he said. “She lit up a room and never took a bad picture. My job was easy — I just had to be there and press the button.

“I can’t say enough good things about Audrey. I was lucky to be there.” 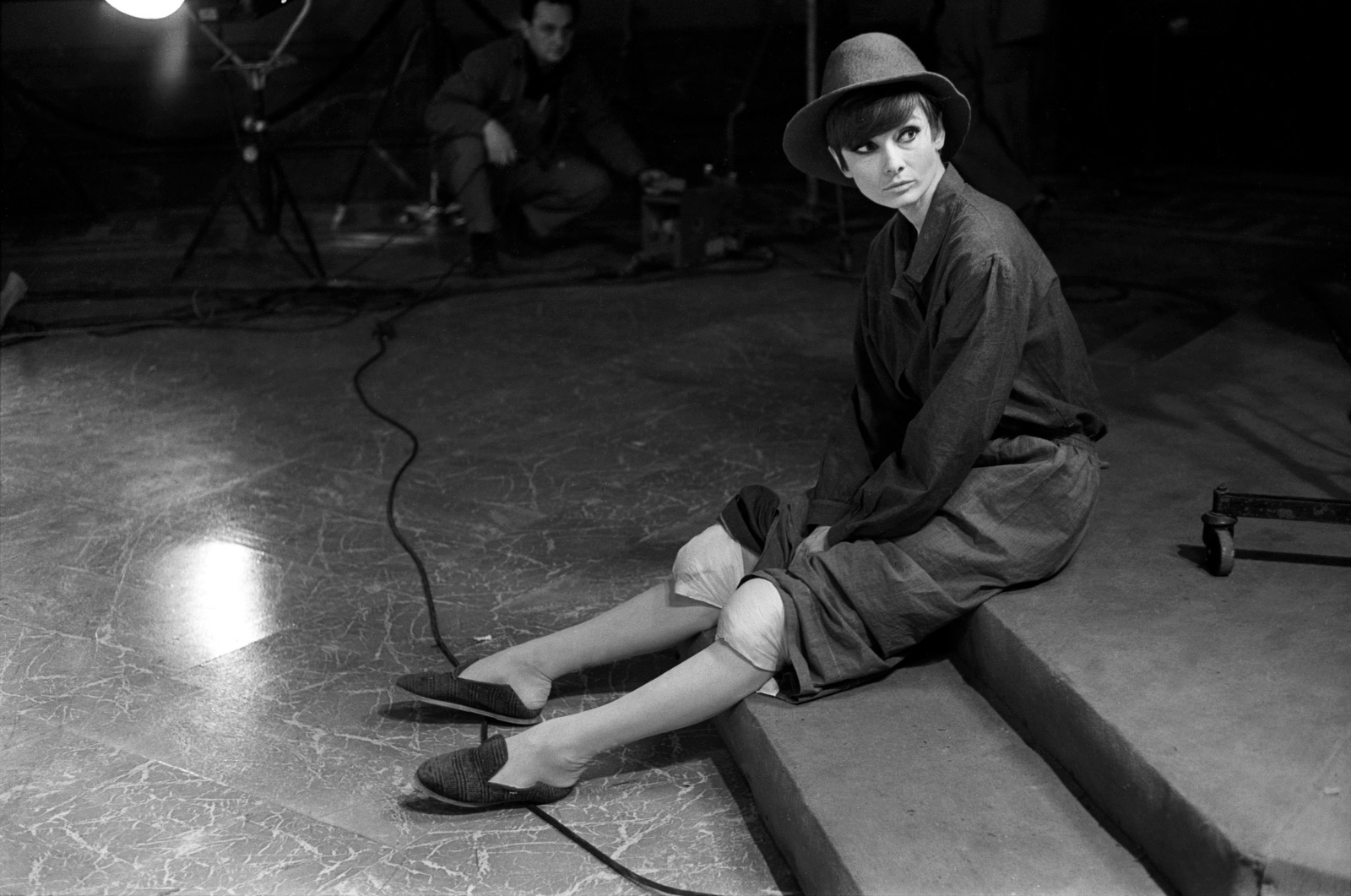 Hepburn waits for the next scene on the set of “How to Steal a Million.” Terry O'Neil/Iconic Images/ACC Art Books