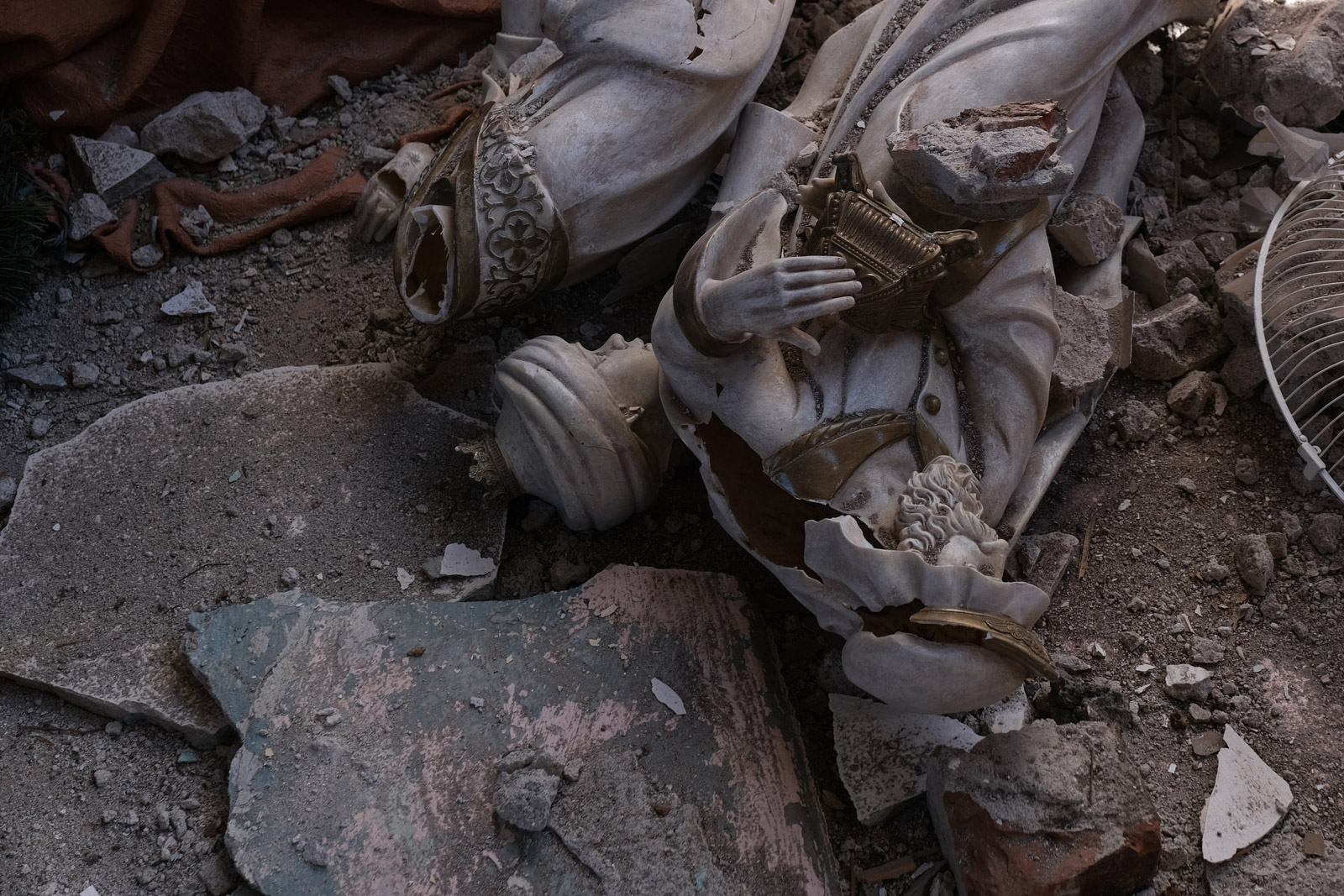 A broken church statue is seen amid rubble in Guayanilla, Puerto Rico.

A broken church statue is seen amid rubble in Guayanilla, Puerto Rico.

These are difficult times in Puerto Rico.

Since December 28, the Caribbean island has been struck by more than 500 earthquakes with a magnitude of 2 or greater.

The biggest came before dawn Tuesday when a 6.4 magnitude quake, centered off the southern coast, killed at least one person and destroyed dozens of homes and structures.

“At the moment there's a lot of uncertainty. There's a lot of tension and anxiety,” said photographer Gabriella N. Báez, who has lived on the island her whole life and has been documenting the aftermath of Tuesday’s quake. 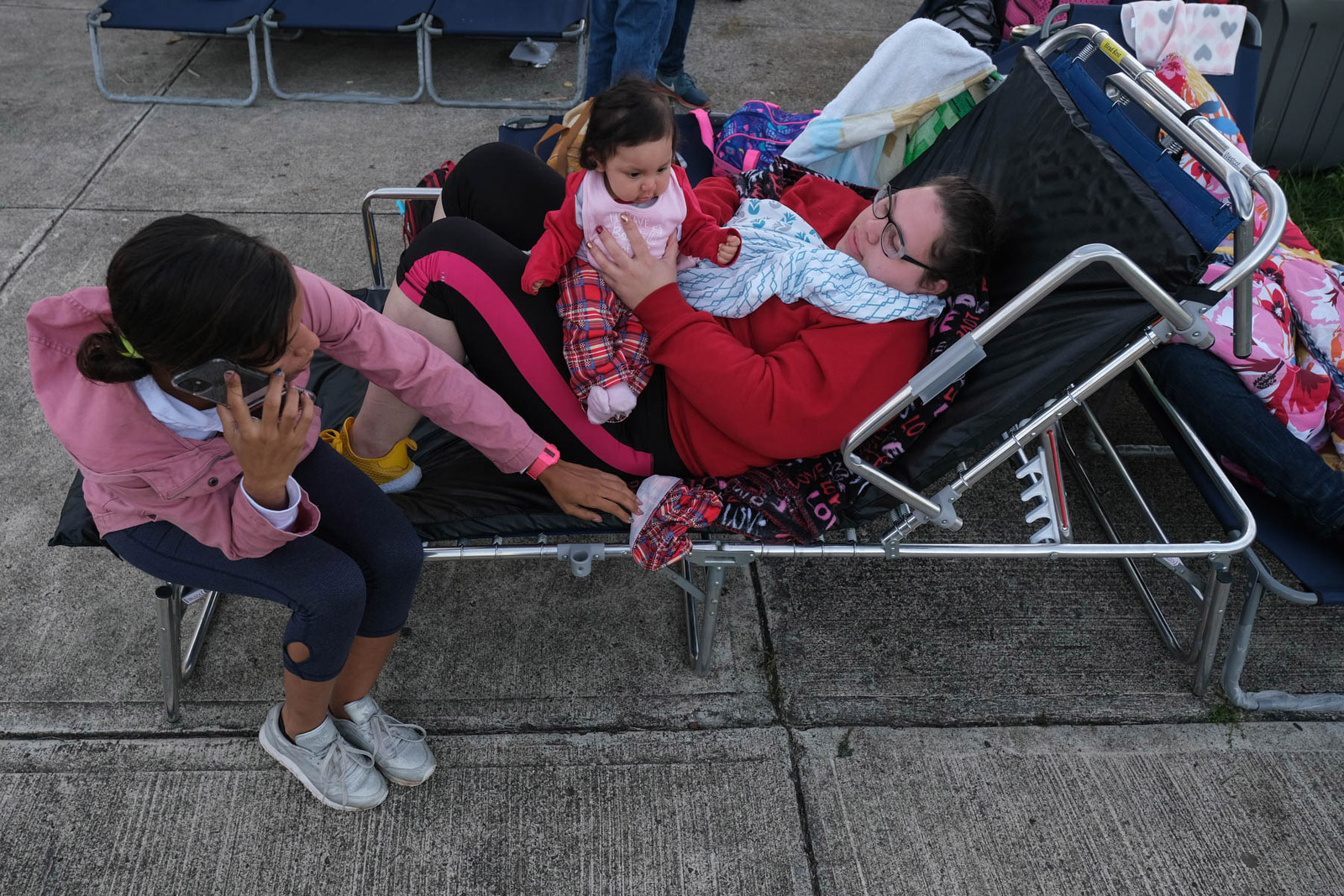 Tatiana Rodriguez, right, rests with her family at a refuge center in Guayanilla. She says she worries that recovery will be difficult, especially for those hit hard by Hurricane Maria two years ago. 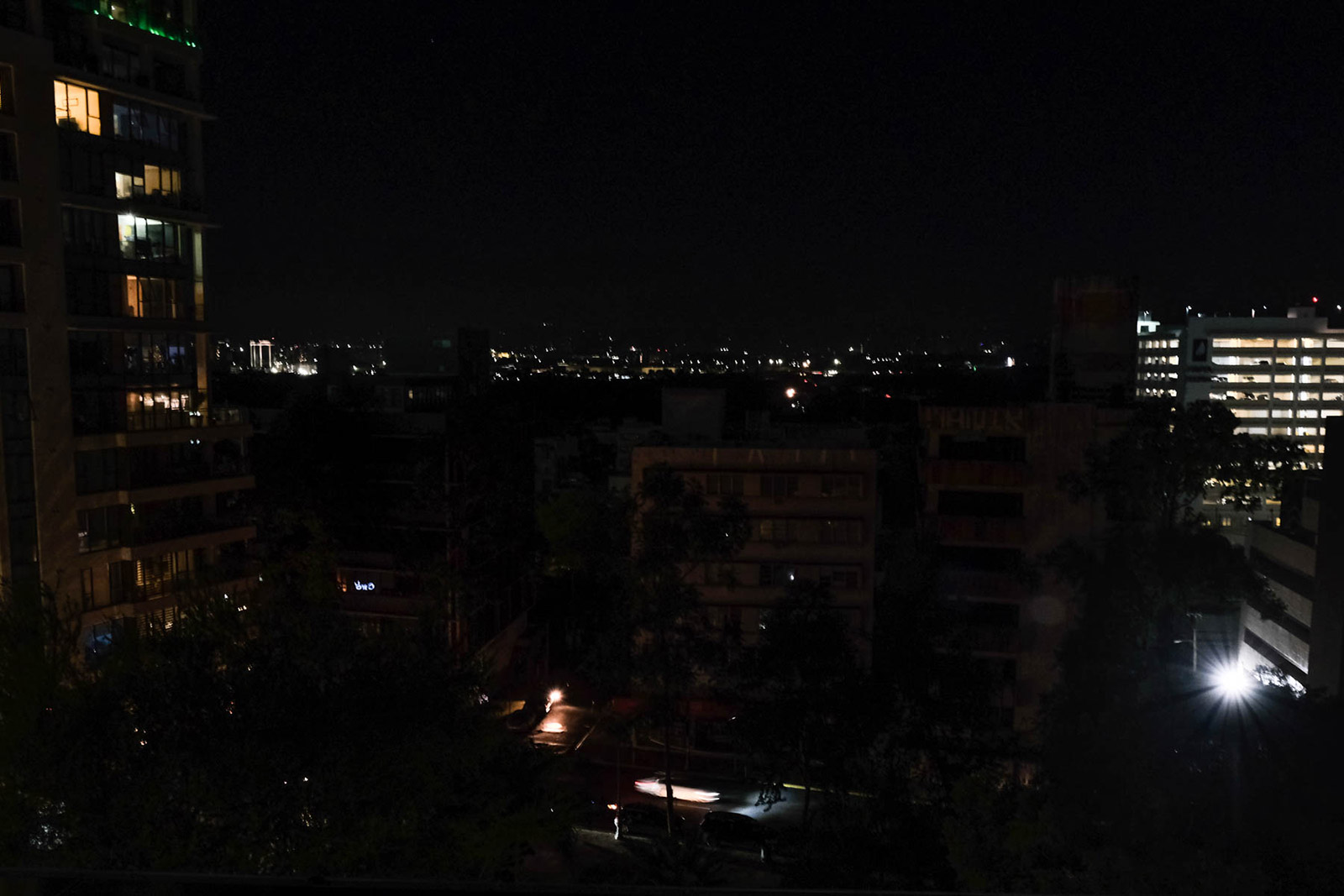 “People are just sleeping outside in tents or in their cars because they're afraid that another earthquake may strike and it might be a bigger one,” Báez said. “They don't want to get stuck under a roof.”

Some have fled to refuge centers. Báez visited shelters in Guanica, Guayanilla and Ponce near the island’s southwestern coast.

“Here they have access to food, have access to charge their phone, have water,” Báez said. “And different government agencies are in the refuge providing aid.” 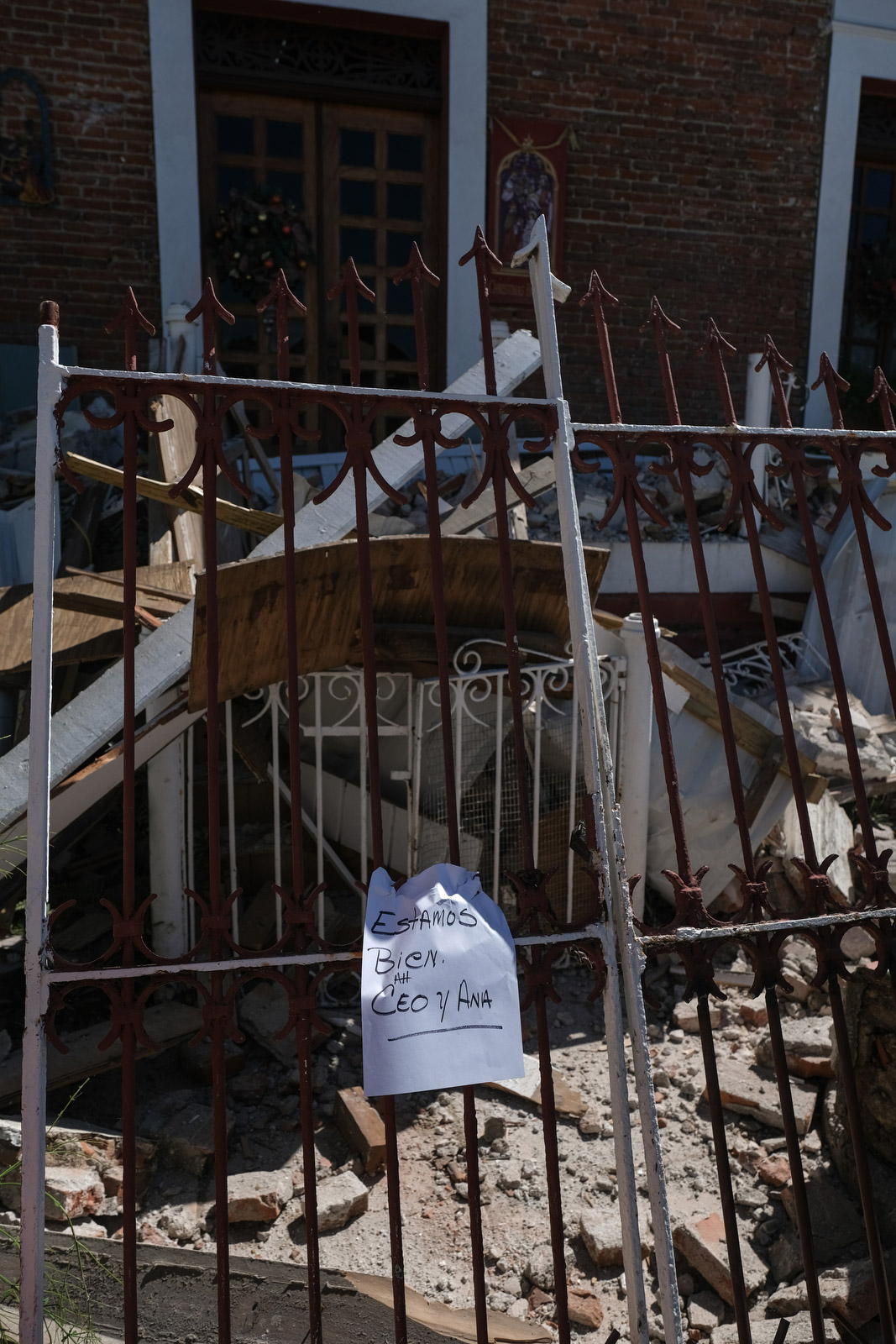 A sign at a home in Guayanilla reads “We are OK.” 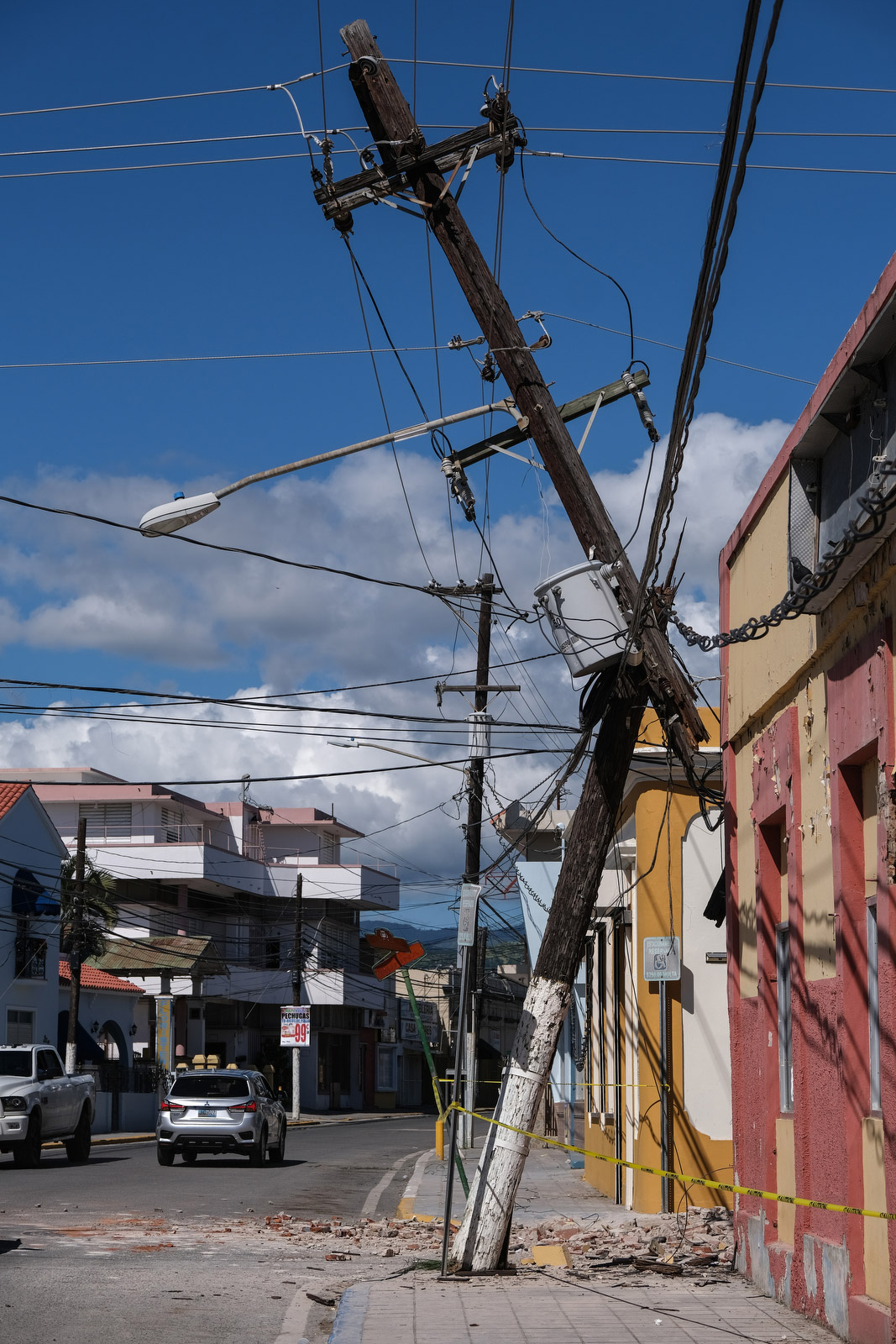 An electrical post is broken in Guayanilla. The island is vulnerable to quakes because it is squeezed between two major tectonic plates, according to the US Geological Survey.

Puerto Rico Gov. Wanda Vázquez Garced declared a state of emergency and activated the National Guard to help residents, many of whom are still reeling from Hurricane Maria in 2017.

That deadly storm devastated Puerto Rico, and the disaster response was the largest and longest in US history, according to the Federal Emergency Management Agency.

But to many people Báez spoke to, the earthquakes feel worse than Maria.

“With the hurricane, you knew when and at what time it would arrive,” Guayanilla resident Tatiana Rodriguez told her. “This, you don’t know at what time it’s going to happen.” 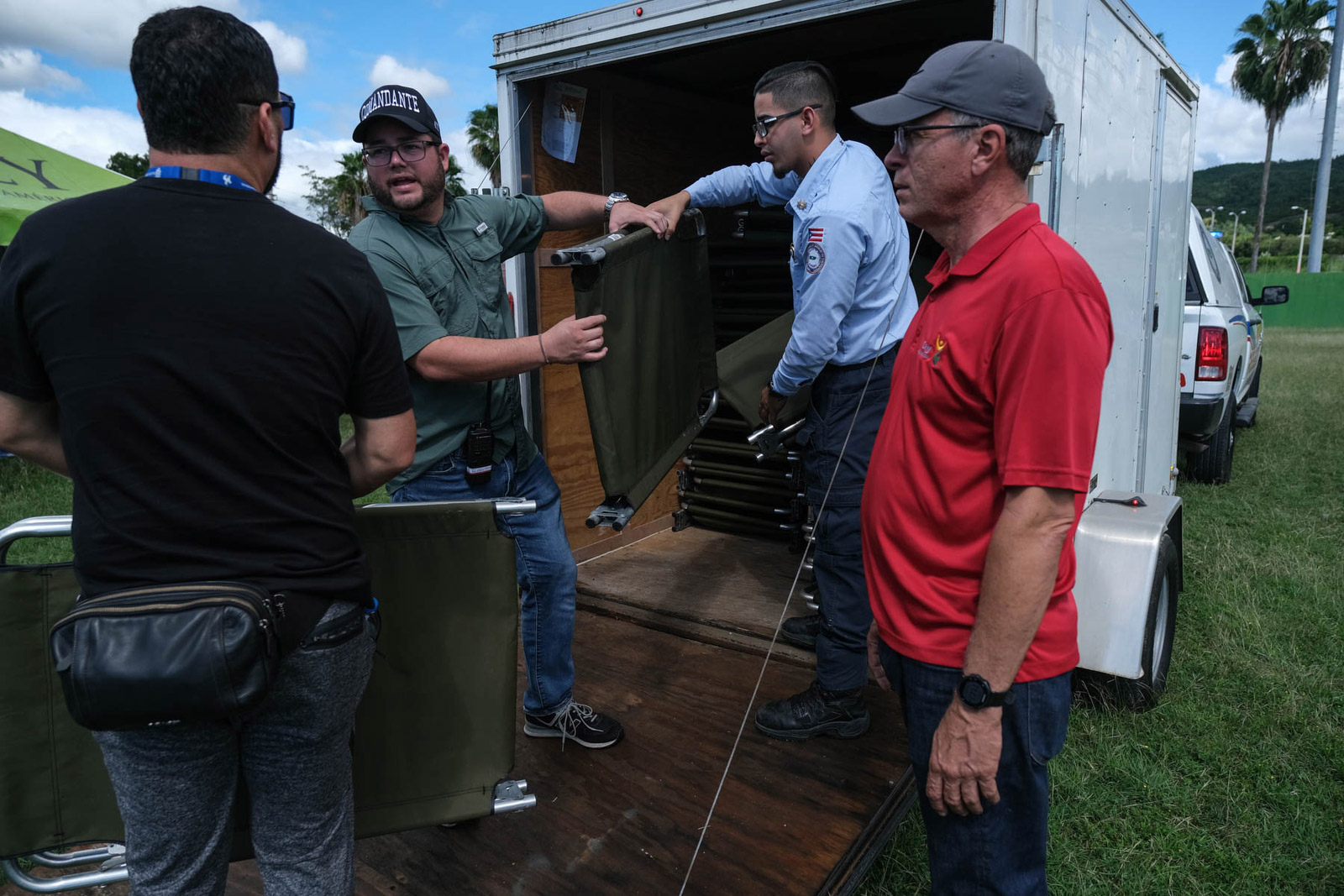 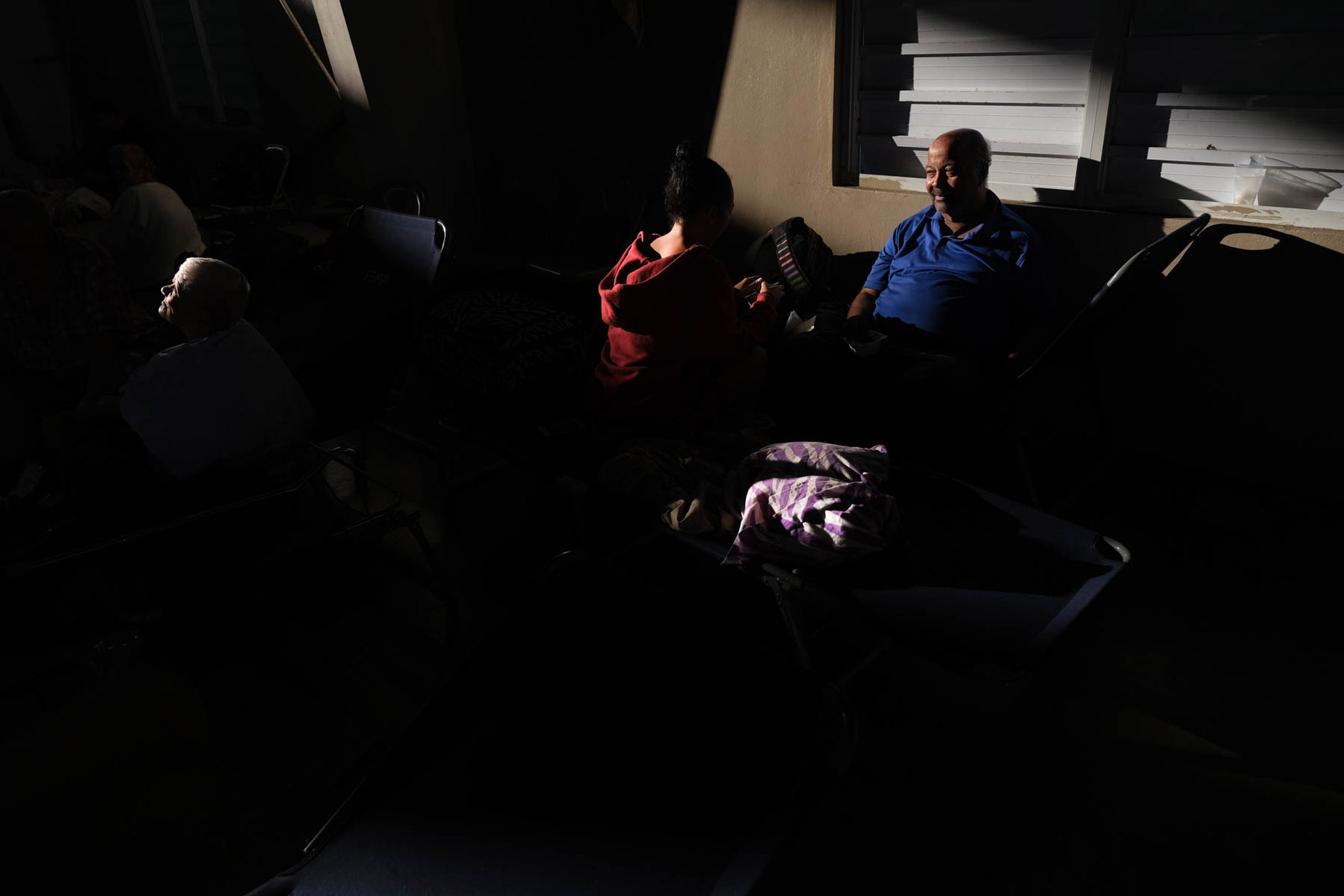 Ashley Ramirez Pérez, another Guayanilla resident, told Báez “Hurricane Maria was nothing compared to this.”

She went to the refuge center after Tuesday’s big quake. “I woke up scared, quickly ran outside and waited for it all to pass,” she said.

Now her apartment is separating from the sidewalk and her balcony was toppled.

“People who lost their homes don't know what they're going to do,” Báez said. “It's like starting over from scratch. Just two years ago, we had Hurricane Maria where a lot of these southern communities were very affected by it and had to start from zero. And now they're facing that situation again.” 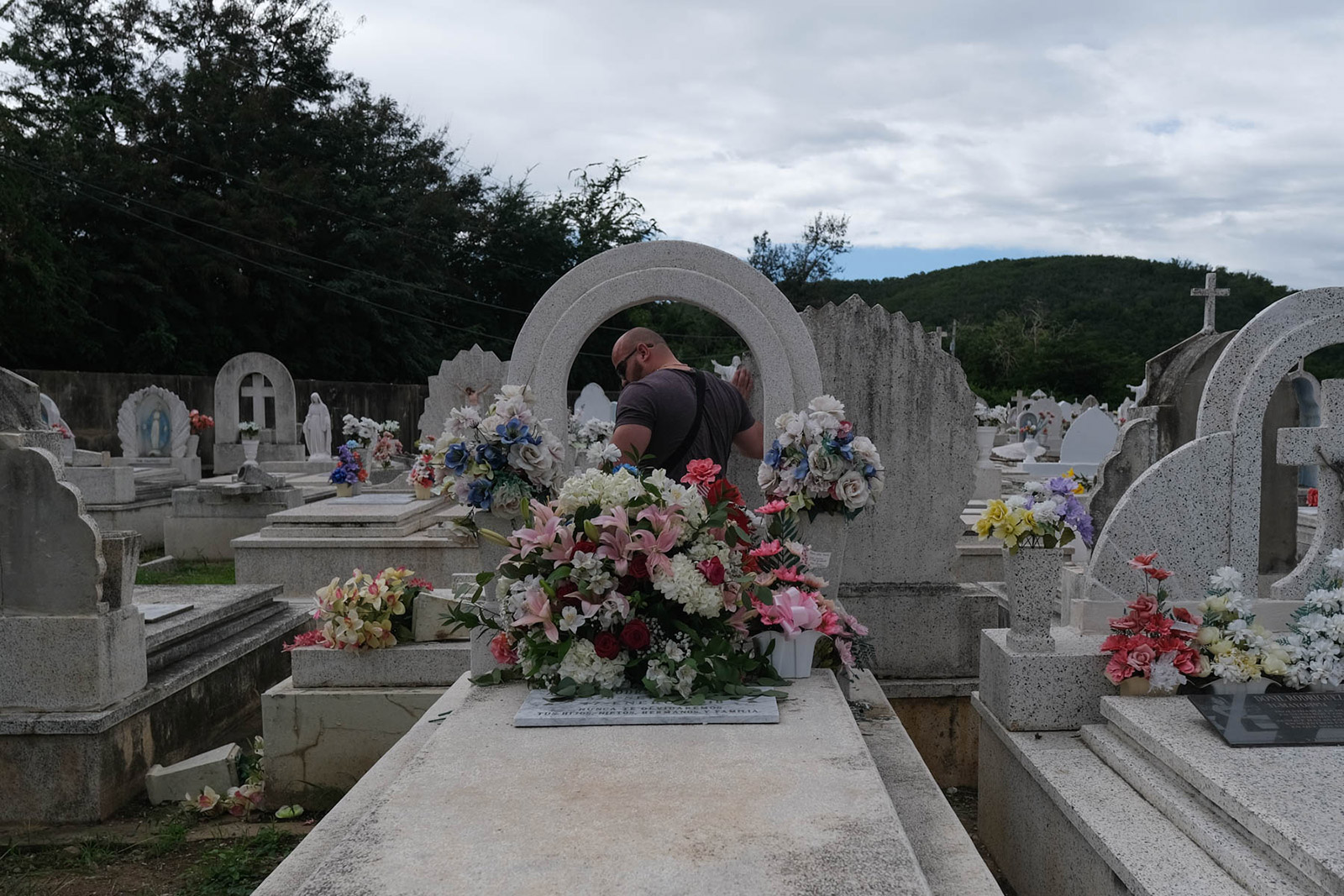 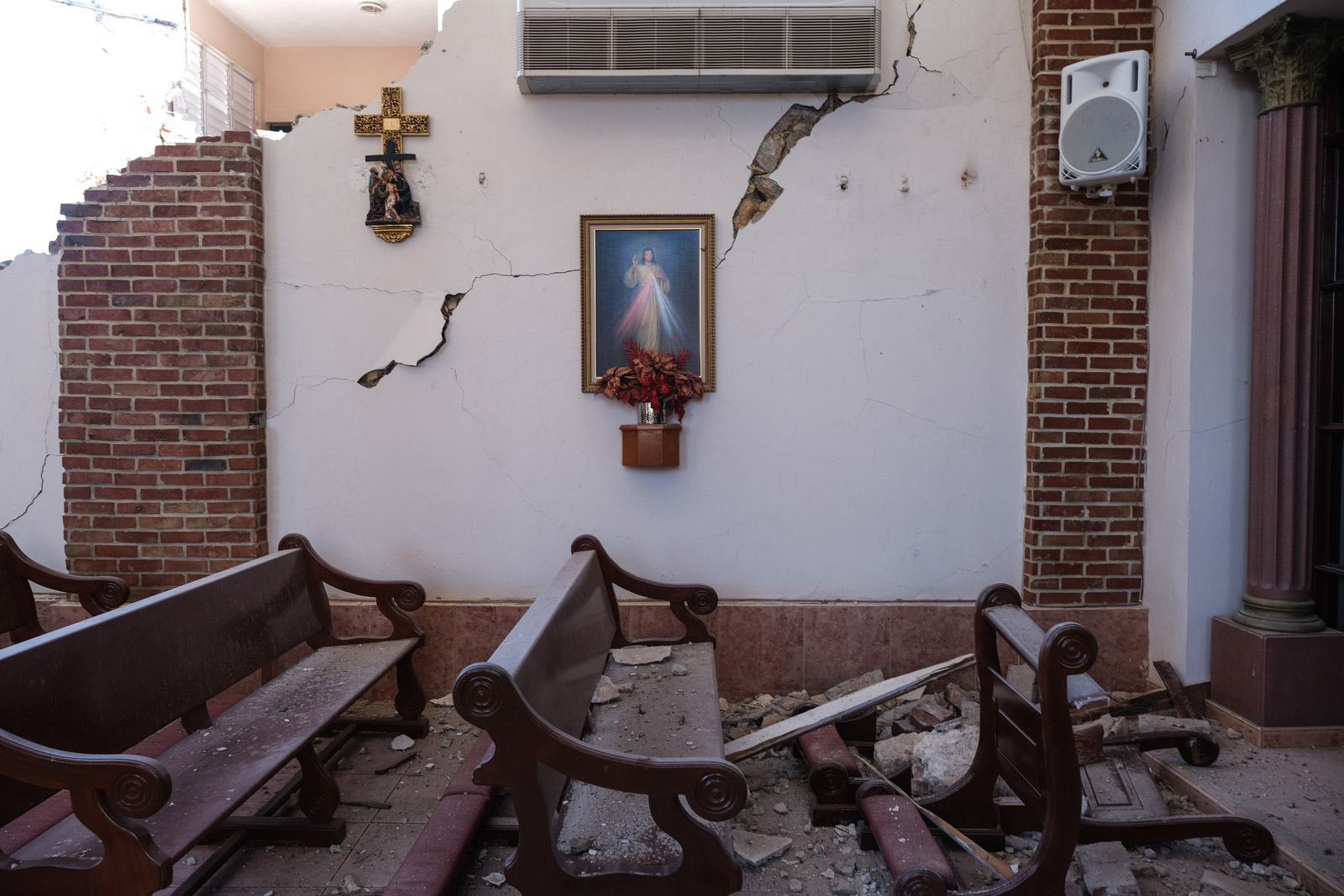 Rubble is seen at the Church of the Immaculate Conception in Guayanilla.

Much of Puerto Rico was still without power on Wednesday. Engineers have been working to restore it in phases, and most hospitals have it now, said Jose Ortiz, executive director of the Electric Power Authority.

Schools are closed until they can be inspected and deemed safe.

At the refuge centers, many locals don’t know how long their stay is going to last.

“In some cases, the people live in public housing, so they're waiting on the engineers to check out the structures and tell them if it's safe or not,” Báez said. “They have no idea when they're going to be returning.” 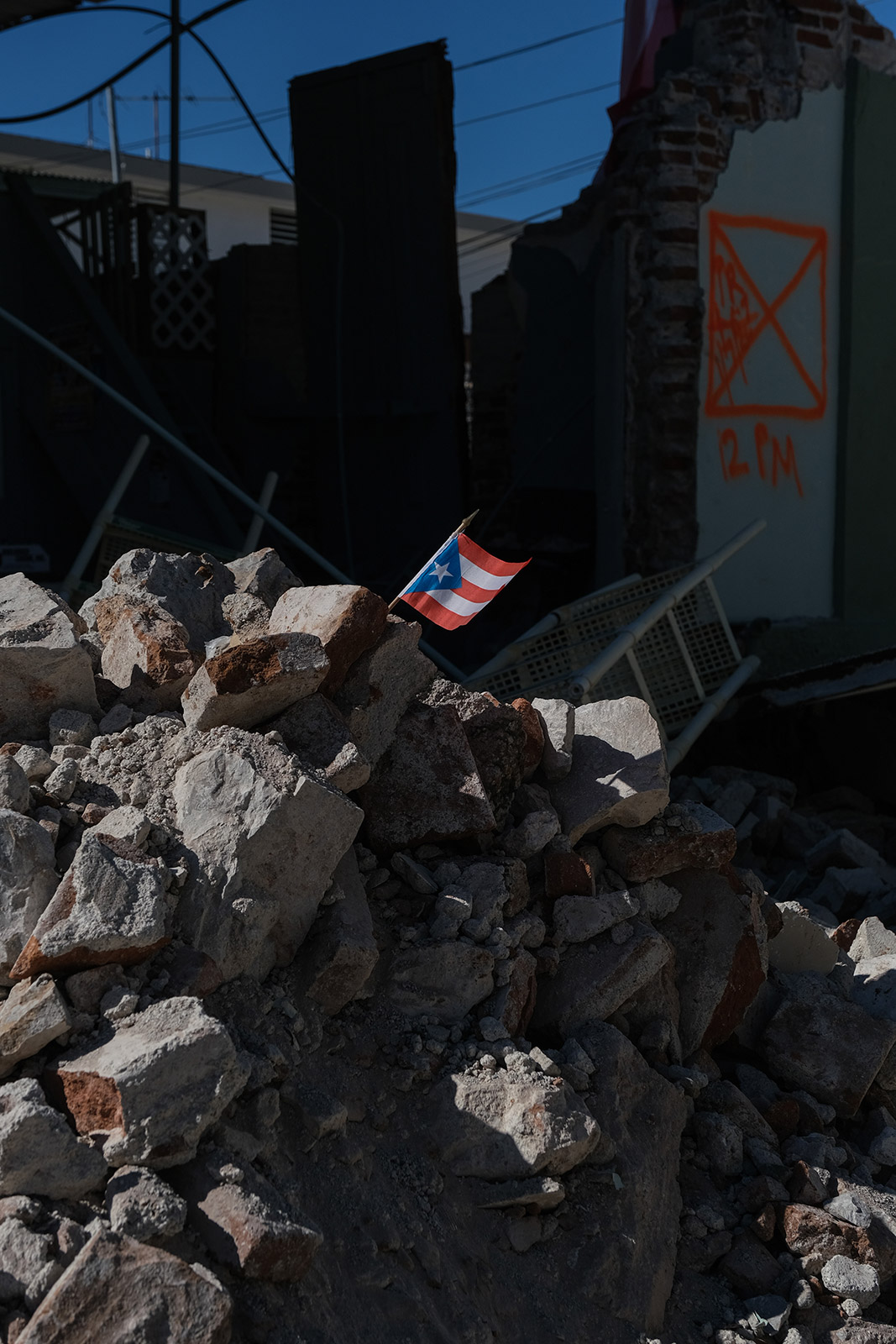 A Puerto Rican flag was placed in the rubble of a collapsed hardware store in Guanica. Tuesday’s 6.4 magnitude earthquake is likely the island's most damaging earthquake in over a century. 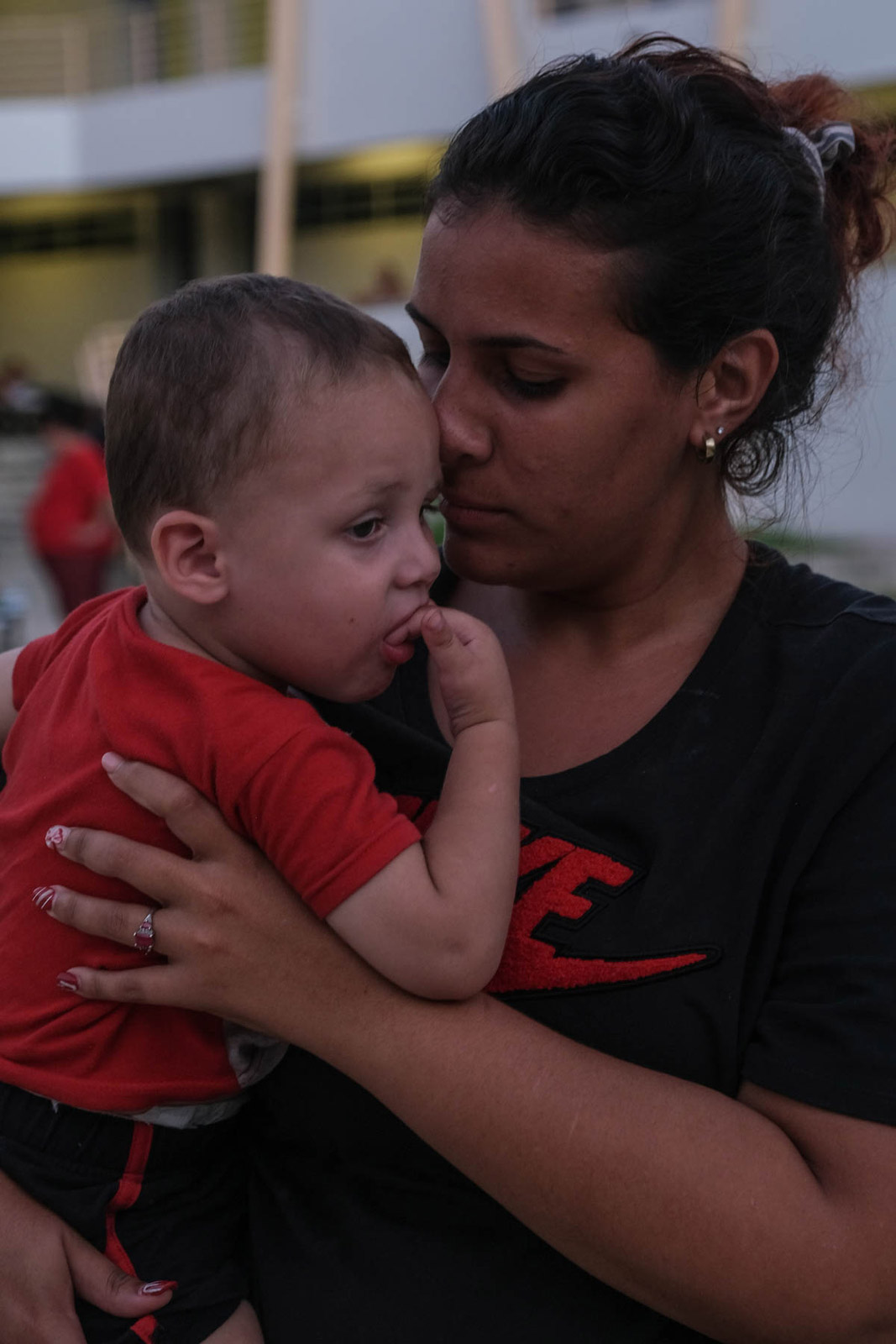 Nicole Oquendo holds one of her sons at the refuge center in Ponce.

Nicole Oquendo, a Ponce resident, lost her home and recalled the devastation after Tuesday’s big quake.

“It was horrible. I’ve never felt something like it,” she told Báez. “Everyone was outside crying, screaming. Many people were trapped inside their apartments when doors wouldn’t open. People passed out, too.”

She took her children to the refuge center in Ponce.

“I have to stay strong because I have to take care of my three boys,” she said. “Our only option is to live one day at a time, because if we think about the future we'll be in despair.” 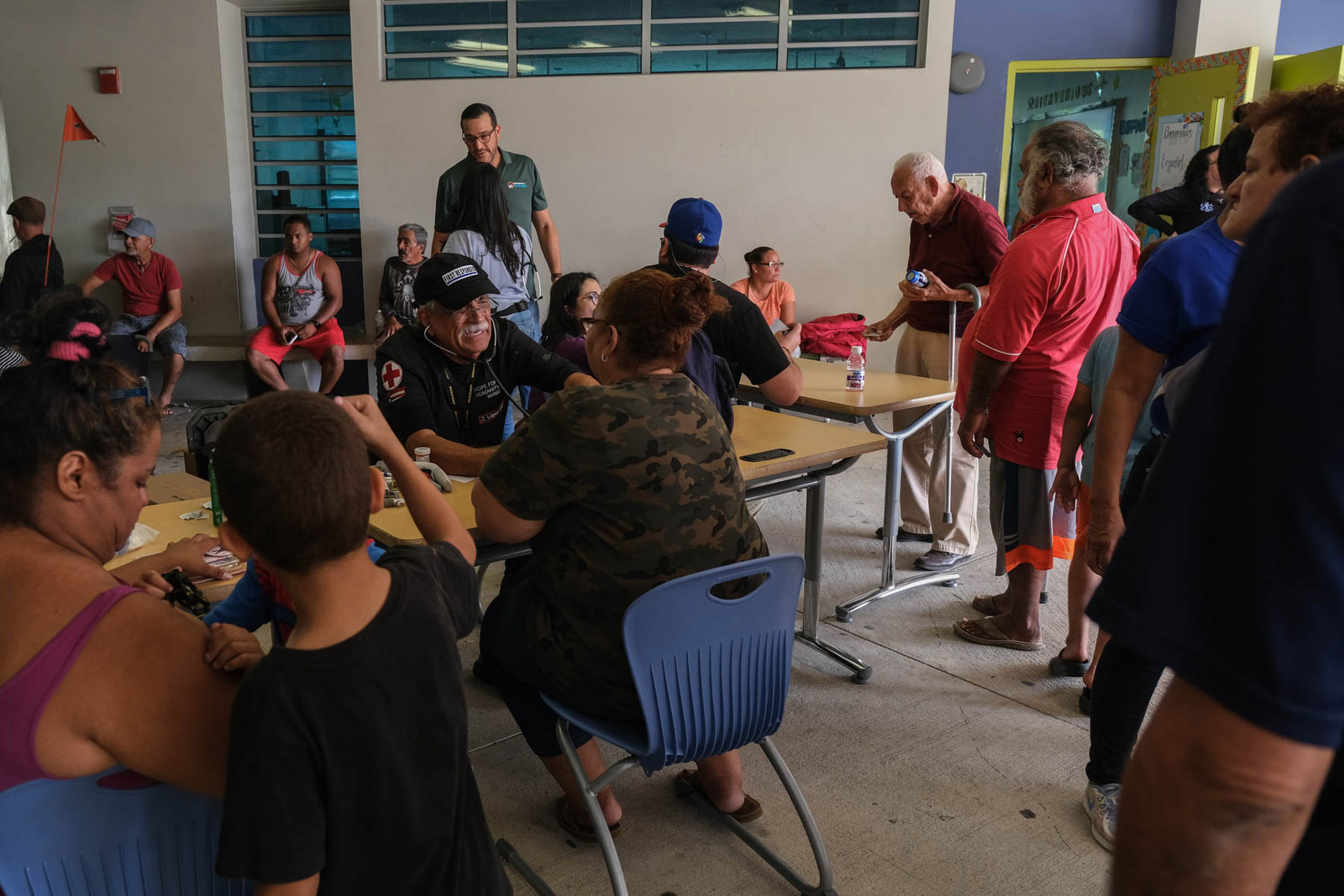 Doctors and nurses help refugees at a school in Ponce. 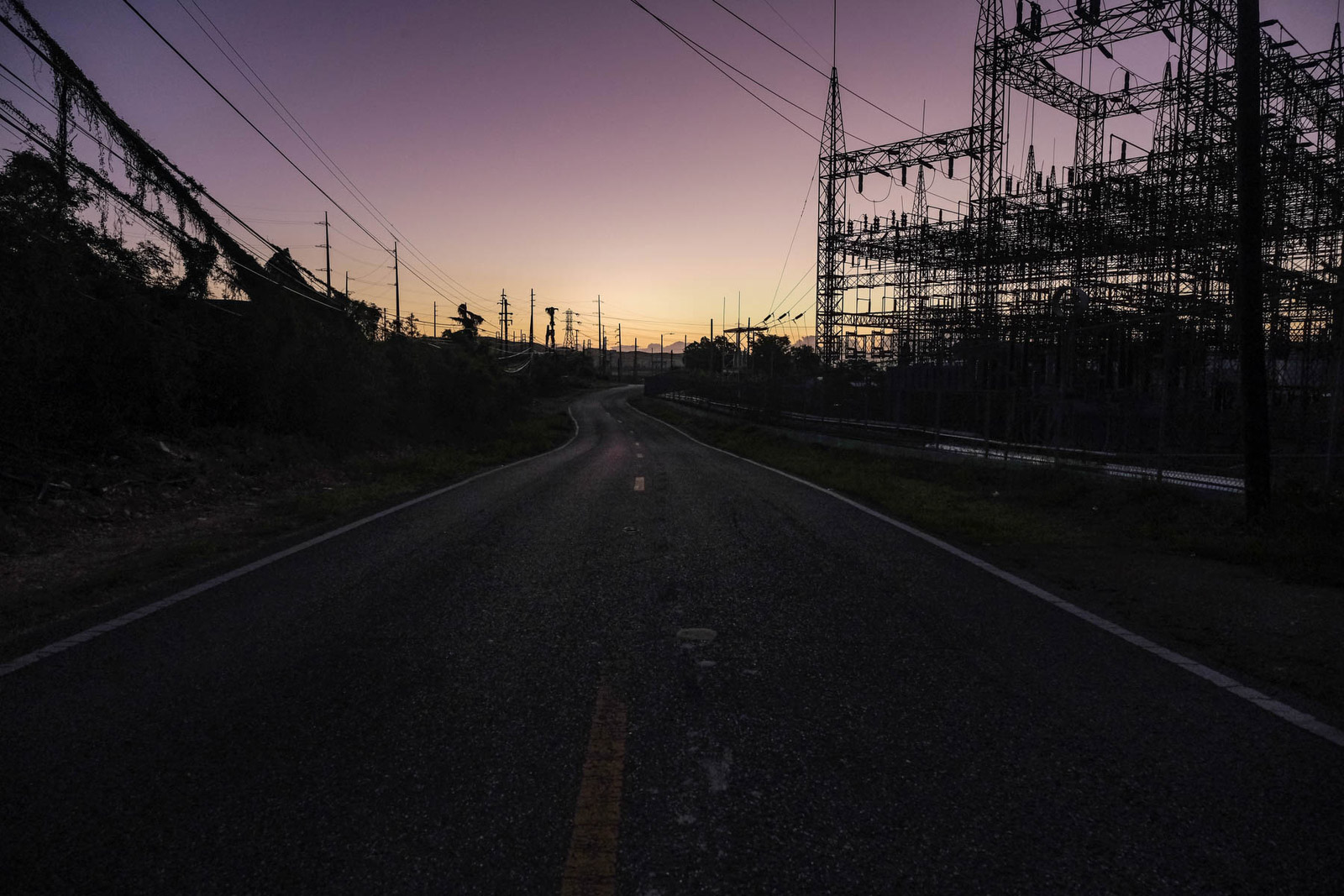