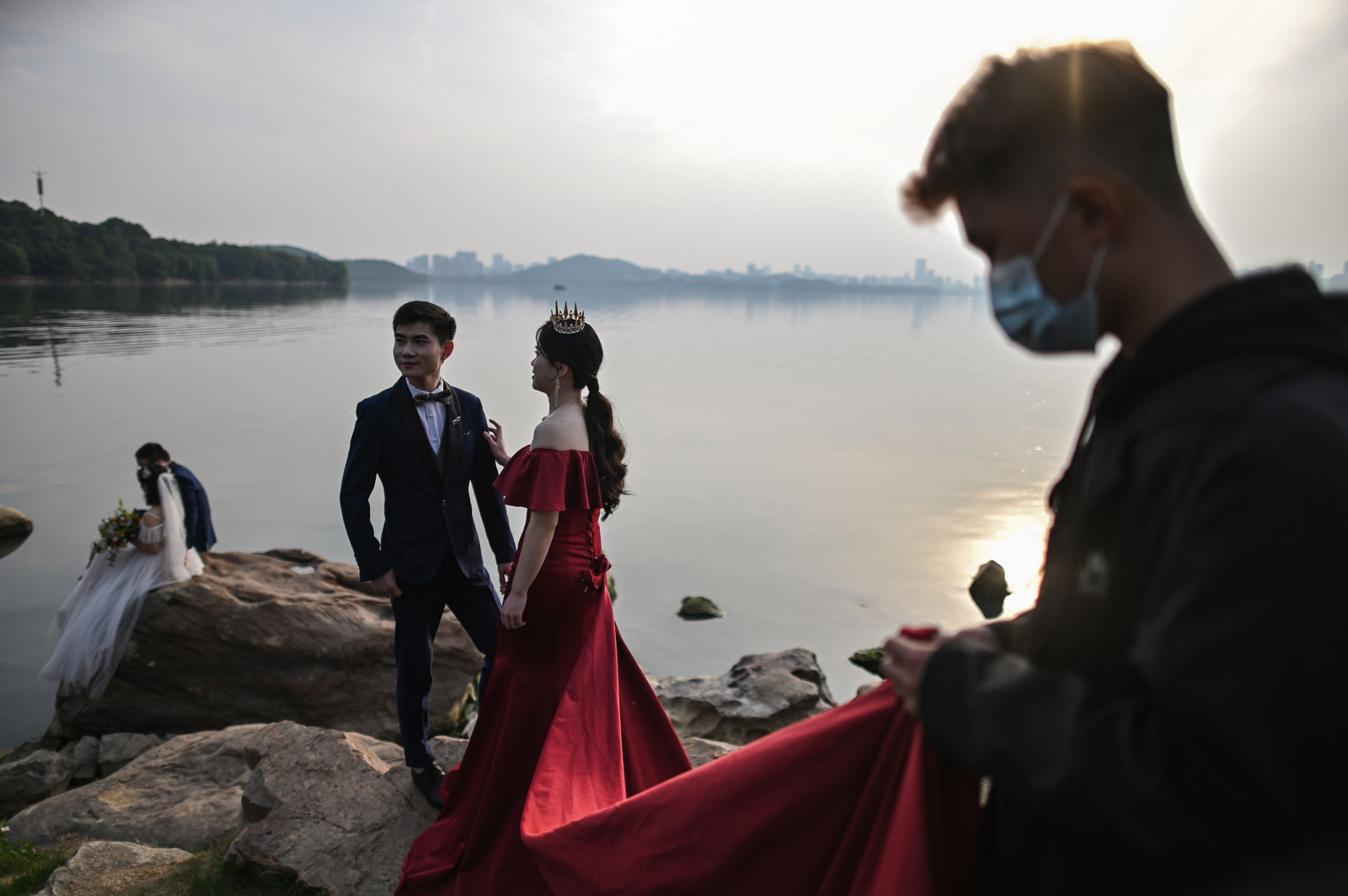 A couple poses for a wedding photo in Wuhan, China, on April 19. Weddings in the city were postponed because of the coronavirus outbreak.

Wuhan was on lockdown for 76 days. Now life is returning — slowly

A couple poses for a wedding photo in Wuhan, China, on April 19. Weddings in the city were postponed because of the coronavirus outbreak.

For more than two months, the city of Wuhan, China, was sealed off from the outside world.

Flights in and out were canceled. Train and bus routes were suspended. Highway entrances were blocked. The streets were empty, and people were ordered to stay in their homes as part of an unprecedented effort to contain the novel coronavirus. 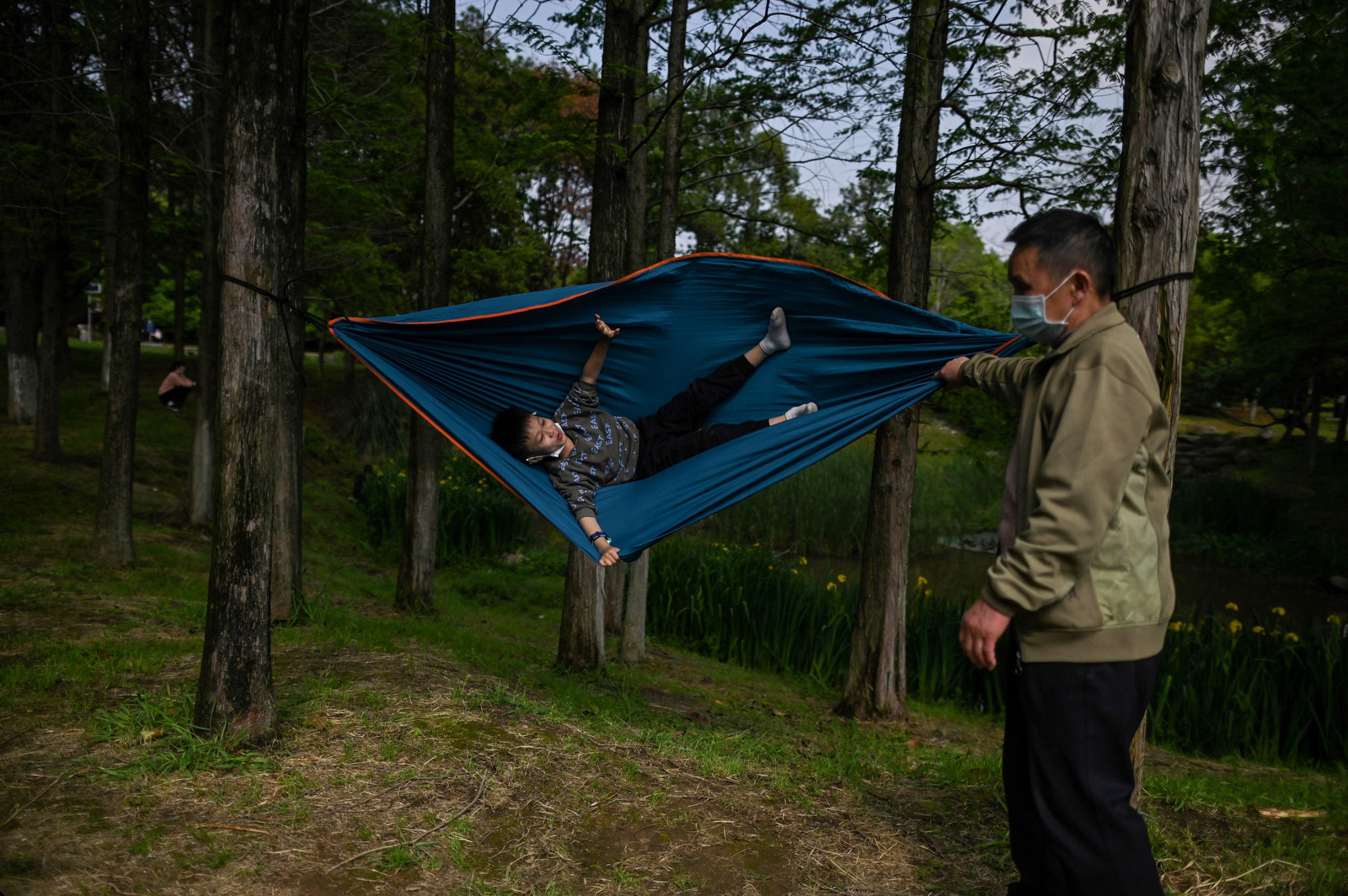 A man swings his grandson on a hammock at the Ma’anshan Forest Park in Wuhan on April 19. 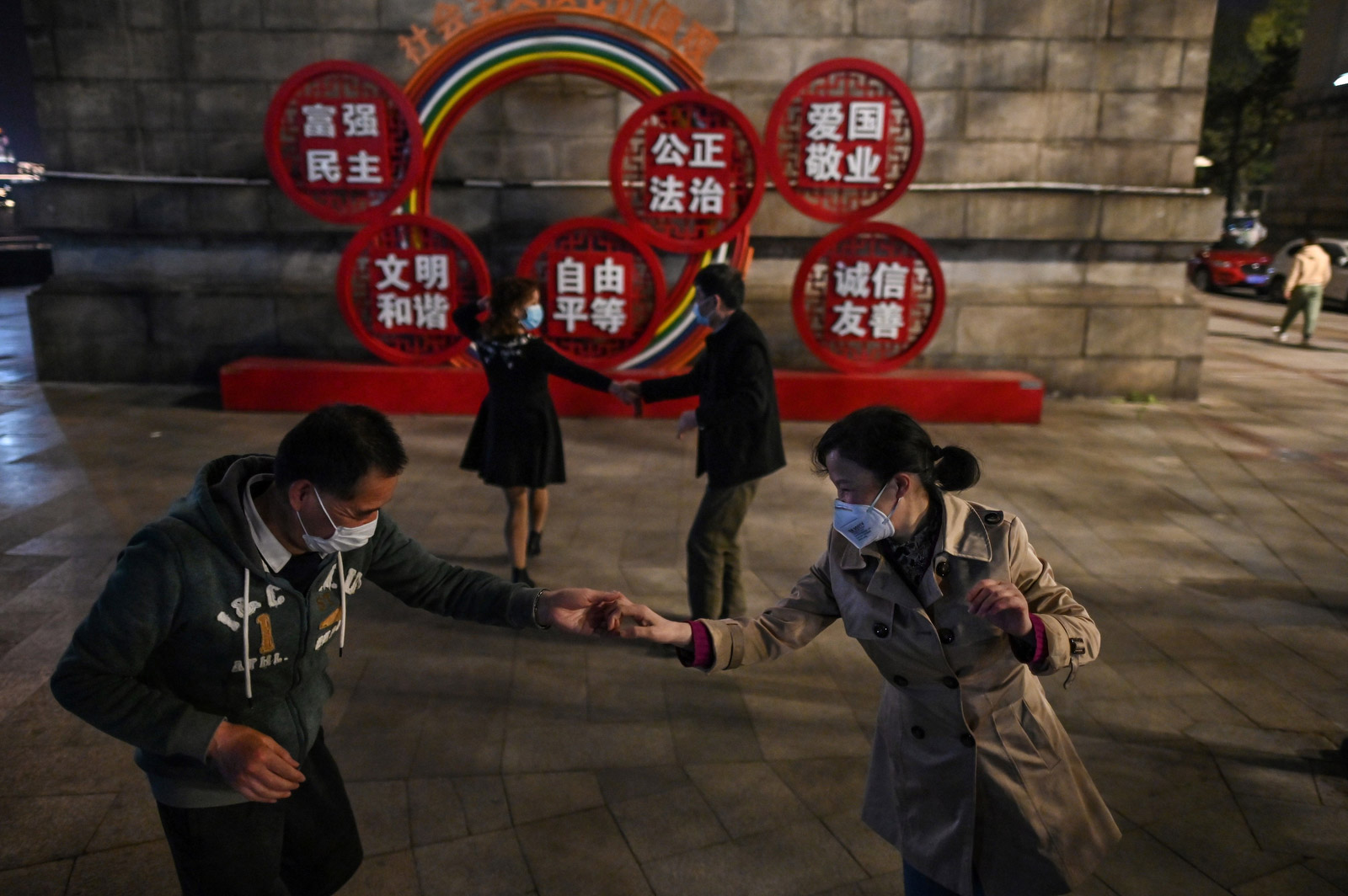 Couples dance in a park next to the Yangtze River.

Wuhan, the epicenter of the coronavirus outbreak, reopened this month after a 76-day lockdown.

“People are visiting parks, markets, malls. On the roads there are many cars,” said Hector Retamal, a photojournalist with Agence France-Presse. “I have seen people who go swimming in the Yangtze River, other people dancing in a park. No big crowds yet, but step by step the life is returning to the city.”

The tough measures that were put in place — most people couldn’t even go grocery shopping or bury their dead — seem to have worked. New coronavirus cases, which used to number in the thousands each day, have slowed to a trickle. 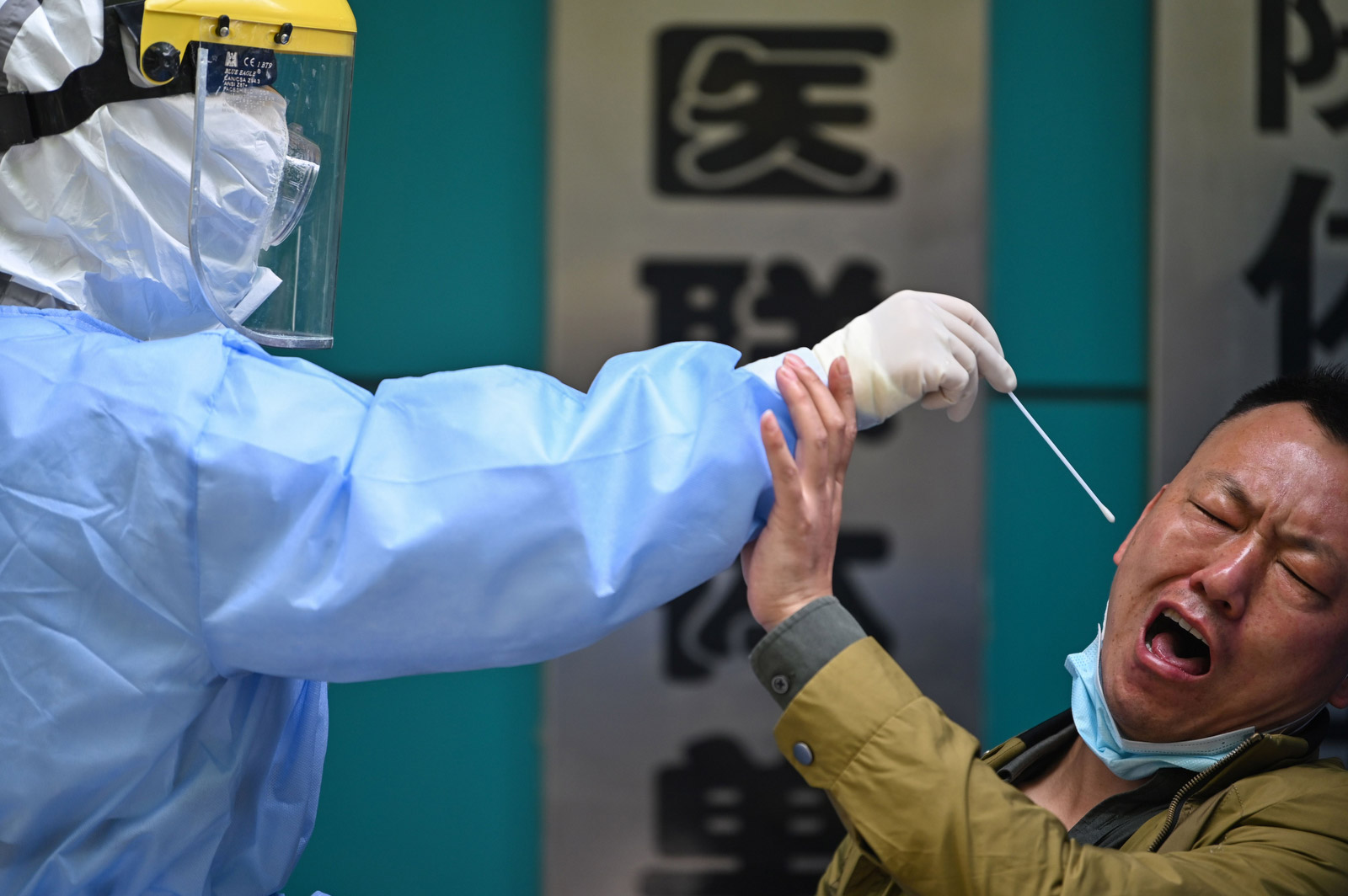 A medical worker tests a man for coronavirus on April 16. 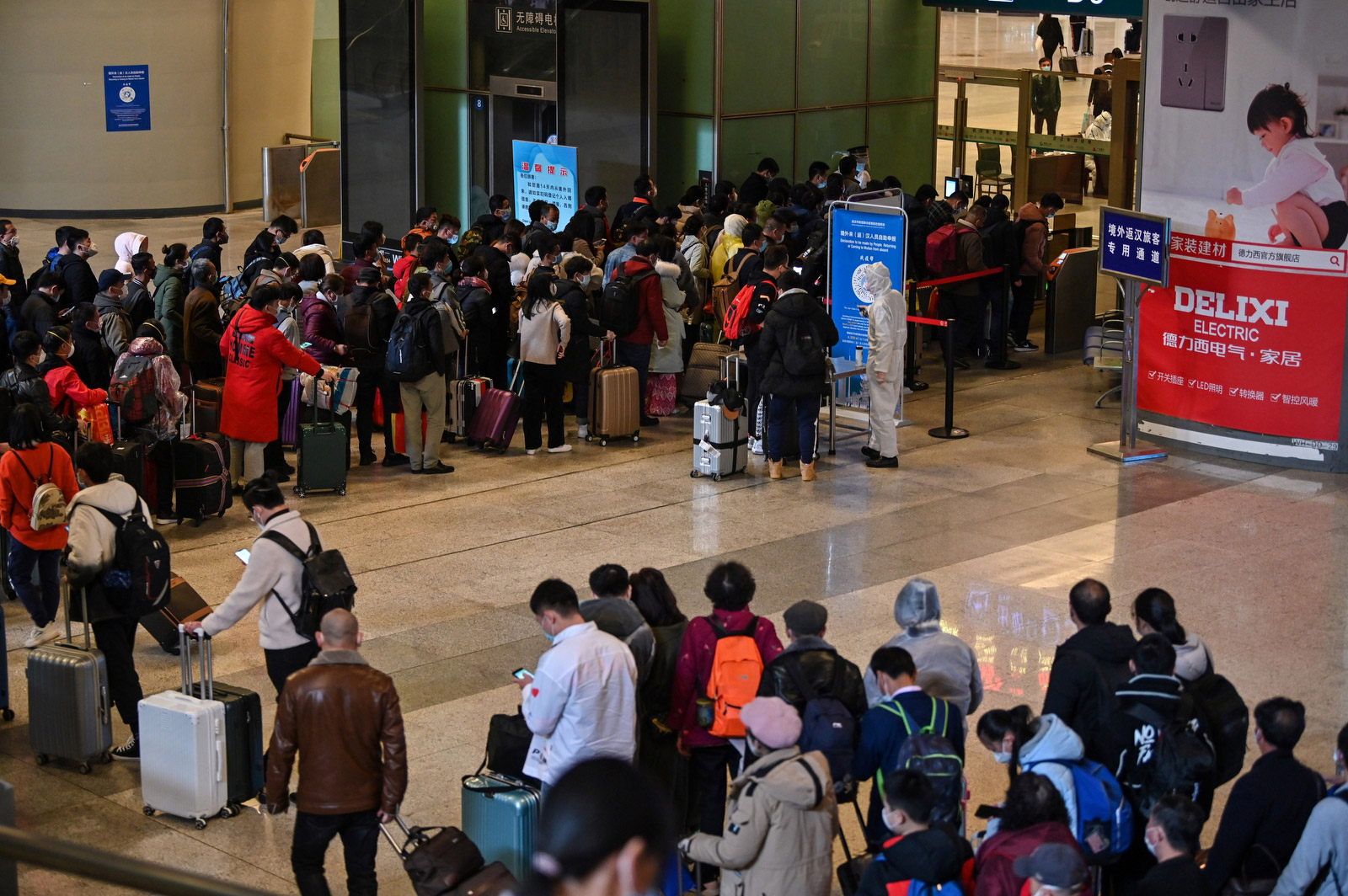 Passengers wait in line at a railway station in Wuhan on March 28. Some restrictions had been eased near the end of the lockdown.

But despite the enormous progress, many Wuhan residents remain hesitant.

There are more people out and about, but it’s still a far cry from the scenes that Retamal remembers from last September, when he was in the city covering a tennis tournament and World Cup basketball games.

“I have visited some shopping malls,” Retamal said, “but very few people go there. … For several nights I went to see the night scene, and no clubs are open. I only saw a few small bars waiting for the public. They were empty. People come home early, and I see few people on the street at night.” 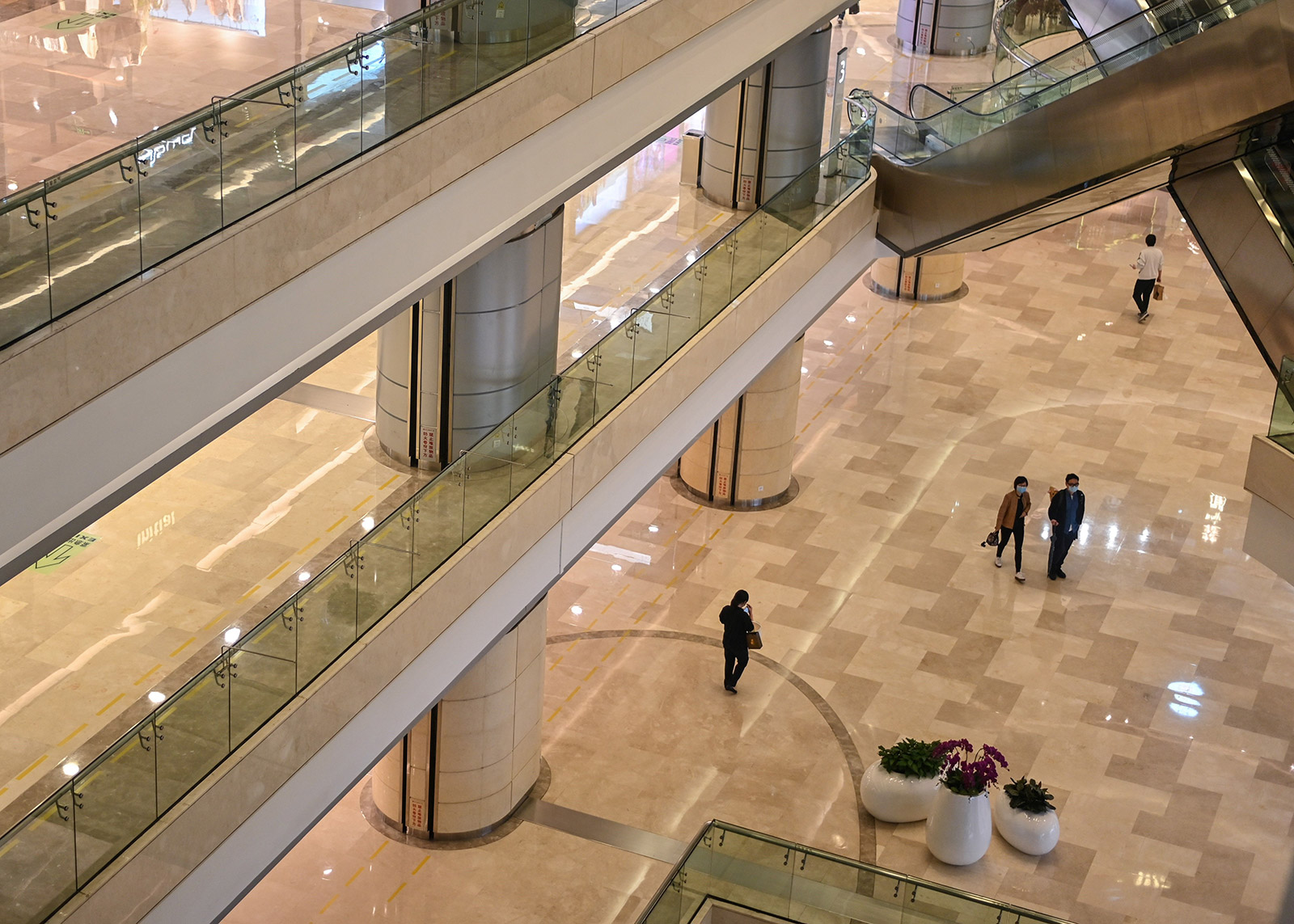 A few people shop in a Wuhan mall on April 18. 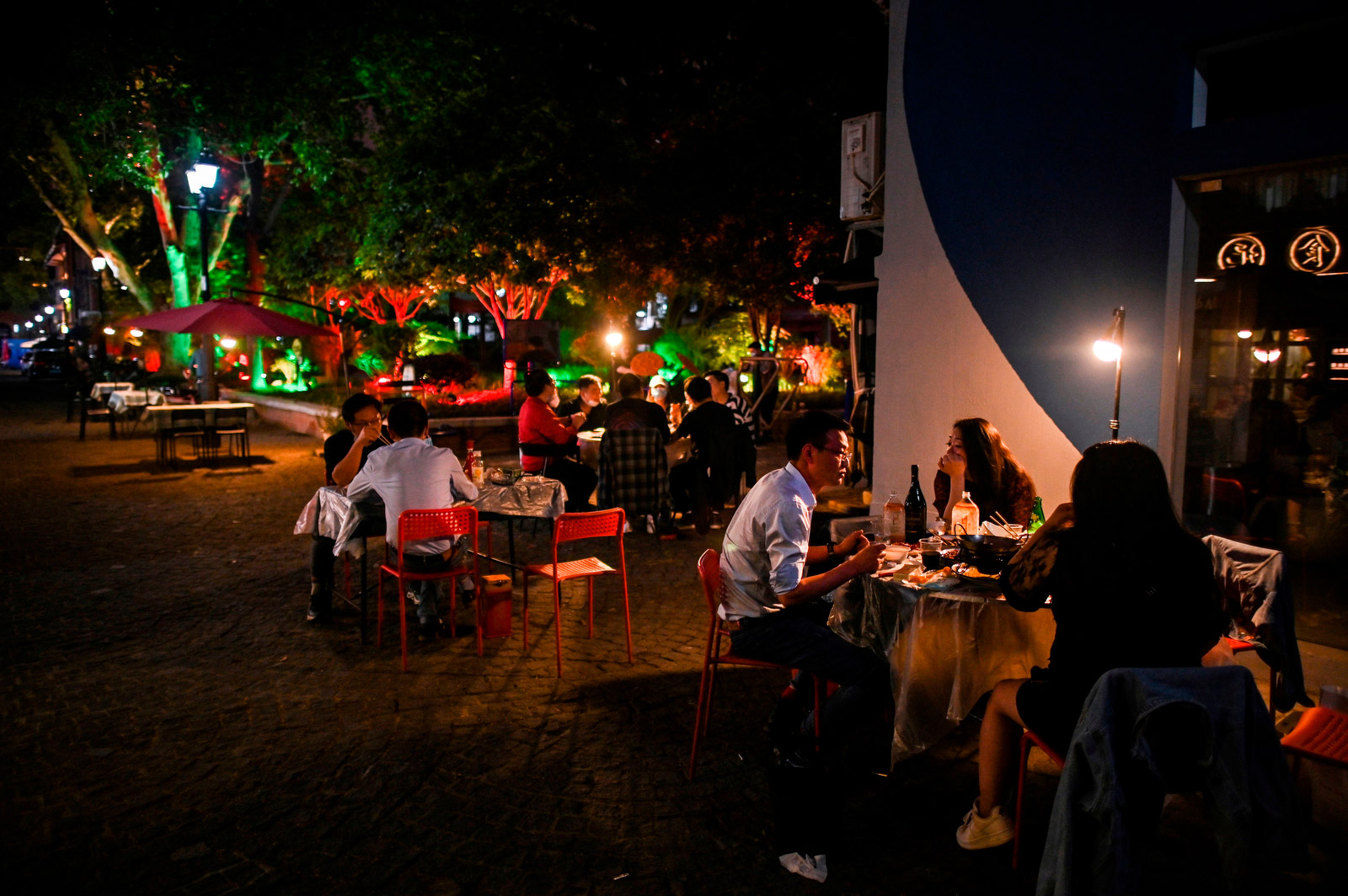 People eat outside a restaurant in Wuhan on April 16.

Perhaps it shouldn’t be surprising when you consider how much Wuhan has suffered over the past few months.

“I still see the fear in people who timidly return to the streets,” said Retamal, who has been based in China for a year. “Sometimes when I try to get closer to them, they take a step back. I understand them. They are afraid of contagion, especially now that contagions come from other countries.

“But when I see the people of this city returning to the streets, I see hope.” 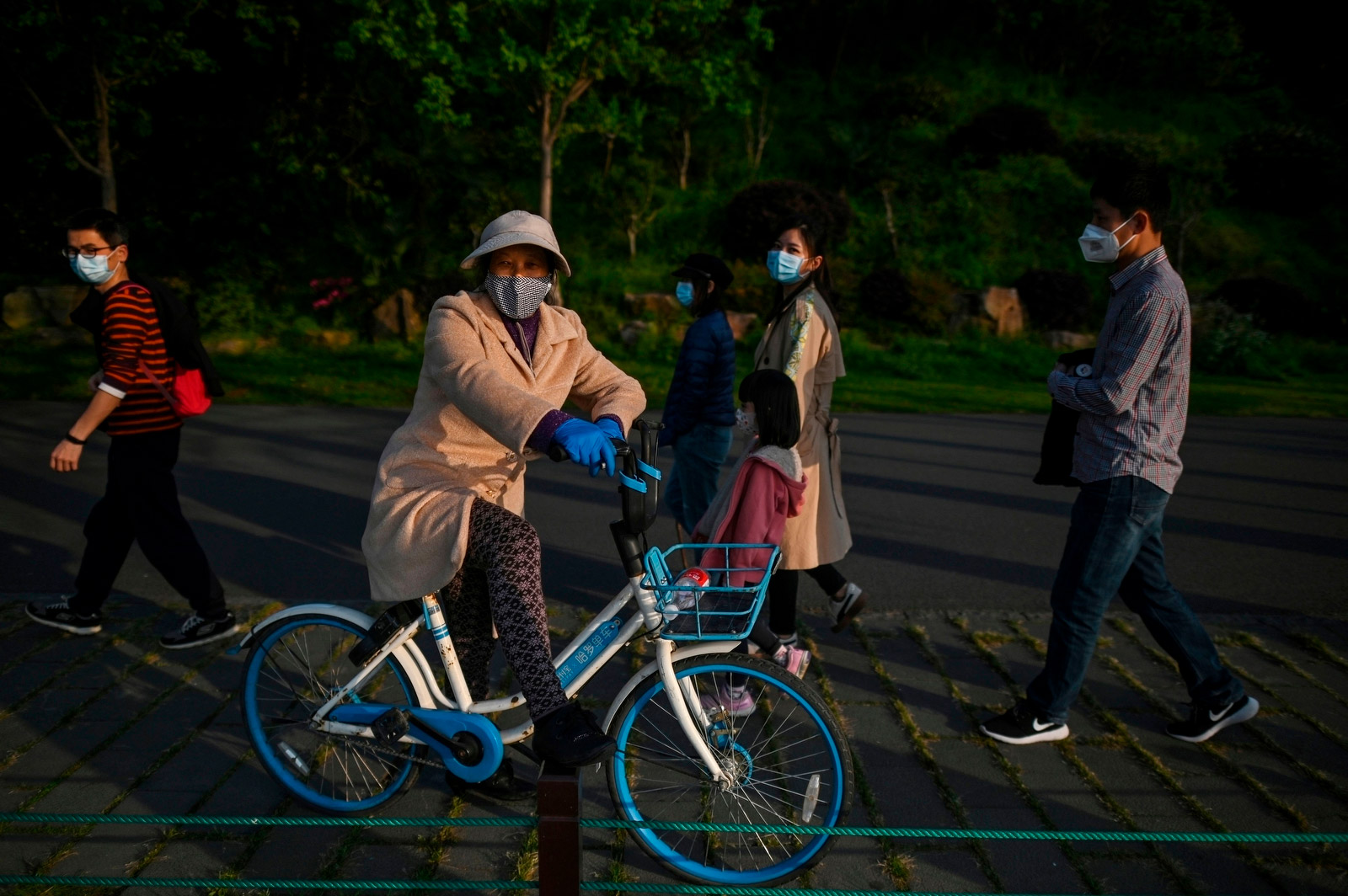 Protective face masks are still prevalent in Wuhan, even after the lockdown was lifted. 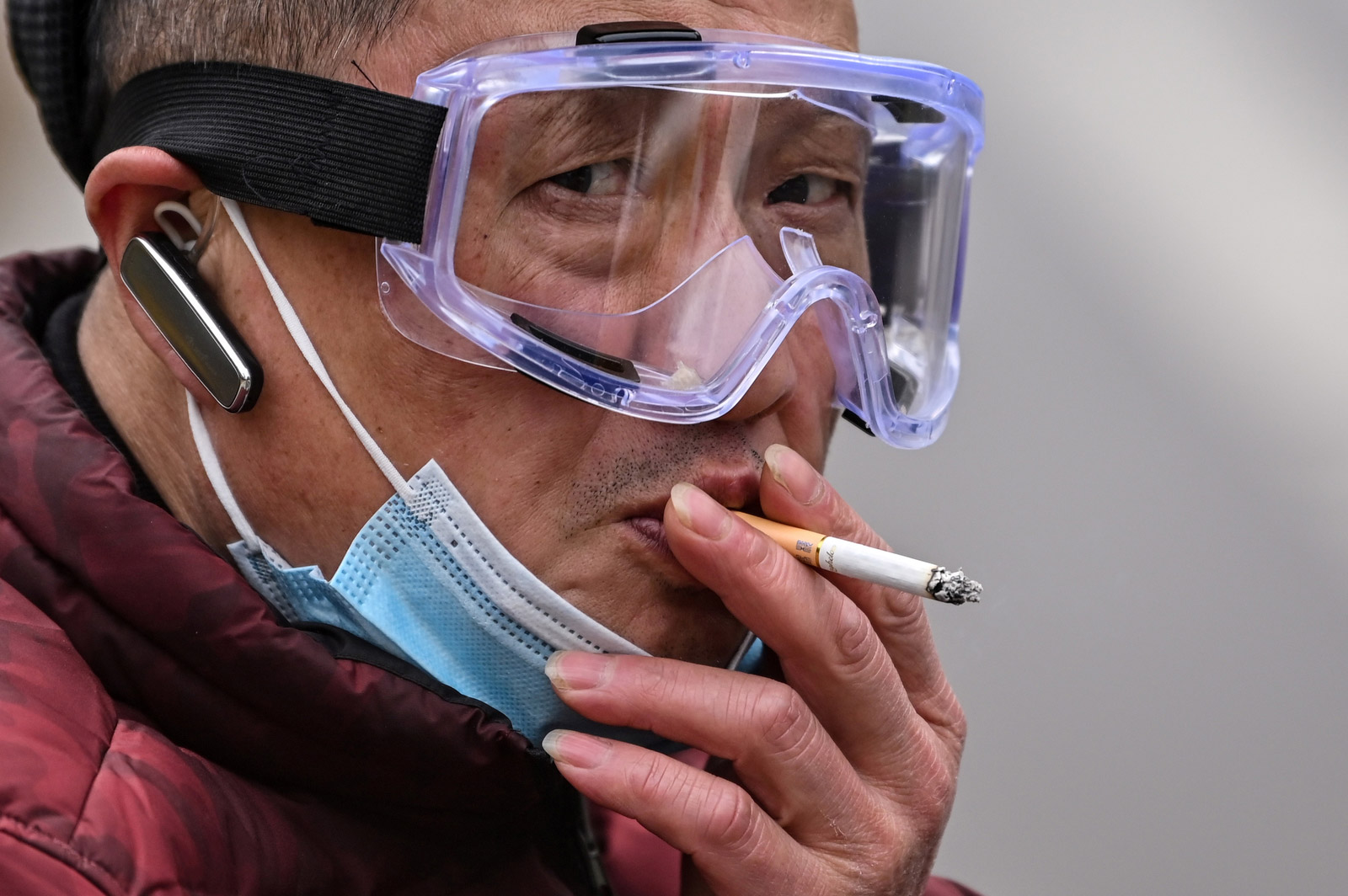 A man in Wuhan smokes a cigarette on his scooter on April 10.

Wuhan is reopened, but there are still restrictions.

To get around to many places, residents are required to show a government-assigned QR code on their cell phone. A green QR code means they are healthy and safe to travel.

This system is being used in many cities across China, and the results are based on a questionnaire that people must fill out on their phone. If they’ve reported any possible symptoms of the coronavirus, or if they have been in close contact with someone who is sick, they could be given an amber or red code that restricts them from using the subway, going to a restaurant or going to work. 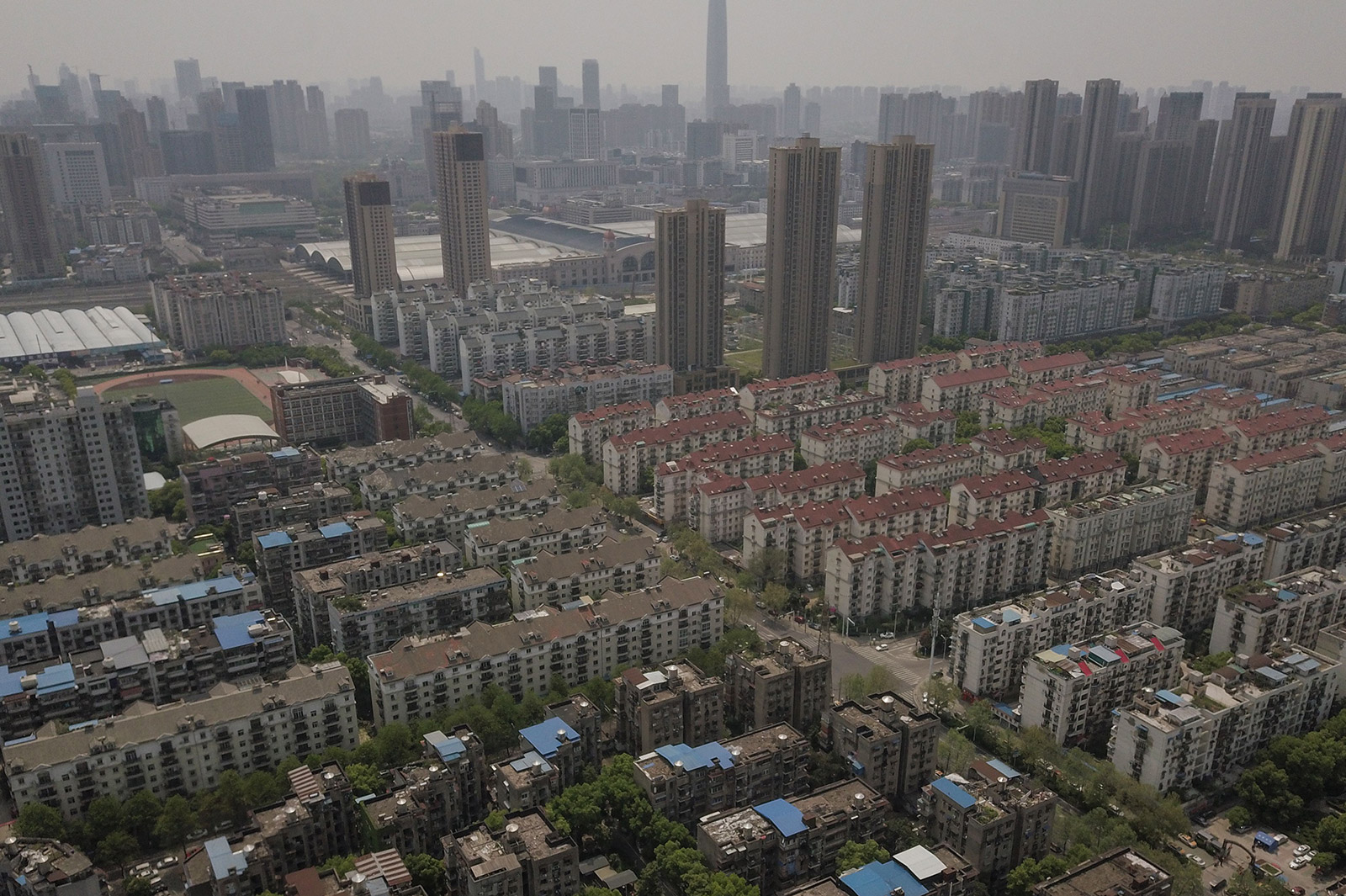 Wuhan, seen here on April 7, is the capital city of China’s Hubei province and has a population of 11 million people. 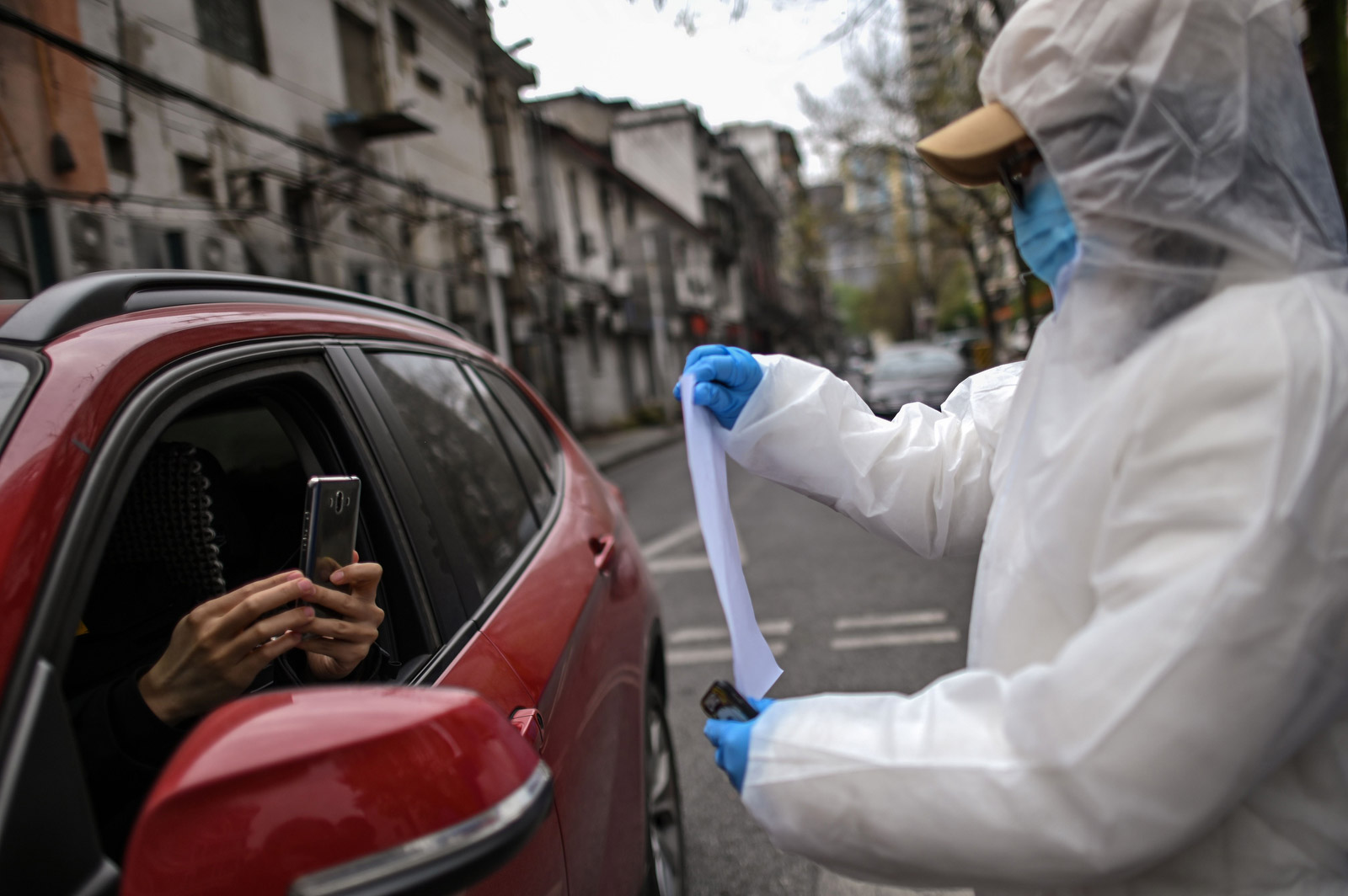 A resident has to scan their QR code before being allowed to enter a residential compound in Wuhan on April 11.

Wuhan residents are able to go back to work if they have a green QR code and a letter issued by their employer.

Many businesses in the city have reopened, including the “wet markets” where the virus is thought to have originated. These markets are where wild animals are slaughtered and sold.

“These markets are the cheapest points of sale and are in the middle of the neighborhoods,” Retamal said. 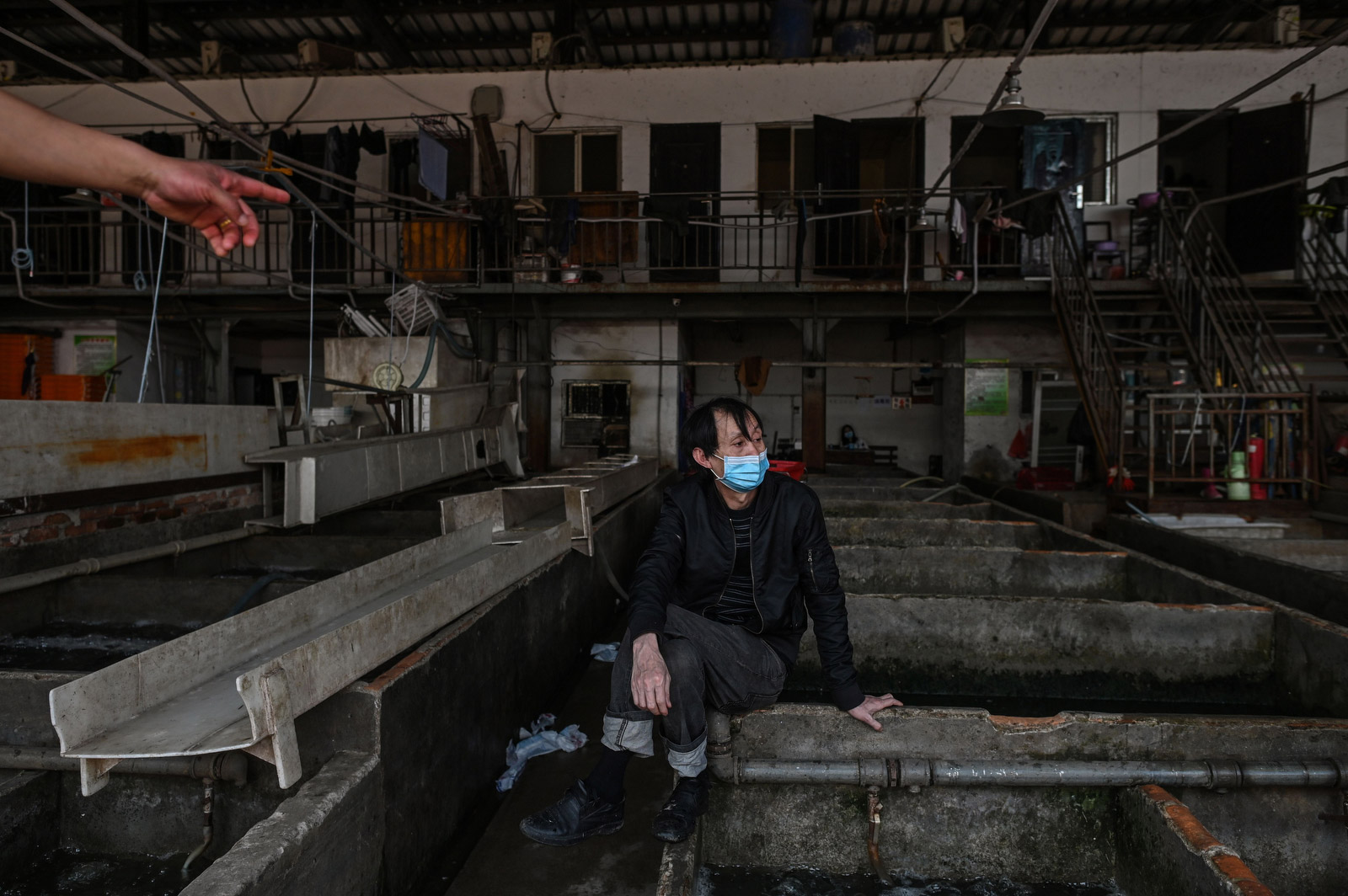 A vendor sits next to a pool of fish at the Wuhan Baishazhou Market on April 15. “I have been to the small markets many times before and after the reopening of the city, and there are always many people shopping,” Retamal said. 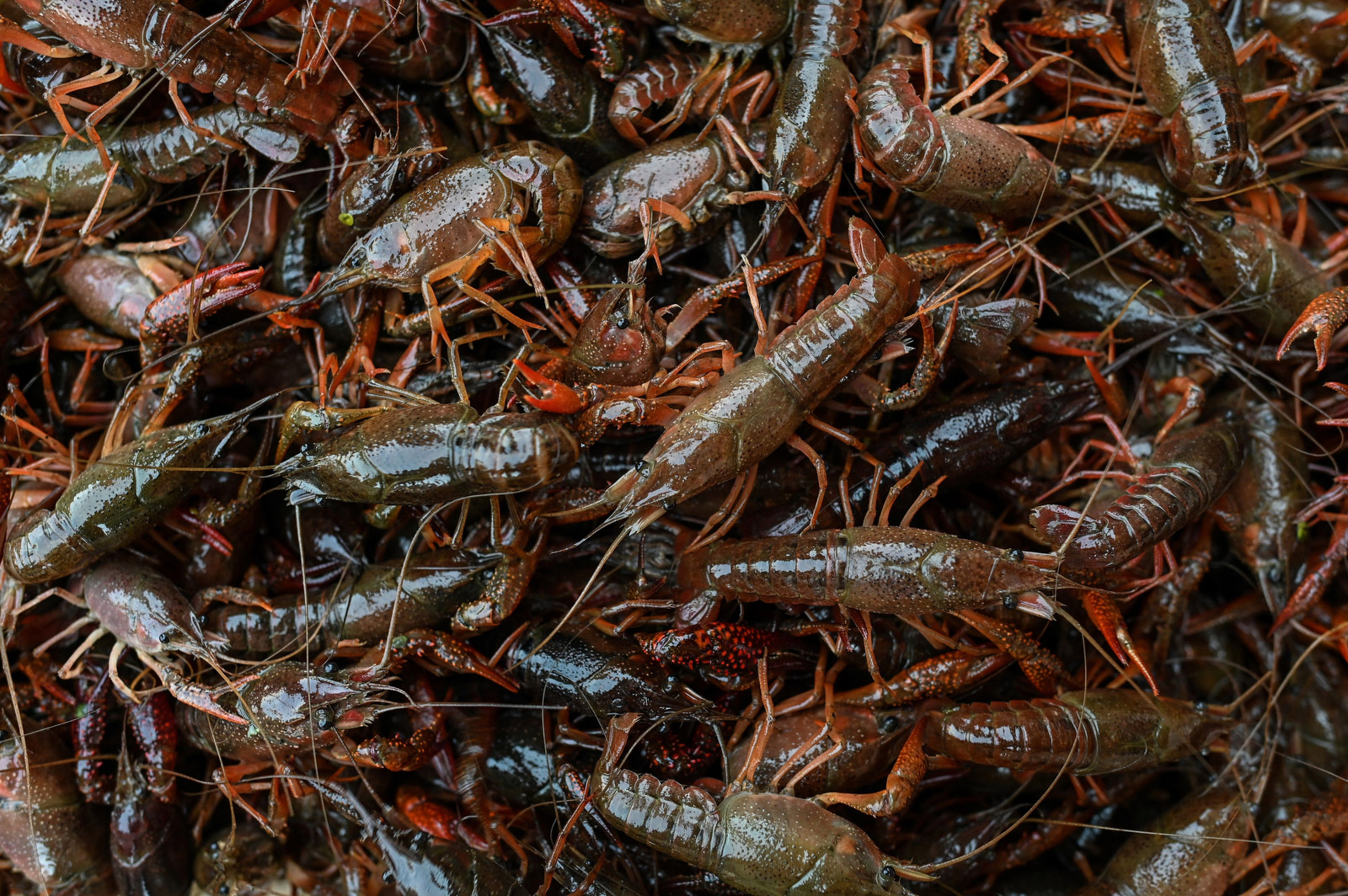 Prawns are for sale at the Wuhan Baishazhou Market.

Retamal traveled to Wuhan when the lockdown first started on January 23, and it was a surreal experience.

“The first thing I remember was my trip on the train,” he said. “Two people asked me if I was going to Wuhan, and when I answered yes, they asked me to return to Shanghai. They told me that it was very dangerous, that I shouldn’t go. I tried to explain what my job is, but they kept insisting.”

When he got to the train station, almost no one got off with him. The station was empty, and those who were still there looked disoriented. There were no taxis.

“Wuhan looked like a ghost town and it was amazing to see this in a city that has 11 million inhabitants,” he said. 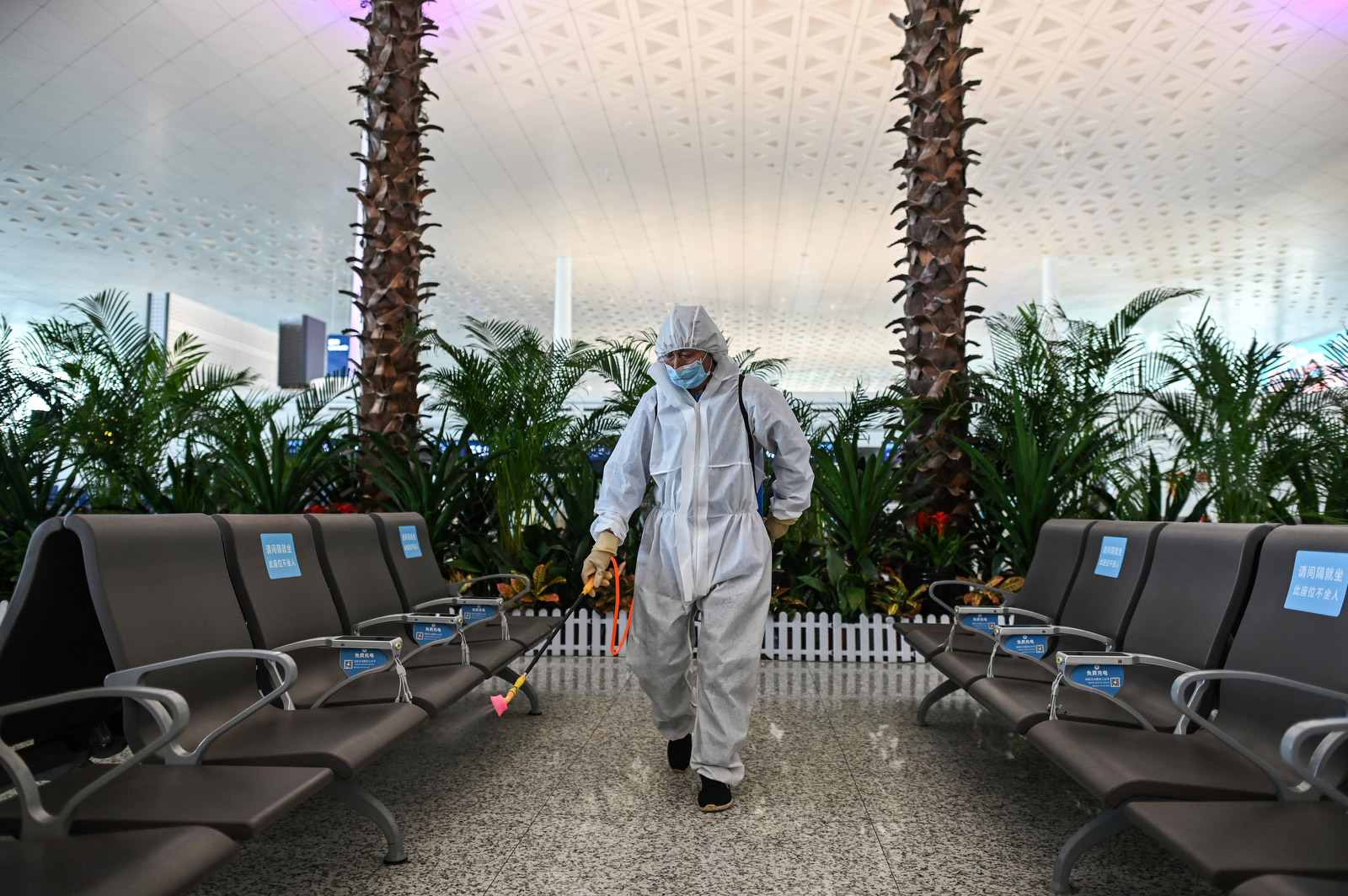 A worker sprays disinfectant at the Wuhan Tianhe International Airport on April 8, the day the city’s lockdown was lifted. 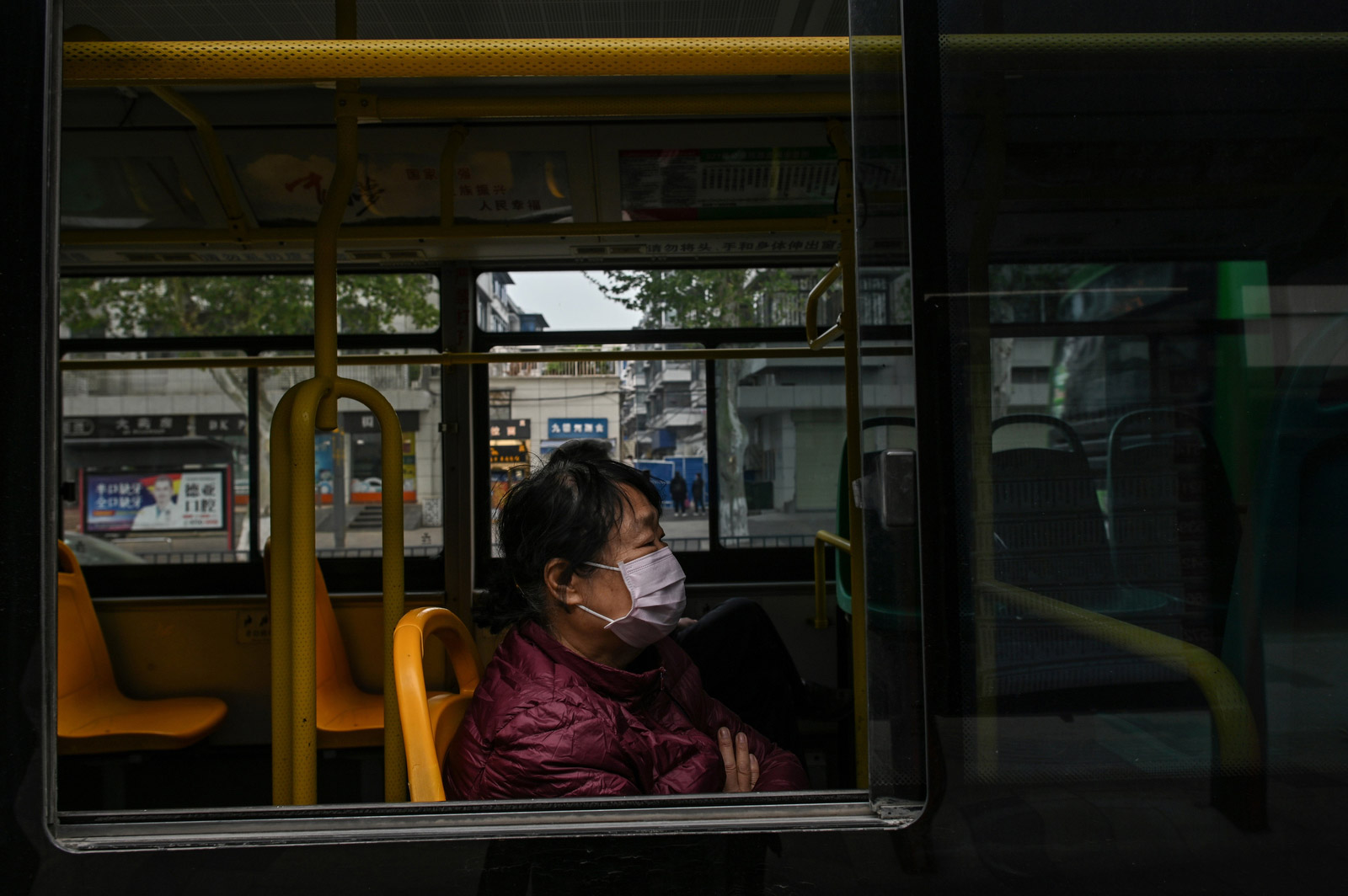 A woman rides a bus in Wuhan on April 10.

Retamal and his AFP colleagues spent eight days in Wuhan covering the lockdown in January.

He was struck by how open people were. Their fear was palpable.

“People took my arm to take me inside the hospital because they wanted to show me what was happening,” he said. “I never expected people to do that here, as they are always very reserved. But the situation was really different. People in hospitals were distressed and wanted to show me to the patients and the long lines at the Red Cross Hospital.” 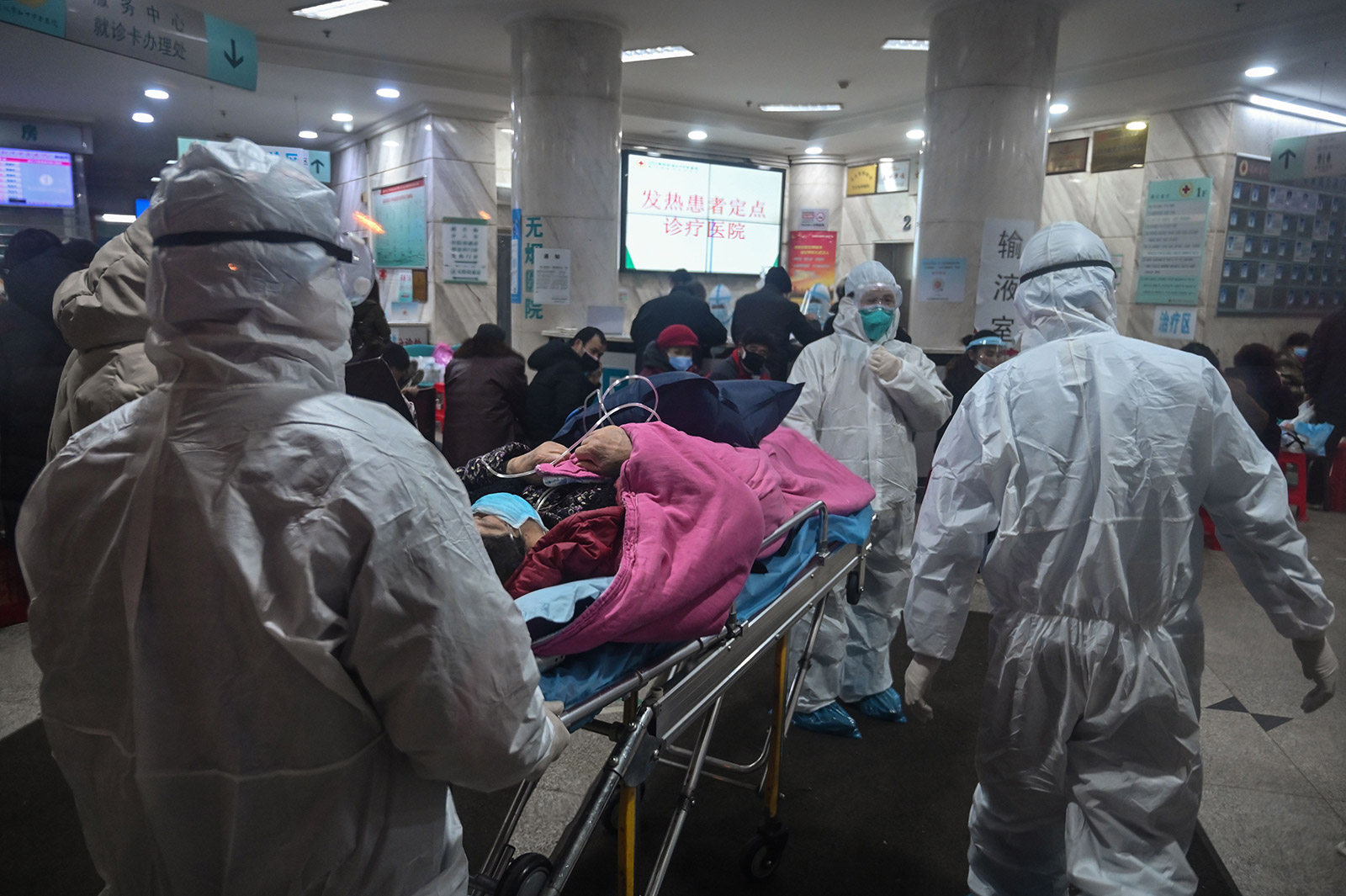 Medical workers arrive with a patient at the Wuhan Red Cross Hospital on January 25, two days after the city went on lockdown. 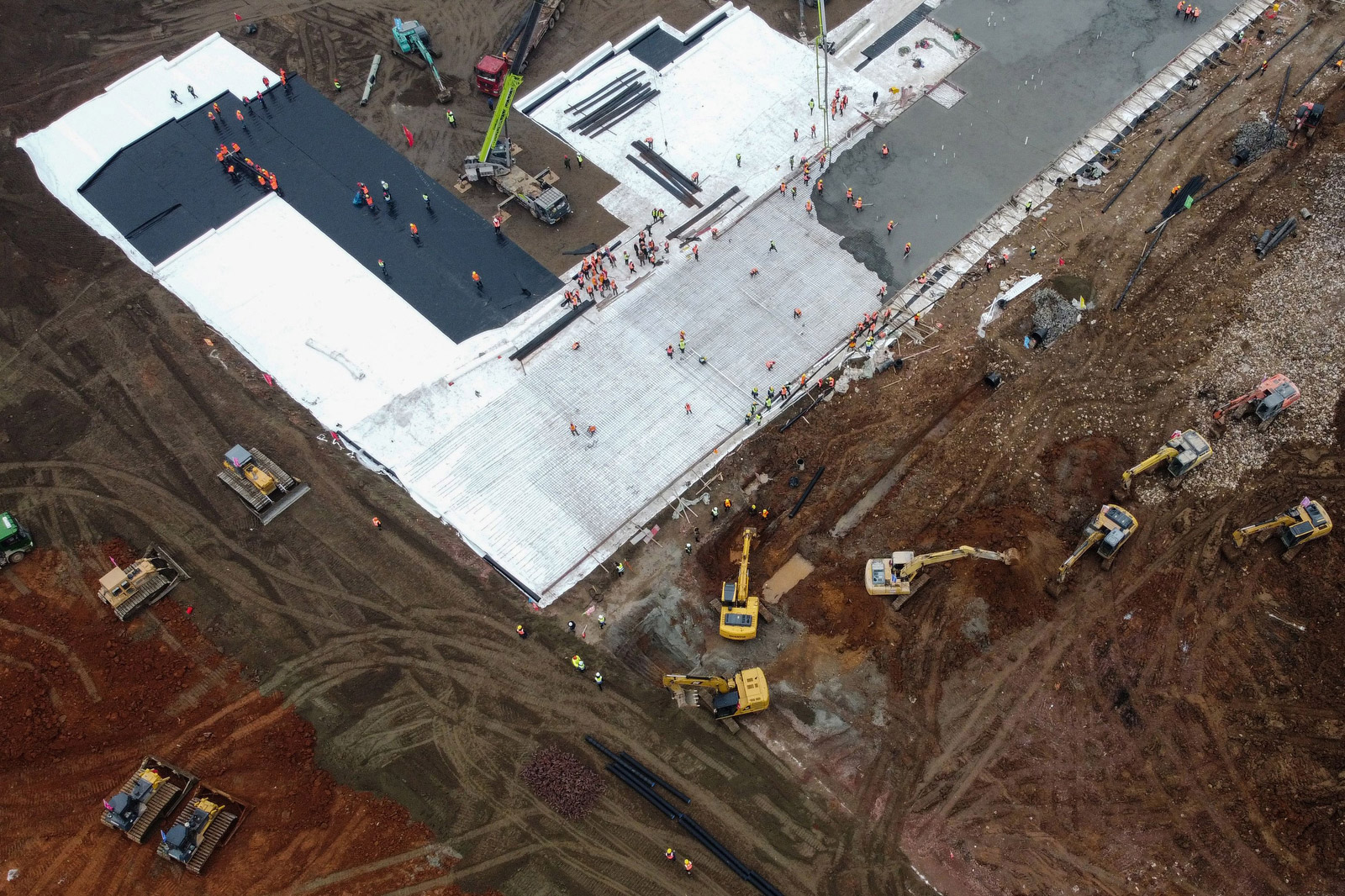 This aerial photo, taken on January 27, shows a new hospital that was being built to treat coronavirus patients in Wuhan.

Retamal and the rest of the AFP crew were eventually pulled out of Wuhan as part of French evacuations. They were quarantined at a resort in Marseille, France.

Retamal returned to Wuhan this month. People seemed relieved that the lockdown was over, but there wasn’t a great outpouring of emotion — except for one notable scene at the airport.

“The local authorities organized a farewell ceremony to the medical teams that specially came to Wuhan to reinforce the hospitals. The local staff hugged the medical workers strongly to say bye, and they cried,” he said. “It was a very emotional moment that showed the positive side of this tragedy, which is the generosity and bravery of people to help others.” 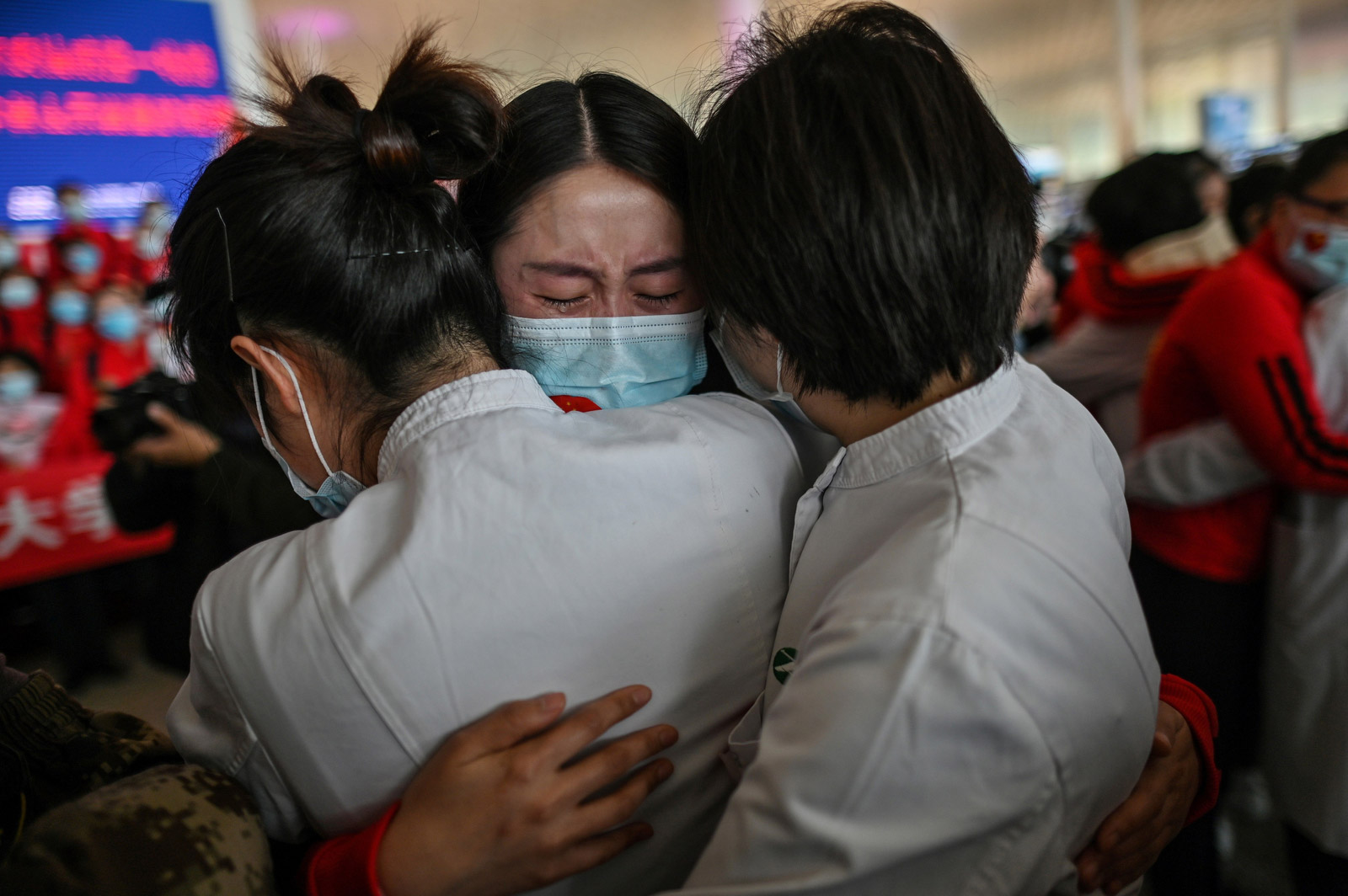 A medical worker from China’s Jilin province, center, cries while hugging nurses from Wuhan on April 8. 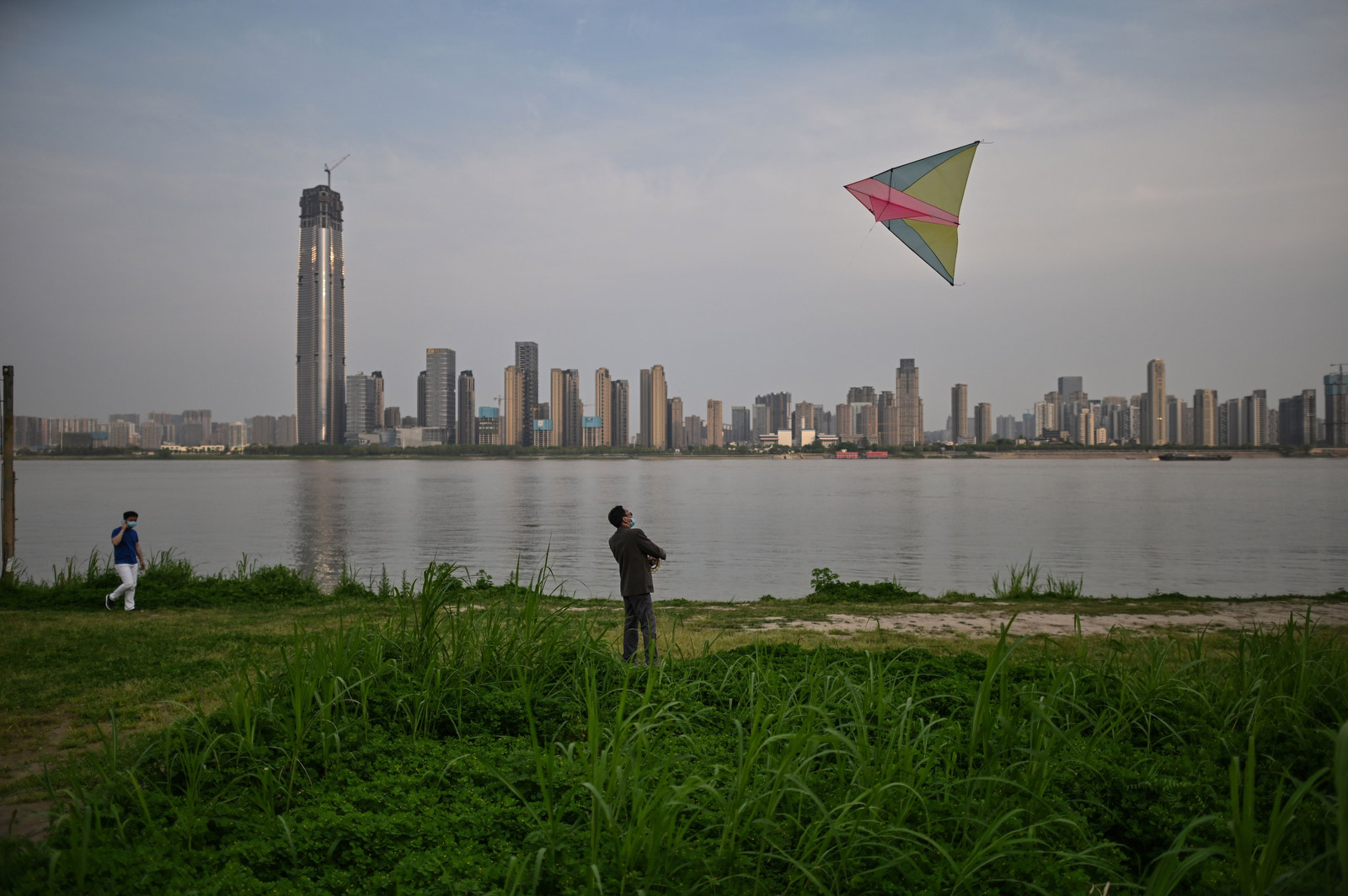 A man flies a kite along the Yangtze River on April 8.