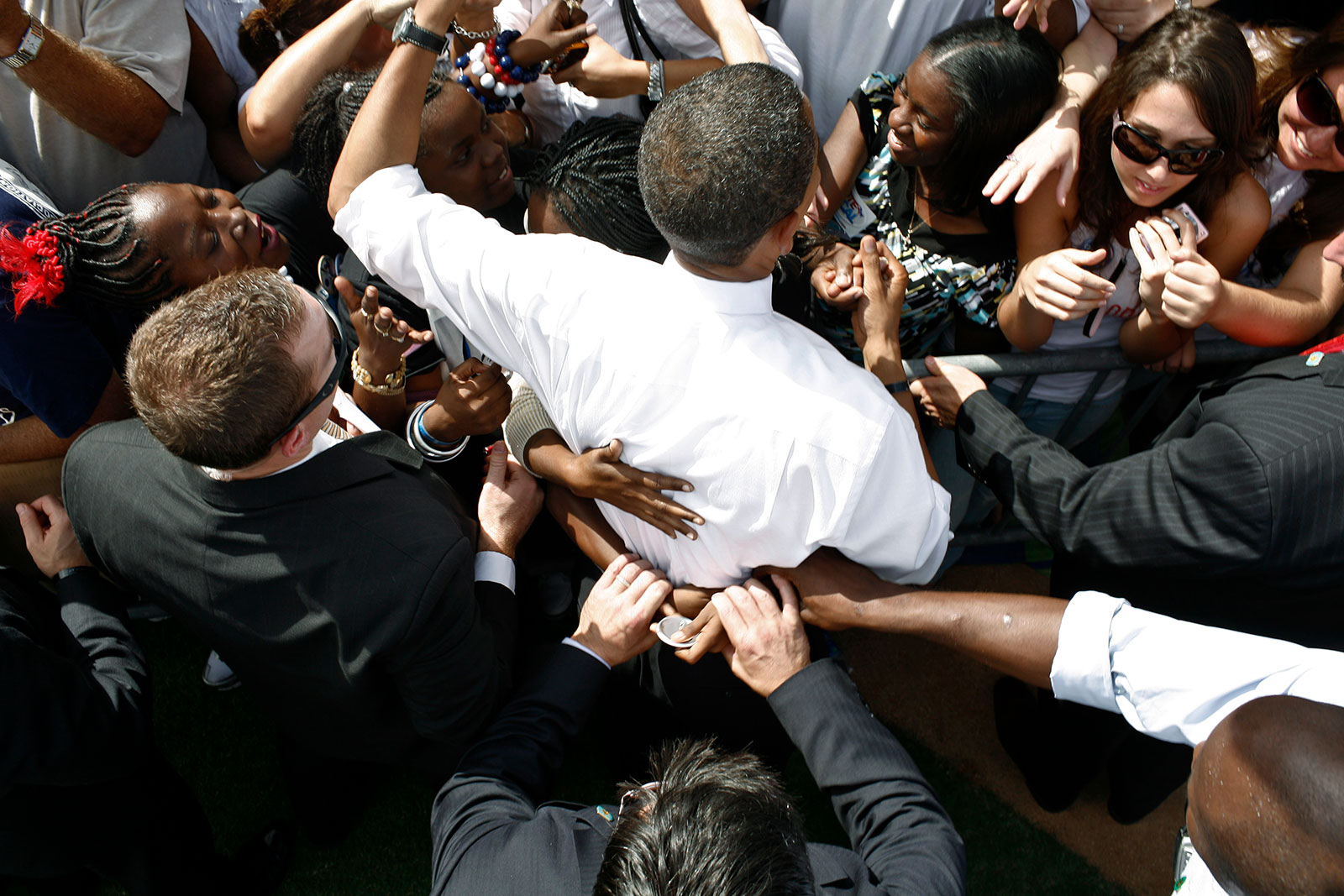 The pandemic has put a stop to presidential campaigning as we know it.

And because of that, we’re not seeing many of the photos we normally see around this time.

There are no more handshake lines. No more holding babies or taking selfies. We aren’t seeing the lighter moments behind the scenes. Everything feels distant and detached. 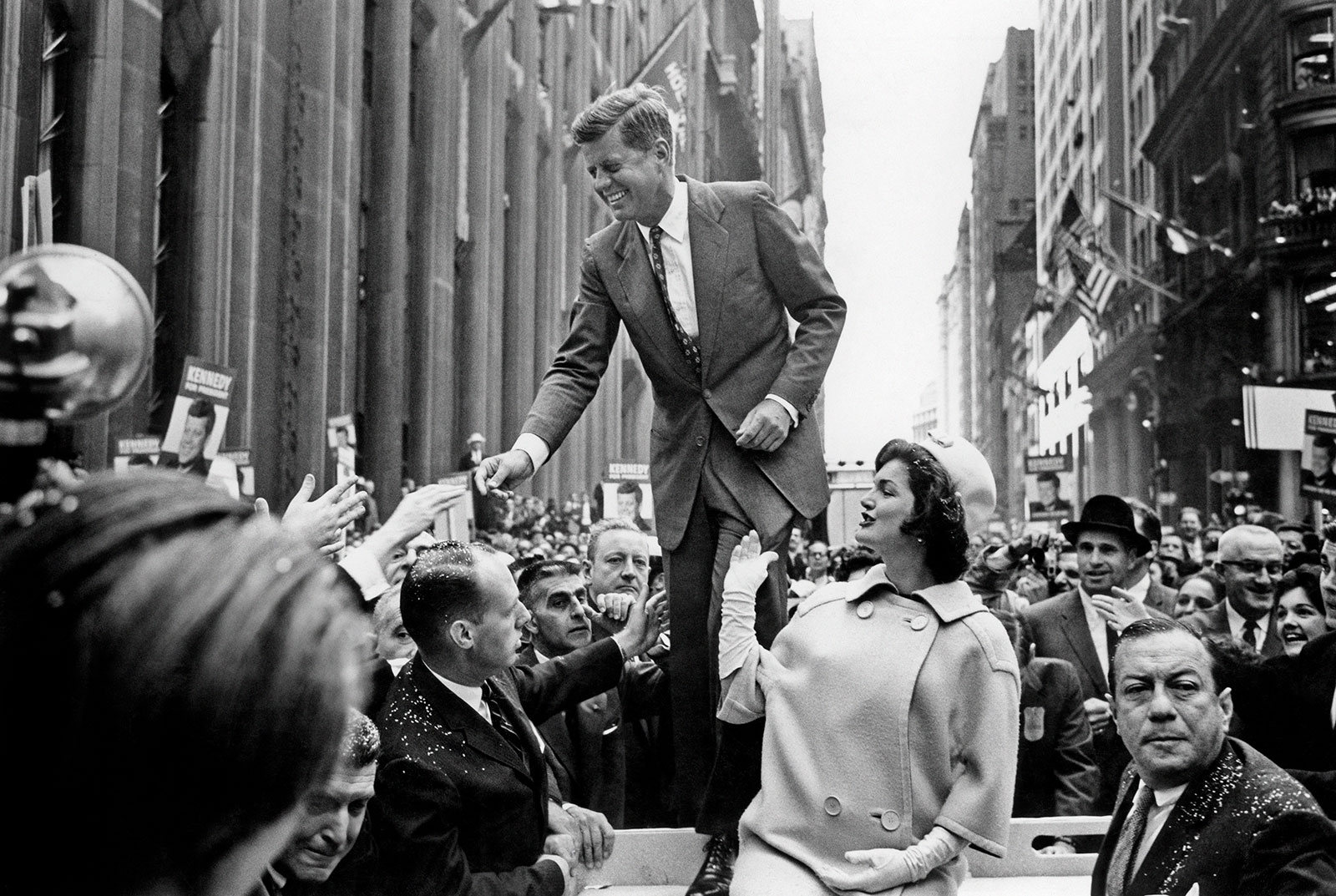 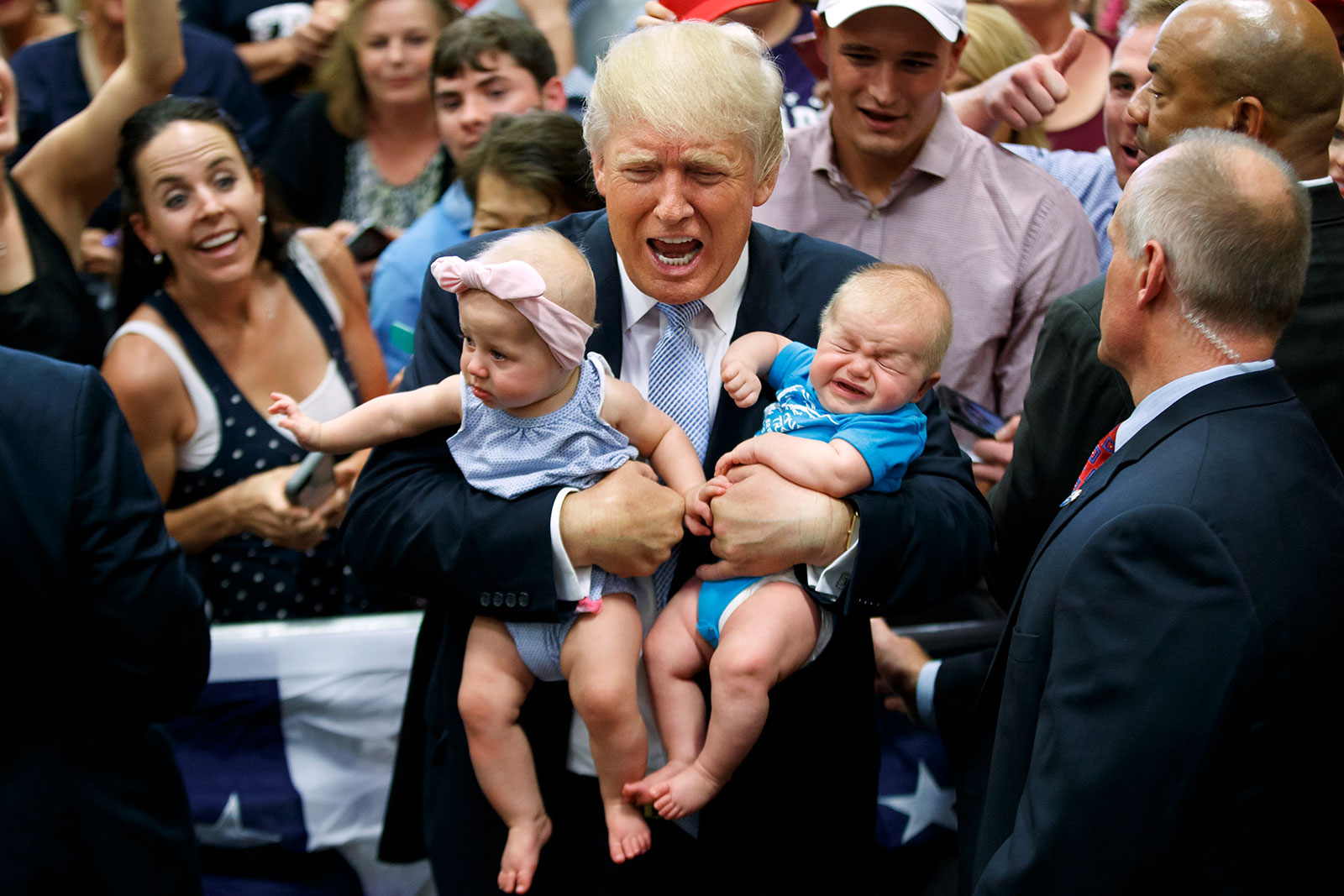 “I think you’re missing any intimacy in the campaigns,” said David Hume Kennerly, who has covered 13 presidential campaigns during his career. “You’re seeing what we see on TV. But that's not enough.”

What we are left with are staged moments and carefully planned sound bites. Usually delivered from a podium.

“There are no real moments. There’s nobody interacting with these candidates,” veteran photographer Callie Shell said. “So all we get is the spins. We just get two campaigns fighting it out.” 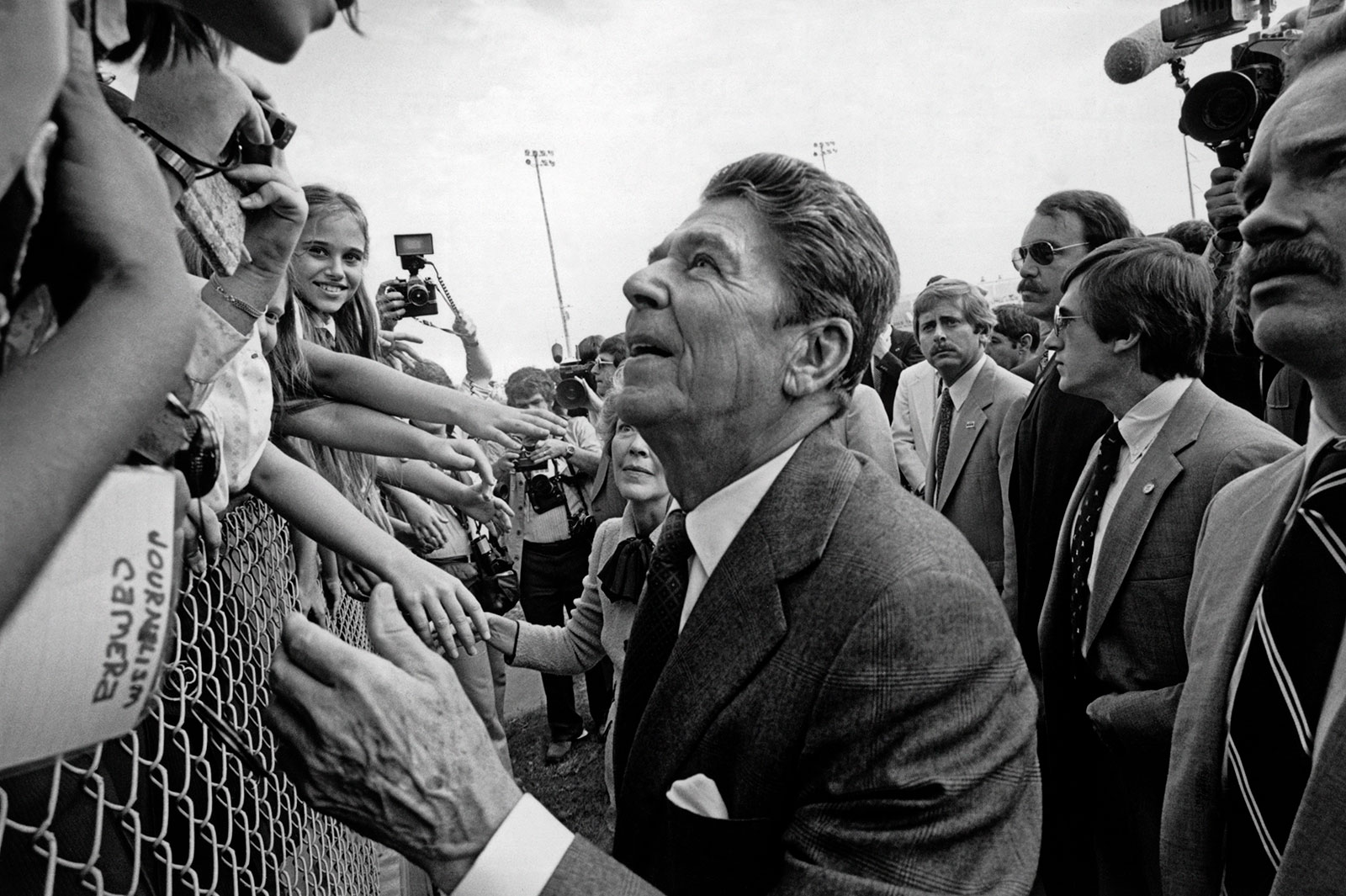 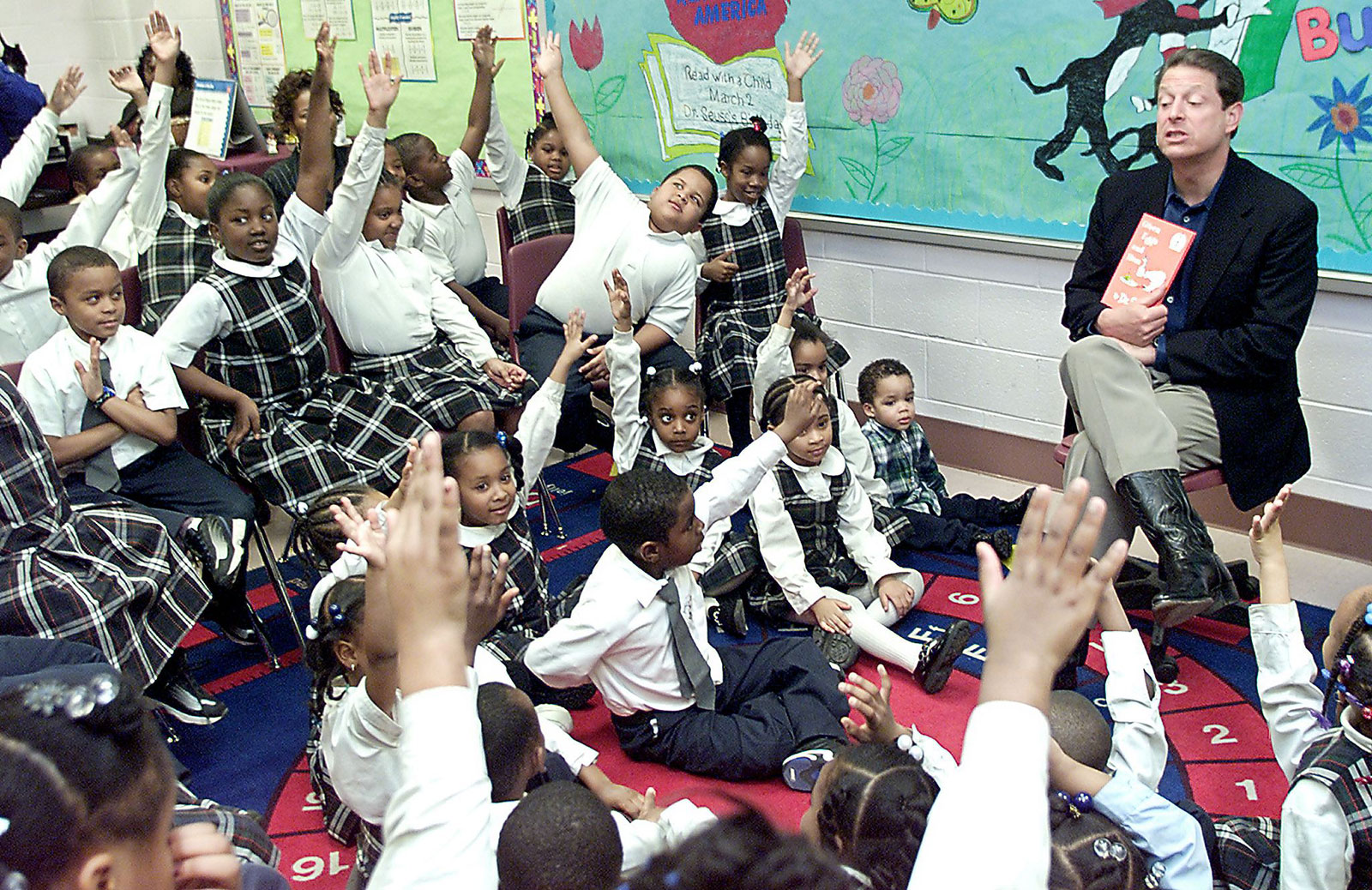 New York Times photographer Doug Mills, who has been traveling with President Donald Trump as part of the White House press corps, says this year’s photo opportunities have been dramatically different from presidential races of the past.

“I was with Hillary (Clinton) last time, and she would spend hours in a crowd, shaking hands and taking selfies, and that stuff is just not happening,” Mills said. “And I know Vice President Biden is famous for that. He’s really good with taking a selfie or taking a portrait or picture, and he’s not able to do that and he’s even more restricted than President Trump is as far as the crowds. I haven't seen him near a crowd the whole season.” 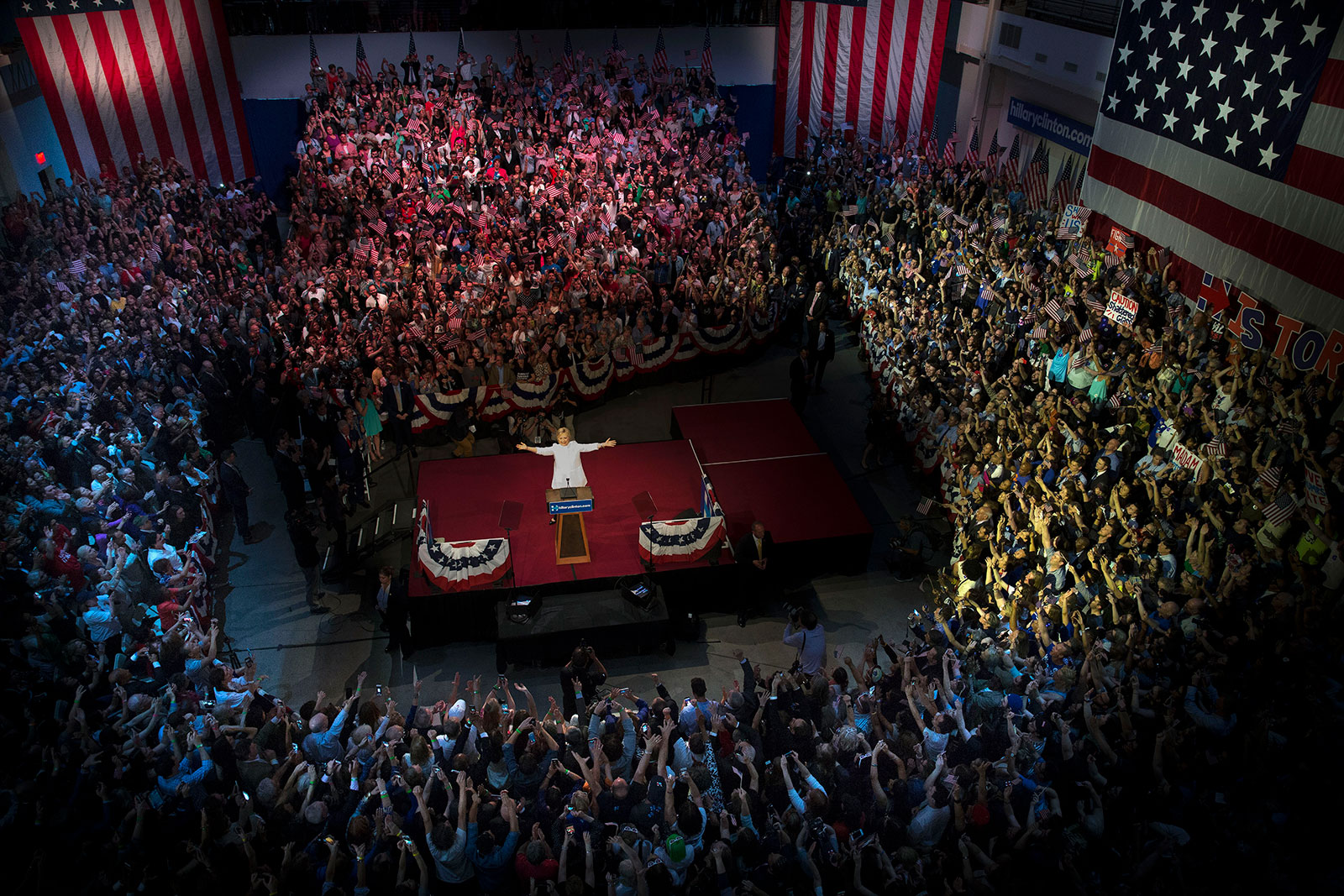 Hillary Clinton soaks in the moment after clinching the Democratic nomination in 2016. The photo was taken with a remote camera by New York Times photographer Doug Mills. “I didn't know she was going to put out her arms. It was the first time I've ever seen her do that,” Mills said. Doug Mills/The New York Times/Redux 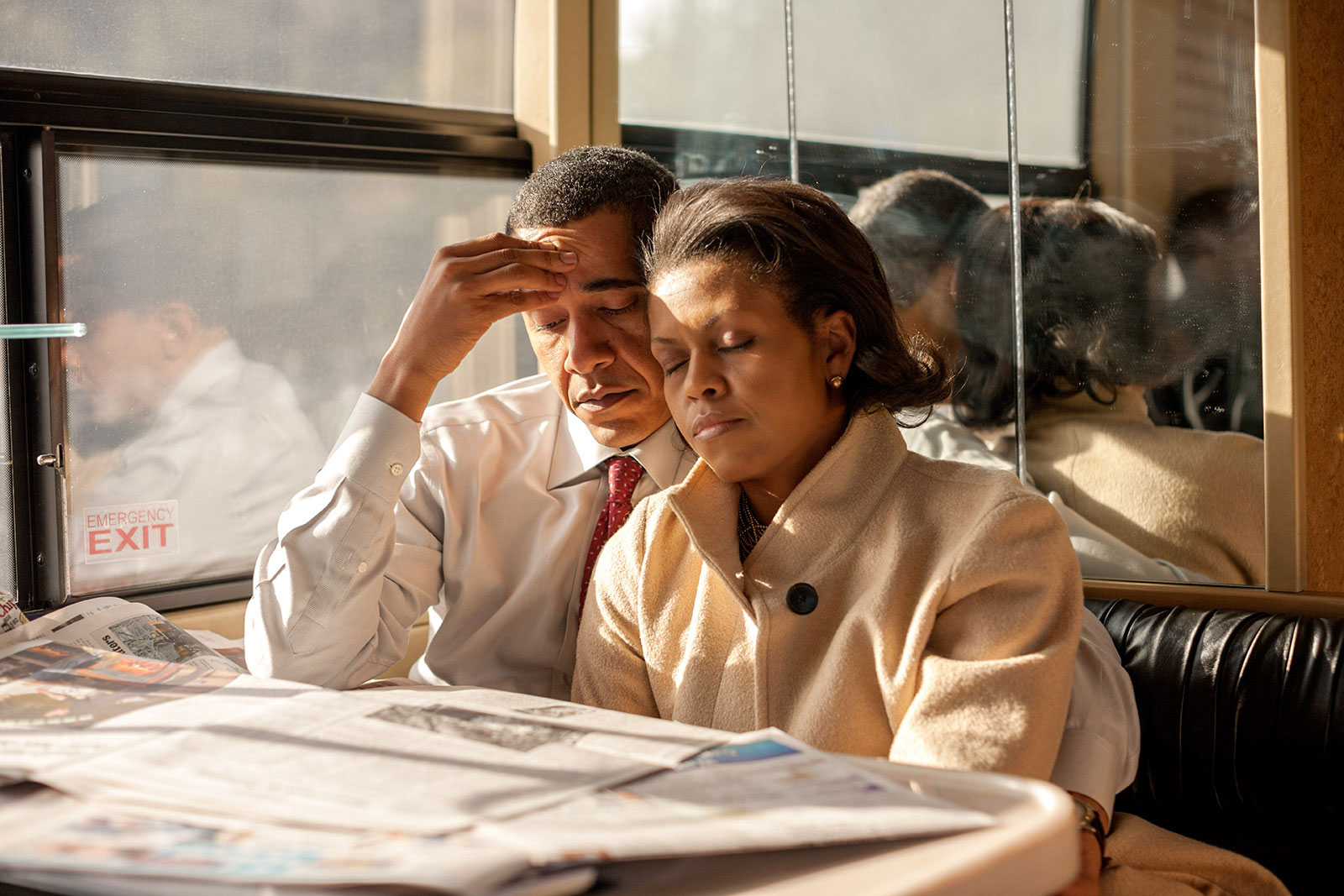 Barack and Michelle Obama have a quiet moment together on a campaign bus in 2008. They had been campaigning separately all week, and it was a rare chance for them to spend some time together. Callie Shell

Mills says he and his fellow photographers have been a bit handcuffed by the reality of the situation.

“Sometimes some of the images become redundant, where you don't have that spur-of-the-moment, the spontaneous handshake or reach into the crowd. … We're not making those images now, and history will show that.”

It’s these unscripted moments — and genuine reactions — that can often tell us more about a candidate than a speech. 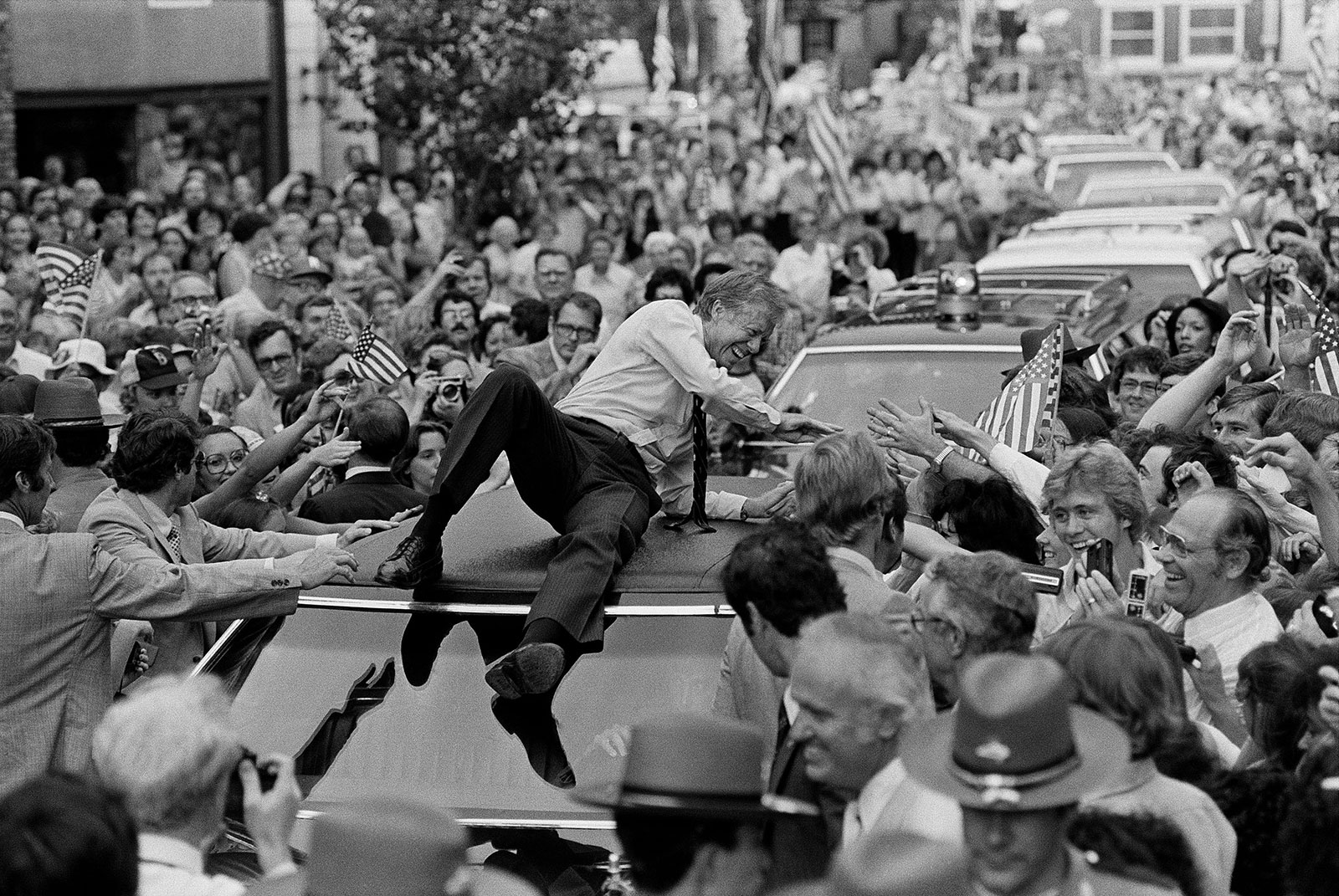 President Jimmy Carter, while running for reelection, leans across the roof of his car to shake hands with people during a parade in Bardstown, Kentucky, in 1979. Bob Daugherty/AP 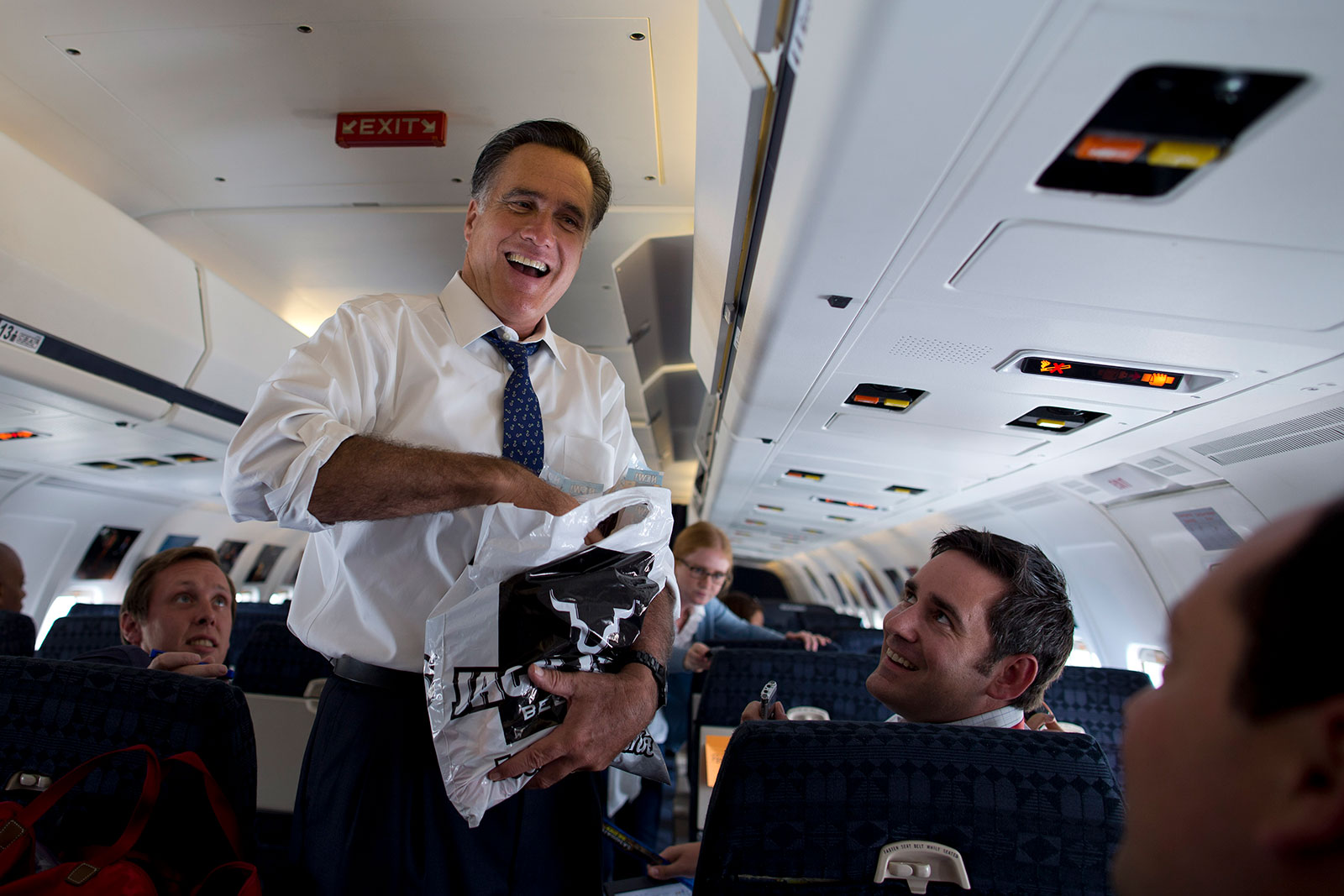 Mitt Romney laughs as he hands out beef jerky to the press on his campaign plane in 2012. Evan Vucci/AP

“There are going to be moments where (candidates) are going to be real and they’re going to be like real people, and I think that we want to know and should be able to know our political leaders as real human beings,” said Dan Habib, a former photographer who covered six New Hampshire primaries during his career. “Photography can show you what they’re like at their most honest and unvarnished moments, and it’s important for voters to see that.”

When Habib was working for the Concord Monitor newspaper in 1992, he was given permission to spend an entire day with presidential hopeful Bill Clinton. His all-access pass resulted in a very human look at the candidate, including a famous photo of an exhausted Clinton rubbing his face in a public restroom. 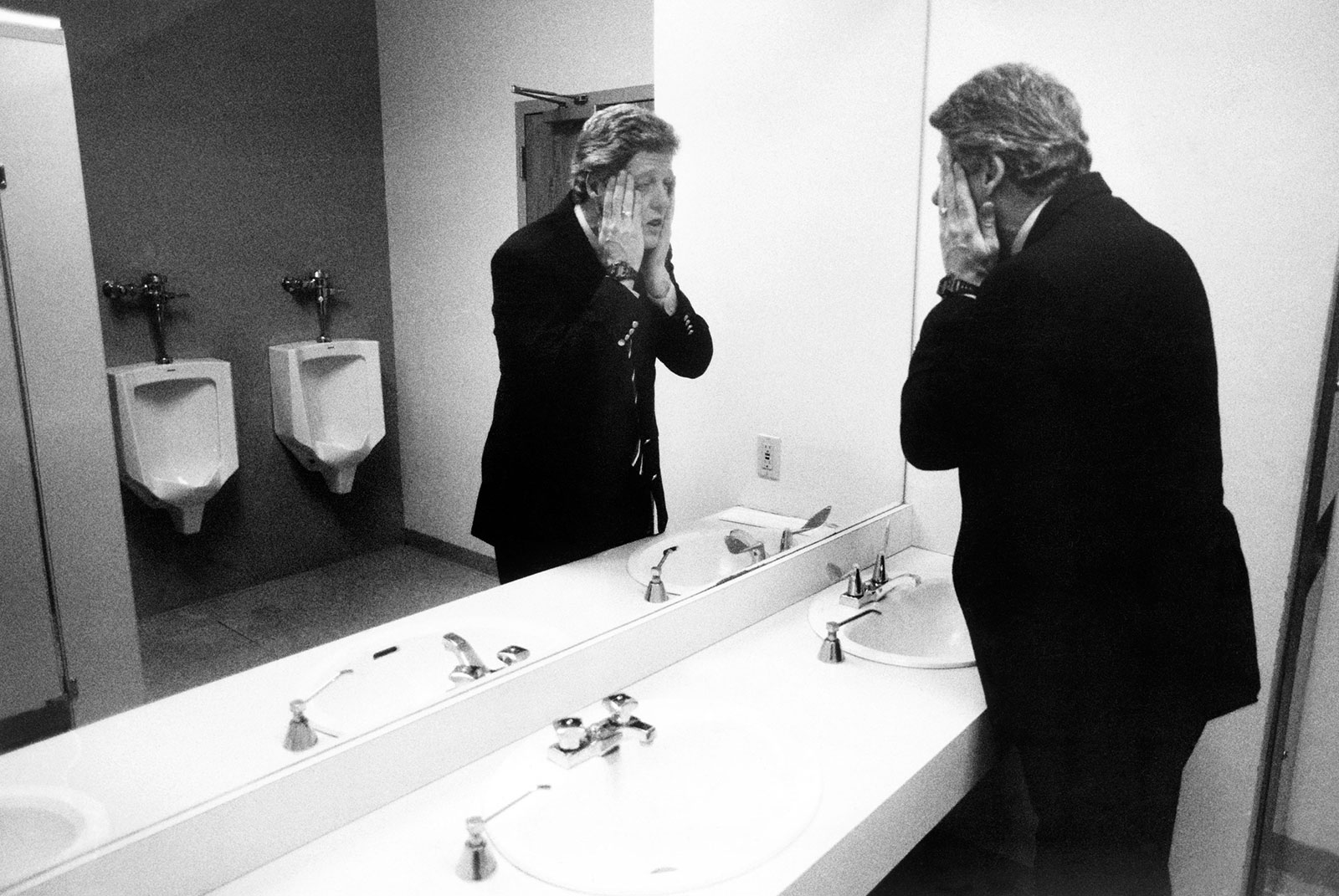 Bill Clinton rubs his face in a public restroom while running for president in 1992. “I asked him: ‘So what is it like to run for president? Is it what you thought it would be?’ ” Dan Habib remembers. “And he said, ‘Oh no, it's much more exhausting than I ever could have imagined.’ I just remember that moment of him being honest. That was a very human and honest response.” Dan Habib/Concord Monitor/Alamy 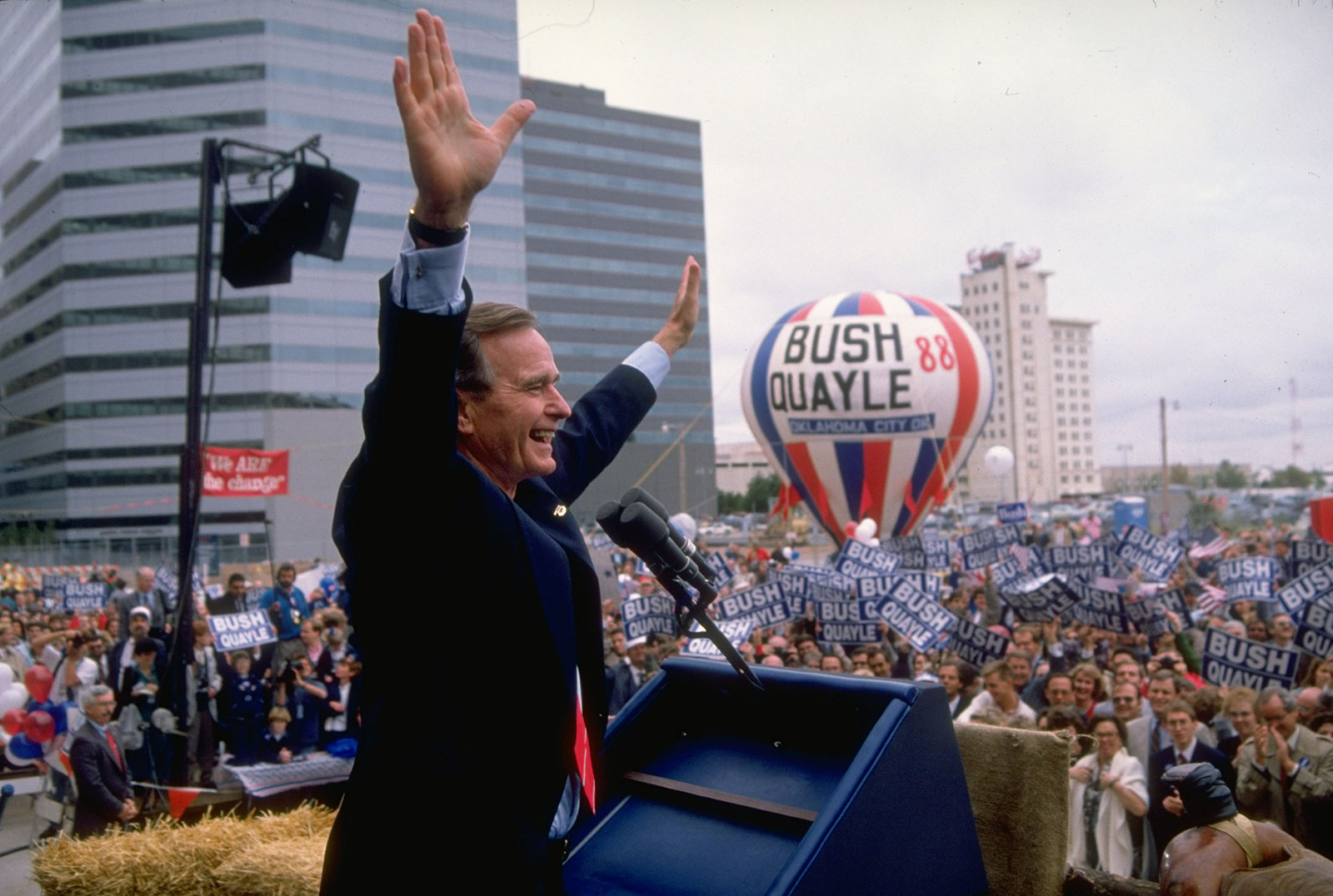 That Clinton photo is a moment that you probably wouldn’t get from any other medium.

“As a still photographer,” Kennerly said, “you’re able to go places where TV cameras can't go because TV cameras are recording sound and all of a sudden people are on guard. … Because the still camera doesn't have ears, we are allowed occasionally to get into the real life of somebody.” 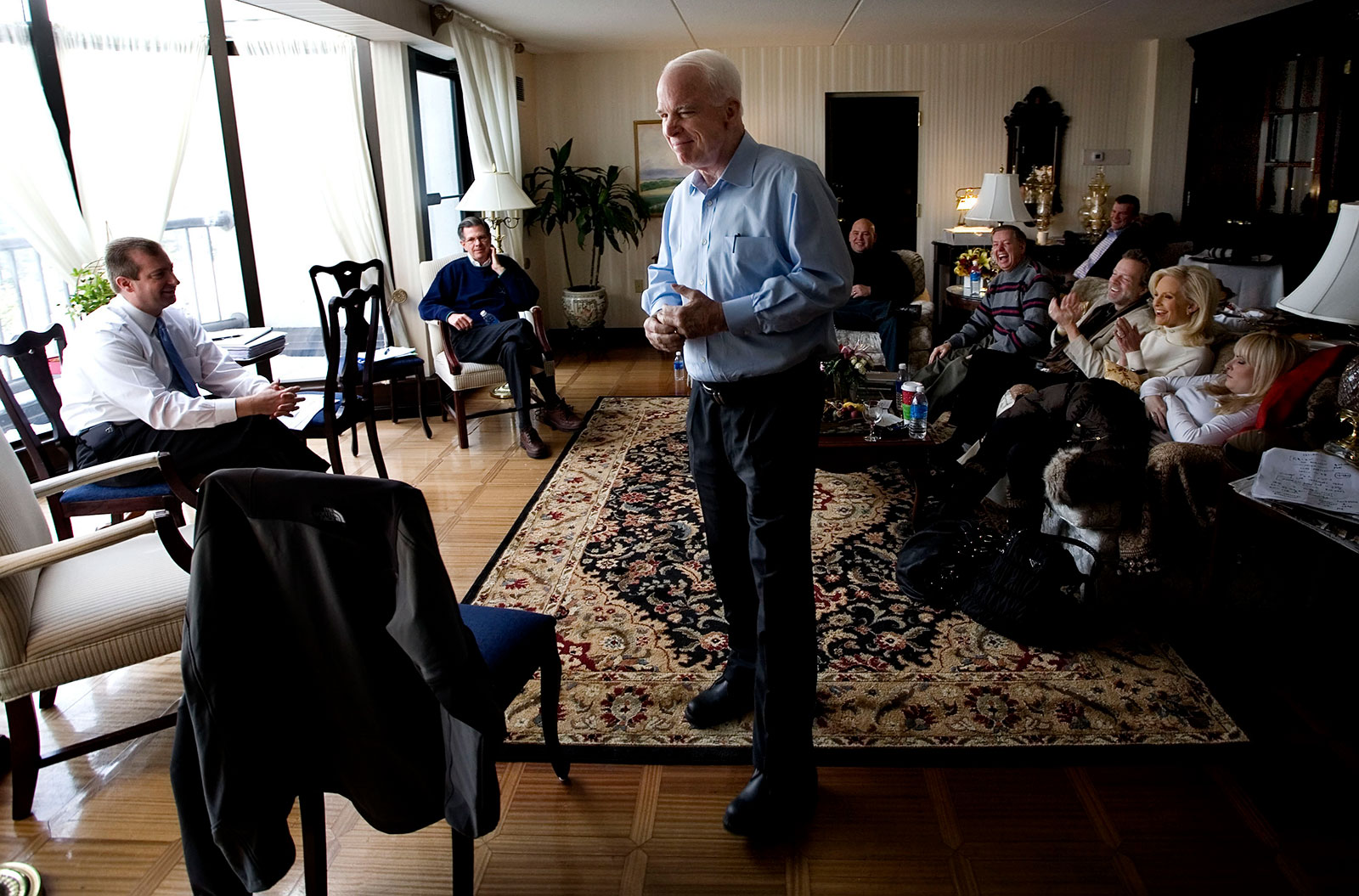 John McCain prepares for a Republican debate from a hotel suite in New Hampshire in 2008. David Hume Kennerly/Getty Images 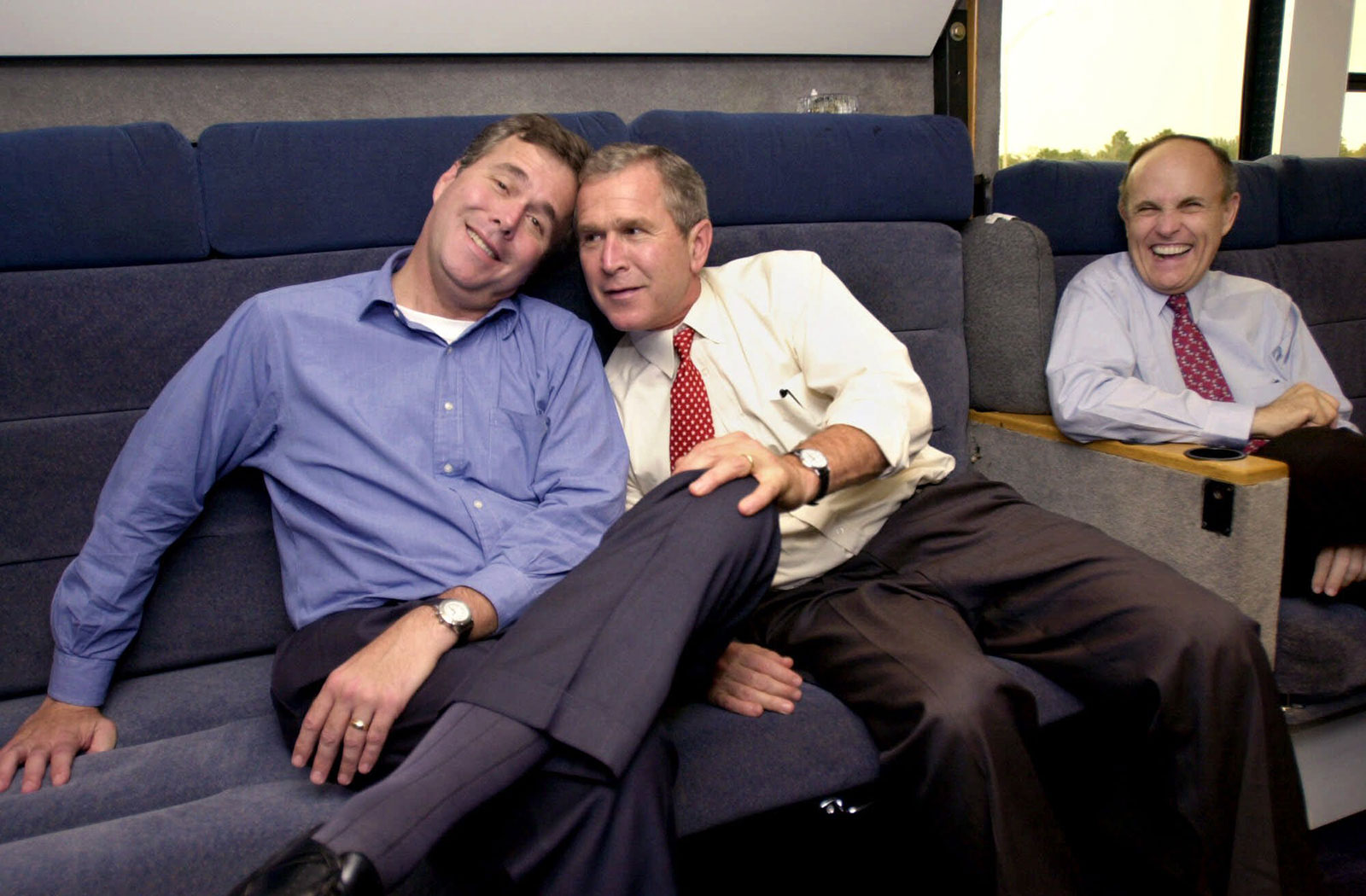 George W. Bush, center, jokes with his brother Jeb during a bus ride to a campaign rally in Miami in 2000. At right is former New York City Mayor Rudy Giuliani. Eric Draper/AP

Shell has covered multiple presidential campaigns and photographed Hillary Clinton and Barack Obama behind the scenes. She has always strived to show the real person behind the political persona.

“Everybody’s different, but I think most people standing at a podium in front of people speaking are different from who they are backstage,” she said. 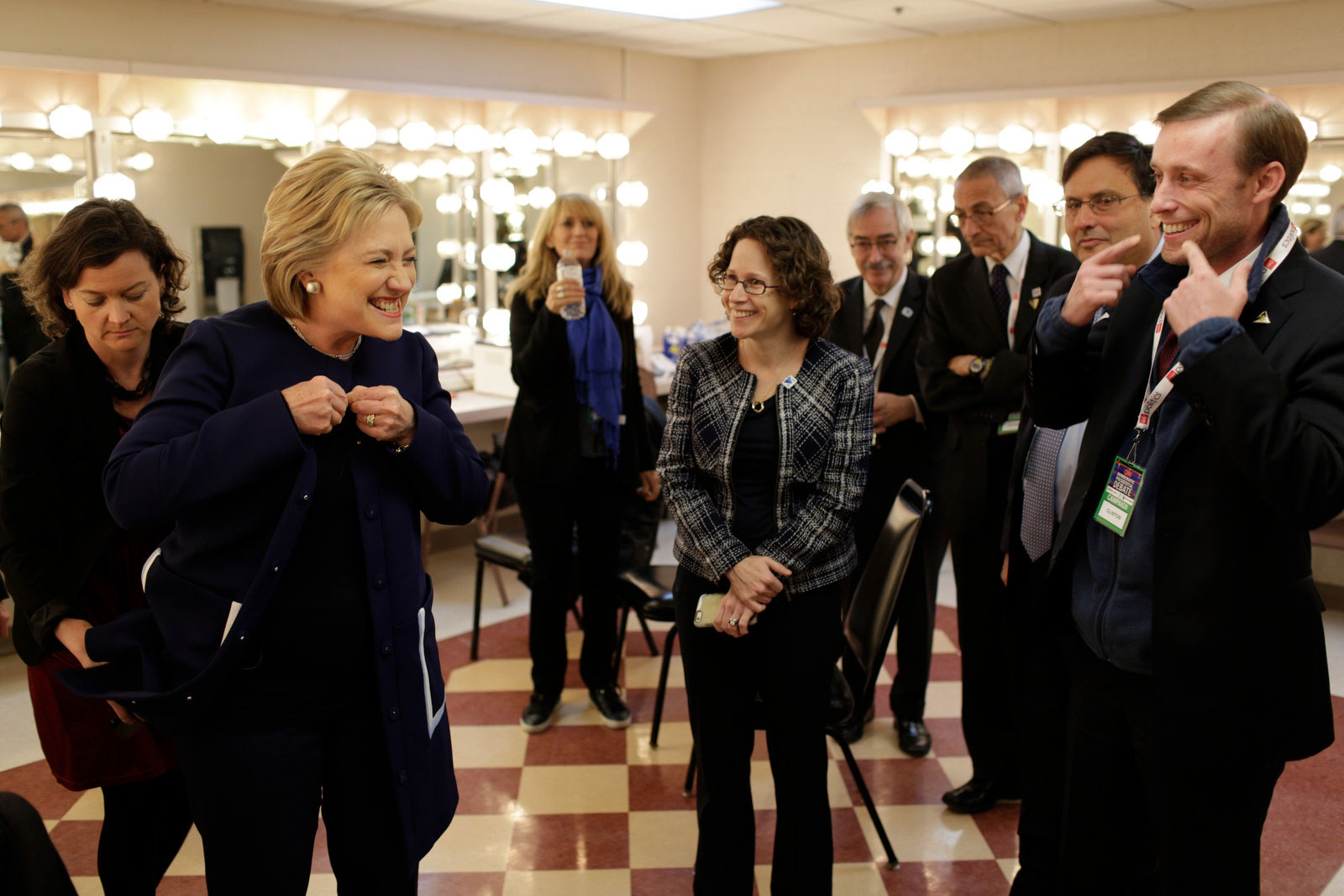 Hillary Clinton prepares backstage for a Democratic debate in 2016. “I felt in the last campaign, the Hillary camp really limited the access to her. And I think that hurt her,” photographer Callie Shell said. Callie Shell for CNN 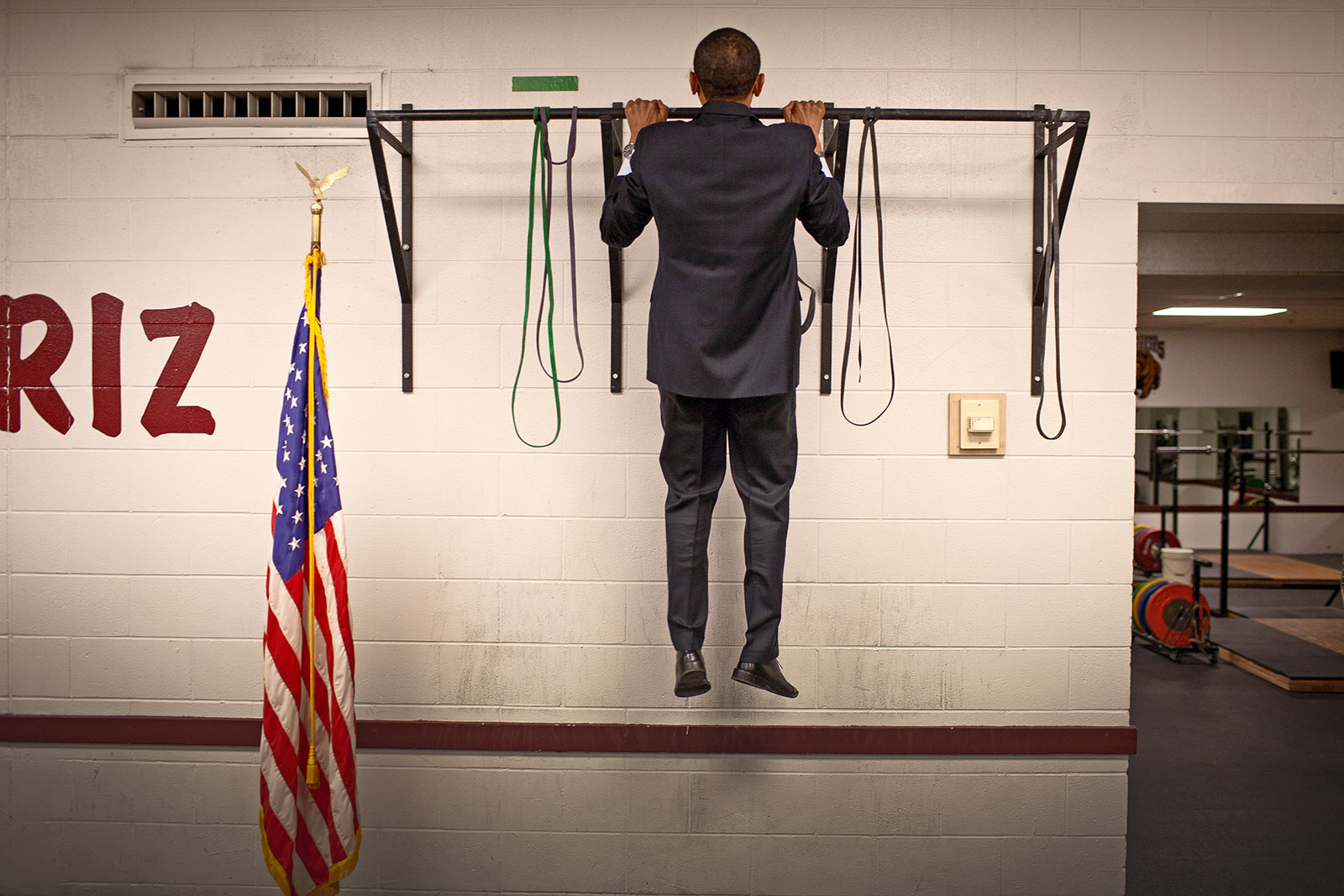 Barack Obama does pullups backstage before delivering a speech on the campaign trail in Missoula, Montana, in 2008. “In between rallies when we were waiting to be introduced or waiting to go on, (Obama) always had this excess energy,” Shell said. Two staff members had just taken a stab at pullups. One of them did a single pullup. The next did two. Obama did three with ease, Shell said, before dropping down and walking out to make his speech. Callie Shell

Because of the coronavirus, you’re not seeing that kind of access this year. But both Shell and Habib say that perspective has been harder and harder to get in recent years because more candidates and their campaigns have been obsessed with controlling the message.

“There’s some benefit in showing themselves as real human beings with vulnerabilities and moments of reflection and maybe moments when they’re sad or angry,” Habib said. “But maybe they see the risk as greater than the reward in this political climate and this social-media climate.” 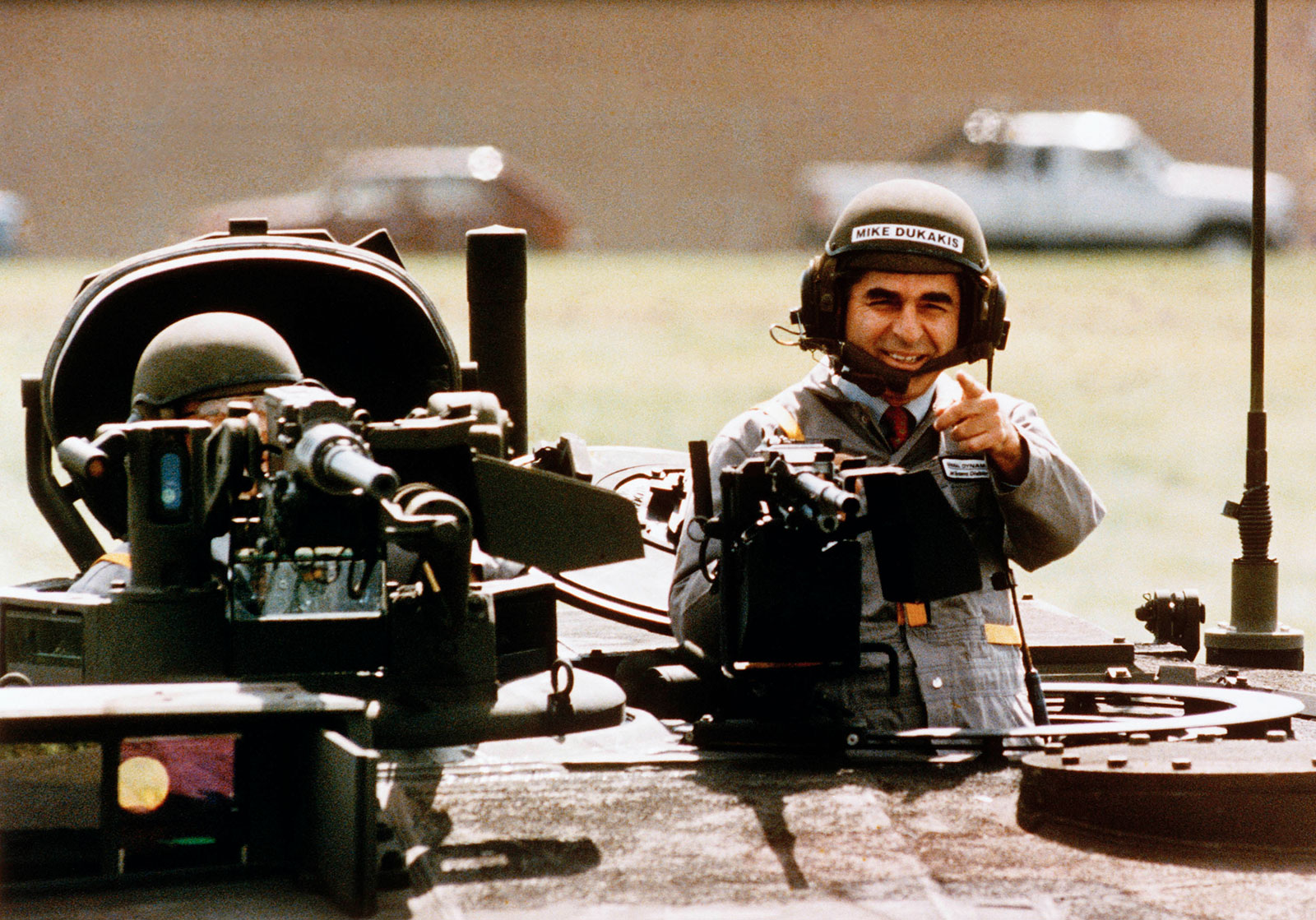 Michael Dukakis appears in an armored tank during a 1988 campaign visit to a military equipment manufacturer. "When the Republicans saw one of the images of the diminutive Dukakis popping out of an M1 Abrams Main Battle Tank with a helmet on, they almost popped the corks on the champagne," wrote CNN contributor Julian Zelizer. The Bush campaign featured video of the event in a negative TV ad questioning Dukakis’ commitment to defense. Michael E. Samojeden/AP 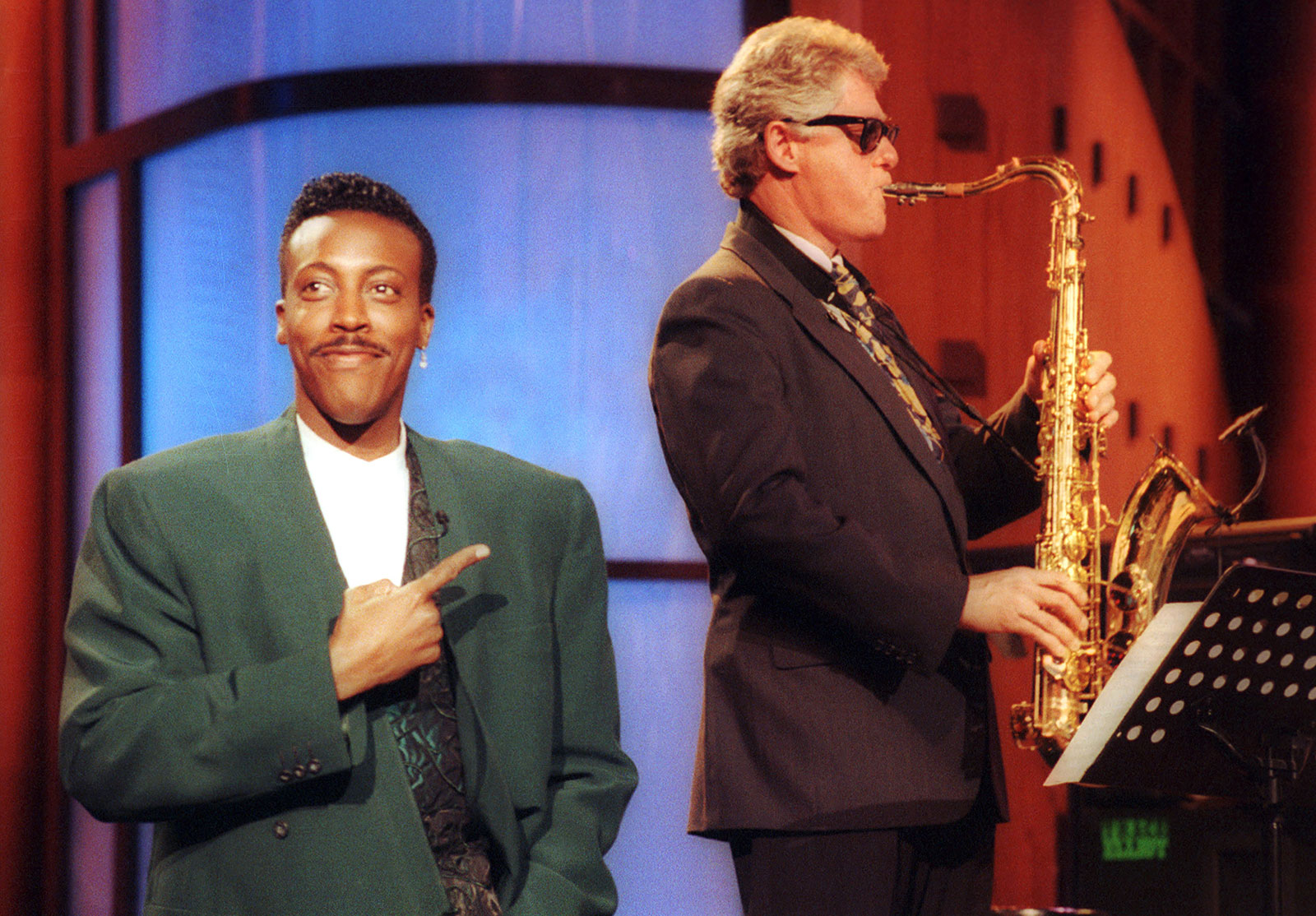 Bill Clinton plays the saxophone on a taping of “The Arsenio Hall Show” in 1992. Reed Saxon/AP

As this year’s race winds down to Election Day, Mills says he will continue to look for unscripted moments wherever he can find them. Maybe it’s as simple as a lightning bolt or some beautiful light during an outdoor rally.

He’s trying to think differently — and it fits the theme of a campaign season that’s been anything but conventional. 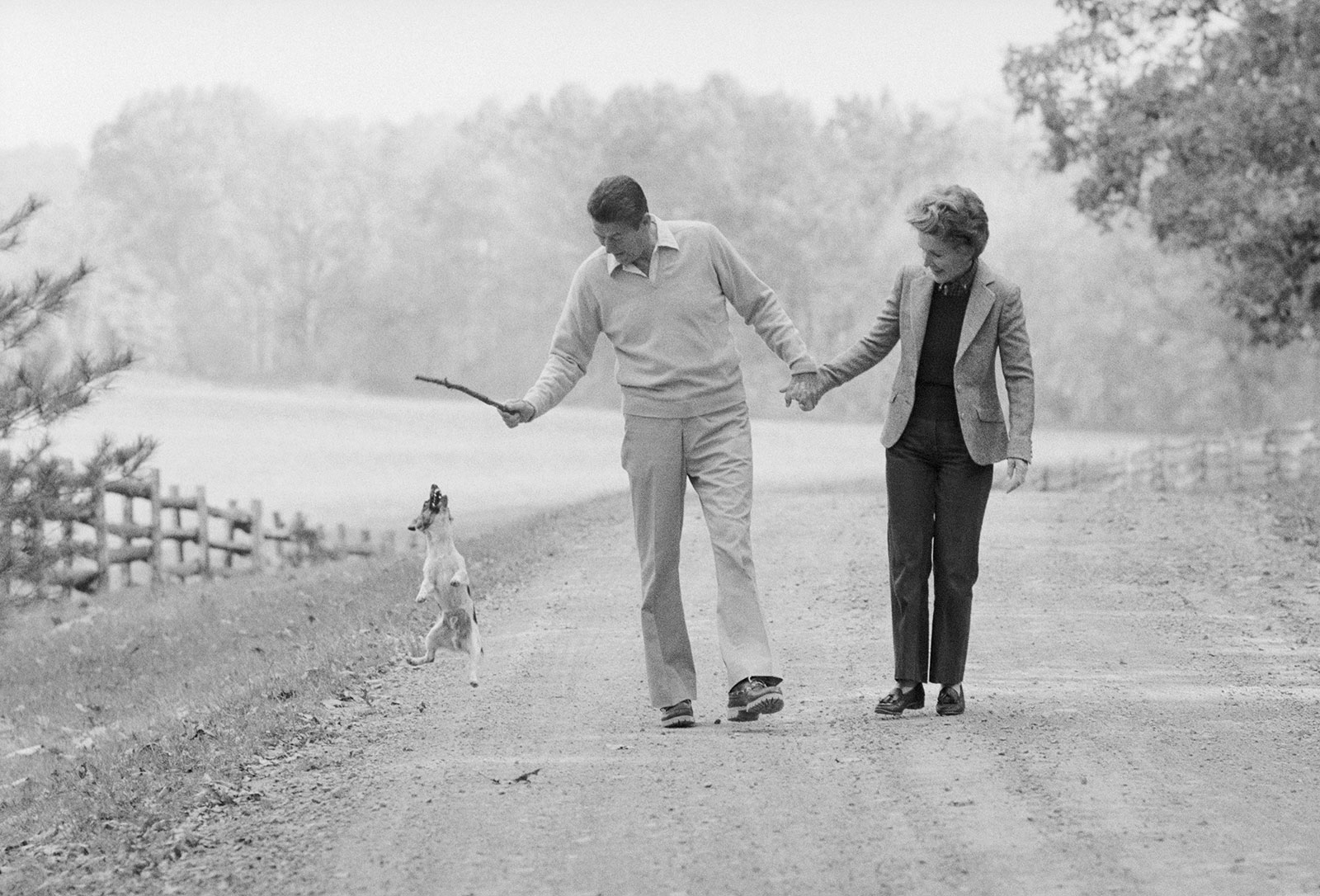 Ronald Reagan plays with his dog while walking hand in hand with his wife, Nancy, at their home in northern Virginia. They were relaxing after his most grueling campaign trip to date. Bettman Archive/Getty Images 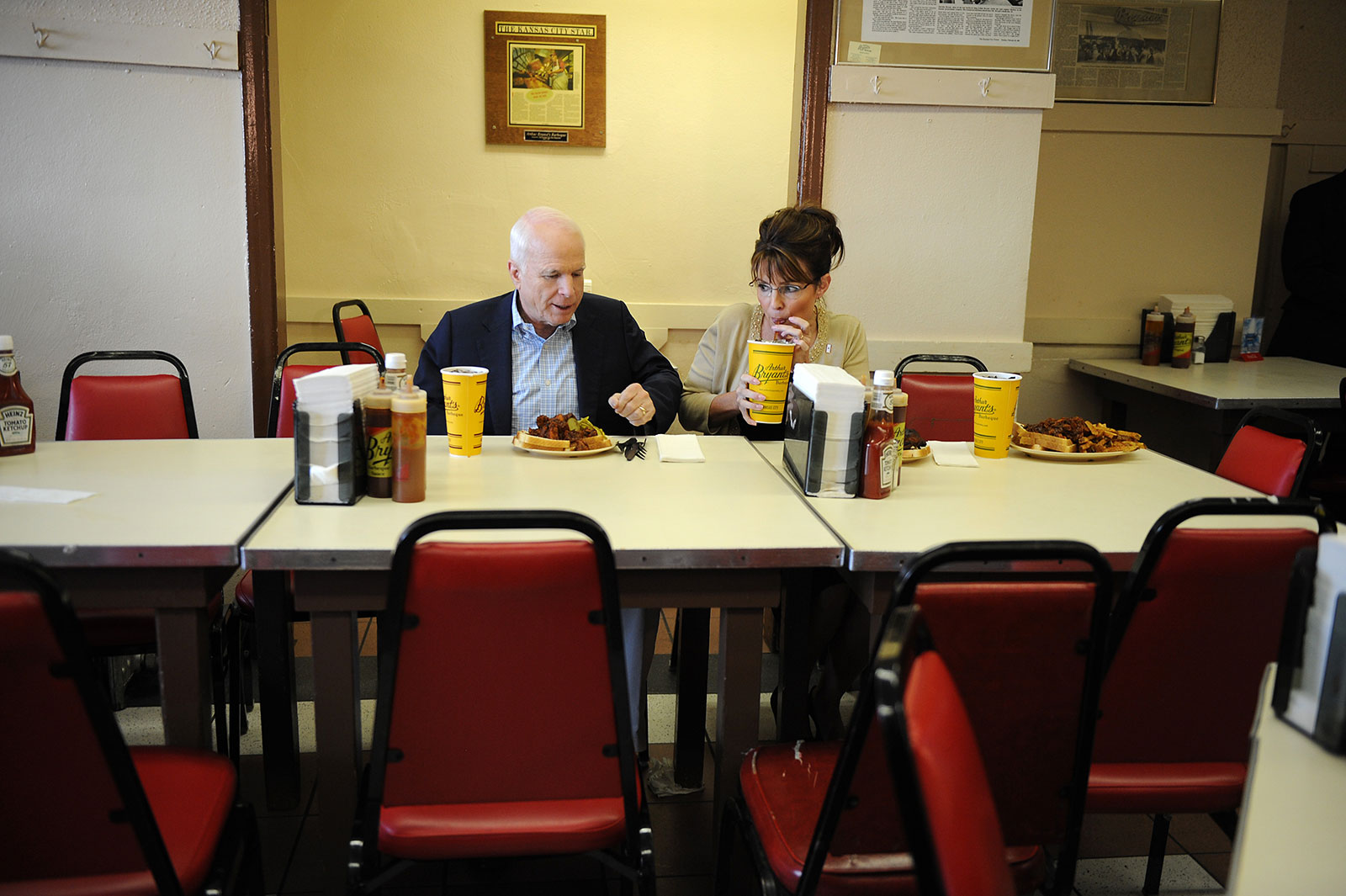 John McCain and his running mate, Sarah Palin, have a meal at a restaurant in Kansas City, Missouri, in 2008. Robyn Beck/AFP/Getty Images

Mills is tested for the coronavirus every day he works with the White House press corps. He estimates he’s been tested more than 75 times since the pandemic started.

He wears a mask all day, except to eat or drink a cup of coffee. When covering Trump’s June rally in Tulsa, Oklahoma, he wore two masks and a pair of safety glasses that fogged up on him as he worked.

“I’m 60 years old, so I'm considered in the high-risk district and I try not to get too close,” he said. “I may use a different lens. I may not get as close as I used to.” 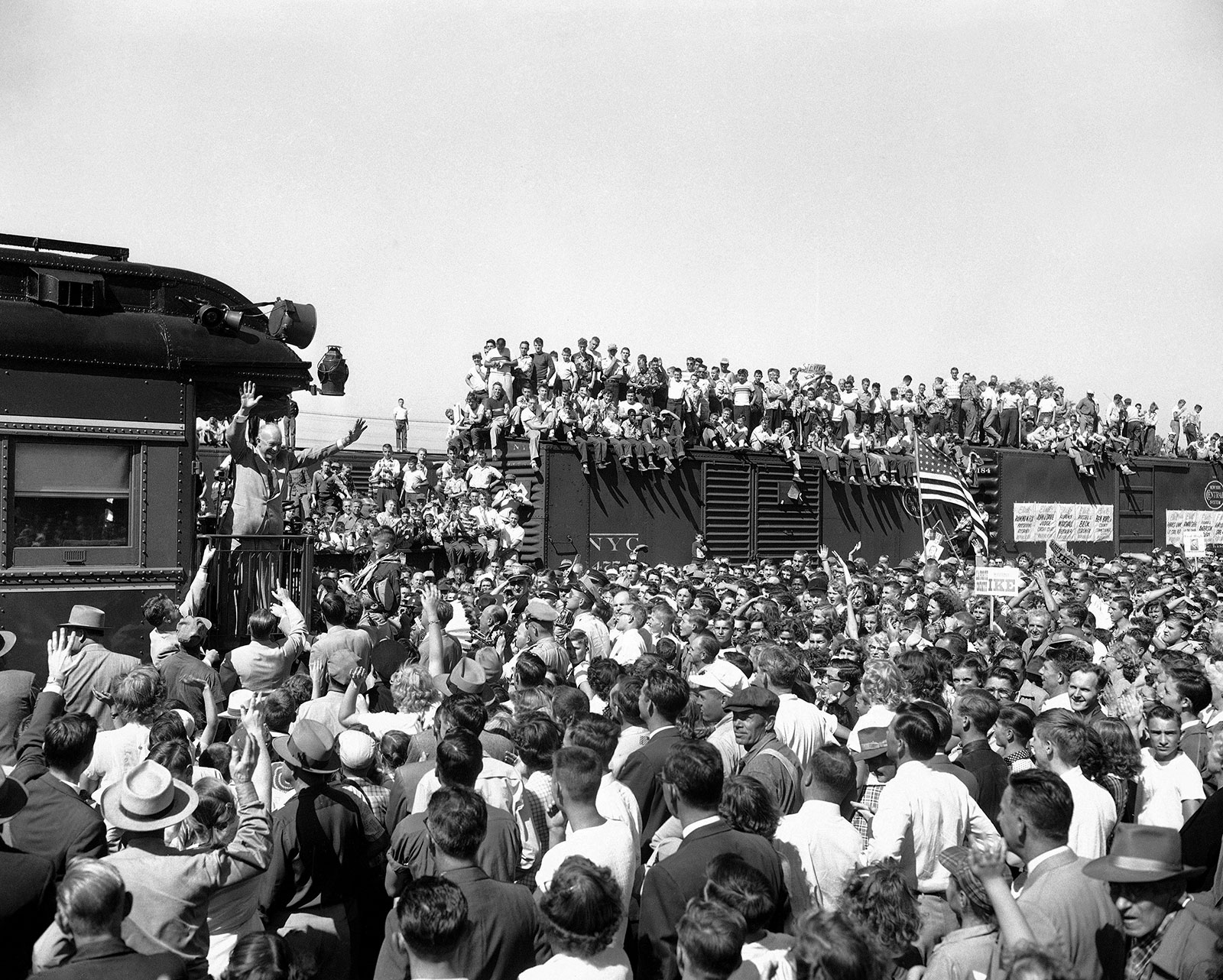 A crowd gathers to hear Dwight D. Eisenhower speak from a train platform in LaPorte, Indiana, in 1952. Bill Allen/AP 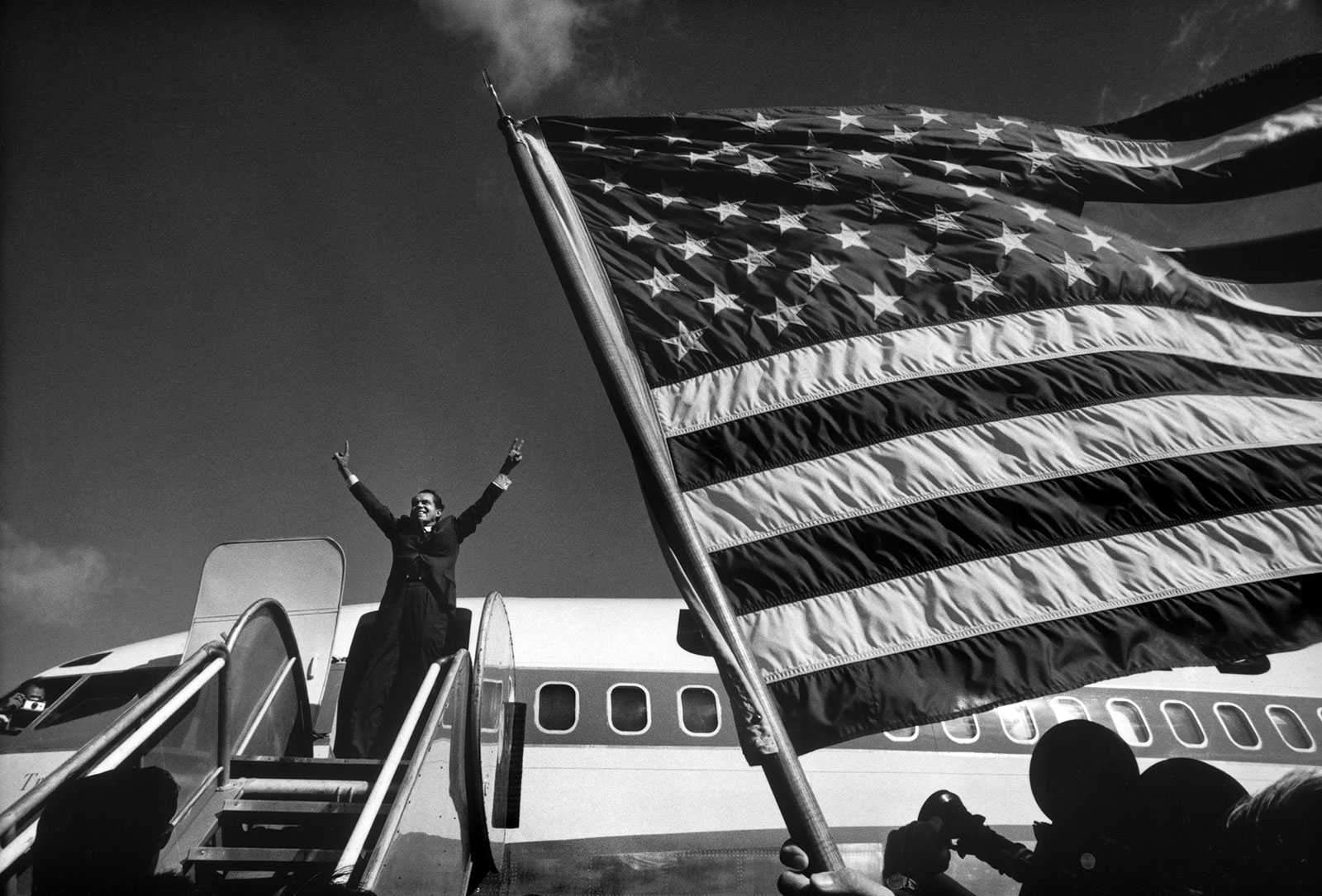 Shell says it’s a shame that voters aren’t going to be able to see much of the candidates outside scripted events this year.

“We want to see the difference between the two men,” she said. “It’s not the same as hearing them speak. … I think people need to go back and look at campaign photographs to remember what they really are missing.”