What makes 'Lift Every Voice and Sing' so iconic

For more than a century, “Lift Every Voice and Sing” has held a powerful place in American history. The hymn is known as the Black National Anthem, but it’s more than that. It’s a history lesson, a rallying cry, a pledge of unity, and as people gather to fight for equality and justice, it is an ever-present refrain.

Here’s a tour of the historical and cultural meaning behind the lyrics.

“Lift Every Voice and Sing” was written and composed by the Johnson brothers, a pair of influential men from Jacksonville, Florida.

James Weldon Johnson and John Rosamond Johnson worked together their whole lives, first in show business and later in the pursuit of civil rights. They both saw artistic and cultural excellence as a key to Black advancement in America.

Photo by Library of Congress/Corbis/VCG/Getty Images

The elder Johnson was a lawyer, diplomat, professor, prolific writer and poet, and the first African American leader of the NAACP. At the time he wrote this song in 1899, he was the principal of the segregated Stanton School in Jacksonville, Florida. That's where the hymn debuted the following year, sung by 500 children at an event celebrating Black history.

The younger Johnson trained at the New England Conservatory of Music. During his long musical career, Johnson composed and performed in stage musicals and operettas, and his work spanned multiple genres from vaudeville and traditional theater to spirituals and other deeply-rooted African American traditions.

Listen to 'Lift Every Voice' as performed by the famed Morehouse College Glee Club at the historically Black college's commencement ceremony in 2019.

Author of two books, and professor of Musicology and African American Studies at UCLA.

Lift every voice and sing,

Till earth and heaven ring,

Ring with the harmonies of Liberty

The "Liberty" of which James Weldon Johnson wrote included the rights and protections that citizens of African descent in the United States were promised but had yet to receive. Although written more than a generation after the enslaved emancipated themselves during the US Civil War, the song spoke to a world rife with Jim Crow segregation and the threat of mob violence and lynching.

High as the listening skies,

Let it resound loud as the rolling sea.

Sing a song full of the faith that the dark past has taught us,

Captives being brought on board a slave ship on the west coast of Africa, circa 1880. Ann Ronan Pictures/Print Collector/Getty Images

This lyric is an acknowledgment of the conditions that many listeners would have known intimately in the moment of the song's composition: slavery. A system of brutal inhumanity, slavery instilled in those captured African women and men a will to survive often bolstered by religious beliefs ("faith") that guaranteed future freedom and redemption.

Sing a song full of the hope that the present has brought us;

In the moment of the song's release, Johnson was an educator in Jacksonville, Florida, who was quickly setting his sights on the integrated North. The turn-of-the-century US was blossoming, slowly but surely, with new forms of popular culture and racial politics guided by influential leaders, including Booker T. Washington. At this point in his life, Johnson had every reason to believe that Black Americans would play a pivotal role in bringing about the nation's better days.

Facing the rising sun of our new day begun,

Let us march on till victory is won.

Public marching was quickly becoming an important protest strategy in early 20th century as Black communities used their numbers to put pressure on local and national politicians and institutions. Victory was nothing short of equal rights and full inclusion, which entailed meeting and expanding the letter of the law. The gains made during this period—some of which Johnson advanced—set the stage for later racial justice movements.

Associate professor of history at the University of Pittsburgh, a 2020-21 fellow at the Carr Center for Human Rights Policy at Harvard University, and author of "Set the World on Fire: Black Nationalist Women and the Global Struggle for Freedom."

Stony the road we trod,

This line alludes to history and the many obstacles Black Americans endured since the Transatlantic Slave Trade. It underscores how the political gains of the era of Reconstruction were completely erased and replaced with an oppressive system of Jim Crow.

A slave whip and shoes are on display as part of an exhibit at the Abraham Lincoln Presidential Museum and Library. Hulton Archive/Getty Images

The "chastening rod" immediately conjures images of the brutal whippings endured by enslaved Black people on plantations. White enslavers utilized these beatings as a way to debase and infantilize enslaved people.

Felt in the days when hope unborn had died;

Yet with a steady beat,

Groups of unemployed gather in front of the White House before parading in protest in Washington in 1930. AP Photo/File

These words signal African Americans' gradual progress and forward movement—despite the many roadblocks along the way.

Have not our weary feet

Come to the place for which our fathers sighed?

Abraham Lincoln at the signing of the Emancipation Proclamation, which gave slaves their freedom. Hulton Archive/Getty Images

These words capture the realization of the dream of African Americans who, by the start of the Civil War, saw freedom on the horizon. By the time these lyrics were written, Black Americans had secured their freedom, realizing the goal of their ancestors.

We have come over a way that with tears has been watered.

African American history is filled with stories of sorrow and death. The tears of those who remained paved the way for generations—as a painful reminder that the fight for freedom and rights was not an easy one.

We have come, treading our path through the blood of the slaughtered,

The blood in this stanza alludes to lynching and other acts of white mob violence that shaped Black life during the 19th and 20th centuries.

Out from the gloomy past,

Till now we stand at last

These words capture the spirit of strength and resilience. Despite the painful experiences of the past, Black Americans do not have to hang their heads in shame. They can stand together in confidence that all their hopes and aspirations will one day be true.

Where the white gleam of our bright star is cast.

Historian at Thomas Edison State University in Trenton, New Jersey, and author of "Lift Every Voice: The History of African American Music, The Creation of Jazz," and other books.

God of our weary years,

God of our silent tears,

A Black congregation posed outside of church in Georgia circa 1899-1900. Everett/Shutterstock

The last verse is overtly religious. Churches were key institutions in Black communities after emancipation. By 1900, congregations embraced Victorian middle-class values and disparaged the emotional religious expression they associated with enslavement. In this song, suffering is muted, "weary" and "silent," and the music and lyrics offer a "respectable" form of protest. A few years later, though, Pentecostalism would revive overt emotion in Black worship and lay the groundwork for gospel and soul music, the songs of the civil rights movement, and even hip hop.

Thou who hast brought us thus far on the way;

Led us into the light,

Keep us forever in the path, we pray.

Lest our feet stray from the places, our God, where we met Thee,

Lest our hearts, drunk with the wine of the world, we forget Thee;

The Johnson brothers were worldly—James was one of the first Black attorneys and became a diplomat and civil rights activist, while Rosamond was a composer who would help to originate the Broadway musical. Religious Blacks worried about the temptations and pitfalls of the world, and community-minded statements such as this song warned young people to steer clear of the danger. Future Black leaders as diverse as Marcus Garvey, Martin Luther King, Jr., and Malcolm X would stress the need for spiritual discipline in everyday life and in social struggle.

Shadowed beneath Thy hand,

May we forever stand,

True to our God,

True to our native land.

Jacksonville school officials no doubt encouraged the inclusion of these patriotic sentiments, but this final phrase also reflects the Johnsons' and many other Blacks' faith in a better future in America. Before and after 1900, separatists perceived the US as a racist land that would never welcome Blacks, but integrationists such as the Johnson brothers argued that persuasion, protest, and organizing ultimately would create the coexistence of the races and equal opportunity for all. Such opposing views persist today.

Of course, the meaningful poetry is only half of what makes this hymn so iconic. John Rosamond Johnson’s musical setting is rich with meaning, both cultural and personal.

Recitative is when the music and words reflect how a phrase would naturally be spoken. For instance, when voices sing “[We have come] over a way that with tears has been watered,” the tempo of the music flows quickly and evenly, the same way the phrase would be said.

In 1900, when “Lift Every Voice and Sing” was composed, Black Americans were teetering on a fulcrum of history. The visibility and influence of African-American traditions was growing, but Reconstruction efforts had failed to provide widespread opportunities for financial and educational advancement. Moreover, racism stood ready to close any door Black achievers dared to open.

A Black man at a segregated drinking fountain in Oklahoma City, Oklahoma in 1939. Russell Lee/Library Of Congress/Getty Images

Among the Black leaders of the day, education, artistic excellence and the power of Black communities of faith were both sources of strength and precious keys to progress. To many men and women like the Johnson brothers, who managed to find success, the rise of one Black American helped lift up all.

In this way, “Lift Every Voice and Sing” was at one time a history, a proclamation and a vision for the future. It immediately resonated with Black communities and institutions.

In 1919, the NAACP proclaimed it the “Negro National Anthem,” a full 12 years before “The Star Spangled Banner” was adopted as the national anthem under President Herbert Hoover. It is an omnipresent part of African American worship traditions and an enduring refrain for great Black artists.

But the hymn’s truest legacy is best expressed by James Weldon Johnson himself. Among the pages of a 1935 collection of his poems, Johnson recalls what happened after the hymn was first performed by a chorus of 500 schoolchildren from the Johnsons’ hometown of Jacksonville, Florida.

“Shortly afterwards my brother and I moved away from Jacksonville to New York, and the song passed out of our minds,” he writes. “But the school children of Jacksonville kept singing it; they went off to other schools and sang it; they became teachers and taught it to other children. Within twenty years it was being sung over the South and in some other parts of the country … The lines of this song repay me in an elation, almost of exquisite anguish, whenever I hear them sung by Negro children.”

The phenomenon Johnson describes is the central animus of countless music traditions unfolding back through human history: Someone heard it, was moved by it, and kept on singing.

Beyonce performs at the 2018 Coachella Valley Music And Arts Festival in California.“Homecoming” Netflix 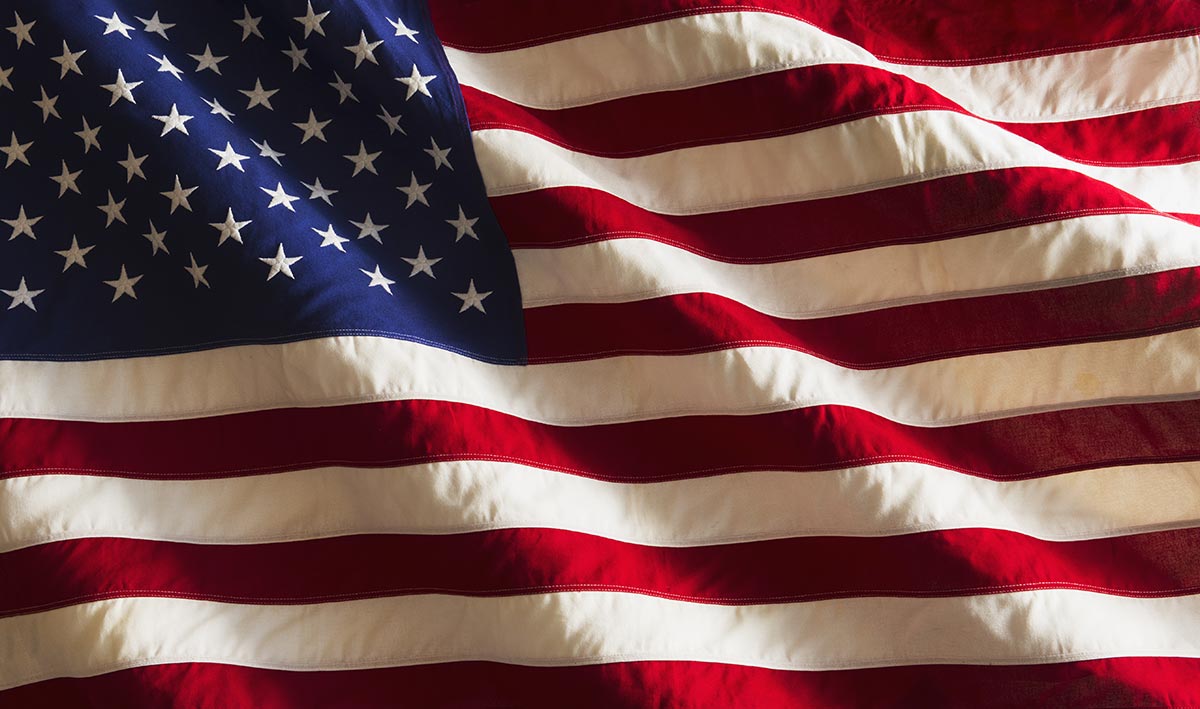 Behind the lyrics of 'The Star-Spangled Banner' 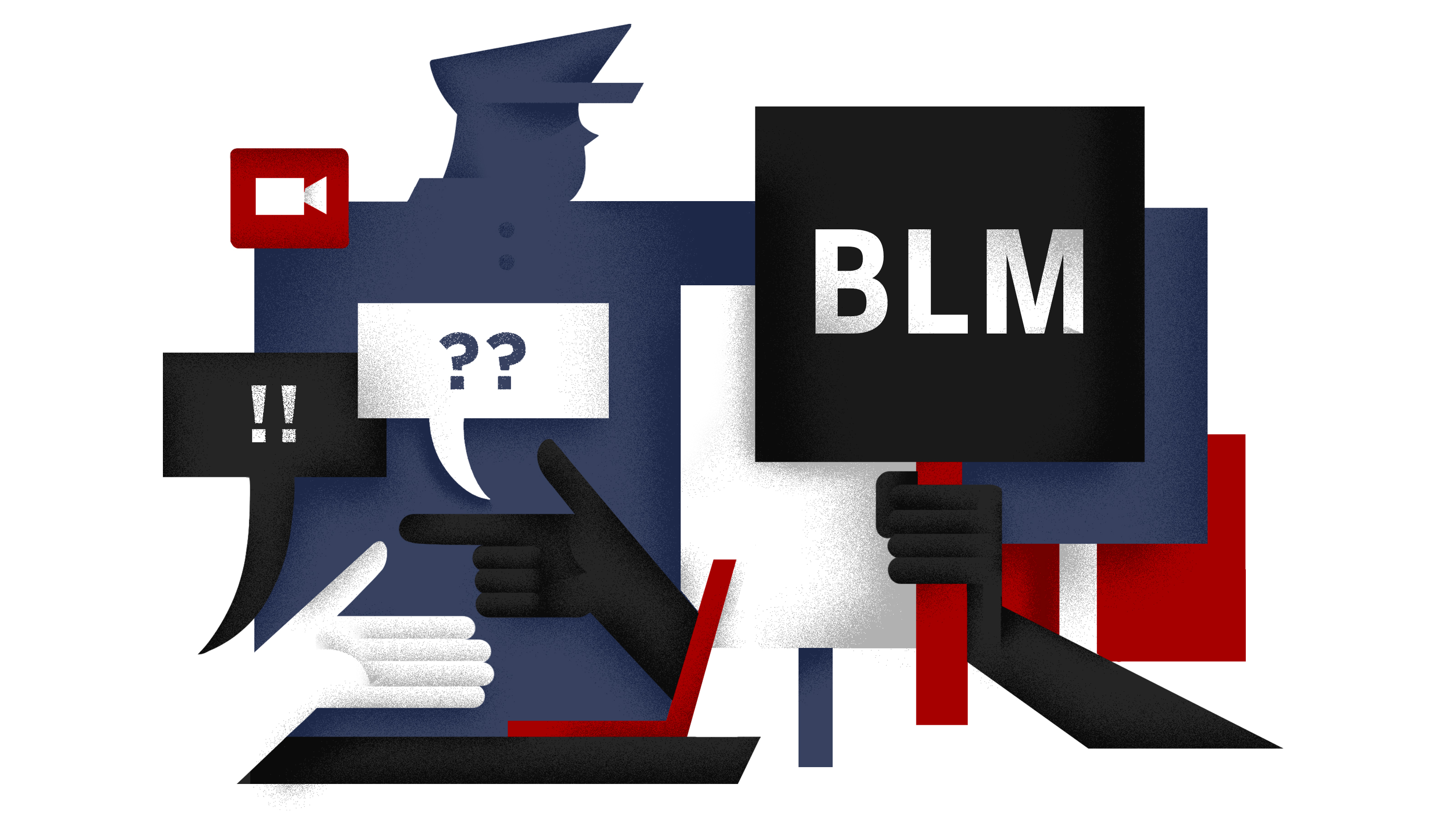 Your big questions about race, answered 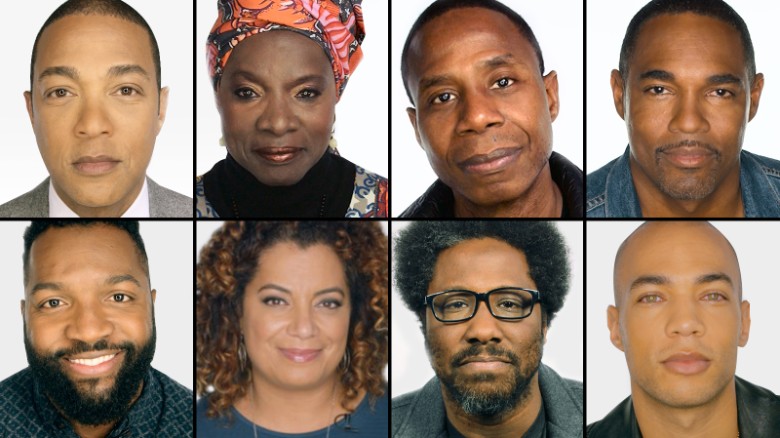 The first time I realized I was black