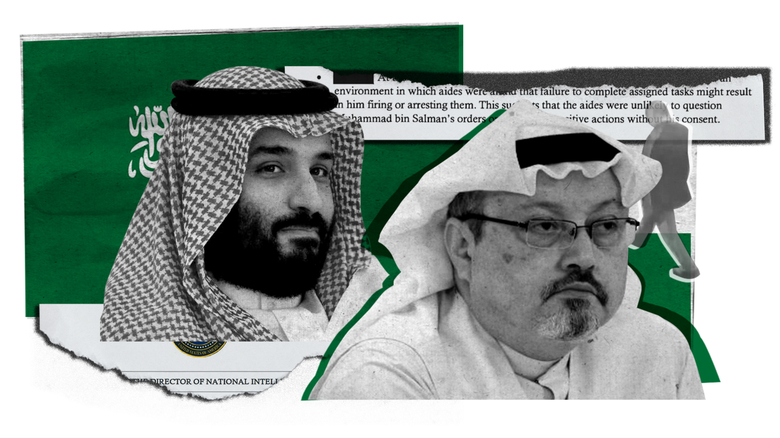 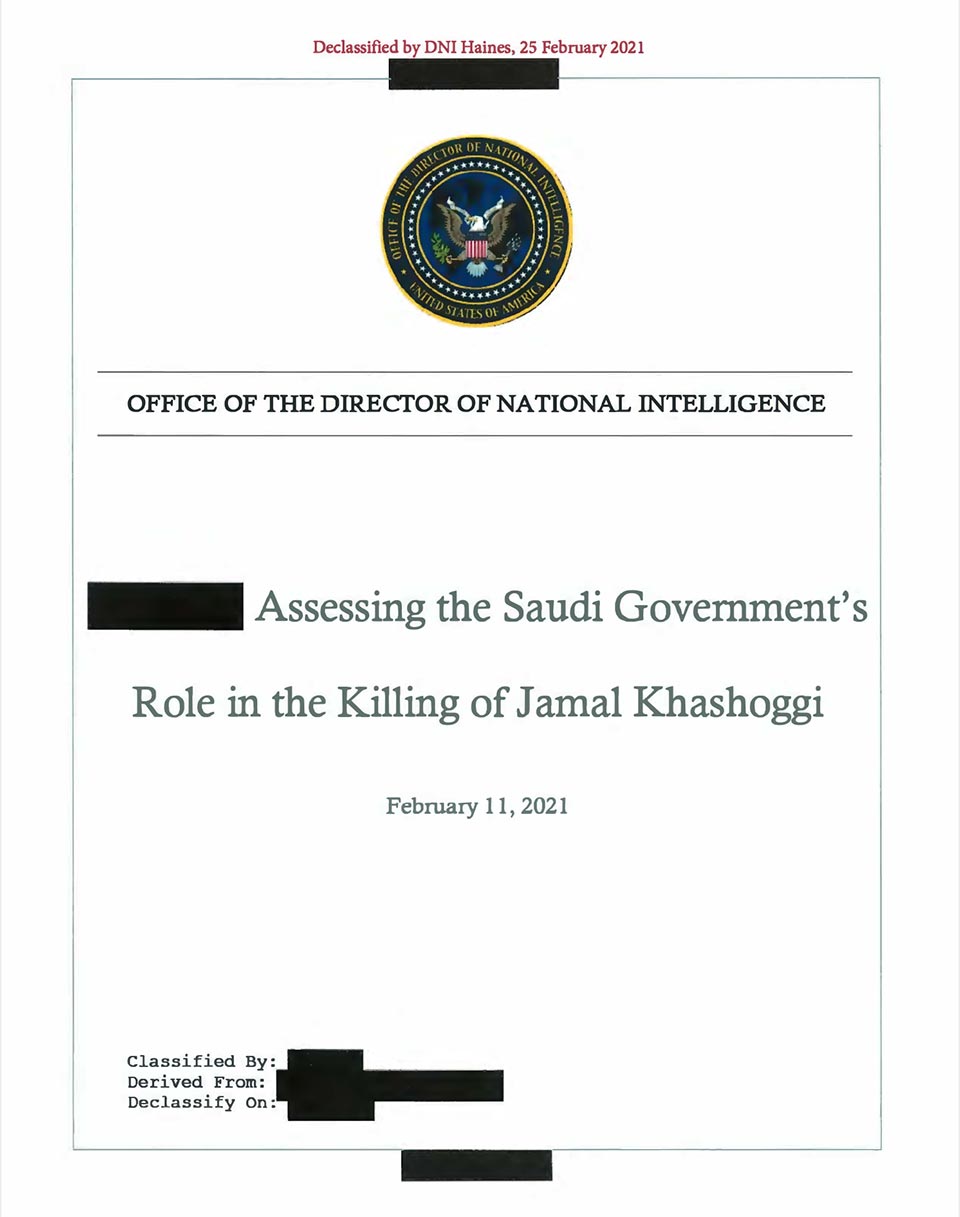 This report is provided by the ODNI. Questions should be directed to the NIO for Near East.

There’s no waffling here: US intelligence implicates the crown prince in the murder of Khashoggi. It’s a conclusion that’s long been known, but now has the weight of the US government behind it. That’s particularly notable because former President Donald Trump would not blame bin Salman — and also refused to release a declassified intelligence assessment after Congress passed legislation requiring it to be made public.

The crown prince cemented his grip on power November 2017 when about 200 people, including at least 17 princes, were arrested and detained at the Riyadh Ritz Carlton. Read that story here.

The assessment that bin Salman has “absolute control” over the Kingdom’s security and intelligence operations again does not mince words. We don’t know the intelligence that the assessment is based on — the four-page report, prepared this month, is short on details.

This is a key detail linking bin Salman to the killing of Khashoggi. The Rapid Intervention Force’s involvement has long been in the public sphere, but now the US intelligence community is making the connection publicly. The Treasury Department announced sanctions against the group, known as the Tiger Squad, on Friday shortly after the report was released.

CNN’s Alex Marquardt reported this week that two private jets used by the assassination squad were owned by a company that less than a year prior had been seized by bin Salman, according to recently filed court documents seen by CNN.

While there’s no hesitation in the assessment that the crown prince directed the operation against Khashoggi, this suggests there’s more ambiguity surrounding the question of when the operation shifted from capturing Khashoggi to murdering him after he entered the Saudi consulate in Istanbul.

We have high confidence that the following individuals participated in, ordered, or were otherwise complicit in or responsible for the death of Jamal Khashoggi on behalf of Muhammad bin Salman. We do not know whether these individuals knew in advance that the operation would result in Khashoggi’s death.