Lionel Messi and Cristiano Ronaldo have defined each other’s careers, legacies and the world of football for more than a decade.

They have managed to match each other, scaling previously unmapped heights, yet they embody different philosophies.

There is Messi — shorter, more introverted, a natural footballing genius who shares his creativity with the team, assisting almost as much as he scores. And then there is Ronaldo — taller, a physical specimen who bulldozes his way through defenses, grafting and training until he was simply better than anyone else on the field.

But for all their accolades, neither has won the World Cup. The Qatar 2022 competition could be their last chance to determine whether one of them can finally win the biggest trophy of all.

See how the star players match up, going back to their professional debuts. 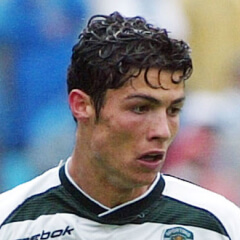 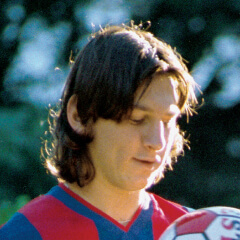 Wins first Portugal cap at 18, coming on as a substitute against Kazakhstan.

At 17 years old, Messi makes first of 778 appearances for Barcelona. At the time, he is the youngest to represent the club in an official game.

Makes Argentina debut, at 18 years old, as a substitute in a friendly match against Hungary, but is sent off just two minutes later.

Nets first of seven World Cup goals, scored across four tournaments, to become — at 21 years old — the youngest Portuguese player to score in a World Cup.

Becomes youngest player to represent Argentina at a World Cup and scores within 13 minutes, becoming sixth-youngest goalscorer in the tournament’s history.

Scores arguably his greatest goal as he weaves past multiple Getafe defenders. One of 672 strikes for Barça.

Inspires Barcelona to beat Ronaldo’s Manchester United in Champions League final, his second of four titles. He finishes the tournament as its top scorer.

After inspiring Barça to a historic three trophies in one season, the 22-year-old becomes first Argentine to win Ballon d’Or.

Wins the inaugural Puskás Award for his electrifying 40-yard goal — the ball traveled an average speed of 64 miles per hour — for Manchester United against Porto.

Argentina knocked out of the 2010 World Cup by Germany in the quarterfinals. Messi is named in the Team of the Tournament, but he suffers accusations of caring more about club than country.

Time magazine names Messi as one of the most influential people in the world for the first of two consecutive years.

At 24, he breaks Barcelona’s scoring record and scores a record 91 goals in the same calendar year.

Time magazine names Ronaldo among the 100 most influential people of the year.

Argentina loses to Germany in the World Cup final. Messi wins a tournament record of four man-of-the match awards in a single World Cup and accepts the Golden Ball award for player of the tournament with seven goals.

The CR7 galaxy is named after the soccer star, at the end of a season where he enjoyed the most prolific campaign of his club career, scoring 61 times in 54 games.

A goal in the Copa América Centenario quarterfinals establishes him as Argentina’s all-time leading scorer. After La Albiceleste’s loss in the final, he announces his international retirement, a decision he reverses shortly afterwards following pleas from Argentina’s president.

Wins first major international trophy at the European Championship in France, but is carried off injured in tears after just 25 minutes of the final.

Initially sentenced to 21 months in prison for tax fraud, but escapes with $2.3 million fine instead. Messi — along with his father Jorge Messi — was found guilty of defrauding Spain of $4.6 million between 2007 and 2009.

Scores a hat-trick against Bayern Munich to become the first player to score 100 Champions League goals.

Scores his 100th Champions League goal, reaching the milestone in fewer games than Ronaldo. Only he and Ronaldo have scored at least 100 goals in the competition to date.

At the age of 33, Ronaldo signs for Italian team Juventus in a reported $117 million transfer deal.

Accused of rape by Kathryn Mayorga, who claims she was paid $375,000 to sign an NDA; case later dismissed. He denies the allegations.

Messi sent off in the 37th minute of the third-place Copa América playoff. He refuses to accept his third-place medal and receives a three-month ban from international football as well as a $50,000 fine.

Photo of Messi holding the Copa América — his first international trophy — becomes the most liked sports photo in Instagram history at the time.

Returns to Manchester United and finishes first season as the club's top goal scorer. Relationship with team implodes after explosive interview in November 2022.

Signs on a two-year deal for French team Paris Saint-Germain, bringing his long-term association with Barça to an end with the Catalan club suffering financially.

Breaks international scoring record with two goals against Ireland, taking his tally to 117 goals in 191 internationals and cementing his status as an all-time great.

In Qatar, becomes the first man to score in five World Cups and equals Kuwait’s Bader Al-Mutawa’s tally of 196 international appearances, the most in men’s international football history. But leaves the pitch in tears after Portugal’s elimination in the quarterfinals.

Surpasses Diego Maradona’s record for World Cup appearances for Argentina, and becomes the first player to record assists at five separate World Cups. In Qatar, he also scores in the knockout stage of a World Cup for the first time, which was the 1,000th game of his career.