Tens of thousands of people are rallying on the streets of Iranian capital Tehran following the US air strike that killed Qasem Soleimani.

Iran’s Supreme Leader Ayatollah Ali Khamenei has appointed a new leader of the country’s Quds Force military organization to replace Qasem Soleimani, according to a statement from his office published by the country's official news agency (IRNA).

Major General Ismail Qaani served for years alongside Soleimani, he said, adding that the Quds Force's agenda would remain unchanged.

“General Ismail Qaani has been one of the most prominent commanders in the Holy Defense and has served with the Martyr Commander [Soleimani] in the Quds Force for many years”, Khamenei said.

”The agenda of that Quds Force is exactly the same as that [under] the martyr Soleimani, I would like to thank all of those colleagues for their cooperation with Commander Qaani, and I wish them success, approval, and divine guidance.”

Israeli Prime Minister Benjamin Netanyahu is cutting short an official visit to Greece and returning home following the airstrike in Iraq, according to his office. He was originally scheduled to return Saturday night.

There's been no statement from Netanyahu yet, but his government is preparing for a possible retaliation from Iran, reports CNN's Oren Liebermann.

"Israel knows quite well that Iran could choose to respond not towards the US, but towards Israel, and that's because of the proximity of Iran's proxies and Iran's allies," Liebermann explained.

Former US national security adviser John Bolton has congratulated "all involved" in the killing of the influential Iranian military leader Qasem Soleimani, calling it "the first step to regime change in Tehran."

Bolton, a prominent proponent of the Iraq war, has publicly and repeatedly called for regime change in Tehran in the past.

In September 2019, US President Donald Trump abruptly announced that Bolton had been fired, noting that he "strongly disagreed with many" of Bolton's suggestions "as did others in the administration."

The immediate answer is nothing too much that's new.

US military assets in the region will be on high alert and can likely defend themselves against Iran's military, which is by any judgement worse equipped. They will nonetheless remain targets in Iraq, Syria and possibly even Afghanistan.

US diplomatic facilities will also go into lockdown to avoid reprisals, with Beirut in Lebanon and Erbil in the semi-autonomous Kurdish region of northern Iraq exercising the most likely caution.

American civilians will also be at risk: Iran's allies and proxies have kidnapped them in the past in the region. And the shipping lanes previously targeted will also risk paralysis because of any possible response. Yet these are all assets that have already been under threat over the past months.

Realistically, the longer term threat is to US allies which can't -- like Israel -- simply leave the region or go into lockdown.

Israel has Lebanese militant group Hezbollah to its north, which is under pressure domestically but still has hundreds of rockets it could fire at the behest of Iran's hardliners.

Saudi Arabia has already been attacked by drones and rockets that Iran said were fired by its Yemen Houthi rebel proxies, but the US said originated from Iran.

Saudi Arabia is at risk again, both within its own borders and on its southern frontier with Yemen, where it remains involved in an intractable conflict.

But Iran is a master of the unexpected and incremental. Expect -- along with maybe something loud and high profile soon -- something not mentioned above.

CNN has obtained the following daylight images of the scene of the air strike that killed Qasem Soleimani. 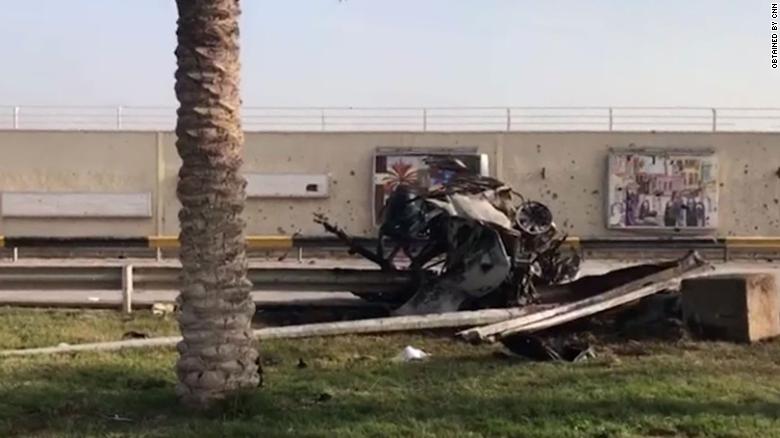 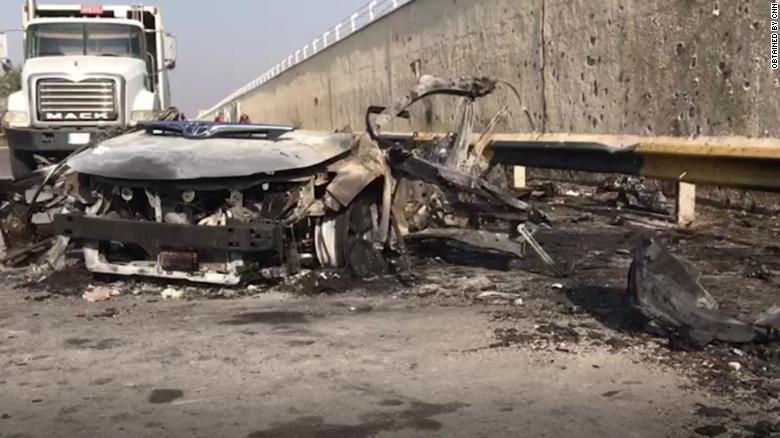 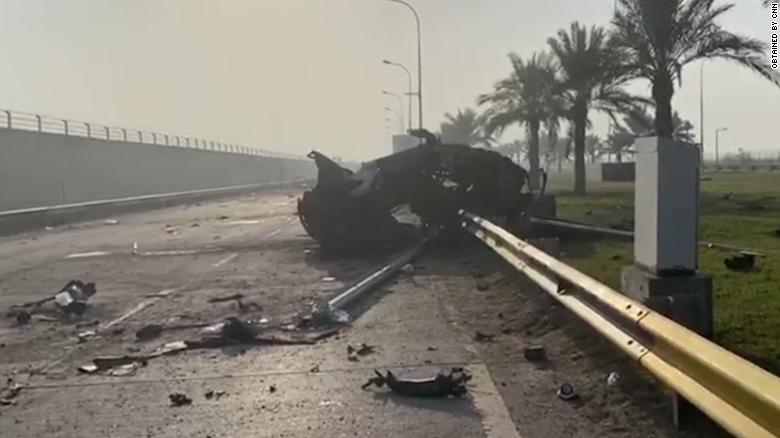 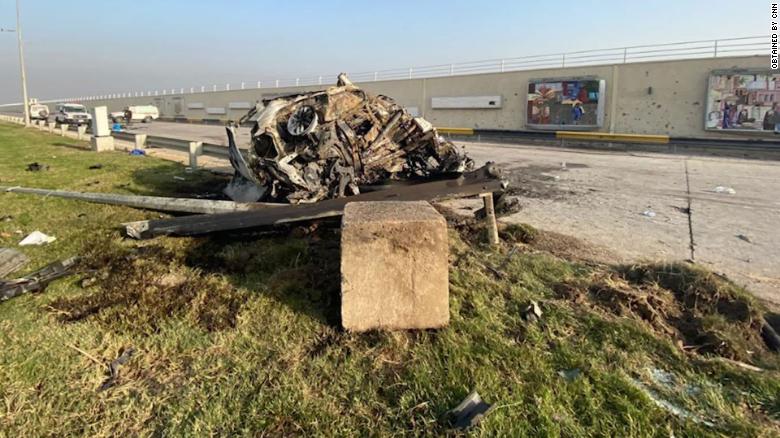 An influential Shiite cleric in Iraq, who heads the largest political bloc in Iraq's parliament, says he is mourning the deaths of Qasem Soleimani and Iraqi militia leaders killed in US strikes on Friday, adding that his militias are ready to defend Iraq during this time.

Muqtada al-Sadr said in a Twitter statement he has given orders to his previously dismantled Mehdi Army to be prepared to “protect Iraq.”

“As the patron of the patriotic Iraqi resistance I give the order for all mujahideen, especially al-Imam al-Mehdi Army, Promised Day Brigade, and all patriotic and disciplined groups to be ready to protect Iraq,” he said.

Sadr also called on Iraqis to exercise “wisdom and shrewdness” and asked that God “protect the region from dangers and protect our beloved Iraq.”

The UK's foreign minister has issued a brief statement in response to the killing of Soleimani, saying that the threat of further conflict is in "none of our interests."

Dominic Raab's statement reads: “We have always recognized the aggressive threat posed by the Iranian Quds force led by Qasem Soleimani. Following his death, we urge all parties to de-escalate. Further conflict is in none of our interests.”

A Western intelligence official told CNN that Soleimani's "cult status inside and outside Iran" means an Iranian response is "highly likely," be it through its proxies or cyberattacks.

It is highly likely there will be some response because of [Soleimani's] cult status inside and outside Iran. That could be Iran expanding their proxy funding -- that would disperse the threat. A cyber response is also a possibility as they have been aggressively running a campaign of that on a state and non-state level."

In terms of the longer-term impact, the intelligence official said: "This overt and covert sparring has been going on for 40 years and while there could be a short-term high-profile response, expect Iran to be in this for the long haul."