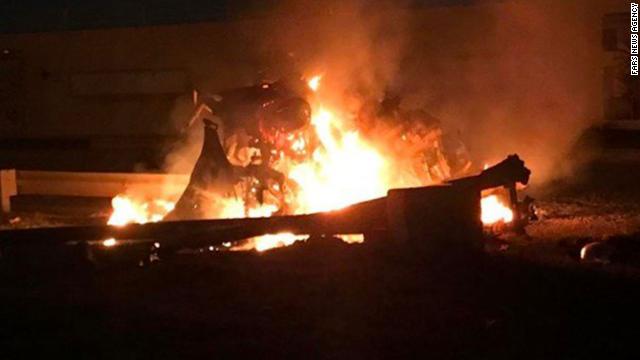 The strike may have been a "target of opportunity" but it clearly had presidential authorisation for longer than just last night. The US clearly wants to send the signal that this is deliberate. But it is escalatory and brings the region to a new brink of unpredictable chaos. So how could they possibly calculate this was a good idea?

Well, Iran has been attacking the US and its allies via proxies for months. They are accused of hitting Saudi oilfields. A US drone before that. Oil tankers in the Gulf. And this week they directed attacks at the US Embassy in Baghdad, the US says.

The US is already being attacked by pro-Iranian forces, their officials could argue, so the US logic might be that any response from Iran will be a worsening of the same asymmetrical paper cuts already being inflicted.

It is true to note that Iran does not have the military might to tackle the US in an open conventional war. US officials may argue that they needed to send a strong signal that this White House was not gun-shy and would fight violence with violence, regardless of any denials from Tehran.

They may have decided the strength of this signal of US resolve, and removing the hardliner's hardliner Soleimani from the equation, was worth the risk of the next weeks of chaos and retaliation.

But like with all strategies there is a flaw. The Iranians have a plan. They had one for Iraq, where they continue to have influence despite protests, whereas the US doesn't really. They have one for Syria, from which the US keeps wanting to withdraw. They have proxies in Yemen, Lebanon, Syria, all able to extract a price from American allies. They can also extract a price from Israel, where Lebanon's Hezbollah has rockets aimed towards this key US ally, and a direct line to Iran. Iran is strategic, and it is patient.

Iran is also facing a White House where key personnel change annually. There is little Iranian expertise around President Donald Trump at this moment -- key officials often chosen simply for their hardline stance.

Brian Hook, Trump's Iran point man, has limited experience in this -- his only issue.

There is a wealth of expertise in the State Department and other agencies, but their morale is surely not at its peak after recent cuts and turmoil.

So we are left with an emphatic and game-changing signal from the US, made with the belief that the consequences will be unknowable, but probably manageable. One certainty will be that Tehran will seek to exact a price in a way that shatters that belief.

Iran’s Foreign Minister Javad Zarif condemned the US assassination of Soleimani and said it would only strengthen the resistance against the US, according to a statement released on Friday.

“The brutality and stupidity of American terrorist forces in terror of Commander Soleimani…will undoubtedly strengthen the tree of resistance in the region and the world,” Zarif said in the statement.

At the end of his statement, Zarif stressed that Iran’s foreign ministry would use all its political, legal and international capacities to hold the US accountable for what Zarif called an “obvious crime.”

Hamas has condemned the the death of Iranian commander Qasem Soleimani in a statement Friday, where it accused the United States of planting "seeds of tension in the region."

The militant fundamentalist Islamic organization, which operates in the West Bank and Gaza, described Soleimani "as one of the most prominent Iranian military leaders, who had a prominent role in supporting the Palestinian resistance in various fields."

The Islamic Resistance Movement condemns these unethical acts and crimes by the Unites States to plant the seeds of tension in the region and to serve of the criminal Zionist enemy.”

According to the Council on Foreign Relations, Hamas receives significant financial aid from Iran, but the group began distancing itself from its long-time sponsor in protest at Tehran's backing for Syrian President Bashar al-Assad and his regime's crackdown on anti-government activists.

Morning to those who have just joined us.

Overnight, one of the most powerful men in Iran was killed at Baghdad International Airport in an airstrike ordered by US President Donald Trump -- marking a major escalation of hostilities between Washington and Tehran.

Earlier, the Pentagon accused Soleimani of "actively developing plans to attack American diplomats and service members in Iraq and throughout the region," and cited the threat to US lives as justification for killing one of Iran's top-ranking military officials.

A US official told CNN that the strike was a "target of opportunity," and they opted for a pre-emptive option after the previous moves of their "maximum pressure" campaign on Iran, had not changed its pattern of behavior.

Among the several people killed was Abu Mahdi al-Muhandis, who is the leader of the Iranian backed Kataib Hezbollah militia and deputy head of the Iran-backed Iraqi Popular Mobilization Forces (PMF).

A top cyber official from the Department of Homeland Security (DHS) tweeted on Thursday that it was "time to brush up on" the tactics used by Iranian hackers amid an escalation of hostilities between the US and Iran.

Chris Krebs, the Director fo the Cybersecurity and Infrastructure Security Agency (CISA), shared a statement shared by the DHS in June, which stated that it was aware "of a recent rise in malicious cyber activity directed at United States industries and government agencies by Iranian regime actors and proxies."

“Iranian regime actors and proxies are increasingly using destructive ‘wiper’ attacks, looking to do much more than just steal data and money. These efforts are often enabled through common tactics like spear phishing, password spraying, and credential stuffing. What might start as an account compromise, where you think you might just lose data, can quickly become a situation where you’ve lost your whole network," the statement said.

“In times like these it’s important to make sure you’ve shored up your basic defenses, like using multi-factor authentication, and if you suspect an incident - take it seriously and act quickly," it added.

US Secretary of State Mike Pompeo tweeted late Thursday night, sharing a video of what appears to be Iraqis in the street carrying a giant Iraq flag.

“Iraqis — Iraqis — dancing in the street for freedom; thankful that General Soleimani is no more,” he wrote following the killing of Iranian general Soleimani. 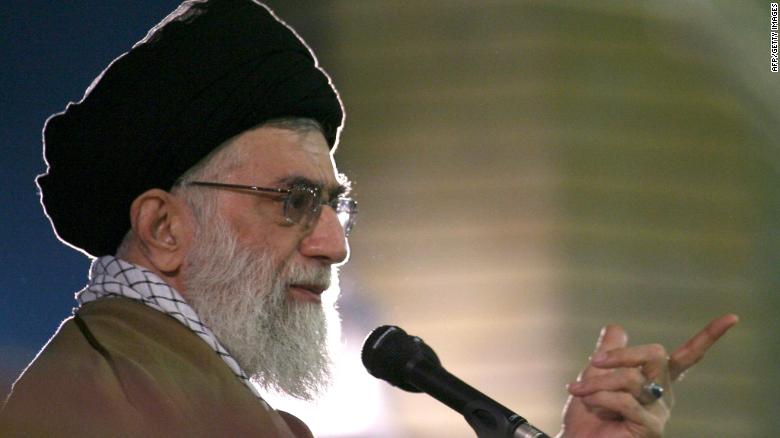 Khamenei said “harsh revenge awaits the criminals” involved in the killing of Soleimani and others, in a message to the nation published on his official website.

The Supreme Leader also said the fight would continue. “All friends - as well as all enemies - know that the path of Resistance will continue, and definite victory awaits the mujahideen on this this blessed path”.

Khamenei then extolled Soleimani saying dying for the cause was the general’s great wish. “For years it was his wish to become a martyr, and finally God granted him his highest office”, adding “his pure blood was shed in the hands of the most depraved of human beings.”

Khamenei then extended his condolences to Soleimani’s wife, children and all Iranian people.

Khamenei also declared there would be three days of national mourning.

The killing of Iranian general Soleimani was an audacious and unexpected move -- but there were a number of events in the lead up.

Here's how the past week has unfolded.

Friday, last week: An American contractor was killed in a rocket attack in Iraq. Several US and Iraqi military members were wounded in the attack.

Sunday: US forces conducted airstrikes in Iraq and Syria. The strikes were against five facilities the Pentagon says are tied to an Iranian-backed militia blamed for a series of attacks on joint US-Iraq military facilities that house American forces.

Tuesday: Pro-Iranian protesters attack the US Embassy in Baghdad. US President Donald Trump said he doesn't want war but that if it comes to conflict, Iran wouldn't last long.

Thursday: The Pentagon issued a strong warning to Iran-backed militias. Secretary of Defense Mark Esper said he thinks Iranian backed forces "may do" additional provocations against US interests and if they do, "they will likely regret it." He also said the US "will take preemptive action as well" if they detect an attack is imminent.

Friday: One of Iran's most revered military leaders, general Soleimani, was killed in a US airstrike. In a statement, the Pentagon said the attack was "aimed at deterring future Iranian attack plans."

Israel's Defense Minister is planning to hold a security assessment on Friday morning, the ministry said in a statement.

The assessment will be held at the Defense Ministry in Tel Aviv, and Defense Minister Naftali Bennett, Israel Defense Forces (IDF) Chief of Staff Aviv Kochavi, and other senior security officials will all be attending.

Israel's Prime Minister Benjamin Netanyahu is currently in Greece on an official state visit and has not yet issued a statement about the death of Soleimani.

MK Yair Lapid, a member of the opposition Blue and White party, applauded the US's action, saying: “He got exactly what he deserved.”

“I congratulate President Trump and the entire Middle East on the strike that killed Qasem Soleimani. He planned and led deadly terror attacks from Damascus to Buenos Aires and is responsible for the murder of thousands of innocent civilians,” said Lapid in a statement.

“The Iranian regime is a terrorist regime and, when faced with terror, you act with force and determination. All those involved in Iran’s industry of terror should know that their life is at risk.”