Iran’s Civil Aviation Authority head, Ali Abedzadeh, told CNN the country may need outside help to decode the black box on the Ukrainian airliner because it is damaged.

"Generally speaking, Iran has the potential and know-how to decode the black box. Everybody knows that," he said.

However, Abedzadeh said, “the black box of this very Ukrainian Boeing 737 is damaged. Ukrainian Aviation experts arrived here in Tehran today. We had a session with them. From tomorrow they will start decoding the data.”

He added: “If the available equipment is not enough to get the content,” Iran will outsource the boxes to “the experts from France or Canada.”

“Then whatever is the result will be published and publicized to the world," Abedzadeh said.

More on this: CNN’s aviation expert Richard Quest said the important point here is Iran will need the help of very experienced people to download the data if the boxes are damaged.

Quest said it is unlikely the boxes would be opened if damaged. If damaged, they would only be opened under the most exacting circumstances. Quest said data cannot be read until the boxes are opened, the data is downloaded and then analyzed. French or Canadian aviation officials would have the needed experience and equipment to do this.

More context: The Ukrainian International Airlines (UIA) flight PS752 came down just minutes after takeoff from Tehran on Wednesday local time, killing all 176 people on board, including dozens of Iranians and Canadians. The Boeing 737-800 was headed for Kiev, where 138 passengers were expected to take a connecting flight to Canada.

European security officials said they believe that reports suggesting that the Ukrainian airliner was shot down by an Iranian surface to air missile in error are credible.

The head of Iran’s Civil Aviation Authority is questioning the US allegation that Iran mistakenly shot down a Ukrainian airliner that crashed shortly after takeoff in Tehran.

“If a rocket or missile hits a plane, it will free fall," Ali Abedzadeh told CNN.

He said once the plane took off, it continued flying for five minutes. Abedzadeh said “the pilot tried to return to the airport but failed.”

Abedzadeh went on to ask, “How can a plane be hit by rocket or missile” and then the pilot “try to turn back to the airport?”

Boeing shares are rising following reports that Iran may have mistakenly shot down a Ukrainian 737 jet Wednesday.

The United States increasingly believes that Iran downed the plane soon after it took off from Tehran, CNN and other news outlets reported. The crash took place hours after Iranian rocket attacks on US forces in Iraq.

Early reports suggested the plane went down because of a mechanical problem. Investors were concerned that could add to Boeing's long list of 737 problems and could further disrupt its business. Shares of Boeing, which fell Wednesday, were up 2% on the news. 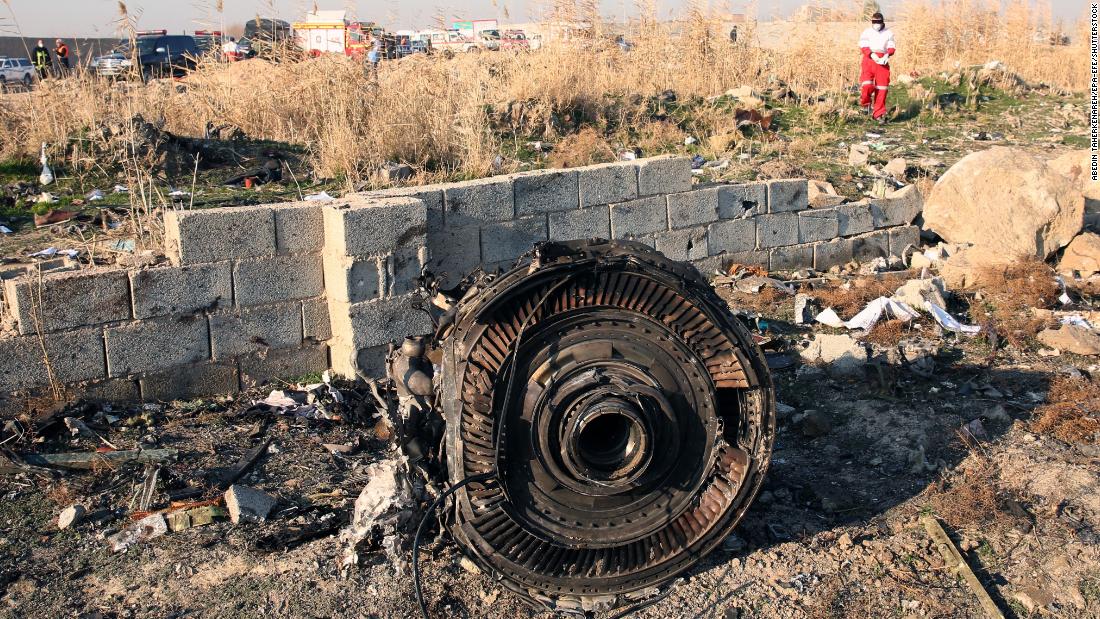 The US increasingly believes that Iran mistakenly shot down a Ukrainian airliner, according to multiple US officials. CNN is told this could be a fog of war incident, and Iran may have believed it was under attack.

CNN's Pentagon correspondent Barbara Starr said the US believes Iran mistakenly shot down the Ukrainian plane, explaining that Iranian troops may have believed they were under attack.

"It could be very possible, CNN is told, that this is a fog of war incident," Starr reported.

She explained that one possibility being considered is that "the Iranian missile unit, the troops on the ground in Iran at that point, perhaps saw something on their own radar returned, perhaps thought they were under attack and fired."

President Trump said he suspected that the recent plane crash in Iran was not due to mechanical issues, indicating that “somebody could have made a mistake on the other side.”

Asked during a White House event what he thought happened to the plane, Trump said, “Well, I have my suspicions.”

“I don’t want to say that because other people have their suspicions,” Trump said, but added, “Somebody could have made a mistake on the other side … not our system. It has nothing to do with us.”

“It was flying in a pretty rough neighborhood. They could’ve made a mistake. Some people say it was mechanical. I personally don’t think that’s even a question.”

Asked if he thought it was downed by accident, Trump said, “I don’t know. I really don’t know … that’s up to them. At some point they’ll release the black box.”

“Ideally they’d give it to Boeing,” he said, but said giving it to France or “some other country” would be fine, too.

Important to know: Just moments ago, CNN reported that the US believes Iran shot down the plane by accident.