The latest on what's happening in Syria

Our live coverage of the situation in Syria has ended. You can read more about the latest developments here. 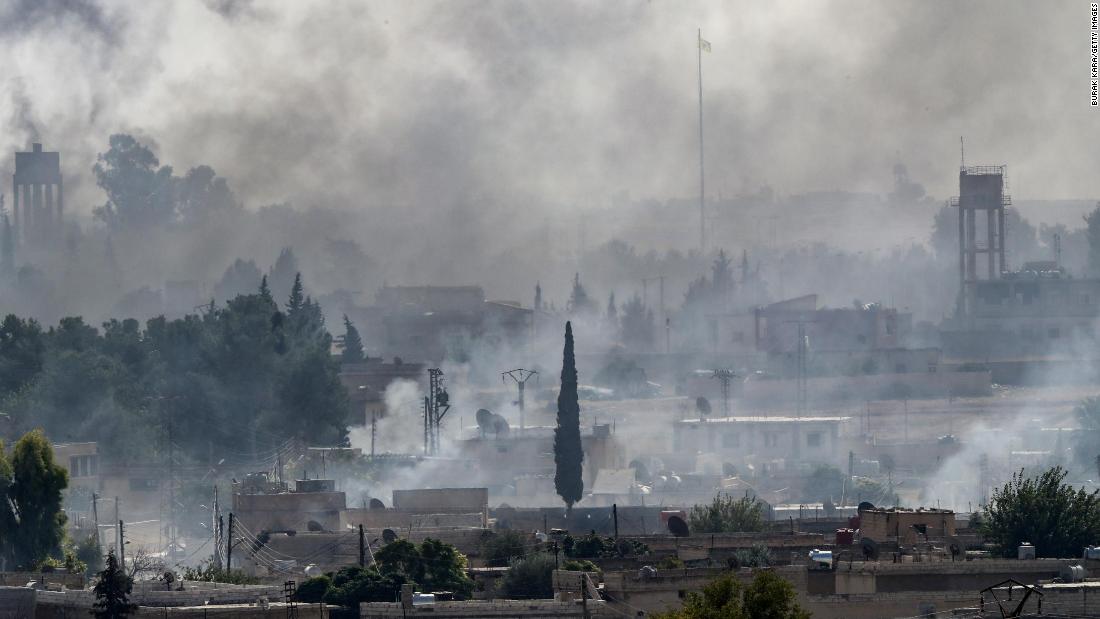 The situation in Syria has been rapidly deteriorating.

Last week, the Trump administration ordered US troops to step aside from the border in northern Syria, effectively paving the way for Turkey to launch an offensive against US-backed Kurdish forces who they regard as enemies. 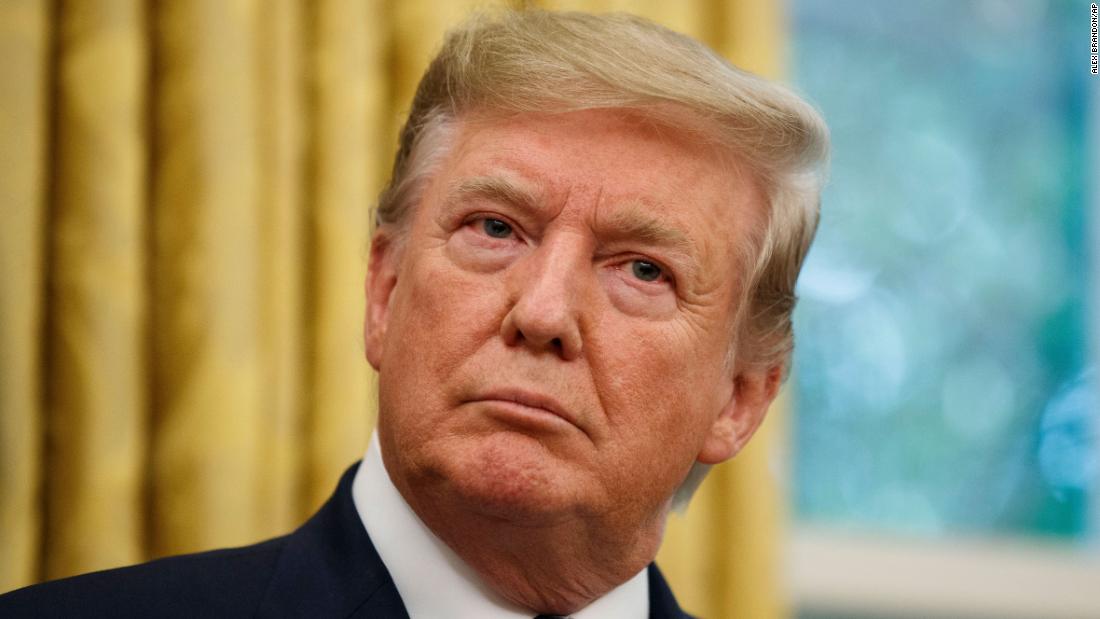 President Trump announced he will impose economic sanctions and raise tariffs on Turkey, according to a statement issued via tweet.

Trump will “soon be issuing an Executive Order authorizing the imposition of sanctions against current former officials of the Government of Turkey and any persons contributing to Turkey’s destabilizing actions in northeast Syria,” he said in the statement.

He said he will increase steel tariffs “back up to 50 percent” and the US will “immediately stop negotiations” for a trade deal with Turkey.

Trump also said in the statement that US troops leaving Syria “will now redeploy and remain in the region to monitor the situation and prevent a repeat of 2014, when the neglected threat of ISIS raged across Syria and Iraq,” noting that a “small footprint” of US forces will remain in southern Syria.

In another afternoon series of tweets, President Trump addressed the situation in Syria and some of the criticisms of his recent decisions in the region.

In one tweet, Trump quoted conservative commentator Katie Pavlich, who casts blame on Europe for the situation unfolding in Syria. Trump added that he “offered ISIS prisoners to the European countries from where they came, and was rejected on numerous occasions,” something he has lamented in the past.

Trump then tweeted regarding the US military presence in Syria following the “100%” defeat of the ISIS caliphate, questioning why the US should “fight for Syria and Assad to protect the land of our enemy?”

“Anyone who wants to assist Syria in protecting the Kurds is good with me, whether it is Russia, China, or Napoleon Bonaparte. I hope they all do great, we are 7,000 miles away!”

He then made the transition from US military presence in Syria to protecting the US-Mexico border, which he tweeted he would “much rather” focus on.

More context: These tweets come amid ongoing attacks by Turkish forces on the Syrian border, causing some serious global fears to be realized, including a possible resurgence of ISIS. Over the weekend, Kurdish authorities reported the escape of hundreds of people with links to ISIS from a detention camp in the area.

Trump is facing scathing criticism from Republican lawmakers and members of his own military. He is expected to meet with Sen. Lindsey Graham today. Earlier today, Trump received a briefing on Turkey sanctions from top administration officials, including Secretary of State Mike Pompeo, Treasury Secretary Steve Mnuchin and national security adviser Robert O'Brien. 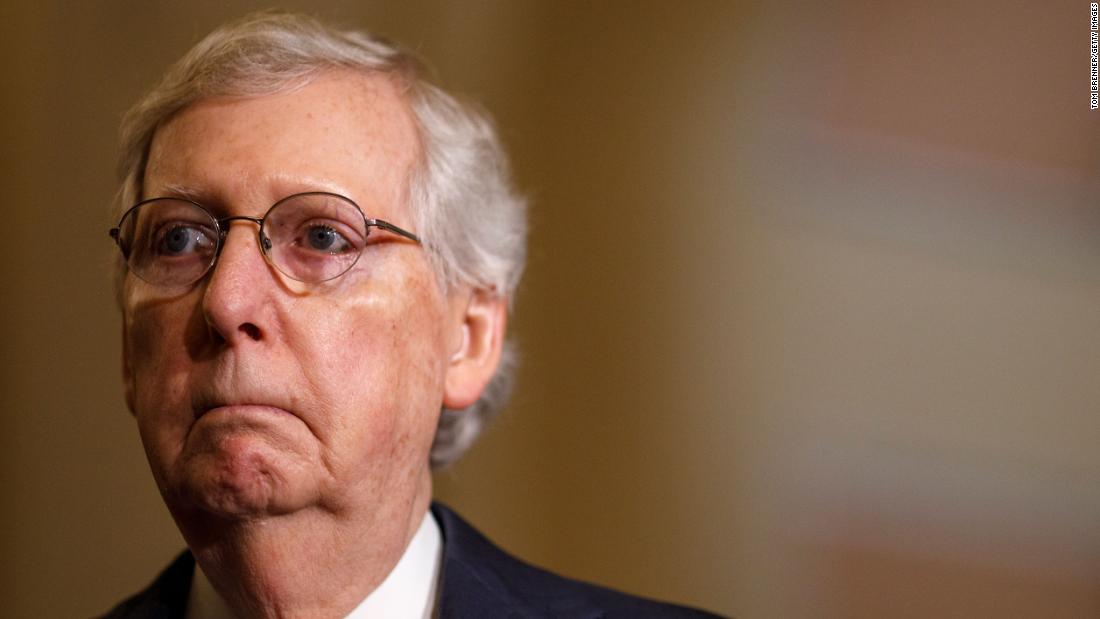 Senate Majority Leader Mitch McConnell says he is “gravely concerned” about events in Syria that could lead to a “resurgence of ISIS.”

“For years, the United States and our Syrian Kurdish partners have fought heroically to corner ISIS and destroy its physical caliphate. Abandoning this fight now and withdrawing U.S. forces from Syria would re-create the very conditions that we have worked hard to destroy and invite the resurgence of ISIS. And such a withdrawal would also create a broader power vacuum in Syria that will be exploited by Iran and Russia, a catastrophic outcome for the United States’ strategic interests.
“Withdrawing American leadership from this pivotal region would not serve our nation’s short-, medium-, or long-term interests. It would only make a troubling situation much worse, not only for regional partners such as Israel and Jordan but for the United States as well."

McConnell said he looks forward to discussing with his Senate colleagues and the Trump administration "what the United States can do to avoid a strategic calamity" when Congress returns to Washington this week. 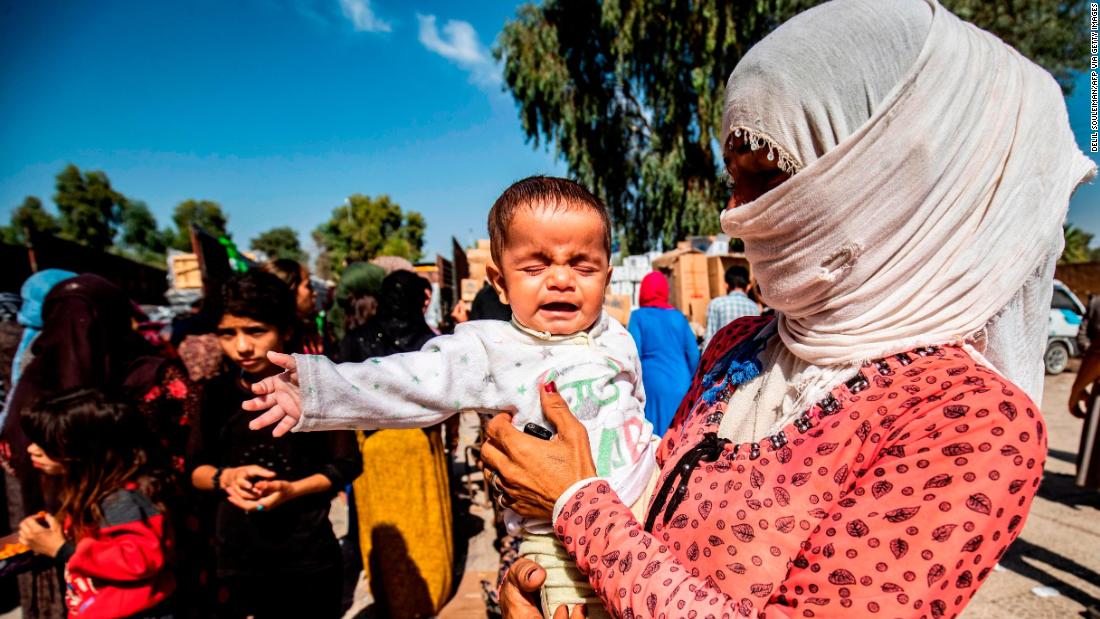 UNICEF estimated that nearly 70,000 children were displaced in a week as the situation in northern Syria escalates.

The group said at least 170,000 children "could need humanitarian assistance as a result of ongoing violence in the area."

“As violence continues to escalate, UNICEF renews its calls on all parties to the conflict and those who have influence over them to protect children at all times. Those fighting in the northeast and elsewhere in Syria must protect civilian infrastructure and not use it for military gains," the group said in a statement.

The Syrian government's troops, the Syrian Arab Army, are now in eastern Manbij, according to Syrian state-news outlet SANA.

Why this matters: Manbij has often been a key flashpoint in northern Syria — located northeast of Aleppo and around 25 miles south of Jarabulus, which sits on the Syrian-Turkish border.

President Trump is "falsely claiming that the SDF Kurds are letting ISIS prisoners out of prison," a senior US defense official told CNN, referencing the Kurdish-led Syrian Democratic Forces.

President Trump’s order to pull back US troops from the border has been criticized as effectively giving Turkey the green light to launch their offensive.

Some background: Trump tweeted this morning alleging that the SDF may intentionally release any of the 10,000-plus ISIS prisoners in SDF custody as part of a bid to draw international support. US officials have told CNN there are no indications that this is happening.

While the SDF has repeatedly highlighted the danger of ISIS escaping to draw attention to the issue and draw international support, they have made it clear that they need to prioritize their personnel, redeploying forces that had been guarding the detention camps to the front with Turkey, leaving some of the camps undermanned or even near totally abandoned.

During a raid on a prison in the town of Tal Abyad on Monday, Turkish forces determined that the prisoners had been set free “in an attempt to fuel chaos in the area,” said a senior Turkish official who cannot be named due to protocol.

“A forensic examination of the site revealed that the inmates did not break any doors… The PKK/YPG prison guards appear to have released dangerous Daesh militants, as they had formerly threatened to do," the official said.  "The folly of trusting a terrorist group for keeping watch over another is exposed for all,” the official said.

Some background: The part of Syria that's now under attack by Turkey has been controlled by the Syrian Kurdish Democratic Union Party (PYD) and the armed Kurdish People's Protection Units (YPG), a defense force mostly made up of Kurds.

Ankara considers the YPG — a Kurdish fighting force that makes up the majority of the US-backed Syrian Democratic Forces (SDF) — to be an offshoot of the PKK, which is considered to be a terrorist group by Turkey.

US officials have told CNN there are no indications that the SDF have intentionally released any of the 10,000-plus ISIS prisoners in SDF custody as part of a bid to draw International support in the face of a Turkish assault on Kurdish areas in north Syria.

While the SDF has repeatedly highlighted the danger of ISIS escaping to draw attention to the issue and draw international support, they have made it clear that they need to prioritize their personnel, redeploying forces that had been guarding the detention camps to the front with Turkey, leaving some of the camps undermanned or even near totally abandoned.

The part of Syria that's now under attack by Turkey has been controlled by the Syrian Kurdish Democratic Union Party (PYD) and the armed Kurdish People's Protection Units (YPG), a defense force mostly made up of Kurds.

Now neighboring Turkey has launched a military operation to move the Kurds away from its border.

Here's what you need to know about the Kurds and Turkey's operation: