President Trump, speaking at the White House today, said that the ISIS fighters who have escaped in Syria have "been largely recaptured," directly contradicting Jim Jeffrey, his US special envoy for Syria and the Global Coalition to Defeat ISIS.

About an hour ago, Jeffrey addressed the issue of the escapees, saying, "We do not know where they are."

Trump also said there were “a small number, relatively speaking” who escaped — both Jeffrey and Defense Secretary Mark Esper have said the number is more than 100.

Last Thursday, Pence said once a permanent ceasefire was achieved, the President would withdraw the sanctions that were placed on Turkey.

A senior US official told CNN last week that the US' deal with Turkey was essentially validating the Turkish offensive.

"This is essentially the US validating what Turkey did and allowing them to annex a portion of Syria and displace the Kurdish population," the official told CNN last week. "This is what Turkey wanted and what POTUS green lighted. I do think one reason Turkey agreed to it is because of the Kurds have put up more of resistance and they could not advance south any further as a result. If we don't impose sanctions, then Turkey wins big time."

For Syria’s Kurds, Syrian President Bashar al-Assad "is the best of worst choices,” English teacher Hassan Hassan from northwestern Syria told CNN as he tries to make sense of the Turkey-Russia agreement.

Speaking with CNN on the phone, Hassan said “the devil is in the detail," but says Kurds now hope Turkey will not invade predominantly Kurdish cities like Qamishli.

If Turkish-backed rebels with former ISIS fighters in their ranks roll in, people would flee their homes and become displaced, he said.

But Assad is an ally of the Kurdish YPG, “because he is the enemy of our enemies," Hassan said.

Jawan Mirso, a media activist in al-Derbasiya, similarly told CNN that the population seems split in half in their feelings about the agreement. He said especially older people recently displaced by the Turkish military operation who now believe they can return to their homes and villages are relieved.

Younger people are more cautious, he said — especially those 18 and older who fear the Syrian regime will force them into military service.

Some history: The Kurds are an Iranian ethnic minority with a population in Syria, whom the US has historically supported in the fight against ISIS. Bashar al-Assad has ruled Syria as president since July 2000 — but has been criticized for widespread violence against civilians and the use of chemical weapons against rebels in the ongoing Syrian civil war.

President Trump praised Turkish President Recep Tayyip Erdogan as "a man who loves his country" and thanked him for working on the Syria deal.

"I want to again thank everyone on the American team who helped achieve the cease fire in Syria, saved so many lives. Along with president Erdogan of Turkey, a man I've gotten to know very well and a man who loves his country," Trump said. "And In his mind, he's doing the right thing for his country."

Trump added that he may meet the Turkish leader "in the very near future."

Earlier today, Jim Jeffrey, the US envoy for Syria and the coalition against ISIS, said the US believes that Turkish-supported opposition forces in Syria have committed war crimes.

President Trump said the US is "getting out" of the Syrian region after almost 10 years.

"Let someone else fight over this long blood-stained sand," The President said.

Trump said "thousands and thousands" have been killed in the area.

Remember: Jim Jeffrey, the US envoy for Syria and the coalition against ISIS, said the US believes that Turkish-supported opposition forces in Syria have committed war crimes.

President Trump said a "small number" of American troops will stay in Syria to protect oil in the region.

"We have secured the oil and, therefore, a small number of U.S. Troops will remain in the area where they have the oil," Trump said. 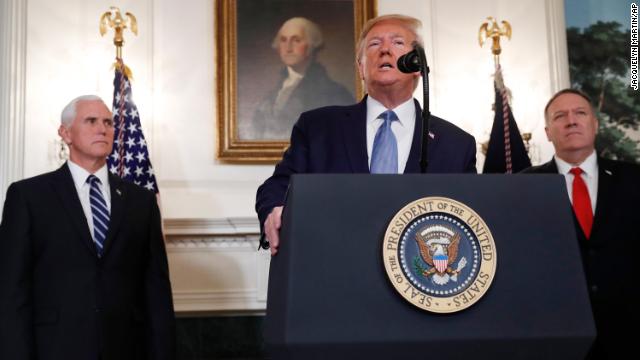 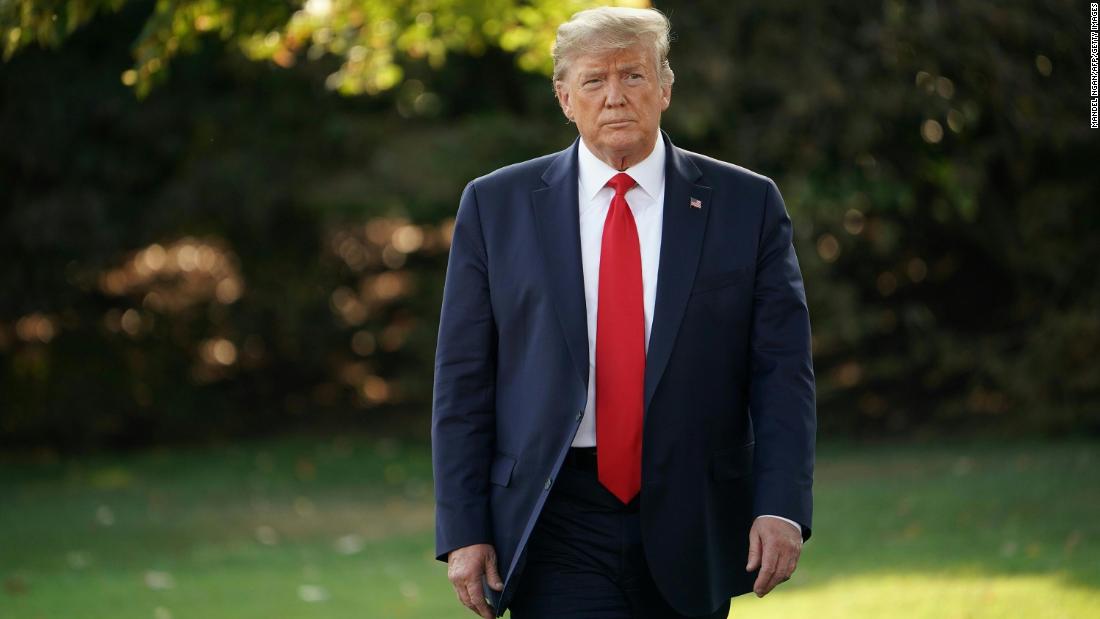