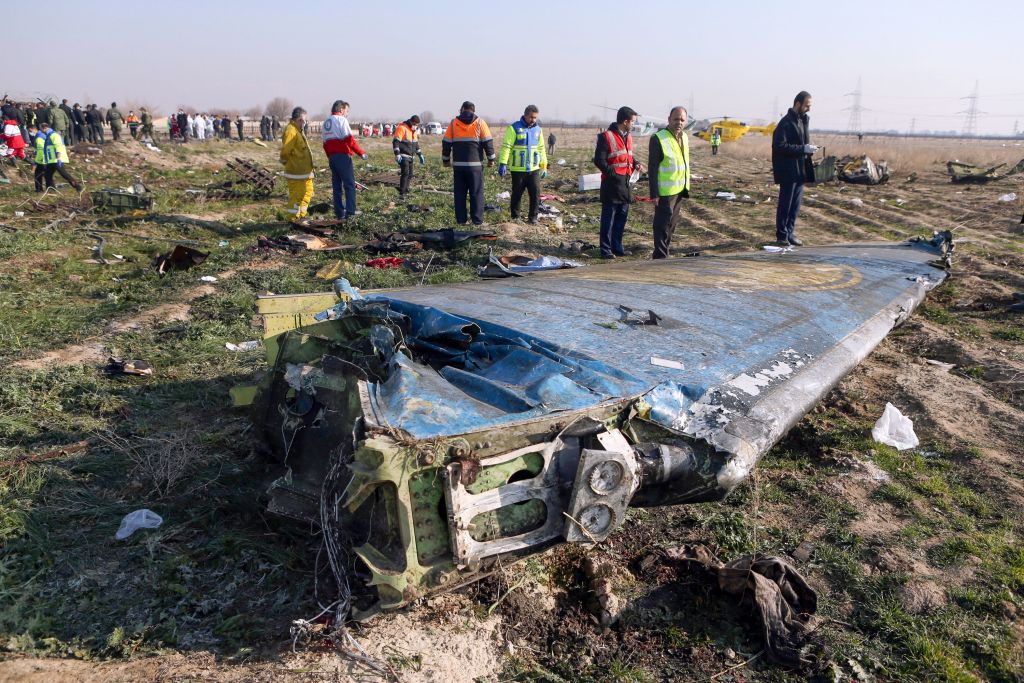 The commander of Iran’s Islamic Revolutionary Guard Corps Aerospace Force said he had requested all commercial flights in Iran be grounded until tensions with the US cooled off.

But those within the Armed Forces authorized to make such a request from the government and aviation authority chose not to do so, Brigadier-General Amir-Ali Hajizadeh said at a press conference on Saturday.

The commander of Iran’s Islamic Revolutionary Guard Corps Aerospace Force said Saturday he informed authorities on Wednesday that a missile had downed the Ukrainian passenger plane.

Brigadier-General Amir-Ali Hajizadeh said at a press conference in Tehran that after he told senior IRGC members about it, the general staff of the Armed Forces formed its own investigative team, from which he was excluded.

Hajizadeh partially blamed the US for the downing of the plane, saying Iran was already on high alert following the US’s warning that it could target 52 sites in Iran, and amid rising tensions with the country.

He said the plane was shot down by a short-range missile and was misidentified as a cruise missile by an air defense operator.

The operator identified the plane as a cruise missile but was unable to contact the central air defense command to confirm it. So he had to choose between shooting it down or not, and he choose to do it, Hajizadeh said. The operator had 10 seconds to make a decision.

Hajizadeh accepted full responsibility for the incident and said once it became clear what had happened, he thought: “I wish I was dead.”

The head of Ukraine International Airlines said that they had “no information about possible threats” to civilian aircraft on departure from either Kiev or Tehran airports, ahead of Wednesday's crash.

The airline's flight 752 was accidentally shot down by an Iranian anti-aircraft missile last week.

Iran had previously denied US claims that the country had struck down the plane accidentally.

On Saturday, Iranian Ambassador to the UK, Hamid Baeidinejad, apologized for his wrong statement on Friday about the cause of the Ukrainian plane crash.

“In my statement yesterday to the UK media, I conveyed the official findings of responsible authorities in my country that missile could not be fired and hit the Ukrainian plane at that period of time,” Baeidinejad said on his official Twitter account.
“I apologize and regret for conveying such wrong findings,” he added.

In a stunning reversal, Iran admitted that it mistakenly shot down a Ukrainian passenger jet, blaming human error and "US adventurism" for the crash that left 176 people dead. 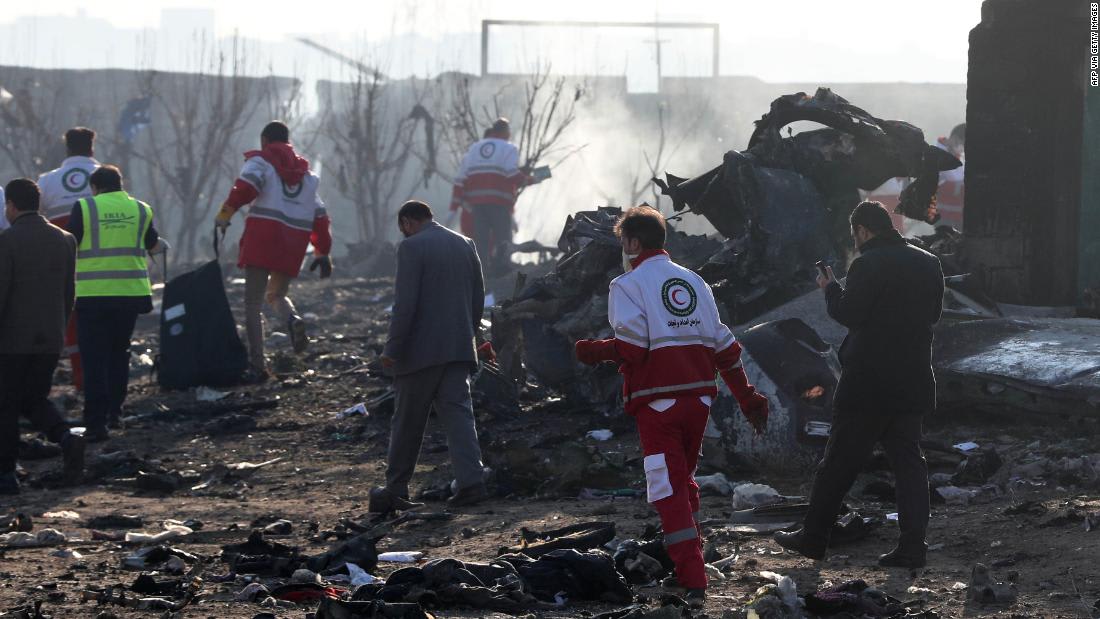 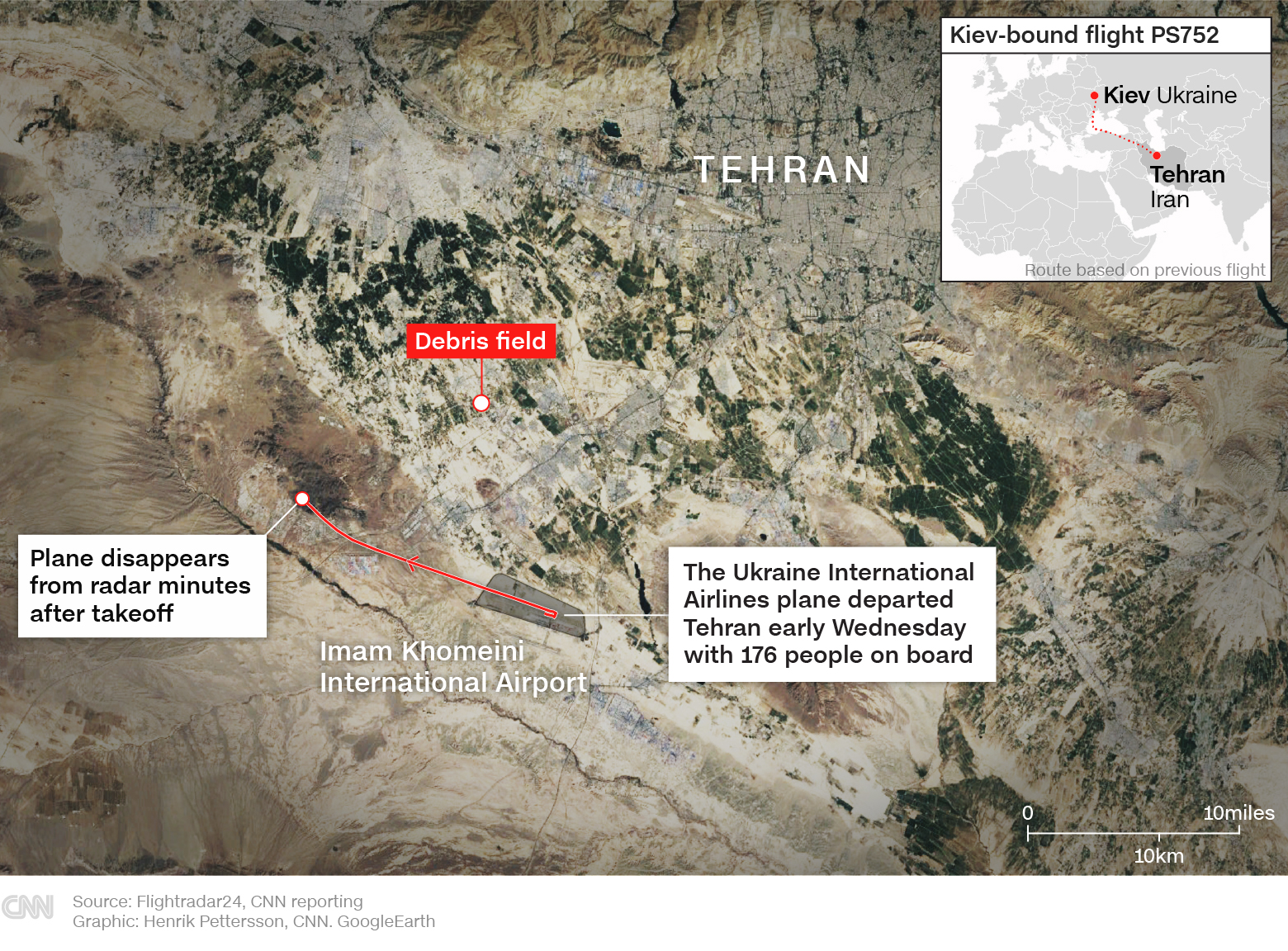 Several planes had taken the exact same flight path as the Ukrainian airliner, up to an hour before it took off, aviation expert Geoffrey Thomas told CNN.

"So clearly the authorities thought it was safe," said the editor-in-chief of Airlineratings.com.

All of which raises the question -- why was this particular aircraft shot down so soon after taking off?

"To sort of say it was an accident doesn't really ring true," said Thomas. "Because other aircraft had been operating in exactly the same manner in the previous hour."

He added that the Ukrainian plane's transponder was switched on and flight radar was "tracking it until it was blown out of the sky at 8,000 feet.

"If it was a threat, that aircraft would be probably below the radar. And/or a stealth aircraft. So it just doesn't ring true (that it would be an accident)," said Thomas.

On the same night the US military killed Iranian commander Qasem Soleimani, they unsuccessfully targeted another senior Iranian military official in Yemen, according to a US official with knowledge of the events and another source familiar.

The sources would not give any details about the mission or how the US had attempted to carry it out. The US official said to the best of their knowledge there is no broader operation to decapitate the Islamic Revolutionary Guards Corps-Quds force leadership at this time.

In a statement to CNN, Pentagon spokeswoman Cmdr. Rebecca Rebarich acknowledged seeing the report but declined to offer any additional information. 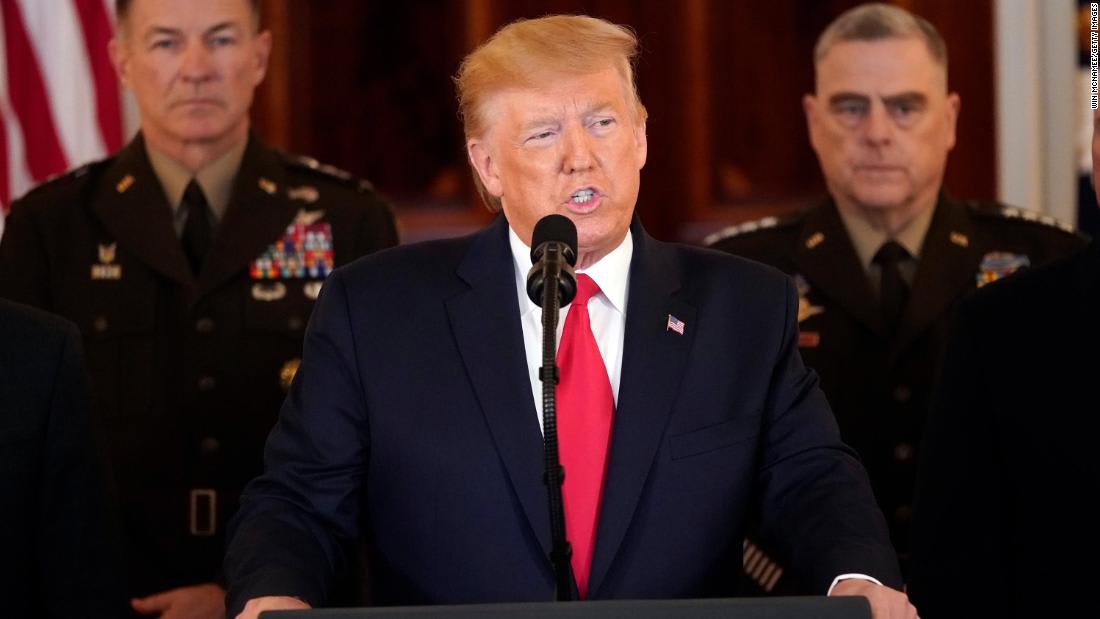 “I ask the responsible authorities to take necessary measures to prevent similar accidents in the future,” Khamenei said in the statement released Saturday.

Khamenei also expressed his condolences to the families of the Ukrainian crash victims.

“I should first again give my deep sympathy and hearty condolences to the families of the victims of this disaster and ask God for patience and rewards and spiritual relief for them,” he said.

Both Iran’s Supreme Leader and President were informed on Friday about the cause of the downing of a Ukrainian airliner, after top military commanders concluded human error was the cause, according to semi-official state outlet Fars News Agency.

Fars reported that after being informed of the error in the country’s air defense system, Supreme Leader Ayatollah Ali Khamenei issued an urgent order to convene a National Security Council meeting to investigate the matter.

Soon after the meeting concluded, he stressed the results of the investigation become public as soon as possible, Fars reported. It was then decided that Iran’s Armed Forces and President Hassan Rouhani draft statements to be released.

The black box recordings of the downed Ukrainian airliner will be downloaded in France, the head of Iran’s Civil Aviation Organization’s Accident Investigation board said on Saturday, according to state media.

Although Iran made use of all its facilities to examine the content of the black box inside the country, the content will be sent to France so that any possible damage to the data would be avoided, Hassan Rezaeifar told state news agency IRNA.

Rezaeifar said Iran asked Canada, France and the US to bring their software and hardware equipment to Tehran to download the data of the black box of the Ukrainian plane, but they did not accept Iran's proposal, according to IRNA.

Then, Iran asked Ukraine, Sweden, Britain, Canada, and the US to send the black box to an impartial laboratory -- and France was the only one all five countries agreed on, he said.

The decision to send the black box over to France was made before Saturday’s statement from the General Staff of Iran’s Armed Forces, which admitted to downing the Ukrainian airliner, according to IRNA.

No details were provided as to when Iran will send the black box over.