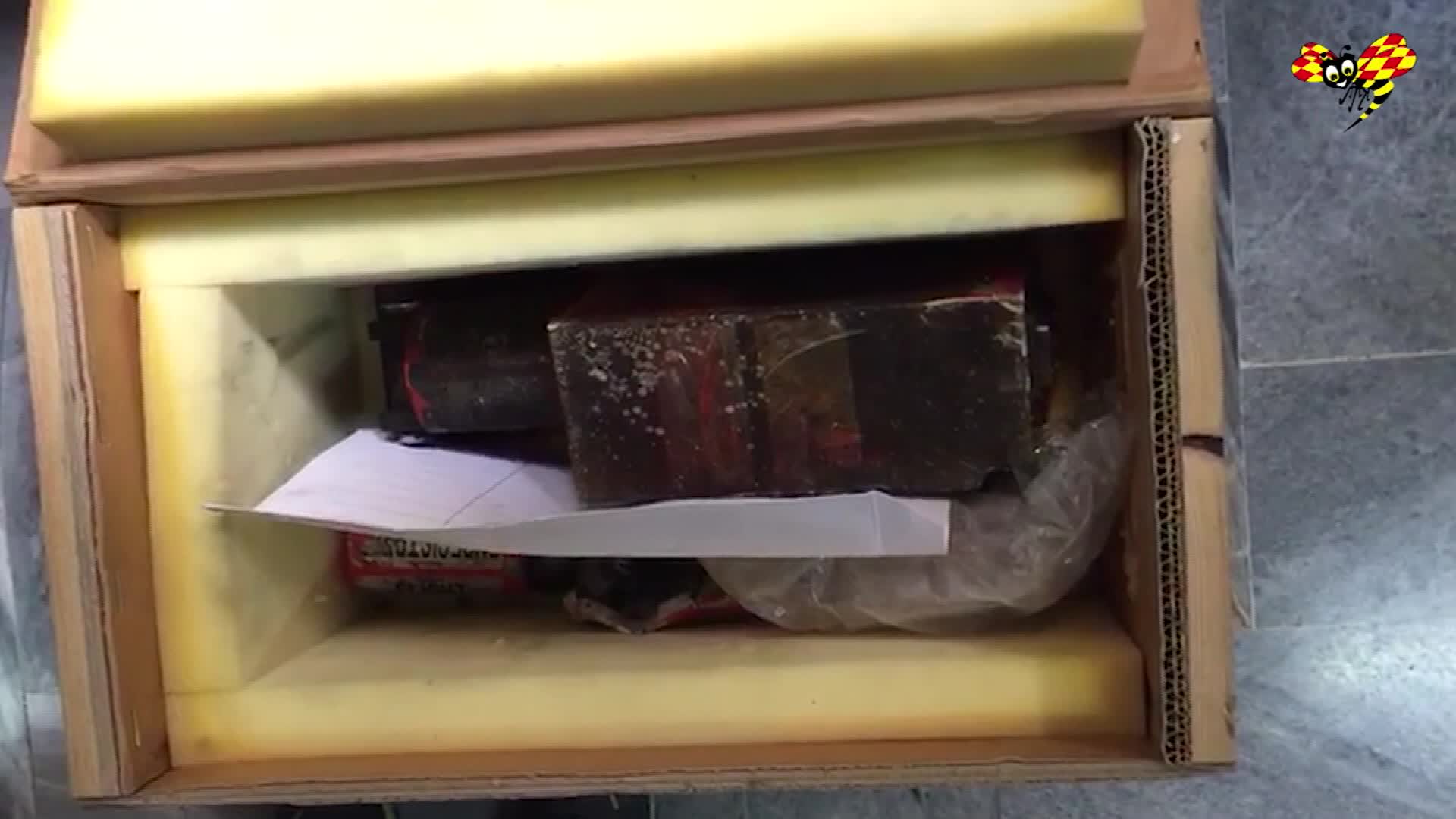 At a news conference on today, Iran showed the black box from the crashed Ukraine plane.

Senior Iranian Civil Aviation Authority officials said it could take one or two months to extract the data from the black boxes. They also denied the theory that the plane was mistakenly hit by a missile.

“Twelve expert groups have been set up to investigate the crash and the information must be collected in order to come up with the final conclusion,” the head of Iran's Civil Aviation Authority, Ali Abedzadeh, said at a news conference in Tehran. “So far what I can tell is the plane has not been hit by a missile, we have to look for the cause of the fire.”

The British and Swedish Prime Ministers called for a “full, transparent investigation,” into the Iran plane crash and pledged to work with international partners "to ensure the families of the victims get the answers they deserve.”

Following a conversation between the two on Friday, a Downing St. spokesperson said Boris Johnson and Stefan Lövfen "expressed condolences to all those who lost loved ones on the Ukraine International Airlines flight – including from the UK and Sweden.”

“I want to address the relatives in particular. We will do everything we can to find out what happened. My thoughts go to the victims, their families and close relatives at this difficult time. You are not alone. We share your sorrow,” Löfven added in a statement.

Ten Swedish and three British people were killed in Wednesday's crash just outside of Tehran.

Last night, Canadians held candle-night vigils across several cities across the country to mourn the victims of the crash.

At least 63 Canadians were among the 176 victims.

Earlier in the day,Canadian Prime Minister Justin Trudeau said Canadian officials have intelligence from their own sources and Canada's allies that shows Ukrainian International Airlines flight 752 was shot down by an Iranian surface-to-air missile.

"This may have been unintentional," Trudeau said today, adding that international partners should be involved in the investigation. 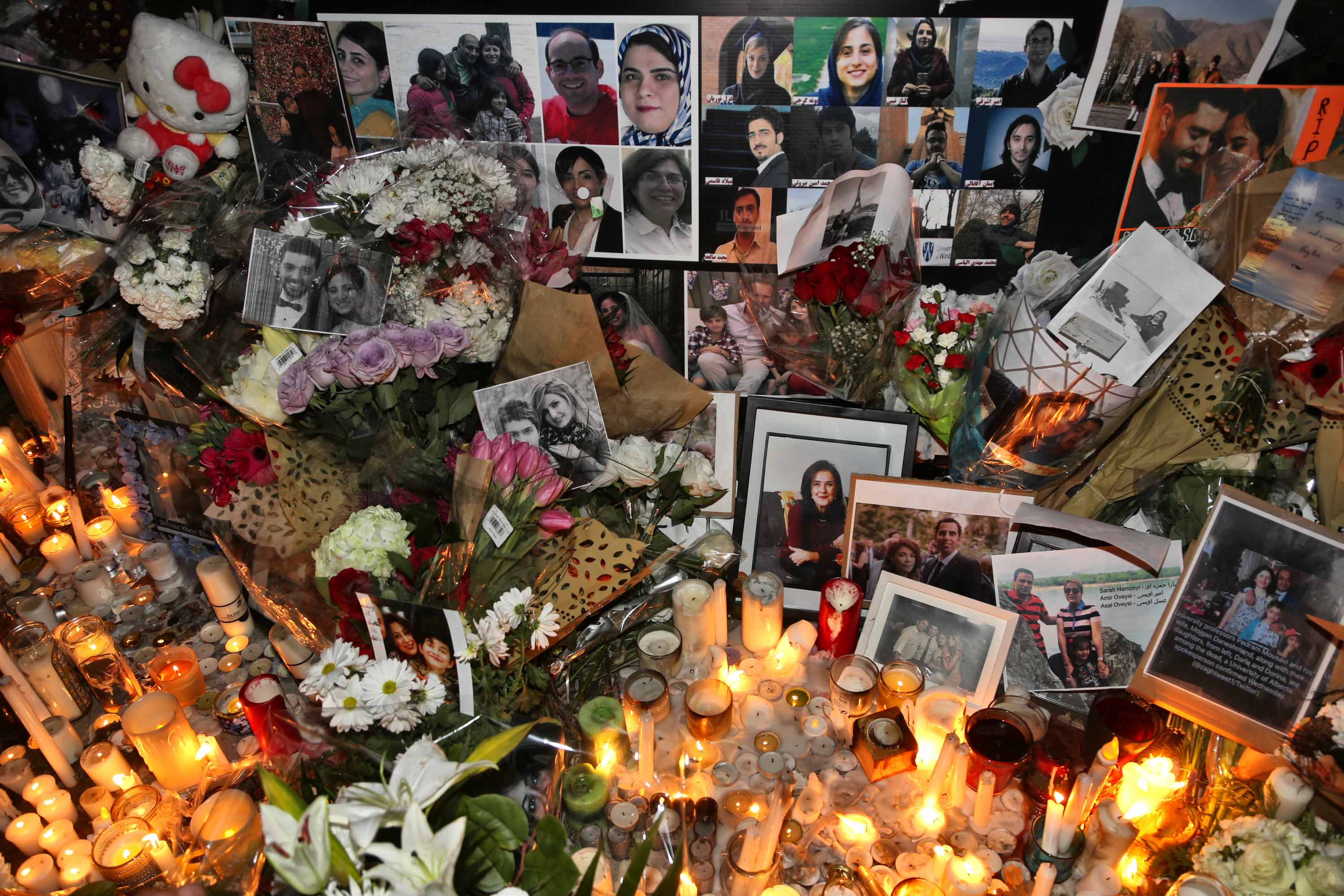 Hong Kong's government has issued a travel alert for Iran as tensions in the area continue, warning residents to avoid "non-essential travel."

"Residents who intend to visit the country should adjust their travel plans and avoid non-essential travel, including leisure travel," a spokesperson said in a statement. "Those already there should monitor the situation, exercise caution, attend to personal safety and avoid large gatherings of people."

The European Commission has called for an "independent and credible" probe into the Iran crash.

“At this stage there is still no conclusive evidence of what caused the incident and we are still waiting for the results of the ongoing investigation," spokesperson Stefan de Keersmaecker said in a Friday press conference.

The Commission “stands ready to provide any necessary assistance” to the authorities involved in the investigation, de Keersmaecker added.

Ukraine’s Foreign Minister said Friday that he has received "important data” on the plane crash, following a meeting between President Volodymyr Zelensky and US representatives.

Vadym Prystaiko also said on Twitter that Zelensky is due to speak with US Secretary of State Mike Pompeo on Friday.

"We met with US representatives including Christina Quinn, Head of the Embassy in Ukraine. We have received important data that will be processed by our specialists," Prystaiko wrote.

The remains of the victims of Wednesday's plane crash have been sent to a forensic lab for DNA testing, the head of Iran's Civil Aviation Organization told CNN Friday

Ali Abedzadeh added that pieces from the downed Ukrainian airliner have been retrieved from the crash site and taken away for investigation.

“The big and small pieces of the crashed plane were collected and taken to a hangar to reconstruct the plane for investigating the cause of the crash,” Abedzadeh said.

An eyewitness told CNN that all the large debris pieces from Wednesday's downed flight have been cleared from the crash site near Tehran, which experts say is a highly unusual move so early on in an investigation.

Iranian police and Revolutionary Guard Corps are dispersing people who are “wandering around” the site, the eyewitness said. Looters are also on the scene, picking things up from the ground, they added.

The eyewitness told CNN that there were no police or security officers around on Thursday, describing the scene as "anarchy."

They said the situation on Wednesday, when the plane crashed, was more controlled as the site was cordoned off and police remained on location for hours after the incident.

According to CNN correspondent Richard Quest, it is highly unusual for a crash site to be cleared this quickly and without the presence of other accredited representatives.

Normally, forensic officers from the major investigative bodies would be poring over the wreckage to see it in its natural state before removing it to a secure area.

The evaluation of the black boxes from the Boeing 737 that crashed near Tehran on Wednesday will begin today in Mehrabad Airport laboratory, according to the head of the Accidents Investigation Board of Iran’s Civil Aviation Organization.

Hassan Rezaeifar said authorities are checking whether it would be possible to reconstruct and analyze the information from the flight data recorders, according to state news agency IRNA.

If Iranian authorities cannot download the data, they will get help from Russia, Ukraine, France or Canada, he said.

Those four countries have announced their readiness to download the black box information, Rezaeifar told reporters, according to IRNA.

This comes after the civil aviation authority said Thursday that the black boxes were damaged, so Tehran may need help decoding them.