Two days before a Ukrainian passenger plane went down over Tehran in the fog of battle this week, Iranian President Hassan Rouhani reminded the world not to forget about something eerily similar — the shooting down of an Iran Air jetliner by a US Navy ship in 1988.

Iran Air Flight 655, an Airbus A300 with 290 people on board, was blown from the skies by a missile fired from the guided-missile cruiser USS Vincennes as it flew over the Persian Gulf from Iran to Dubai on July 3, 1988.

"Those who refer to the number 52 should also remember the number 290. #IR655 Never threaten the Iranian nation," he said in a tweet.

Iran has been quick to reassure Chinese tourists that the country is safe in the wake of conflict with the US and the downing of a Ukrainian airliner over Tehran.

In a post Thursday on Weibo, the Chinese equivalent of Twitter, Iran's embassy in Beijing wrote that "at this very moment, we feel deeply the warmth from the messages of Chinese netizens."

"We would like to say thank you! We have already slapped loudly the face of the US in response to its military adventurism. We have also maintained maximum restraint. Iran will continue to work to maintain regional peace and stability, and the lives of the Iranian people will remain calm as before. Chinese friends please rest assured and come to Iran for the Chinese New Year. Safety is not an issue.” 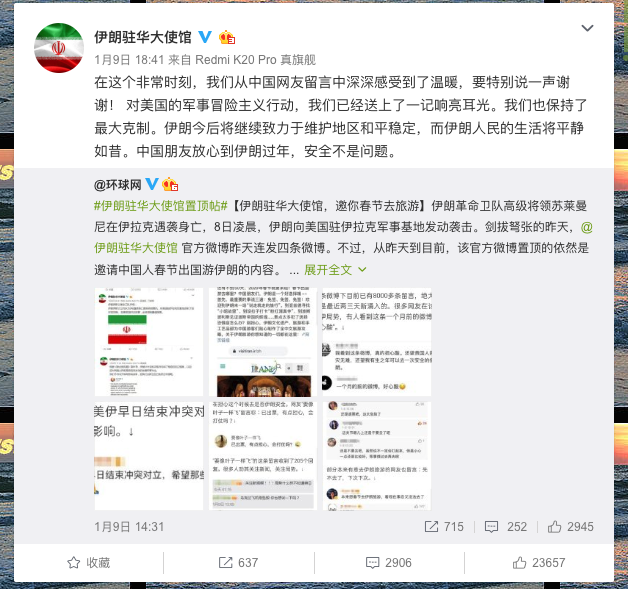 On the same day, the account also posted a video interviewing Chinese travelers in Persepolis -- a cultural site in Iran -- to stress that the country is still safe to visit.

Beijing is a longtime ally of Tehran's. In a call with his Iranian counterpart following the US killing of Gen. Qasem Soleimani, China's Foreign Minister Wang Yi said Washington's action "goes against basic norms governing international relations and will aggravate tensions and turbulence in the region."

Iran urged the United States on Friday to wait for the results of the investigation into the crash of a Ukrainian airliner and dismissed as "a big lie" allegations coming from US officials that missiles downed the plane, Iranian state media reported, quoting a government spokesman.

"No one will assume responsibility for such a big lie once it is known that the claim had been fraudulent," government spokesperson Ali Rabiei said in a statement, according to state-run Press TV.

"It is unfortunate that the psychological operation of the US government, and those supporting it knowingly and unknowingly, are adding insult to the injury of the bereaved families and victimizing them for certain goals by propagating such fallacies," he added.

A delegation from Ukraine is already in Iran, Rabiei said. "We also welcome the participation of all countries which have lost their nationals in the mishap," he added.

Speaking in an exclusive interview with Press TV on Thursday night, the head of Iran’s Civil Aviation Organization Ali Abedzadeh also rejected as "illogical rumors" reports that the Ukrainian plane that crashed south of the capital Tehran on Wednesday was hit by missiles.

CNN reported earlier Thursday that the US increasingly believes Iran mistakenly shot down the airliner, according to multiple US officials. The working theory is based on continuing analysis of data from satellites, radar and electronic data collected routinely by US military and intelligence.

United States Secretary of State Mike Pompeo was a driving force behind President Donald Trump's decision to kill a top Iranian general, sources inside and around the administration tell CNN, a high-stakes move that demonstrates Pompeo's status as the most influential national security official in the Trump administration.

Taking Iranian Gen. Qasem Soleimani "off the battlefield" has been a goal for the top US diplomat for a decade, several sources told CNN.

Targeting Iran's second most powerful official -- the leader of the Revolutionary Guard Corps' Quds Force, the politically and economically powerful military group with regional clout -- was Pompeo's idea, according to a source from his inner circle. That source said the secretary brought the suggestion to Trump. Pompeo "was the one who made the case to take out Soleimani, it was him absolutely," this source said. 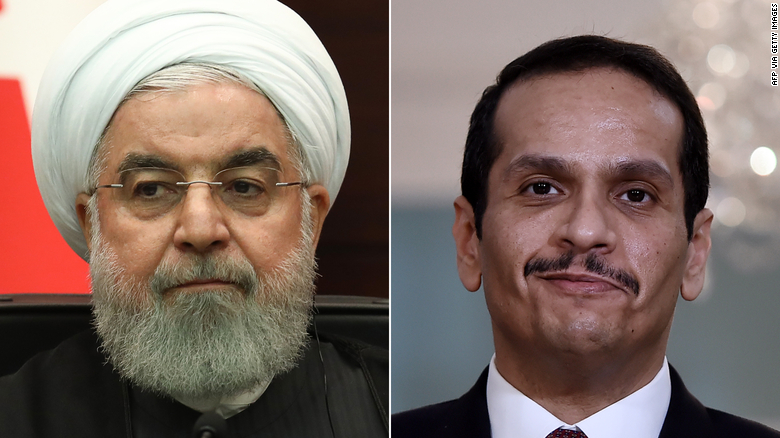