Zarif also said the Trump administration's decision to abandon the nuclear deal Tehran negotiated with world powers and embrace hardline policies against Iran "destroyed stability" in the Middle East, and he warned of worse to come if the US did not reverse course.

Zarif was referring to a tweet Trump sent Saturday in which the President said that if Iran strikes any Americans or American assets, the United States has 52 Iranian sites targeted -- a reference to the number of Americans taken hostage in the 1979 revolution -- "some at a very high level & important to Iran & the Iranian culture," he wrote.

Iran's top diplomat said those comments showed Trump "has no respect for international law and is prepared to commit war crimes -- attacking cultural sites is a war crime."

The interview came as Iran's parliament voted unanimously for a motion declaring all US forces as "terrorists" on Tuesday, according to Iran's state-news agency IRNA. The vote took place during the country's parliamentary session Tuesday, IRNA reported. After the plan was approved, delegates chanted, "Death to America."

Tensions between Iran and the US have escalated since Qasem Soleimani, the head of Iran's powerful Quds Force, was killed on Friday. 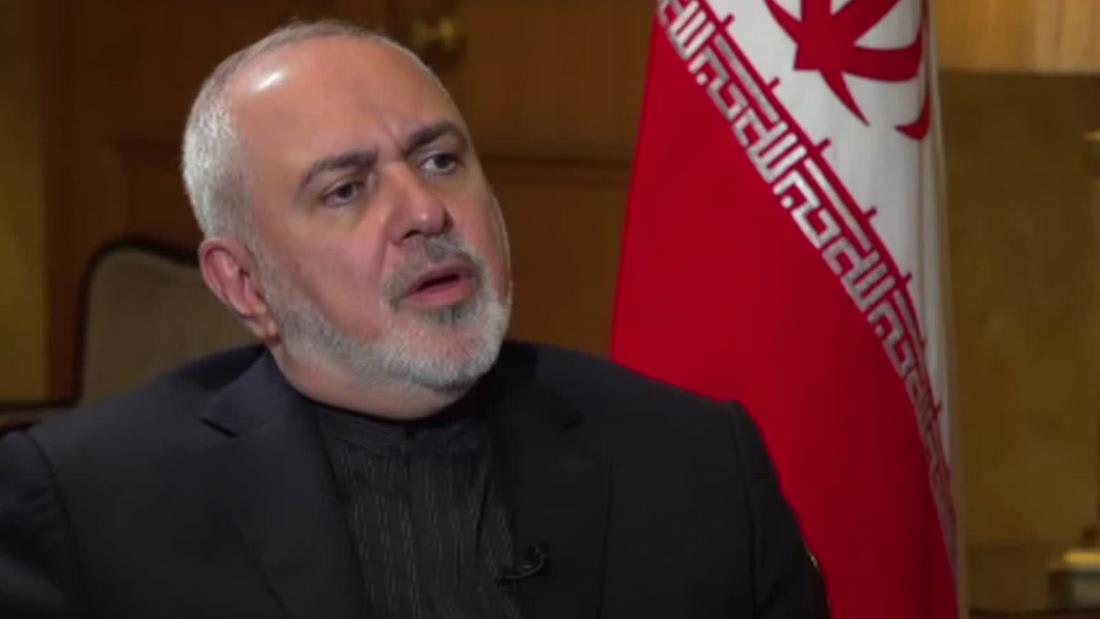 "A number of people" have died in a stampede at General Qasem Soleimani's funeral Tuesday in his hometown of Kerman, Iran's Press TV reported, citing the head of Iran's emergency organization.

Press TV is reporting "millions" of people have taken to the streets of Kerman to pay their respects to Soleimani. CNN has not been able to verify this figure.

Iranian lawmakers have unanimously voted for a motion declaring all US forces as "terrorists" in response to the assassination of Iranian General Qassem Soleimani last Friday, according to Iran's state-news agency IRNA.

The vote took place during the country's parliamentary session Tuesday, IRNA reported. After the plan was approved, delegates chanted, "Death to America."

In the same session, the parliament approved an expanded budget for the Quds Force, which Soleimani headed before his death.

Qasem Soleimani, top general and one of the most powerful men in Iran, was killed in a US drone strike at Baghdad airport last week.

On Monday, mourners packed the streets of Tehran to pay their respects to Soleimani at his funeral.

Here's a recap of what we know so far: