When Iran’s President Hassan Rouhani visited the house of Qasem Soleimani’s family in Tehran on Saturday, Soleimani’s daughter asked him “who will take revenge for my father?”

“Everyone will take revenge,” Rouhani replied to her.

Rouhani said the US committed a “grave mistake” in killing Iranian Soleimani and that Americans “will face the consequences of this criminal act not only today, but also in the coming years.”

Protesters have gathered in the Iranian capital of Tehran, mourning the death of the country's top general Qasem Soleimani, who was killed by the US in Baghdad on Friday.

"Martyr Soleimani’s blood will be avenged on the day we see the evil hand of America is cut short of the region for good,” he said.

The mourners in the streets of Tehran are also calling for revenge, waving flags and carrying portraits of the killed general.

Dr. Ali Al-abadi runs a makeshift clinic in Tahrir Square in Baghdad, where he has been treating wounded anti-corruption protesters. 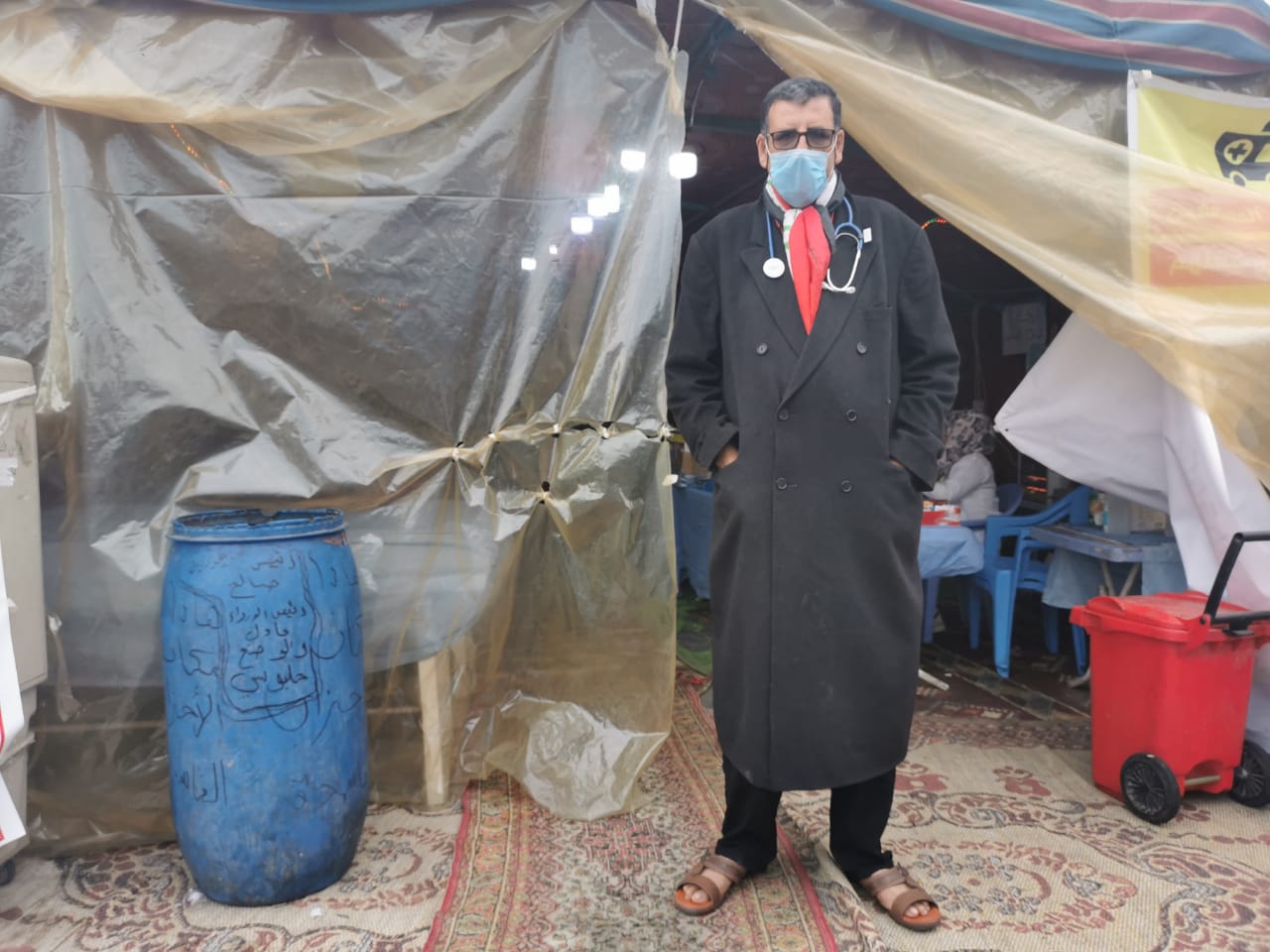 He explains why the two groups that are normally standing on the opposing sides in Baghdad -- the anti-corruption anti-Iran protesters and the pro-Iran groups -- are in agreement today.

There's no debating it, we are all against the American attack. The whole point of us being here is in support of Iraq's sovereignty so we're against all kinds of interference."

Qatar moved quickly to try to dial down the boiling tension in the Middle East after the killing of Qasem Soleimani by the United States.

His mission came in the wake of the attack against Soleimani and repeated threats by Iranian officials to revenge the death of the top general.

One side-effect of the killing could, conceivably, be a recognition that the US has swerved form being an unreliable ally to its friends in the Middle East under former president Barack Obama to an unpredictable one under Donald Trump.

The Qataris have been locked in a bitter dispute with other members of the Gulf Cooperation Council, including Saudi Arabia and the United Arab Emirates, but they all agree that there is a profound economic and social need to reduce the tensions with Iran.

It is conceivable, although not highly likely, that the pro-Western leadership in the Middle East may begin to forge their own paths in terms of their relations with Iran in the face of the erratic behavior of the US.

If these leaders were able to wean themselves off their dependence on the US for direction they may be able to establish a less fractious and fearful relationship with Tehran.

Iran, meanwhile, might be pulled closer into relationships with its neighbors rather than being seen, and choosing to be, something close to an existential threat to many Arab states.

Optimism in this region, though, usually leads to heartbreak.

Already the street-level demonstrations (mostly by Shia groups) in Iran and Iraq against the alleged corruption and incompetence of their Shia-dominated governments have been replaced with large anti-American demonstrations and the familiar sight of the US flag burnings.

For now, then, Souleimani’s death has saved Iran's ruling class from losing the influence it had seen slipping through its hands a week ago in Iraq and its own country.

Former UK Foreign Secretary Jeremy Hunt has warned of a “very, very risky situation” caused by "extreme" actions by both the US and Iran.

Speaking to the BBC on Saturday, Hunt said:

It’s an incredibly dangerous game of chicken that’s going on at the moment, because both sides have calculated that the other side cannot afford, and doesn't want, to go to war.
This is a very difficult situation for allies of the United States, like ourselves, because I happen to be someone who believes that the world is safer when America is involved in what’s happening beyond its shores, and the UK cannot afford to be neutral if we want to be a serious, global player.

Meanwhile, the UK opposition leader Jeremy Corbyn has written to Prime Minister Boris Johnson to request answers on whether the UK was informed in advance of US President Donald Trump’s decision to launch an attack on Iran’s military leader Qasem Soleimani in Baghdad.

Corbyn also asked whether “in its communication with the US has the UK government expressed its opposition to this action.”

On Friday, UK Foreign Secretary Dominic Raab urged “all parties to de-escalate.” He said the UK government had “always recognized the aggressive threat posed by the Iranian Quds force led by Qasem Soleimani,” but that “further conflict is in none of our interests.”

Muthana Salman, an anti-corruption protester in Tahrir Square, is demonstrating with his daughter today.

Both are carrying anti-American signs.

He says he wants Iraq to cut ties with the US and Iran, as well as other regional powers, Turkey and Saudi Arabia.

Iran-backed political parties in Iraq have been criticizing the anti-corruption protests in Baghdad, viewing them as part of a conspiracy to dislodge Iran's influence.

But on Saturday, the two sides -- one staunchly pro-Iran and the other anti-Iran, share a similar, anti-American message.

The two countries have maintained diplomatic relations in recent years and share a huge gas field in the Persian Gulf.

Tehran assisted Qatar during the Saudi-led economic and diplomatic blockade in 2017, by delivering food and supplies.

Emotional scenes are playing out on the streets of Baghdad, as the funeral procession moves through the city.

Many people are crying, others are chanting "Death to America" and "Death to Israel."

Assifa Abbas, 50, is one of the thousands of Iraqis attending the funeral procession of Qasem Soleimani in Baghdad. The atmosphere in the streets is a mixture of sadness and defiance.

Abbas, a mother of three fighters of the Popular Mobilization Units, the Iran-backed Iraqi militia, said she was hoping the attack will mark the end of America's presence in Iraq.

Abu Mahdi al-Muhandis, the deputy head of the militia was killed alongside Soleimani.

"This strike killed our heroes but it created a thousand more Hajji Soleimanis and Muhandis's," she told CNN.

"If the parliament doesn't vote to expel the Americans, it will see the true face of the Iraqi street," she added.

Former MP and a Turkmen leader, Fawzi Akram, is also hoping for the US withdrawal. "We hope this will result in the expulsion of the Americans ... the map of a new Iraq will be drawn with (Muhandis's) blood," he told CNN.