Opinion: Commentary on the Mueller hearing 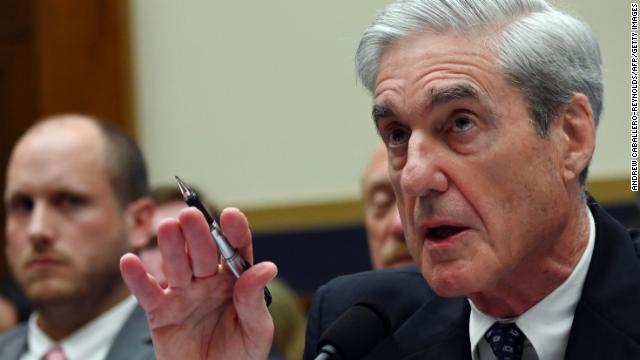 After listening to hours of staccato testimony from Robert Mueller, the man whose job it was to answer difficult questions, the country is left with yet another unknown: Why won’t Mueller say what he really thinks?

A reading of his lengthy report lays out a hefty but dense case for obstruction of justice, and a not-exactly-thin one for questionable links between members of the campaign and Russia. Mueller’s Congressional testimony reaffirmed everything in the report. And yet, Mueller won’t say it out loud, in public.

He has repeatedly stated that he was acting as a prosecutor. He viewed his job as gathering evidence and presenting it to a jury (Congress and the American people) so that they can reach a verdict. He didn’t want to get involved in what is not only a criminal but also a political case. Despite entreaties from Democrats and Republicans, he refused to act as judge or jury. But even prosecutors have to make decisions on indictments.

The Special Counsel has presented extensive, persuasive evidence of Trump’s culpability, but he won’t say the words.

Mueller has offered a compelling but cloudy answer to questions about the president’s actions. For a country eager to see some resolution, he stubbornly refuses to offer with clarity his own professional judgment.

The question is: Why?

Frida Ghitis, a former CNN producer and correspondent, is a world affairs columnist. She is a frequent opinion contributor to CNN and The Washington Post and a columnist for World Politics Review. 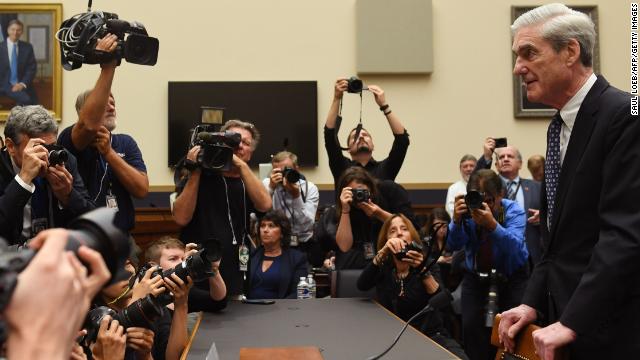 What a nightmare Robert Mueller’s testimony has been for Congressional Democrats and their dreams of impeachment momentum. In his much-anticipated bombshell performance, Mueller bombed. Aside from difficult to watch testimony, there has been no new information and no elaboration on the 448-page report.

The former Special Counsel’s testimony is another in a long series of Rorschach tests that essentially has yielded nothing. Democrats still look at the Mueller Report and see corruption; Republicans still look at it and see exoneration.

As for the testimony, the take-away for Democrats was simple: Judiciary Committee Chairman Jerry Nadler asked if Mueller intended to totally exonerate the president, to which Mueller replied, “no.”

The Republican take-away was equally direct: Rep. Louis Gohmert, R-Texas, accused Mueller of “perpetuating injustice” as the former argued that Trump had a right to feel he was under attack by a biased investigation.

President Trump, in fact, did not interfere with this investigation. Trump and the White House cooperated with Special Counsel Mueller and were committed to transparency.

It’s important to remember that the Mueller report, in its own words, “did not establish that the [Trump] campaign coordinated or conspired with the Russian government in its election-interference activities.” Mueller and his team found no “evidence that any U.S. person who coordinated or communicated with the IRA [the group that carried out Russia’s election interference efforts on social media] knew that he or she was speaking with Russian nationals engaged in criminal conspiracy.”

Despite Democrats’ best attempts to pull Mueller outside the parameters of his report, he did not take the bait. With that, it’s time for Democratic leaders to stop obsessing over this closed case and to put the American people first.

Alice Stewart is a CNN Political Commentator, Resident Fellow at the Kennedy School Institute of Politics at Harvard University, and former Communications Director for Ted Cruz for President. 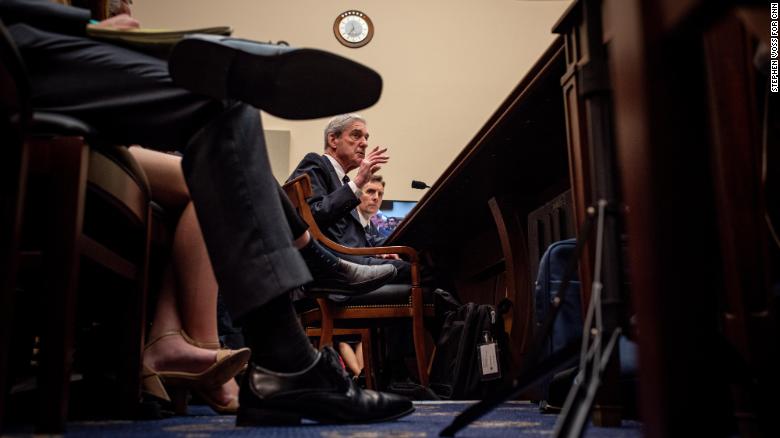 Robert Mueller has been surprisingly unsteady and often confusing in his presentation. His constant request to repeat questions and his seeming inability to understand relatively straightforward questions was surprising for such a smart guy.

Both Democrats and Republicans have gathered some useful sound bites for damaging political commercials. But one thing is clear. If Trump were a “civilian” rather than the President, he would have been indicted for obstruction, even though Mueller “cleaned up” his answer to Rep. Ted Lieu’s question.

Justice Department policy prohibiting indictment of a sitting president saved the day for Trump. Yet the case for impeachment is weak, as Trump’s defense will be that his obstructive acts were those of an innocent man (no collusion proven by Mueller) angry at having a special counsel relentlessly investigating him and “obstructing” his ability to serve as chief executive.

I don’t see the votes to remove the President from office in the Senate, even if Democrats have the votes to impeach in House, which is also unlikely. So far Trump has been bloodied a bit but a knockout isn’t in the cards.

Paul Callan is a CNN legal analyst, a former New York homicide prosecutor and of counsel to the New York law firm of Edelman & Edelman PC, focusing on wrongful conviction and civil rights cases. Follow him on Twitter @paulcallan. 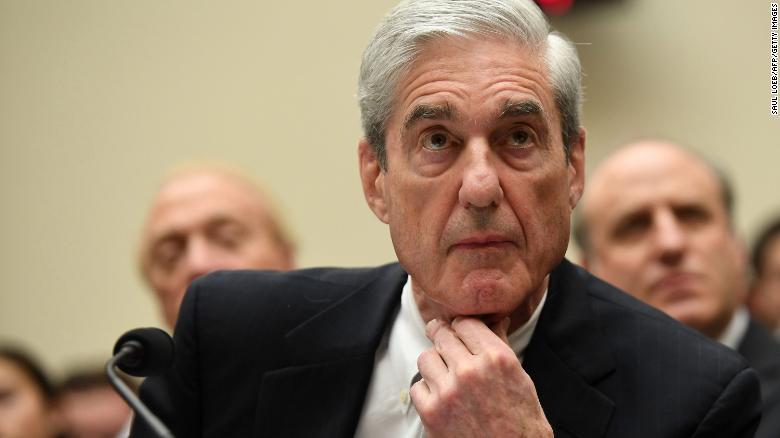 Wednesday’s Mueller hearings had a little bit for everyone. For Democratic partisans, House Judiciary Chairman Jerrold Nadler’s opening question pierced through over a year’s worth of statements from President Donald Trump that the Mueller investigation was just a "witch hunt" -- and that he was entirely exonerated of wrongdoing. Mueller, simply and succinctly, laid those claims to rest.

For Republican partisans, Mueller’s refusal to answer questions, despite the fact that the limitations on his testimony were set by the Justice Department, gave them a forum to revel in their conspiracy theories about FBI surveillance before a national audience.  And Mueller’s performance, where he asked for a question to be repeated and at times seemed unfamiliar with his own report, will likely be fodder for Fox News for weeks.

But the bottom line is that these hearings are not about what the partisans and Twitter users think. They made up their minds a long time ago. These hearings brought to life the Mueller report for large swaths of the American population, who did not read the report and may have been heavily influenced by Attorney General William Barr’s mischaracterizations of it. Those Americans heard a very different version today -- a story of lies, obstruction and disloyalty to American democratic values.

Those people in the middle are not likely to run out and call for impeachment, but they can vote in 2020. And today is a strong statement that the President is unfit to hold the office and certainly should not be reelected in 2020. 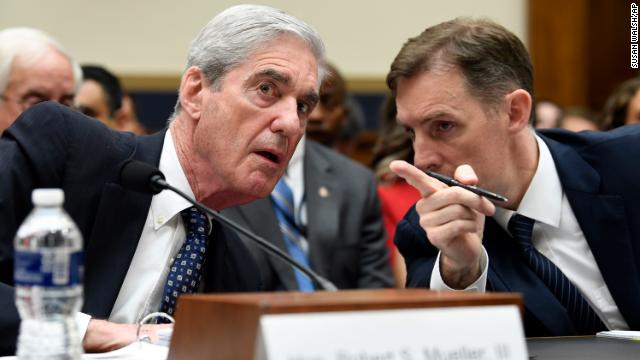 Democrats got a big payoff from their practice sessions, as their questions were far more effective than the Republicans’ during Wednesday’s hearings with Robert Mueller.

Democratic questions reflected the hallmark of good preparation for public questioning: fluidity. They were able to adjust on the fly to (or perhaps had accurately predicted) Mueller’s red-flag issues like impeachment or anything to do with disagreements with Attorney General William Barr -- and, importantly, to Mueller’s lack of superhuman mastery over every detail of the investigation.

While Democrats initially tried to get Mueller to quote from his report or read from it, he declined to do so and Democrats easily adjusted by doing the reading themselves and having Mueller agree with their readings. This accomplished putting the words of the report into the public consciousness in a way the public would attach to an image of Mueller himself.

Huge home run for Judiciary Committee Chairman Jerrold Nadler in eliciting from Mueller the concrete denial that the report exonerates the President. Even though Trump will keep claiming it does, Mueller’s response will make it much harder for the President's supporters to make the same claim.

In contrast, Republicans engaged in typical ineffective Congressional questioning consisting of telegraphing the bias of their question ahead of asking it and engaging in speeches or chest-thumping while their time ran out. Mueller simply waited patiently for a question he could answer. Some Republican ineptness was particularly comical, such as when Representative Greg Steube undercut his own attempted cross-exam questioning by asking Mueller: So you disagree with my characterization? Mueller: Yes.

Lesson learned: Never tell witness on cross that your question is a “characterization” -- it’s like putting a sign on your bottom that says: Kick me.

Shanlon Wu is a former federal prosecutor and CNN legal analyst. He served as counsel to Attorney General Janet Reno. Follow him @shanlonwu.