2020 Democrats campaign across the US

Democratic presidential candidate Beto O’Rourke said Saturday that he believes “beyond the shadow of a doubt” President Donald Trump colluded with Russia to influence the 2016 election, stopping short of saying Trump should face impeachment proceedings.

“You have a president, who, in my opinion, beyond the shadow of a doubt, sought to -- however ham-handedly -- collude with the Russian government -- a foreign power -- to undermine and influence our elections,” O’Rourke said at a town hall in Charleston, South Carolina.

“If you are wondering about collusion then when you saw the President of the United States standing next to leader of Russia on that stage in Helsinki, Finland, defending him and taking his word for it against our own intelligence community in our country, in (conservative columnist) George Will’s words not mine, that is collusion in action. Ultimately, I believe this will be decided at the ballot box in 2020 by you, by me, by all of us in this country,” he added.

O’Rourke’s comments come as lawmakers await a briefing by the Justice Department on the “principal conclusions” of special counsel Robert Mueller’s report on Russian interference in the 2016 election.

The presidential hopeful also commented on the so-called “school-to-prison pipeline,” drawing a large applause from attendees as he discussed the incarceration rate of minority students.

“As a white man in this country, it is only belatedly and only in part that I’ve begun to understand the struggles of others. A criminal justice system that is the largest prison population on the face of the planet per capita disproportionally comprised of people of color -- many of whom arrived there on a school house to jail house pipeline that began not in high school but at five-years-old years old in a kindergarten classroom where a child of color stands five times the chance of being disciplined, suspended, expelled,” O'Rourke said.

At least four 2020 Democrats will hold meet-and-greets, town halls and round tables in New Hampshire this weekend.

At least four 2020 Democrats are campaigning in southern states this weekend.

Pete Buttigieg — who has yet to officially declare that he's running for President but does have an exploratory committee — will start his Saturday in South Carolina.

Cory Booker and Beto O'Rourke are also campaigning in the state.

Kamala Harris will spend her Saturday in Texas before heading to Georgia on Sunday. 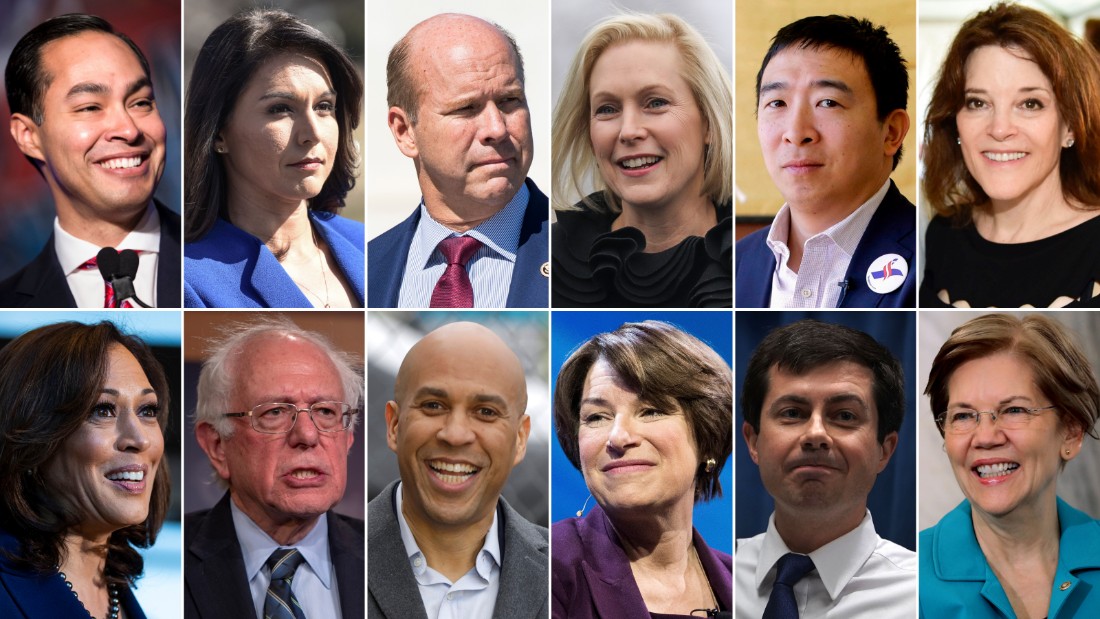 The 2020 Democratic field is taking shape, with candidates revealing their intentions on a seemingly everyday basis.

Here's a look at the 14 Democrats who have officially announced their candidacy: