Our live coverage has ended. Scroll the posts below to see how CNN's town hall with Sen. Bernie Sanders unfolded.

After the cameras stopped rolling, Sanders thanked the audience and said they asked good questions.

He then walked into the crowd to shake hands — and take selfies. He left the set after a few moments of mingling.

Here's a look at the scene afterward: 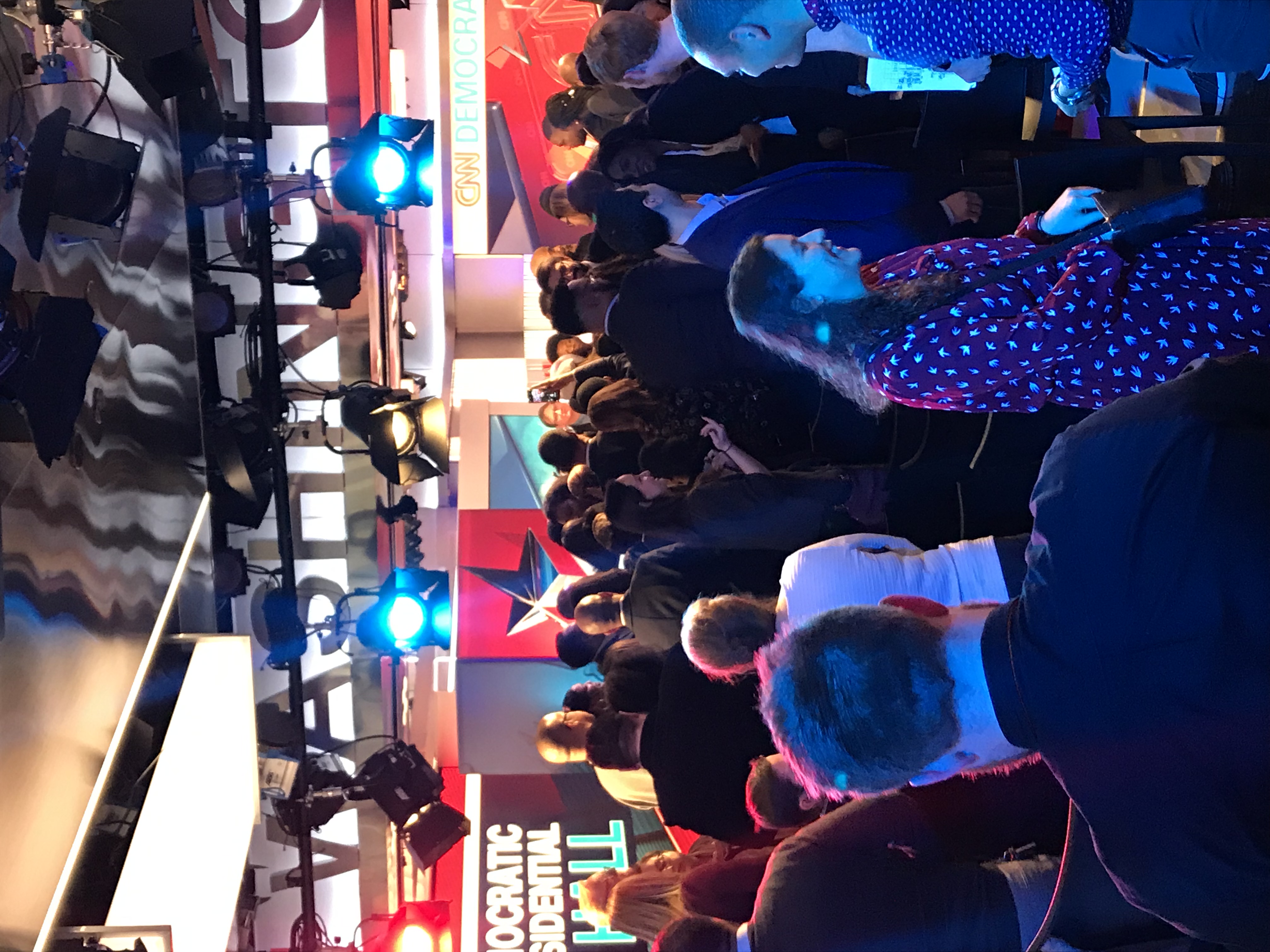 When asked about how he would lower drug prices, Sanders said, “Don’t get me going. We have a limited amount of time.”

One out of five Americans can’t afford their medicine, he said, noting that parents post to his social media sites after their children died because they couldn’t afford insulin.

He slammed his longtime foes, the pharmaceutical industry, which he called “the most greedy entity in this country today” that made $50 billion last year.

The senator outlined his plan to reduce drug costs, which would allow Medicare to negotiate drug prices, permit the importation of medications from Canada and elsewhere and base prices on the cost of medications in other countries.

The pharma industry will be hard to defeat, especially because “they own the Congress. They have lobbyists all over the place,” he said.

“The only way you beat the drug companies is when millions of people stand up and say ‘I’m not going to allow you to kill my wife or my kids’,” Sanders said. “We’re not going to pay outrageous prices.”

CNN's Wolf Blitzer asked Sanders, “Why have you stopped short of calling Maduro of Venezuela a dictator?”

“It’s fair to say the last election was undemocratic, but there are still democratic operations taking place in that country,” Sanders said. “What I am calling for right now is internationally supervised free elections.”

In a tweet on Saturday, Sanders called for a de-escalation of tensions on the country’s border with Colombia.

"The people of Venezuela are enduring a serious humanitarian crisis," he tweeted. "The Maduro government must put the needs of its people first, allow humanitarian aid into the country, and refrain from violence against protesters."

Sanders on Monday night again warned against the "unintended consequences" of foreign intervention, instead calling for "internationally supervised free elections."

"I'm old enough to remember the war in Vietnam," Sanders said, before ticking off past American political interference in Central and South America. "I am very fearful of the United States continuing to do what it has done in past — the United States overthrew a democratically elected government in Chile, and in Brazil, and in Guatemala."

He then compared the "despotic regime" in Saudi Arabia with the leadership in Venezuela and said the US should do all it could to foster a "democratic climate."

"But I do not believe," he added, "in US military intervention in those countries."

Sen. Bernie Sanders was just asked how he'd ensure that Washington, DC, gets full representation in federal government. (It currently isn't represented by any senators, and its representative is a non-voting delegate.)

The question got a lot of cheers from the audience.

Sen. Bernie Sanders spoke about the "racial disparity" in America and vowed to "end all forms of racism in this country."

He also promised that, if elected President, he'd appoint diverse officials to his cabinet.

“I will work in hard as I can, No. 1 to have a cabinet that reflects what America is," he said, adding that his No 2 promise is to "end racism." 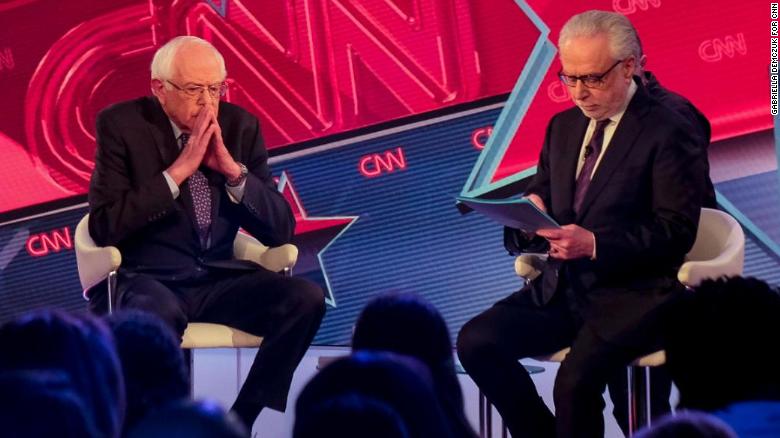 Sen. Bernie Sanders — after criticizing President Trump as a "pathological liar" and describing how he is tearing the nation apart — praised the President's summits with North Korean leader Kim Jong Un.

“I think nuclear weapons in the hands of a brutal, irresponsible dictator is a bad idea," Sanders said.

He said that if Trump's face-to-face meetings result in the denuclearization of North Korea, they're a "good idea."

Trump is due to meet with Kim this week in Vietnam for their second summit.

Asked whether Americans will be able to keep private insurance plans through their jobs, Sanders said they won’t need it because Medicare for all will cover all their health care needs.

“What will change in their plans is the color of their card,” Sanders said, adding that his plan will provide comprehensive coverage, including vision, hearing aides and dental care. Also, Americans can go to any doctor, dentist or hospital they choose.

Sanders pushed back on the idea that people like their health insurance, even though a recent Gallup poll showed that 70% of those with employer plans say their coverage is excellent or good.

“People like their doctors. They like their hospitals. They like the care they’re getting,” Sanders said, noting that the only way to provide health care to all Americans in a cost effective way is through a single-payer system like the one he is proposing.

But if Americans want cosmetic surgery, for example, they can buy private plans to cover it, the senator said.

"Well, we’ll bring a lie detector along," he said.

Sanders added that he has conservative friends who are honest people and their difference in opinion is "called democracy."

Sanders said Trump, however, is a "pathological liar" who "has to be exposed."