Our live coverage of the election has ended for the evening.

The Trump campaign is moving from state to state to try to overturn President-elect Joe Biden's win. Mounting a series of increasingly wild legal maneuvers, without credible claims, that face astronomical odds and carry little precedent.

Lawsuits in Pennsylvania, Michigan and Arizona are now attempting to advance a smattering of accusations and legal theories, some based upon vague and unsupported allegations of fraud, or complaints of minor ballot processing access, as a way to prevent state officials from certifying the popular vote results, which currently all favor Biden.

"As the Trump campaign has come forward with its legal arguments, they haven't really produced any facts or legal theory that's stronger than when they started," election lawyer and CNN analyst Rick Hasen said.

President Trump's campaign strategy increasingly appears to be to cast enough doubt over vote counts so it can find judges to block states from certifying the choice its voters made, according to elections experts, including longtime Republican lawyer-turned-CNN analyst Ben Ginsberg.

The Electoral College doesn't formally select the president until Dec. 14, with a key deadline of Dec. 8.

If that worked, in theory, it could then open the path for state legislatures — especially the Republicans in power in Michigan and Pennsylvania — to argue they should make their own choice for their Electoral College slate, handing Trump a victory that goes against Biden's win in more than one state. But it couldn't come close to giving Trump the electoral win without lots of help.

"To win, Mr. Trump must prove systemic fraud, with illegal votes in the tens of thousands. There is no evidence of that so far. Unless some emerges quickly, the president's chances in court will decline precipitously when states start certifying results," wrote Rove, who is long considered a mastermind of political maneuvering during the presidency of George W. Bush.

Lawyers for the Biden campaign have called the Trump campaign lawsuits theater, and nothing more.

President-elect Joe Biden is set to announce who will serve in top roles in his administration in the coming days and weeks.

The process began Wednesday with the Biden transition office's announcement that Ron Klain, one of Biden's most trusted campaign advisers, had been tapped to serve as his incoming chief of staff.

Long seen as the most likely pick for the top job, Klain previously served as chief of staff to Vice President Al Gore during the Clinton administration and Biden during his tenure as President Barack Obama's vice president.

Each of Biden's Cabinet nominees will need to be confirmed by the US Senate, which is currently controlled by Republicans. Two runoff elections in Georgia on January 5 could determine which party controls the chamber and impact the Cabinet confirmation process.

Read up below on who has been mentioned in conversations about potential top roles in the Biden administration: 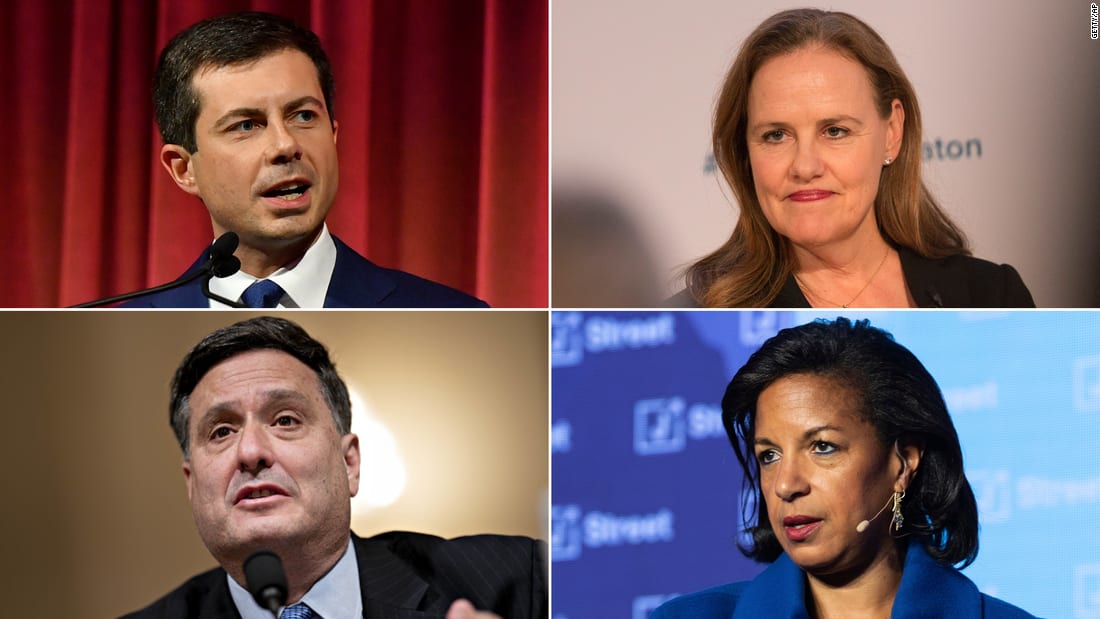 Here's who could serve in top roles in the Biden administration

Conceding a lost election is the classy thing to do and it has usually been a part of the country coming together after a divisive campaign.

But President Trump has not yet conceded to Joe Biden, who was projected the winner of the 2020 election on Saturday, and has not indicated he has any intention of doing so.

Yet concession is a custom, not something required under the law. There are usually two elements to a concession — a call to the victor and a speech to supporters.

Hillary Clinton called Trump to concede in 2016 and she addressed supporters after it was clear she'd lose (although she advised Biden not to concede if the election was at all close and to let things play out).

John McCain set the modern standard for graciously conceding when he told supporters, "A little while ago, I had the honor of calling Sen. Barack Obama to congratulate him on being elected the next president of the country that we both love." Read it here.

Al Gore called George W. Bush to concede on Election Night in 2000, then called him back to un-concede when results in Florida tightened. He ultimately did concede, 36 days later, after the Supreme Court ended recounts and gave the White House to Bush. And he gave a conciliatory speech to the nation even as his supporters fumed at the result.

At some point — maybe not today and maybe not until legal options are exhausted — it will become clear to people around Trump and to Republicans in Congress that this thing is over.

Maybe it will come when Trump's vice president, Mike Pence, has to fulfill his official role of certifying the counting of electoral college votes in the House chamber in January.

Losers, who are generally part of the government, usually attend the winner's inauguration in modern times. It's unclear if Trump would do that or not. It might be a fitting coda to Trump's leadership style that he would refuse to acknowledge his loss.

The constitution is very clear that a new president will take the oath of office on Jan. 20 at noon. That will happen if Trump loses graciously or if he has to be escorted out of the Oval Office by Secret Service, although it's not exactly clear what the Secret Servce would do in the event Trump wouldn't leave.