CNN has learned another suspicious package with a device addressed to the White House was intercepted at Joint Base Bolling in Washington, DC.

According to a law enforcement official, the device was similar to one sent to Soros' home, and similar to ones sent to homes of Clintons and Obamas.

The devices appear to be rudimentary but functional.

Another law enforcement source said “There is a strong suspicion” the two packages intercepted last night and this morning are connected to the package targeting George Soros.

CNN's Kate Bolduan reported the police are clearing the area around the building, slowly pushing observers back from the doors.

NYPD is responding to a suspicious device discovered in Time Warner Center, where CNN is based, in New York, according to a law enforcement source.

CNN has evacuated its newsroom as a precaution. 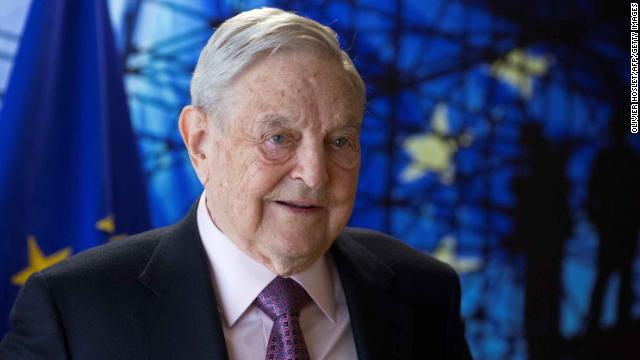 The suspicious packages sent to the homes of Obama and Clinton come two days after billionaire liberal activist George Soros received what appeared to be an explosive device in the mail.

From Kelly Murray's story on Tuesday :

A suspicious package targeting billionaire investor and philanthropist George Soros was rendered safe in Bedford, New York, a law enforcement source told CNN.
Bedford police say they received a call about 3:45 p.m. Monday reporting a suspicious package found in a mailbox. The package appeared to be an explosive device, police said.
An employee had opened the parcel. The employee placed the package in a wooded area and called police, according to a news release.

It's not clear if the incidents are related.

The FBI New York confirmed a "suspicious package" was found in the vicinity of Hillary and Bill Clinton's home in Chappaqua, New York and said it is investigating.

The Secret Service says "potential explosive devices" were mailed to the homes of Hillary Clinton as Barack Obama.

Here's the full statement from the Secret Service

The U.S. Secret Service has intercepted two suspicious packages addressed to Secret Service protectees.
Late on October 23, 2018, the Secret Service recovered a single package addressed to Former First Lady Hillary Clinton in Westchester County, New York. Early this morning, October 24, 2018, a second package addressed to Former President Barack Obama was intercepted by Secret Service personnel in Washington, DC.
The packages were immediately identified during routine mail screening procedures as potential explosive devices and were appropriately handled as such. The protectees did not receive the packages nor were they at risk of receiving them.
The Secret Service has initiated a full scope criminal investigation that will leverage all available federal, state, and local resources to determine the source of the packages and identify those responsible.