Our new CNN/Des Moines Register/Mediacom poll of likely Iowa Democratic caucusgoers shows that Sen. Elizabeth Warren has climbed to 22%. She was at 15% in June.

Former Vice President Joe Biden's at 20%, slightly down from 23% in June.

All other Democratic candidates are well in the back of the pack. These include Sen. Bernie Sanders at 11%, Mayor Pete Buttigieg at 9% and Sen. Kamala Harris at 6%.

Everyone else is below 5%.

One of the things I have tried to stress during the course of this campaign is that no candidate has anywhere close to a greater than 50% chance of winning either the Iowa caucuses or the Democratic primary overall. That remains true today.

What I've done is gathered Iowa caucuses' polls taken closest to this point in non-incumbent nomination processes since 1980. I then ran a simple model that controlled how high the best polling candidate was and figured out how often a candidate should win given where they were polling at this point. Keep in mind, these are rough odds.

What we see is that if history holds, someone in Warren's polling position should win about 30% of the time. That means, there's something like a 70% chance someone other than Warren wins the Iowa caucuses.

Someone in Biden's polling position should win about 25% of the time.

Someone at around 10%, like Buttigieg and Sanders, have about a 10% chance of winning.

In other words, this race isn't over by any stretch. 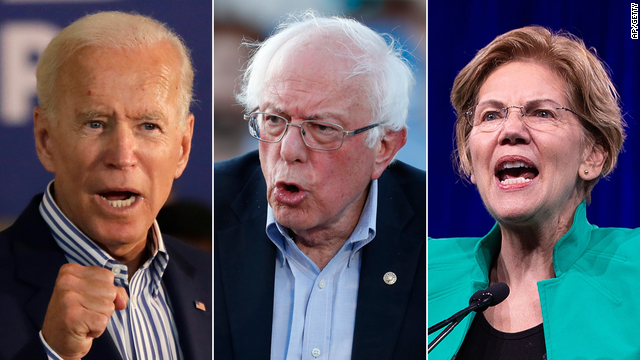 Our latest Iowa poll has a lot of good news for Warren. She's rising; Biden is mostly static; and Sanders is fading.

Warren's support grows among voters who are extremely or very enthusiastic, and she has a significantly higher very favorable rating than Biden or Sanders.

Warren doesn't do anywhere near as well among those who said their mind is made up.

Among those who said their mind was made up, the horserace breakdown was Biden 26%, Sanders 19% and Warren 14%.

Among those who said they could be persuaded to vote for a different candidate, it was Warren 31%, Biden 22% and Sanders 12%.

These numbers shouldn't be too surprising. Even as Biden has dipped since entering the race, he's consistently been in the top tier. His voters seem to be more with him than others. Sanders, meanwhile, has seen his backing drop to mostly his core supporters.

Warren has a lot of new supporters aboard her campaign train, so it makes sense that they are more persuadable. The question is whether Warren can lock them down over the next few months. 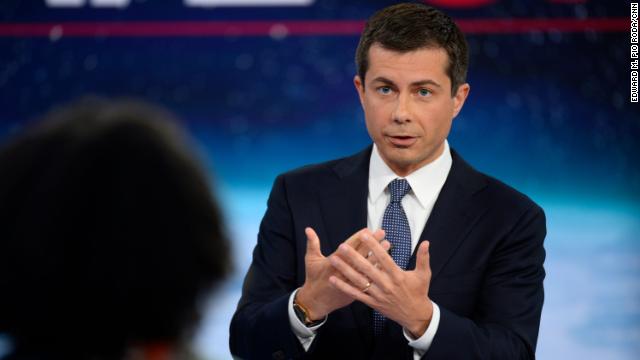 One of the things I love about our Iowa poll is that it doesn't just ask whether caucusgoers have a favorable or unfavorable view of the different candidates. It gets broken down by very favorable and somewhat favorable ratings.

That's important because many voters will like many candidates. Primary voting is more about loving than liking a candidate.

Interestingly this suggests potentially good news for Buttigieg. His very favorable rating of 33% is second best in the field, yet he's coming at just 9% in the horserace. That's because he is earning "just" 25% of the vote among those with a very favorable view of him.

If Buttigieg can start to convert those with a very favorable rating of him to voters like either Biden or Warren, then he's going to be a real player in Iowa down the stretch. 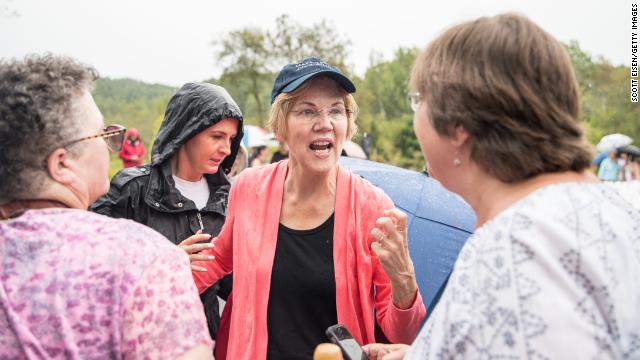 One of the reasons Elizabeth Warren is doing better in Iowa is simply the demographics of likely caucusgoers. Nationally, Warren's support is considerably strong among white Democrats and those who have a college degree.

Both of those groups make up a considerably larger portion of the Iowa electorate than they do the national Democratic primary electorate.

White Democrats make up a little less than 60% of the potential Democratic electorate in our last few national polls. In Iowa, they typically make more up than 80% of actual caucusgoers.

Likewise, our poll finds that a majority of likely caucusgoers have at least a college degree. Nationally, that's flipped. It's closer to 60% of potential primary voters saying they don't have a degree, while 40% say they have one. 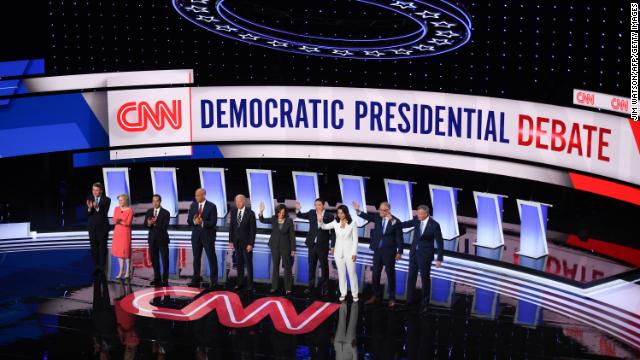 Elizabeth Warren and Joe Biden come in with 22% and 20% respectively in our Iowa poll. But what would happen if some of their main competitors decided to drop out or began bleeding support? It seems that Warren would stand a better chance of benefitting than Biden would.

Here's how the topline would breakdown if candidates' supporters were reallocated to their second choice in our poll.

If Bernie Sanders backers were reallocated:

(Unlike some national polling, Warren clearly benefits from Sanders out of the way in this poll.)

If Pete Buttigieg backers were reallocated:

If Kamala Harris backers were reallocated:

There are two ways to look at these numbers.

First, Warren's margin either stays the same or grows a little larger. That's a very good sign in caucuses where there is a 15% threshold for delegates and where plenty of movement could occur with months to go until people caucus.

Second, the race is actually fairly similar even if one candidate does something that causes their backers to abandon them. That's partially because none of the candidates besides Warren or Biden are actually pulling in a substantial amount of support. If this race is going to move a lot, it would be because of movement across numerous candidates' supporters, not just one. 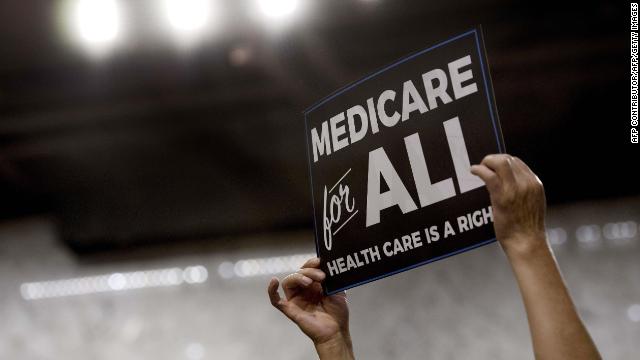 Right now, there's an intense health care debate among Democratic presidential candidates about whether to go with 'Medicare for All' or a government run health care option.

Elizabeth Warren and Bernie Sanders have been skewered by fellow Democrats for supporting Medicare for All, and national polls suggest the public option is more appealing.

But perhaps a better question is whether backing Medicare for All is actually an electoral anchor.

The nearly 70% combined total are comfortable with Medicare for All looks like the national polling when Democrats were asked whether it is a good idea.

Not surprisingly, Warren does her best, 31%, among caucusgoers who say Medicare for All should be policy. She drops to 9% among those who are uncomfortable with it.

Biden, on the other hand, does his best with those who are uncomfortable with Medicare for All, at 30%. He does his worst, 14%, among those who think it should become policy. (Sanders gets 22% among this group.)

But the key group here is the middle one: those who are comfortable with Medicare for All, but believe it could cost Democrats the general election.

Warren right now comes in with 24% among this subset of caucusgoers. Biden is at 20%. That 4 point margin matches nearly perfectly with the overall margin in the poll of 2 points.

If Warren ends up losing Iowa, it could be because of caucusgoers who like her ideas, though don't think general election voters will. 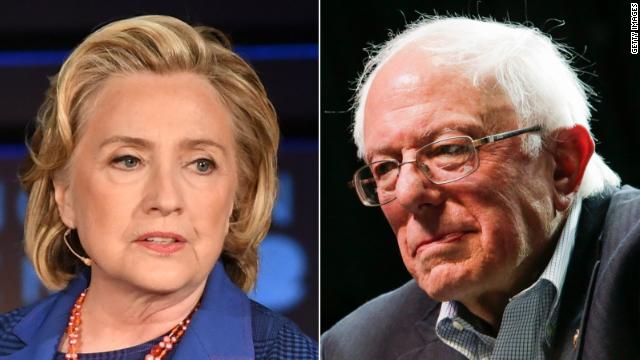 One of the reasons I've been skeptical about Bernie Sanders' chances is because there are a lot of bad feelings left over from the 2016 primary. Well, this poll confirms those bad feelings.

Interestingly, no other candidate besides Biden or Sanders exhibits a large gap between former Clinton and Sanders caucusgoers in 2016. 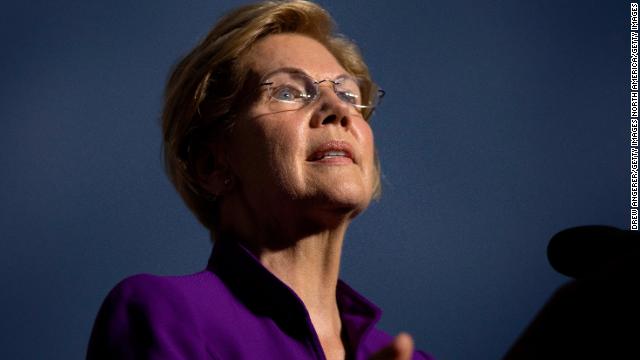 One of the big questions this cycle seems to be whether Democrats want to choose someone who is more aligned with them on the issues or want someone who is more likely to beat President Donald Trump. In our poll, 63% say electability is more important, while just 31% say issue agreement.

You might think that would do in Warren, who is on the left end of the party.

Here's the thing: Warren does about equally well with those voters who prize electability (22%) and issue agreement (25%). This matches up with national polling suggesting that Warren may not be winning the electability argument, but she's more than holding her own.

Put another way, Biden isn't winning the electability argument in Iowa at this point. And if he can't win that argument, his campaign is likely in plenty of trouble.

Sanders' campaign is most definitely in trouble because, although he's at 16% among issue alignment voters, he's at just 9% among electability voters.