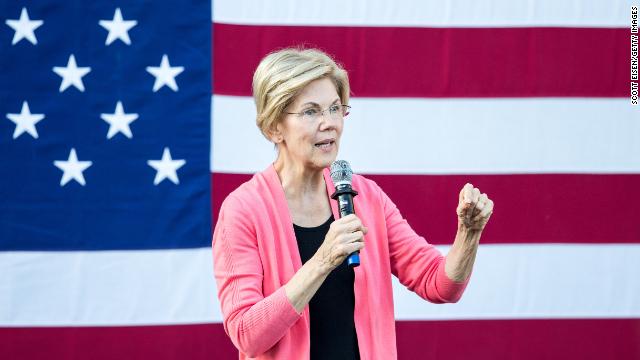 Former Vice President Joe Biden holds a large 37% to 16% advantage over Massachusetts Sen. Elizabeth Warren in South Carolina among likely Democratic primary voters. Vermont Sen. Bernie Sanders is at 11%. No one else gets above 5%.

This poll result is in-line with other polling from the fourth-in-the-nation primary state that has generally given Biden a lead ranging between 20 points to 25 points.

Meanwhile, Nevada's Democratic caucuses are much closer. Biden and Sanders each have 22%, while Warren is at 18% among likely Democratic caucus-goers. This difference is well within the margin of error, and its best to think of Nevada as a three-way top tier of Biden, Sanders and Warren. No one else gets above 5% in Nevada.

Again, this result is generally what other recent polls have looked like. There hasn't been a clear leader in this third-in-the-nation state.

One other note: both of these polls conducted fromSeptember 22 to September 25. That is, they were in the field as the latest developments of the impeachment inquiry of President Donald Trump took shape. We'll obviously need to see more polling down the line to see what effect this has on the Democratic race.