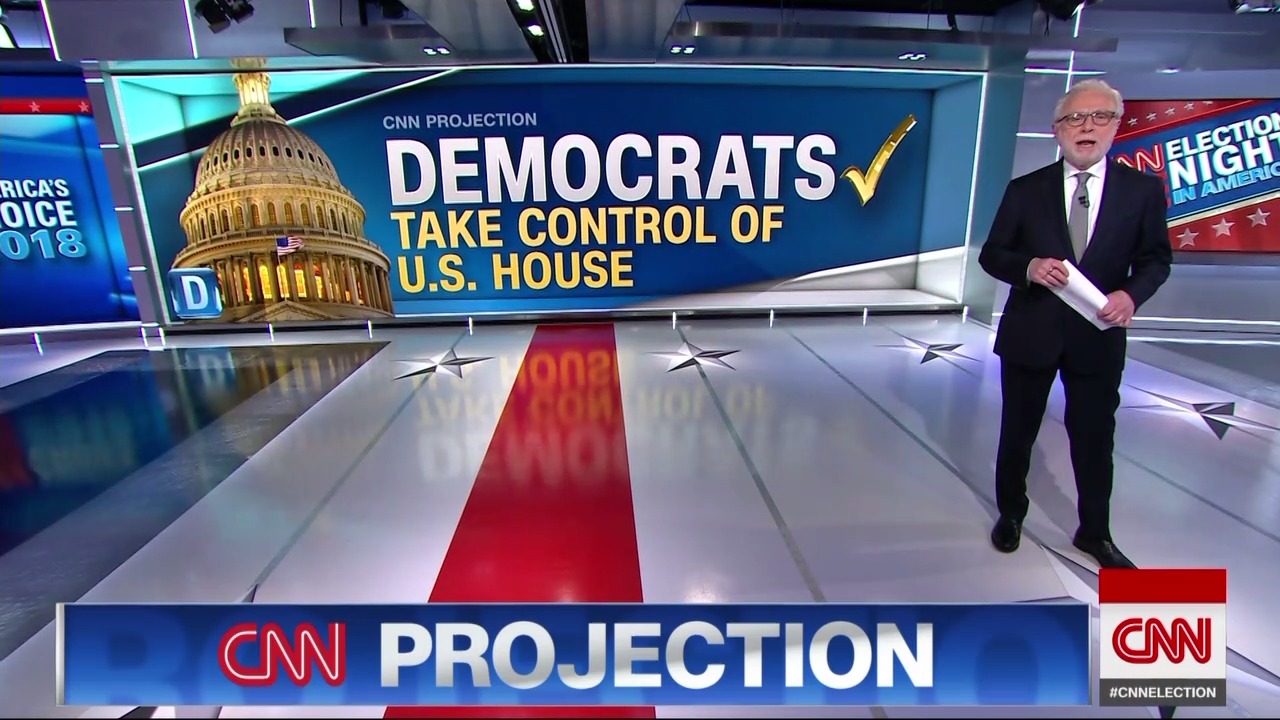 Democrats will take control of the House of Representatives for the first time in eight years, CNN projects, gaining new power to challenge President Donald Trump for the next two years of his presidency.

Republicans are projected to keep the Senate, setting up a divided Congress until the 2020 elections.

The Democratic path to victory has run straight through the nation’s suburbs, where the party has seized on deep antipathy towards Trump. Early victories in the suburbs of Washington, D.C., Miami, Detroit, Denver, Philadelphia and New Jersey have anchored Democratic wins on Tuesday evening.

In honor of the 2018 midterm elections, the iconic Empire State Building shone red, white and blue over the New York City skyline.

Since 1976, the building has changed colors to recognize various occasions over the years.

"The system is capable of displaying 16 million colors, which can change instantaneously," according to the Empire State Building's website.

I don't really see how Democrats Andrew Gillum and Sen. Bill Nelson make up this deficit.

But as for the US House? This looks like a wave to me. Democrats will likely have a net gain of 35 to 45 seats.

Watch below: Where things stand for control of the House 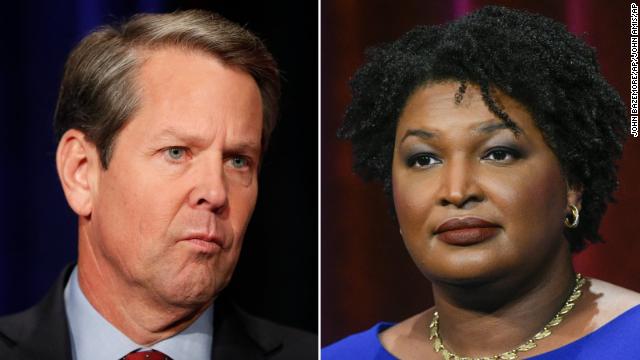 Republican Brian Kemp is well ahead in his quest to keep Georgia's governor's mansion red.

He has been leading Democratic challenger Stacey Abrams all night and, if he can hold on to a majority of the vote, he could win the race outright tonight.

A two-term secretary of state, Kemp has faced withering criticism from Democrats over his decision to stay in his job as the state's chief elections official while running for its top office.

Tensions over Kemp's handling of the race blew up on Sunday morning when his office leveled an accusation, without evidence, that implicated Georgia Democrats in "a failed attempt to hack the state's voter registration system." Days later, there is still no proof, but Democrats in Georgia will feel they were unfairly forced to divert their resources to pushing back against the claim.

Abrams' bid for history -- she would be the first female African American governor in US history -- has attracted national attention and visits from leading 2020 contenders like Sens. Elizabeth Warren and Kamala Harris.

She campaigned with Oprah Winfrey and former President Barack Obama came to Atlanta for a rally last week.

The highest profile out-of-towners to back Kemp were President Donald Trump and Sen. Marco Rubio -- one for the MAGA crowd and one for the more traditionally conservative business crowd.

Watch below: More on Stacey Abrams

Democrats have picked up three more House seats, and the Republicans picked up one, CNN projects. They are:

Where things stand: Democrats need to pick up 9 Republican-held seats to win the House.

Watch below: The latest projections for the House in favor of Democrats 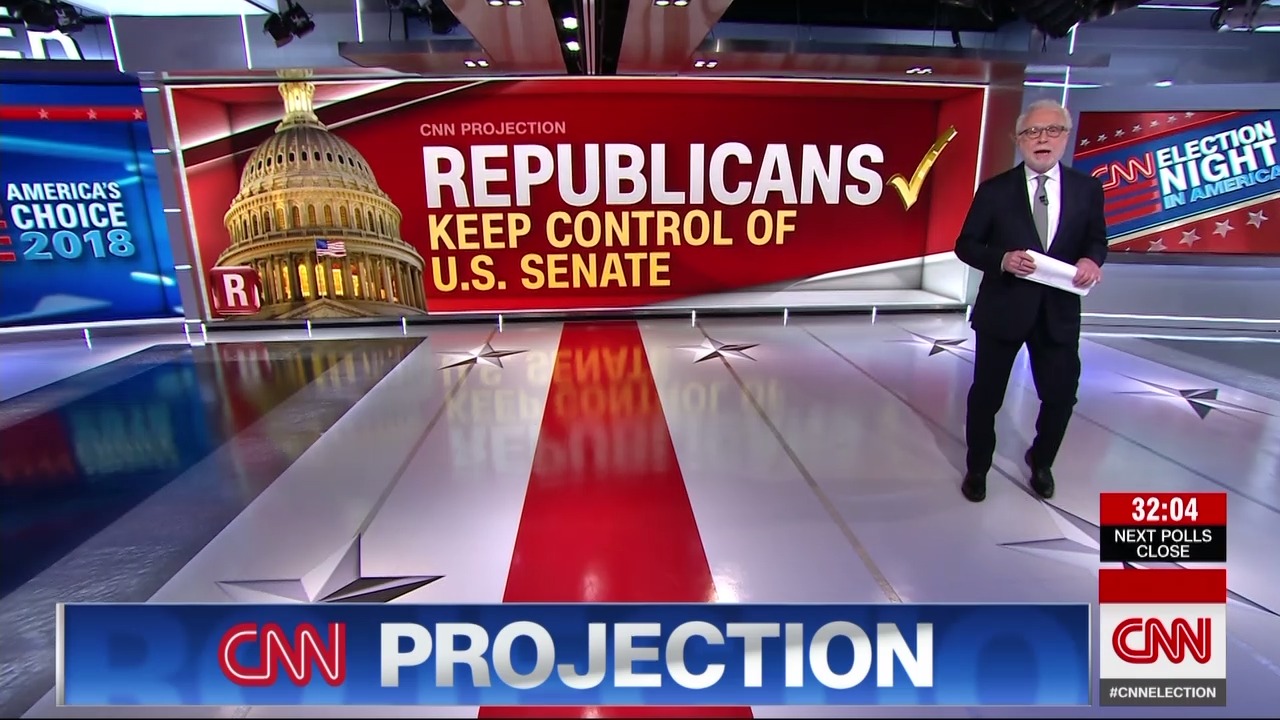 Republicans will maintain control of the Senate after ousting Democratic senators in Indiana and North Dakota, CNN projects.

Republicans staved off Democratic challenges in Tennessee and Texas, eliminating the Democrats' path to the two-seat gain they needed to claim the majority.

Watch below: Republicans hang on to control of the Senate 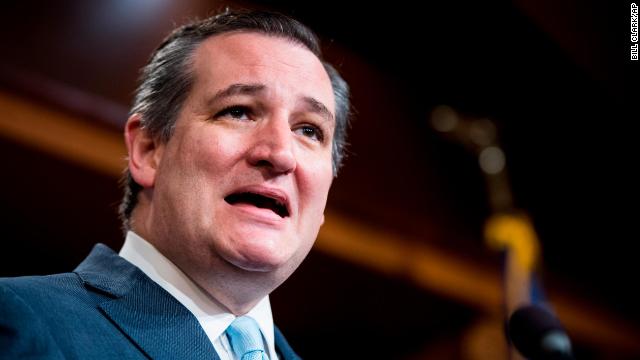 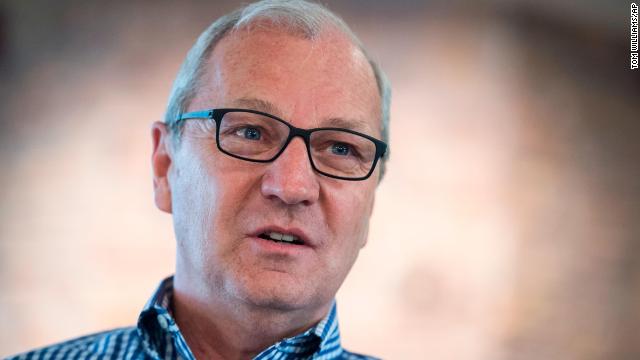 Republican Rep. Kevin Cramer will win his bid to be the next senator from North Dakota, CNN can project, ousting incumbent Democrat Heidi Heitkamp and dealing a significant blow to Democrats’ prospect at taking control of the Senate.

Heitkamp, in the closing months of the campaign, was widely considered the most vulnerable Democratic incumbent in the Senate, given Trump won North Dakota by 36 percentage points.

That position was cemented when, weeks before Election Day, her campaign mistakenly identified sexual assault survivors in an ad, forcing the Democrats to emotionally apologize and promise to make up for the mistake.